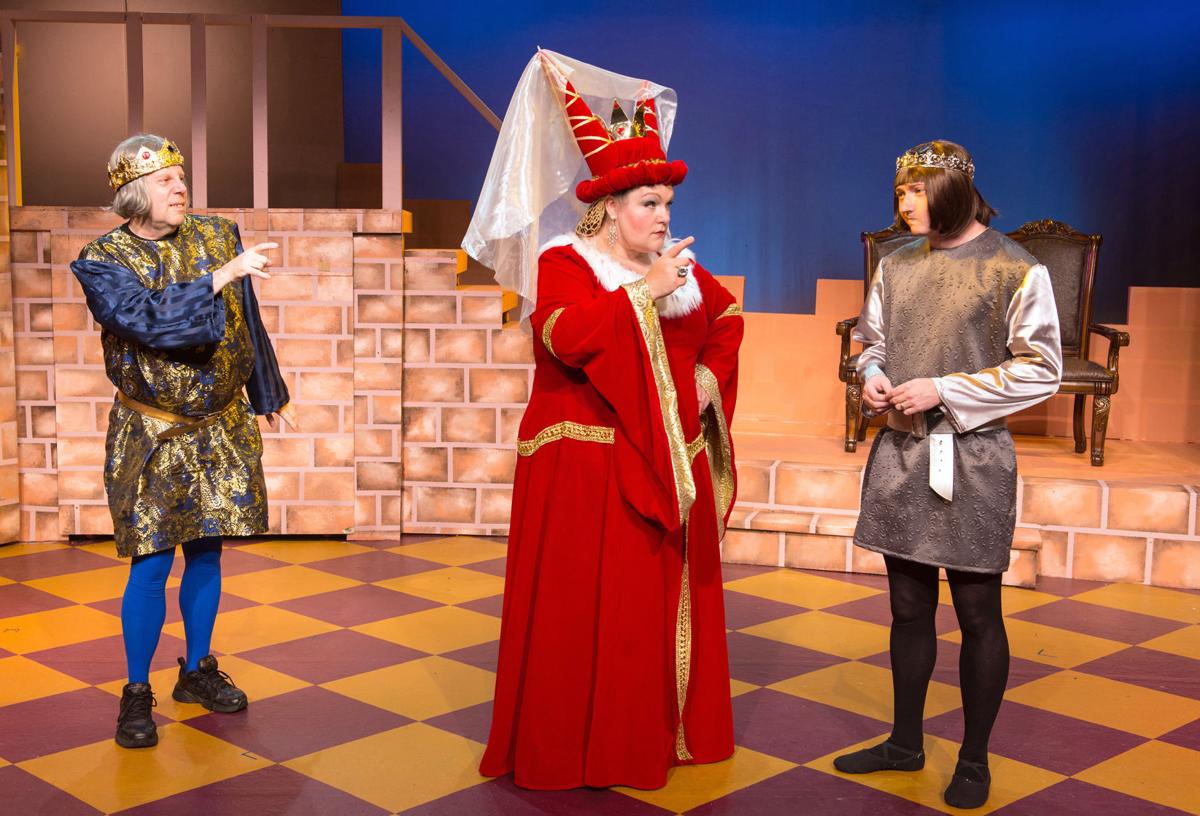 “Once Upon a Mattress” tells the story of “The Princess and the Pea.” 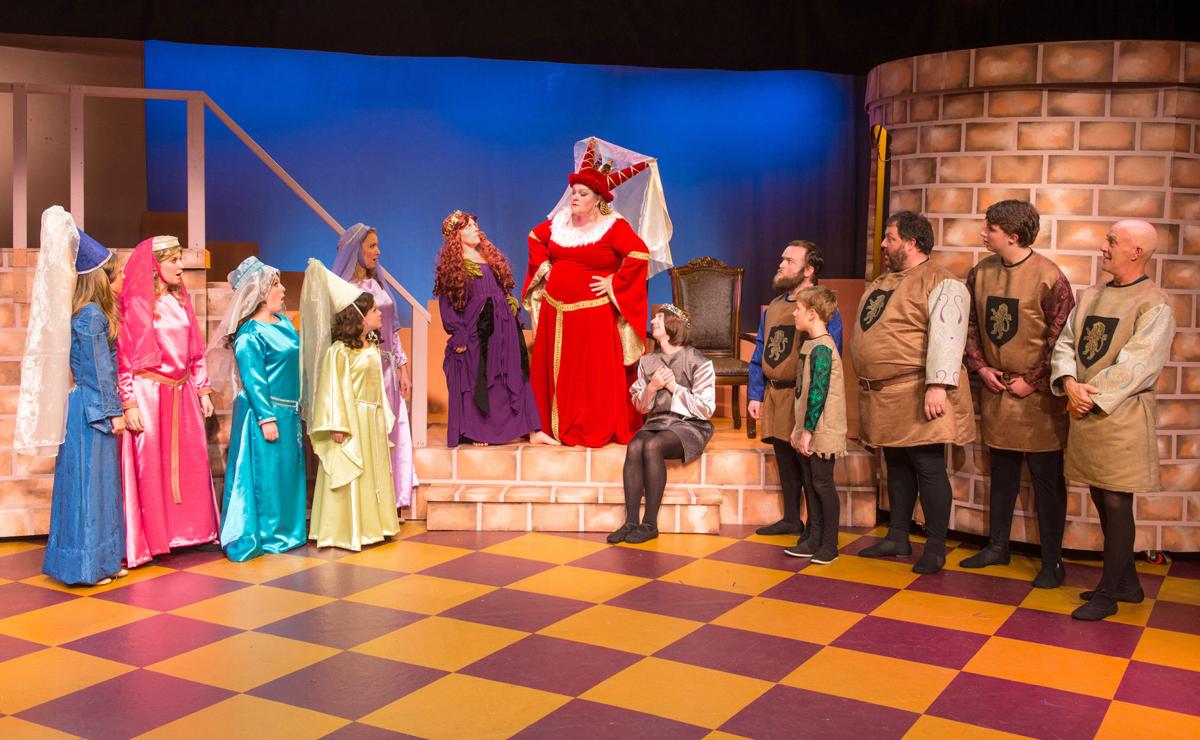 The Coaster Theatre will present the zany musical farce “Once Upon a Mattress” this holiday season.

“Once Upon a Mattress” tells the story of “The Princess and the Pea.”

The Coaster Theatre will present the zany musical farce “Once Upon a Mattress” this holiday season.

The days have grown short, the nights cold, long and mostly damp. It’s time again to hunker down and find delight close to home. No one’s driving to the zoo for an outdoor concert this time of year.

So, in an effort to bring some lighthearted levity to a sometimes tenebrous season, “an antidote to the fall and winter blues,” says director Arnie Hummasti, Cannon Beach’s Coaster Theatre Playhouse is presenting the musical comedy “Once Upon a Mattress” as its holiday production.

Those of us who can sing “The Rain in Spain” along with Henry Higgins and “Chim Chim Cher-ee” with Bert and Mary may well find ourselves mute, however, when Princess Winnifred belts out the strapping and incongruous “I’m Shy.” If you’re unfamiliar with “Once Upon a Mattress” you’ve missed some clever show tunes. Who here on the coast won’t empathize with Princess Winnifred, who hopes to escape her own “land of foggy, foggy dews?” Somedays we could sing with her:

The swamps of home are brushed with green and gold

At break of day.

The swamps of home are lovely to behold

Based upon Hans Christian Anderson’s “The Princess and the Pea,” “Once Upon a Mattress” describes the surprising candidature of Princess Winnifred the Woebegon for the hand of Prince Dauntless in marriage, a marriage all the kingdom’s young lovers wait for desperately since the law decrees, “Throughout the land no one may wed until Dauntless shares his marriage bed.”

Anderson’s original folk tale, written in 1835, was a children’s story, short enough to read at bedtime. From it, decades ago, composer Mary Rodgers, lyricist Marshall Barer and writers Jay Thompson and Dean Fuller created a musical farce that, in 1959, introduced audiences to Carol Burnett for the first time. Her rollicking interpretation of Winnifred launched her long career in comedy.

For, unlike Anderson’s princess, Winnifred is certainly not delicate or sensitive, nor is she likely to pass conniving Queen Aggravain’s rigged test of Winnifred’s sufficient aristocratic sensibility: a night’s sleep upon 20 feather mattresses disturbed by a single pea.

“Our Winnifred will give Carol Burnett a run for her money,” says director Hummasti of Amanda Payne, a veteran Coaster performer who played Belle in last year’s production of Disney’s “Beauty and the Beast.”

Payne isn’t the first to try. Not only have Sarah Jessica Parker, in a ’90s Broadway revival, and Tracey Ullman, in a 2005 Disney television movie, played that role, but “Once Upon a Mattress” is perhaps the most frequently produced musical in America, a favorite of amateur community theaters. “If anyone’s been involved in theater over the past 50 years, they probably know this show,” says Jenni Tronier, who directs marketing and operations at the Coaster.

Judith Light, designer and creator of 23 costumes for the production, agrees. “I was talking with the young cashier in the fabric store, and she said, ‘Oh, I did “Once Upon a Mattress” my senior year of high school two years ago.’ Young people know this musical. It’s very popular.”

Aftyn Garvin, a Lady-in-Waiting in this her first Coaster production, describes the show’s continuing appeal to young audiences. “Actually, I find it’s a little bit feminist, in a way. The main character Winnifred is a very strong woman who defies social norms. She’s a tomboy and finds love without being the sort of princess that all the other ladies in waiting are.”

Don’t expect a moral, however. “It’s basically a zany, musical farce with no messages or anything,” says Hummasti. “Our intent is to give the audience a rollicking good time. We want to hear them chuckling on the way out.” Hummasti, during auditions, encouraged actors to “really chew the scenery.” None of the characters is a complicated soul. “They’re all stock characters,” says Hummasti, “but they’re interesting. All of them have their eccentricities, and I’ve encouraged the cast to play with those.”

Producing a farce presents its own challenges. “Comedy is tough,” he says. “You need precise timing and visual cues, facial expressions. This cast is doing a great job. I’m really fortunate to have such talented people.”

The script and song lyrics hide double entendres and absurdities that keep the audience nimble. “It reminds me of Bugs Bunny,” says Sheila Shaffer who plays the Wizard. “There is adult humor, but it’s been camouflaged.”

“Once Upon a Mattress” is director Hummasti’s first production with the Coaster Theatre. After a lifetime in theater studying, acting, teaching and directing, he still delights in the work. “Drama is an art,” he says, “non-competitive — well, after try-outs, that is — and collaborative among talented people toward a common end. It’s very satisfying.”