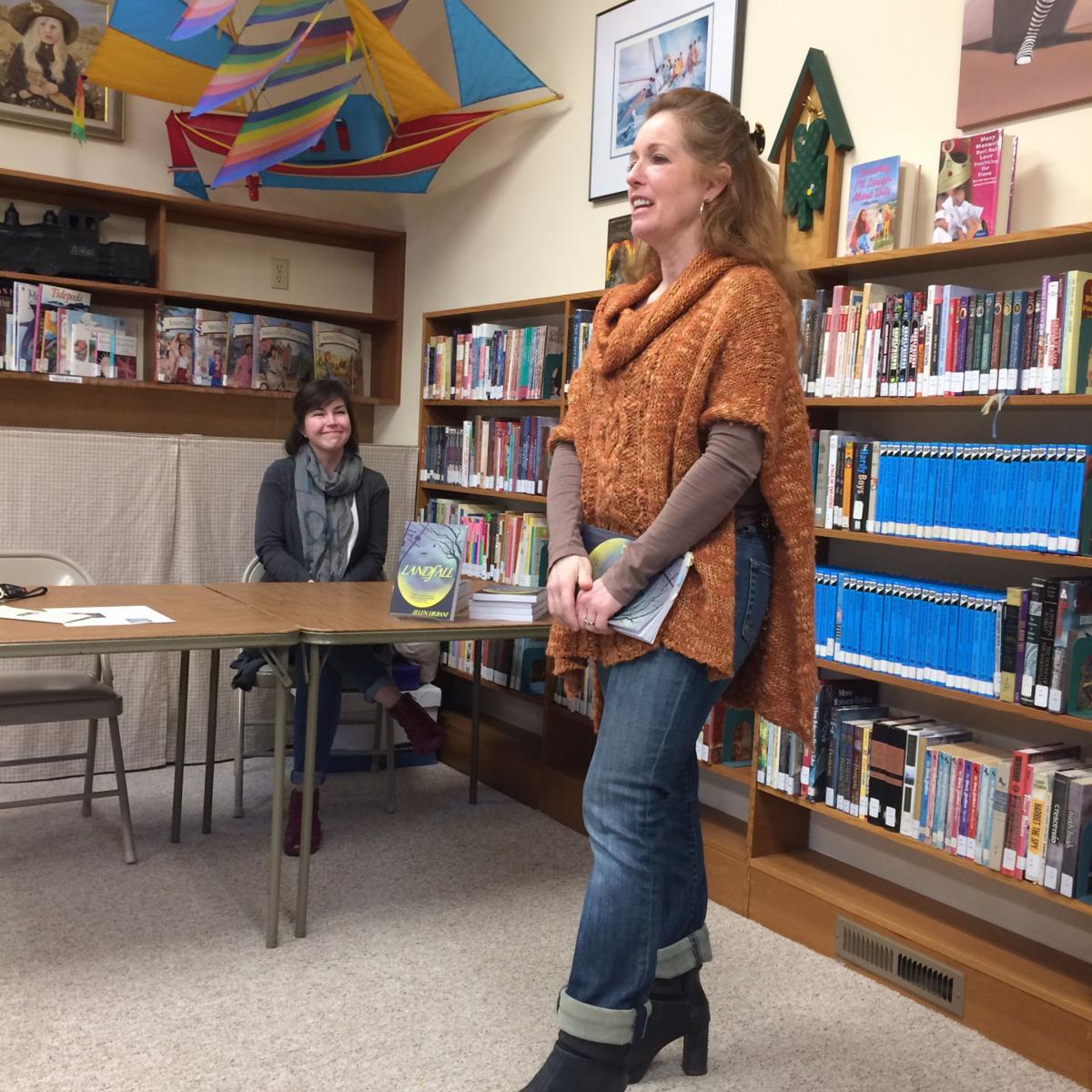 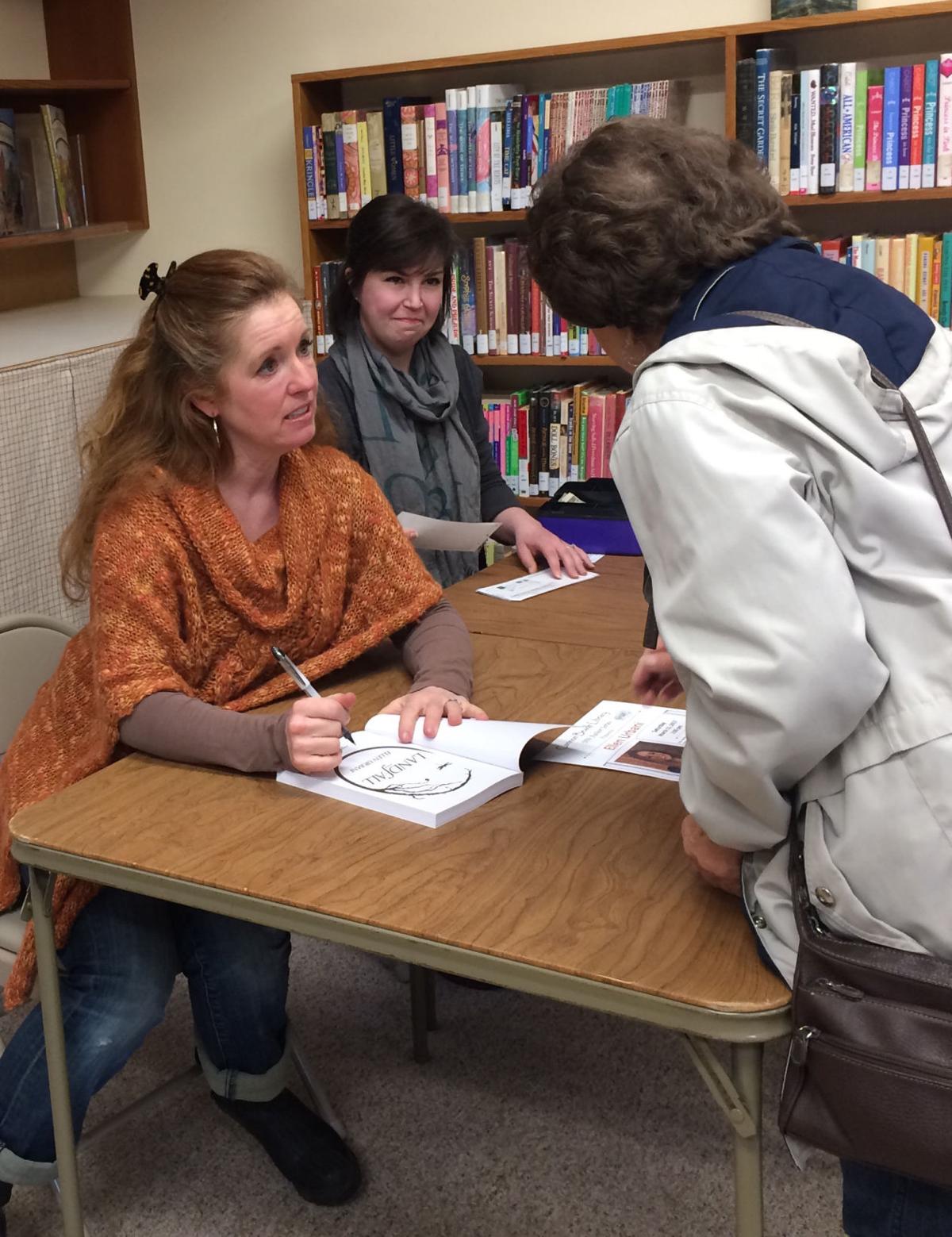 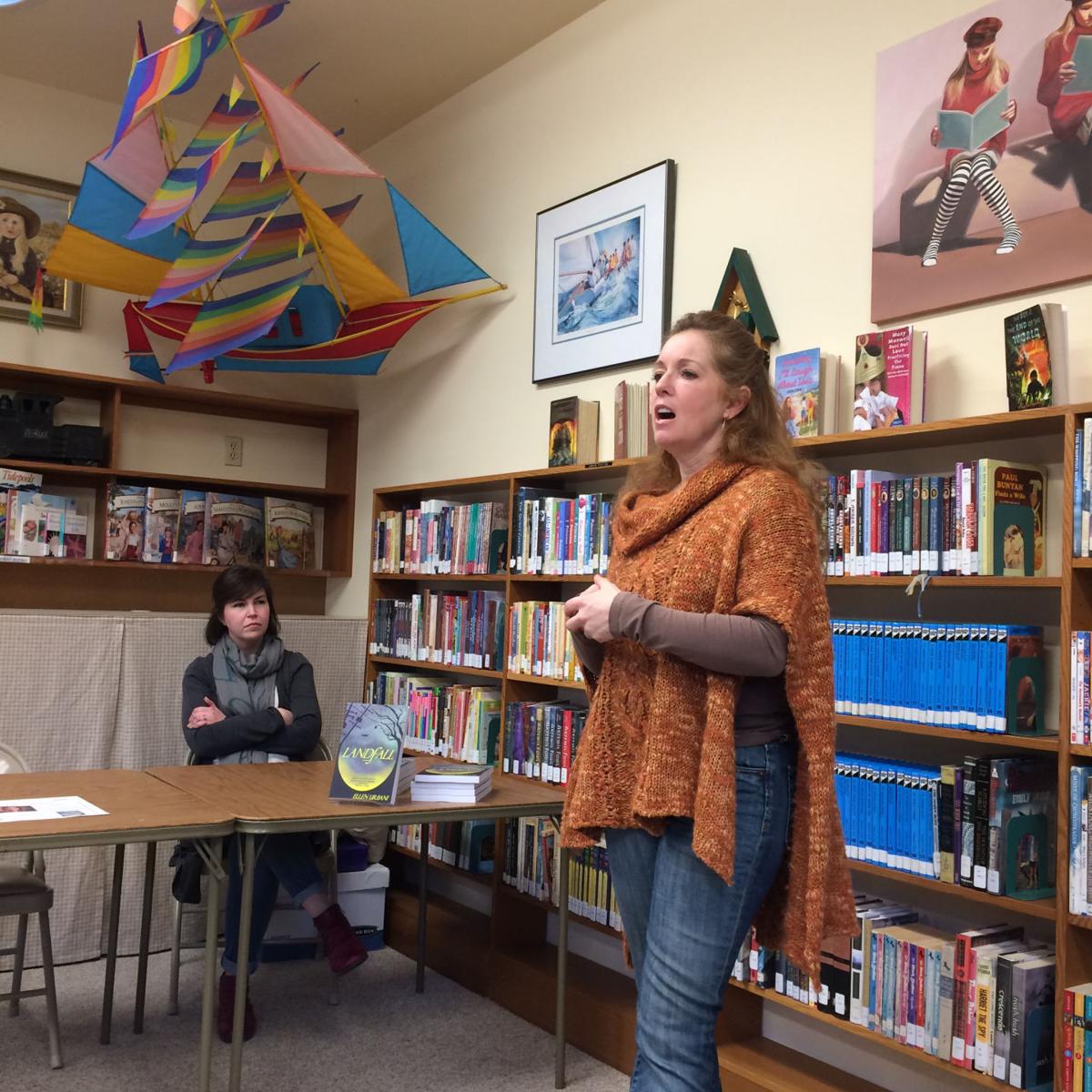 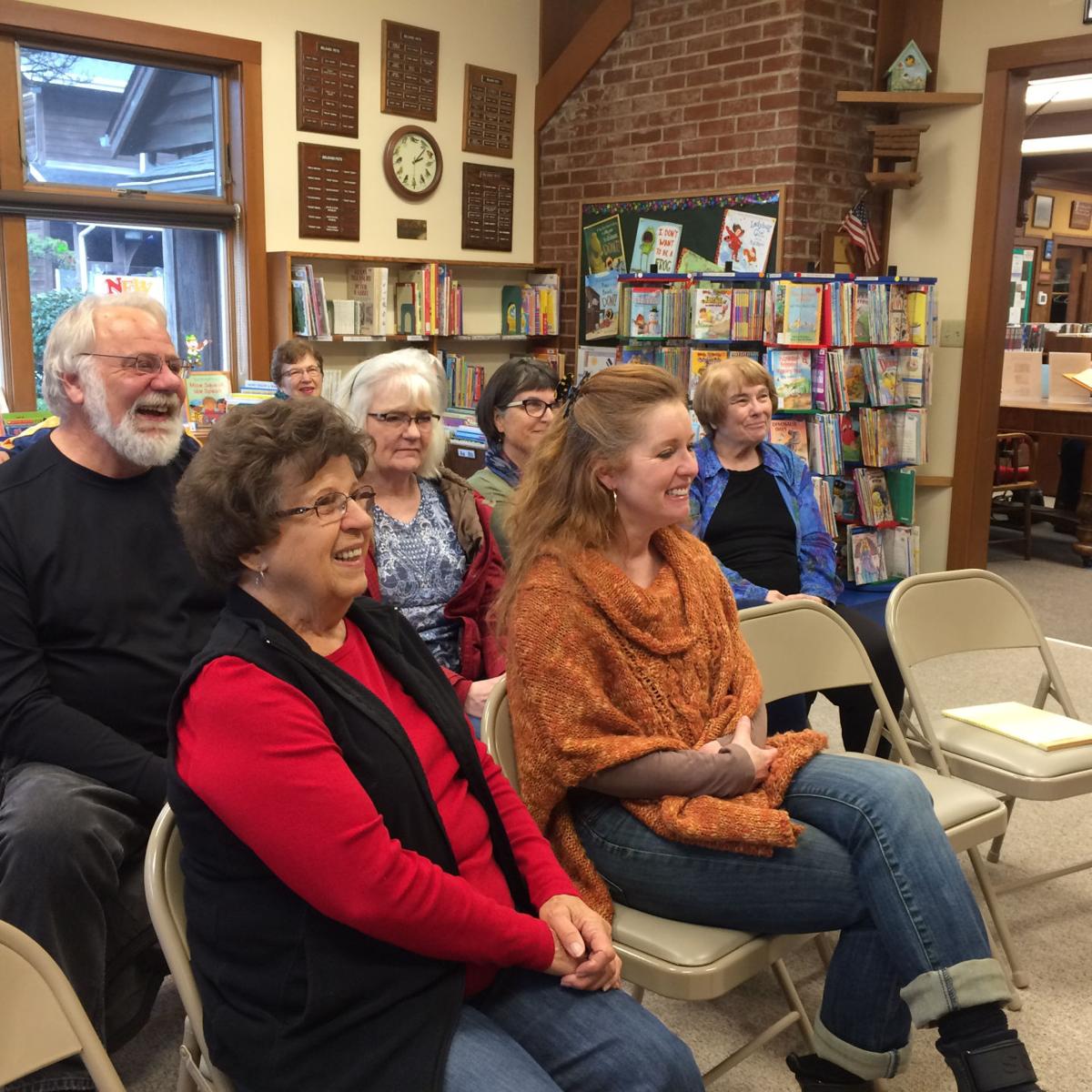 On a rain-soaked afternoon, March 11, author Ellen Urbani spoke to an engaged audience as the guest of the Cannon Beach Library’s Northwest Author Series. Urbani mingled with the audience, introduced herself to individuals and took a seat among the many who dared to venture out into the elements.

Urbani opted to let the audience decide the fate of the hour. She could talk about her approach to writing “Landfall” or spend most of the hour reading passages from the book. Choosing the former, each person listened intently to the backstory of how Urbani came to write “Landfall.”

When the storm hit, Urbani a former mental health specialist for the U.S. Department of Homeland Security and advisory board member at the Annenberg Center for Health Science Research, had recently given birth to her second child and was unable to travel to New Orleans.

Urbani explained that if able, she would have been the person who went in to set up evacuee centers and provide mental health care. “The children’s father went to New Orleans and was there doing emergency medicine. I was on the phone consulting with people who were down there, but I was not on the ground when that storm hit. “Hurricane Katrina changed my life in a lot of ways even though I wasn’t there when it happened. But Katrina was a significant fracture for me in the way it was for a lot of people who survived that storm in that your life was different the day after the storm than it was the day before,” she added.

Her husband did return, but not to his family. She found herself newly divorced and on her own with two young children. She resigned from her job as a medical counselor in cancer centers and took a leap of faith to write fulltime. She enjoyed writing and it became a form of therapy, she said. Being from the South, Urbani’s characterization of the victims of that storm allows for a fictional interpretation of these historic events.

Her family was horrified upon hearing the news and burst into tears, not about the divorce or that she had left her career behind, but at the thought of her writing about them. “They begged me: please don’t do it.”

Afterwards, she respected their rights and agreed not to write the memoir.

She decided to go in a different direction and make something up. Writing fiction was new and frightening. After some thought, she realized she had lived on the edge before and why not embrace fiction writing as a new challenge. She could, she said, still take similar themes she wanted to write in the memoir and filter them into her fiction writing. “And that is where ‘Landfall’ came from.”

“In so many ways, we fail to know each other,” Urbani said. Think about the people you’re closest to, the secrets we keep from each other. Sometimes we wind up closer to a stranger than the person we’ve chosen to spend our life with. Even with fiction, we let ourselves seep into our writings.”

She posed the question: “Can we come to understand the people we love?” and answers, “that is why I wrote ‘Landfall’ — to find the paths through these secrets and a way toward knowledge.”

The first year was spent researching, mostly on the storm. Although the book is not about the hurricane, Katrina became a character, a backdrop for the story. When asked, Urbani said it took 18 months to write the book and another year to fine-tune.

“Landfall” follows the journey of two women named Rose as they navigate the troubled waters of their lives in the wake of Hurricane Katrina. Showing the resiliency of the human spirit, Urbani creates a fictional world within the aftermath of the devastation caused by the storm. “Through the grief, came beauty,” she added.

Urbani said she is grateful that people read her books and when asked what the best part about being a writer is, she smiles appreciatively and answers: “I get to go around and meet people, talk about myself and people listen.”

Urbani earned a Bachelor of Arts in writing and design at the University of Alabama before serving as a Peace Corps volunteer from 1991 to 1993. Upon returning to stateside, she earned a master of arts degree in art therapy from Marylhurst University specializing in oncological diseases and trauma survival. Her work became the subject of a short documentary “Paint Me a Future.”

“Landfall,” a book of contemporary historical fiction, won the 2016 Maria Thomas Fiction Award from Peace Corps Writers, was named a 2015-16 Great Group Reads by Women’s National Book Association and was named Book of the Year in Lunel, France. “Landfall” was published in 2015 and premiered on the 10th anniversary of Hurricane Katrina.