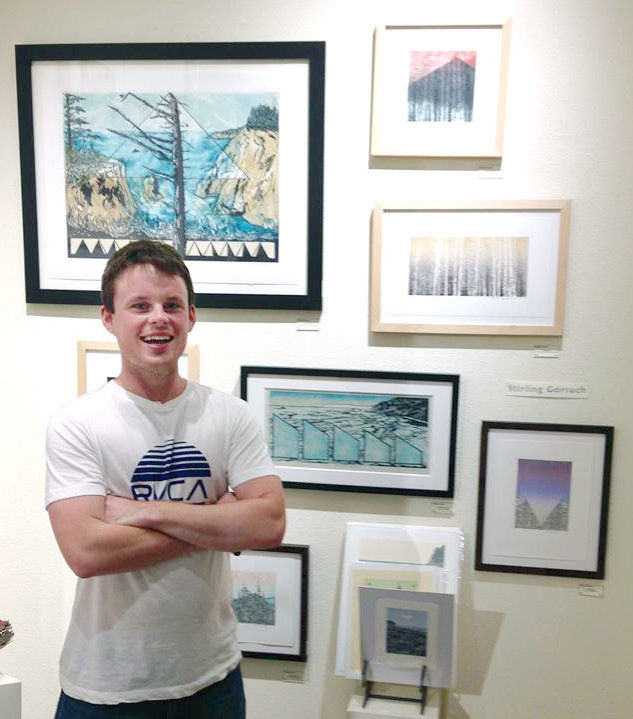 Stirling Gorsuch, an artist who grew up in Cannon Beach and now lives in Portland, will exhibit his work at the Cannon Beach History Center & Museum in the show “Oregon Visions,” opening Oct. 8. 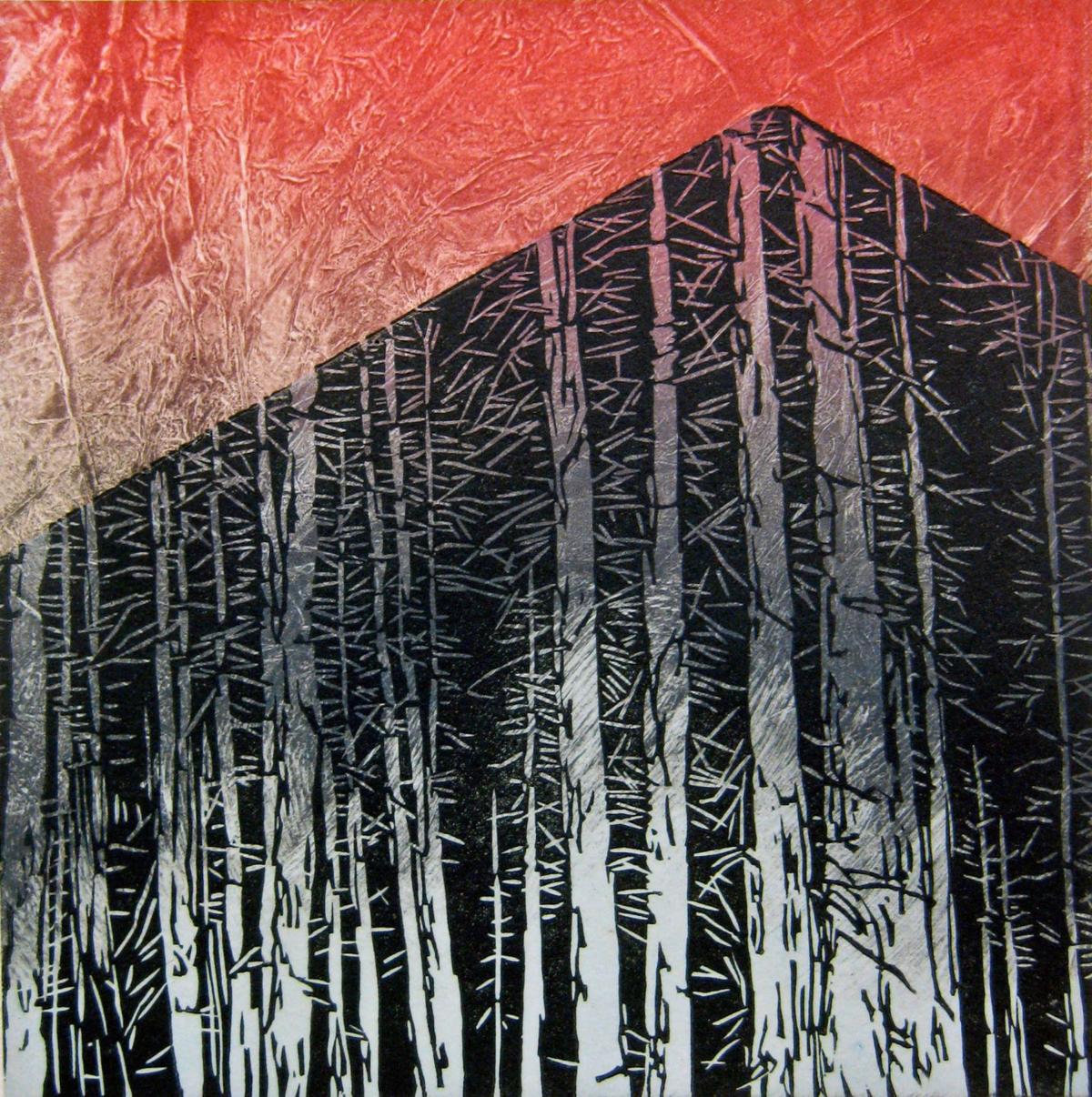 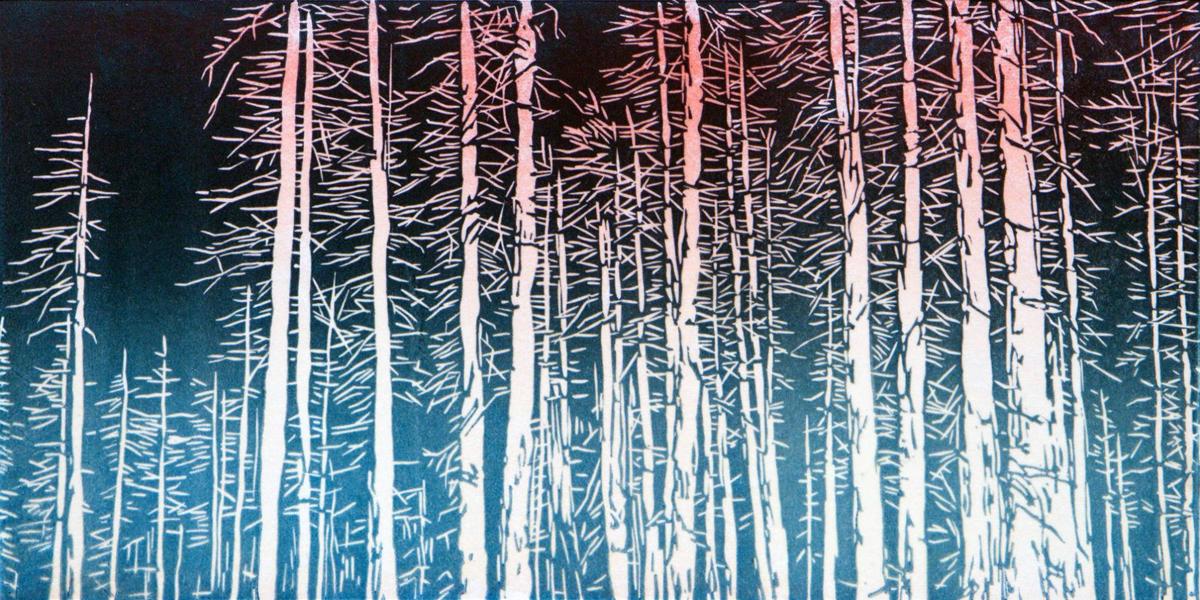 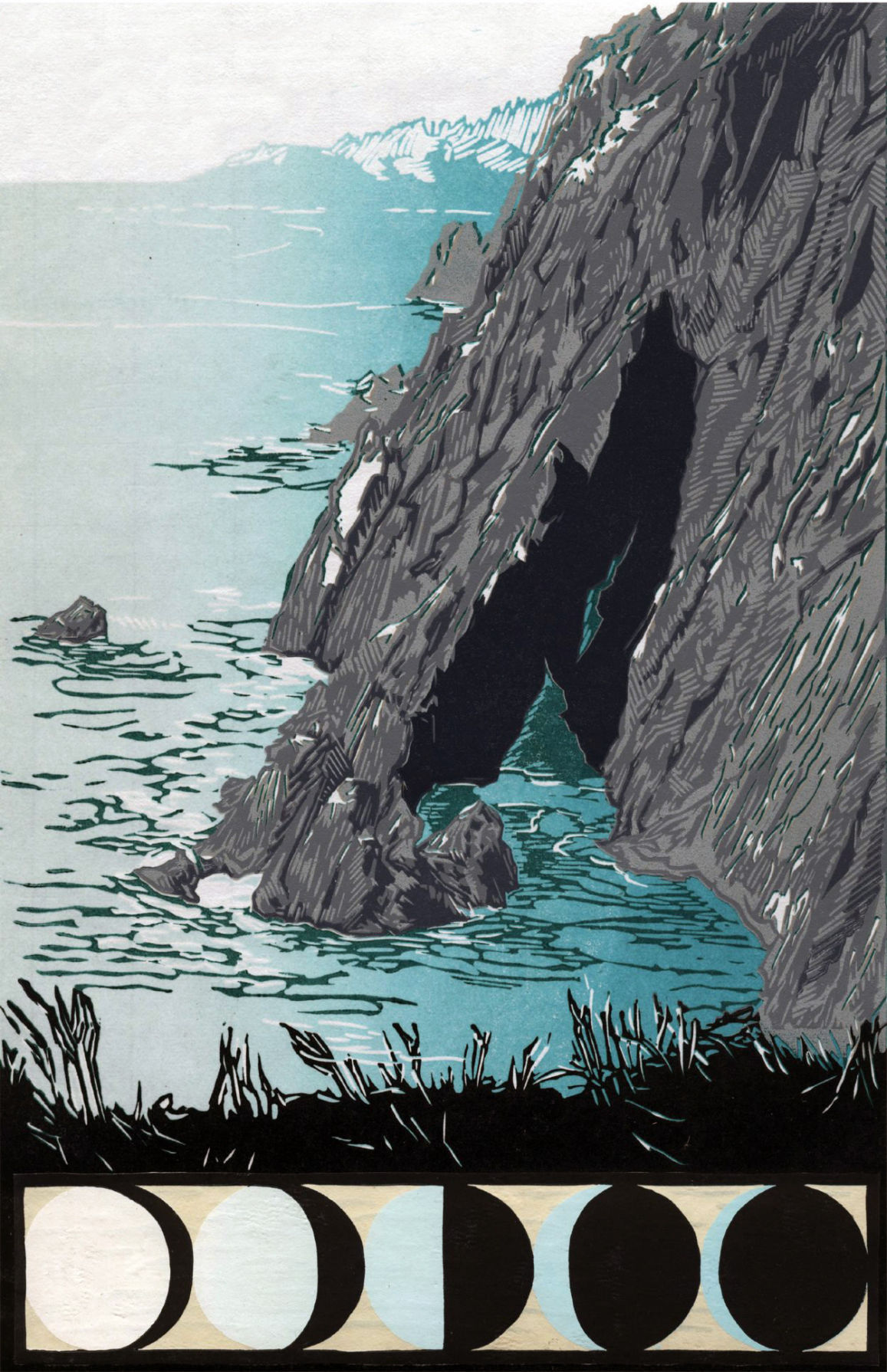 Stirling Gorsuch, an artist who grew up in Cannon Beach and now lives in Portland, will exhibit his work at the Cannon Beach History Center & Museum in the show “Oregon Visions,” opening Oct. 8.

Stirling Gorsuch is fascinated by how time shapes a landscape. But the linocuts, etchings, monotypes and other print work he will exhibit at the Cannon Beach History Center & Museum also demonstrate how time has shaped the artist since his childhood in Cannon Beach.

“It’s a progression,” Gorsuch said of the exhibit, titled “Oregon Visions,” to be displayed beginning Oct. 8. “It shows a maturation; it’s an assortment of things I’ve done in Clatsop County and in Bend.”

Later, when he lived in the Bend area, forest fires, blizzards and dramatically changing seasons inspired him.

He observed how the environment changed even in a few hours, as the sun and clouds passed overhead.

“This exhibit is from a couple of years ago when I tried to integrate abstract shapes and symbols as ways of showing the passage of time in one scene,” Gorsuch said.

Window panes also often are used to show the effects of time moving across nature.

“It’s kind of like memory — seeing a place at a certain time, and this is the recording of that time,” Gorsuch said.

Coastal subjects are his favorite, said Gorsuch, who now works in Portland. His life in Cannon Beach brings back some nostalgia. “It’s a magical place; people are drawn to it for a reason,” he said.

“It’s a compelling place, with the colors and the light — they change so fast.”

To capture the landscapes, Gorsuch works from his photos and drawings. Sometimes, the message he is trying to make or the emotions he tries to evoke don’t come easily.

“At the base of Neahkahnie Mountain, there’s one tree I’ve probably done five different versions of,” he said. “It’s teasing apart something that doesn’t come easily.”

His view of his environment may have been kindled by his parents and Cannon Beach residents, Bonny and Richard Gorsuch. Bonny is a fabric artist and Richard is a painter — he once painted images of Haystack Rock every day for a year.

“They didn’t try to force me to be an artist; they encouraged me. Being around working artists forces you to look at the world differently,” Gorsuch said. “It was a great upbringing.”

He attended Cannon Beach Elementary School and, later, Clatsop Community College. He was one of the last students to study under the late painter and printmaker Royal Nebeker, who Gorsuch called “an amazing artist.”

After receiving the honor of “Student of the Year” in the college’s art department and graduating in 2013, Gorsuch went on to Oregon State University, where he studied with Japanese printmaker Yuji Hiratsuka and became his teaching assistant.

He works at Gamblin Artists Colors in Portland, which manufactures the inks he has worked with for years. Gorsuch had always been curious about how the inks were made. His job, he said, “is like scratching my own itch.”

The exhibit at the Cannon Beach History Center & Museum is one of several exhibits he has had locally and in Astoria, Portland, Corvallis and Bend.

“I remember going on a field trip there when I was in Cannon Beach Elementary School,” he said. “It’s a venue dear to my heart.”

Elaine Murdy-Trucke, the history center’s executive director, said she met Gorsuch when he began displaying his art at the Cannon Beach Gallery. His work, she added is a “great fit for the museum.”

“I know that he comes from a family of artists, but Stirling clearly has his own voice and vision,” Murdy-Trucke said.