Mark Brennan at work in front of his Manzanita Avenue home. 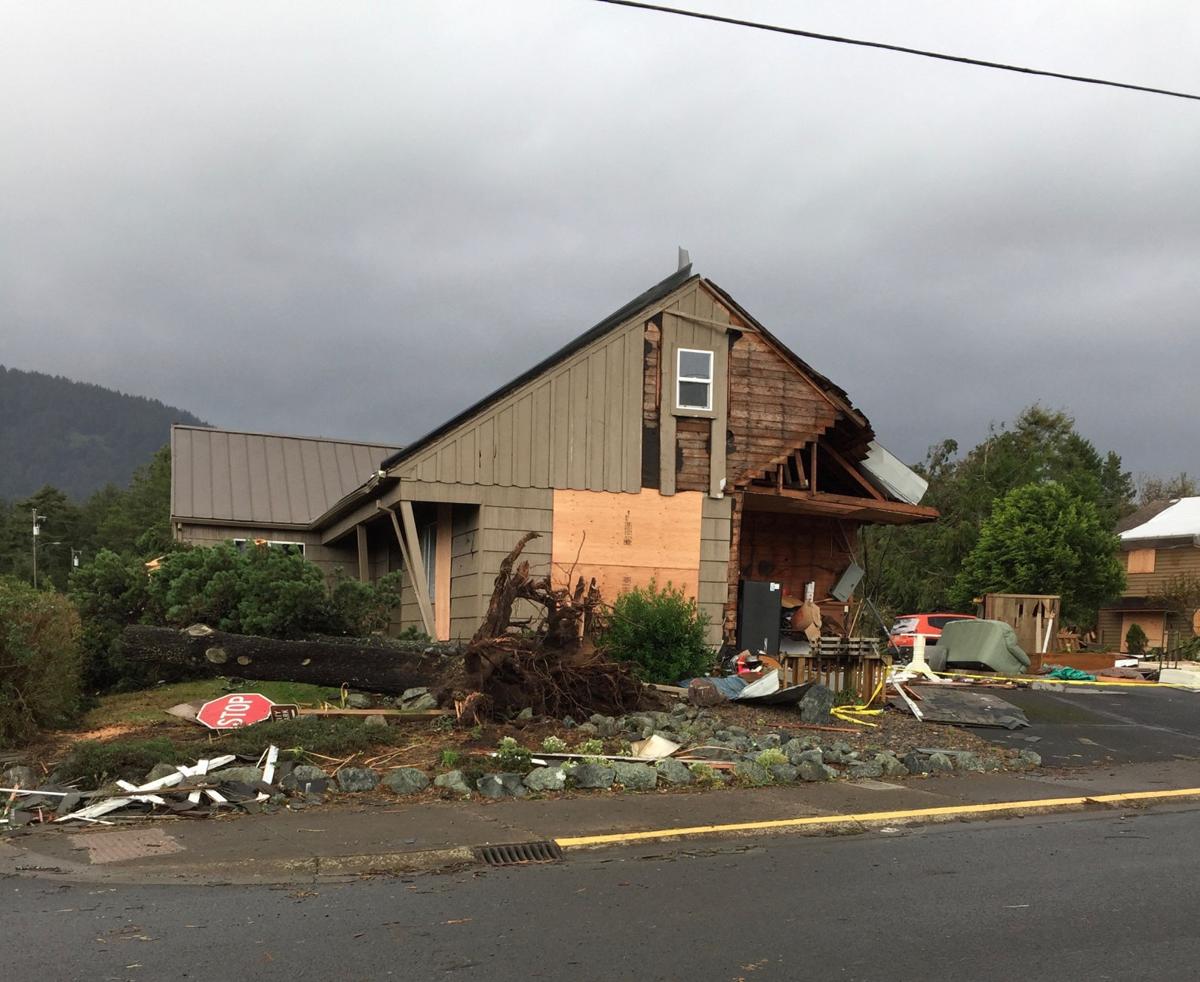 Damage along Laneda Avenue on Sunday. 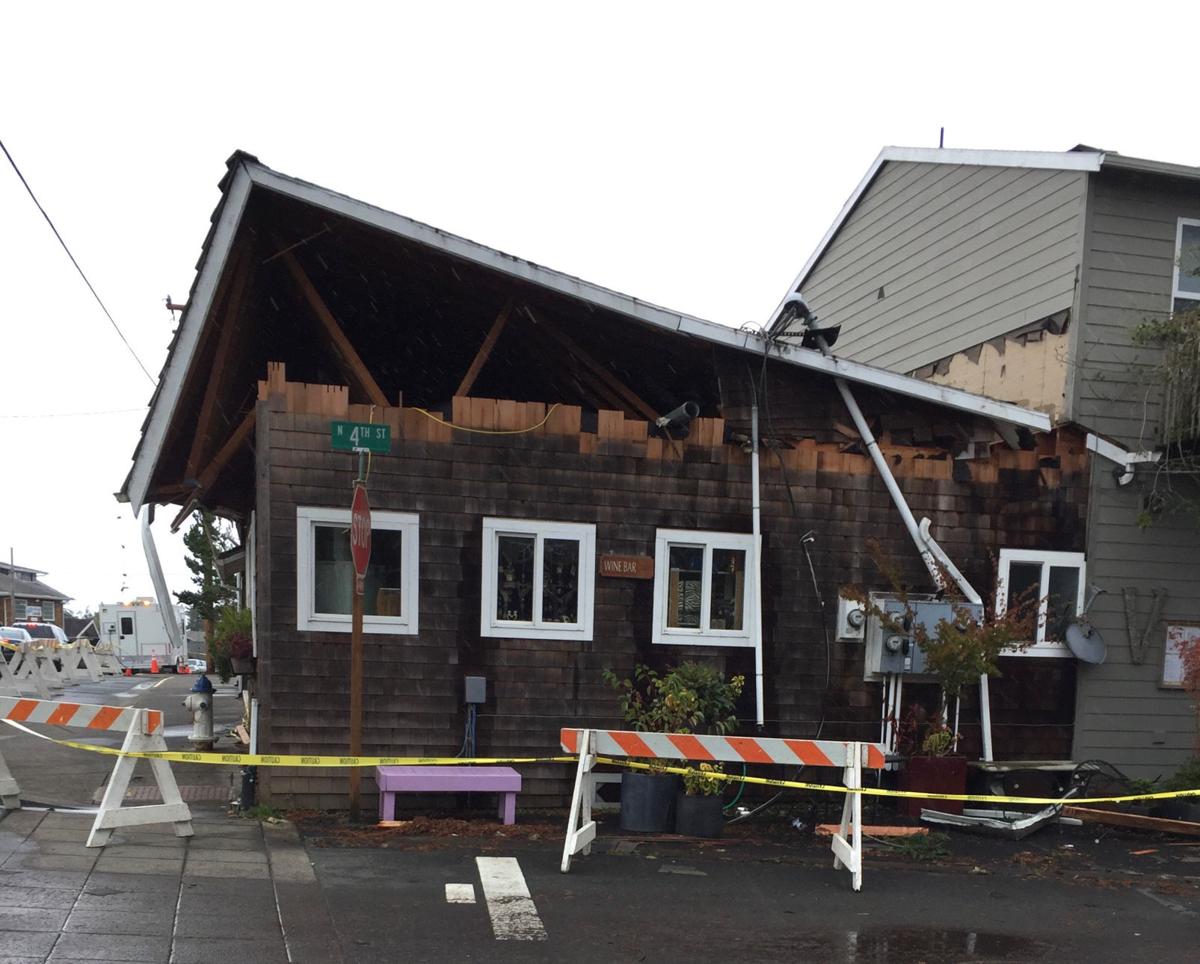 Mark Brennan at work in front of his Manzanita Avenue home.

Damage along Laneda Avenue on Sunday.

MANZANITA — Manzanita Avenue homeowner Mark Brennan was in Tigard when he saw his house on TV. “I was watching Channel 6 and I saw my house in the background,” he said Sunday. “There were four trees on it.”

The tornado that tore through Manzanita Friday morning sliced through town, past the main street of Laneda Avenue and across Fourth and Fifth streets to Manzanita Avenue. The funnel left damage in its wake and on Sunday, contractors, utility crews, and home- and business-owners were equipped with chainsaws and chippers clearing out debris from the storm.

Brennan came down to the coast and spent until 11 p.m. Friday night trying to clear brush before Saturday’s threatened second round of storms. On Sunday, he, like other neighbors, cleared logs, stacked brush and boarded windows.

In the aftermath, tourists in Manzanita were few, but the buzz of chainsaws sounded steadily through the city.

On Manzanita Avenue, contractor Mark Whitten was busy clearing wood. He’d been working since right after the tornado.

Steve Feltz, whose home was undamaged, said the tornado angled through town in a narrow swath. “It didn’t come up straight up Laneda,” Feltz said “It looks like it came from the southwest to the northeast. It surprises me there’s not more damage to the houses.”

Starlight Frost of Manzanita News and Espresso said she was at her home near Highway 53 early Friday morning when “bright pink lightning lit up the sky.”

She received a call from the barista on duty that “a small tornado just hit Manzanita.”

“From here, this seemed small to her,” Frost said Sunday morning at the cafe, located at 500 Laneda. “The funnel went right on the other side of the building.”

At Manzanita Sweets and Toylandia, “no one was in the building luckily,” Mark Eckstrom, whose mother owns the store, said. “I was at my house over in Pine Ridge when I got the tornado warning. Then I heard that it came to Manzanita and I came down to check on things.”

Eckstrom spent the weekend trying to clean up and boarding windows at the shop and for neighbors.

“Not really,” Eckstrom said. “You don’t really expect a tornado to come down in the middle of Manzanita.”

McCraw said 128 structures were damaged, from minor to severe. Four structures — two residences and two businesses — are too dangerous to enter. All but 44 residents had power by Saturday afternoon.

“(The public utilities department) planted a lot of poles really quick and connected the wires to get the electricity restored,” McCraw said. “Those guys are rock stars.”

The tornado came on shore to the south of Laneda Avenue and headed northwest crossing Laneda and other streets, before dissipating prior to striking U.S. Highway 101.

McCraw said the National Weather Service calculated that it was an EF2 tornado and was on the ground for seven-tenths of a mile. The tornado scale extends from zero to 5, and an EF2 classification describes a tornado that can cause considerable damage.

A second tornado was reported in Oceanside.

“The remarkable thing is being one of the stronger tornados to strike Oregon in recent history and for the distance it traveled, we had no deaths and no reported injuries,” he said.

Lyra Fontaine contributed to this report.