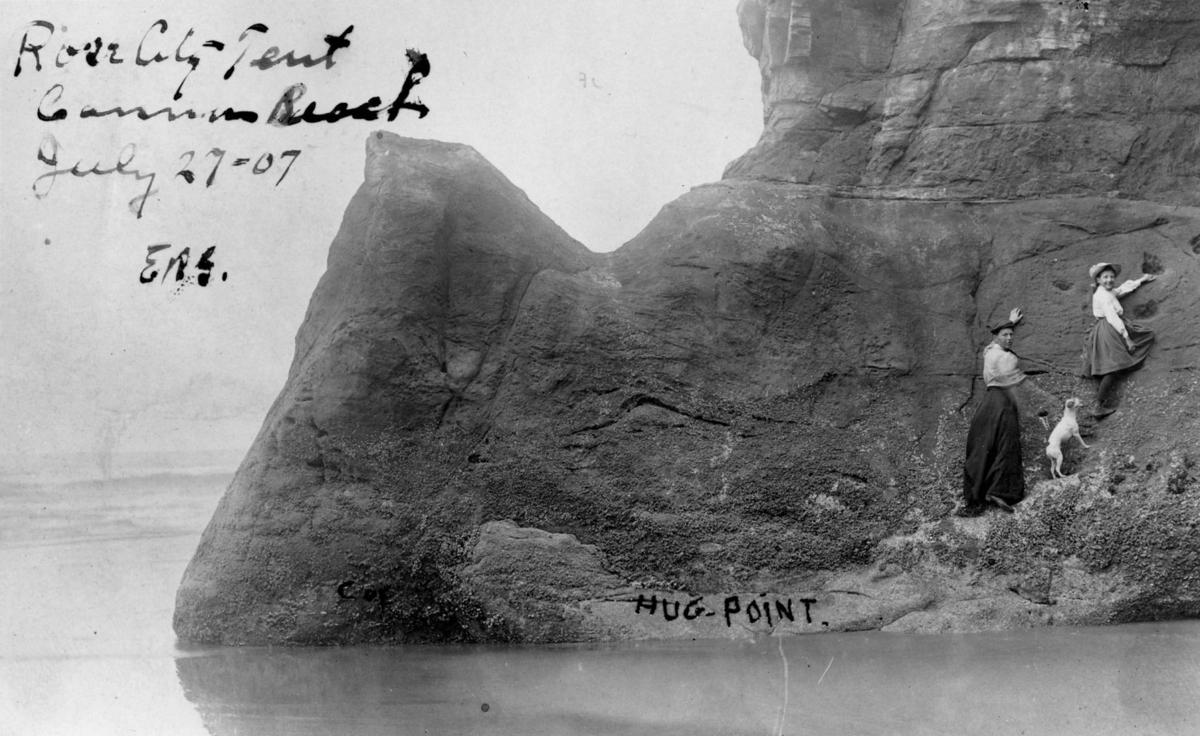 A woman, a girl and a dog climb toward the road above them at Hug Point in 1907. 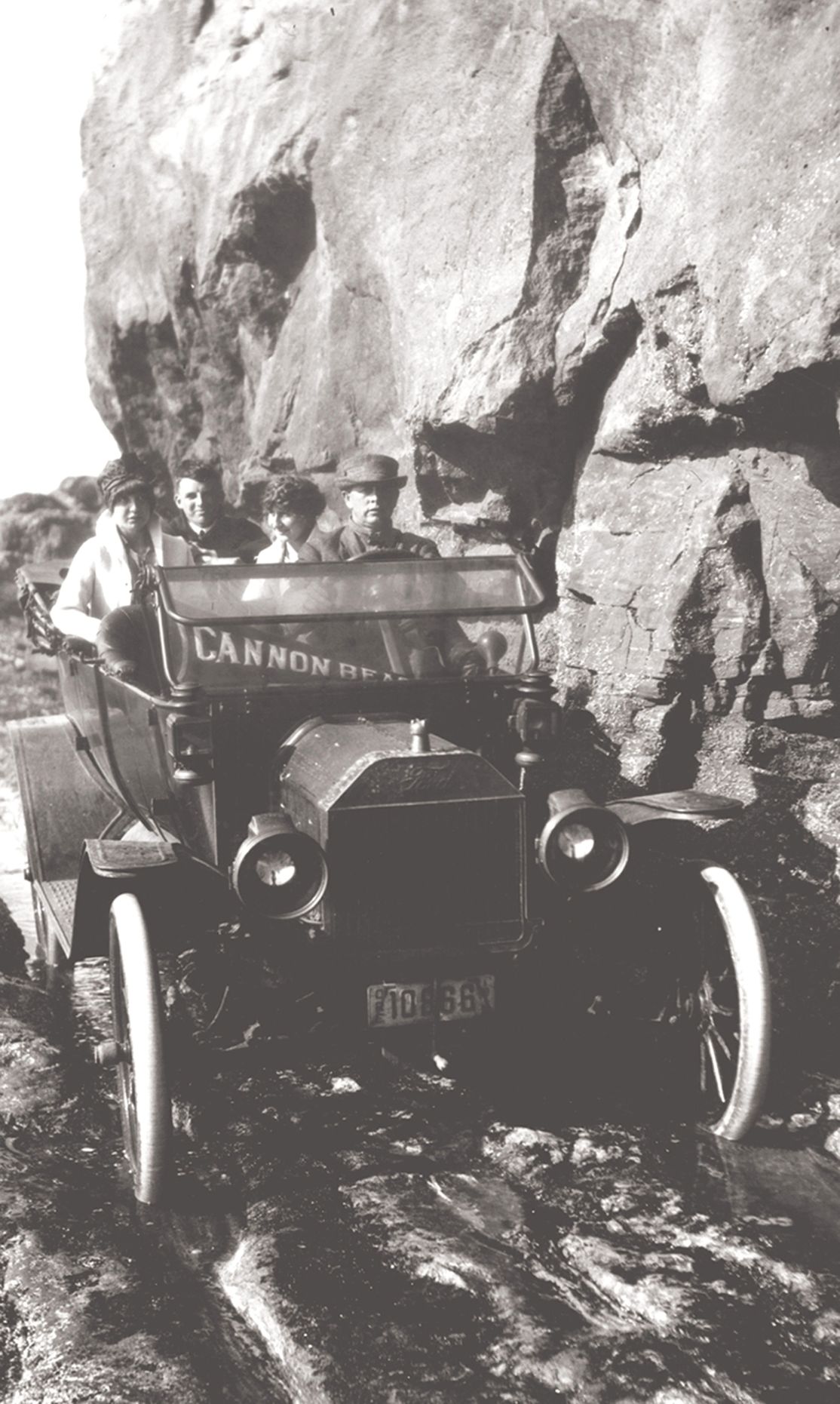 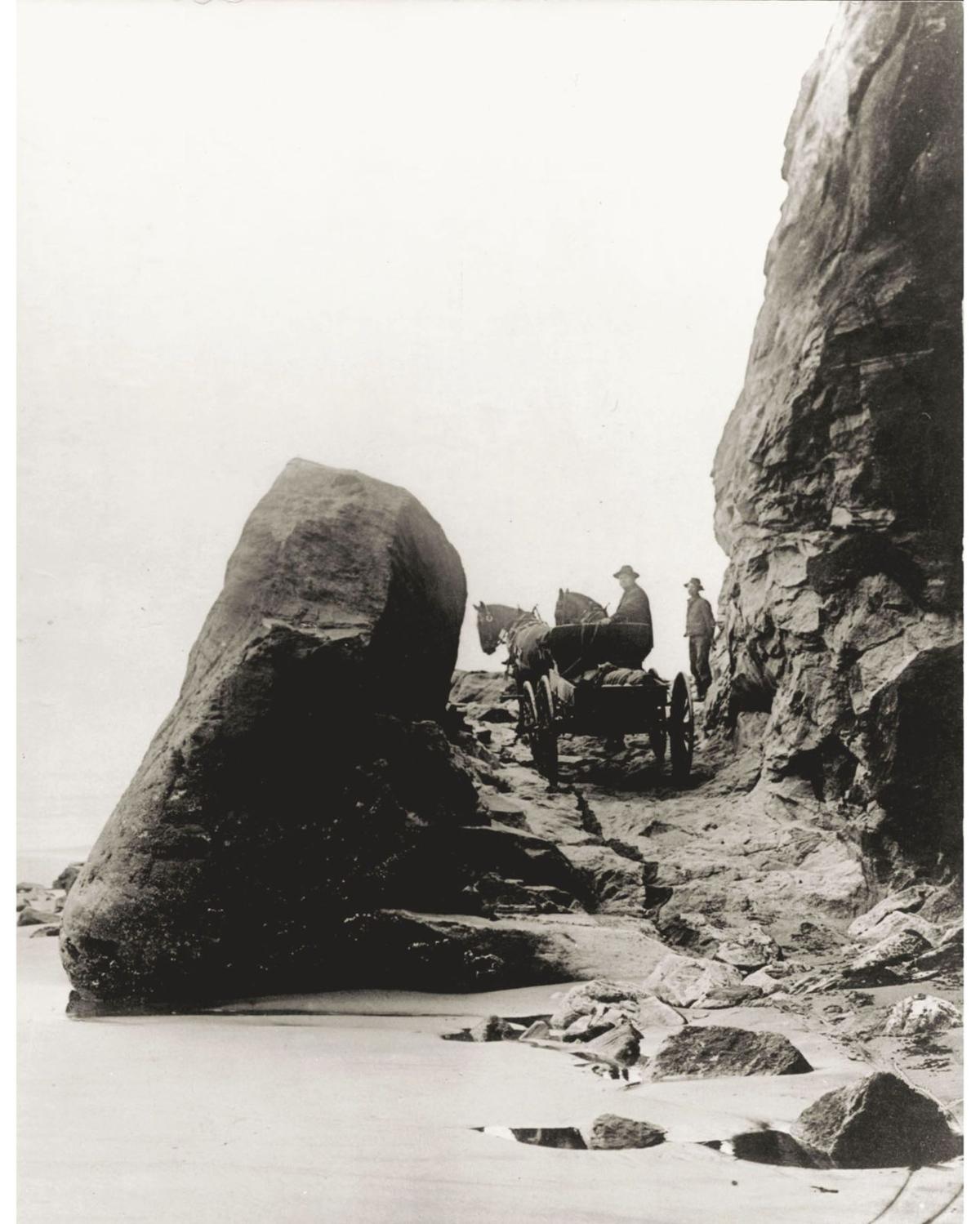 A woman, a girl and a dog climb toward the road above them at Hug Point in 1907.

One of our favorite stories at the Cannon Beach History Center & Museum is how Hug Point became known as Hug Point. The first photo dates to 1907 (photo 308 1907) and shows a woman and a little girl with their dog climbing up Hug Point. As you can see, the road is above them. Before the highway was built, the beach was the only way to travel along this stretch of the coast. At the turn of the 1900s, stagecoaches used this road to bypass the cliffs off of the coast by “hugging” the edge of the cliff and escaping the waves of the Pacific Ocean.

Before a highway existed along the coast, the beach was the only way to travel by stagecoach. The beach was the closest thing to an all-weather, all-season highway, but the rocky headlands jutting into the Pacific made it impossible to travel very far that way. It was a fatiguing climb up and over the point until 1893 when hand and footholds were carved into the basalt and sandstones of the cliff at Hug Point. The carved steps where the little girl is standing led to the ledge at the top of the steps that were used by early-day travelers to negotiate the points when tides prevented traveling around the point.

In the 1910s, a roadway was blasted out at Hug Point, which made the road accessible to automobiles as well as coaches, though it was only usable at low tide. Several sources claim it dates to 1920, when a man from Arch Cape bought a brand-new Maxwell motorcar and tried to drive it home. It reportedly got stuck in the surf while driving around the point, and the incoming tide submerged it. The man was so angry he raised subscriptions from his neighbors, bought dynamite and blasted out the roadbed — so the story goes. Stagecoaches, wagons and now automobiles could finally cross Hug Point at low tide without getting pickled in corrosive saltwater. And cross it they did, regularly; after all, there was no alternative. To this day, you can still see the wheel ruts from the original stagecoach road dug into the rocks.

In the early 1920s, Oregon began building a highway between Astoria and the California border. Initially conceived as a way to increase Oregon’s military preparedness, the road was named the Theodore Roosevelt Coast Military Highway. It was later renamed the Oregon Coast Highway and now it is officially named U.S. Highway 101. Construction began in 1920 and was finished in 1936. The 350-mile-long, breathtakingly scenic highway parallels the Pacific coastline for most of its length. After the highway was built, the Hug Point road later fell into disuse.

Today it’s now a state park, and the 43-acre park offers a large parking area, public restrooms, and a sloping walkway to the beach. Erosion has formed caves in sandstone cliffs along the headland’s south side, which is also the site of a seasonal waterfall.