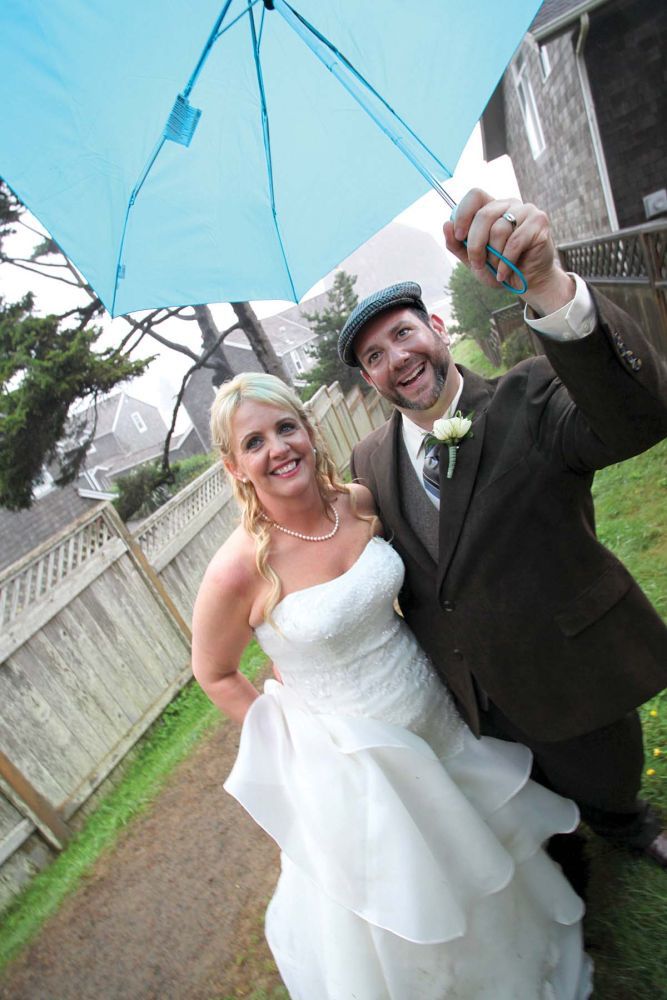 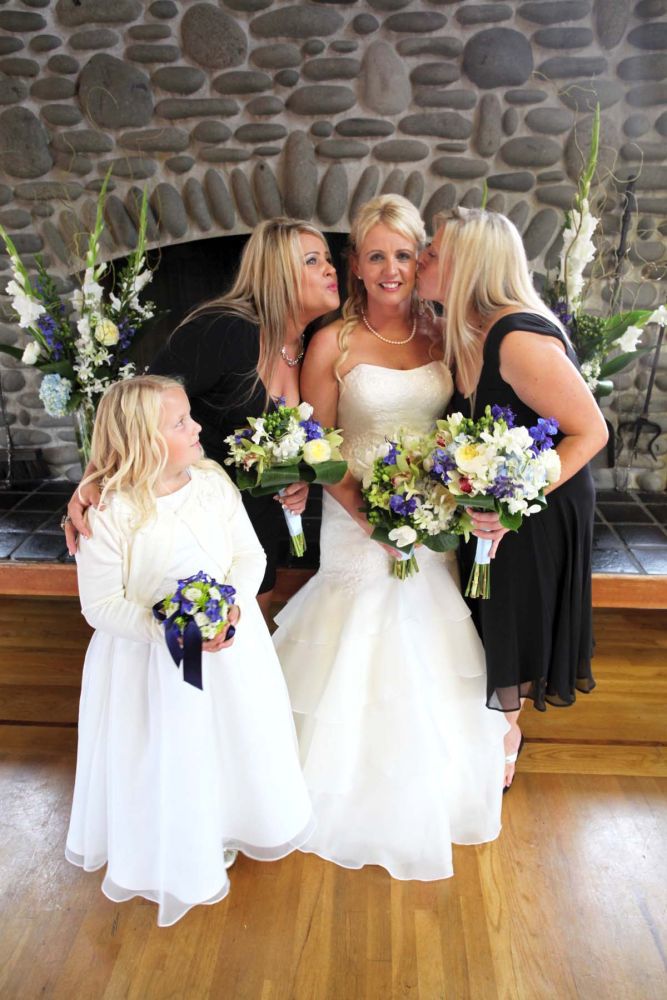 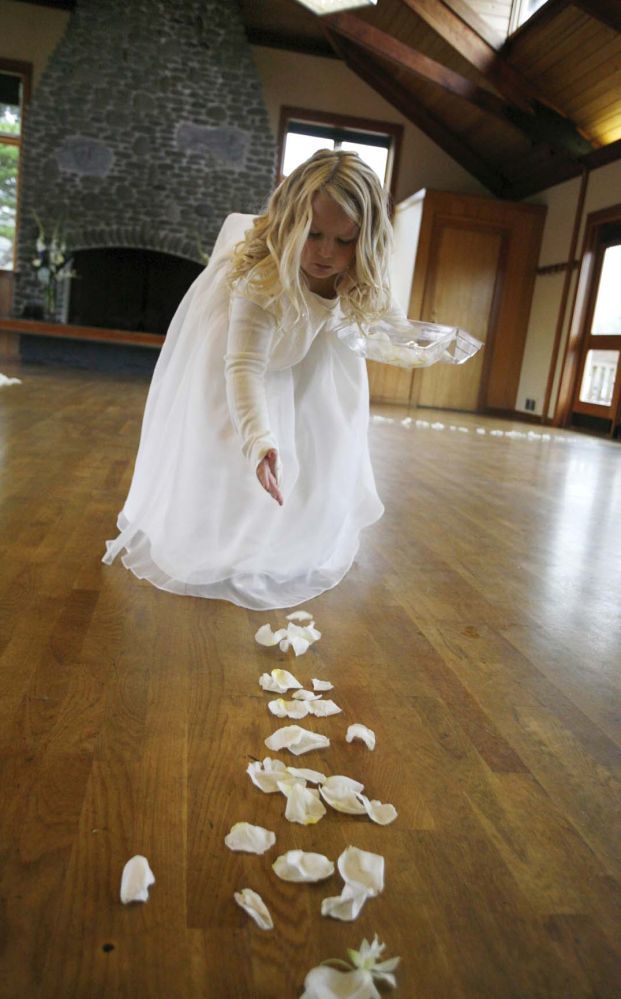 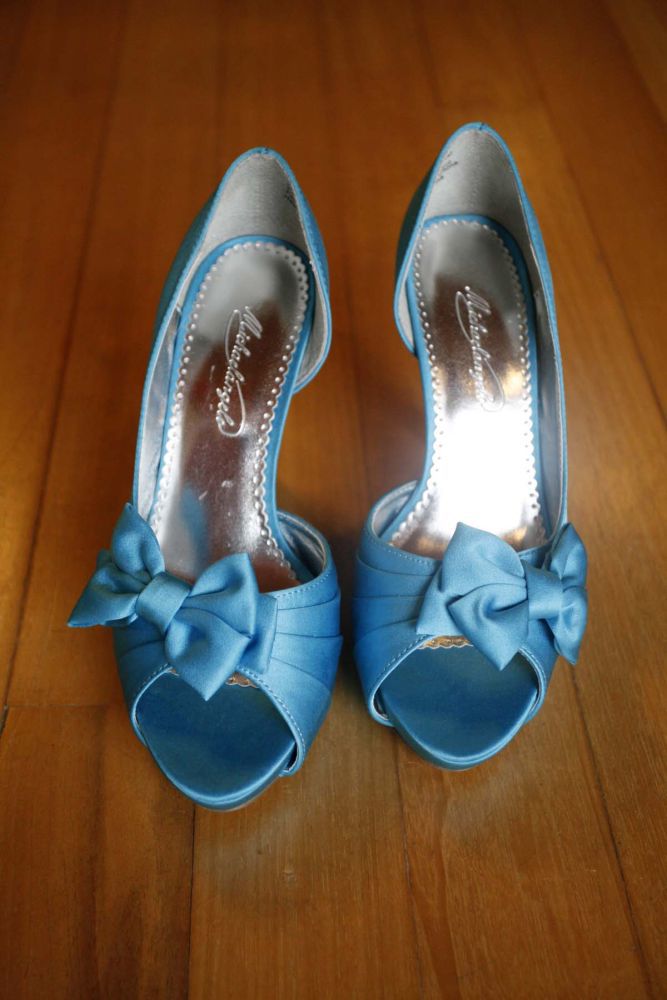 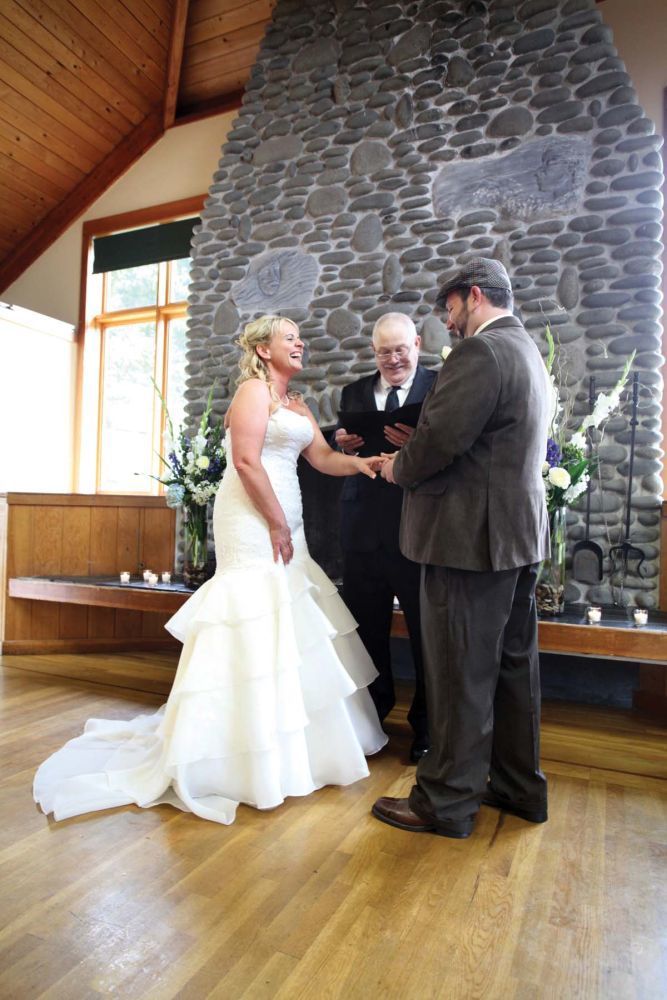 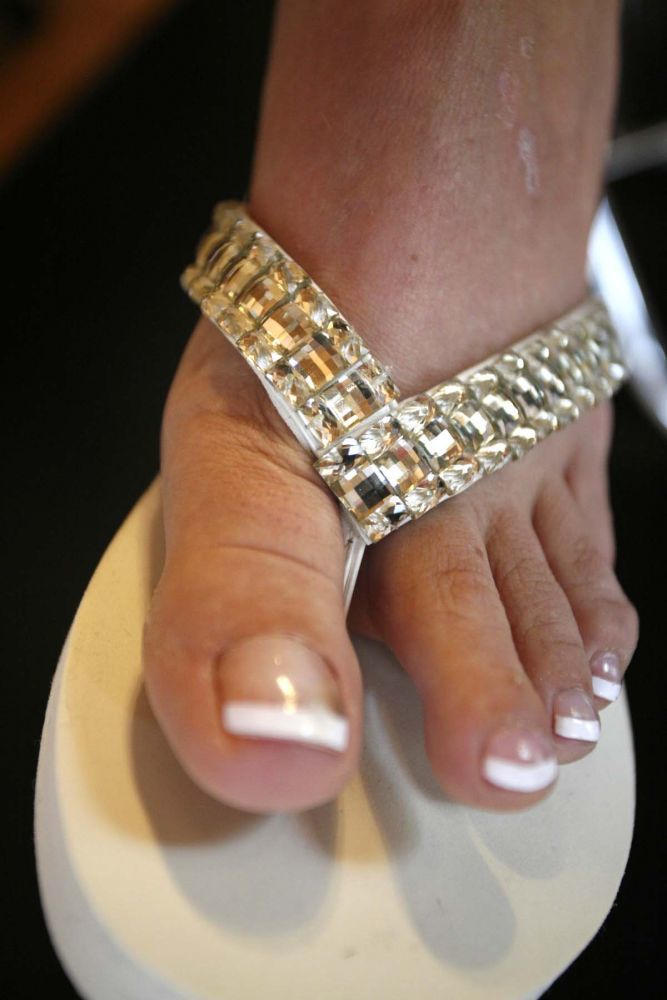 Perfect for a beach wedding

Perfect for a beach wedding

No one wedding is ever the same. Each couple invariably puts their stamp on the occasion, making choices that create a pageant that is theirs alone. Seasides Noel Maki and Michael Kozlowski were no exception when they married at the Visitors Center (a popular venue for weddings) at Cannon Beach on Sunday, Sept. 15, 2013.

In planning this important event, they knew they wanted it  from ceremony to reception  to be comfortable, simple and fun. Were older now, explains Noel. We dont need to do all the traditional stuff. Casual was what we were going for.

They met at the Mcmenamins Sand Trap Pub in Gearhart. Their ebullient friend, Julie Jackson, played matchmaker. Mike recalls, She came out doing the old, Are you single? Noels single. You gotta go out! Sure I wanted to go out with her and not because she urged me to.

The courtship and proposal

A merchant marine, the genial Romeos working hours were erratic to say the least. Hes on the job weeks, even months at a time. This could have been the kiss of death for some budding relationships, but as his pretty Juliet explains (sounding a bit surprised herself), Hed call me, and we really got to know each other.

After four years as a couple, Noel and Mike got engaged. According to Mike, We were standing outside the house, looking at the stars at the time and started talking about our future. I said, Of course, Ill marry you  in a heart beat! Uncertain, Noel asked, Are you proposing to me? And he was  ready to do the deed the next day as proof of his ardor. But Noel wanted a wedding

On the big day, at 4:30 in the afternoon, Noel, looking lovely on the arm of her son, James English, 19, walked down the aisle to the song Bittersweet Symphony, by the Verve. Family friend and officiate Mike Balzer performed the ceremony. Noel joined Mike in front of the Visitors Centers fireplace strewn with flower petals. Mikes brother, John, was best man; Noels sister, Nicole, stood as bridesmaid, and the brides best friend, Tina Sunnell, was maid of honor. At one point, little Sarah Virtue, the flower girl, took it upon herself to help the ring bearer, Fynn, only 10 months old. It was a sweet moment.

Noel was a picture in a gorgeous strapless gown made of ivory chiffon. Form fitting to the hip, it changed to a flared skirt that fell to the floor with a short train at the back. The bridesmaids, told they could wear what they wanted, looked sweet in black frocks. The groom wore a simple, nice suit and a jaunty driving cap on his head. In fact, all the males in the wedding party were given one, even little Fynn.

Vows were exchanged, the bride got kissed and everyone headed over to the Driftwood Restaurant and Lounge in Cannon Beach for the reception, which was closed to the public that day. There, the guests made merry to Sinatra, Nat King Cole and many others. Gavin Bruhn, known as The Aussie DJ, spun a fine mix of tunes. The couple danced for the crowd to He Needs Me, from the movie Popeye.

The weddings fabulous cake featured chocolate raspberry, white caramel and lemon layers. All three were a big hit. Noels chosen color scheme  shades of blue  played out in the cake, which was topped with blue hydrangeas. The exquisite wedding flowers, including the hydrangeas and English roses, were by Cannon Beach Florist. Local photographer Don Frank took wonderful wedding pictures.

A veritable feast had been prepared by the restaurant, universally enjoyed. Guests dined on salmon, prime rib and chicken entrées, and there were plenty of side dishes and salads. Helpings of oysters Rockefeller were a highlight. Paul Nofield, who works at the Driftwood, convinced the couple to hold the reception there, which worked out wonderfully. It was very cool, and we were very lucky, says Mike appreciatively.

Noel agrees, It was a fun day and exactly what we wanted, which was non-traditional. Mikes parents came from upstate New York, and Noels father was on hand. The newlyweds spent their wedding night at Cannon Beachs Ocean Lodge. A longer honeymoon came later  a stay at beautiful Snoqualmie Falls Lodge in Washington. Congratulations Mr. and Mrs. Kozlowski!