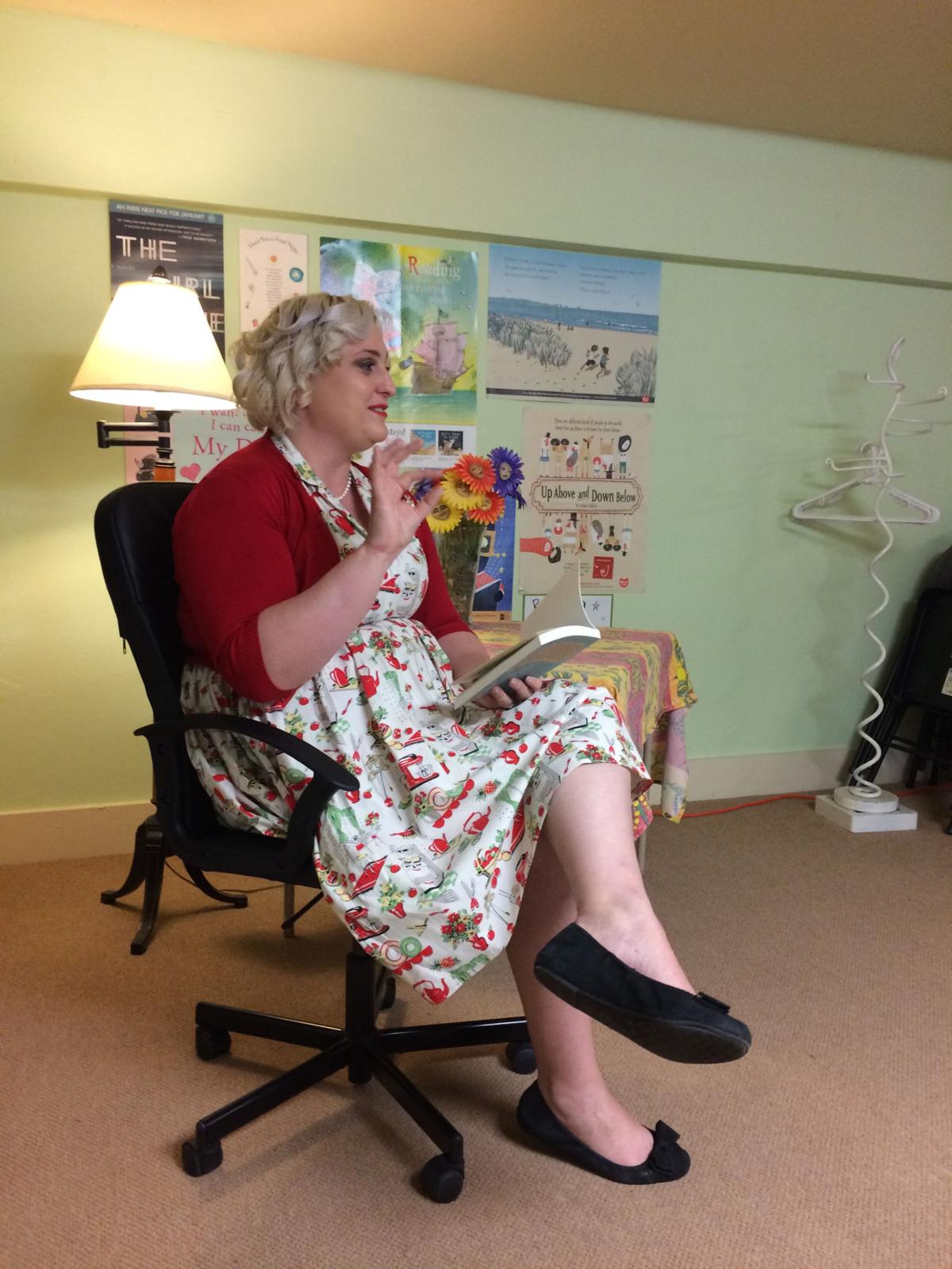 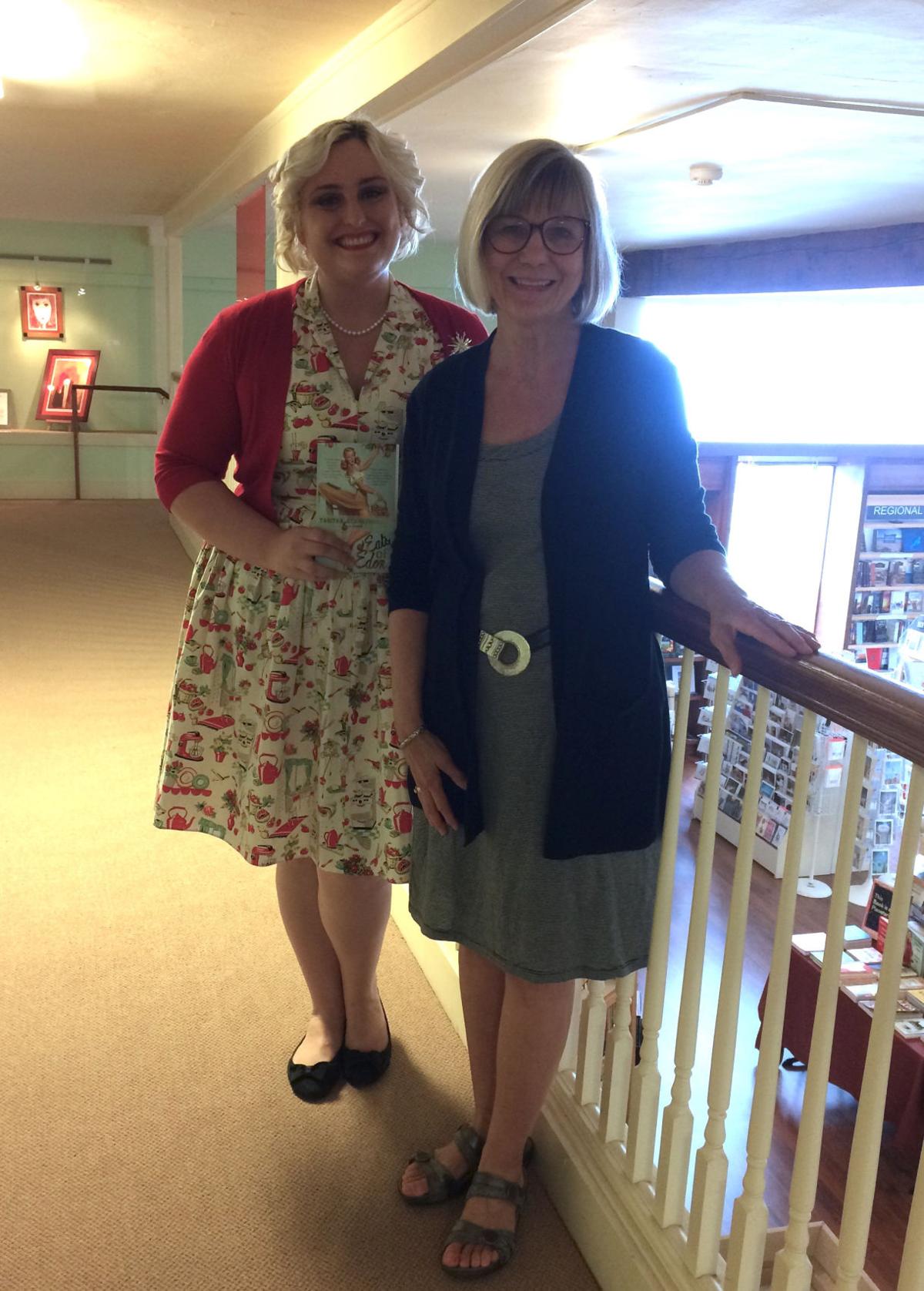 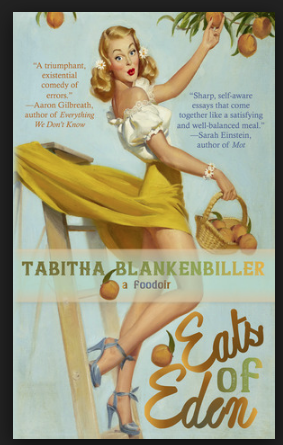 “Eats of Eden,” by Tabith Blankenbiller.

“Eats of Eden,” by Tabith Blankenbiller.

Author Tabitha Blankenbiller talked about how her debut memoir “Eats of Eden: a foodoir” came to be at the April 20 Lunch in the Loft author series hosted by Beach Books.

“Eats for Eden” follows Blankenbiller’s attempt to write a novel. It is a collection of personal essays, each ending with a recipe. Some recipes have a correlation to the essay, where others do not. And, each recipe used is from her collection of hand-me-downs and favorite things she likes to make.

Blankenbiller said being in Seaside again felt like she had come full circle by ending her book tour in the town where she spent her residency as part of the MFA writing program at Pacific University. “Those 10 days when you’re here immersed in that writing world with your friends and your mentors, feel like a hundred days in that magical way — when those days feel like more when it’s not ordinary.”

After finishing her degree program in 2012, she planned to use her edited thesis as her first novel. “We think our thesis will be our first book. Our first manuscript is going to be our first new novel, but that’s not how it works,” she said referencing the advice given by her mentors. “It’s not going to catapult us to New York.”

Part of the writing process is dealing with rejection, Blankenbiller said. She hired an agent who began the process of selling Blankenbiller’s first project to publishers, recalling some of the feedback being less than encouraging, “this doesn’t feel ready,” or “she’s not famous so we don’t want to take a chance.”

This continued for about a year before Blankenbiller severed ties with her agent and moved on from her original project she started in graduate school. “No one, it turned out, wanted to read about a middle-class white girl’s pursuit of perfection in all things,” she read from the book. “I didn’t even want to read it by the end of its prolonged, stumbling death.”

Moving on, she wanted to write a novel about personal experience she was obsessed about, but couldn’t quite work through with non-fiction, she said. “It’s funny how we try to go these directions, but always end up coming back to what we actually enjoy doing and what other people are drawn to us doing.” For Blankenbiller, that meant essay writing.

To get started, she wrote novel distractions — essays about food and writing. But time was a factor. “I work full time and I need to write and I need to eat,” she said, “and those things I both enjoy.” By now, her essays were getting published and began drawing much interest.

One day she received an email from a representative at Alternating Current Press showing interest in her essays and asked Blankenbiller if she would be willing to turn them into a book. It took her about a year to write the first draft, then another year for edits.

Though “Eats of Eden” is a compilation of essays, Blankenbiller wrote each one to go with another, saying there is more of a narrative. “I call it a ‘memoir in essay’ because I did want the pieces to stand on their own, but at the same time it’s not just a collection I’ve published online or a collection around a theme. I wanted to have a narrative with it.”

The recipes, too, are written in narrative form as Karen Emmerling, owner of Beach Books pointed out. “I read her book and it makes me laugh and feel tender. It’s very entertaining.”

Blankenbiller admitted she didn’t know how to cook when she left home for college and learned mostly from watching the Food Network and chefs Nigella Lawson and Ina Garten. “They showed me how to cook and they did it in a narrative style, telling stories while cooking for family and friends,” she said. “Food TV had a lot of influence on me.”

Blankenbiller’s debut novel accomplishes the tenets of contemporary writing, showing significance to detail through honesty, emotion, wit, and humor. As her biography points out, “her writing springs to life where personal and pop cultures intersect.”

Her talent for formulating stories is like that of many great writers of the past. She uses descriptive prose to provide the reader a mind’s eye to better understand each experience she pens as if it were in real time. Her artful imagery plus her sensory journey makes “Eats for Eden” a feast to crave.