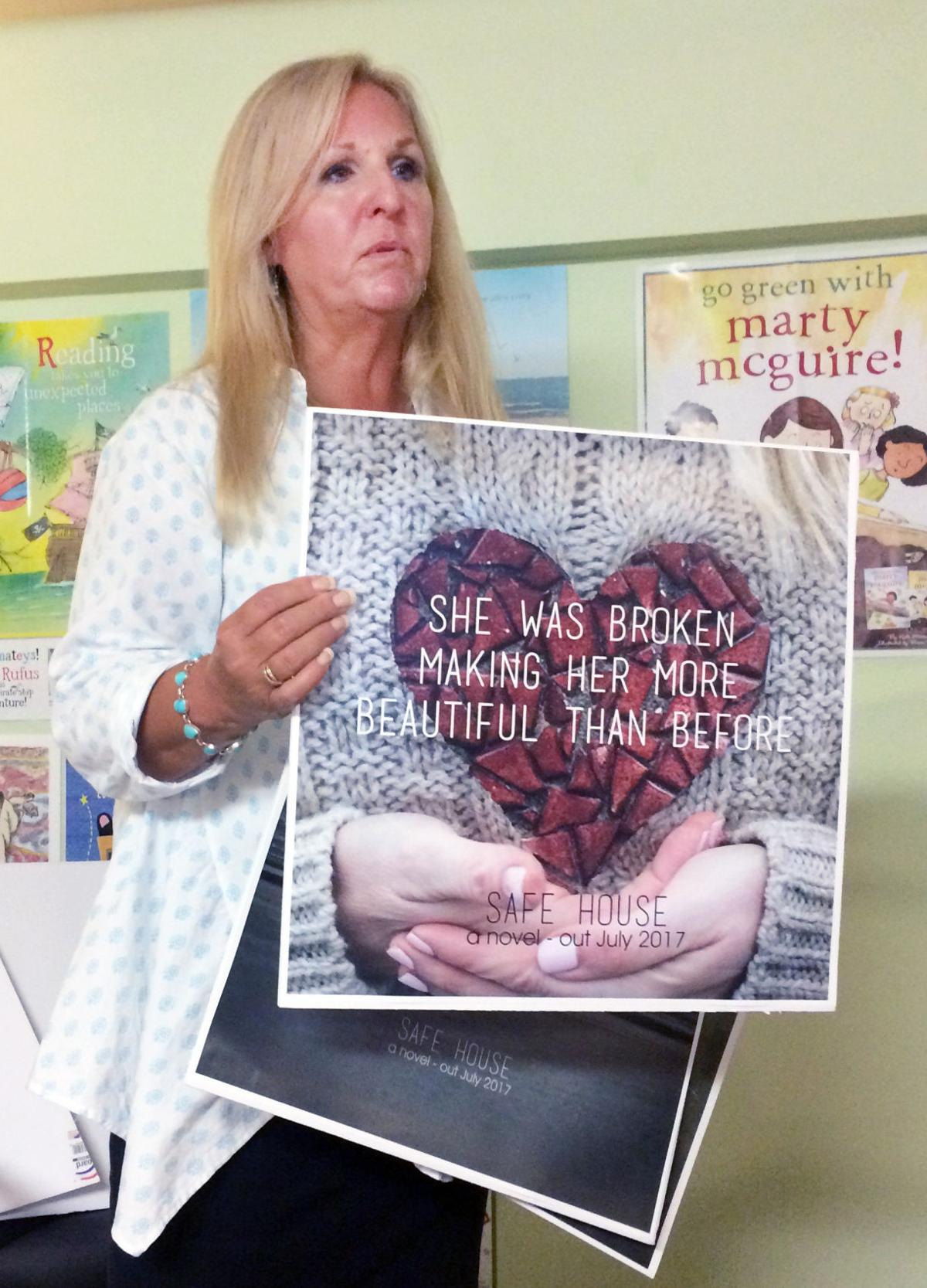 Local author Shannon Symonds discusses some key points she wrote in her new book, “Safe House,” during a Lunch in the Loft presentation at Beach Books in July. 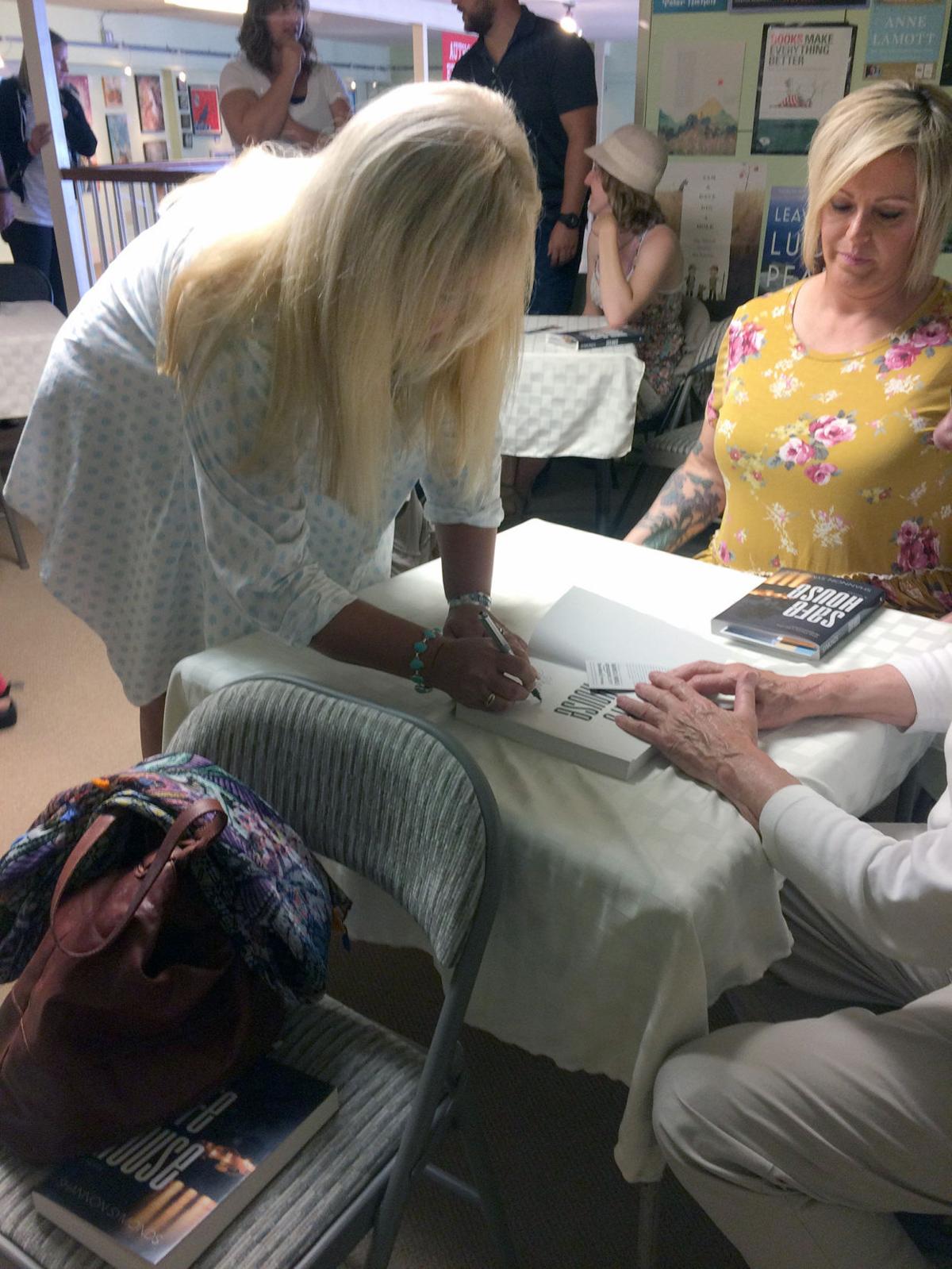 Shannon Symonds signs a copy of “Safe House” for a fan at Beach Books' Lunch in the Loft author series. 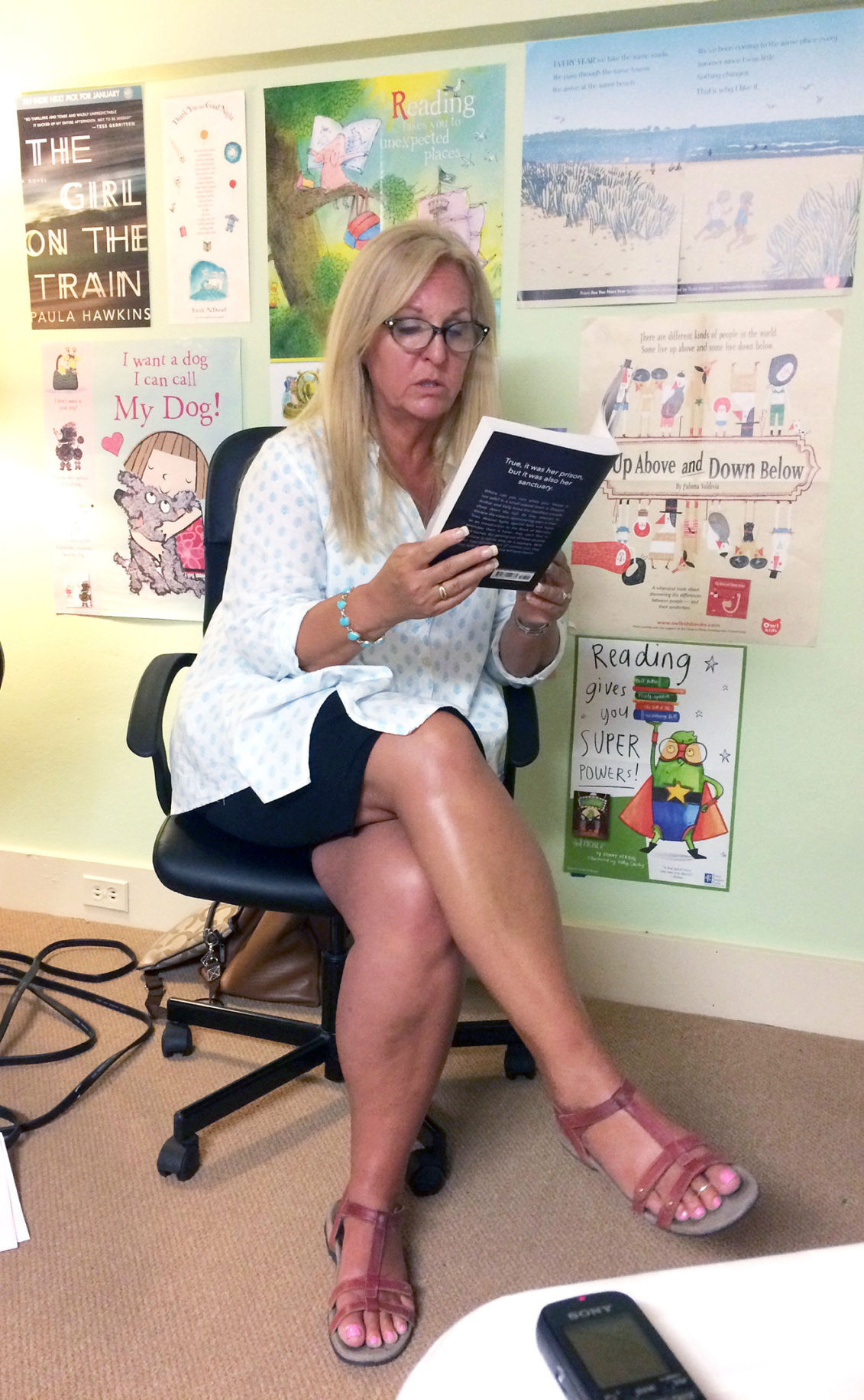 Shannon Symonds reads the first chapter of her new book, “Safe House,” during a Lunch in the Loft presentation on July 18 at Beach Books.

Local author Shannon Symonds discusses some key points she wrote in her new book, “Safe House,” during a Lunch in the Loft presentation at Beach Books in July.

Shannon Symonds signs a copy of “Safe House” for a fan at Beach Books' Lunch in the Loft author series.

Shannon Symonds reads the first chapter of her new book, “Safe House,” during a Lunch in the Loft presentation on July 18 at Beach Books.

On the heels of the release of her new book “Safe House,” longtime Seaside resident and local author Shannon Symonds was the guest at the July Lunch in the Loft author series hosted by Beach Books.

“I’m very happy to have Shannon. Her book is fantastic,” said Karen Emmerling owner of Beach Books. “It highlights things you probably didn’t know were going on in Seaside, or hoped weren’t going on in Seaside, but it’s definitely a tribute to her work and to her faith. I hope Shannon and her characters will be back at some point, soon.”

Symonds said, “I am really happy to be here and for those of you who I recognize, I can’t think of any other way I’d rather do this the first time, it’s a little bit scary.”

“I am a writer for those of you who didn’t know and I have written for some years. When I was little, my mom said when I was in trouble, I wrote her letters,” Symonds said. “I actually got some published when I was in my 20s; mostly poems, because I had kids and that was all I had time for.”

Later, Symonds and her daughter wrote articles together, which she found to be fun and good practice. “For a big ten bucks an article, we reached out to about 2.5 million people, and they loved us in the Philippines.”

Authors usually write about what they know, Symonds said, and although she would like to write pirate stories, saying she loves telling pirate bedtime stories, what she knows is something that has become important to her, and that is survivorship of abuse and trauma.

Symonds survived a rare stranger assault at a young age. She began working as an advocate in 1997, first as a child advocate for Head Start. She has written articles about surviving abuse and has volunteered at Helping Hands.

“Safe House” is about domestic violence. “It impacts 1 in 3 women and 1 in 4 men,” said Symonds. And, though she thinks these statistics only reflect what is reported, she said she could honestly say that during the three years working six nights a week at a crisis center, “I took about two calls for every reported incident to the police.”

When it comes to telling stories we know about, she said, “We need to be very careful.” Each time she’s asked why she doesn’t tell her own story, “because, it’s really pretty interesting,”

Symonds thinks of Tiger Woods’ mother. “How heartbroken she must have felt knowing he’s struggling and how much she loves him and how much that must have hurt her.” Symonds notes that telling her story would affect her family and she chooses to keep it within herself, as do most survivors.

Today, Symonds writes fictional stories behind a backdrop of experience. She discussed the different types of abuse: cycle of violence and power and control. With cycle of violence, there comes the explosion, the apology followed by a honeymoon period then another explosion. “That’s about 25 percent of domestic abuse,” said Symonds.

With power and control, she explained, “It’s pretty unpredictable, you never know when the shoe is going to drop.” There’s jealousy and tracking of the victim: checking whereabouts, checking computers and cellphone activity; even as far as the abuser keeping medication, money and cellphones so their victim would have no access to basic resources.

Relationships under the guise of either type of abuse can go on for years without showing any violence. “But,” Symonds said, “there are little signs and little things that are happening all along that are nevertheless abusive,” referencing a study on the “Pattern of Violence” by Dr. Evan Stark. Abusers who cycle are predictable: they blow, let off a little steam and repeat the pattern. When abusers “feel they are losing control or feel they are losing power, they actually become much more dangerous,” she added.

These differences, she said, are the basis for how she approached her book. “The reason why I chose to write fiction is because there are some things I could never explain. There are just some things that you can’t tell until you take someone there, and in a story, I can take them there,” she said.

There are examples of experience woven throughout the book. Stories of advocacy and survival that, as Symonds said, are the stories she hopes to tell in a way the reader can also laugh, “because at times life is too ridiculous, life is silly. We go to great lengths to survive because survivors do amazing things and survivors experience miracles every day.”

Although “Safe House” is written from the perspective of Symonds’ faith, the book crosses many faiths and cultures. Symonds said she believes miracles happen when victims make steps in the right direction for safety. “Understanding the whole story can lead to a change in all of us, one part at a time.” Her lifetime goal is too end family violence and sexual abuse.

Born in Portland, Symonds spent every summer weekend as a kid in Seaside, staying at the family home that her great-grandmother Emily Pringle bought in 1921. She is an artist and avid reader. One of the most influential stories that helped mold her as a child was about Harriet Tubman, who escaped slavery, only to return to help others at great risk to herself.