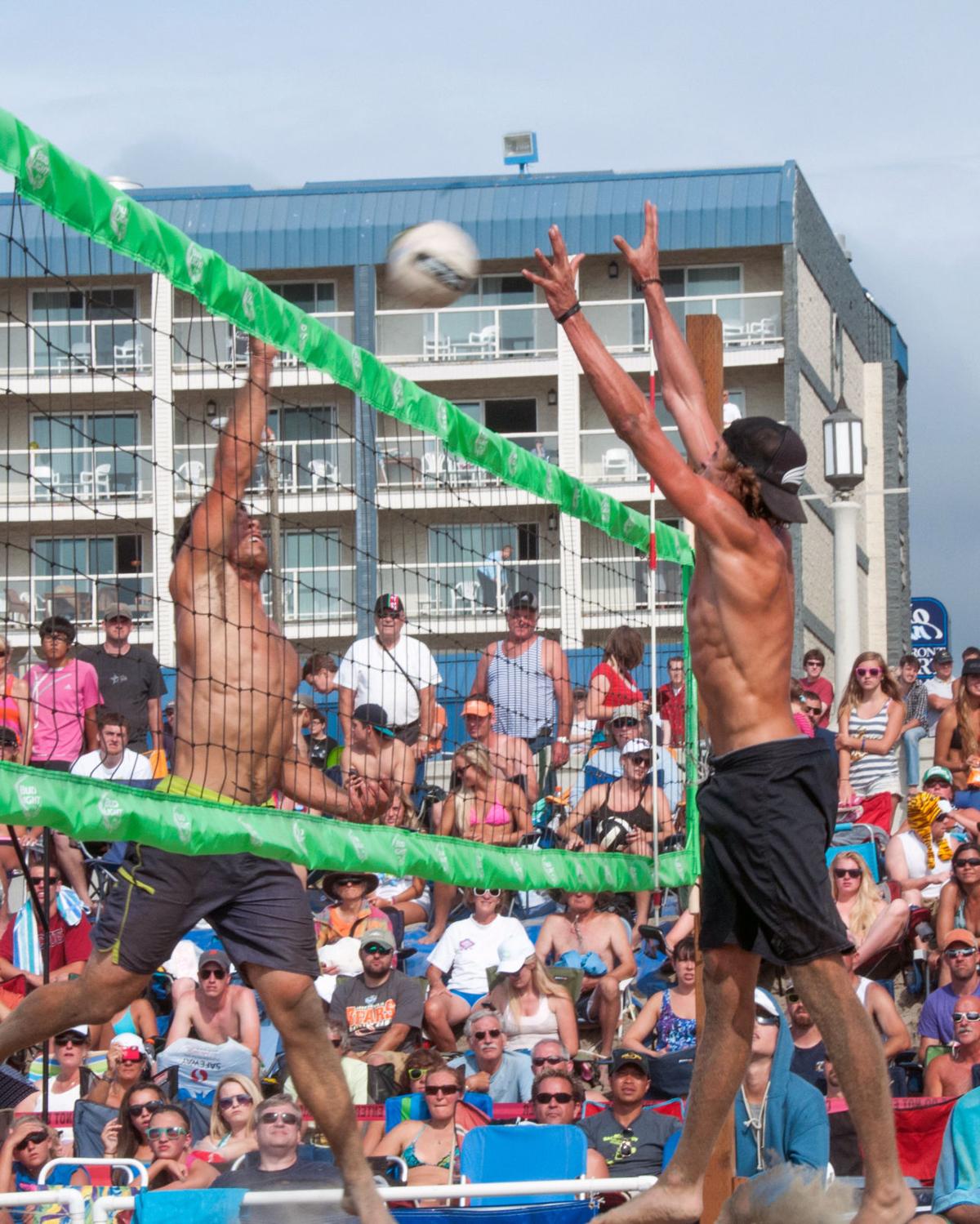 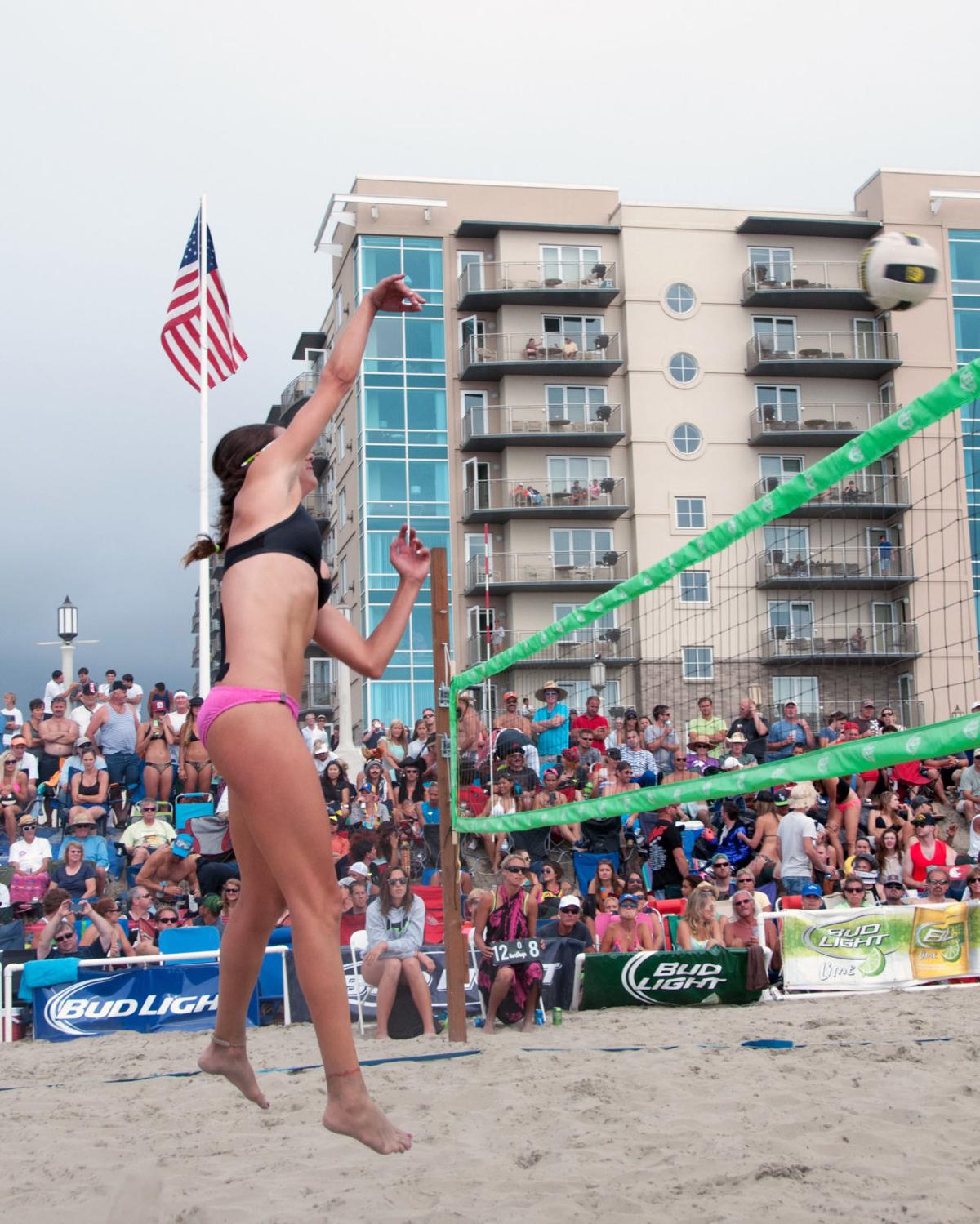 More than 3,000 players – including adults and youth – are expected to participate in the 35th annual Seaside Chamber Beach Volleyball event. 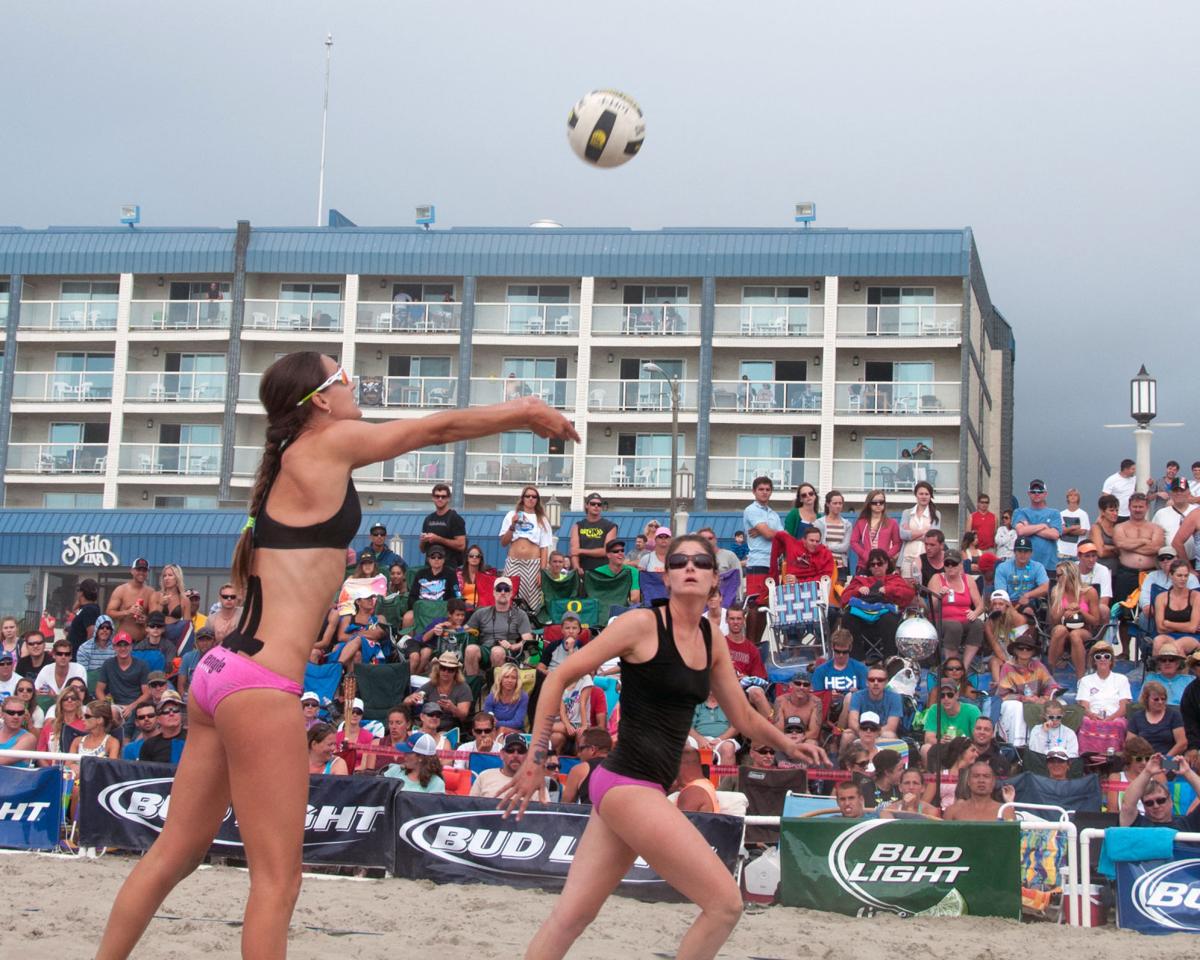 Since 2011, the Seaside Chamber Beach Volleyball event has been recognized by the World Records Academy as the largest beach volleyball tournament. 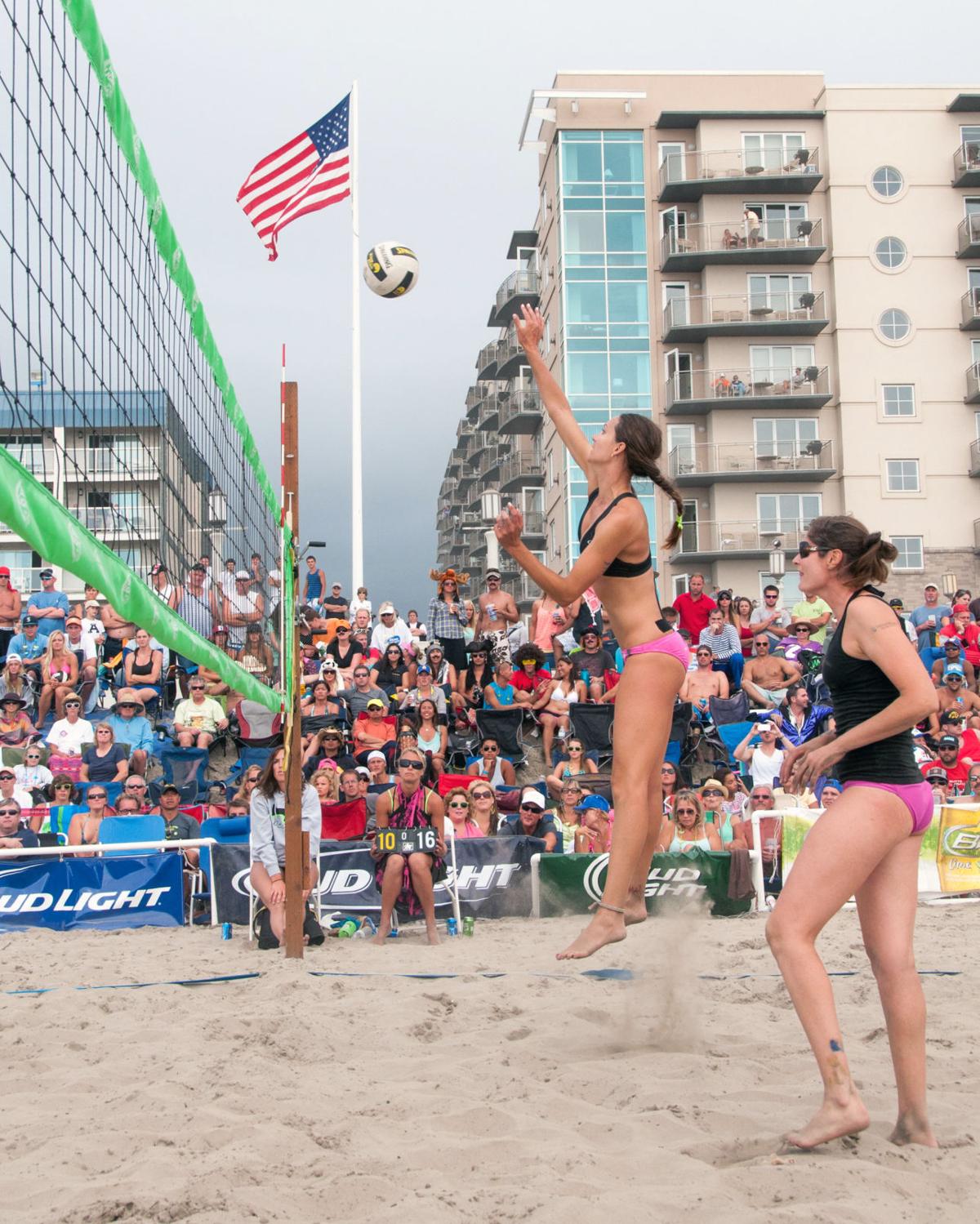 The Seaside Chamber Beach Volleyball is in its 35th year, and draws more than 3,000 players from across the state and country. 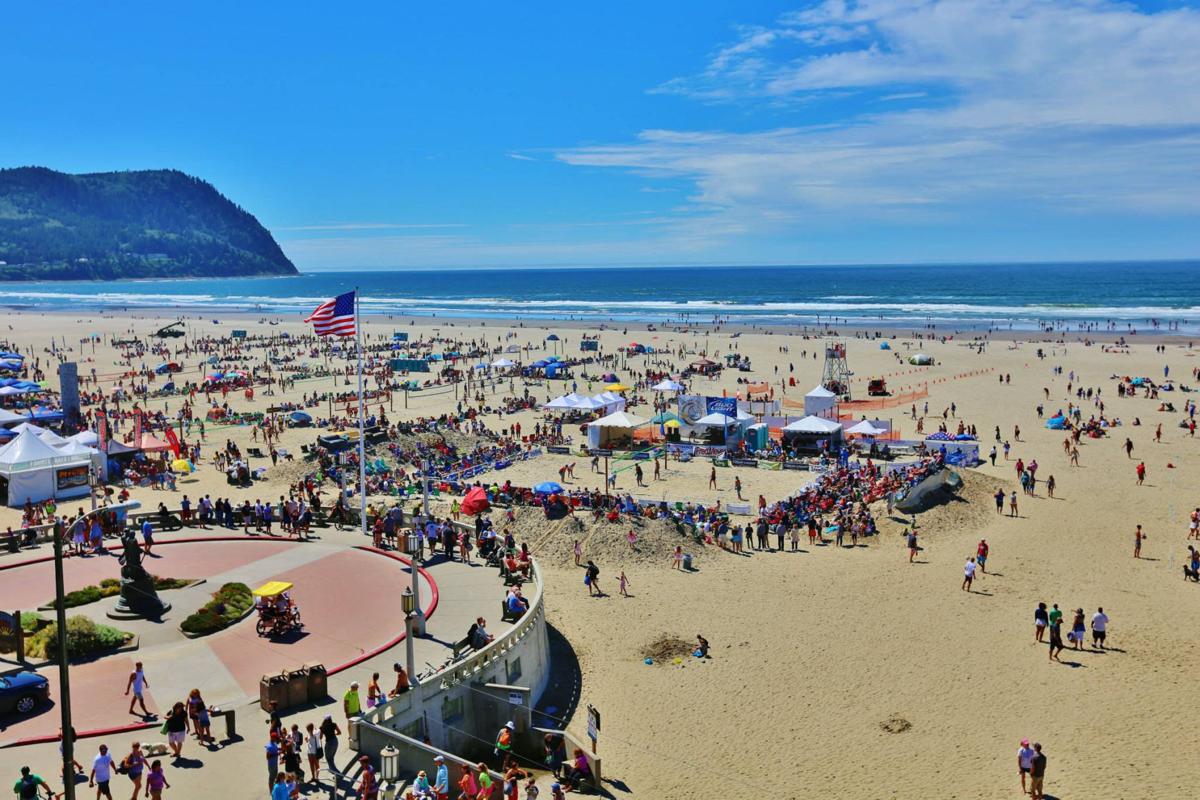 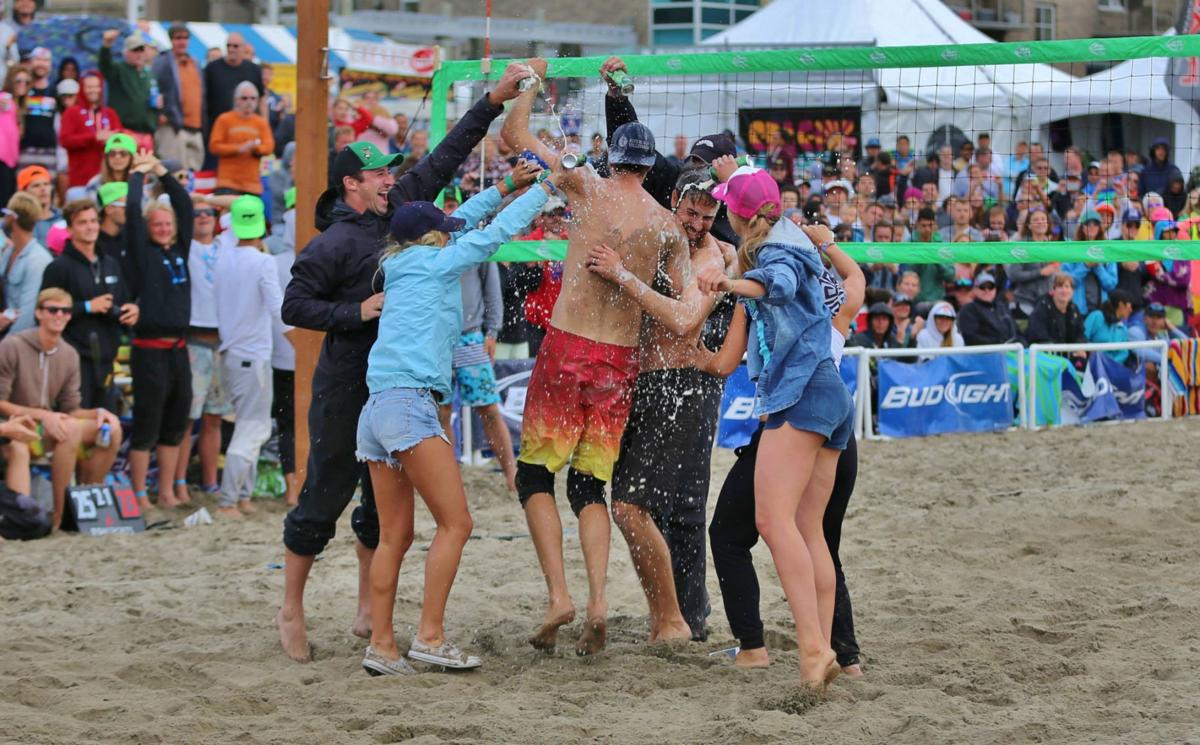 More than 3,000 players – including adults and youth – are expected to participate in the 35th annual Seaside Chamber Beach Volleyball event.

Since 2011, the Seaside Chamber Beach Volleyball event has been recognized by the World Records Academy as the largest beach volleyball tournament.

The Seaside Chamber Beach Volleyball is in its 35th year, and draws more than 3,000 players from across the state and country.

The Seaside Chamber of Commerce intends for the 35th annual Seaside Chamber Beach Volleyball event to revolve around one primary principle: an exceptional player experience. For this year’s upcoming event, that means better pacing at the tournament and using updated technology.

Seaside’s beach volleyball event – recognized since 2011 as the world’s largest beach volleyball tournament by the World Records Academy — will take place Aug. 11 through 14. More than 3,000 players on about 1,450 teams are expected to attend. The event also draws large crowds of family members, friends and random spectators.

The tournament includes players of all ages, with the youth divisions becoming the focal point in terms of consumer demand. Most of the 14-year-old brackets were the first to fill up and the boys youth divisions have grown exponentially from last year, according to Brian Owen, the chamber’s executive director.

With that burgeoning demographic in mind, Owen said, the chamber knew change was necessary to improve the player experience. To help bring the volleyball event up to speed this year, the chamber hired new tournament directors: NWAS and Bad Boys Open Volleyball, two Portland groups operated by Deng Thepharat, PT Thilavanh and Mike Griffin, who are active members of the volleyball community and former players at the Seaside tournament.

“Those three individuals really have helped us move the event into a technologically forward product,” Owen said. “They do understand and live the volleyball culture,”

The chamber received feedback last year that some event participants were not pleased with how late the games were finishing nor the system of communicating a team’s next match. In previous years, teams had to finish their game, walk to center of the event to report the score and winner and wait to find out the time, location and competitor for their next game, which would get posted on dry erase boards. This method virtually held participants “captive on the beach,” Owen said.

This year, the chamber will be using a smartphone application to keep players informed about their upcoming matches. Players also can report their scores at one of three stations diversely located at the north side, south side and middle of the playing area.

This new system will free up players to leave the beach and eat, shower, visit the city or do other activities in between their matches. The chamber also has improved communication through its website and is publishing the event’s first Players’ Guide with court information.

As for getting play to end earlier each evening, the chamber added an extra day to the event.

“The games were not ending until after dark,” Owen said. “Starting it a day earlier, we’re able to manage the time and have a better player experience.”

“The pinnacle of the event is really Saturday afternoon and evening,” Owen said. “We have the best players for both the men’s and women’s brackets playing on center stage.”

The doubles divisions include the majority of participating teams. Registration for the whole event may be down a little this year, “because families were used to playing Friday,” instead of Thursday, Owen said, but organizers still anticipate upward of 1,450 teams. Players had until July 31 to register.

For average spectators who want to watch good matches, Owen would suggest keeping an eye on the youth players, or the 14- to 16-year-olds. He would not give names, as the players are minors, but he said some of the best northwest players, in addition to clubs from Chicago, San Diego, Los Angeles and other large cities, are attending the Seaside event.

Because many of the youth are working toward obtaining scholarships to play collegiate beach volleyball, they compete at a high caliber.

“This is an event that a lot of these clubs come to so they can play each other at one location, rather than having a lot of travel to other areas,” Owen said.

The fast pace with which the youth divisions are growing also is drawing more college scouts and sponsors to the Seaside tournament.

In the adult divisions, there were no brand name adult players yet registered, but some of the better doubles teams from last year, such as British Columbia’s Dan and Sean Casey and Eric Brewer and Aleksey Kruglikov, plan to return.

In an effort to provide newcomers to the sport the chance to learn and play, the event will feature a court, sponsored by Providence Seaside Hospital, that is specifically designed for novice players.

“We truly designed this year with the player experience in mind,” Owen said, adding organizers want to give the event a fun and exciting vibe – “a youthful vibe” that will appeal to the young players who are becoming the lifeblood of the Seaside tournament. “[That vibe is] the laugher, it’s the fun, it’s the enthusiasm of the event and the day.”