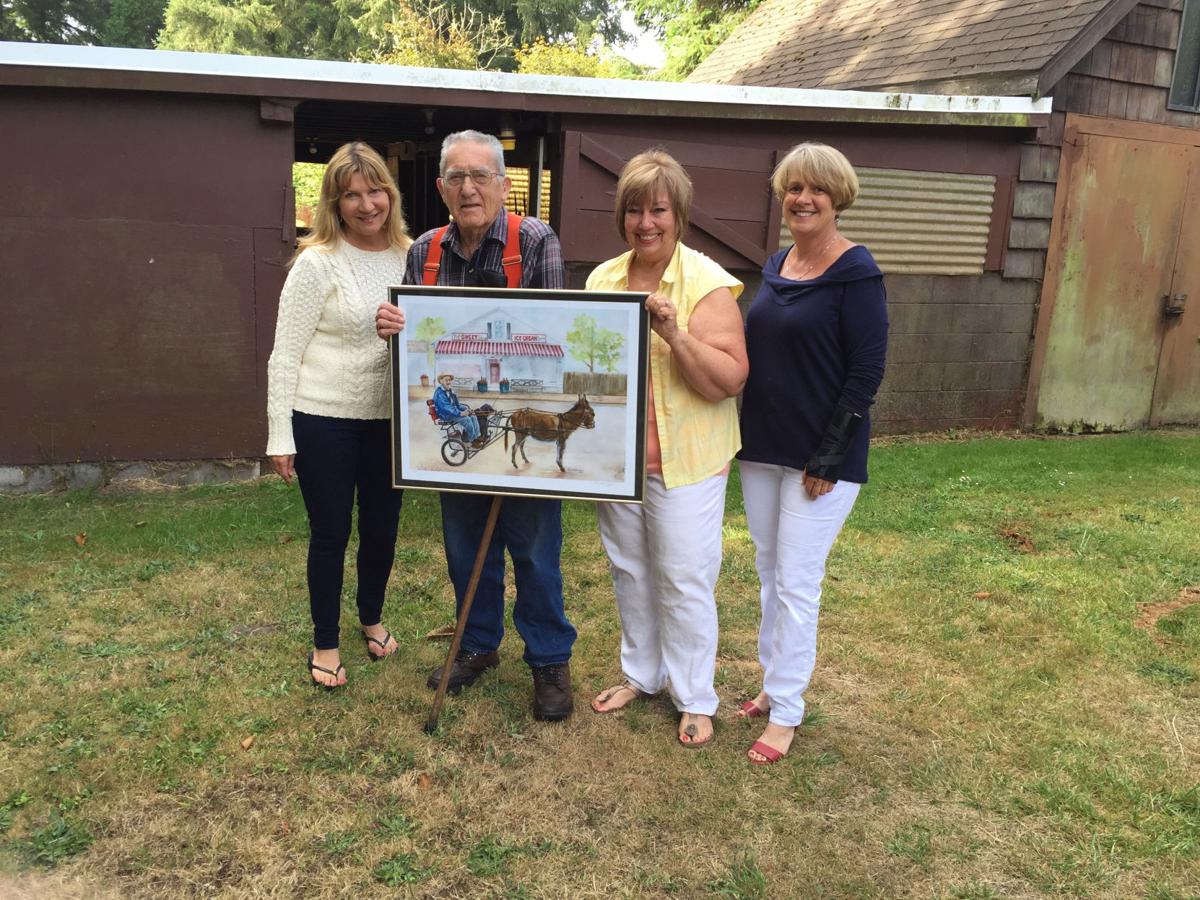 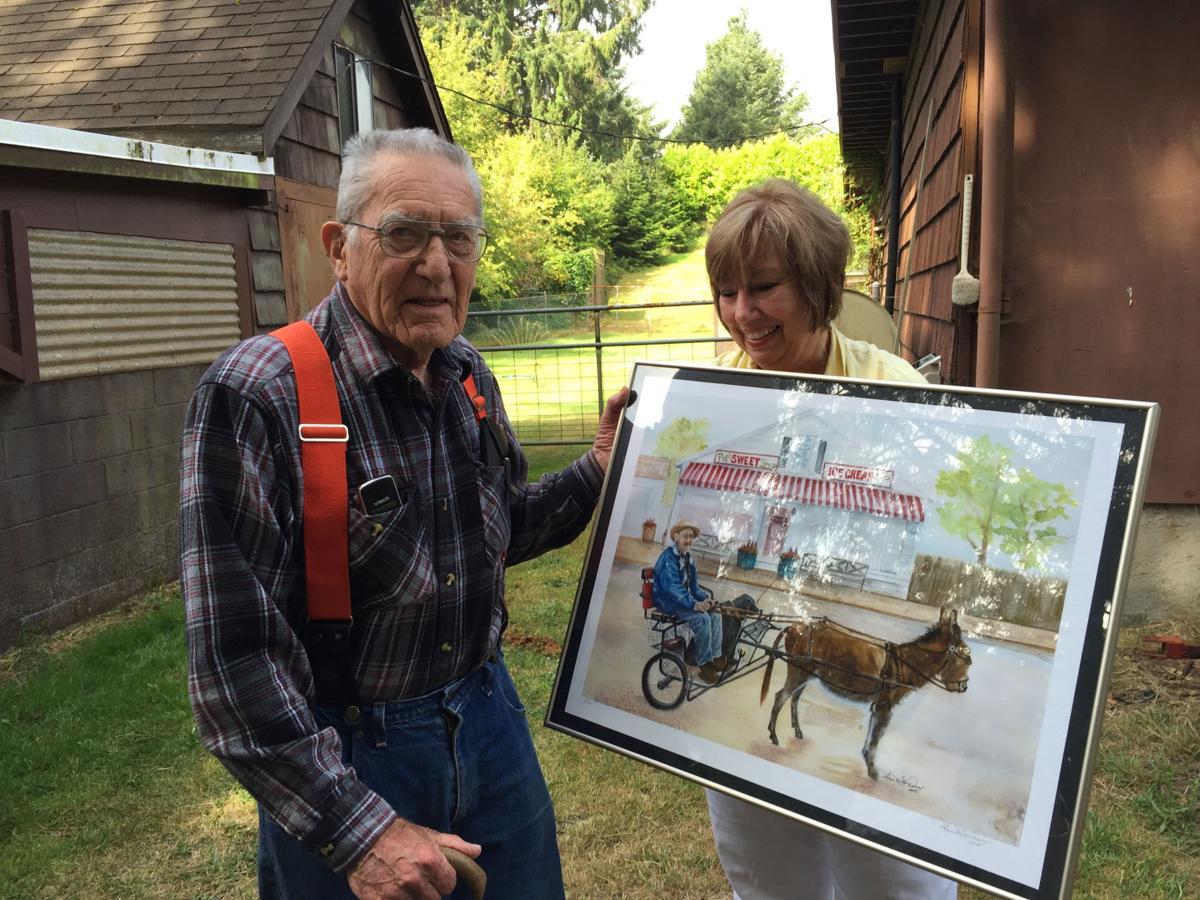 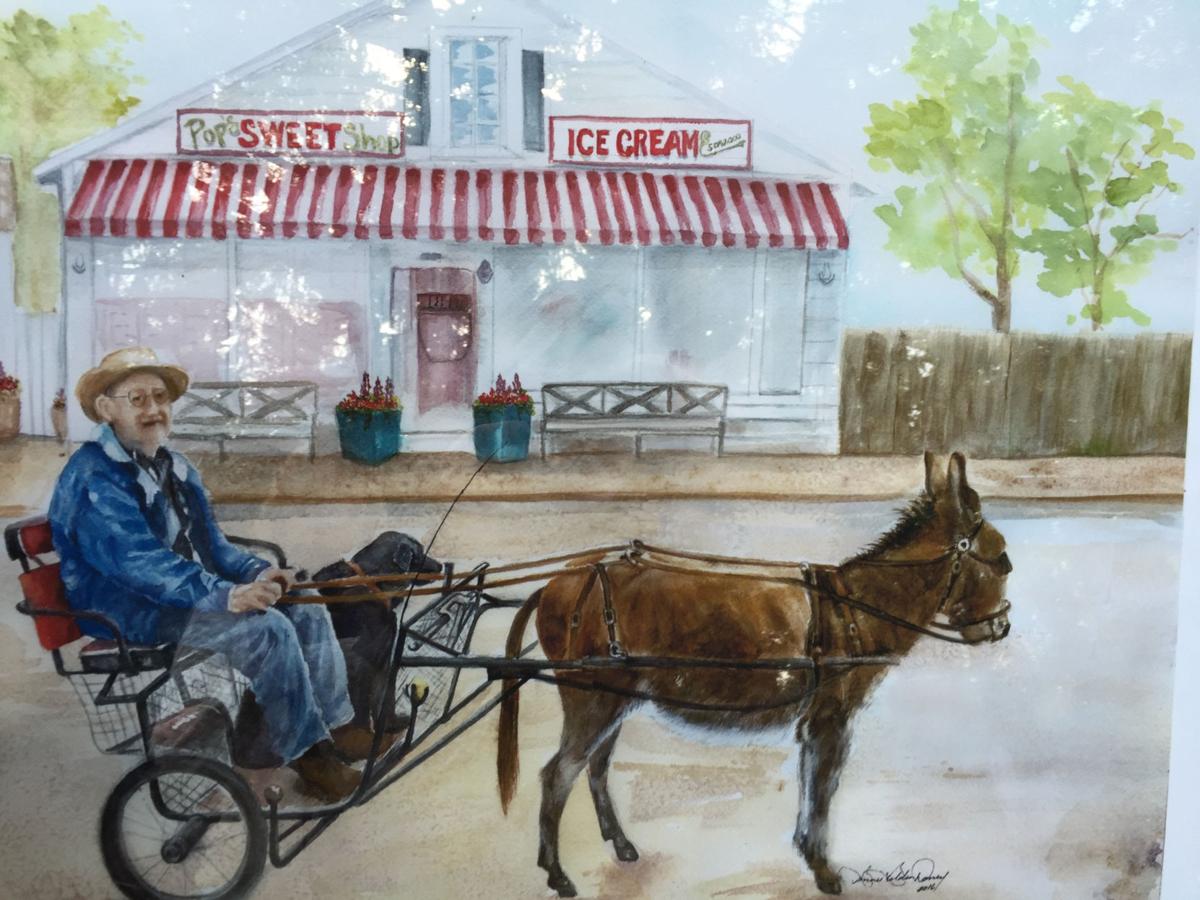 Bonnie Belden-Doney found herself captivated by an image she found of Gearhart’s Bob McEwan in front of the former Pop’s Sweet Shop in Gearhart.

McEwan is a lifelong Oregonian and has lived in Gearhart for more than half a century. His buggy ride, drawn by trusty donkey friend Pancho, delights kids and families when they trot down Pacific Way on holidays and for special events.

Pancho is a Bethlehem donkey with the mark of his breed, a cross along his back. McEwan continues to go to work every day for the company he founded at Laurelwood Farm.

While Belden-Doney had never met her subject, “Somebody suggested that we needed a painting of Bob,” she said.

Gearhart Windermere Stellar Realtor Melissa Eddy answed the call. Eddy, who went to school with McEwan’s children, had known the family since childhood.

Belden-Doney, operations director at North Coast Rentals, is a watercolorist. The former Colorado resident and her husband, David, have lived in Seaside two years. Her work is described as possessing “the unusual ability to connect with the viewer in an emotional experience. ... Her paintings are beyond enjoying from a passing glance and tend to draw viewers to a place in memory or imagination that is personal.”

“I like to do people with wrinkles,” Belden-Doney said. “What really interests me are people of character.”

McEwan was surprised by the painting, which was delivered to his home Saturday morning. While Pancho shied from the camera, McEwan gratefully accepted the painting as a gift. “It’s beautiful,” he said. “I’m thankful.”

And he was surprised: “All this went on and I didn’t know about it,” he said.