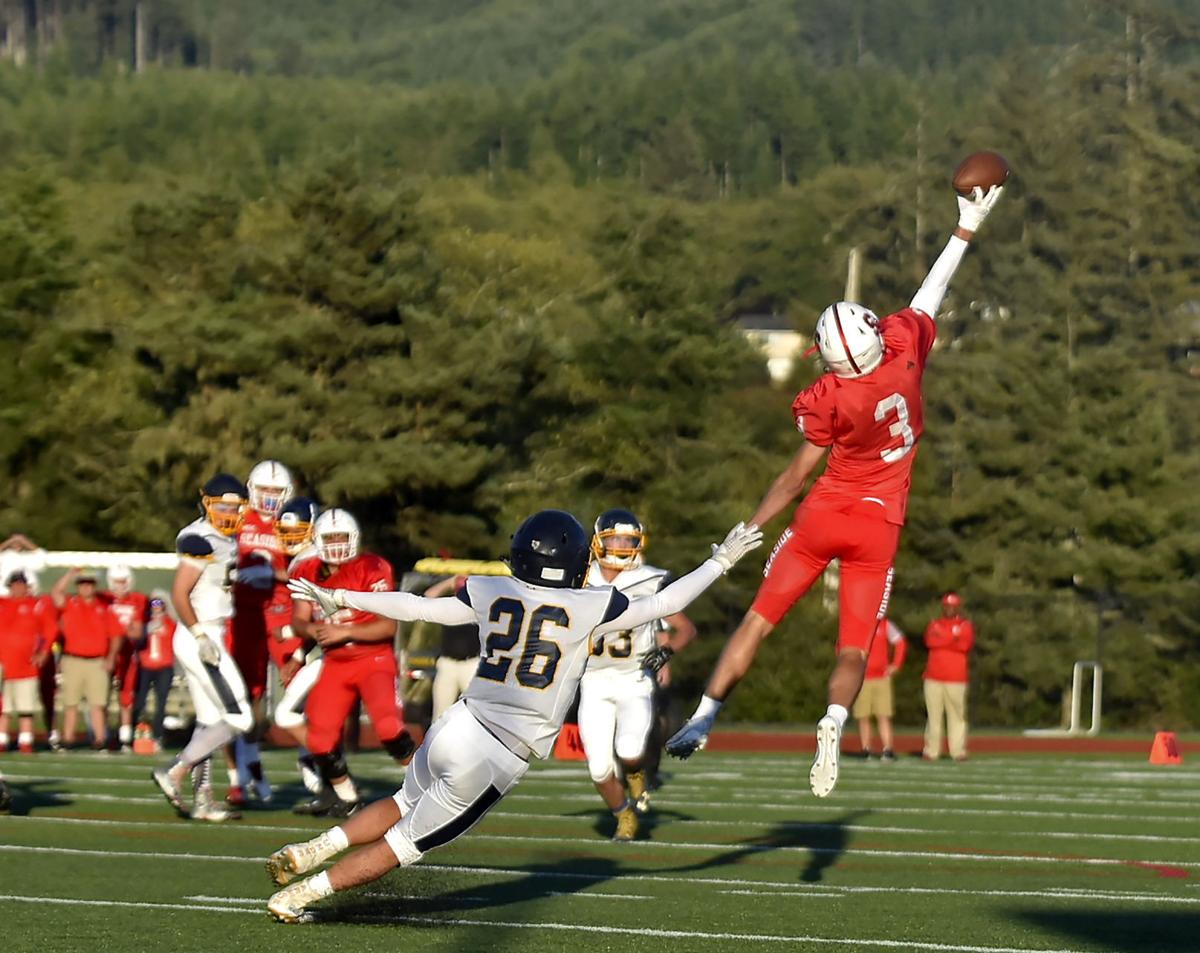 Brayden Johnson leaps into the air for a pass for the Seagulls. 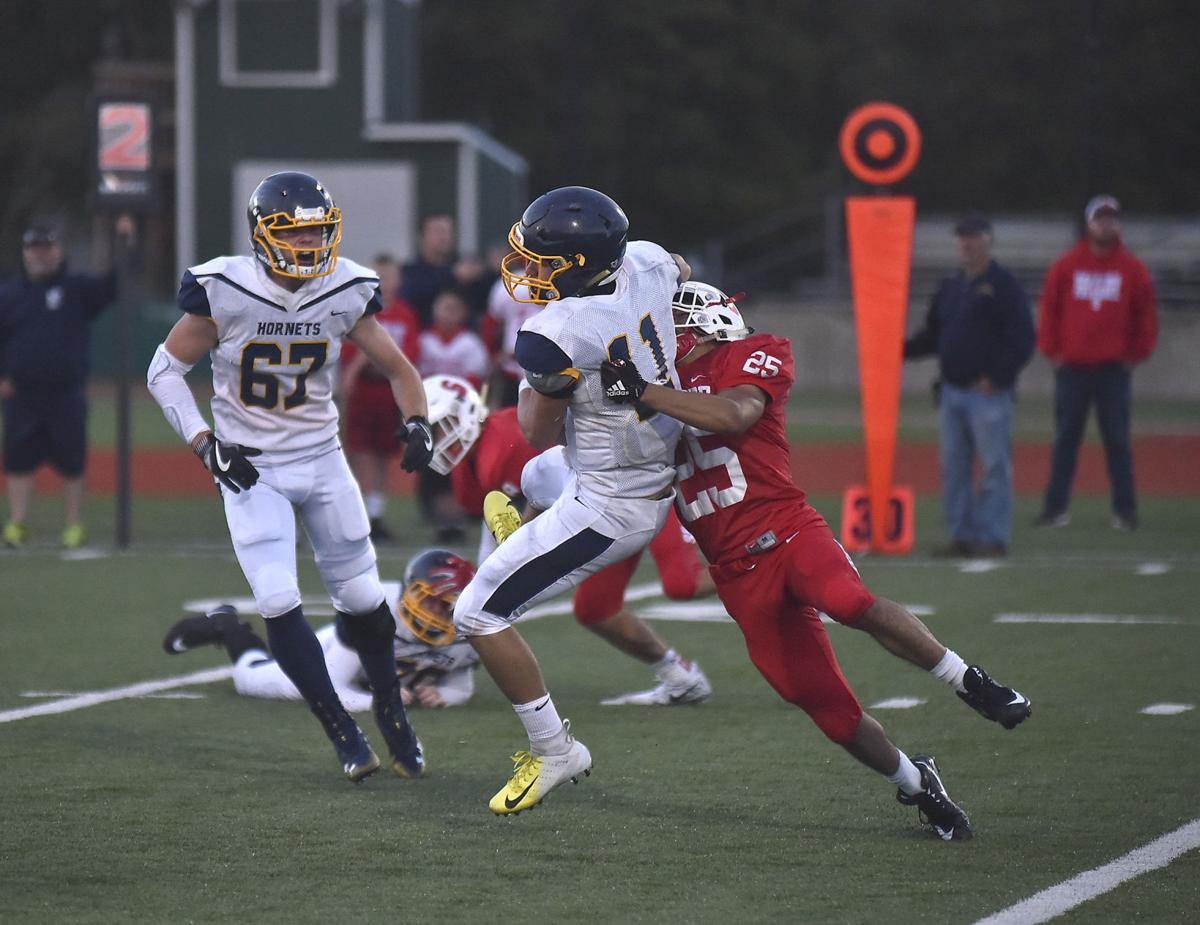 Gio Ramirez sacks the Henley quarterback for the Gulls. 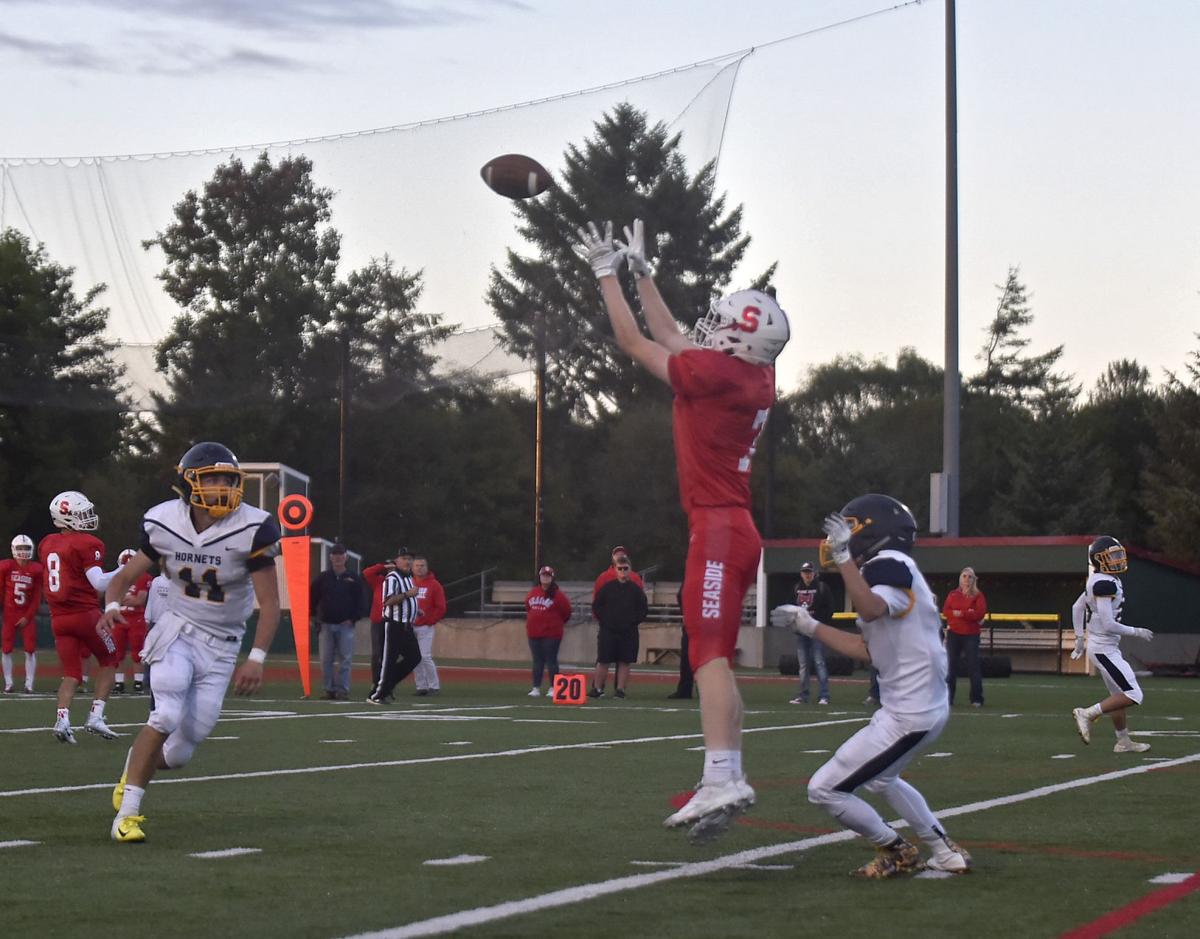 Gavin Rich pulls down a pass for Seaside.

Brayden Johnson leaps into the air for a pass for the Seagulls.

Gio Ramirez sacks the Henley quarterback for the Gulls.

Gavin Rich pulls down a pass for Seaside.

There will be lots more goals to accomplish and games to win, but for one night only in late August, revenge was sweet for the Seaside Gulls.

Facing the same team that ended their hopes and dreams in 2017, the Gulls opened 2018 with a win over the Henley Hornets, 55-13, to avenge that loss and spark what they hope will be a state championship season.

Seaside’s win over the Hornets at Broadway Field will raise some eyes at the 4A level, as the Gulls overcame a couple of early turnovers and thoroughly dominated a team that finished 2017 in the state quarterfinals.

Ranked seventh in a pre-season coaches poll, Seaside put up 55 points against a team that had not given up that much since 2012.

Seaside senior Alexander Teubner ran over and around the Hornets, racking up 119 yards in the first half alone. He got stronger as the game progressed, and added 102 yards on just eight carries in the second half to finish with 221 yards on 22 totes.

More importantly, Teubner was in the end zone six times, scoring on runs of 47 and 49 yards. He also had an interception on defense.

Seaside quarterback Payton Westerholm was only 3-of-10 passing, but he averaged 23 yards per completion, and kept the chains moving when he had to.

But the first score came through the air, as Westerholm opened the scoring with 9:45 left in the first quarter, tossing an 11-yard touchdown pass to Chris Avery.

The next six touchdowns belonged to Teubner, whose 47-yard scoring jaunt with six seconds left in the first half basically put the game away.

After giving up an 82-yard scoring drive to start the game, Seaside’s defense allowed just three first downs over the second and third quarters. The Hornets were just 3-for-13 on third down conversions.

After scoring on its opening drive, Henley could only manage two field goals from Brian Baker (26 and 34 yards) the remainder of the game.

Seaside’s Gio Ramirez added 61 yards rushing, which included a 48-yard run late in the third quarter to set up a 1-yard blast by Teubner.

The Gulls’ second-string offense even put together an eight-play, 57-yard drive late in the fourth quarter, with Jake Black scoring from a yard out, and Aedyn Cook adding the two-point conversion.

The Gulls head south later this week, for a nonleague game Friday at Marist.