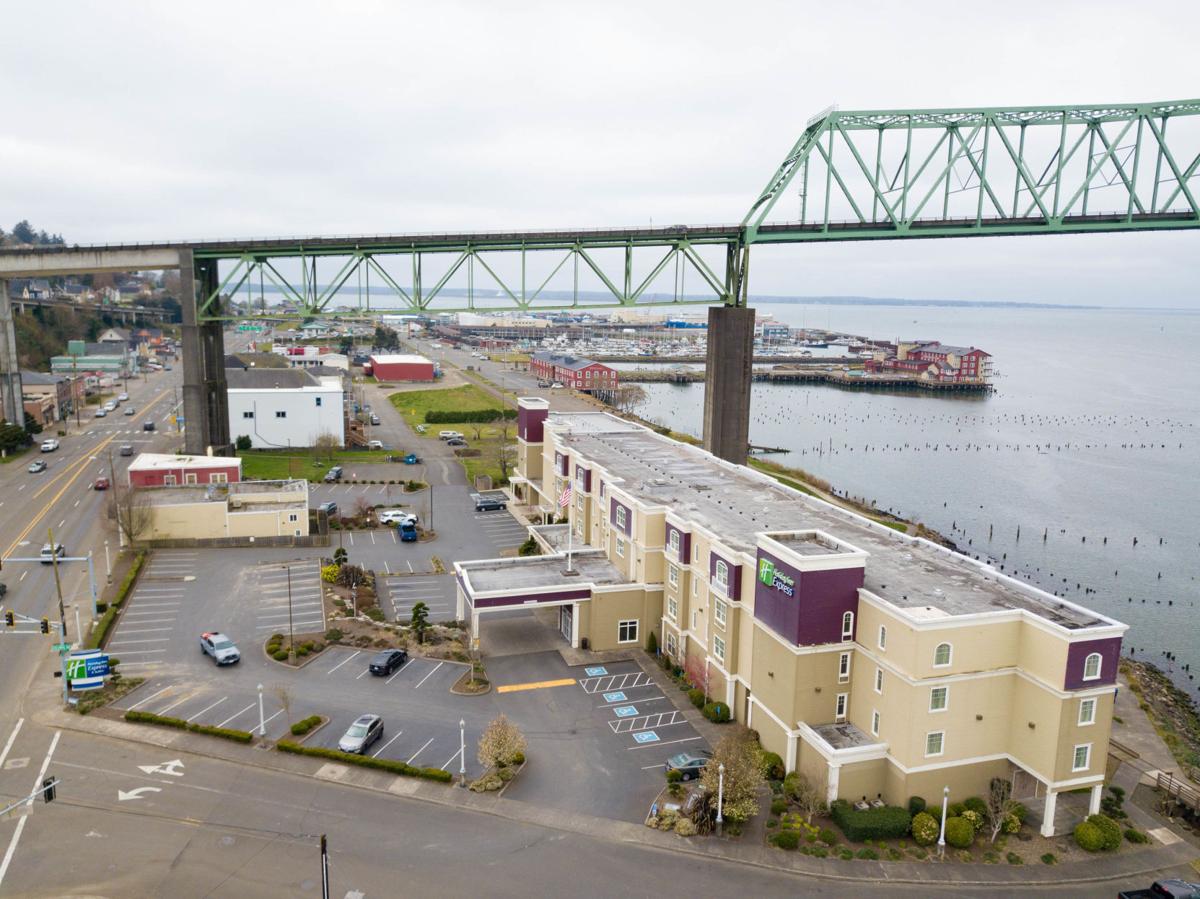 The Holiday Inn Express & Suites in Astoria on Sunday. 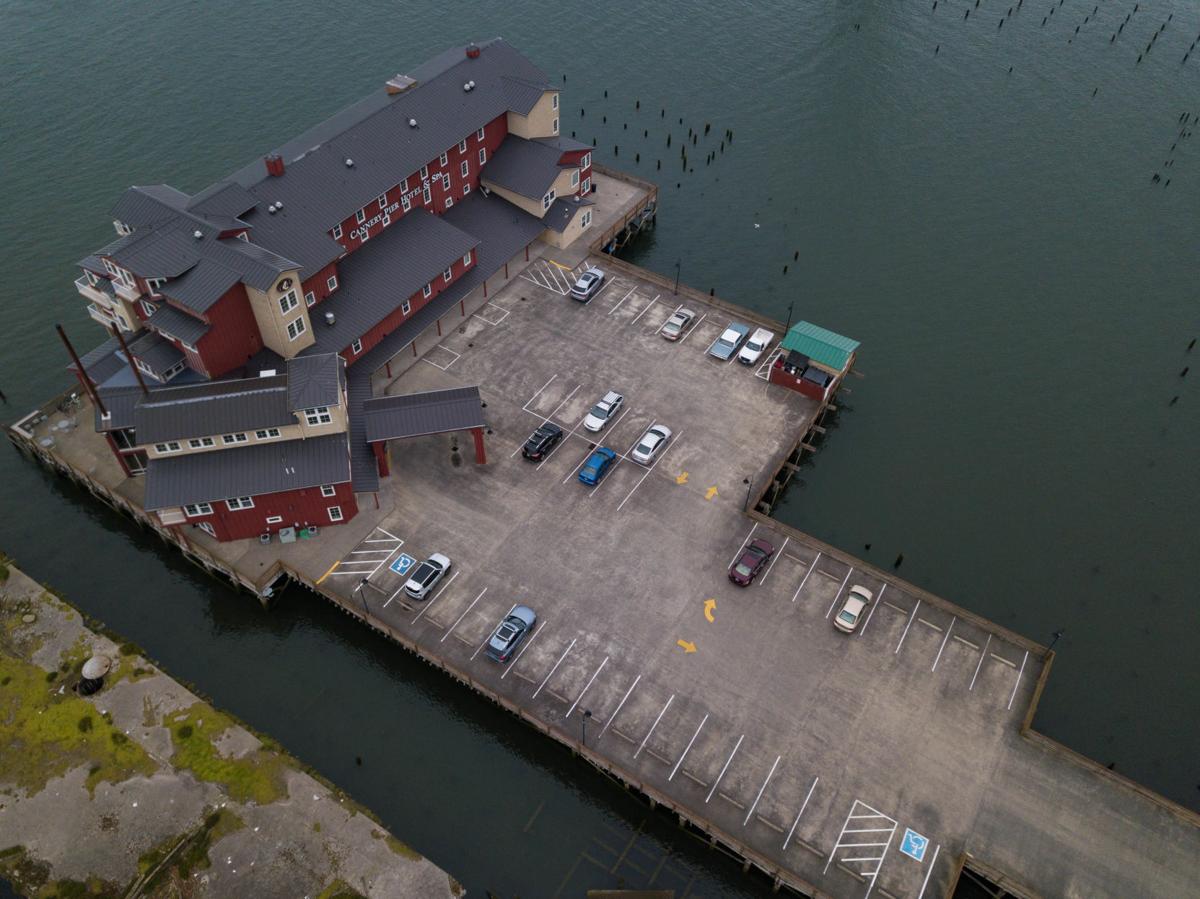 The Cannery Pier Hotel & Spa in Astoria on Sunday. 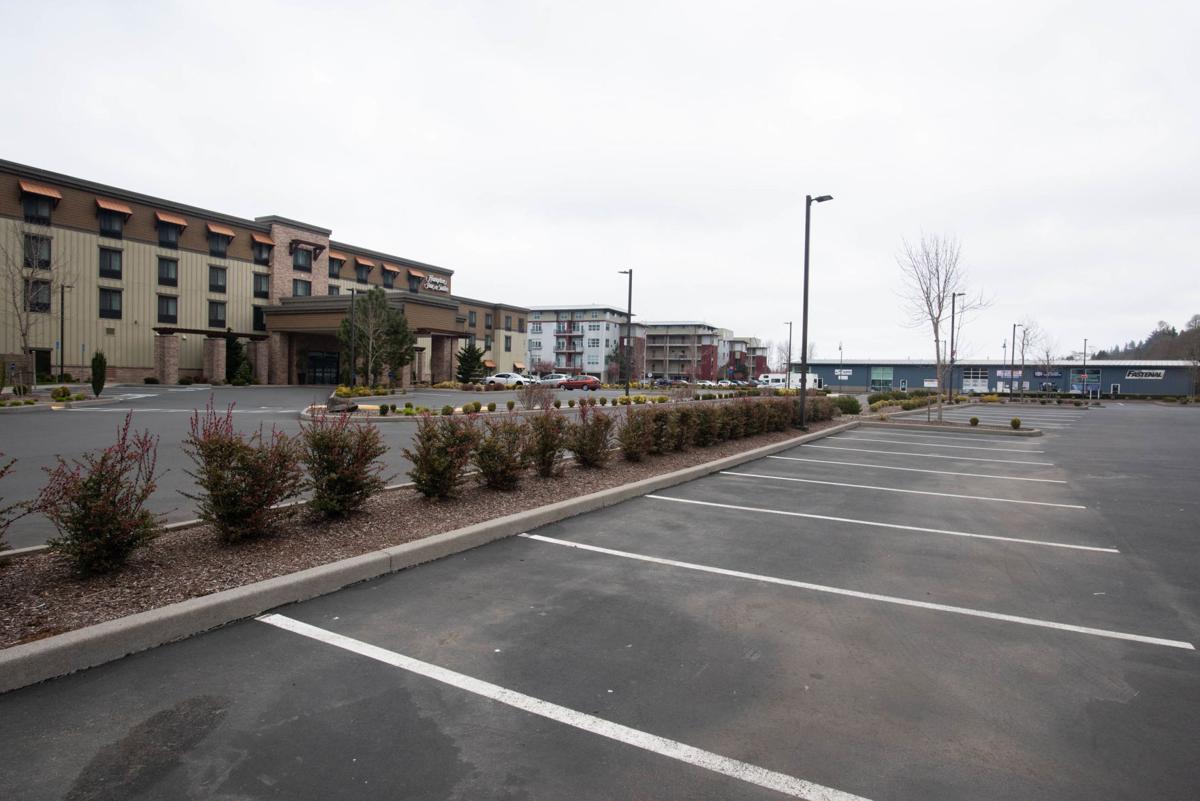 The Hampton Inn & Suites near Pier 39 in Astoria on Sunday. 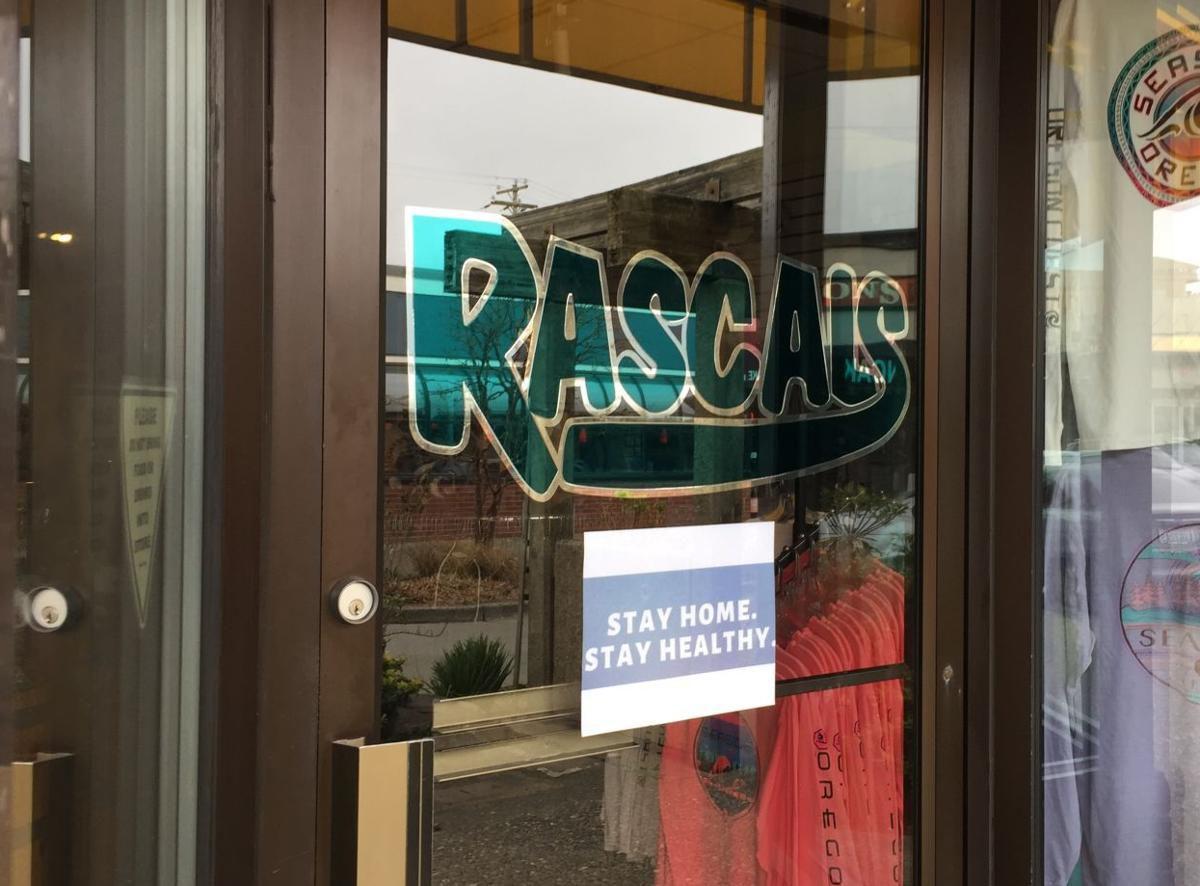 Rascals in Seaside had a message for locals and visitors.

The Astoria City Council on Sunday voted to ban visitors from staying in hotels and other commercial lodging to help prevent the spread of the coronavirus.

The order will apply for as long as an emergency declared by Astoria last week is in place. Long-term guests and essential workers are exempt. The city gave visitors until the end of the day on Monday to leave hotels, homestay lodging and other short-term rentals.

The Clatsop County Board of Commissioners voted at a special meeting via teleconference on Sunday afternoon to close campgrounds, hotels, short-term rentals and homestay lodging for two weeks starting at noon on Monday.

The Oregon Parks and Recreation Department announced on Sunday afternoon that state parks will close at the end of the day on Monday. The state had previously indicated that parks would close on April 3.

“We would have preferred an orderly shutdown of the system and to remain open for daytime visits, but our concern for the effects on rural health care systems requires us to move up and expand our plans,” Lisa Sumption, the director of the state Parks and Recreation Department, said in a statement. “We know this will cause a disruption, since we’re suspending service to everyone, even people who live near a park.

"Reducing contact between people is more important than recreation at the moment.”

In Washington state, the state closed campgrounds through April, although day-use areas and trails are open.

The moves by Astoria and the county follow the decision by Warrenton on Saturday night to ban recreational camping, homestay lodging and hotel stays in city limits through at least April.

Astoria city councilors praised the sacrifice of locals, many of whom have been laid off during the closure of most gathering spots, to comply with Gov. Kate Brown’s calls for social distancing. But they worried about tourists still coming to the North Coast.

“We cannot let those sacrifices be in vain by allowing thousands of visitors passing through our city, and many stopping in our city or vacationing in our city, during this time,” Mayor Bruce Jones said Sunday before the vote.

Jones issued a message on the city’s website pleading with tourists to stay away.

“We have been appalled by the sight of tens of thousands of irresponsible vacationers flocking to the coast, as if this was just another spring break week, with callous disregard for residents’ health and safety,” Jones wrote.

The mayor said the city's order has exceptions for critical workers, such as doctors, nurses and patients getting treatment at the cancer center.

Property owners and managers who violate the city's order could be cited in Municipal Court.

For the county's order, exceptions include people employed as camp hosts, people working in the county, as well as people traveling for work or already registered for longer stays.

Along with the lodging ban, some commissioners wondered if the county could do anything to restrict beach access after fielding numerous concerns from residents.

The county has no authority over beaches, County Manager Don Bohn said. For now, officials will reinforce the message from Brown’s office that people should stay home.

“It should be the state issuing an order to stay home, and that should be in place now,” Kujala said.

Commissioner Sarah Nebeker agreed, but added, “Truly though, we have to realize this is all happening from the ground up across the nation. This is not unique to us.”

But several leaders on the coast faulted Brown for not issuing a stay at home order on Friday night.

"On Friday, we anticipated a strong message from the governor's office," Rick Hudson, Cannon Beach's emergency manager, said during the special meeting of the City Council. "But that strong message that we were anticipating so that we could take action and actually have some enforceable items never happened. It was not an order, but only a plan.

"The plan was to stay home and stay safe. And there was also accompanying messages with that to go outside and enjoy nature along with social distancing."

Hotels, which typically see a boost in business during the spring, have been coping with the downturn tied to the government's restrictions over the virus.

The Commodore Hotel in downtown Astoria, recently leased by global hotel group Selina, had already planned to close on Monday.

The Cannery Pier Hotel & Spa announced a temporary closure on Monday. "This is an important step to help prevent the spread of COVID-19," the hotel said in a statement. "COVID-19 has created an unimaginable situation. We hope you are safe and practicing the (Centers for Disease Control and Prevention) recommended steps to stay that way."

Ganesh Sonpatki, who leases and operates the Astoria Riverwalk Inn for the Port of Astoria, said the government restrictions will hurt economically, but that he understands why they are necessary.

“We’ll accept any decision that’s passed on for the safety of our community,” he said.

The Riverwalk Inn was already down to a fraction of its rooms rented at a time when the hotel would usually be booked for spring break. Sonpatki said he’ll keep a skeleton crew for safety.

On the Long Beach Peninsula in Washington state, the owners of 21 hotels and lodging properties voluntarily announced a temporary closure to visitors. Soon after, the Chinook Observer reported, Pacific County Health Officer Dr. Steven Krager ordered the closure of all beach approaches and lodging businesses in the county.

“Our visitors are very important to us but this is not the right time to be encouraging people to travel outside their own homes nor to invite them into our community,” Andi Day, the executive director of the Pacific County Tourism Bureau, said in a statement. “If we can all act responsibly right now, this will be behind us in time to enjoy weeks at the beach in the near future.”

Several businesses decided to temporarily close over the weekend to help promote safety.

Seaside Brewing Co. and Funland Arcade were among the ones in Seaside to close.

In Manzanita, the city ordered all visitors to vacate within 24 hours. "On behalf of our citizens, business owners and our community who depend on the few resources we have, we request civil cooperation," the city said in a statement.

In Seaside, which declared an emergency on Saturday night, the cool and cloudy weather on Sunday appeared to discourage tourists from visiting.

“Today the tide’s kind of turned,” Shannon Carey, of Dundee’s Donuts, said. “The warning is getting out to people, and there seemed to be a lot of backlash yesterday: ‘Why are they coming here and why aren’t people paying attention?’”

Like other downtown businesses, he had experienced a bit of a surge from visitors on Saturday. “There are a lot of people who don’t realize if they stay home, they’re not going to catch anything,” Posalski said.

“I think a couple of weeks where everyone has a whole lot less interaction may change the curve.”

What will happen to his employees? “They are all without work,” Posalski said.

As for himself? “We’ll continue to pay our bills until we can’t. We’re coming out of the winter, so it’s really the worst time of year for a lot of the businesses here in our town.”

Nicole Bales and R.J. Marx contributed to this report.

A big thanks to the reporters for covering these stories, Thanks for asking - "what about the workers?" Your reporters are essential for our community. As we move forward in our shuttered worlds - I hope we can hear how we can help.