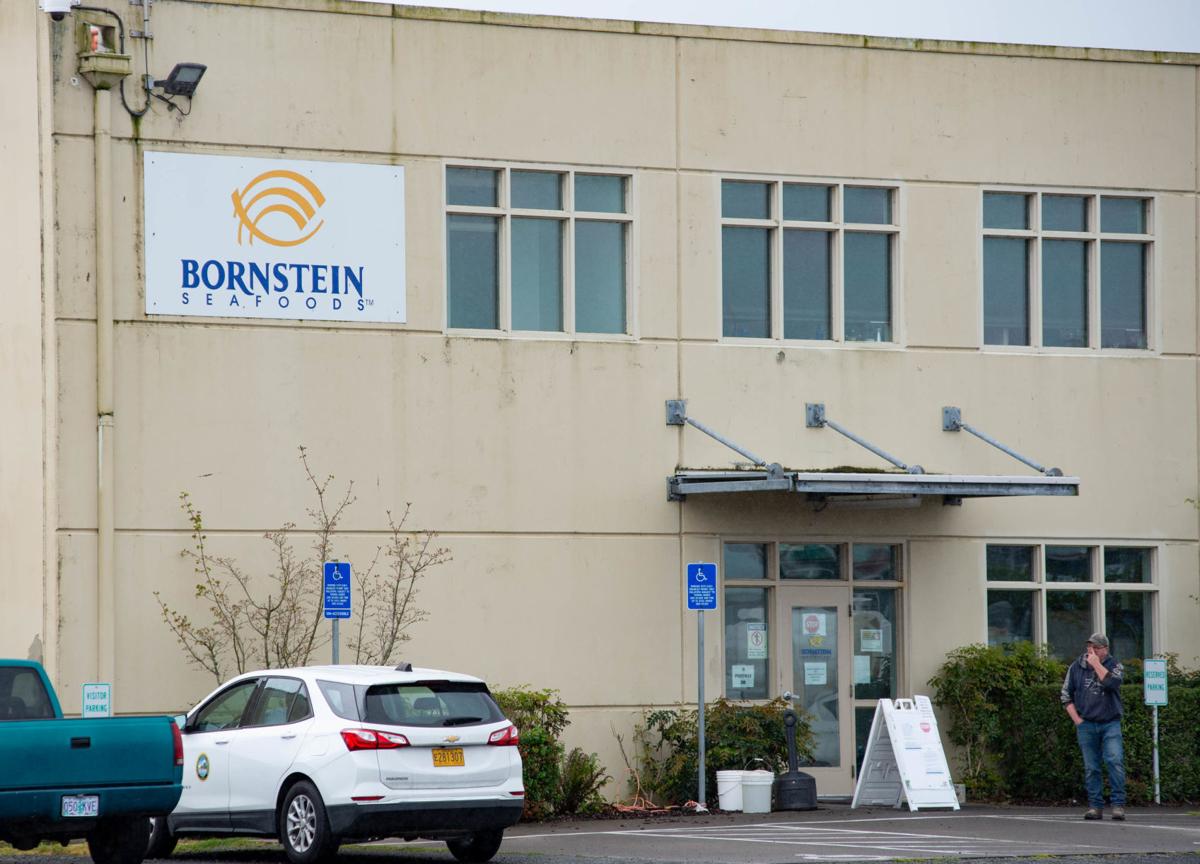 Bornstein Seafoods in Astoria has closed after several workers tested positive for the coronavirus. 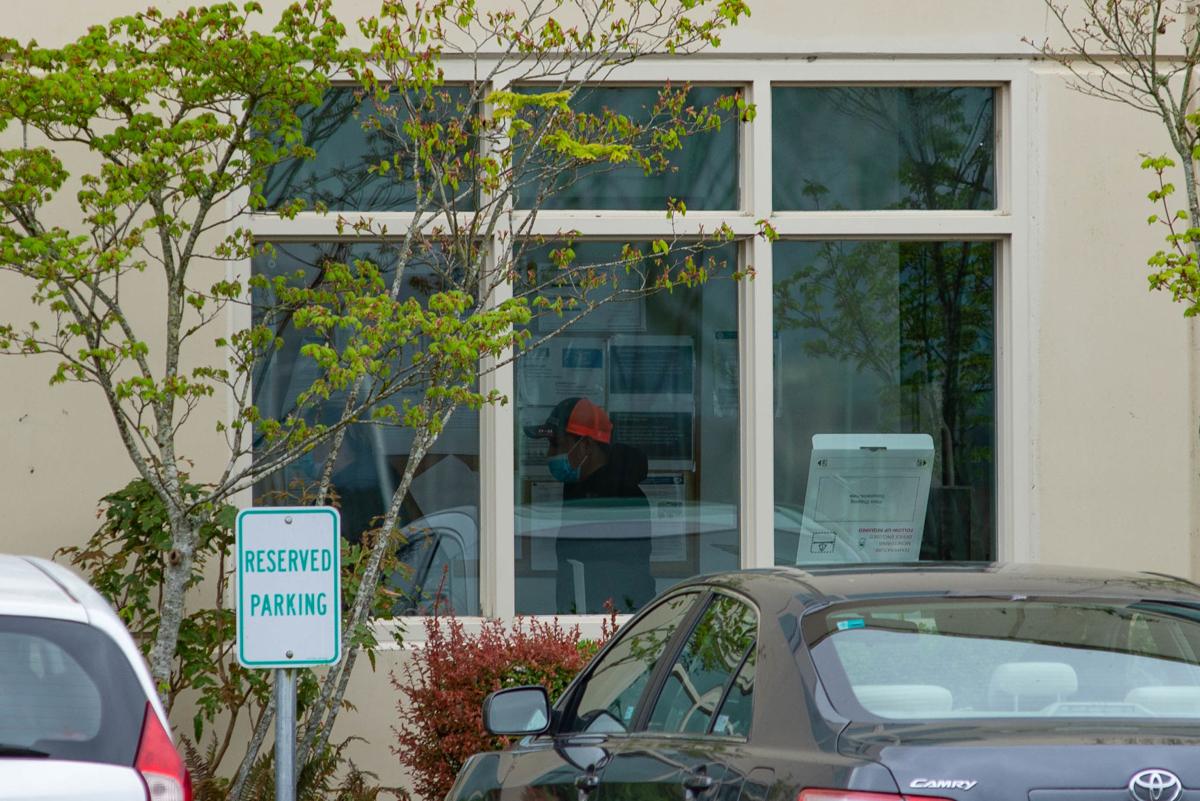 County public health officials are responding to a coronavirus outbreak at Bornstein Seafoods.

Bornstein Seafoods faced a complaint with the state Occupational Safety and Health Administration over coronavirus precautions before at least 13 workers at an Astoria plant tested positive for the virus.

The outbreak at the seafood processor tripled the number of Clatsop County cases after three weeks where no new cases had emerged.

The Lower Columbia Hispanic Council, responding to concerns from workers about how Bornstein Seafoods was protecting them against the virus, filed a complaint on April 18 citing a lack of social distancing and personal protective equipment.

An OSHA spokesperson confirmed a complaint is open, but declined to comment on whether OSHA has inspected the plant.

Bornstein Seafoods, which employs more than 150 people between two plants at the Port of Astoria, alerted the county Friday after a worker in his 40s at the main plant at the foot of Pier 1 tested positive for the coronavirus.

The company shut the plant down for deep cleaning. A second positive case — a woman in her 50s — was reported on Sunday.

Over the weekend, staff from the Clatsop County Public Health Department tested 35 workers with coronavirus symptoms, resulting in 13 positive cases as of Monday morning, with five more results pending.

The 11 positive cases reported on Monday include four women — one in her 30s and three in their 40s — and seven men — two in their 30s, four in their 50s and one in his 60s. More workers are expected to be tested Tuesday.

Bornstein Seafoods has closed both plants until further notice and advised workers to shelter at home.

Andrew Bornstein, the co-owner and vice president of the seafood processor, contested the workers’ claims of lax safety precautions and said his company has been training staff on guidelines from the federal Centers for Disease Control and Prevention for more than a month.

After the complaint, Bornstein said, he invited staff from the county Public Health Department to tour the plant and recommend best practices to increase distancing, and to help his company acquire hard-to-find protective equipment.

“We have been engaging our staff, our health partners, the Hispanic council, OSHA and anybody else who wants to help keep people safe,” Bornstein said in a text message. “We take this very seriously and continue to follow the lead provided to us by the Public Health Department.”

Jenny Pool Radway, the Hispanic council’s executive director, said employees reached out after an article in The Astorian in April with comments by Bornstein about safety precautions his company was taking to protect workers from the coronavirus.

“They were upset, because the cannery was reporting something that was false and that they weren’t seeing, and that was a big concern to them,” she said.

Several workers at Bornstein Seafoods, speaking on condition of anonymity through a translator, claimed the company had done little to protect them from the virus before the OSHA complaint.

The workers claimed managers had only given out masks in the past several days, and only after the Hispanic council had made a donation from its stocks. They said temperatures have not been taken, social distancing has not been enforced, bathrooms have not adequately been cleaned and visibly sick people have not been urged to stay home.

The workers also claimed co-workers were brought in from as far away as Longview and Aberdeen, Washington, increasing their potential exposure to the virus.

One worker described seeing someone coughing in the locker room and telling him to go home. Bornstein said the company has been telling workers every day not to come to work if sick.

In an interview with The Astorian on Sunday, the first worker at Bornstein to test positive described the onset of the virus.

“I thought it was a cold because I had worked with water from a tank that was filled with ice,” said the man, who spoke on the condition of anonymity. “I started to feel really strange in my face and my eyes. The next day I began to lose the taste for flavors. And after that, I began to feel the symptoms of the flu, headaches and chills.”

About two weeks ago, a week after the onset of symptoms, he decided to no longer work, a difficult decision for the father of two.

“That’s one of the pressures that we feel as Hispanics, the need to work. But I was just not feeling good, and I decided to not work,” he said.

He said his breathing worsened, and he developed a dry cough. His daughter reached out and arranged for a screening at Providence Seaside Hospital, where he was tested for the coronavirus on Wednesday.

“I don’t know what to say,” he said of knowing he has the virus. “It’s something you cannot believe.”

Since Wednesday, he has been at home in quarantine with his family. Down to only a slight cough, he’s hopeful to end quarantine after seven days with no symptoms. Then come the concerns of how he’ll pay for medical bills without health insurance.

“We haven’t paid yet,” he said. “We are waiting for the bill. They told me I can apply for financial aid at the hospital.”

Bornstein Seafoods falls under the protections of the federal Families First Coronavirus Response Act, which reimburses employers of fewer than 500 with tax credits for providing paid sick leave for issues related to the virus. Bornstein said the company has been giving employees the IRS forms to fill out for benefits.

The county has largely deferred to Bornstein on how and when to reopen. Asked how he would approach the decision, Bornstein said, “Carefully.”

In the previous six reported cases of the virus in Clatsop County, the Public Health Department declined to provide any information about whether the people involved had jobs or engaged in activities that made it more or less likely the virus could spread.

The county announced on Friday that the people involved in the six previous cases convalesced at home under quarantine and recovered.

The Oregon Health Authority reported 2,759 cases and 109 deaths from the coronavirus statewide as of Monday morning.

The health authority tracked 531 test results in Clatsop County, including eight of the positive cases.

“I think they’re trying to walk a very fine balance between transparency and public information and HIPAA (Health Insurance Portability and Accountability Act), and I totally respect that,” Astoria Mayor Bruce Jones said of the federal law intended to protect medical privacy.

In a Facebook post on Monday, Jones said Bornstein Seafoods’ leadership worked closely with the county before the outbreak and has been exceptionally cooperative since the positive cases were reported.

“Please everyone, let this serve as a reminder that we simply don’t know where the virus is and who has it, including ourselves — continue to do everything you can to break the cycle of transmission by washing, wearing a mask when around others, and staying home if and when you can,” he wrote.