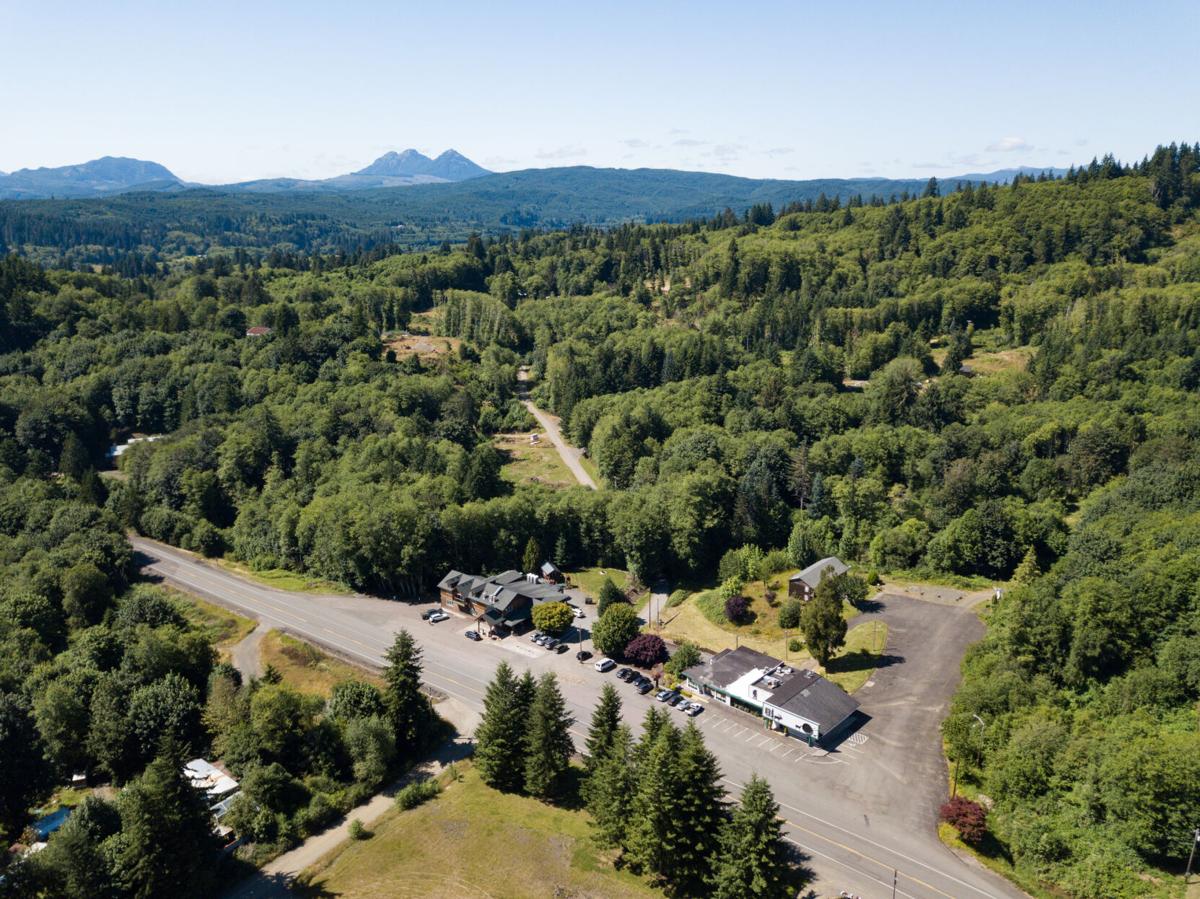 Baker's General Store and the Elderberry Inn off of U.S. Highway 26 are among the businesses in the rural region of Clatsop County that suffer from the lack of reliable internet. 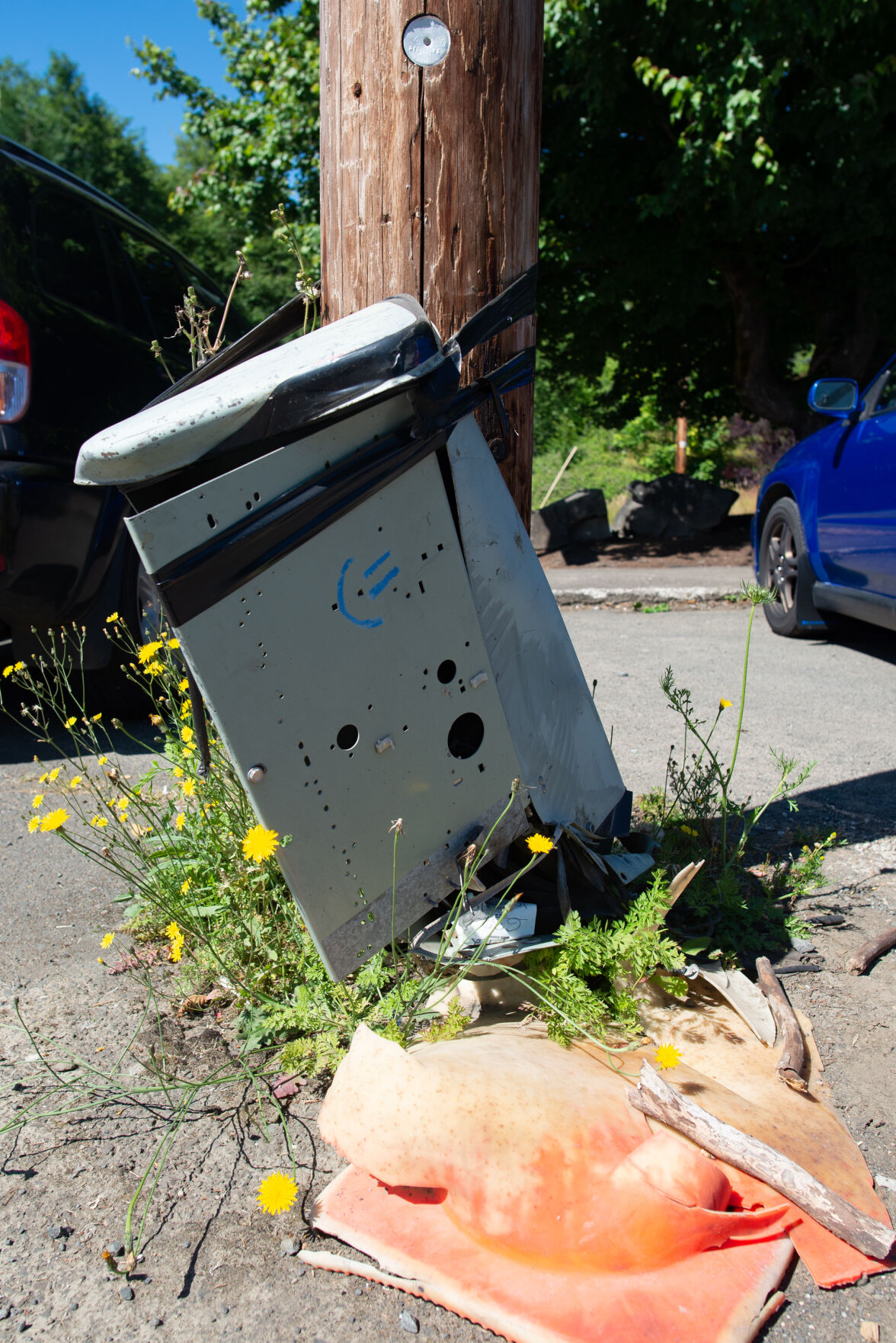 The heavily-taped CenturyLink junction box sits off of U.S. Highway 26 surrounded by trash, weeds and a destroyed traffic cone. 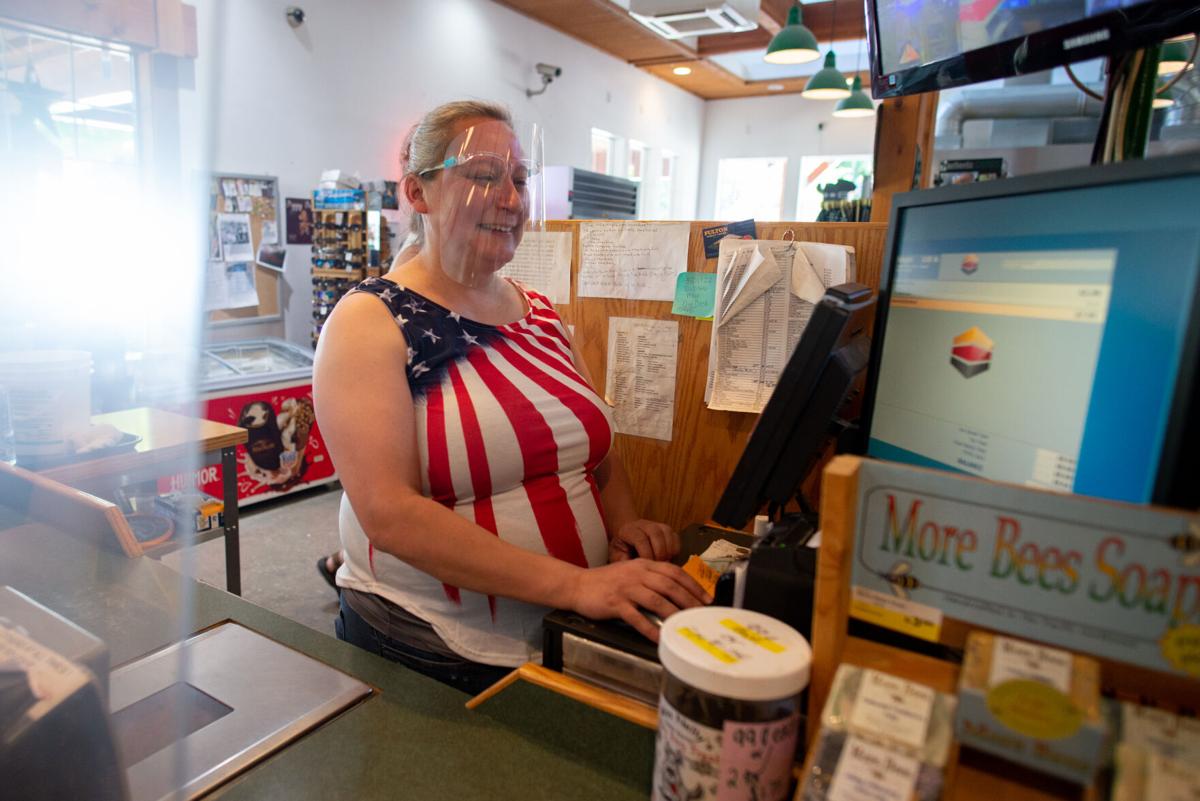 Rene Armstrong works the checkout station at Baker’s General Store off of U.S. Highway 26. When the internet cuts out, Armstrong and other workers struggle to process credit card payments.

Sandwiched between two parking spaces in front of the Elderberry Inn off of U.S. Highway 26 sits a banged up junction box with a bundle of exposed cables.

“It has been knocked over and run over at least once every two months. All there is out there is a pile of cables that are taped together,” said Brian Baker, the owner of Baker’s General Store. “It handles everything. And we’re totally dependent on that box that’s laying on the ground that they continue to run on.

“With the slow connections like we have, people come in and business walks out because they’ve got to pay with cash, because you can’t use a credit card without the internet,” he said. “So we literally lose a lot of business.”

And it is getting worse.

The coronavirus pandemic has made the broadband gap too difficult to ignore, as network capacity in rural parts of Clatsop County has been overwhelmed by more people working and schooling from home.

The barrier for communities like Elsie, Jewell and Knappa is the “last mile” of fiber — extending lines that bring high-speed internet connection.

Over the past several months, improving internet access has become a higher priority for county leaders.

Commissioner Lianne Thompson, who represents most of the southern part of the county, including Elsie, said the county is working on several possible solutions.

“The need is huge,” she said. “I think COVID has shifted the world in terms of how education is going to be run, and health care and commerce and employment.”

Baker also works full time from his home in Elsie as the director of sales and service for Legacy Automation Inc., a Washington state-based company that manufactures machinery for the pulp and paper industry.

“The way we do orders for the store here, for the grocery store part of it, is we have to do that with our supplier over the internet. So if it’s down then we can’t get our order in for the week. It’s just a cascading, horrible effect that hits us, and extremely costly.”

Baker serves on the board of directors for West Oregon Electric Co-op, an electricity provider that serves rural areas in five counties. He said the co-op has the infrastructure in place with electricity and phone lines running to every home. He pointed to work Columbia County is doing to secure federal coronavirus relief money to run fiber along those lines.

He said he would like to see Clatsop County do the same and take a more active role in finding solutions.

“And I’d like to see somebody besides CenturyLink operate that (digital subscriber line) system, even if it’s a (public utility district) type system,” he said. “CenturyLink has failed with all their tax breaks they’ve gotten, all of the incentives they’ve gotten. All they’ve done is milk the system and wandered off with all the value of it until it’s in the state of disrepair it is now.”

Kerry Zimmer, a spokeswoman for CenturyLink, said the company understands how important it is for customers to have reliable services.

“We are constantly assessing our options so that we can provide as much support to our communities as possible,” Zimmer said in an email. “To best support customers in Astoria, we made the decision to evaluate alternate technologies for delivering services. Once a determination has been made, customers will be notified directly. At this time all services in the area are operating normally.”

However, locals are skeptical that the investment will be made.

T.J. Hecox owns the Elderberry Inn with his wife, Emily.

He is doubtful a company will invest in laying more fiber lines in the area because of the lack of return on investment.

“It’s really hindered the community as a whole,” he said. “From Jewell School to Highway 26, the internet is mediocre at best if you do have CenturyLink. And if you get off of CenturyLink internet, they won’t allow you to get back on it because they’ve oversold their broadband.”

He said he has to pay for CenturyLink and satellite internet just to maintain the inn and restaurant’s point of sale system.

“Basically, you just have to have two to have one work all the time,” he said.

“But not everybody can afford to do that,” he said. “That also affects the 911 system, because if you pick up your home phone and you can’t get out to dispatch, which is in Astoria, then if you have an emergency you can’t even call 911.”

The problem is Elsie is a rural community at the end of a fiber line, and no one wants to invest in branching fiber out, Mulder explained.

“There’s only about 400 some homes around this area and they’re spread out,” he said. “It’s not worth doing from (CenturyLink’s) point of view. They keep saying someday, someday. But I’ll probably be very old before I see any good service out here.”

Ten years ago none of this was an issue. Now that internet tech has advanced, people have convinced themselves they can't live without it. The first thing all concerned parties should do, before beefing up infrastructure, is put together contingency plans that allow them to cope when the net is down. This childlike dependence so many have on modern technology is disturbing.