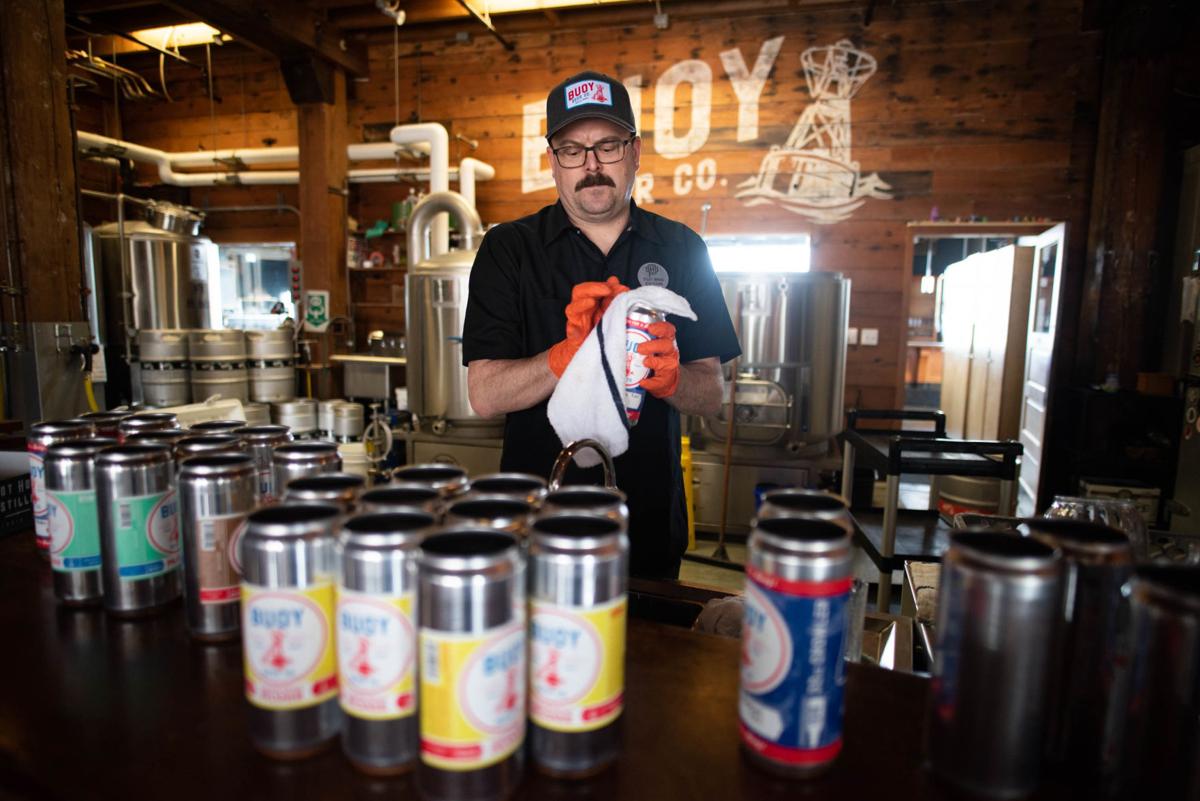 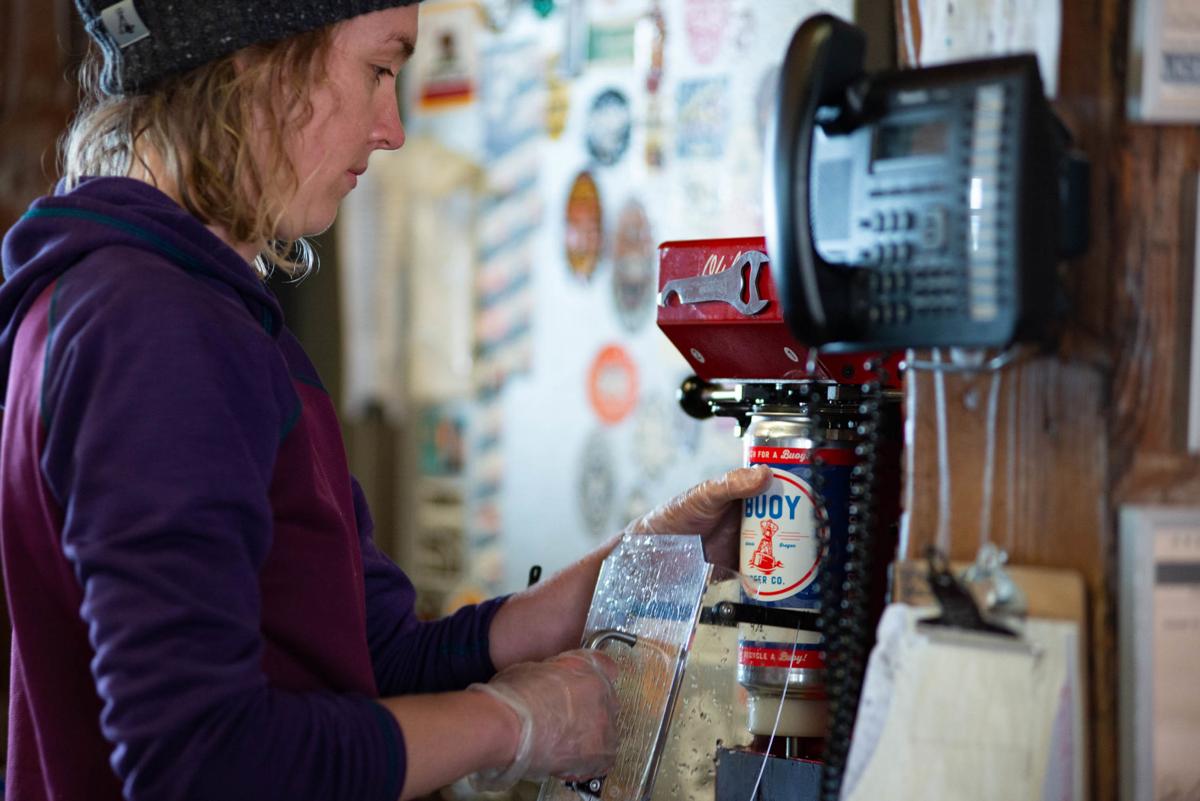 Ellen Rey seals the lid of a crowler at Buoy Beer Co.

Local businesses have had to get creative since Gov. Kate Brown’s order to limit bars and restaurants to takeout and delivery as precautions against the coronavirus. Many have laid off much of their staff and kept a trickle of revenue through to-go options.

From beer and ice cream to soup and dough, a growing number have sprouted delivery services to reach customers.

Four local shops — Frite & Scoop, Busu, Good to Go and Idlewild Biscuits — teamed up to offer joint delivery of their products through an online ordering platform hosted by friteandscoop.com.

Brian Medford, the owner of Idlewild, said it’s about providing people hunkering down at home with some unique options. “People have felt like they’ve made dinner at their house 700 times in the month of March,” he said.

Kenneth Booth, the owner of Busu, recently shut down his walk-up window on 11th Street, despite being more oriented toward pickup orders, and has since focused on pickling vegetables for the partnership.

“It’s easier for me to be more adaptable and do more things if I’m not pinned in my restaurant, having it open,” he said.

The partners bring their products to Frite & Scoop for curbside pickup. Medford handles most of the home deliveries around Astoria.

“I’m from Seattle, and so I guess I’m used to … having anything I want delivered at any time,” he said. “It’s going to be interesting how life will change in many ways after we make it through all of this stuff. And maybe delivery services will be a part of that.”

The North Coast has so far lacked the consistent demand for dedicated delivery services such as Uber Eats and Postmates, leaving a void in to-go options during the shutdown. Local cab drivers offer food and grocery delivery, but say business has dwindled.

Travis Weichal, who runs Royal Cab, said he has halved the number of drivers, who are going on shorter shifts. Most of his business is coming from medical appointments and employees deemed essential needing a ride to work, he said.

LaNay Walker, who operates Moms Cab in Astoria, said she has gone from between 25 and 35 runs a day down to about five. Since the government restrictions, she’s received only a couple of requests for grocery or food delivery. The drop in tourism already has her worried about how to keep her business afloat.

“The summer money is what gets you through the winter,” she said. “So I may not be making any money now, but it’s going to be worse come winter.”

One of the more creative local businesses has been Buoy Beer Co., which laid off most of its staff but joined many other businesses in offering pickup orders of food and beer. The pickup service eventually shut down because of large groups of people continuing to come in.

“We have a lot of draft beer that now has nowhere to go,” Dart-McLean said. “All the restaurants that we usually sell draft beers to, and the bars, are not ordering anymore. Our distributors have stopped ordering all draft beer. And we don’t have any way to sell it in the restaurant.”

Buoy emerged last week with a new delivery business where customers order 32-ounce crowler cans of beer online by 9 a.m. for same-day delivery in Astoria. In the first three days, Buoy delivered 260 crowlers. The brewery sold around 100 in less than two hours after a sales representative took some to Portland. Now Buoy is running out of crowlers to fill.

“All the breweries are trying to do this, and so they have a pretty big lead time,” she said. “They’re trying to produce more crowlers right now, but I think almost every brewery in the United States right now has a crowler order in — or at least the ones that have crowler machines.”

Dart-McLean said Buoy has reached out to Fort George Brewery looking for crowlers. Fort George had been selling to-go food and crowlers out of its Duane Street entrance but felt it had to close because the service was enticing tourists, said co-owner Chris Nemlowill.

“We think we have a zero-contact method that should allow people to get draft beer in crowlers and continue to support” Fort George, he said.