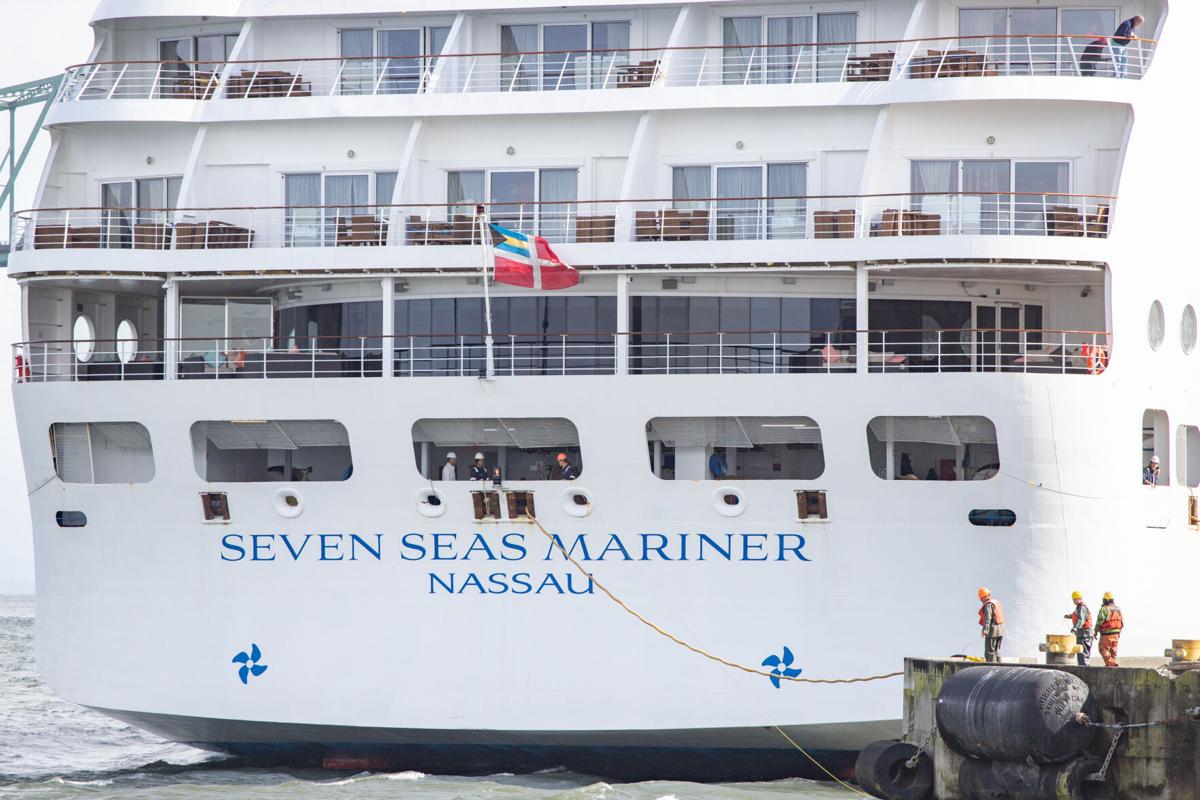 The Seven Seas Mariner docks at the Port of Astoria in 2019. 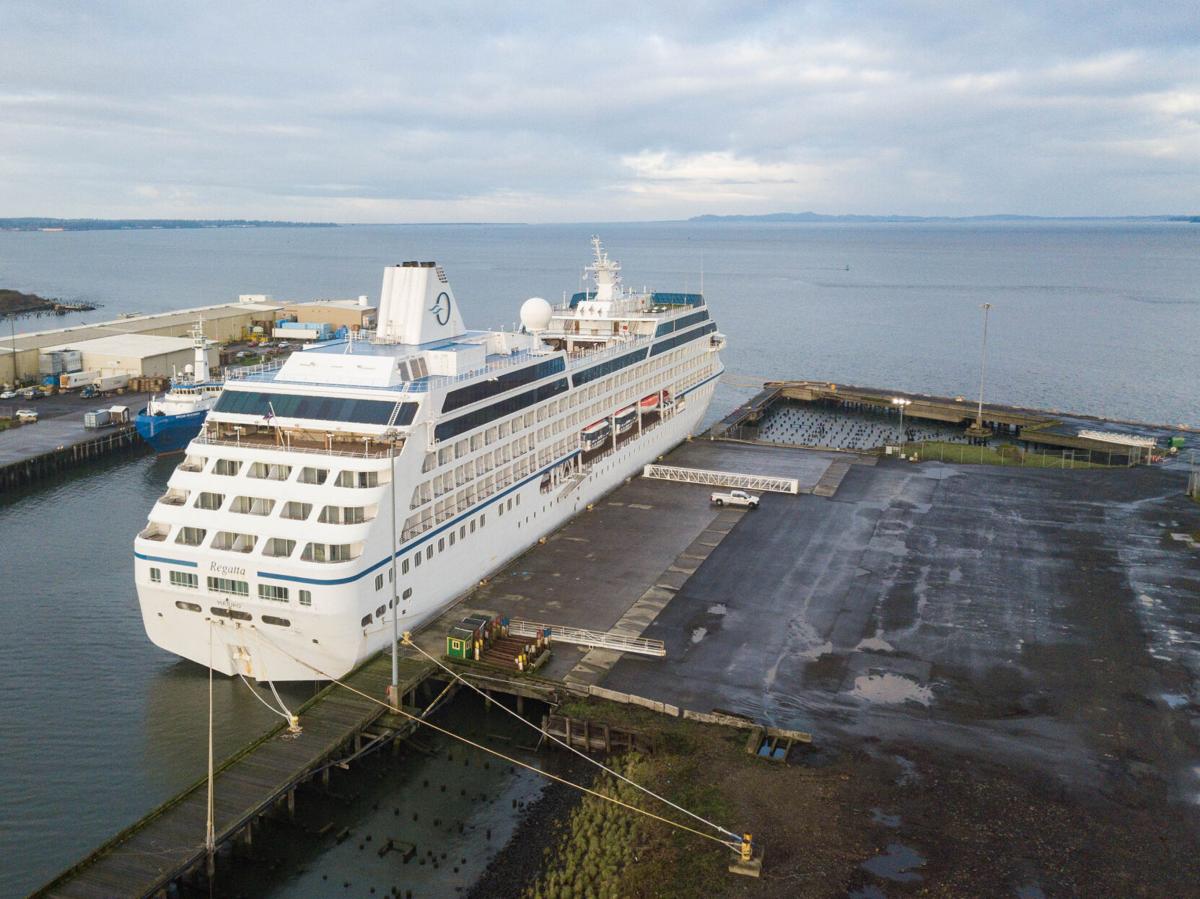 The Regatta is riding out the coronavirus pandemic at the Port of Astoria. 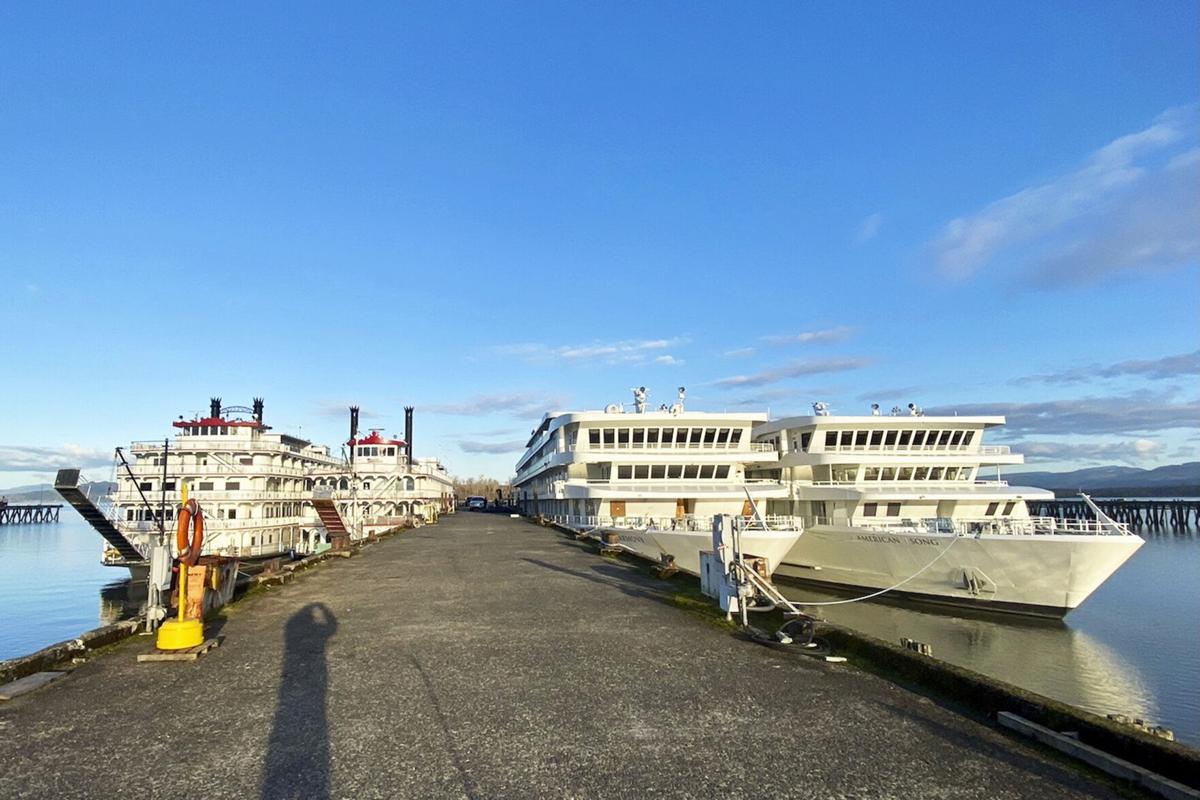 American Cruise Lines’ Columbia River fleet, including Queen of the West, American Pride, American Song and American Harmony, has homeported at North Tongue Point while the cruise season remains in flux because of coronavirus.

The Alaska cruise season — an important source of revenue for the Port of Astoria — could be in jeopardy after Canada banned cruise ships with more than 100 passengers until March 2022 because of the coronavirus pandemic.

In a statement, the Canadian government said the ban was necessary to focus on vaccine rollout amid new variants of the virus.

“Temporary prohibitions to cruise vessels and pleasure craft are essential to continue to protect the most vulnerable among our communities and avoid overwhelming our health care systems,” said Omar Alghabra, the minister of transportation in Canada. “This is the right and responsible thing to do.”

U.S. maritime law requires foreign-flagged cruise ships visiting multiple domestic ports to stop in another country during each cruise. Canada provides the stopover for cruise ships shuttling between the West Coast and Alaska.

As of last week, the Port still had 17 cruise ships scheduled to dock in Astoria through the year, starting with the Celebrity Eclipse on May 4. Ten spring cancellations have so far cost the Port an estimated $314,000 in revenue. Canceling the rest of the season could cost another $500,000.

“I anticipate that we will have more cancellations, if the CDC (Centers for Disease Control and Prevention) guidelines don’t change and the COVID situation doesn’t change,” Sue Transue, the Port’s terminal manager, recently told the Port Commission.

Will Isom, the Port’s executive director, said he was caught off guard by the length of the cruise ship ban in Canada, but that things can change quickly.

“I think there’s a potential that with the vaccine rollout and other precautions that may be put in place, that that window may become shorter,” he said. “But again, it’s hard to project. There’s a lot unknown moving forward.”

Most of Alaska’s 1.3 million visitors in 2019 were on cruise ships before Canada banned them in 2020. Alaska’s congressional delegation derided the length of Canada’s ban, calling it unacceptable.

“Upon hearing the announcement, we immediately reached out to Canadian and American agencies to try to understand the rationale behind this decision — particularly the duration of the ban,” U.S. Sen. Lisa Murkowski, U.S. Sen. Dan Sullivan and U.S. Rep. Don Young, Alaska Republicans, said in a joint statement. “We are exploring all potential avenues, including changing existing laws, to ensure the cruise industry in Alaska resumes operations as soon as it is safe. We will fight to find a path forward.”

Bruce Conner, the Port’s cruise ship marketer, said he understands Canada’s decision. But he said it’s too soon to say whether there will be a cruise ship season this year.

“I believe there are some options out there that we are going to be able to, for fall especially, find solutions for the Canadian government to amend its decision,” he said.

Conner said lawmakers from Alaska and Washington state are working with Cruise Lines International Association, a trade association, to find compromises, such as waivers to the federal Passenger Vessel Services Act requiring visits to foreign ports by foreign-flagged vessels. In a statement after Canada’s announcement, the association shared its surprise and hopes to change the government’s mind.

“We hope to have an opportunity to revisit this timeline and demonstrate our ability to address COVID-19 in a cruise setting with science-backed measures, as (cruise association) members are doing in Europe and parts of Asia where cruising has resumed on a limited basis,” said Charlie Ball, the chairman of the association’s Pacific Northwest and Canada branches.

The association said there have been more than 200 sailings in Europe and Asia with enhanced safety measures. Cruise companies have agreed to require testing, masks and physical distancing and quarantine crews prior to trips.

The Port was also supposed to make more than $118,000 from 37 smaller river cruise vessels docking at Pier 2. But American Queen Steamboat Co. canceled 29 of 34 visits by its ship, the American Empress, to Pier 2 this year, erasing three-quarters of the Port’s river cruise revenue.

“If the restrictions get lifted, I think we’ll have reservations come in pretty quickly,” Transue said. “But at this point, with the way the situation is, I think we’re pretty much going to stay at this point until that changes.”

“I think that could be a challenge as we move forward as well. Some jurisdictions are going to be farther ahead, as far as the vaccination process and the level of virus outbreak in those communities,” he said. “That’s obviously going to impact the ability of ports to host a vessel. And along with that, it’s hard to plan around.”

Conner said the Port, Oregon, Washington and other ports upriver are planning to discuss how to approach the river cruise season this spring. He said river cruise companies are hoping to be in a lower risk category than oceangoing vessels, since all their vessels carry fewer than 250 people.

“They want to be compared to a hotel with a restaurant,” Conner said. “So can the CDC or the state use requirements, and apply those to the river boats? If they’re able to do that, they’ll have the green light to operate this spring.”

One place that has benefited from the stalled cruise ship season is North Tongue Point, where Bob Dorn, the owner of Hyak Maritime, said American Cruise Lines has homeported its Columbia fleet of four river cruise ships to be serviced by WCT Marine & Construction, a local shipwright.

“American loves working with Bob Dorn and the guys at Tongue Point,” said Alexa Paolella, a spokeswoman for American Cruise Lines. “It is a great partnership and our four small riverboats will remain there until we are able to operate. We continue to work diligently and respectfully with both local and state officials in order to resume our personalized explorations throughout the region.”