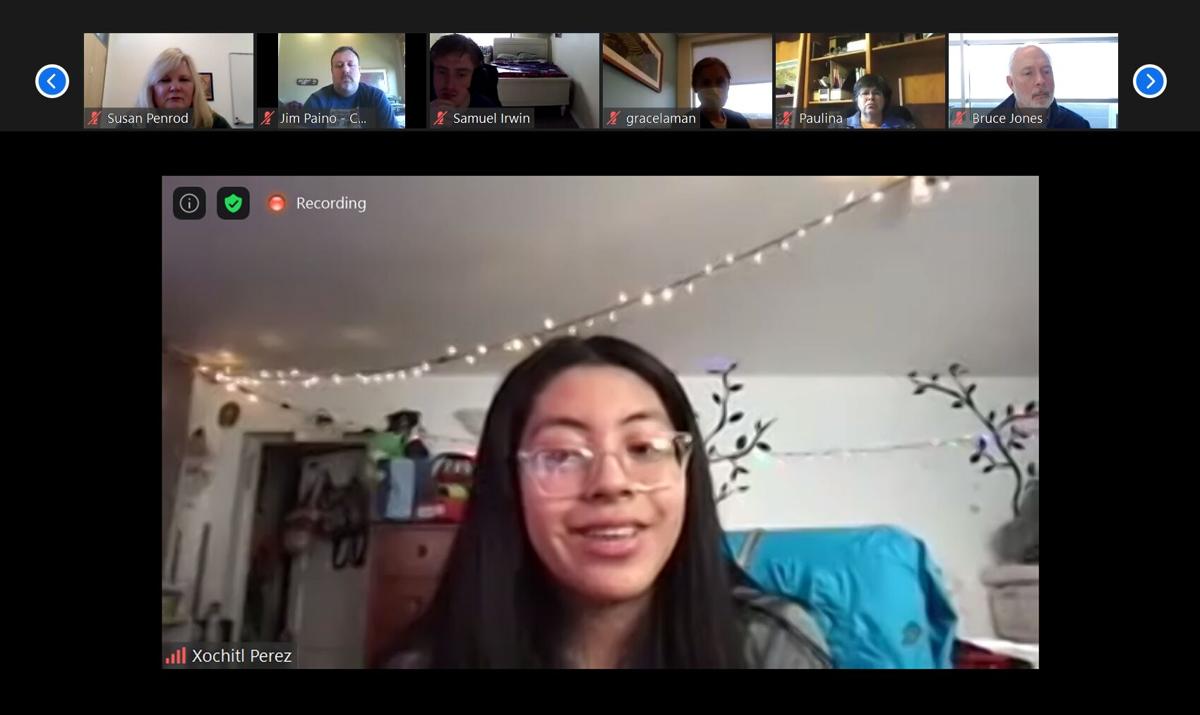 Astoria High School senior Xochitl Perez discusses the difficulties she has working from home during the pandemic. 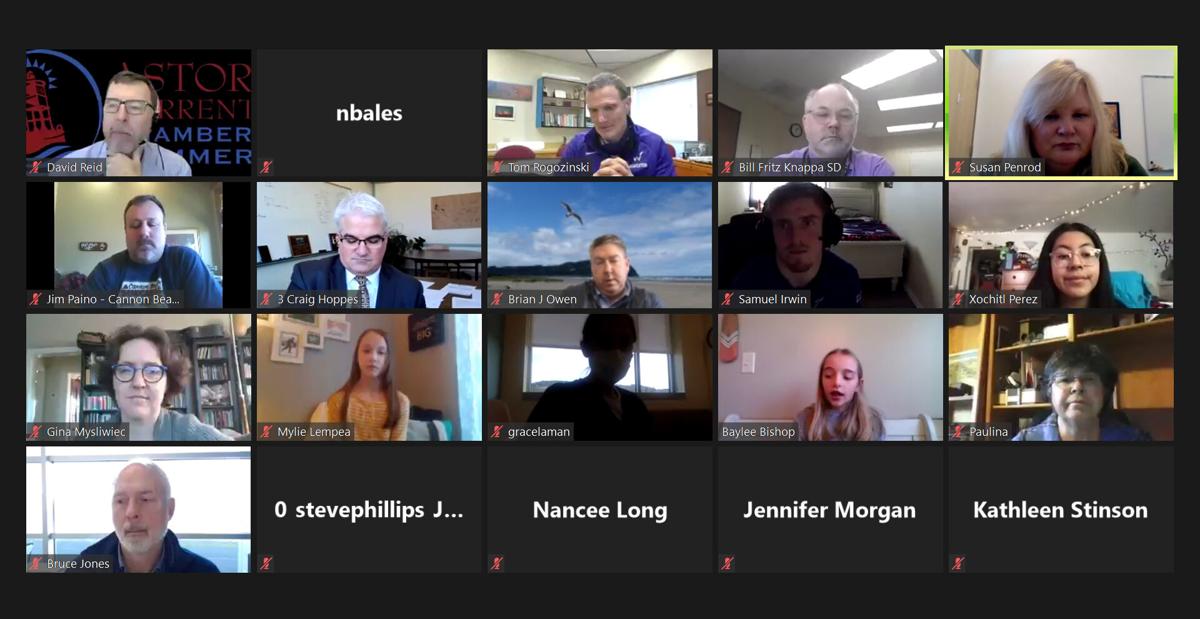 Community leaders met via Zoom on Thursday to urge people to work together to reduce the spread of the coronavirus.

In a plea to the community, North Coast political, business, health, education and social service leaders on Thursday asked people to work together to slow the spread of the coronavirus.

“While we respect that there are different attitudes towards this crisis, we are concerned about our children, our economy and our collective health,” they said in a letter on the eve of Clatsop County again being categorized by the state as extreme risk for the virus on Friday. “This is a plea to all of us to take on this issue as a community, not as individuals, not as combatants.”

In a Zoom call, some of the most compelling accounts came from an emergency room doctor and from students who are trying to cope through the pandemic.

“We’re going to continue to bounce back and forth between extreme risk and high risk as long as people continue to engage in riskier practices every time we drop to a lower risk level,” said Dr. Regina Mysliwiec, an emergency room doctor at Columbia Memorial Hospital in Astoria.

She attributed the rising number of virus cases, in part, to “COVID fatigue” — people who are tired of wearing masks and avoiding social gatherings.

“I think part of the fatigue comes in our county with the number of mild cases that we’ve had,” Mysliwiec said. “Anyone who gets the county alerts sees the number of cases rising, and they also see very few of those people had been hospitalized or have died, and many of them have recovered at home already pretty quickly. And as a physician, I want to explain just very briefly, it’s not OK for people to say that this is going to peter out.

“It’s not OK to assume that COVID isn’t a serious threat just because people in Clatsop County have recovered at home and not many of them have had severe illness. Most of our cases are mild, yes, but this still translates to more time in quarantine, more time out of work.

“Also, people who have mild COVID are ending up months later still having symptoms. People who have lost their sense of smell six months ago still cannot taste their food. Studies are showing persistent organ damage in patients, even patients who didn’t have severe COVID. The best example of this is with heart disease. So we don’t know how years from now, just having had a mild case of COVID will play out in causing long-term heart damage or damage to other organs.”

Students described their experiences with isolation and distance learning.

Xochitl Perez, a senior at Astoria High School, said it is difficult having to sit in front of her computer from morning until night for class and homework while managing scholarship and college applications. She said she has seen the pandemic take a toll on the mental health of many of her friends.

“A lot of them just looked forward to going to school, being able to get out of their homes, being able to see teachers, other students, and just being ... able to be around other people,” Perez said.

“Most of us are missing out on our senior years. Senior year was something that I looked forward to since my freshman year, and now I don’t even get to do half of the activities I got to see my sister do when she was a senior.

“And it’s just crazy to think that I don’t get that chance to have a regular graduation.”

Perez said she wished “we could just go back to school, but for that to be possible, we really need the community to step it up and start wearing their masks and maintain social distance.”

Samuel Irwin, a senior at Warrenton High School who won a state championship in wrestling last year, said not being able to practice with a team or go to class has disrupted his academic and athletic life.

He said it has also been difficult to watch his friends struggle. He said a teammate who broke his hand at the state tournament last year may not have a second chance at competing.

“This is his last year if he wants any chance of competing at the college level to show coaches that he has what it takes to go far,” Irwin said. “And as his best friend, it hurts me. I’ve gotten a chance to do that. It hurts me to see his opportunity to do what he wants for the next two to four years of his life are going to be taken away because of COVID.

“I just want to see him be happy. And it’s tough to do that when he can’t do what he truly loves to do.”

Government restrictions to contain the virus have created economic havoc. Political and business leaders have urged Gov. Kate Brown to reduce restrictions in counties classified as extreme risk so indoor activity at restaurants, bars and gyms can continue.

David Reid, the executive director of the Astoria-Warrenton Area Chamber of Commerce, described the effects the pandemic has had on the local economy.

“Whether it’s layoffs at companies that can’t hire those people back until the current restrictions are lifted, whether it’s lower revenues, whether it’s inability to contribute to the tax base that provides the other services that we’ve got — all of those things are affecting us,” Reid said. “We have businesses that have failed already as a result of what’s going on. We have businesses that are on the verge of that. And those things are going to have an impact for a long time for us.

“And that’s why we’re continuing to be diligent about following those public health care guidelines, about wearing masks when we’re around other people, about washing regularly, about avoiding those social gatherings and unnecessary gatherings of any kind,” the mayor said. “And just continuing to be diligent for several more months until enough people have been vaccinated and the virus hopefully starts to taper away.”