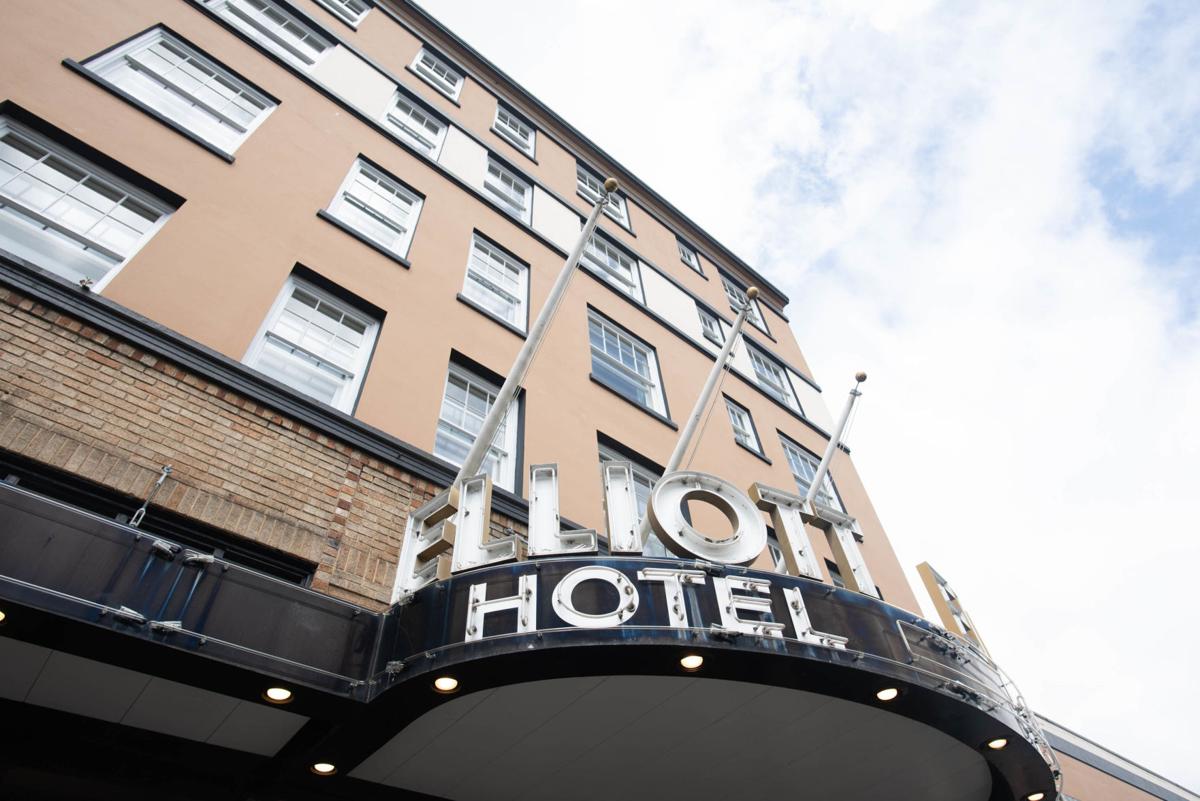 Clatsop County could soon lift restrictions on lodging over the coronavirus. 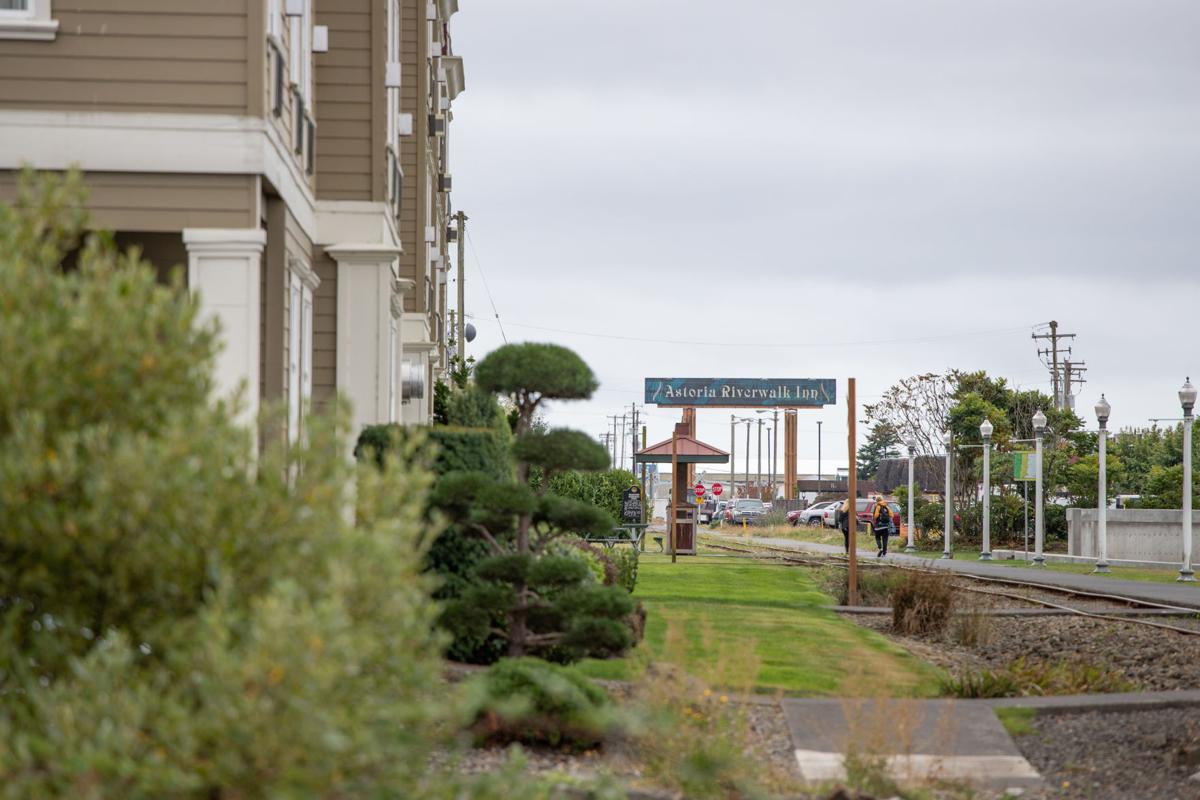 Astoria and other cities restricted visitors to hotels because of the coronavirus.

Short-term lodging will resume at partial capacity across the North Coast starting June 5 under a plan released Friday by local leaders.

Clatsop County, Astoria and Warrenton have restricted lodging since March to discourage an influx of visitors from potentially spreading the coronavirus and overwhelming local hospitals. Gearhart, which never declared an emergency over the pandemic, falls under the county’s orders.

The state allowed the county to enter the first phase of reopening on May 15, including gatherings of up to 25 people. The decision also allowed businesses such as restaurants, bars, gyms, child care and salons to reopen with limited capacity and heightened sanitation and safety requirements.

County Manager Don Bohn said the plan to reopen lodging was timed to coincide with the expected lifting of restrictions on nonessential travel by the state as most counties likely enter a second phase of reopening June 5.

The plan will allow hotels, campgrounds and vacation rentals to operate at 60% capacity during a second phase from June 5 to June 25. Lodgings would then be able to open fully if the county enters a third phase.

“We know daytrips will increase after the travel ban expires and Fort Stevens opens,” Balensifer said in a text message. “As a result lodging then would assist in management of visitors, rather than the current situation where opening lodging would entice people who would then likely push the limits on closed areas, as has been seen in some more remote areas that opened where vandalism, damage and human waste issues have occurred.”

The plan comes after Cannon Beach and Seaside approved fully reopening lodging on Tuesday, after the Memorial Day weekend.

Bohn said the county spoke to all five cities about reopening, but that the conditions in South County led the two cities to go in another direction. The economies of Seaside and Cannon Beach are more dependent on lodging than other parts of the county.

Astoria Mayor Bruce Jones said he, Balensifer, Bohn and Gearhart Mayor Matt Brown felt it was more prudent to wait until a second phase of reopening before attracting more visitors.

The phased reopening of the county depends on benchmarks like testing, contact tracing, hospital capacity and equipment supply to treat a surge of virus patients.

The county experienced a spike in coronavirus cases this month after outbreaks at Bornstein Seafoods in Astoria and Pacific Seafood in Warrenton. State health regulators still accepted the county’s plan to partially reopen, feeling the outbreaks were contained.

“We have had more cases, but we haven’t had hospitalizations,” Bohn said.

The county and state will continue watching the health metrics that drive reopening, Bohn said. Jones feels the county and cities, including Seaside and Cannon Beach, will work together if the health situation worsens.

“This one issue of hotel reopening dates is the only issue where we have differed within the county,” Jones said. “Other than that, we’ve been in alignment on everything, and we still have great professional relations between all the cities and the county.

“I would think if the county’s (coronavirus) situation takes a turn for the worst with a rash of hospitalizations, then I think you’ll see the cities talking to each other in an effort to come up with a reunified response.”

Seaside and Cannon Beach have also opened beaches to visitors. The county, meanwhile, has closed beach access to vehicles on its two approaches at Sunset and Del Rey beaches during weekends through at least the second phase of reopening.

The county is taking comments on the draft plan — available at co.clatsop.or.us — via email at commissioners@co.clatsop.or.us. Public comment will also be taken at a special May 29 electronic meeting of the Board of Commissioners.

Bunch of dictators destroying the economy and peoples livelihoods over the flu. So hilarious to see all the sheep running around with masks on! 4 Million people in Oregon, 3,500 supposed cases of coronavirus, 140 supposed deaths. And you lockdown 3,996,500 other people and destroy the states economy! Makes sense(sarcasm). This will never happen again!! We have amendments in the Constitution that will make sure of that.

Hey Jimmy Griffin,make sure you tell those Portlanders to go home when they come knocking at your door wanting beer and food. lol

Put a cork in it, William. People recover from being broke all the time but Ive never seen anyone recover from being dead. You whiny self centered snowflakes are something else. Your country asked you to do something, make a sacrifice which isnt much of a sacrifice at all, and all you can do is snivel, whine and pull out the constitution which has nothing to do with the currrent crisis.

ty miller sands..totally agree....always one in the bunch showing the ignorance..

So why are you WHINING over a few flu deaths(in which the numbers are way over inflated). So Miller Sands, if you want to hide in your home trembling in FEAR under the covers, that's your right (that's where the constitution comes in). But don't expect that I have to join you. Life is too short to live in FEAR!!