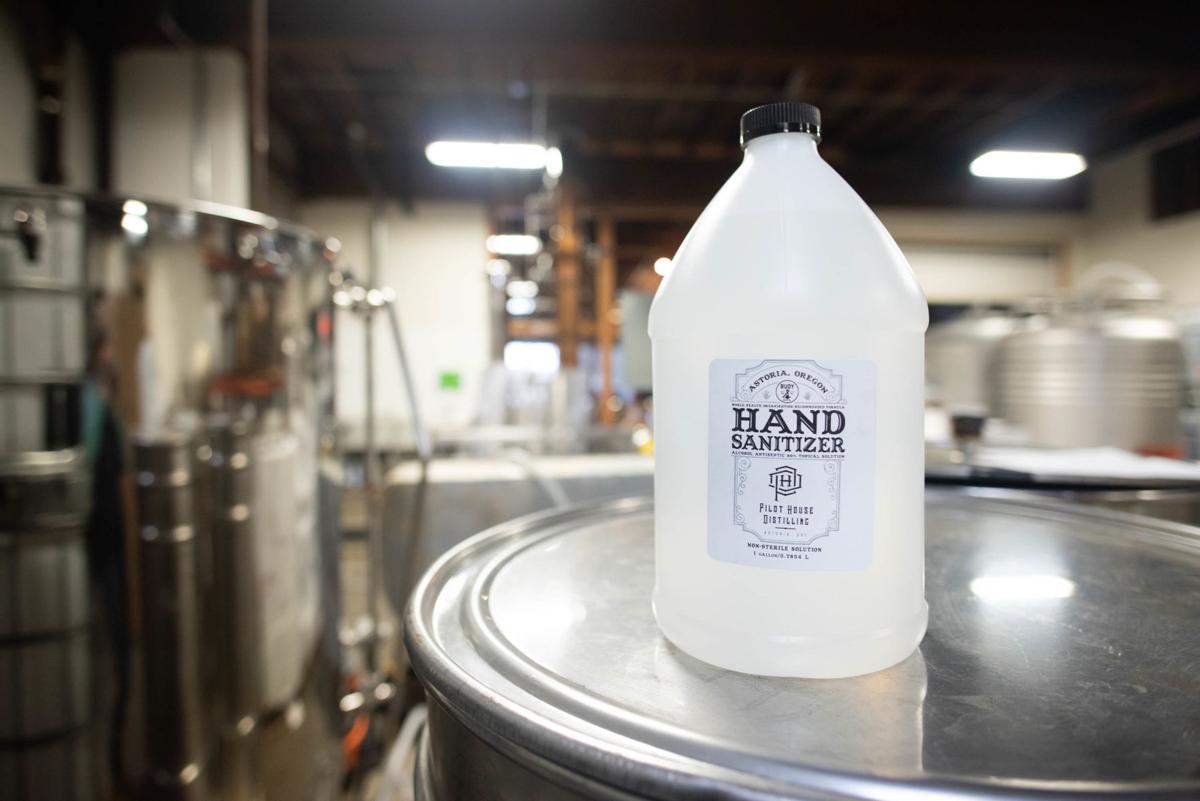 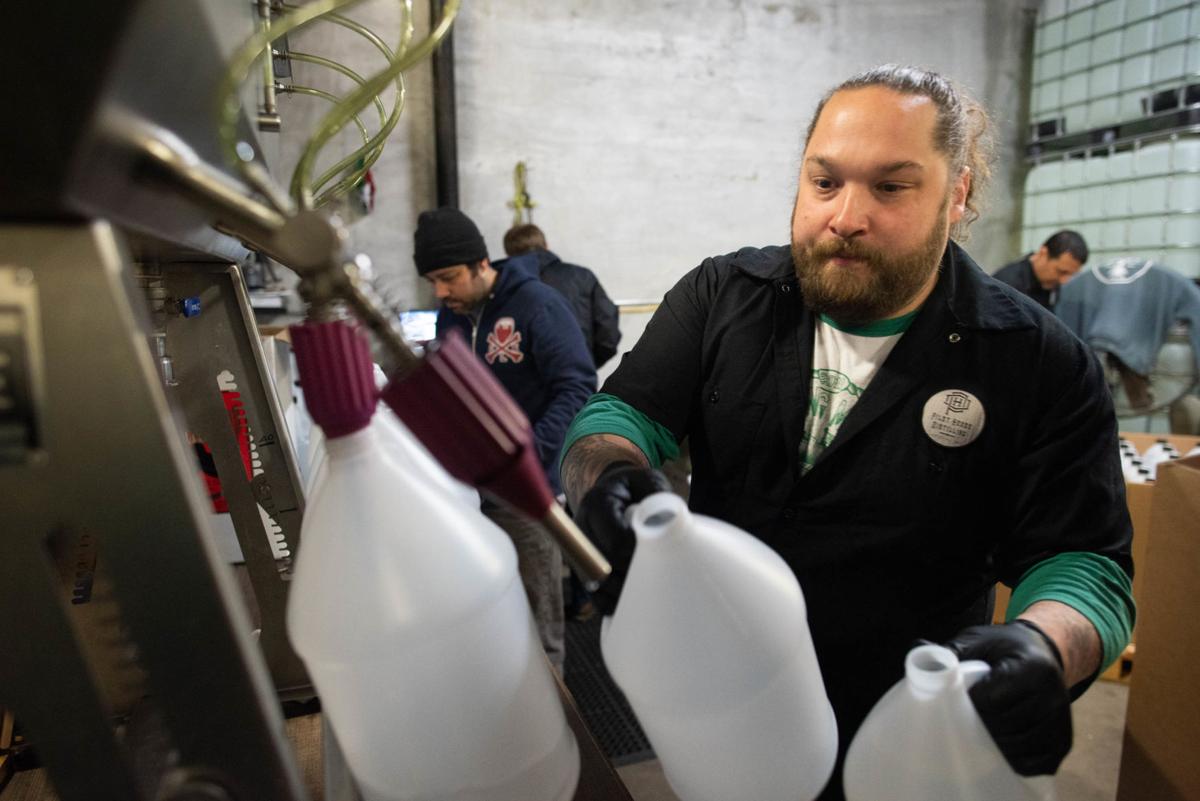 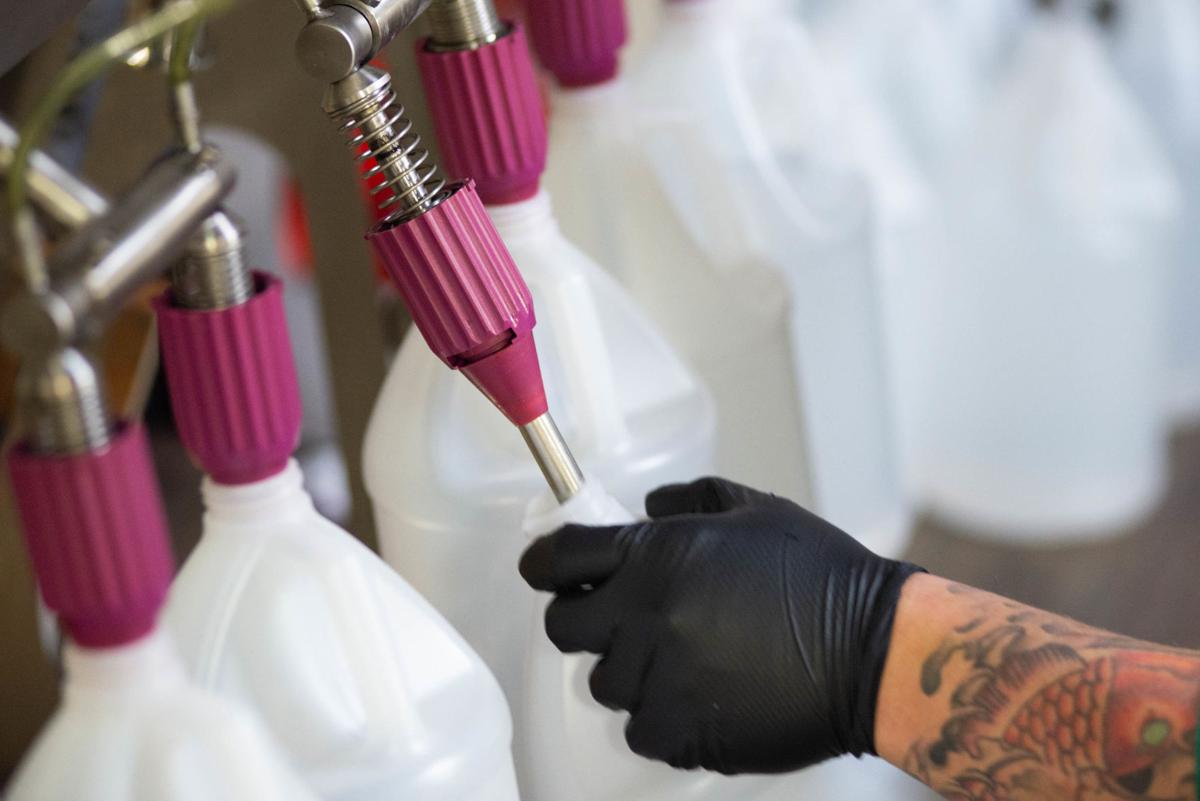 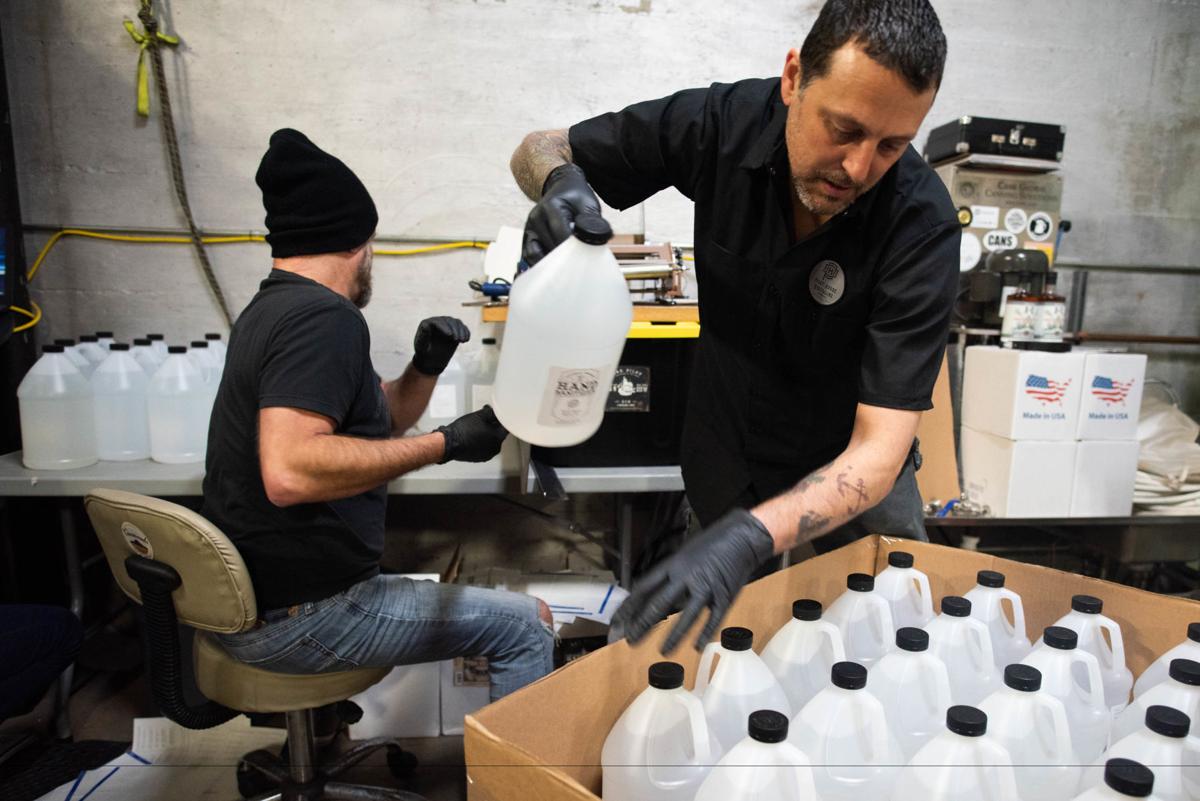 Mike Cox, left, labels the bottles of hand sanitizer while Larry Cary loads them into boxes for distribution.

The Astoria distillery joined a growing number across the nation supplying hand sanitizer for essential workers and at-risk populations during the coronavirus pandemic, sending out the first shipment of around 300 gallons.

Pilot House, co-owned by some of the leadership team at Buoy Beer Co., had been making sanitizer for Buoy for a couple of weeks, said Larry Cary, a founder and co-owner of the distillery. He has since mostly abandoned making spirits and turned his efforts toward sourcing ingredients for and making sanitizer.

“People were requesting it … it was time to do something,” Cary said.

David Kroening, the general manager of Buoy Beer and co-owner of Pilot House, reached out to Astoria, which in turn put him in touch with Tiffany Brown, Clatsop County’s emergency services manager. The county receives federal reimbursement for emergency expenses relating to the coronavirus, including hand sanitizer.

“We’re just now starting to monitor the burn rate of things,” Brown said. “And that’s a separate, broader issue — not just hand sanitizer. In order to get the federal supplies delivered to the state or to the local government, we need to start providing them with better projections about how much we think we’re going to need.”

The hand sanitizer is not yet available for sale to the public. Pilot House wanted to make sure emergency responders and other critical services were supplied, Kroening said.

Government restrictions on bars and restaurants have hurt demand for craft liquor and beer and have led many distilleries toward making hand sanitizer. Federal and state authorities have made it easier to make the switch. The $2 trillion stimulus bill passed by Congress exempted distilleries from paying excise taxes for producing hand sanitizer with denatured alcohol.

The Oregon Distillers Guild is trying to help coordinate getting resources to the right place amid an overtaxed supply chain with everyone searching for the same ingredients. Ethanol has been the most challenging to source, Cary said, leaving Pilot House with the difficult decision of whether to redistill its processed spirits for the sanitizer.

“At this point, if it becomes such a necessity, we’ll just use the spirits,” he said, adding a bit of humor. “Sanitize it from the outside. If not, you can drink the booze and sanitize from the inside.”