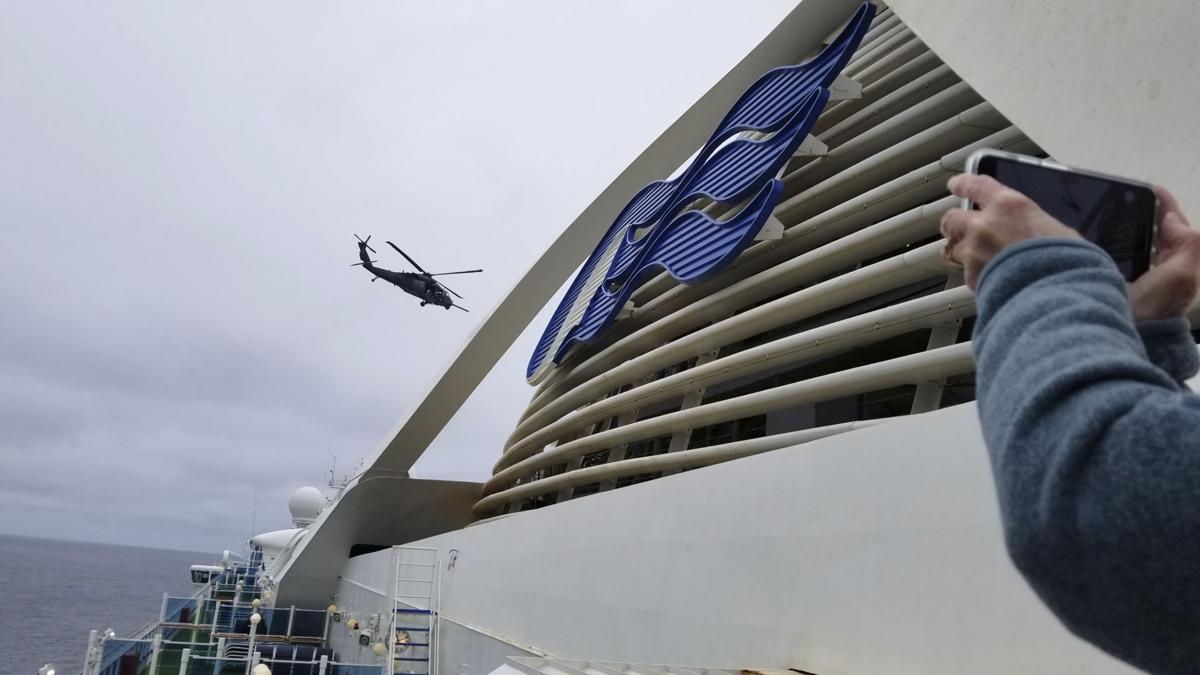 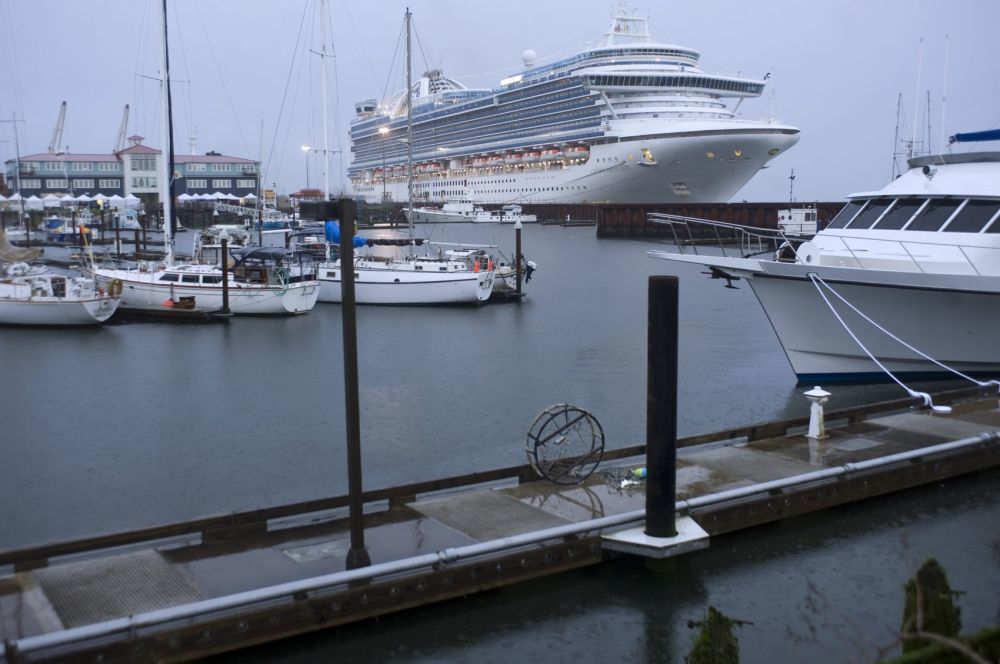 The arrival of the Grand Princess, a Princess Cruises ship scheduled to dock at the Port of Astoria on March 31, is uncertain after the ship was quarantined off the coast of California following the death of a former passenger from the coronavirus. 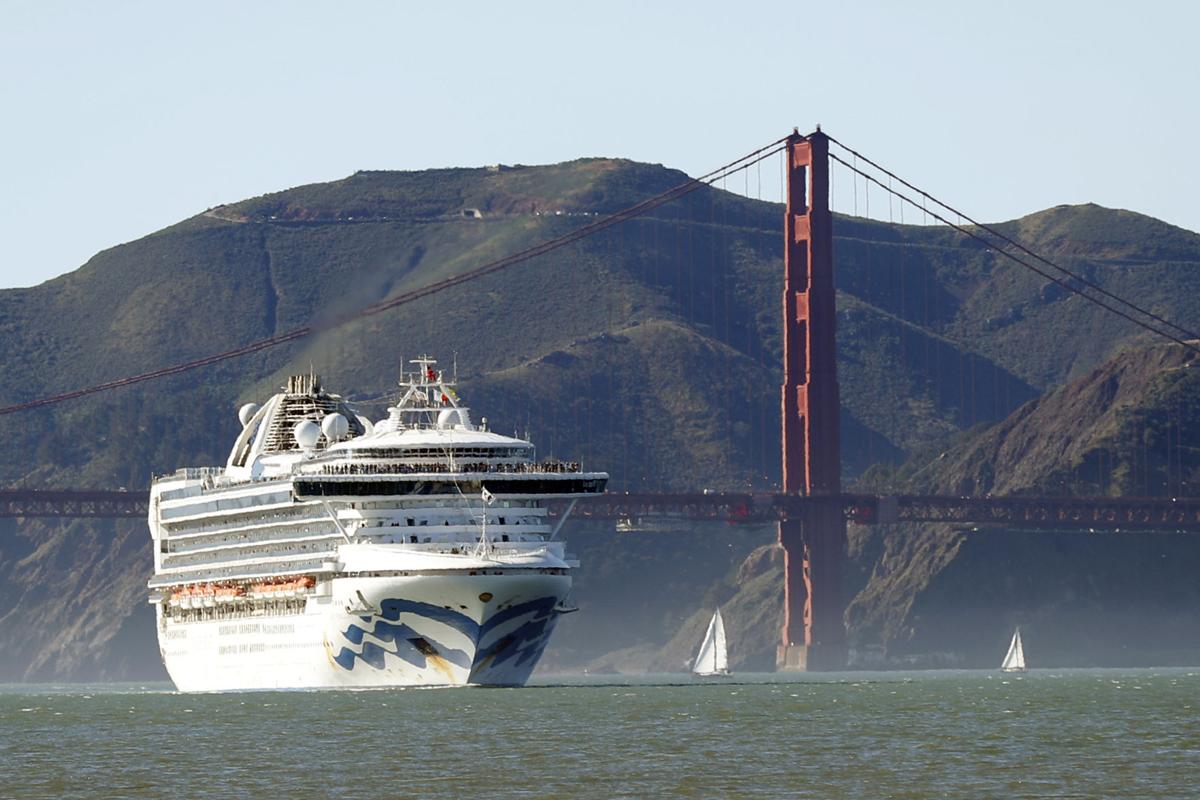 The Grand Princess cruise ship passes the Golden Gate Bridge as it arrives from Hawaii in San Francisco in February.

Astoria’s first scheduled cruise ship of the year, the Grand Princess, has been quarantined off the coast of San Francisco since a former passenger became California’s first confirmed death from COVID-19, a novel coronavirus spreading around the world.

Leaders on the North Coast are preaching patience and deference to the U.S. Coast Guard, but some people have called on officials to delay or halt the arrival of the Grand Princess and possibly other ships.

Around 45 passengers and crew on the Grand Princess were tested with kits delivered via helicopter by the military. Twenty-one people tested positive for the virus, including 19 crew members, Vice President Mike Pence announced Friday.

Bruce Conner, the Port of Astoria’s cruise ship marketer, said there has been no confirmation on whether the Grand Princess will stop in Astoria on March 31.

“It is absolutely, unequivocally the Coast Guard’s call,” he said.

At least 15 people in the U.S. have died from COVID-19, most in Washington state. A 71-year-old man fell ill with the virus after taking a cruise from San Francisco to Mexico in February aboard the Grand Princess. His death was announced Wednesday.

Officials are tracking down thousands of passengers who might have come in contact with him during the trip.

The Grand Princess has around 3,500 passengers and crew aboard, with at least 62 passengers from the previous voyage. The ship canceled a stop in Ensenada, Mexico, before heading toward San Francisco.

The Grand Princess is the second Princess Cruises ship to be quarantined at sea after the Diamond Princess was held offshore for weeks near Yokohama, Japan.

Astoria Mayor Bruce Jones, a former commander of the Coast Guard’s Sector Columbia River, has sought to allay concerns as some have called on the city to bar cruise ship passengers from town.

Local, county, state and federal officials have been in contact on how to respond to potential COVID-19 cases, Jones said, and the Coast Guard can order a ship held offshore if there is a report or suspicion of an illness. There are more than 20 days before the Grand Princess could leave port in California headed for Astoria.

“I feel like we have time to be calm and plan diligently,” the mayor said. “We don’t need to make rash decisions immediately. We’ll just continue to monitor the situation as it unfolds with all of our partners.”

But fears of COVID-19 might already be having a local impact.

Hand sanitizers have become a rare commodity, selling out at some stores.

Craig Hoppes, the superintendent of the Astoria School District, sent out a letter to parents echoing common-sense advice from health officials such as proper hand-washing, avoiding contact with sick people and staying home if sick.

“While the coronavirus situation is troubling, it is important to remember that fear, rumors and stigma do not stop the spread of disease and can create difficulties in sharing accurate information,” the superintendent wrote.

Attendance has already dipped at some local social events, such as story time at the Astoria Library. Suzanne Harold, the children’s librarian, said she does not know for sure if fears about the coronavirus are to blame, as attendance can also fluctuate because of sunny weather or the flu.

Concern about the virus has also begun to impact local businesses in other small ways.

Heidi Dlubac, of Good to Go, a soup, salad and sandwich shop in downtown Astoria, was supposed to supply lunch for a National Fish and Wildlife Foundation meeting next week.

But the organization, following guidance to reduce travel where possible because of the virus outbreak, canceled. The meeting will now be held via webinar, said Rob Blumenthal, the communications director for the foundation.

Some locals have voiced frustration on social media about incoming cruise ships. The Astoria City Council faced calls Monday from some people wanting to delay or cancel arrivals unless cruise ship companies could guarantee none of the passengers have COVID-19.

“My great-grandparents lived through three prairie grass fires,” Ted Thomas, a resident, told the City Council, calling for a quarantine of cruise ships. “When you see the smoke on the horizon, you stop everything and plow a circle around your house, and you wet blankets, and you beat embers out that come across that break.”

At least 35 cruise ships carrying around 75,000 passengers are destined for Astoria this year, including the Grand Princess on March 31, May 7 and Oct. 18.

Conner has said some cruise ships are repositioning away from Asia itineraries. Astoria is now in line for two new visits by the Celebrity Millennium, a Celebrity Cruises ship, April 22 and April 27, he said, while other ships are still looking for new ports to visit.

Katie Frankowicz contributed to this report.