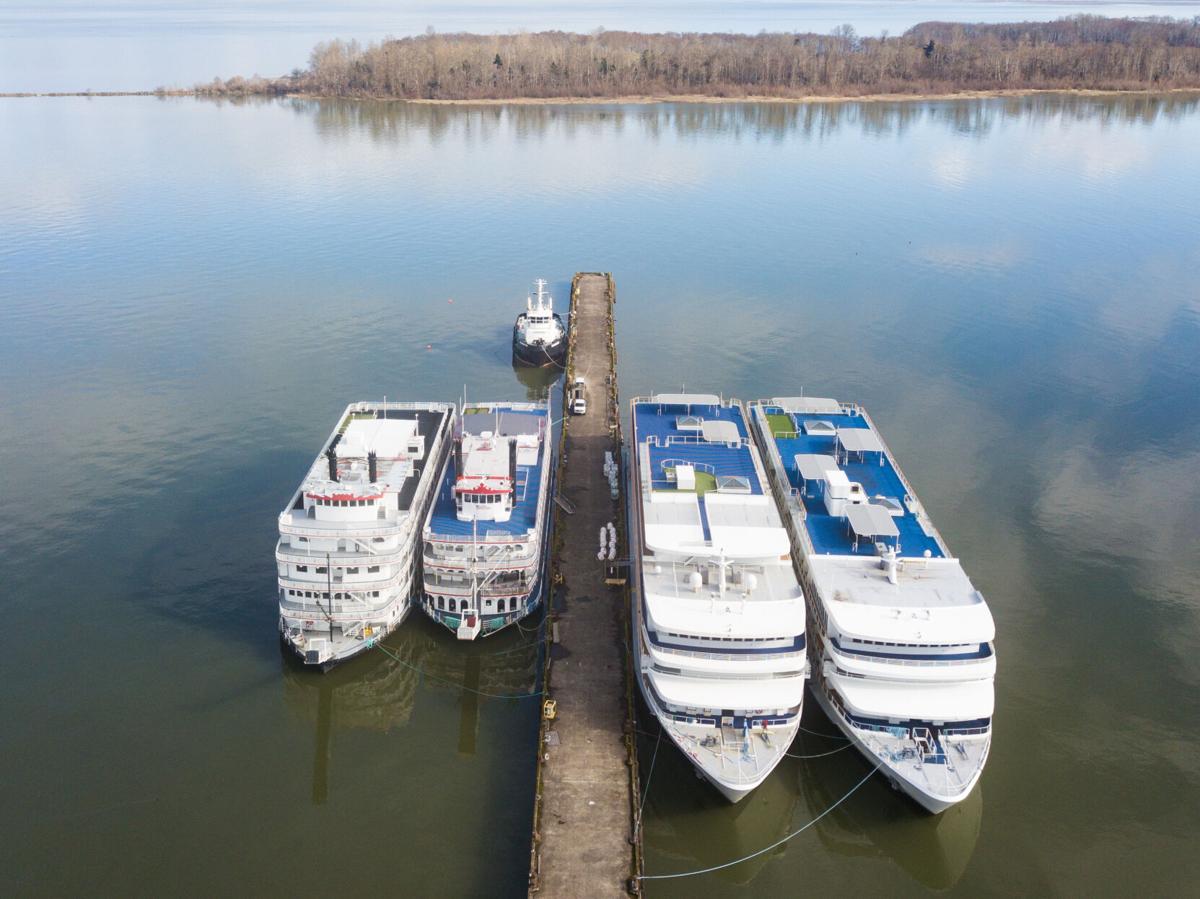 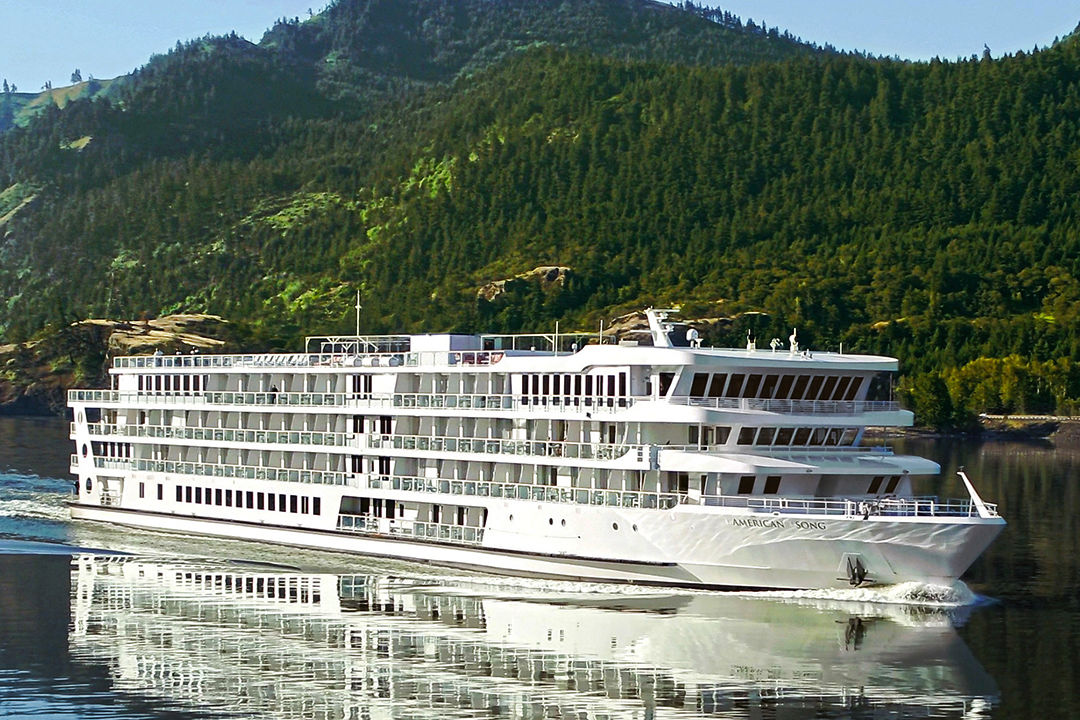 American Cruise Lines’ ship American Song is scheduled to sail to Astoria in early May before heading to the Columbia River Gorge. 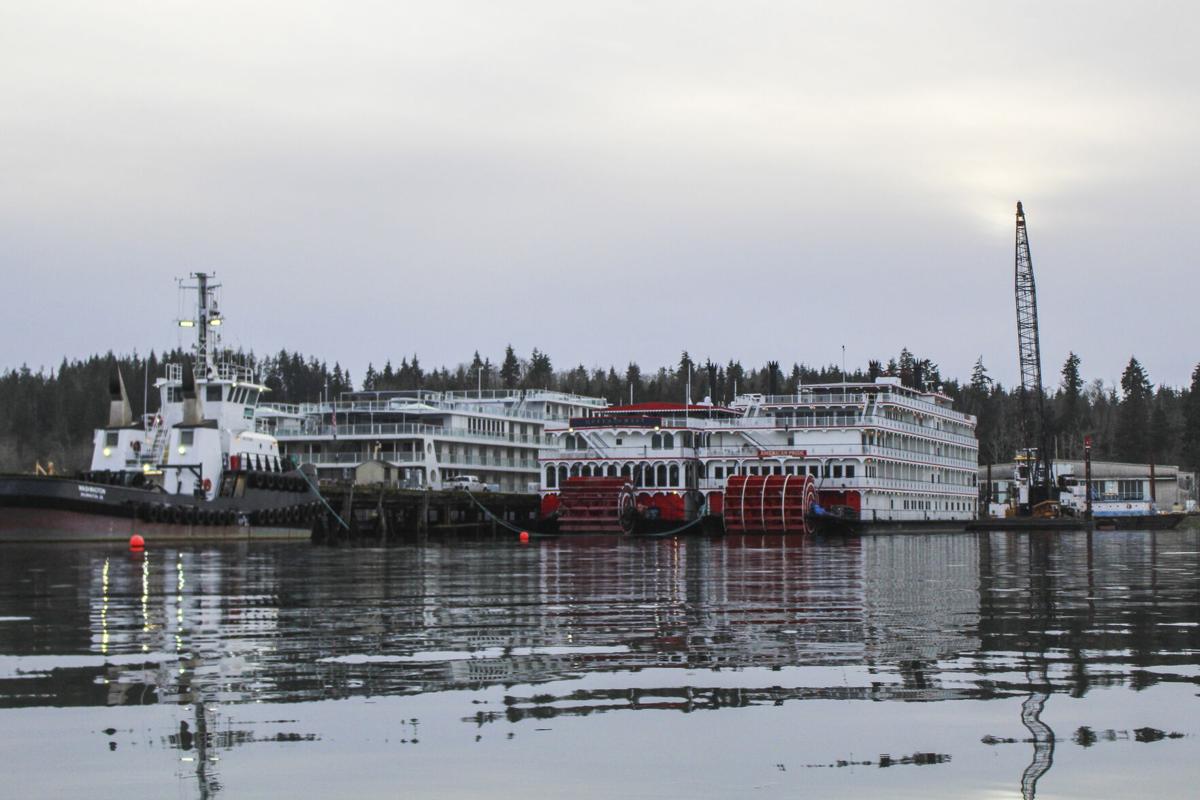 American Cruise Lines homeported all four of its Columbia River cruise ships at North Tongue Point while waiting for the season to start.

American Queen Steamboat Co. and American Cruise Lines have been sailing the Southeastern U.S. for the past month under guidelines approved by the federal Centers for Disease Control and Prevention during the coronavirus pandemic.

While oceangoing cruises are on hold until at least fall, trips on the Columbia and Snake rivers will likely restart in early May after coordination with state officials and ports between Astoria and Lewiston, Idaho.

Clatsop County Manager Don Bohn described the situation as fluid but said local officials have been told the American Song, one of four regional American Cruise Lines ships, will stop at the 17th Street Dock in Astoria the first week of May with fewer than 40 passengers.

“I’ve heard that the first ships will be at about 50% capacity,” Bohn said. “But I also know that if things go well, they might notch that up. But even at the maximum, they were going to be running with about 25% vacancy.”

A spokesperson for American Queen Steamboat said the company hopes to begin cruises on its sternwheeler, the American Empress, later in the spring. A reservation specialist with the company said cruises on the Columbia won’t begin until June and are already fully booked into November.

Overnight river cruises were shut down more than a year ago because of the pandemic. But a conditional sailing order from the CDC has allowed ships to carry up to 250 combined passengers and crew.

American Cruise Lines and American Queen Steamboat launched the 2021 season in mid-March with coastal voyages between South Carolina and Florida and along the Mississippi River between Memphis and New Orleans. The companies instituted enhanced safety measures, such as decreased capacity, mask requirements, testing of passengers and additional medical personnel.

Charles B. Robertson, the CEO of American Cruise Lines, told Travel Weekly that “the popularity of small-ship domestic cruising was stronger than ever before the pandemic, and 2021 demand is already at new record levels.”

American Cruise Lines homeported its regional vessels at the North Tongue Point shipyards on the eastern edge of Astoria, where local shipwrights from WCT Marine & Construction have provided maintenance.

Oregon has allowed river cruises to operate, provided they follow CDC guidelines on the water and county-by-county virus guidelines when docked.

Clatsop County on Friday entered the state’s high-risk designation for the coronavirus lasting at least two weeks, decreasing the capacity and operating hours at bars, restaurants and other venues. But Bohn and Astoria Mayor Bruce Jones said they worry more about the masses of tourists coming by car than smaller, partially empty cruise ships carrying older passengers more likely to be vaccinated and following enhanced health protocols.

“If they do follow all the state guidelines, there’s not really a basis on which to prohibit other operations, especially in the context of the level of tourism that’s already taking place in Astoria,” Jones said. “Most of the hotels on the coast are full or nearly full.”

Health officials expect the cruise companies to follow whatever necessary guidelines based on the county’s risk level, Bohn said. “If we go into an extreme-risk level, we’ll be talking to the governor’s office about what that means,” he said.

Cruises on the Columbia and Snake rivers include stops upriver in Washington state, where Gov. Jay Inslee has banned all cruise ship dockings until at least May 15, after which conditions will be reevaluated.

“We spoke with local health jurisdictions, state public health and found that that was the minimum amount of time needed to work through some of the health and safety concerns that are presented by national and international travelers coming to dock at Washington ports,” said Jon Snyder, a policy adviser with Inslee’s office.

American Cruise Lines often docks at the Port of Skamania in Stevenson, Washington. Pat Albaugh, the port’s executive director, said 130 dockings have been canceled over the past year, costing the agency much of its dockside revenue and preventing some seasonal hires.

“The bigger impact was more on the community, because the passengers and the crew, particularly, go and visit our local stores,” Albaugh said. “So none of that happened.”

Instead of Stevenson, the American Song is expected to dock in early May at the Port of Cascade Locks. Olga Kaganova, the general manager of the port, said the community welcomes the additional tourism revenue. But she doesn’t see the logic of allowing cruise ships on one side of the narrow Columbia channel but not less than 2 miles away in Stevenson.

“These cruise lines, we want them to be able to come out here and have a more consistent experience on both sides of the river,” she said. “It’s somewhat arbitrary between our community and Stevenson, to draw that line in the middle of the river.”

Keefer said local officials have tried to relay to the states how much safer the river cruises are than tourists coming in by car.

“I’m personally confident that those managing the cruise lines have done it thoughtfully with a great deal of intention to the safety of their passengers,” she said. “And they’ve been consultative with the communities along the way. The cruising has reopened on the Mississippi River. We’re not hearing anything about it, because it’s successful. So I expect that we will have a good season.”

While river cruises slowly start up, the Port of Astoria has canceled all oceangoing cruise ship dockings until the MS Regatta scheduled to come in Sept. 11. The ship had been in berth in Astoria since October, but left in late March for work in Mexico.

The Port has canceled 19 of 28 scheduled ocean cruise ship dockings this year. Will Isom, the Port’s executive director, said recently that he expects other short-term berthing opportunities in the next month or so.

“If we do not have regular cruise ship traffic in here this fall, I think it’s a good possibility we could have another longer-term berthing in Astoria later this year,” Isom said. “So (it was) a bit disappointing to see that vessel leave, because it was good revenue coming in each month. But I think there are going to be opportunities on the horizon.”