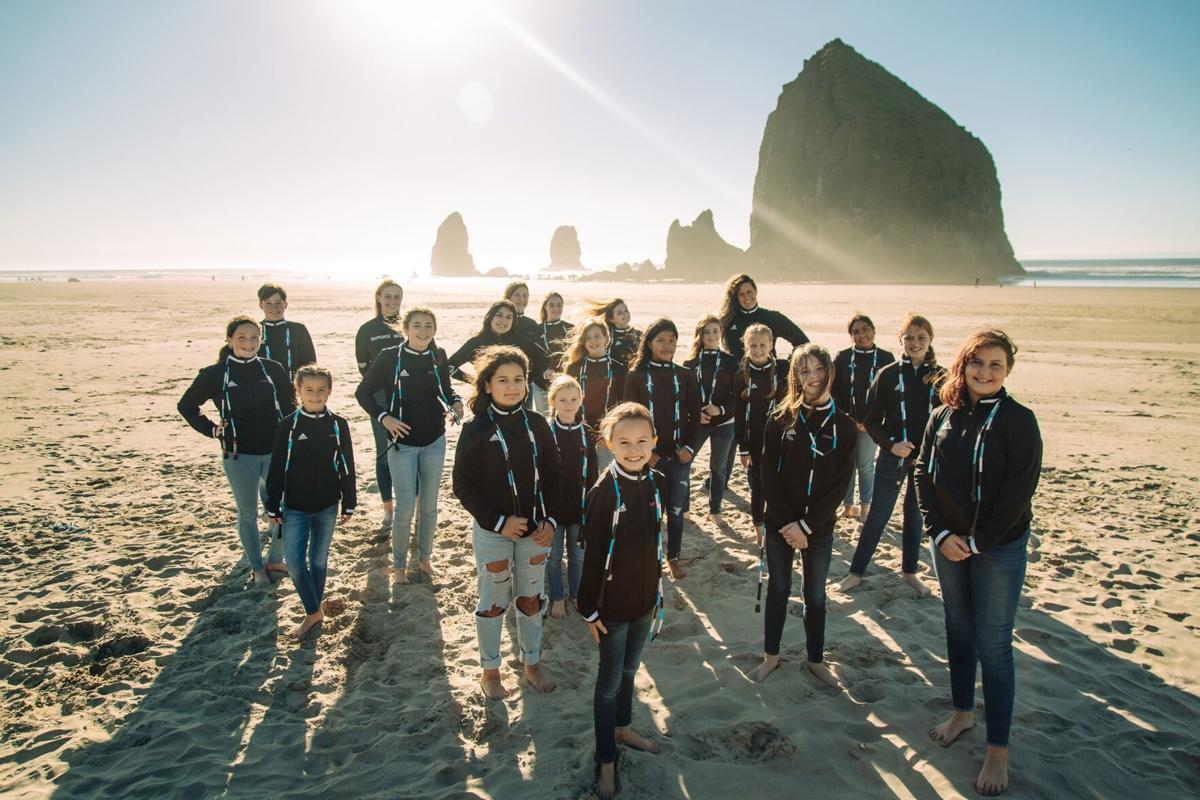 The Tsunami Skippers gather for a team photo in Cannon Beach. 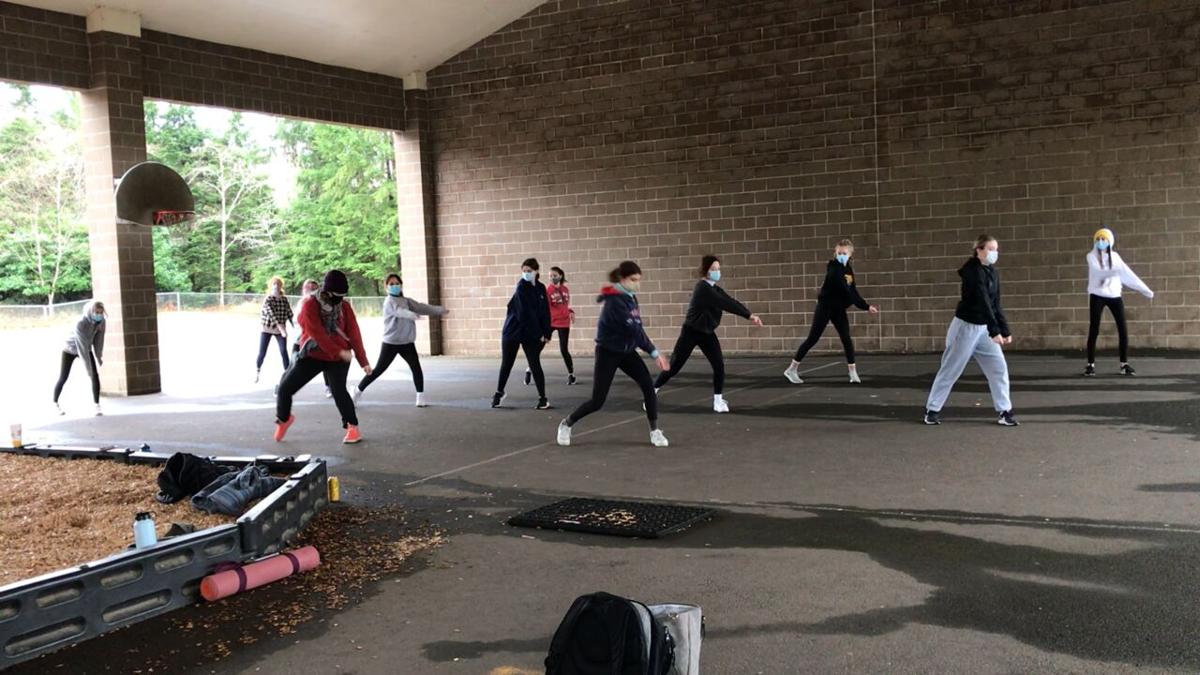 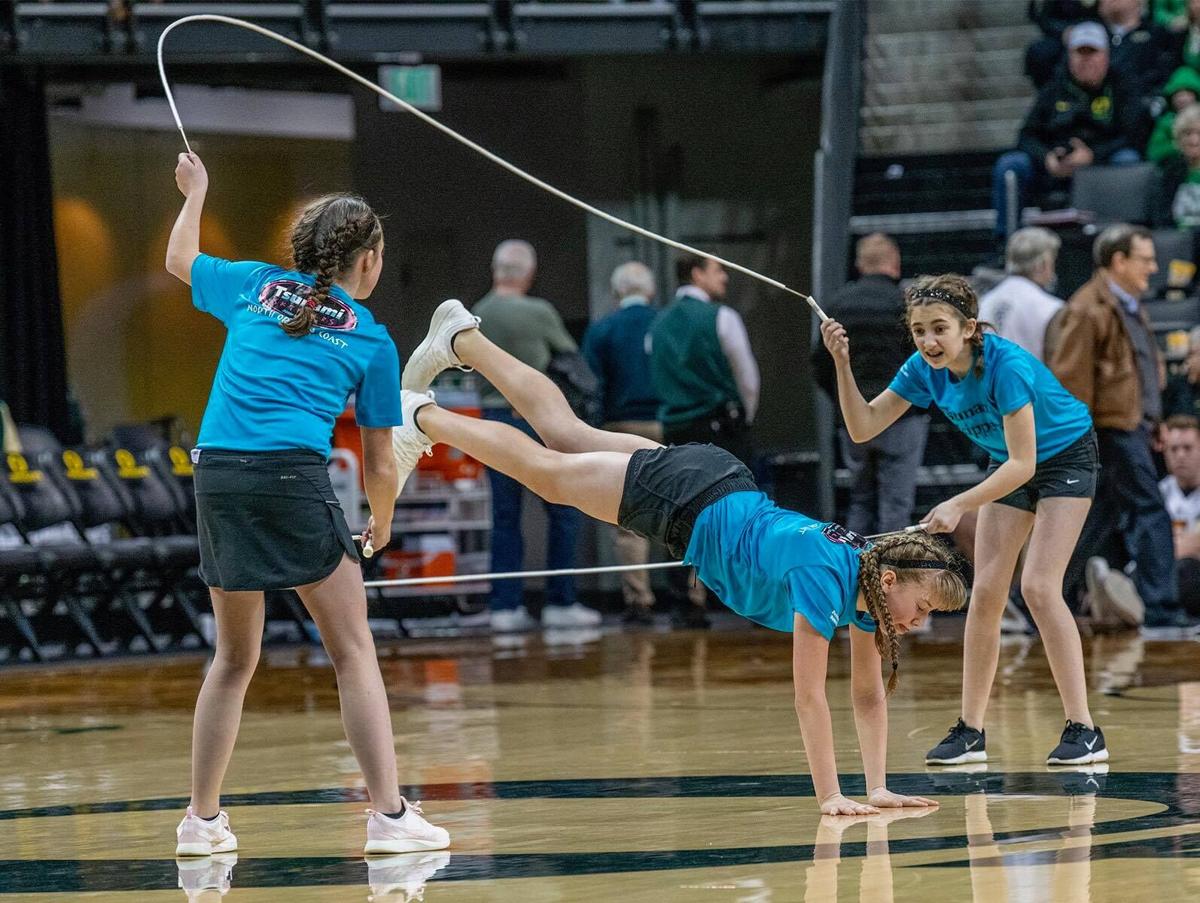 The Tsunami Skippers putting on their halftime performance at a 2019 event.

The Warrenton High School band, competing at the 2019 state competition.

It’s getting to be a long shot, but for now, the Oregon School Activities Association still has a plan for a return to sports in March.

The guidelines are “no longer tied to a school’s instructional model.” Instead, “guidance for K-12 sports are now based on a county’s COVID-19 risk level (lower, moderate, high, extreme).”

And that’s potentially some bad news for Clatsop County, which is on the list of counties considered at extreme risk, the highest risk level.

For athletes, places now restricted include gyms, pools and indoor personal training. Most sports take place in all of the above.

But what about some of the other extracurricular activities? Those who support the sports? That would include school bands, dance teams, cheerleaders and halftime performers.

Most are OSAA activities, and fall under the competition guidelines.

Her teams are facing the same challenges as other sports. And even if the OSAA resumes events in March, Madsen’s cheerleaders and dancers may not be able to perform at games, depending on how many people are allowed at indoor events besides the athletes.

The status of Astoria’s cheerleading team is unknown, but the school’s dance team still held tryouts and will have a 2021 team.

“We were able to hold tryouts at the end of October, while wearing masks and practicing 6-foot social distancing outdoors at CMH field,” Madsen said. “We currently have 13 dancers on the team.

“As of this week (Jan. 10 to Jan 16) we are holding outdoor practices twice a week,” she said, while maintaining social distancing and wearing masks. Dancers are not allowed to attend if they are sick or have been around anyone who has COVID symptoms or tested positive.”

But the dancers are charging ahead, working on performance routines.

“We are working to put together a routine, choreographed by my assistant coach Caroline Wright, that we can compete with in March,” Madsen said. “Many of the things we are usually working on like stunts and partner tricks, are not allowed at the moment.

“We are keeping our 6-foot distance in all formations and transitions,” she said, while district and state competitions are still up in the air. “We do not know whether the competition will be virtual or if we will have judges in person yet. Our culminating event date has been pushed into May.”

“We are looking forward to making the most out of the situation we’re in. The bar is low, but so far we are enjoying being together as a team and working toward a goal of competing.”

One of the more popular halftime shows on the North Coast is the one provided by the Tsunami Skippers, Seaside’s team of young jump ropers, ages 8 to 17.

Coach Stacey Dundas has her team in place, and the rope jumpers are ready to jump rope. They’re just waiting for places to perform.

“We have been following the state guidelines and practice in person when we are allowed,” Dundas said. Right now, that’s in Gearhart at a donated indoor space.

The cold temperatures make outdoor practices difficult, “and the surface for us is a problem. The asphalt and cement tear up our ropes.”

She adds, “We are still hopeful to hold our Oregon Coast Classic late spring if we are allowed, and there is talk of a possible in-person nationals.”

Until then, “no shows to speak of, since there is no school, no sporting events, etc. Another bummer year for us so far.”

School pep bands are a bit unique. It’s an OSAA activity, not a contact sport, but sporting events are where a pep band usually plays.

Teaching students music in the coronavirus era has challenges, even at Warrenton, a school which has plenty of students who want to learn music.

In his fifth year as Warrenton band teacher, Michael McClure was back to teaching band students — divided into two classes — in person earlier this month.

Some are still learning online through a program called SmartMusic, “where they play and can record it, and see what they’re doing right or wrong, and I can review it as well.”

Band is an OSAA activity, and “there’s still a possibility of us having a season,” he said. “But I know some of the events that we use to qualify for state have already been canceled.

“I’m not sure what’s going to happen,” he said. “This year is probably going to be a wash, and I don’t think competitions will happen. Hopefully we’ll have something at some point.”

In a normal year, the Warrenton band averages 50 students.

“They’re missing playing together,” McClure said. “It’s like a second family to them. They’re getting through it. Once we start up it will be nice to see them here, goofing off together again.”

McClure also teaches choir at Warrenton Grade School and high school, but choir has been canceled for this school year.

“They took away all my grade school bands also, so they have me teaching a K-3 general music class,” he said. “They want to keep the band going, but I’m sad to see choir go — they had been doing really well.”