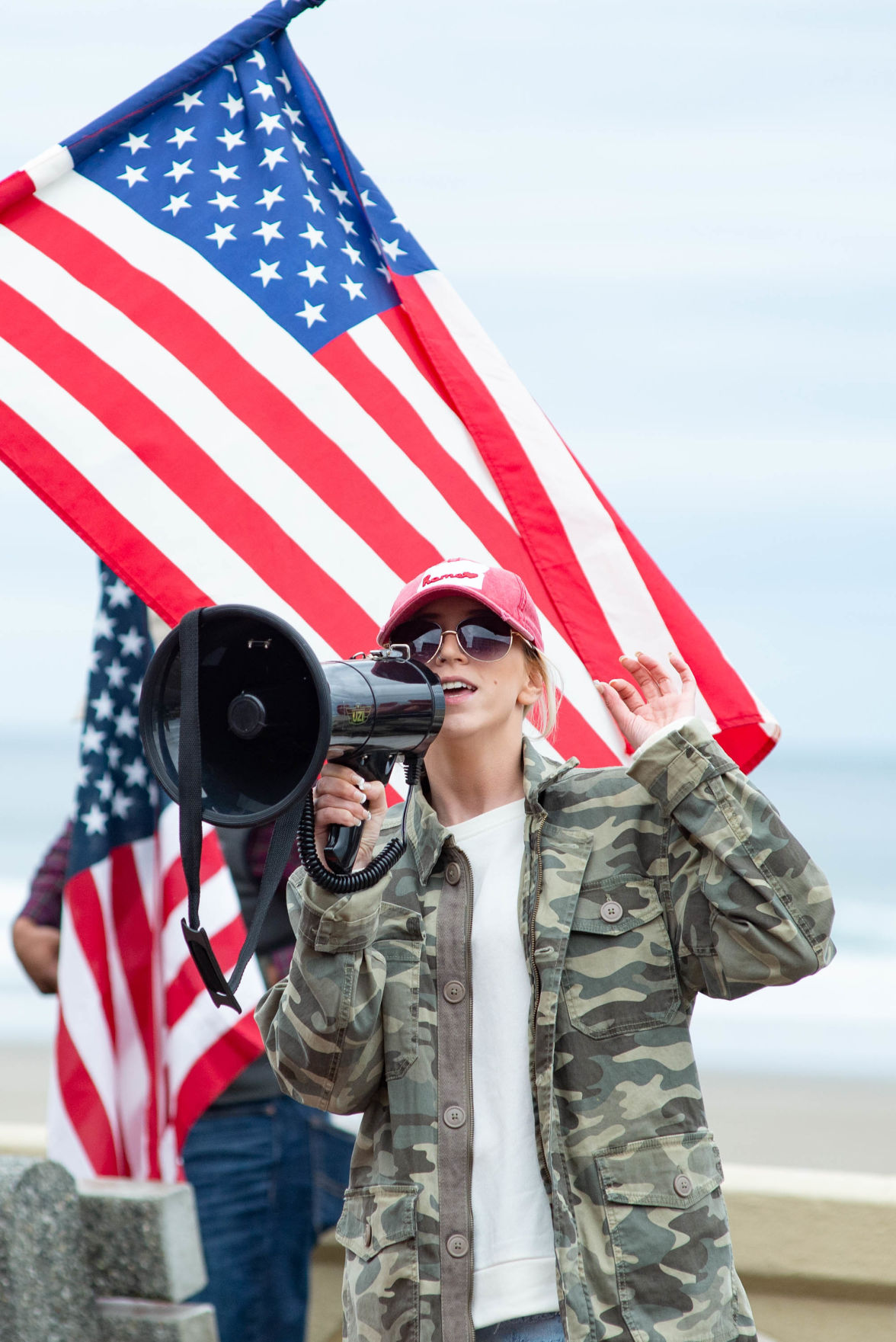 Haley Adams, an organizer of the demonstration, speaks to the crowd. 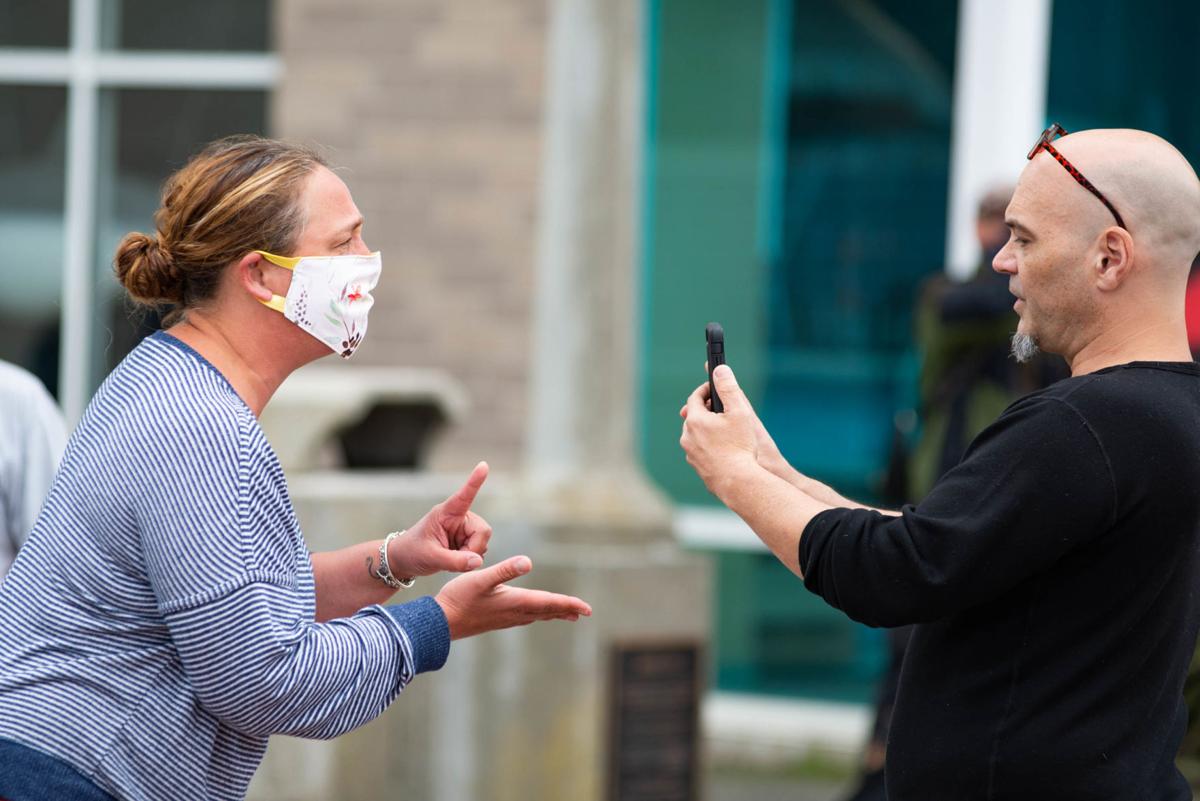 A woman exchanges words with Miles Rudduck, one of the organizers. 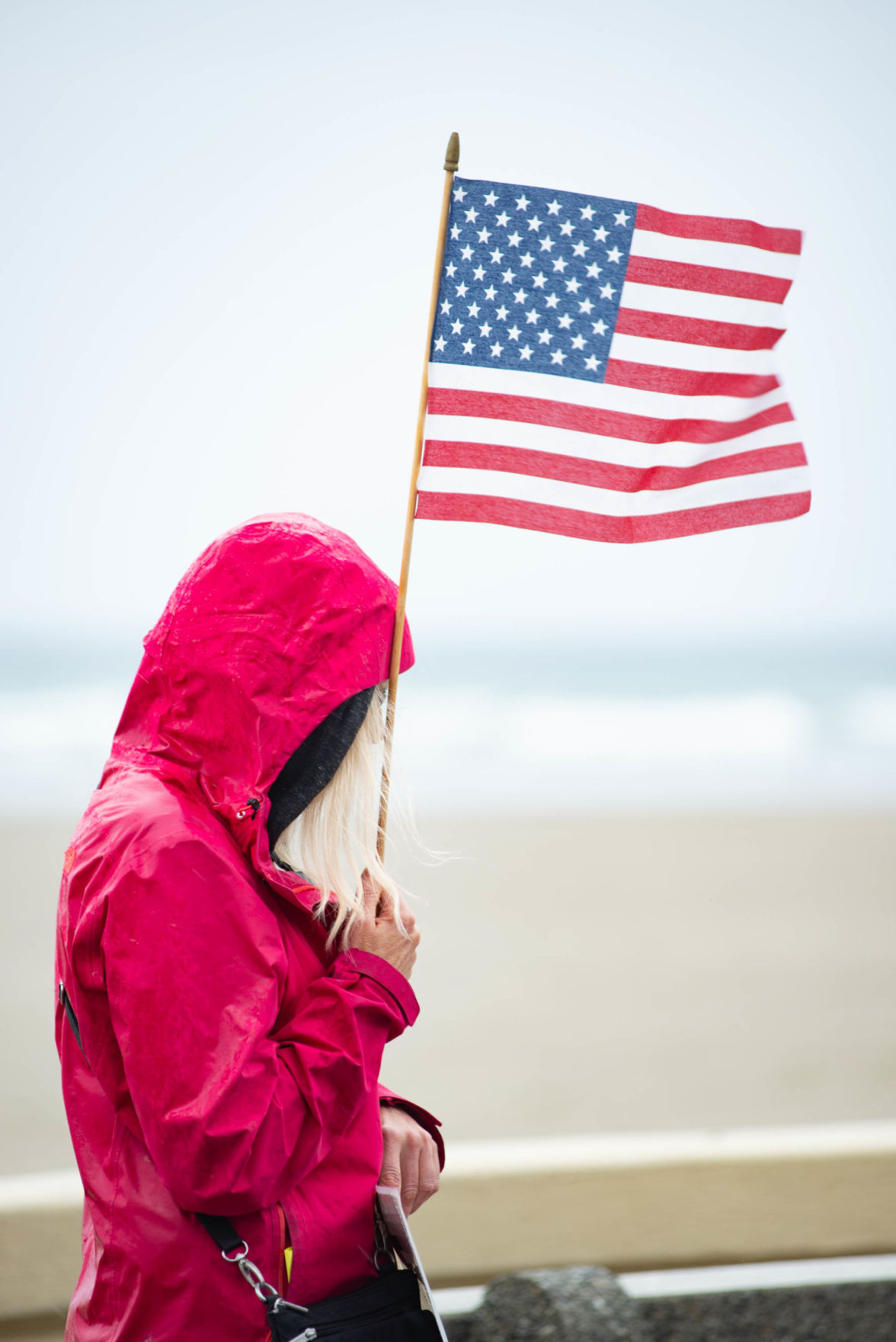 A demonstrator bows her head during the closing prayer of ‘Reopen the Coast’ in Seaside on Saturday afternoon.

SEASIDE — Waving American flags and signs like “Liberty Not Lockdown,” more than two dozen people gathered Saturday afternoon at the Prom to criticize government restrictions over the coronavirus.

“I would rather die a patriot than a coward. That’s why I’m here today,” Haley Adams, one of the organizers, told the sparse crowd.

Adams’ ties to right-wing groups like the Proud Boys and Patriot Prayer, which have been involved in violent clashes in Portland, drew concern from city leaders and law enforcement before the demonstration.

The city closed Broadway from Columbia Street to the Turnaround to vehicle and bicycle traffic and police closely monitored the “Reopen the Coast” event.

The demonstrators squabbled with onlookers, prayed and expressed their frustration with government. Some tried to convince people the coronavirus was no worse than the flu.

Adams introduced Miles Rudduck, one of the local organizers, by reminding people that he was one of a few people who protested Drag Queen Story Hour at the Astoria Library last year.

“Miles, I respect you from saving my children from that kind of evil,” Adams said.

There were also dozens of people protesting against the demonstrators.

The event was scheduled for three hours. Organizers ended it halfway through after it started raining and the crowd began to dissipate.

David Posalski, the owner of Tsunami Sandwich Co., was open for business during the demonstration. He was among several business owners who have been urging for the economy to reopen, but he called the event disruptive.

“I think it’s misguided,” he said. “I think it’s more about their desire for attention than it is about anything that they say that they’re trying to accomplish.”

How many people is "sparse"? 10 50 100? Does the organizer live in Astoria? Does actually have children and bring them to story time at the library? She worried about how the reader there dresses, but from photos over seen she has more to worry about from the Proud Boys. They seem like very poor role models to me for children.