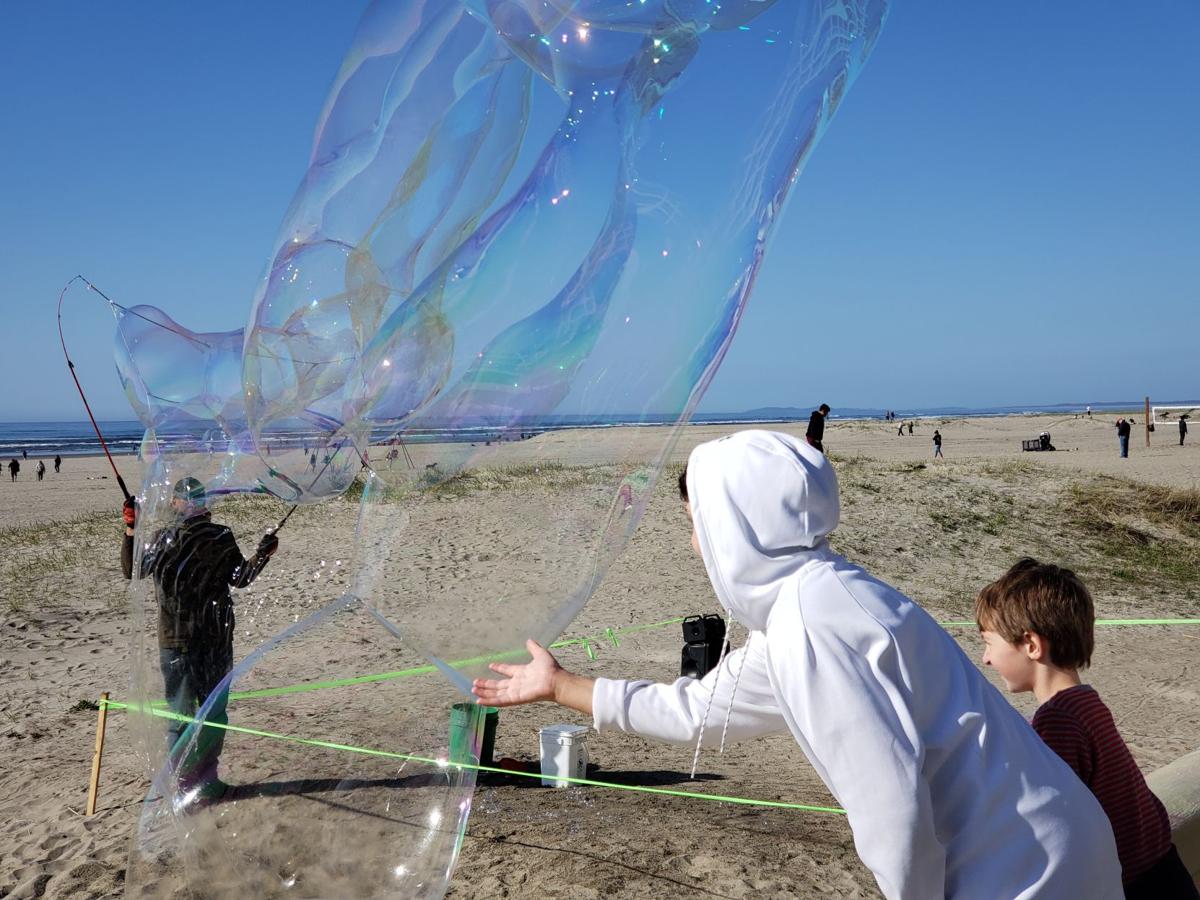 Children play with bubbles on the Promenade in Seaside. 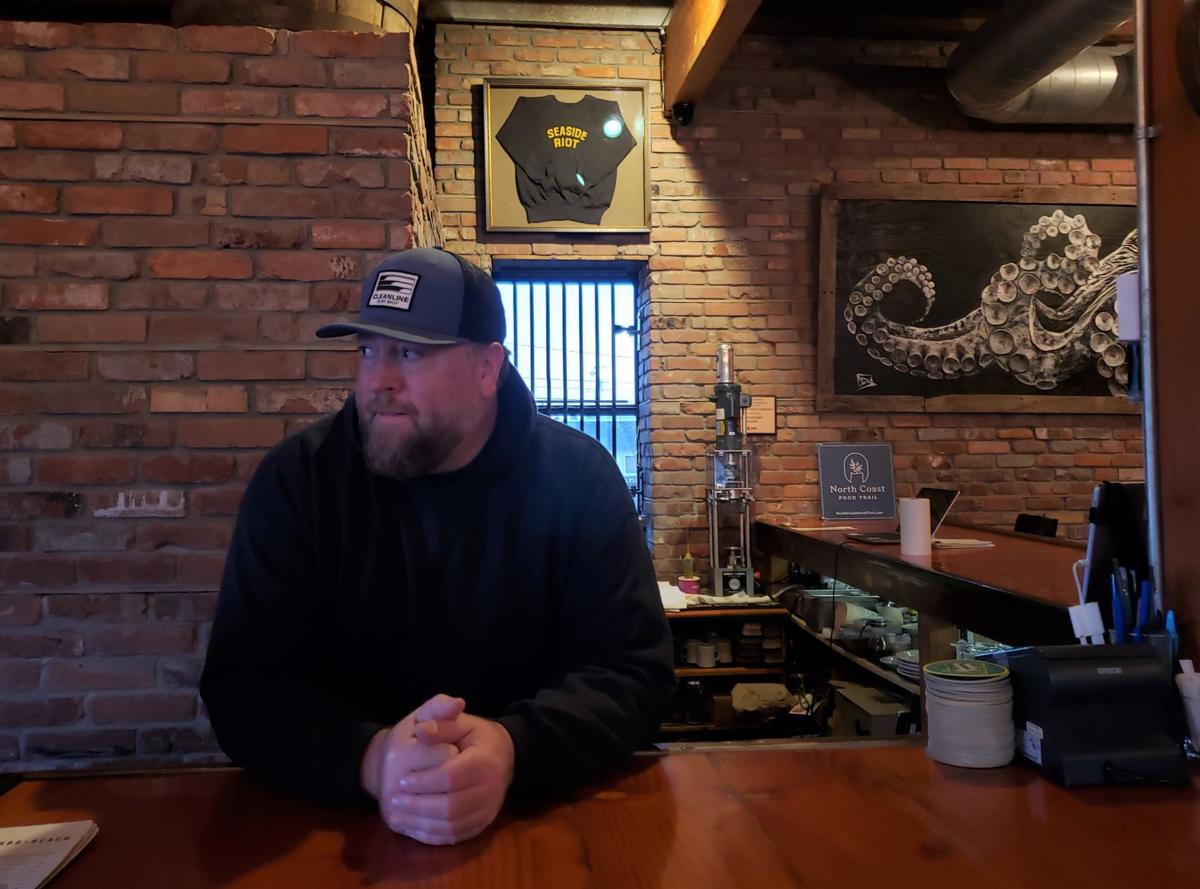 Jimmy Griffin is the owner of Seaside Brewing Co. 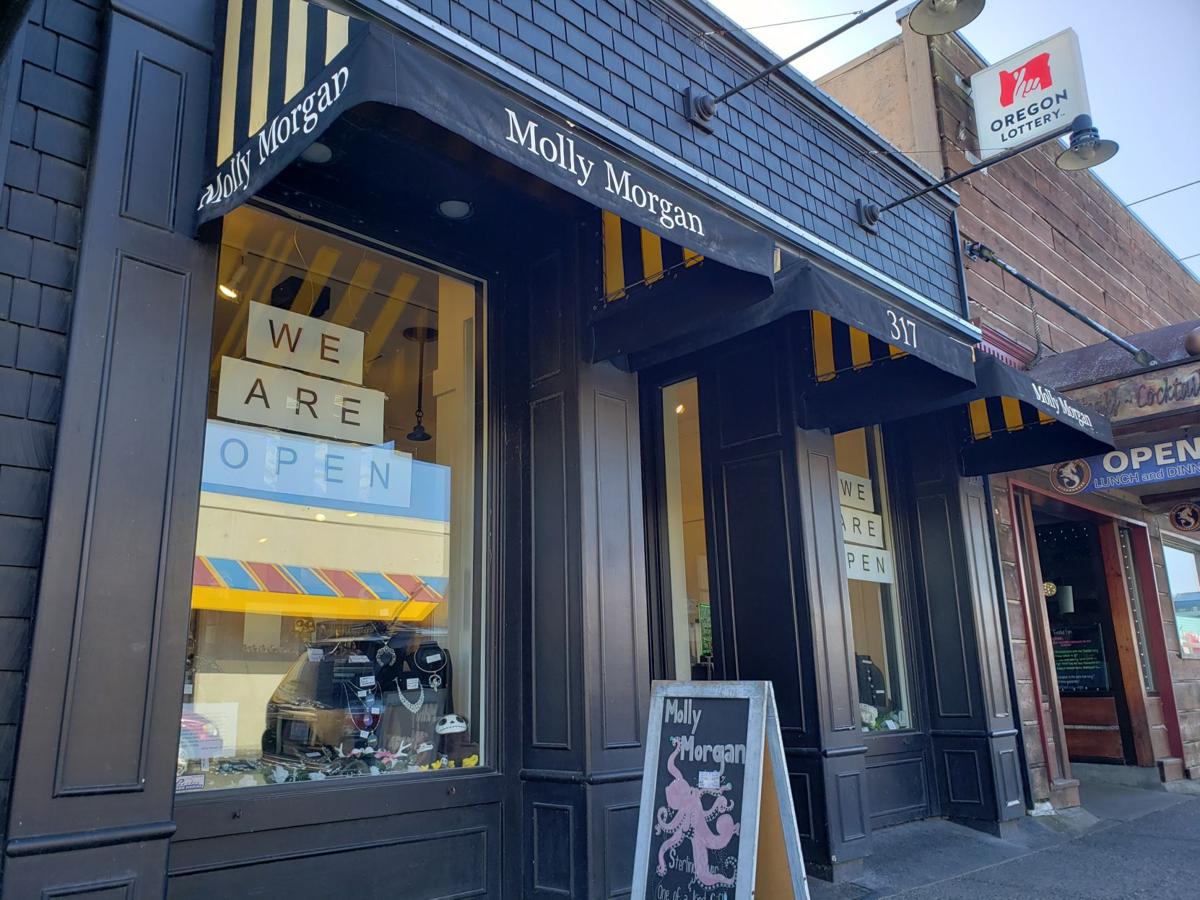 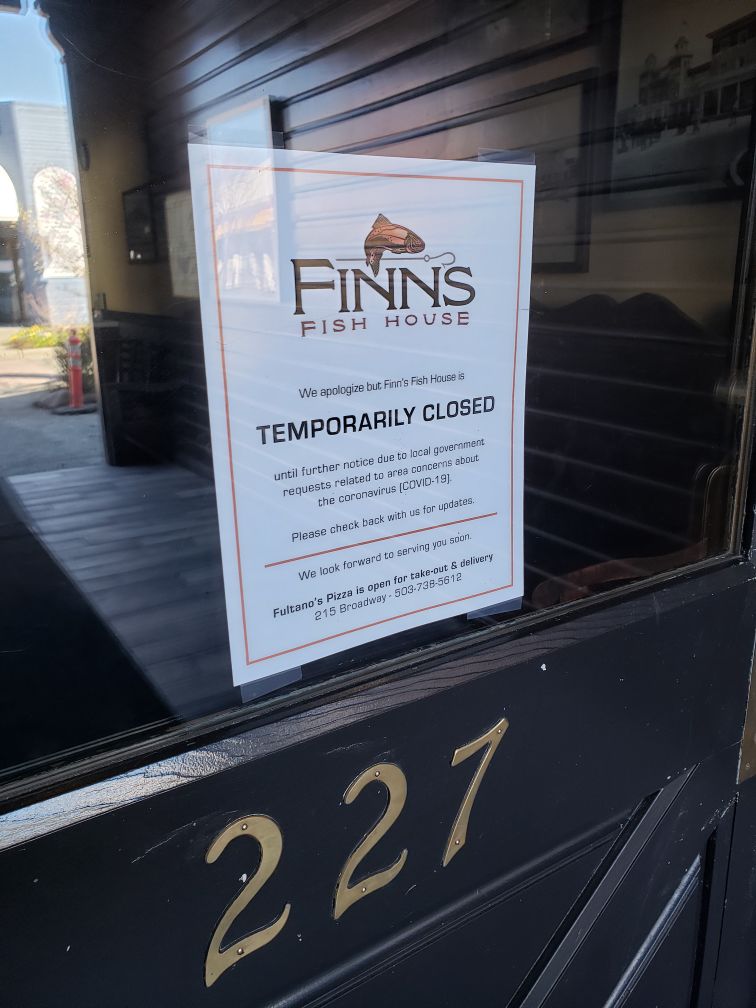 Finn's Fish House is one of many restaurants in Seaside that are temporarily closed. 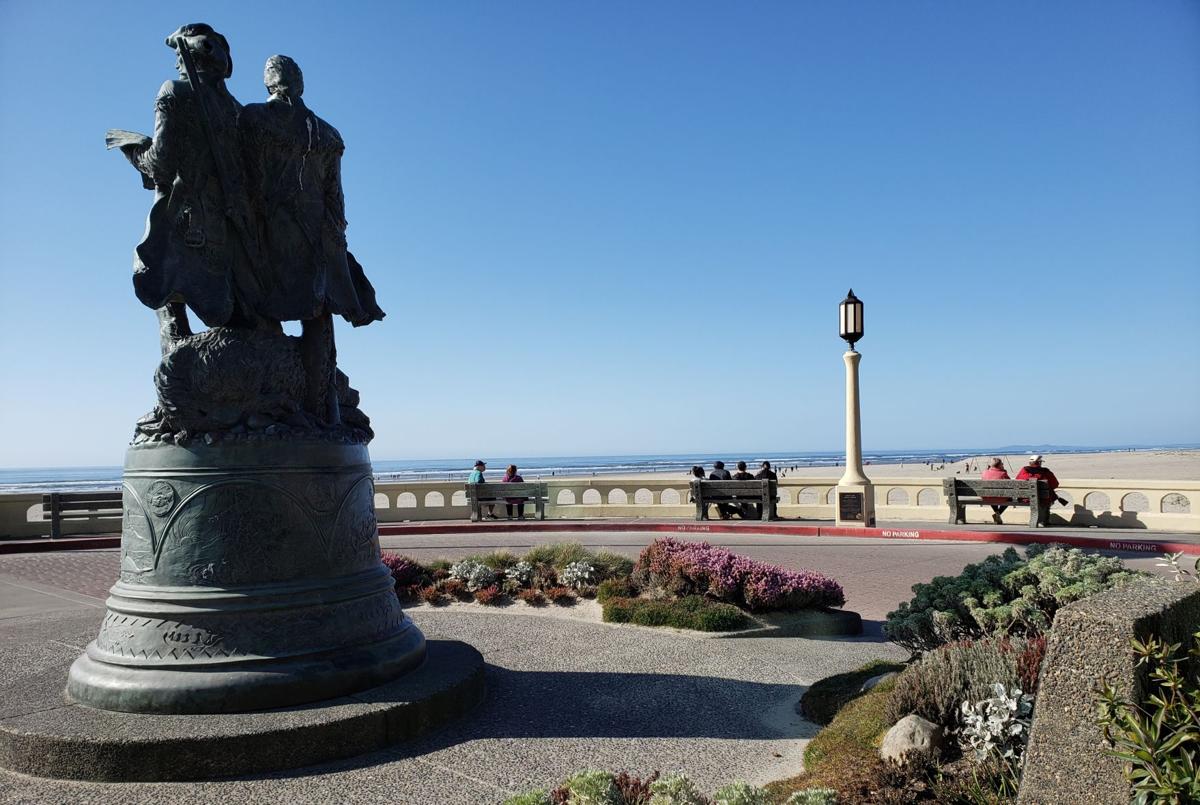 Tourists enjoy the weather on the Promenade in Seaside.

But this time it’s quiet. Many of the tourists who are visiting despite the coronavirus pandemic have to peek through shop windows to see who is still open.

Jimmy Griffin, the owner of Seaside Brewing Co., stood in his empty restaurant Thursday filling to-go orders while juggling other tasks. He said the restaurant and patio would typically be packed on a sunny spring afternoon.

After Gov. Kate Brown ordered restaurants and bars in Oregon to offer takeout-only as a precaution against the virus, Griffin spent the past few days updating his website and buying new marketing materials to advertise to-go options.

But now he thinks it won’t be long until Oregon follows California and New York and directs people to stay at home. “Financially, it’s affecting me just as much as it is everyone else,” Griffin said. “This is really hurting us.”

But he believes taking precautions is better than the alternative if the pandemic is not contained.

“We’re all going to have to make some sacrifices here,” he said.

Griffin said he employed nearly 30 people before Monday. Other popular downtown restaurants, including Finn’s Fish House, Twisted Fish Steakhouse and Sports Lounge and the Times Theatre & Public House, have closed. Some restaurants have managed to keep a few employees working by taking to-go orders and delivering.

“This isn’t us trying to save money,” Griffin said. “This is us now working 15 to 20-hour days, not because we’re busy, but because we’re trying to keep our businesses open so we can bring our people back.

“In a little town like this, a lot of us bleed all winter long so that we have our people around in spring and summer,” he said. “Spring break is when we make some of that back ... It’s not going to happen this year. So we’re going to see a lot of real stressed businesses this year as a result of that.”

Kyleigh Hoffman, who works at Molly Morgan, a jewelry store, fears what more government restrictions would do to businesses.

“We’re just going to wait — just sit and wait,” she said. “That’s kind of what everyone’s doing is just waiting for the other shoe to drop ... There’s so many rumors circulating, but nobody really, truly knows what’s happening.”

Hoffman said the local layoffs have made the pandemic feel more real. However, she said it has been comforting to see the community come together despite the stress and uncertainty.

Hoffman said the city has been quiet the whole week, but was happy to see more tourists trickle in as the weekend neared.

Michele Bundy, of Portland, said she was surprised to see as many businesses open. She took a daytrip with her husband and two children to have a picnic on the beach.

“We call it our happy place,” Bundy said. “If we can’t do anything else, we can still go to the beach.”

Suz Figini, of Oregon City, also drove to the coast for a daytrip with her daughters and two grandchildren. She said her daughter was home for spring break, so they decided to spend an afternoon at the beach.

“Who would think that would be a show stopper,” Figini said, watching her grandchildren play with giant bubbles being blown onto the Promenade.

“I think we’re all getting back to simple things,” she said. She remembers visiting her aunt and uncle in Seaside growing up, and what it looked like to her as a child.

Figini said the daytrip allowed her to relax and escape the reality of the pandemic for a few hours while they wandered the beach and shopped at Ter Har’s. She said she wanted to make sure her daughters got to see the Astoria Column before heading back home.

Griffin remembered how the North Coast pulled together during the Great Coastal Gale of 2007 when it really counted.

“But this is kind of a different thing,” he said. “We’re not helping each other out and clearing debris out of the roads — we have to stay away from each other this time. So how do you band together when you can’t be together? What’s that going to look like?

This article is misleading at the best and not helpful.