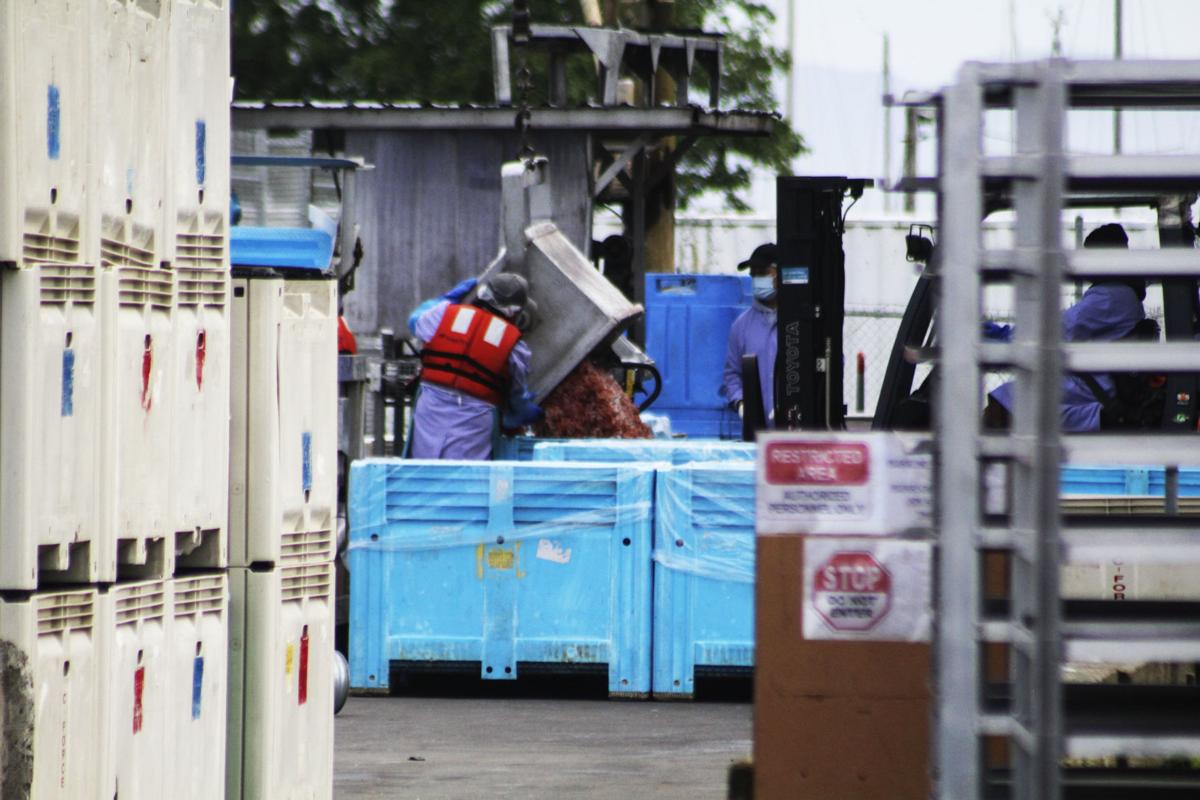 Work resumed Monday at Bornstein Seafoods after a coronavirus outbreak shut the seafood processor down for two weeks. 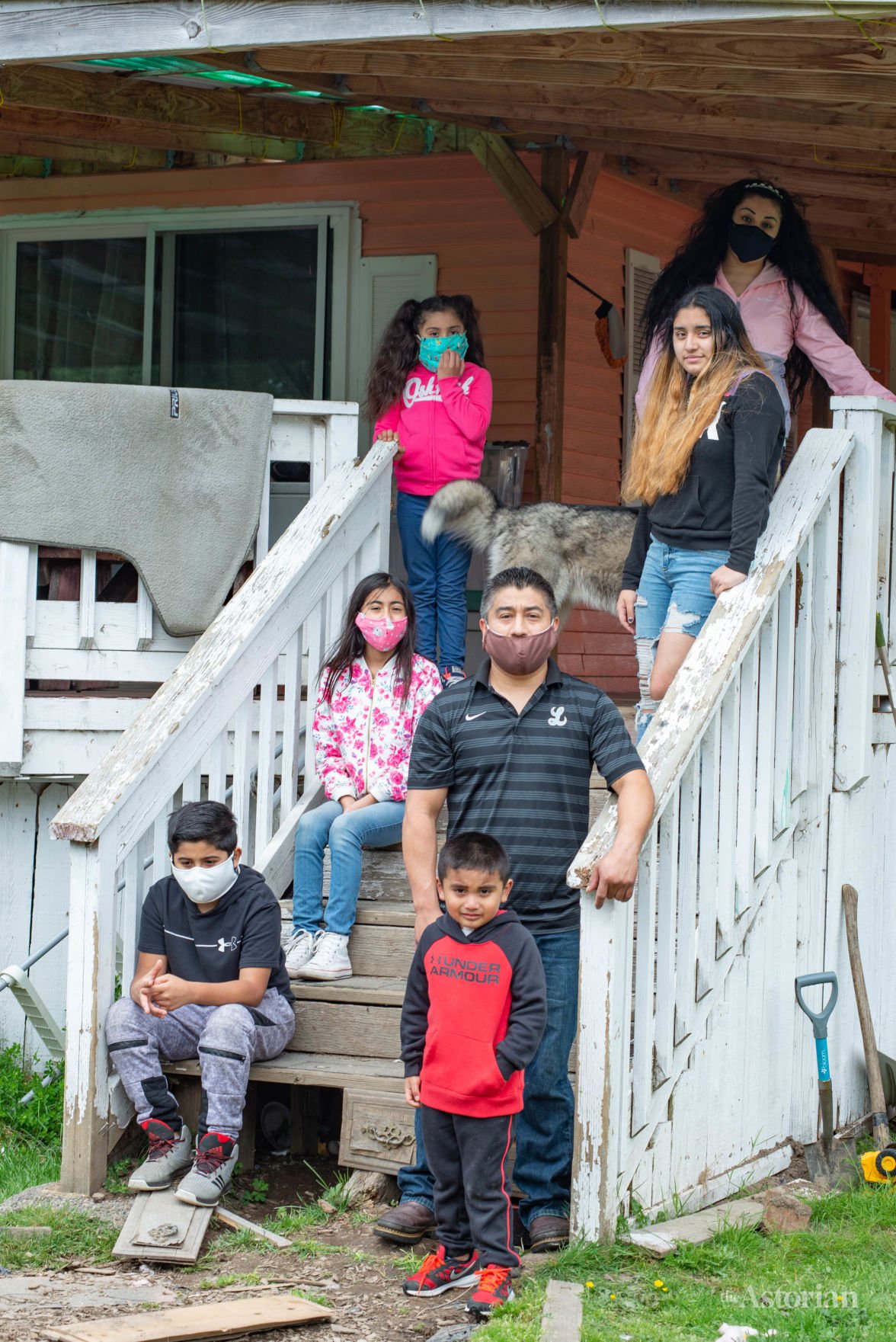 Mirna Marin, back right, and Victor Reyes, front right, stand with their children on the back stairs of their home in Warrenton. Marin, a worker at Bornstein Seafoods, tested positive for coronavirus and spent two weeks in quarantine with her family. 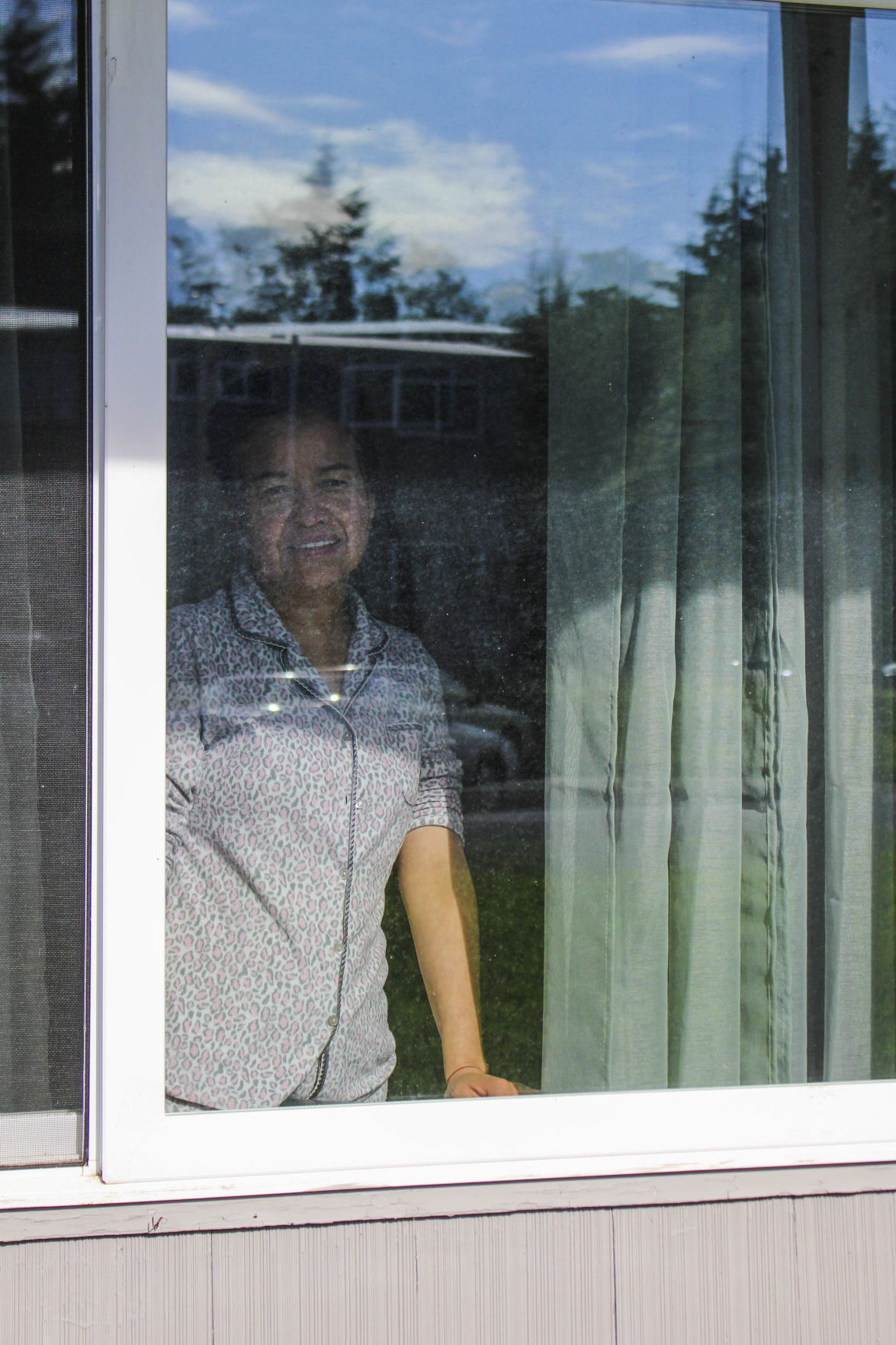 While quarantined with the coronavirus, Maria de los Angeles Sanchez kept herself separated from her 12-year-old son inside their apartment.

Workers at Bornstein Seafoods headed back to work on Monday after a coronavirus outbreak closed the Astoria processing plants and sent them into a two-week quarantine.

The Clatsop County Public Health Department reported that 28 workers at Bornstein Seafoods tested positive for the virus. Several workers described going through quarantine and the uneasy choice of going back to work.

Mirna Marin, who said she tested positive for the coronavirus, spent two weeks in quarantine with her husband, Victor Reyes, and their five children in Warrenton.

“Thanks to God, from the beginning when I tested positive … the only symptoms that I had was the swollen glands,” Marin said.

Marin and her husband had stocked up on food before the positive test and depended on friends and family to bring other items. Reyes, who tested negative, largely took care of the kids. The two made ginger tea to ease their swollen glands and never developed any worse symptoms.

Maria de los Angeles Sanchez, who lives with her 12-year-old son in Emerald Heights, said she felt traumatized after learning she had tested positive for the virus.

She spent much of the quarantine in her room, reading, praying and doing puzzles, only coming out to cook. Despite remaining asymptomatic, she took pains to stay separated from her son and choked up at times about being separated from him even in quarantine together.

Marin, Reyes and Sanchez all ended their quarantine Sunday free of any symptoms and ready to return to work. Sanchez contemplated taking a week off, unsure of what her coworkers might think of those who tested positive, but went back to work Monday.

“We share the same feeling … going back to work, and getting infected and going through this again,” Reyes said. “But we still have to go to work, because this is affecting us financially, and we just have to do it. We have to go back to work. We don’t have a choice.”

The vast majority of workers in local seafood plants are Latino. Across the nation, Latinos have been impacted by the coronavirus at disproportionate rates, in part because many work at jobs that are deemed essential.

The Lower Columbia Hispanic Council filed a complaint with the state Occupational Safety and Health Administration against Bornstein Seafoods shortly before the outbreak on behalf of workers who complained about a lack of social distancing and protective equipment.

Andrew Bornstein, the vice president and co-owner of Bornstein Seafoods, declined to comment for this article. His company reported the positive cases and shut down while the Public Health Department tested the workforce. He has previously described educating workers on federal protocols, increasing sanitation and staggering break times to avoid employees congregating.

Bornstein had also previously complained of difficulties in getting proper equipment, such as infrared thermometers to test employees as they come into work.

“We have a list of vetted vendors, and we go through that at least once a week and see if we can get more stuff,” he said. “It’s hit or miss, and we still don’t have any digital thermometers on hand. I am completely sympathetic with their desire to get this stuff. I wish we could get it, too.”

The county has offered to do another round of testing at Bornstein Seafoods. But McNickle said any enforcement falls to state and federal regulators because such workers are deemed essential.

Aaron Corvin, a spokesman for OSHA, confirmed the complaint against Bornstein Seafoods but said there has been no inspection by the state.

The state recently fined National Frozen Foods Corp. in Albany for not socially distancing employees, even after several tested positive for coronavirus. But the inspection in Albany came after multiple complaints, a similar benchmark for the state to become more involved elsewhere.

“By and large, we’re communicating with employers, and we see them endeavoring to comply,” Corvin said. “Employers aren’t blowing us off.”