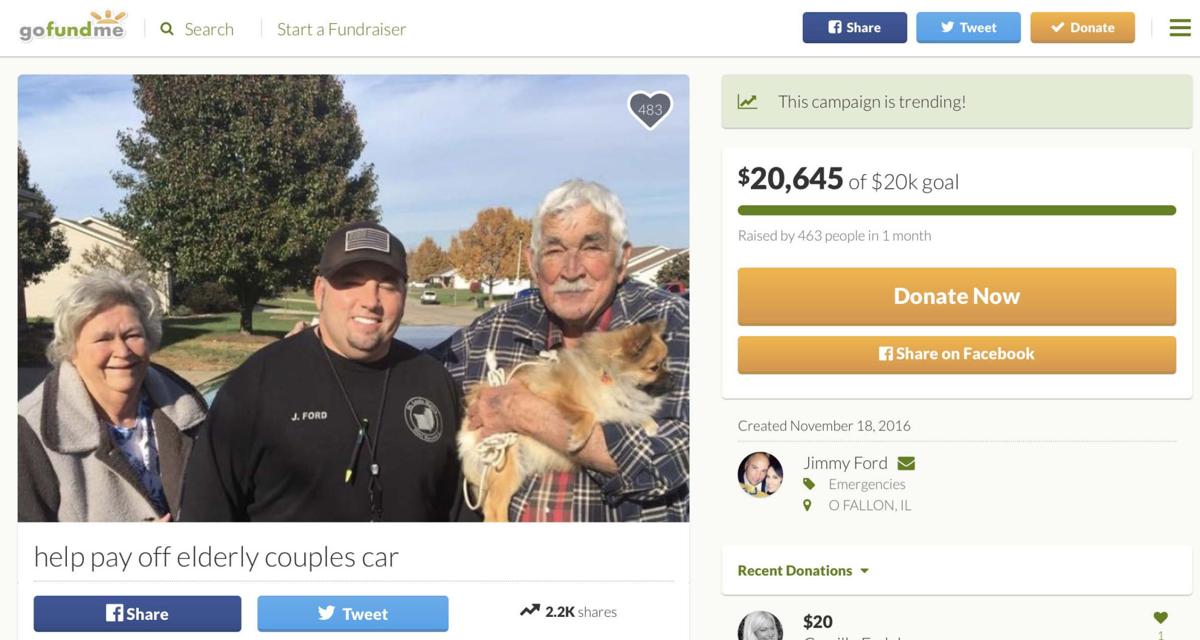 Jim Ford created a GoFundMe account to help an elderly couple pay off their car. 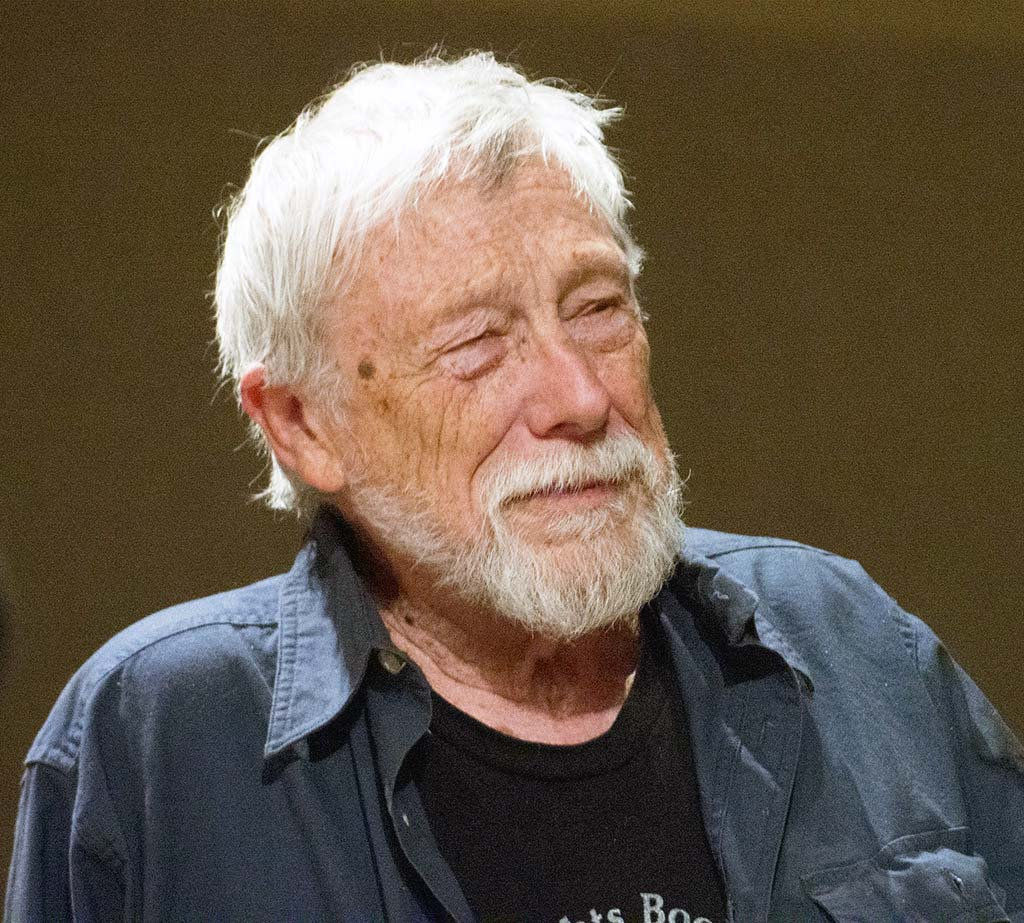 Gary Snyder, the poet laureate of Deep Ecology, says, “Find your place on the planet, dig in, and take responsibility from there.” 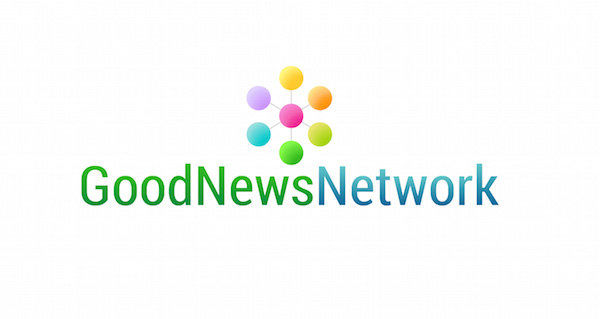 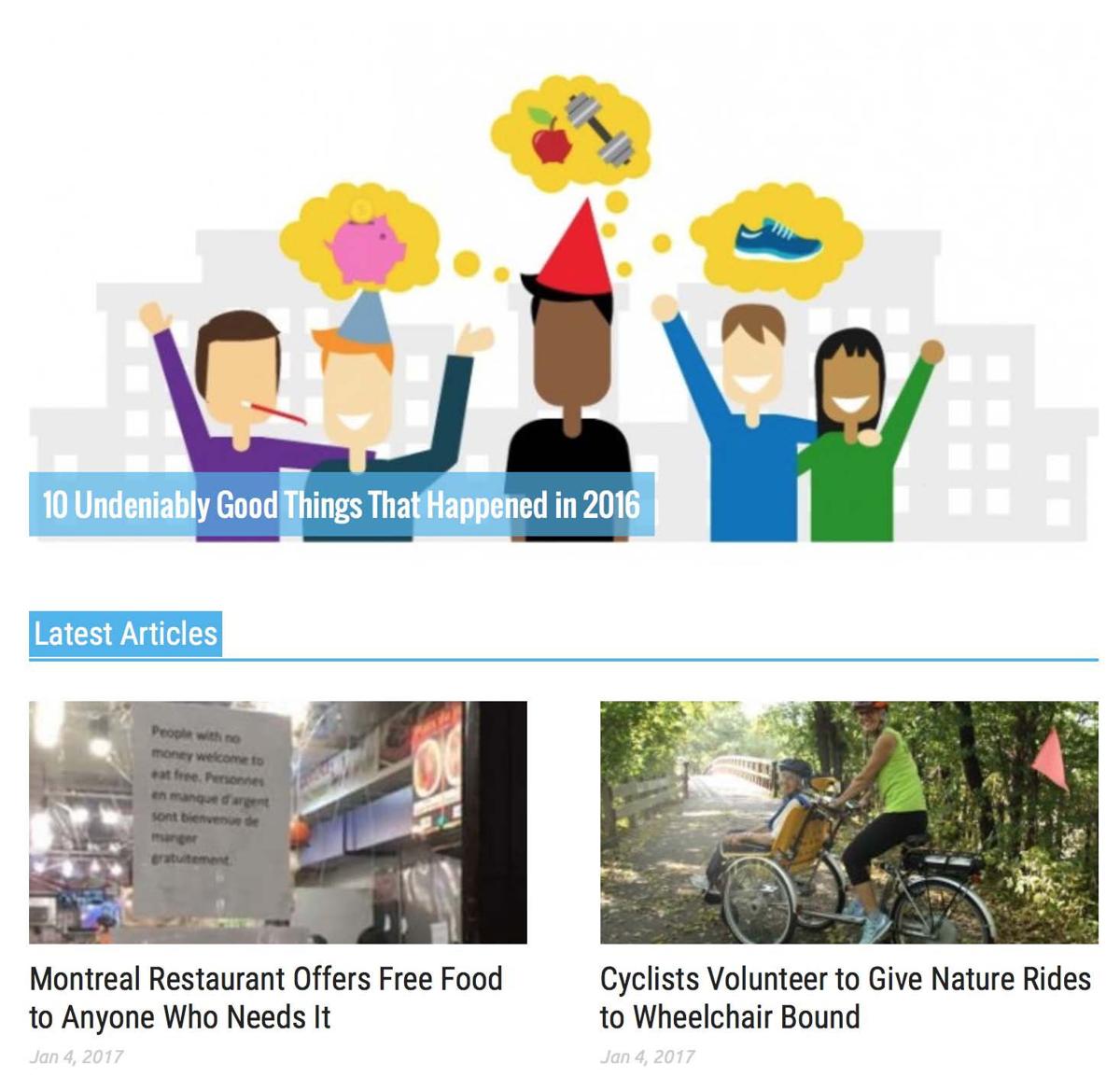 Jim Ford created a GoFundMe account to help an elderly couple pay off their car.

Gary Snyder, the poet laureate of Deep Ecology, says, “Find your place on the planet, dig in, and take responsibility from there.”

Whatever your political inclinations, the world seems to be in a scary place in time. We may have a renewed arms race, in some areas we’re seeing a roll back of progress in anti-discrimination, and fear and suspicion are everywhere. There are obviously reasons for caution, but fear and isolation will only hide us away from all that’s good as well as bad.

While looking for uplifting news online, I discovered The Good News Network. Good news does abound, and finding it in the last place you’d expect to see it is a serious upper.

As in the story of the woman whose police officer husband was killed by a man whose family didn’t have enough money to travel to where the murder occurred to claim his body. The victim’s wife sent the assailant’s wife money to travel. Then when she heard there were children involved, she made sure they had gifts for Christmas. Her claim was that the killer’s family was as innocent in the crime as she was. Wow.

Jim Ford, a repo man, reclaimed an older couple’s ’95 Buick because they were five months behind in payments. Apparently the cost of the older man’s medication had doubled since the previous year, and their meager income couldn’t cover everything. Ford was so touched by their situation that he shared their story with his co-workers, and started a GoFundMe account for the couple. The account made enough to pay off the car entirely and give the couple extra spending money. Ford and his co-workers pooled their resources and stocked the couple’s pantry.

A farm family in Indiana suffered the loss of a granddaughter in a farming machinery accident during harvest. The family were so overcome with grief, they weren’t able to harvest the last 112 acres of wheat still in the field. A friend put out the word, and 60 farmers showed up with their own equipment to finish the job. Other friends arrived with sandwiches and cookies to fuel those working. The volunteers finished in seven hours what would have taken the family more than a week by themselves.

Margaret Fleck, a grocery store manager in fire-plagued Saskatchewan, Canada, camped for days in a parking lot to prepare and serve meals to battling firefighters.

A group of Palestinian firefighters volunteered their services to battle a serious fire in Israel.

And adults aren’t the only ones filled with kindness. Jared Hill wanted to take Emily Jarrell to the senior prom in Manasses, Virginia. But his immune system was weak from chemotherapy, and his doctor said he could go only if he wore a mask. His entire class wore surgical masks to the prom so he wouldn’t feel out of place.

A 9-year-old girl, Emma Burkhart of Durent, Oklahoma, received two blankets that were exactly the same for her birthday. Having heard that many children are homeless and cold, she decided to give one of the blankets away. Then she began to collect blankets to keep more children warm. The Keep Kids Warm Blanket Drive was born and gained momentum, local businesses became drop-off points, and she’s collected over 350 blankets.

Phoebe Brown, 7, of Independence, Missouri, found a discarded winning lottery ticket worth $100. She contributed it to the Sycamore Hills Elementary School food drive rather than treat herself to something.

Kindness and caring aren’t limited to our species. A pair of stray dogs, a Chihuahua mix named Isabella, and, Isaac, a blind Husky, were found wandering the streets of southern California. Isabella was obviously acting as seeing-eye help for Isaac, and would call the Husky with a bark if he wandered toward the street. The pair was taken to a shelter by a concerned stranger where the staff got the word out on social media, asking for a family who could adopt the bonded pair. With many dogs to care for and limited resources, the concern was that Isaac and Isabella wouldn’t be placed before time ran out. Fortunately, a couple willing to take both dogs arrived just in time. We’ve all heard stories of pets saving someone in their family, but one dog living in service to another was a new one for me.

So — as big and scary as the world is today, with the example set by all those generous adults and children, and all those in our own county who volunteer at the Clatsop County Animal Shelter, with Search and Rescue, through mentoring programs, and all the other ways we try to help each other, I have a thought on what those of us who have to stay close to home can do to work on our little corner of the world. (Be forewarned that I have done math to work this out. Numbers are so much less creative than words, so that seldom ends well for me. But I did find help online.)

Clatsop County has an area of 1,085 square miles. According to the most recent census, 37,039 people live here. Thanks to one website that translates square miles into square feet, and another that turns square feet into acres, I leaned that that gives each of us 1.7 acres on which to make our stand.

I’m imagining Clatsop County as a giant grid with each square in it representing 1.7 acres. It’s probably a little less than that because I didn’t know how to account for rivers and lakes and hilltops where a person couldn’t really stand, so I didn’t even try. With these calculations, some of us are getting our feet wet, and some of us are breathing thinner air, but you get my point.

My doctor has a sign in his waiting room with a quote attributable to Gary Snyder, the poet laureate of Deep Ecology, that says, “Find your place on the planet, dig in, and take responsibility from there.” I believe that was meant in an ecological sense, but I think it could work socially, too.

If 37,039 people dug into their 1.7 acre spot determined to be patient and kind, to be civil and polite, to be unafraid of other people until there was definite reason to be, to think positive and do everything possible to make things better, not just for ourselves but for everyone around us, wouldn’t that have to make a difference? Couldn’t we spread it like a good virus, infecting everything around us until we had a goodness epidemic that could affect the whole world?

I can hear you out there. “What a Pollyanna. That’s enough to gag a maggot.” But what else have we got but each other and the determination to change things for the better? I think we should take the example set by all those noble people willing to extend themselves, and carry on their efforts. Imagine if we did affect positive change. If we can do that in little ways, maybe we can do it in big ways, too.

What if the world became a better place — and it started in Clatsop County?

Good news does abound, and finding it in the last place you’d expect to see it is a serious upper.