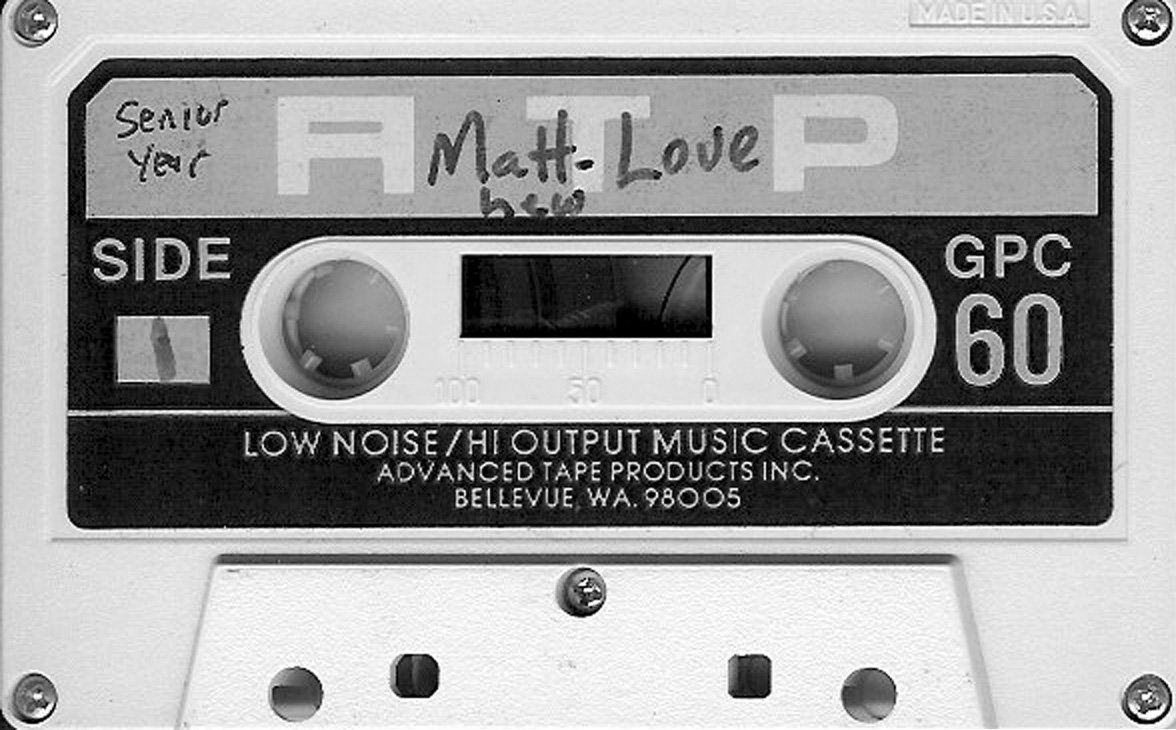 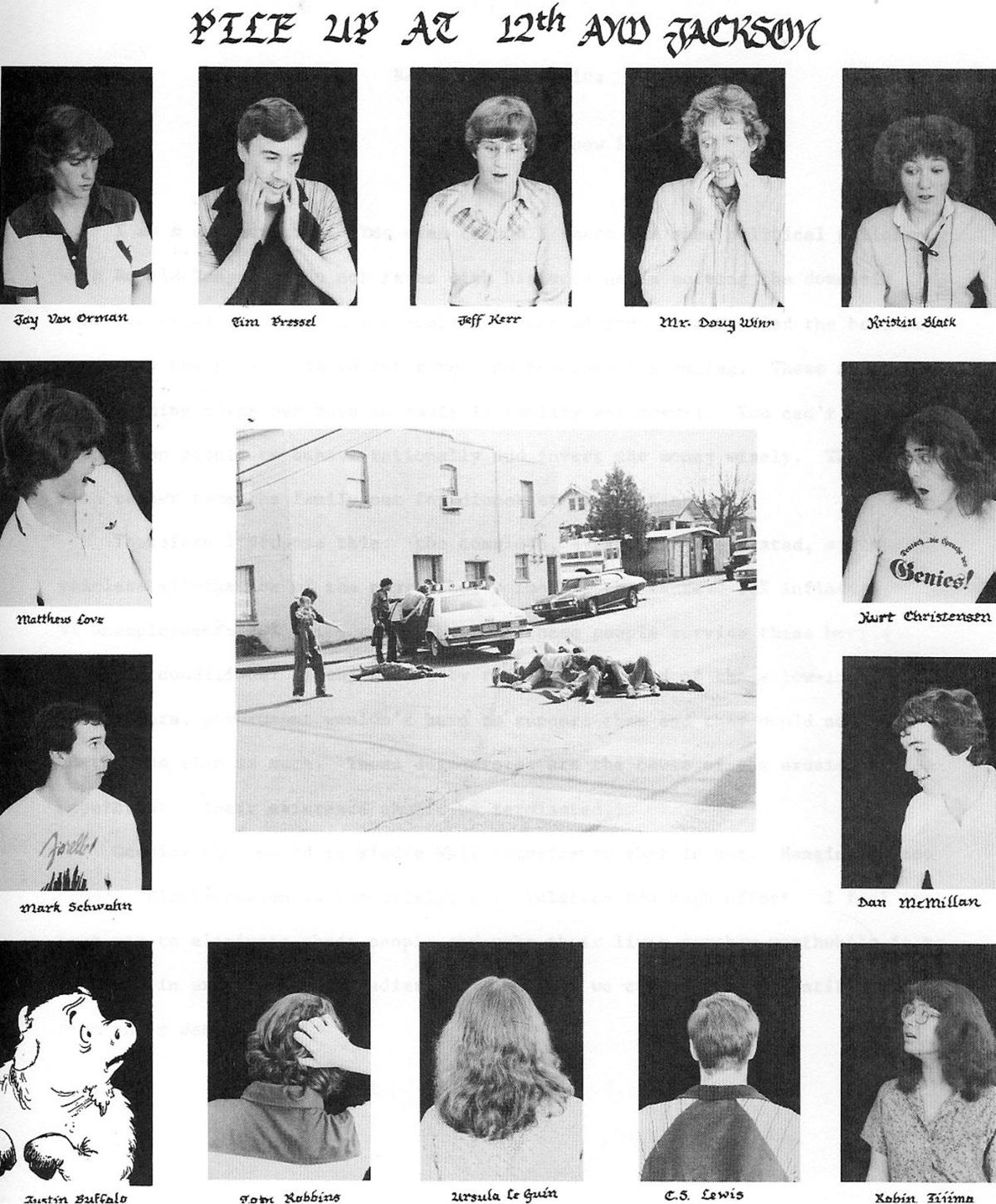 Were you lucky enough to have that one teacher who changed your life?

I was. I owe him everything and try to my inspire students the same way he inspired me — by directing their creative talents to the right places.

In 1980, my junior year at Oregon City High School, I landed in a creative writing course taught by Doug Winn. It was his rookie year as a teacher. He required us to keep journals and often made observations in the margins. He also dictated a commentary on cassette tape about our writing.

On one of the tapes Winn told me something about my writing’s voice reminded him of Kurt Vonnegut and that I should check this author out. Hearing this, I rushed to the school library and found the novel “Breakfast of Champions.” I picked it up, thumbed the pages, and noticed some peculiar drawings, including one of the American flag that wasn’t necessarily reverent.

I devoured “Breakfast of Champions” and the rest of Vonnegut’s novels. I’d never read anything like them: the voice, satire, time-bending, moral outrage, revisionist history, and the bursts of ribald sexuality. I discovered Vonnegut at the precise moment I was about to enter a period of rebellion that easily could have led to trouble. His words represented a kind of affirmation for my disaffection and, I think, a direction.

Next Winn recommended Norman Mailer. I’d never heard of him. I took the bus to Portland to visit for the first time, Powell’s Bookstore, a place Winn insisted I explore. There, I bought “The Executioner’s Song,” “The Armies of the Night” and “The Fight.”

I opened with “The Armies of the Night,” Mailer’s third-person account of his chaotic participation in a 1967 protest march against the Vietnam War. In this book, I read sentences such as: “He had in fact learned to live in the sarcophagus of his image — at night, in his sleep, he might dart out, and paint improvements on the sarcophagus.”

Immediately, I began emulating Mailer’s third-person point of view when writing about myself. As I read those bombastic pieces today, I imagine the power shuddering through me as 17-year old fledgling writer experimenting with voice and how the narrator might integrate himself in a piece of journalism. You could plunge into a story, observe, enact a small, but vital role inside it, serve as its reporter, and catalyze its elements. That’s pretty much how I would describe the main editorial thrust of everything I’ve published since and how I teach creative writing to my own students.

At times, my Maileresque prose must have bordered on insufferable for Winn to read, much less critique. It was to his credit and my everlasting benefit that he could say into the tape recorder: “You have a little of this attitude that ‘nobody is smart but me’ and that kind of attitude is not fun to be around. I don’t get a good response that a reader gets into that kind of attitude.” That might have been the best piece of writing advice I’ve ever received. I think about it every time I write a new book. I just published my 14th and it all began 35 years ago with Doug Winn in a high school creative writing class.

I might also add that Winn was my first publisher in that he started a literary review at Oregon City High School. I get the feeling he paid for it himself. I will never forget the thrill of seeing my stories and poems printed in a bound literary review for the first time. It began a journey that I am still traveling today and is also the reason I produce literary reviews with my students. That public outcome is crucial to the development of a young writer. Seeing your work exclusively online is hardly the same. It’s the ink that hooks you.

As graduation loomed, Winn found me at school and handed over a present: used copies of Henry Miller’s trilogy “The Rosy Crucifixion: Sexus, Plexus and Nexus.” Without any sort of preface to Miller except to say, “I think you’ll like this guy, now go out and become a writer.” That summer I read the trilogy and have never forgot my initial experience with Miller. His candor addicted me like a drug and I’m still hooked. I never bought into all of Miller’s pronouncements about human sexuality, but the intensity of his passion has never left me.

I also never forgot the charge Winn put to me my senior year. It took time and maturity, but through the books he introduced me to and his recognition of my passion for writing, I believe I eventually found the path to fulfill whatever literary promise he held out for me.

Matt Love lives in Astoria and teaches at Astoria High School. He is the author/editor of 14 books about Oregon, including “A Nice Piece of Astoria: A Narrative Guide,” and “The Great Birthright: An Oregon Novel.”