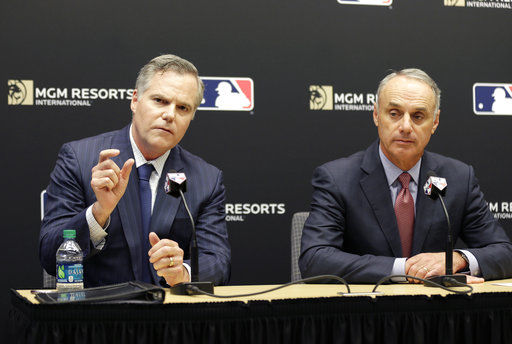 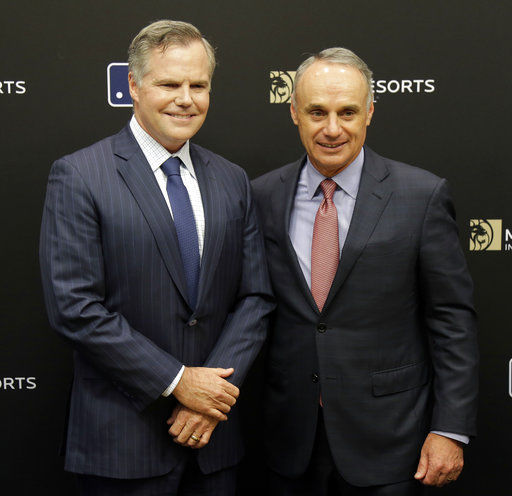 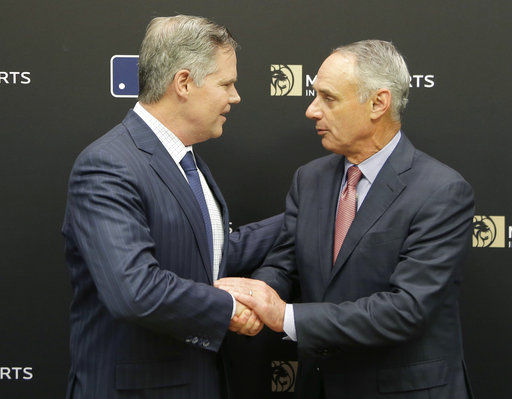 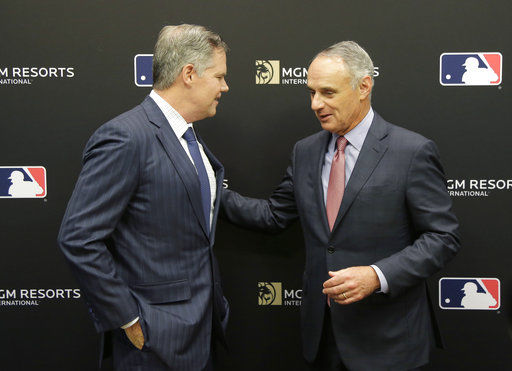 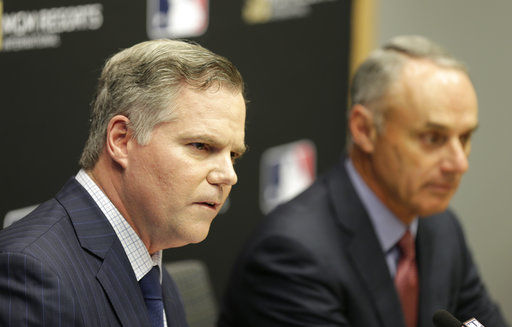 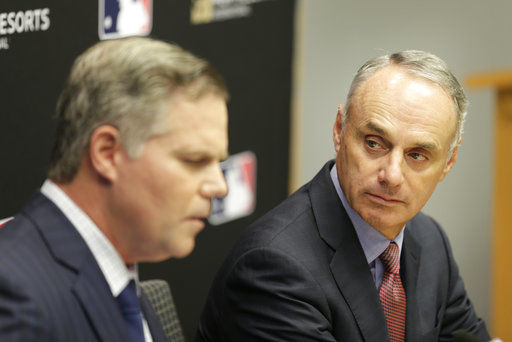 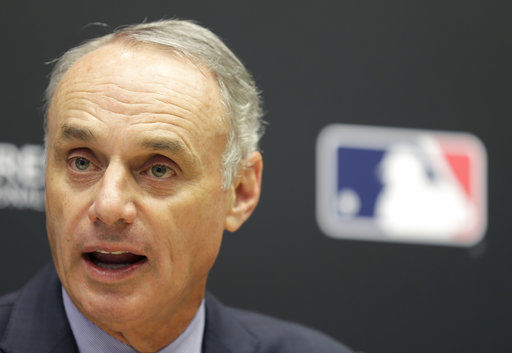 NEW YORK (AP)  MGM Resorts International became Major League Baseball's official gambling partner in the U.S. and Japan, a deal made as the sport tries to ensure more prevalent legal sports betting does not lead to any scandals of the type sparked by illegal wagers in its past.

"Over the past 18 months we've had various senior people in the office involved various aspects of the sports gaming project," baseball Commissioner Rob Manfred said at Tuesday's announcement. "I think that we have ensured ourselves on the integrity front by updating our policies, making clear what employees and players can and cannot do on the one hand, and on the other developing clear guidelines for the commercial activity that central baseball, meaning Major League Baseball will engage in and similarly the kind of commercial activities that will be allowed on the club level, as well."

The U.S. Supreme Court in May overturned the Professional and Amateur Sports Protection Act, which prohibited every state but Nevada from allowing betting on most sporting events.

Baseball was plagued by betting scandals in the 19th and early 20th centuries, the biggest a thrown World Series in 1919 that led to lifetime bans for eight Chicago "Black Sox" players imposed by the first baseball commissioner, Kenesaw Mountain Landis.

Major League Rule 21 specifies "any player, umpire or club or league official or employee, who shall bet any sum whatsoever upon any baseball game in connection with which the bettor has no duty to perform, shall be declared ineligible for one year" and adds the penalty for betting on a game in which the "bettor has a duty to perform, shall be declared permanently ineligible."

That led to the 1989 investigation of then-Cincinnati manager Pete Rose. The probe concluded Rose bet on the Reds to win with illegal bookmakers, and the career hits leader agreed to a lifetime ban.

MLB is considering updated policies that would prohibit employees, including players, from causing bets to be made and from distributing confidential information that could impact betting, a person familiar with the discussions told The Associated Press. The person spoke on condition of anonymity because the policies were not final.

MLB also is discussing its prohibition against team owners also owning entities that provide sports betting, a policy in place before the Supreme Court decision, the person said.

Manfred declined to detail the updated policies, which he said were discussed at last week's owners' meeting. He said final revisions were being made.

MGM will become an MLB-authorized gambling operator and will promote itself with teams and on the MLB Network, MLB.com and the MLB At Bat app. Manfred said MGM will have a presence at baseball's top events.

"There's been a huge change in public opinion" on sports gambling, Manfred said.

MLB will make a limited part of its Statcast data available to MGM on an exclusive basis. That data also is available to the 30 clubs.

"It has presented an opportunity for all sports and baseball in particular," he added. "We have to take advantage of every opportunity to drive engagement by fans."

Manfred said he does not expect there will be betting windows open at London's Olympic Stadium during the two-game series in June between the New York Yankees and the World Series champion Boston Red Sox  the first MLB games in Britain.

MGM Resorts Chairman and CEO Jim Murren spoke about the importance of the MLB deal and said he "will do whatever I can as a fan, as an executive in the gaming industry and as a sports partner to ensure that this is a partnership that will last forever."