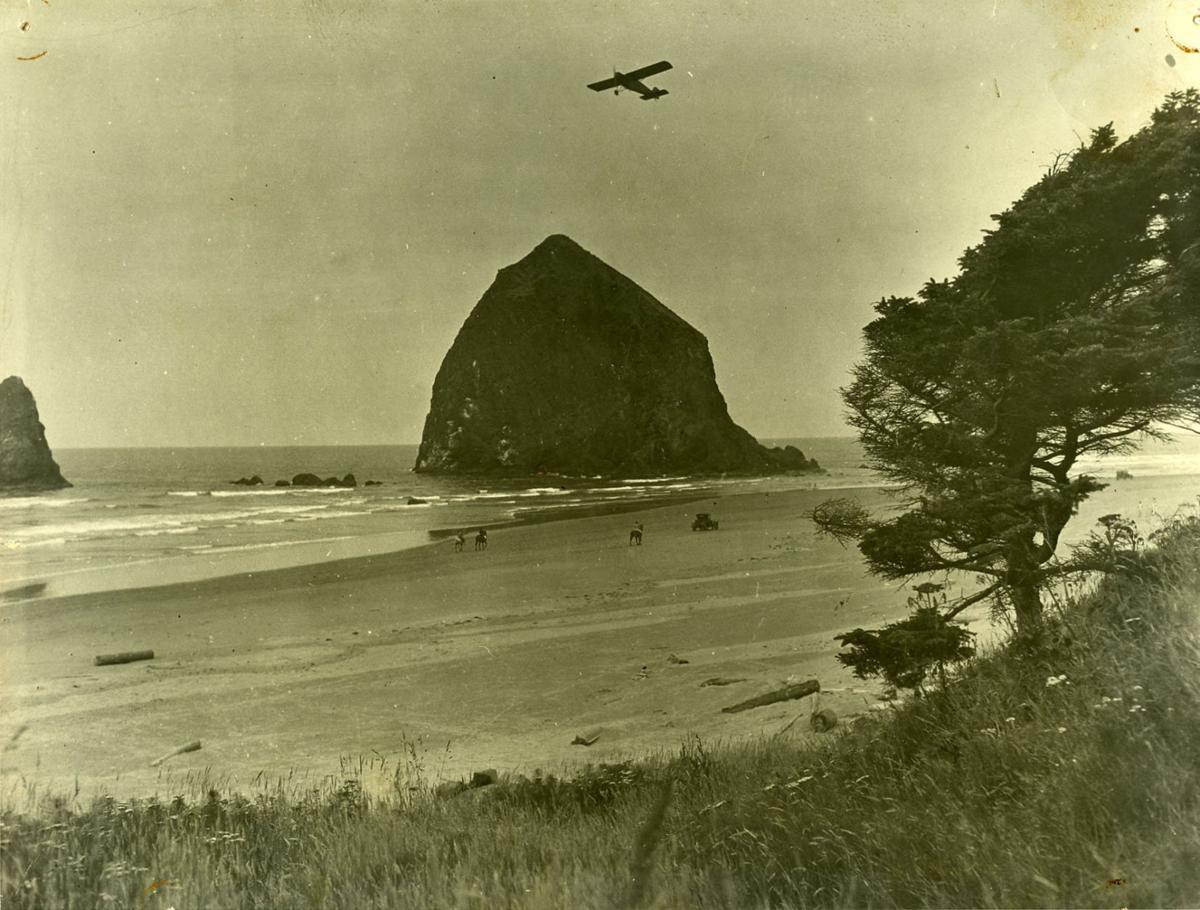 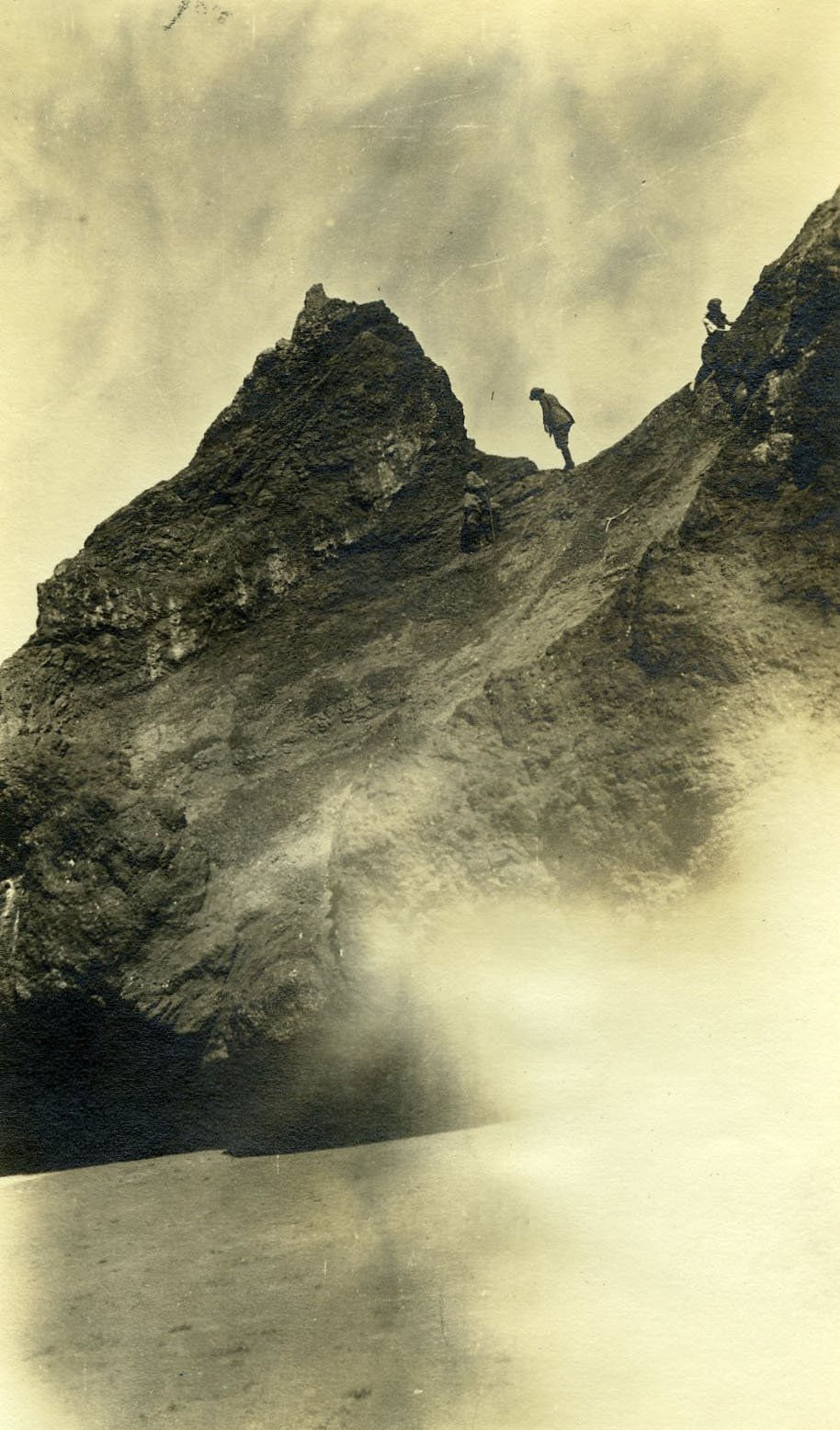 A developer once wanted homes on the landmark. 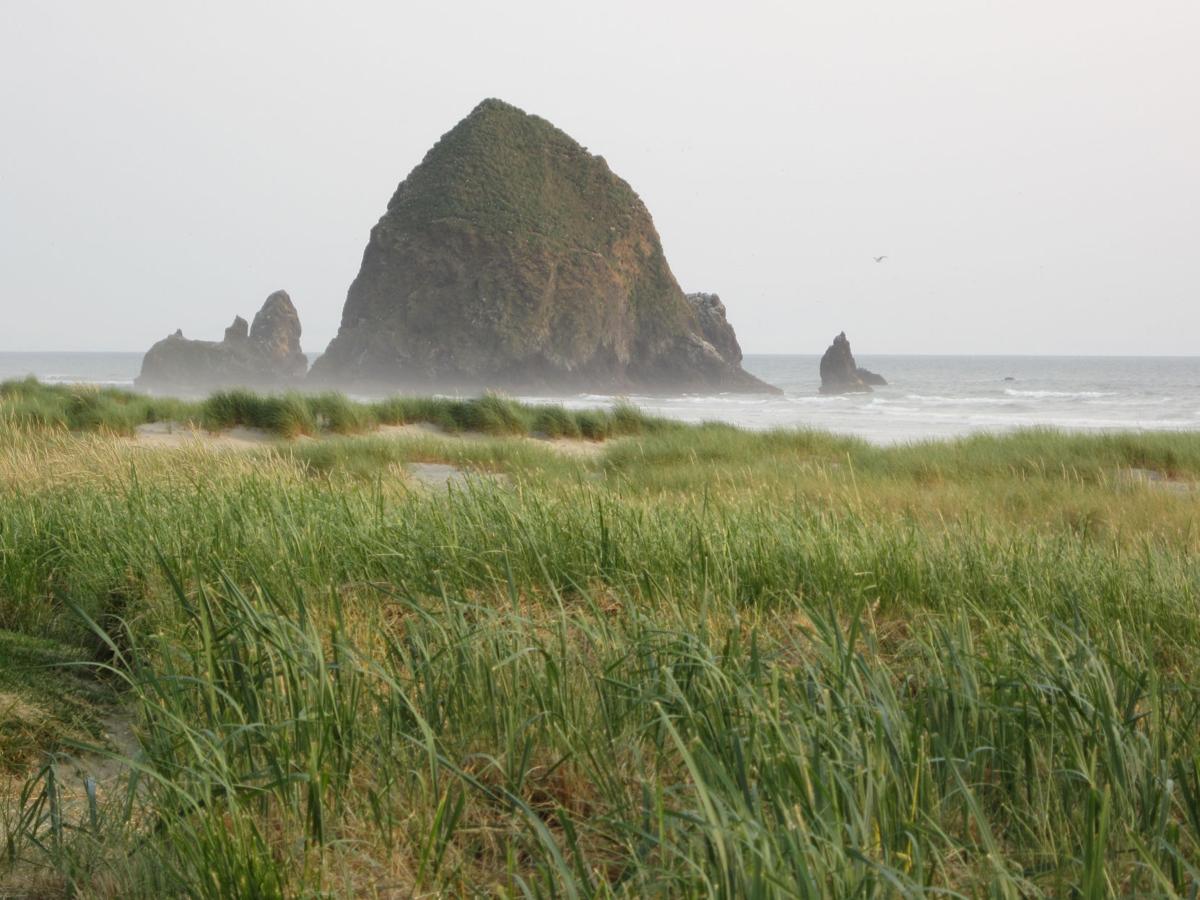 A developer once wanted homes on the landmark.

One of the most iconic images of the Oregon Coast is Haystack Rock.

It has been featured in magazines, artwork and in photos from around the world. It has even, dare we say, become a member of the family? It has been prominently featured in family photos, wedding shots and the like.

This basalt “sea stack” stands 235 feet tall. There are varying accounts, but it is considered one of the largest monoliths in the world. More than that, this immense basalt rock is as famous as Mount Hood, the Grand Canyon, or any other breathtaking and beautiful natural occurrence. People travel from around the world just to photograph the rock in the beauty of the setting sun, by light of the moon, or by the light of day.

Haystack Rock is older than you might think and its journey longer than you’d expect. Its story began nearly 15 million years ago when volcanic lava flows from eastern Oregon flowed along the route of the Columbia River. When this lava reached the sea, it descended into the soft ocean floor, pooled in spots and pushed to the surface.

The story does not end there. Just 3 million years ago, Oregon temporarily gained more land to the west as the Ice Age reduced sea levels and the earth’s crust shifted. As a result, the ocean sediment became land instead of ocean floor and was slowly lifted as the western flank of Oregon gained more real estate. There, Haystack Rock remained nestled in Oregon’s new coastal plain. During the last 11,000 to 18,000 years, continued uplift associated with the movement of the earth’s crust and erosion removed approximately 30 miles of sediments and volcanic rocks along the northwestern Oregon coast. These lone invasive basalt sentinels — such as Haystack Rock — are what remain of the once great Northwestern Oregon Coastal Plain.

Haystack Rock is not the lone basalt sentinel, nor the biggest. Pacific City has their own rock, which stands over 300 feet tall. So what makes Cannon Beach’s Haystack Rock so unique, so appealing?

The Haystack Rock Awareness Program was conceived in serendipity. Neal and Karen Maine brought spotting scopes and other equipment to Haystack Rock one summer day in 1983. They planned to observe birds and intertidal creatures, but their day did not turn out as quietly as they’d hoped. Curious passersby crowded around, asking for “interpretation of the wildlife.”

Inspired by the spontaneous enthusiasm of visitors to Haystack Rock, Karen Maine suggested that a program be organized. Neal Maine, a teacher, had an easy time convincing Mayor Lucille Houston that an environmental education project was a good idea.

In the fall of 1984, Maine, Houston, and City Manager Mark Lindberg gathered interested environmental agencies who felt that the program would do more than law enforcement to protect the rock. A pilot program was launched in the summer of 1985, coincidentally the final summer that Cannon Beach allowed driving on the beach.

According to the city’s website, as many as 200,000 people visit the rock each day to see the nesting seabirds and intertidal life.

Haystack Rock hasn’t always lived such a protected life. In 1904, a developer by the name of Mulhallan filed a land claim on Haystack Rock. Talk about oceanfront property! The size and location of the lots that he envisioned on Haystack Rock and its precipitous slopes, or the design of the homes he planned to construct there, is unknown. In any event, the claim was subsequently denied. Thank goodness! Could you imagine having a house teetering on Haystack Rock?

Another attempt to make use of Haystack Rock occurred shortly after the tsunami of 1964. The community was brainstorming new ideas to encourage visitors back to Cannon Beach. One such idea was to illuminate Haystack Rock at night. The power company was persuaded to run a line to the rock and set up two large lights. The lights were only lit for one night. The lighting terrified the seabirds roosting on the rock, they took off in fright — swooping over the town and covering it in … well, you can guess.

In 1968, the rock became a liability. Visiting tourists, who fancied themselves rock climbers, continually stranded themselves. Rescuers had grown tired of this almost daily event. As a solution, Haystack Rock was blasted in such a way to make it inaccessible to climbers or climbing enthusiasts. According to some locals, there was a small trail (or accessible area) on the rock face, although accounts differ as to where it was located. The dynamiting of Haystack Rock was such a big deal that it made news throughout the nation! An article that appeared in The Daily Chronicle of Centralia, Washington, reads, “Landmark dynamited.” The article is dated Oct. 10, 1968. A 1968 report from the Bureau of Sports Fisheries and Wildlife states that 10 charges of dynamite were set off at the face of Haystack Rock. A quote released by the bureau in 1968 claimed that “the blast did not change the appearance of the rock.”

In a rather historic twist, 1968 is the same year that Haystack Rock was designated a protected wildlife refuge.

Elaine Trucke is the executive director of the Cannon Beach History Center and Museum.