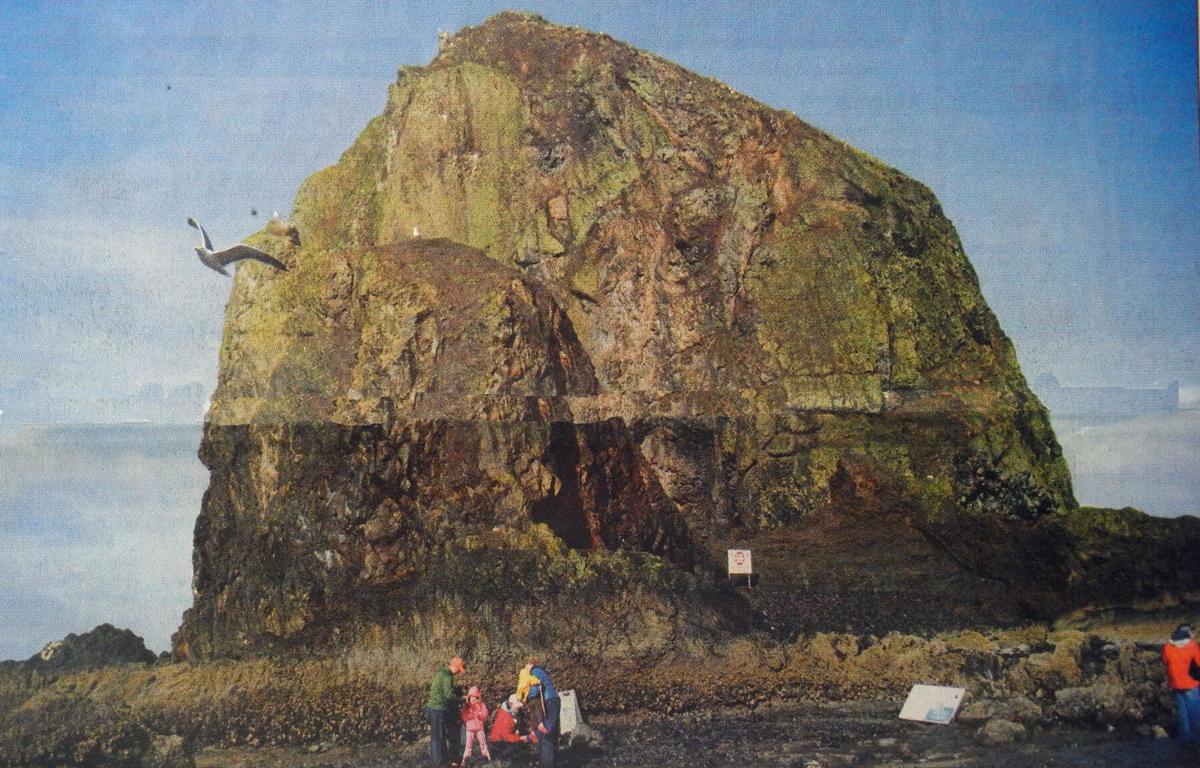 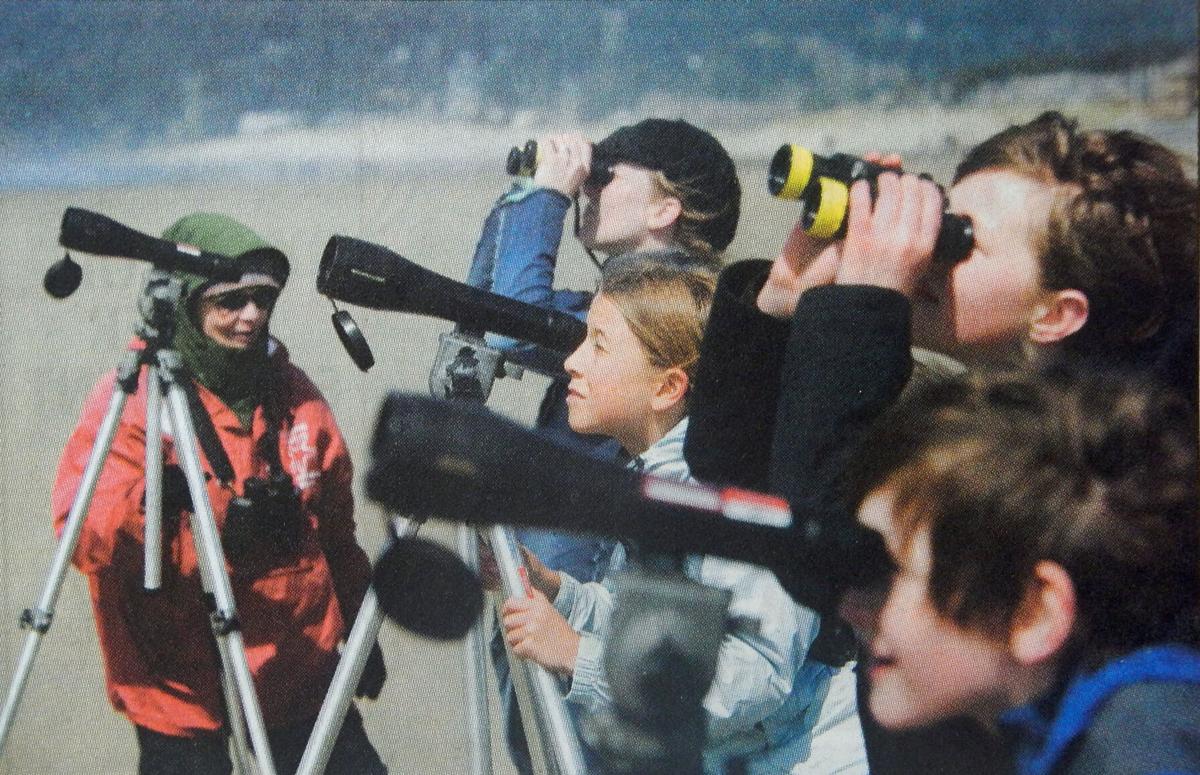 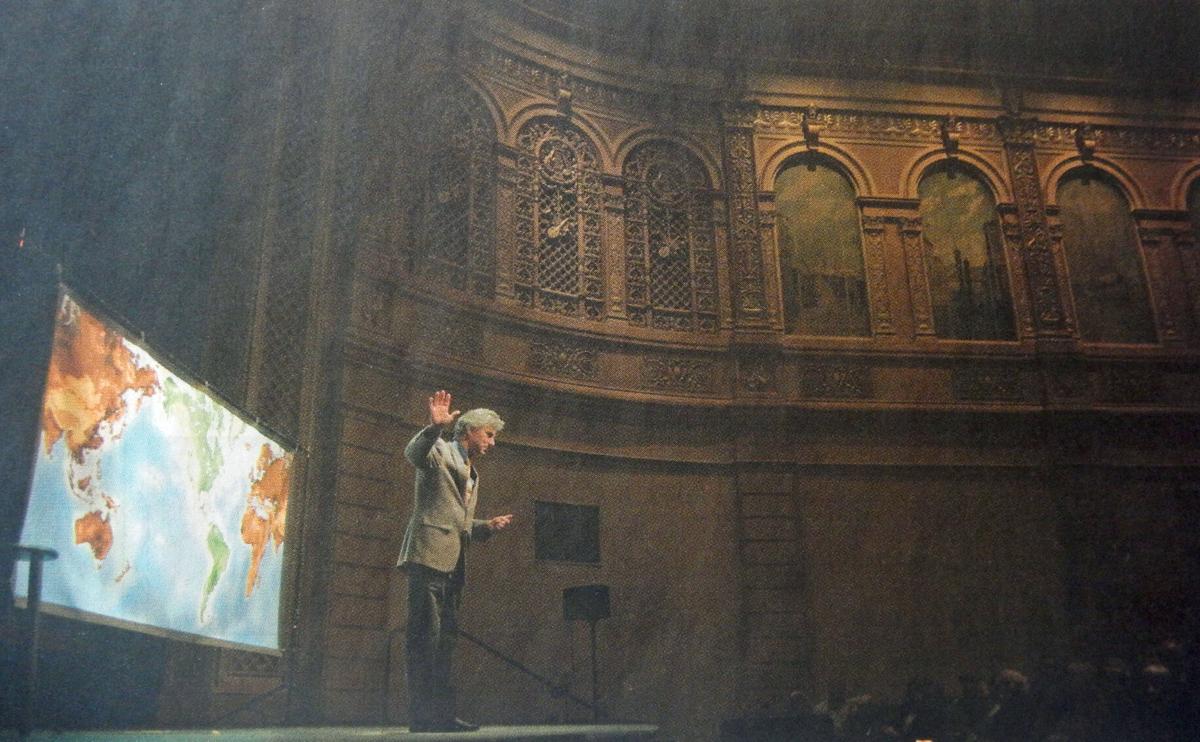 Rex Ziak speaks at the Liberty Theatre in 2011 about the early life and rise of John Jacob Astor. He became one of the richest men in the world through fur trading and real estate. 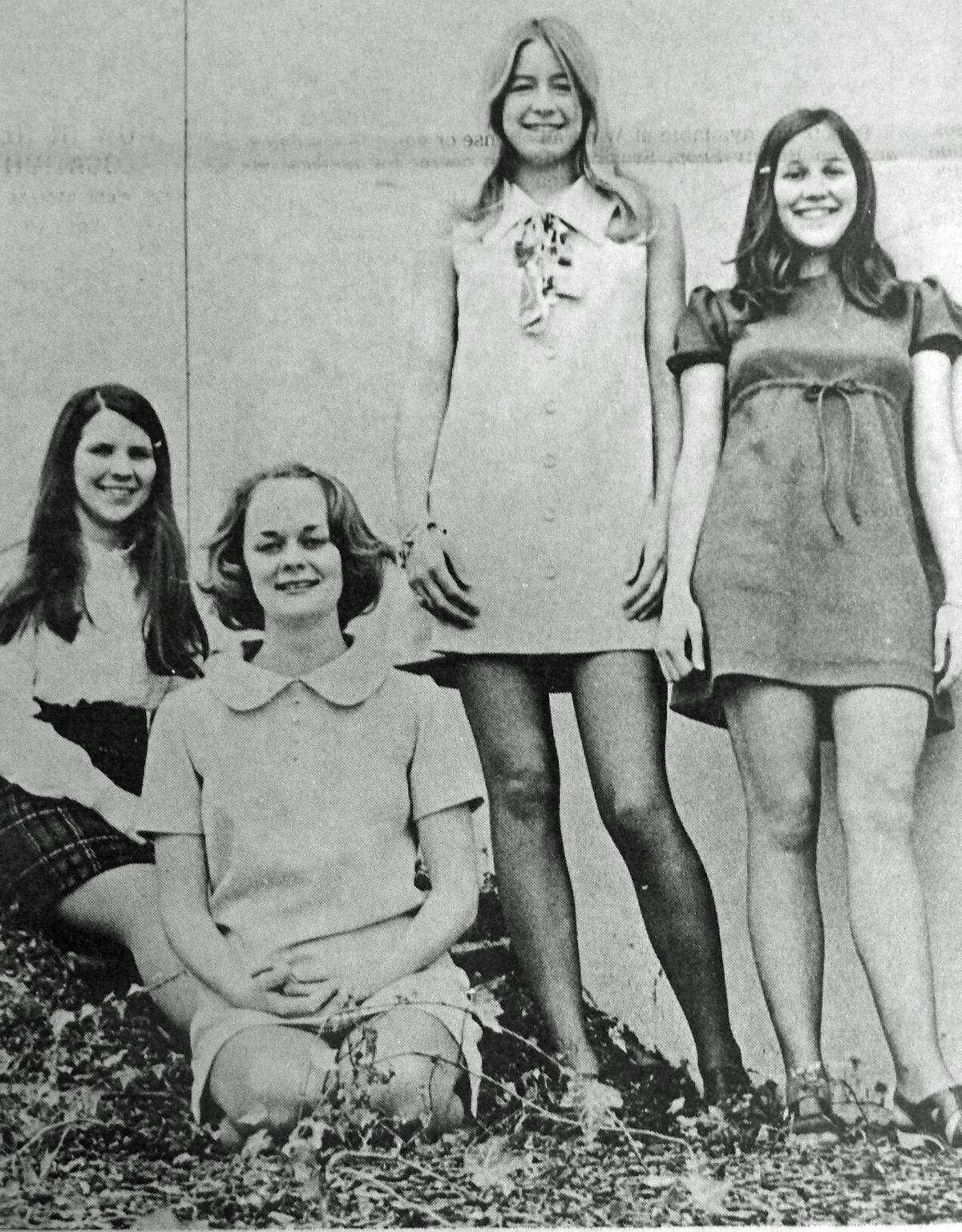 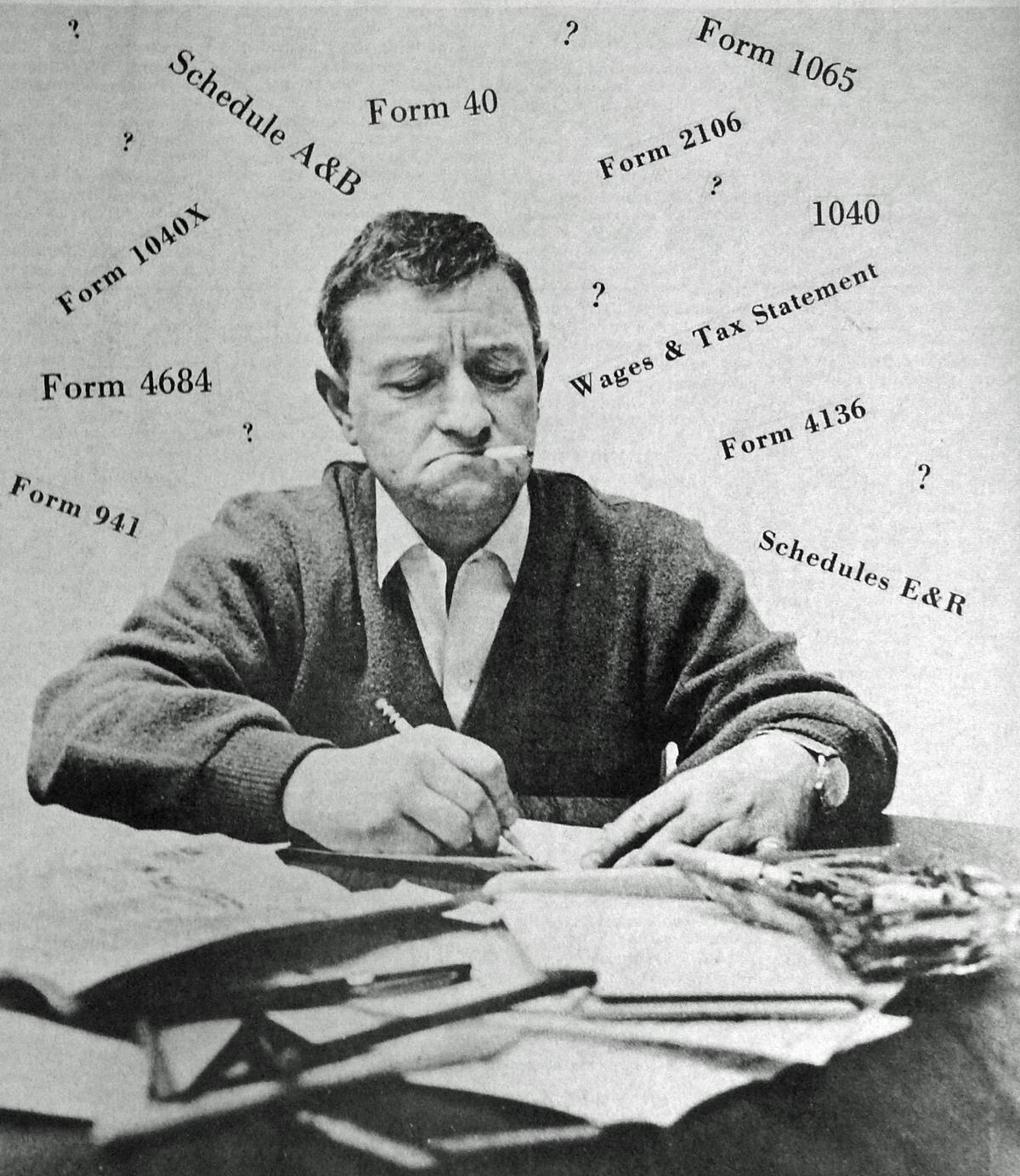 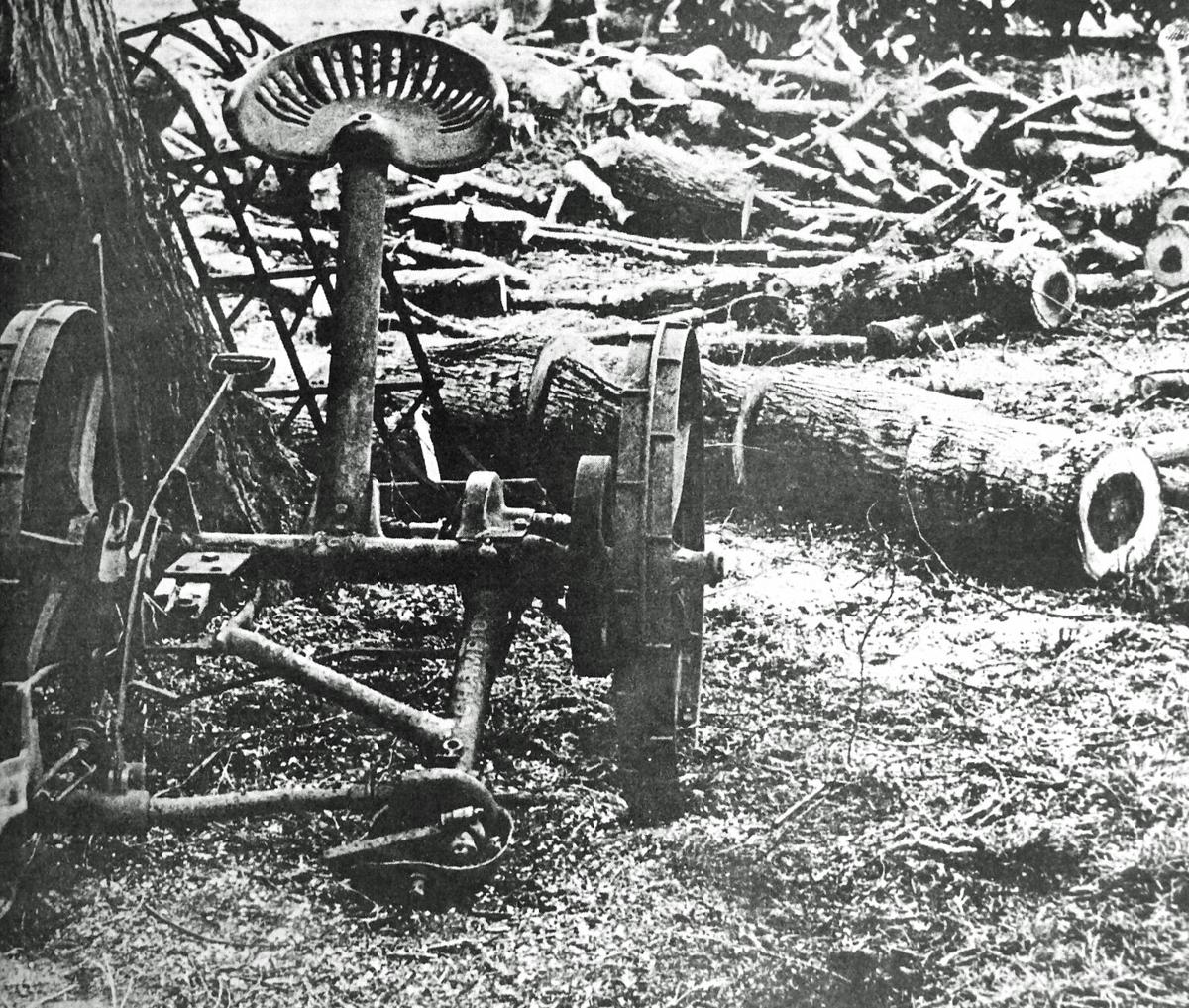 An antique piece of farm equipment, photographed in 1971 at the Flavel House Museum. 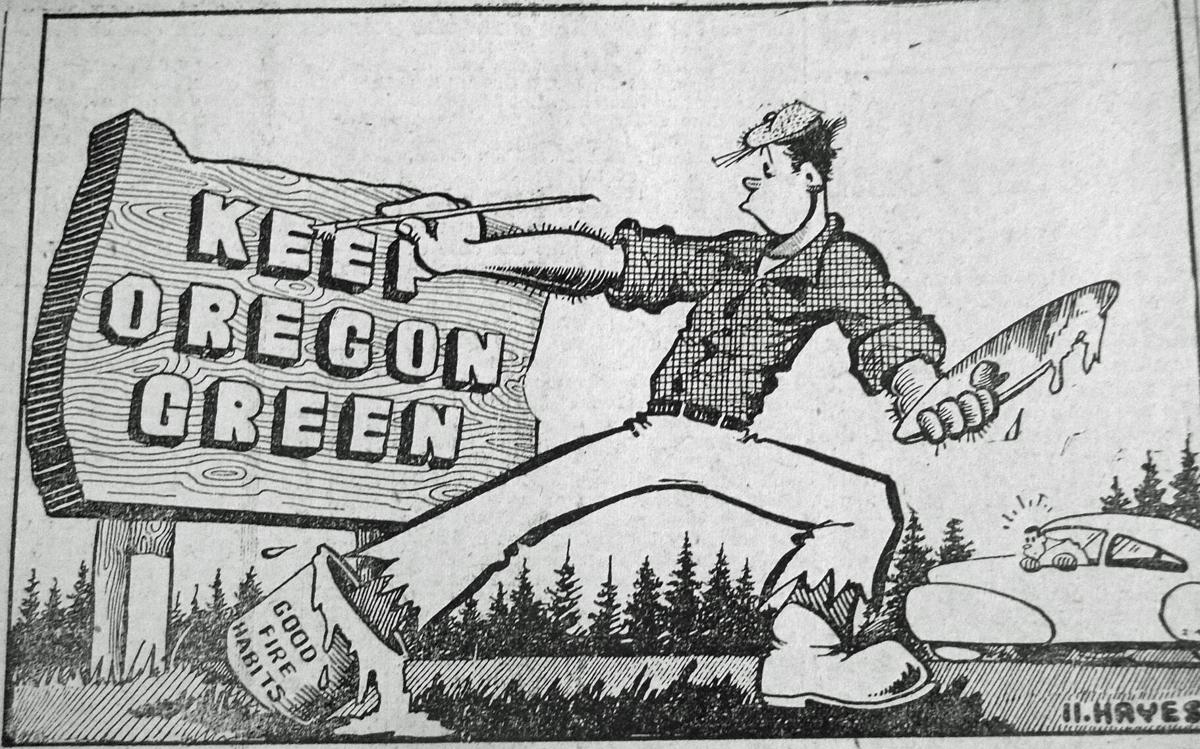 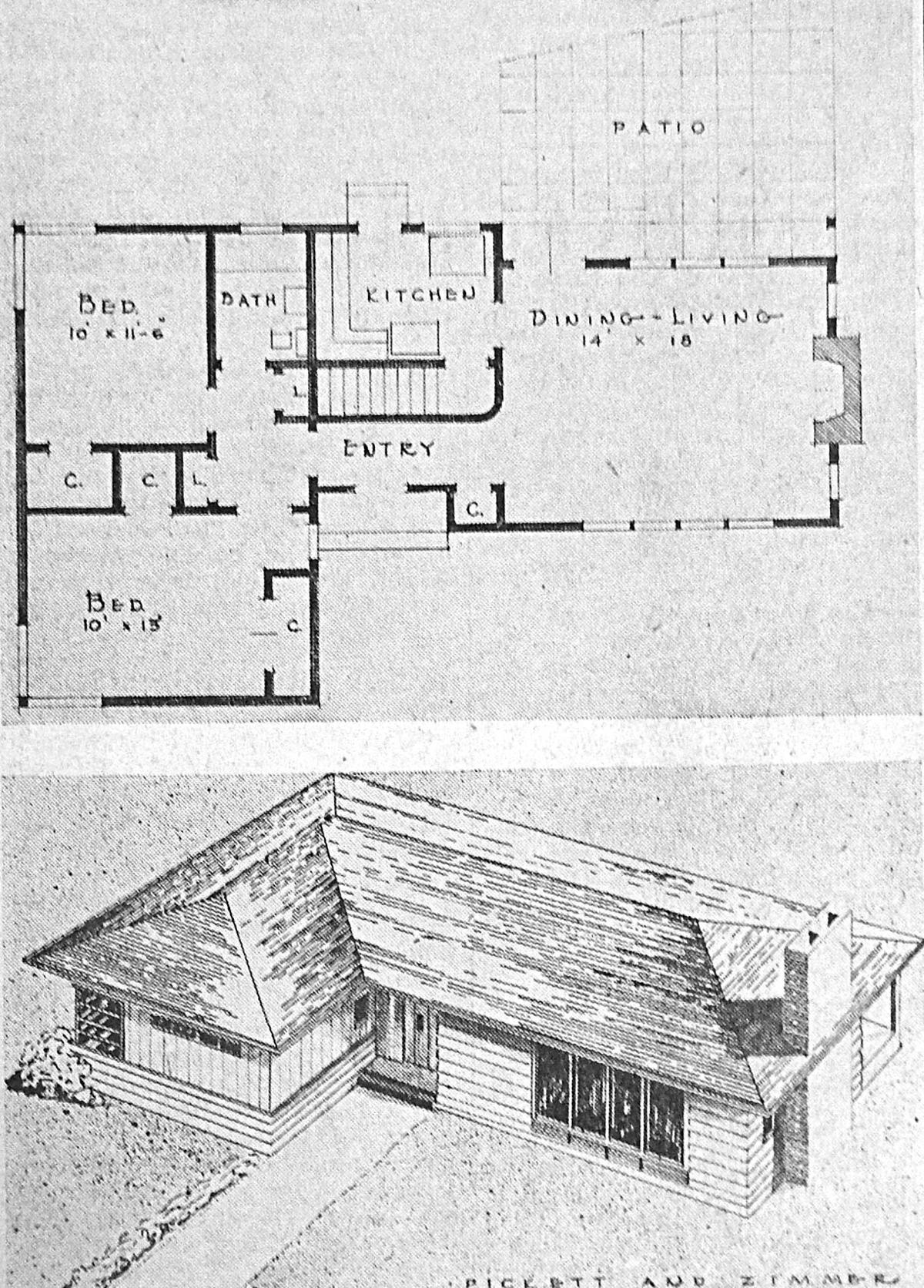 Exterior view and floor plans for one of the several types of dwellings the Associated Property Owners of Portland hoped in 1946 to erect on a six-block tract in Tapiola Park.

Rex Ziak speaks at the Liberty Theatre in 2011 about the early life and rise of John Jacob Astor. He became one of the richest men in the world through fur trading and real estate.

An antique piece of farm equipment, photographed in 1971 at the Flavel House Museum.

Exterior view and floor plans for one of the several types of dwellings the Associated Property Owners of Portland hoped in 1946 to erect on a six-block tract in Tapiola Park.

CANNON BEACH — With the return of the puffins to Haystack Rock, it must be time to celebrate Earth Day.

And celebrate they do, where one day morphs into 12 days of Earth Day, each with its own special event.

“Every day is Earth Day, but for me the real Earth Day (April 22) is its ‘birthday,’” said Barbara Knop, a member of the local Earth Day committee.

The 12 days begin at 1 p.m. Wednesday when students from Fire Mountain School in Nehalem will welcome the tufted puffins back to Haystack Rock.

The stocky black birds are particularly popular because of their large red-orange and yellow beaks, orange webbed feet and long feathered plumes curling over the back of their heads and necks.

When Julie Thomas first came to the mouth of the Columbia River a couple of years ago to talk buoys with a group of mariners, it didn’t take long for the bar pilots, fishermen, the U.S. Coast Guard and other river users to explain how she could help them.

There was just one wave and weather buoy outside the bar, and it often quit functioning after the winter’s early storms ran through, they told Thomas, program manager of the Coastal Data Information Program at the Scripps Institute of Oceanography in San Diego.

“There were no observations for waves in the area for long periods of time,” she said.

A small waverunner buoy could be more durable, Thomas told them, and could still provide live data about conditions on the bar. And two of them — one near the bar and another farther offshore to gauge incoming waves — would be even better. She could help them make that happen.

Now, the two buoy system is in place.

SEASIDE — An emergency route out of Seaside is needed if a tsunami slams against the east hills. That emergency route could be the bypass some residents have been requesting for years.

But before any bypass can be build, numerous roadblocks would have to be removed, several speakers, including state Sen. Betsy Johnson, D-Scappoose, and Clatsop County Manager Duane Cole, told the Seaside City Council Monday night.

The discussion focused on the city’s proposed transportation system plan, which calls for improvements to U.S. Highway 101 and surrounding arterials for the next 20 years.

When Astoria was founded, it was on a hastily-chosen site.

The John Jacob Astor fur trading expedition arrived in the Columbia River on March 23, 1811, and landed on the north shore. Parties were dispatched by boat to explore both shores to pick a suitable location for a settlement.

The search was still going on, but Capt. Jonathan Thorn, the martinet master of the ship Tonquin, which carried the expedition from New York, was in a hurry to go on a fur trading adventure of his own.

So Duncan McDougall, head of the shore party, who had conducted the explorations along the south bank, decided on a spot called Point George, a low promontory projecting into the river and covering a small bay.

On April 12 the ship’s longboat landed a dozen men with tools at the bottom of the small bay and clearing work began.

Two accounts of the event have survived, both written long afterward. They are the journals of Gabriel Franchère and Alexander Ross, clerks with the expedition.

Astoria High School’s Flying Fishermen track team did everything but light the candles on coach Carl Dominey’s birthday cake at the high school oval Thursday afternoon. They are saving the lighting ceremony for Monday — Dominey’s birthday and the day of the big event taking place at Tillamook.

Though there wasn’t actually a cake at the field Thursday, there was a jubilant celebration. The Flying Fishermen accomplished something no other Astoria High School track and field team had in several years: they won their second Coast-Valley League meet. It was a squeaker for the varsity team until they swept the 880, the 11th event on the 16-event program, then clinched the evening’s affair by winning the mile relay.

Gov. Tom McCall says a strong possibility exists that federal funds will pay for a full-time planner to coordinate the Columbia River estuary study and planning.

In a letter to Dr. Noel Rawls, chairman of the American Metal Climax Citizen’s Advisory Committee, the governor said he’s instructed his staff to proceed with the federal grant, designate the person to lead the estuary study and coordinate “the information now available and efforts henceforth, and getting the study underway.”

Yellowstone National Park is one of the nation’s best known and most popular vacation area. In season, it is thronged with hundreds of thousands of visitors.

So where does the head man of this park go when he wants a vacation? He comes to the Oregon Coast, specifically, Clatsop County.

“We have been coming here for the past eight years, in April,” said Jack K. Anderson, the park’s superintendent.

Anderson said he and his wife stopped here overnight on a Pacific Northwest tour eight years ago.

“We were treated well and liked the country and the climate, so we have been coming back each spring,” he said. “We enjoy golf and hike the country. If we ever retire, we will probably come here to stay.”

Announcement of plans for construction of 80 residences in a portion of Tapiola Park and a 100-unit motel and apartment project near downtown Astoria was made today by R.P. Pickett, managing director of Associated Property Owners in Portland.

How to plan a house for easy family living but hard family wear will be discussed at Homemakers’ Day, announced Jean Starker, emergency assistant.

Lois Lutz, extension specialist of home management of Oregon State College, will speak on the subject, “Better Houses for Better Living.” Her talk will point to the importance of carefully planning a home that meets family needs.

SEATTLE — Don Clark, director of the Washington state game department, today protested in letters to the state’s congressional delegation that construction of the Umatilla dam in the Columbia River threatens to wipe out three quarters of fish in the watershed.

“The entire state of Washington is becoming seriously alarmed over probable effects of the proposed dams. We have lost practically the entire upper Columbia River above the mouth of the Snake,” he said. “Surely, the fishing industry and sport fishery of the Columbia River warrants a section of the watershed.”

The highest river stages in several years will be reached by this spring’s freshets in Pacific Northwest streams, according to the Columbia River basin water forecast committee. The committee just completed its ninth annual meeting.

Except for a few streams, Pacific Northwest rivers will send above-normal flows of melting snow into the Columbia, the committee predicted.

“It is my considered opinion that the construction of McNary Dam should be delayed as long as possible and that since the primary justification for the construction of this dam is for the production of power, that every possible source of power should be investigated before McNary Dam is built,” said J.T. Barnaby, who is in charge of the north Pacific fishery investigations of the U.S. Fish and Wildlife Service.

The Astoria Marine Construction Co. has designed and is preparing to build stock model gillnet boats whose hulls can also be used for stock model sport fishing cruisers. These small sport crafts will have a cabin with galley accommodations and will bunk two people.

The brand-new Chris-Craft cruiser, the Sans Souci, arrived in the local harbor from Portland.

The new boat is the first of its kind to enter the Columbia River since the start of the war. It is 26 feet long, powered with a 95-horse power engine and has a cruising speed of about 20 knots an hour. It accommodates 10 people with sleeping quarters for four.