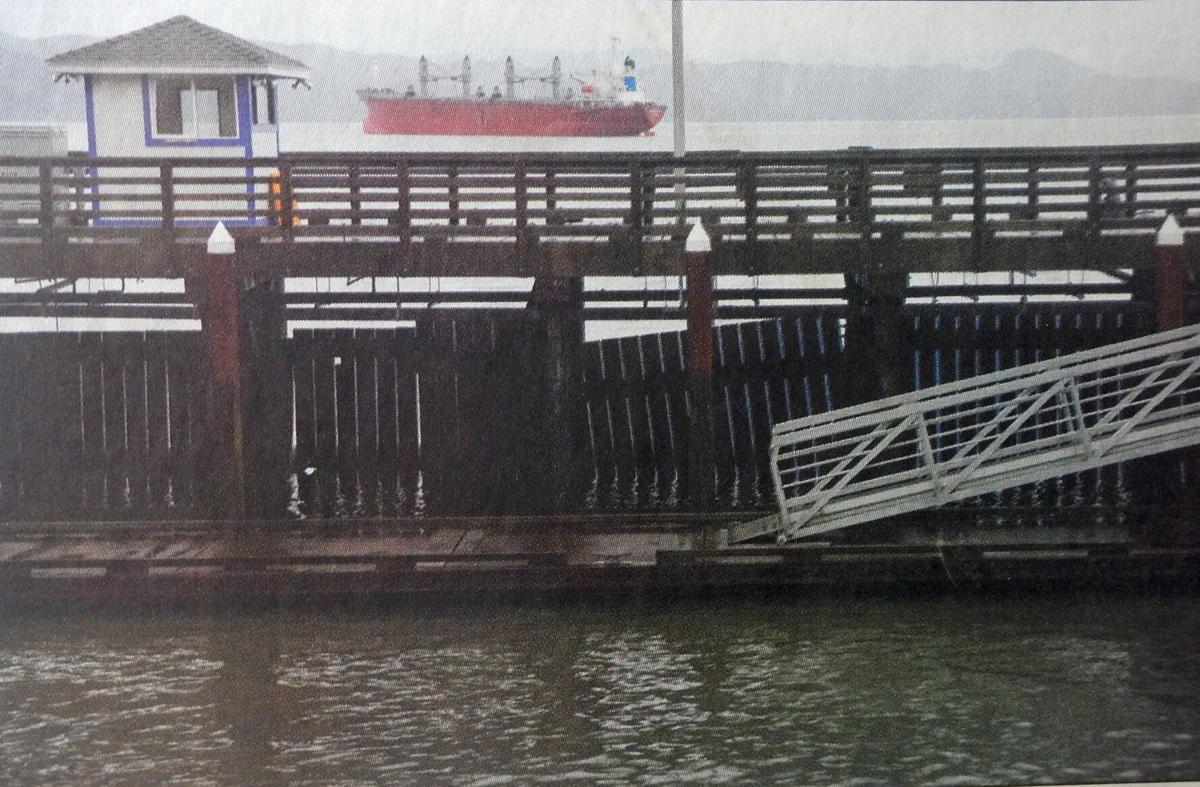 The 17th Street dock, where the U.S. Coast Guard cutters Steadfast and Alert regularly dock, required repairs in 2011 after years of deterioration. 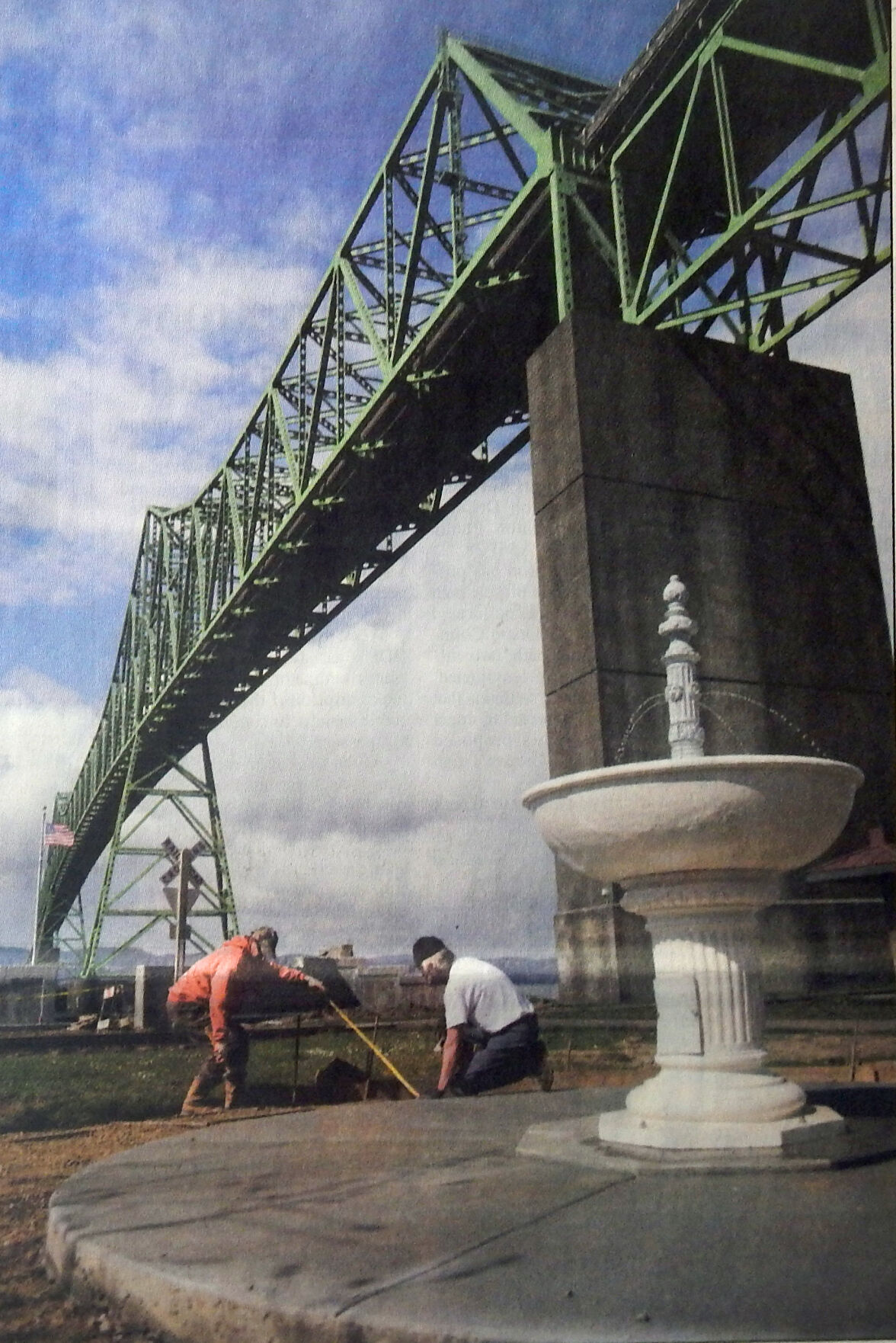 Water flows once again from the Shively Fountain at its new location in the Maritime Memorial Park in 2011. 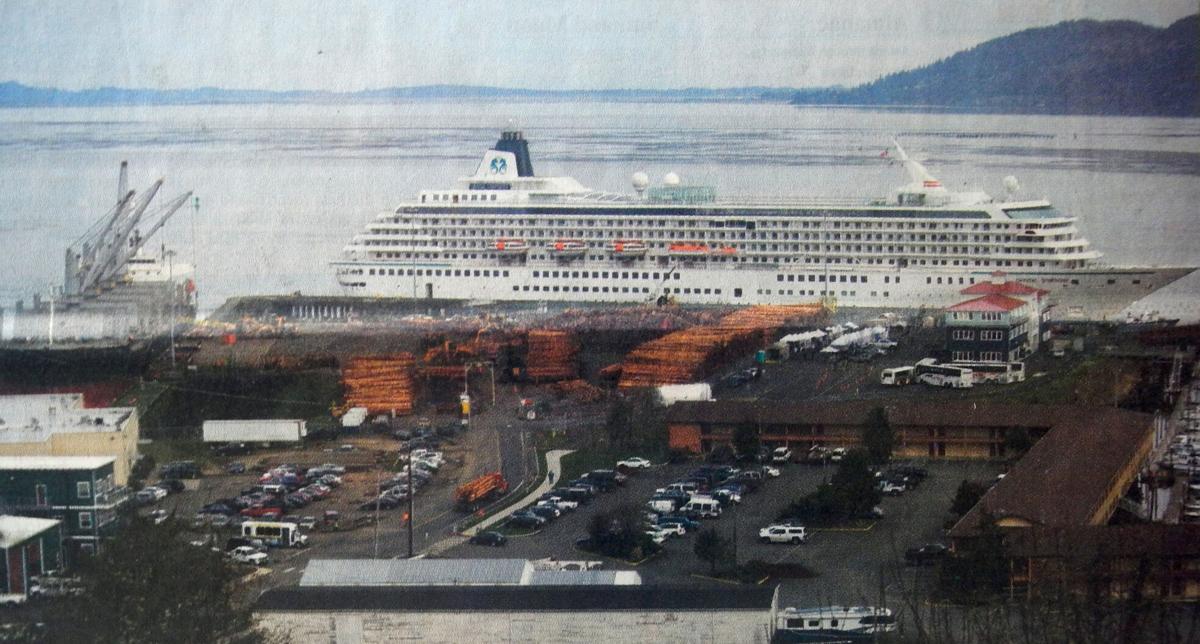 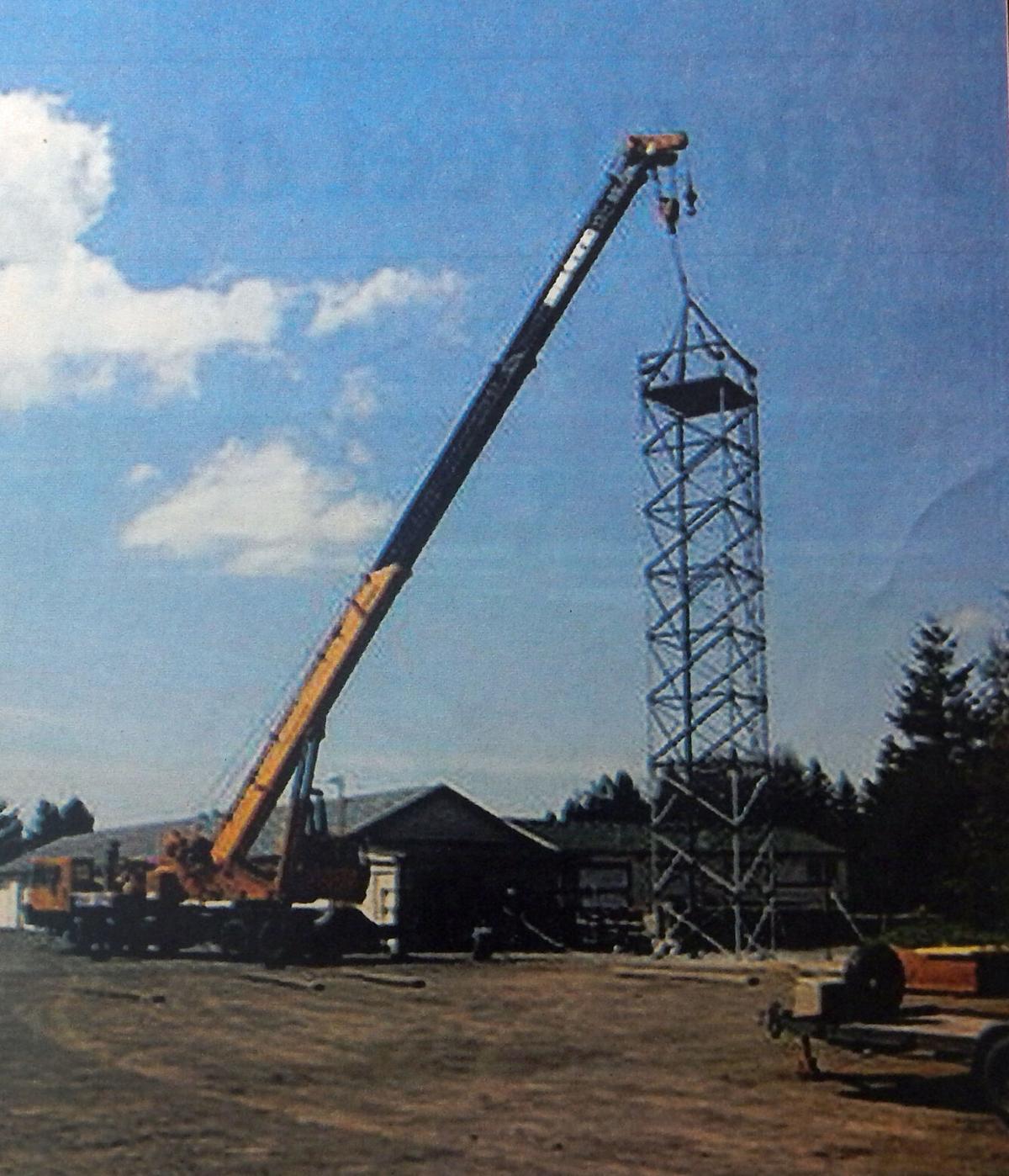 The Oregon Department of Forestry finished building a new hose drying tower in Astoria in 2011. 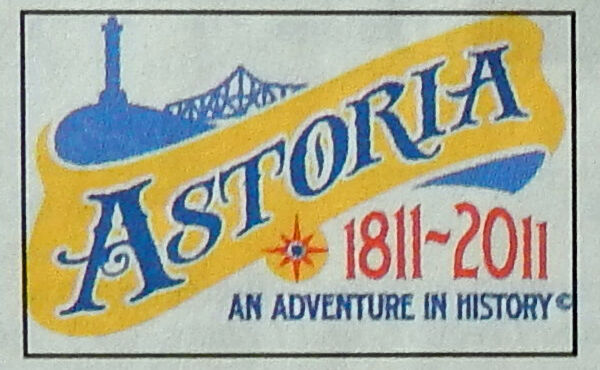 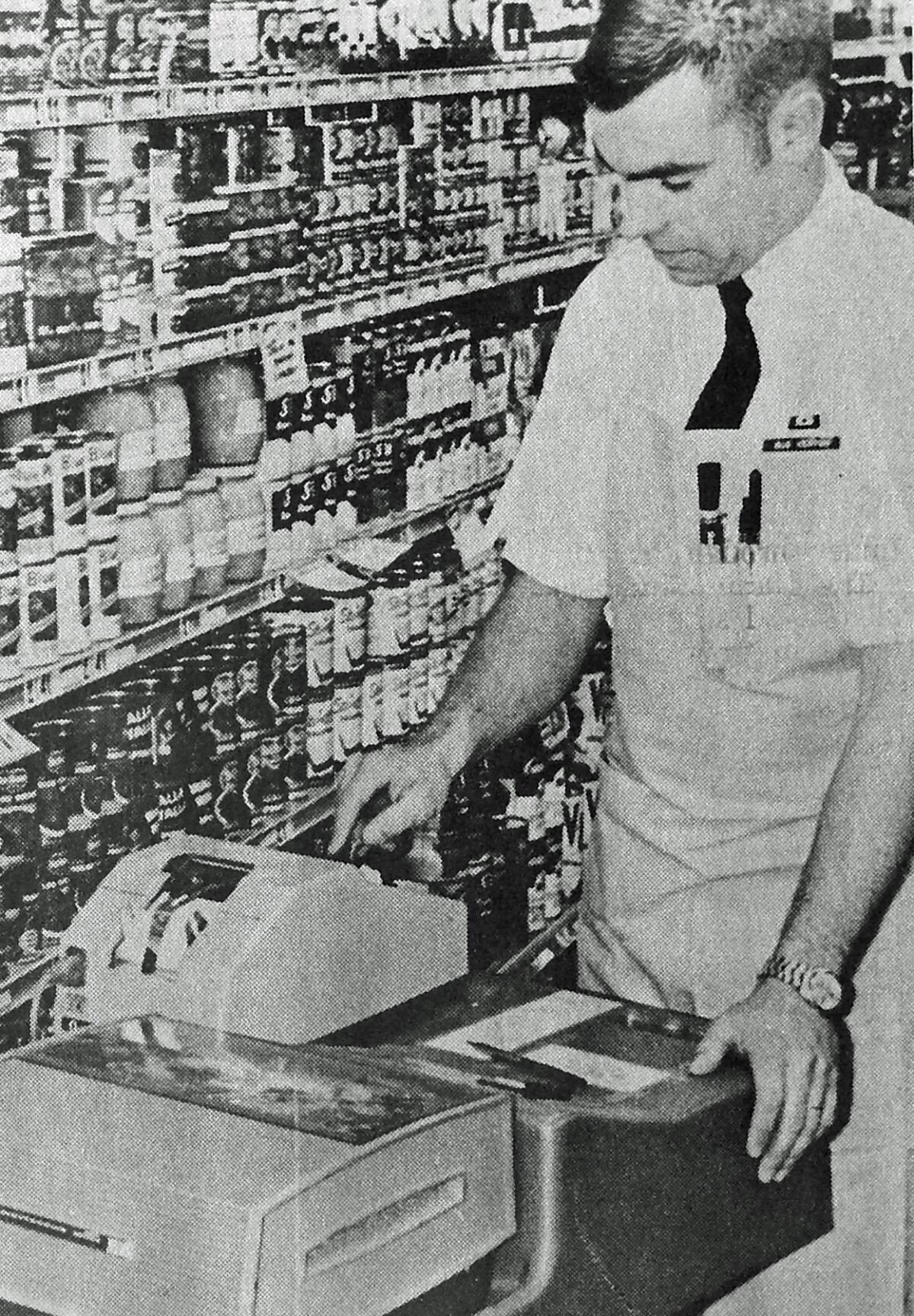 Bud Kenyon uses a computer at Seaside’s Public Market in 1971. 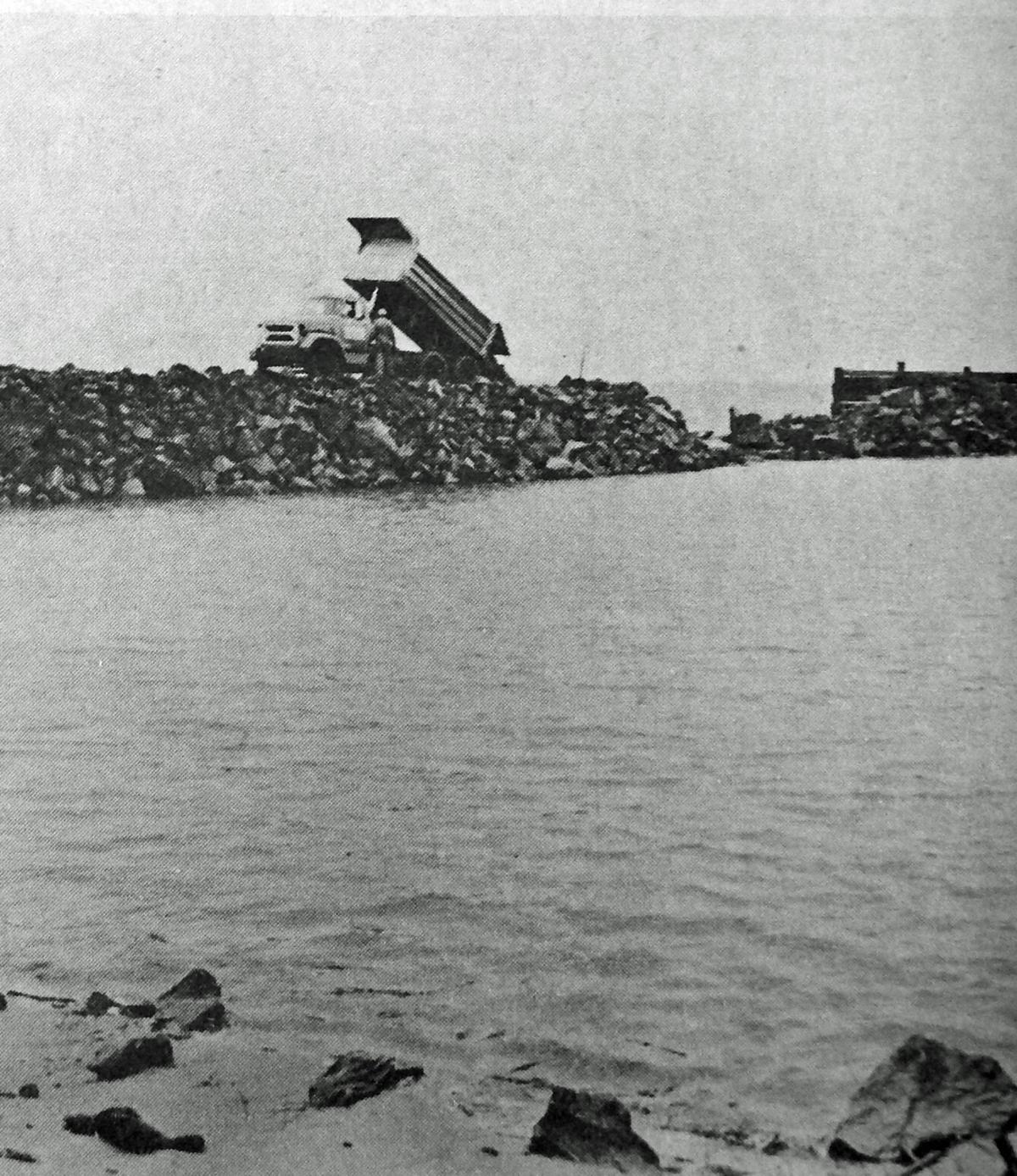 Rocks were dumped at the jetties in 1971. 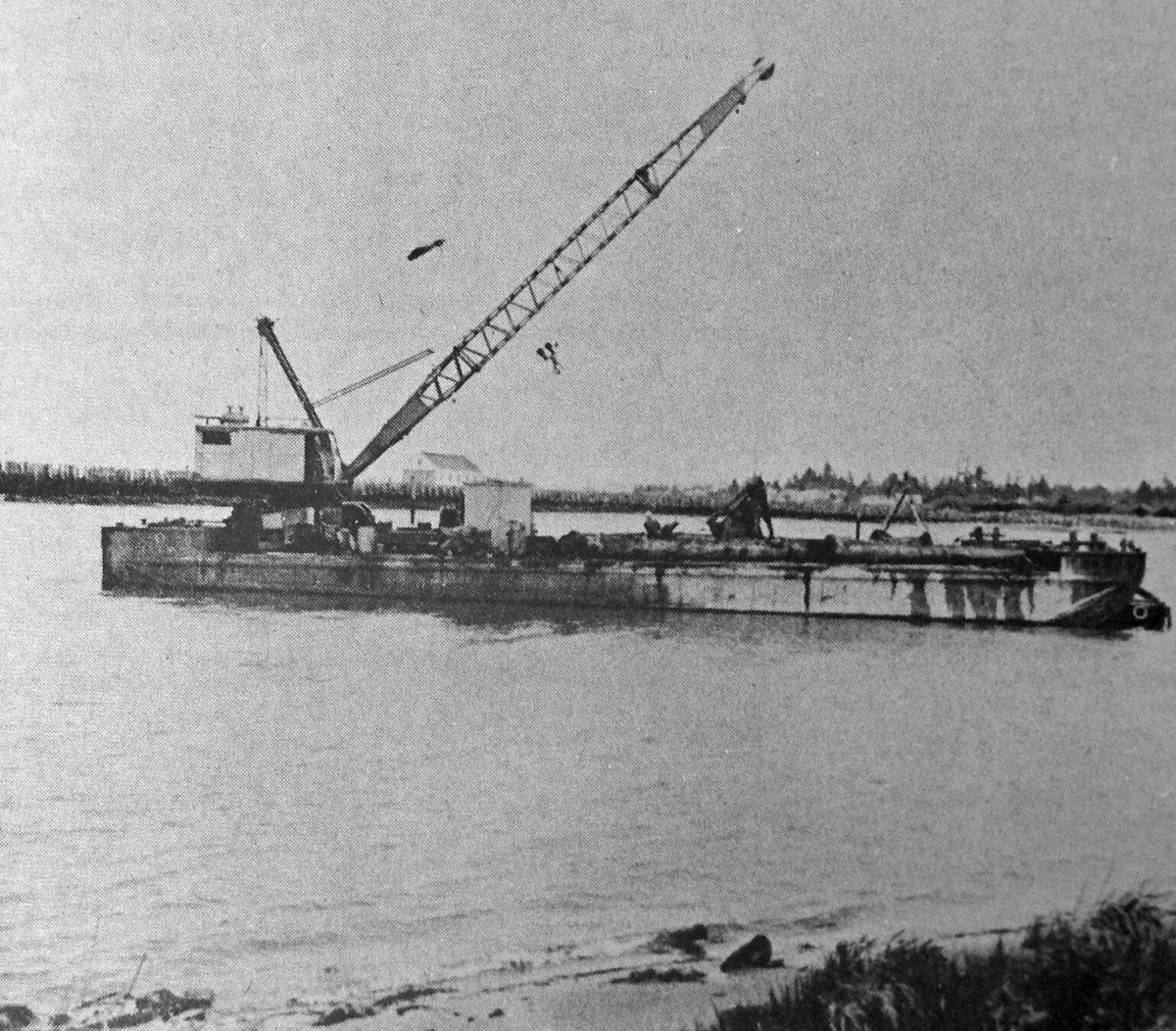 The 17th Street dock, where the U.S. Coast Guard cutters Steadfast and Alert regularly dock, required repairs in 2011 after years of deterioration.

Water flows once again from the Shively Fountain at its new location in the Maritime Memorial Park in 2011.

The Oregon Department of Forestry finished building a new hose drying tower in Astoria in 2011.

Bud Kenyon uses a computer at Seaside’s Public Market in 1971.

Rocks were dumped at the jetties in 1971.

Old and deteriorating is the best way to describe the 17th Street Dock, located near the Columbia River Maritime Museum in Astoria.

To prevent the expensive task of maintaining the wooden dock, owned by Astoria since 1966, the city has secured funding to replace it with a concrete and steel design.

That funding will come in the form of a $3.8 million grant from the Oregon Department of Transportation Connect Oregon III program.

The city’s $1 million match to the grant will save the city maintenance money in the long run.

Because of the wet and cold winter in Astoria, potholes are popping up everywhere on city streets.

But after Monday night’s City Council meeting those will soon be taken care of, thanks to the council accepting a bid of $20,000 from Bayview Transit Mix Inc. of Seaside for the work.

The Knappa School Board gave its blessing at a Monday night meeting for all of next year’s freshmen to use iPads in their classrooms, as the next step in the district’s “one-to-one” initiative.

The change in plan will save the district close to $23,000 next year, said Interim Superintendent Jim Carlile.

What if The New York Times covered your birthday party?

What if the NBC “Today Show” wanted to put your picture on the air?

What if the first lady was considering a trip your way?

More than just Astorians are taking note of the big celebrations this year.

The New York Times, The Seattle Times, KING 5’s “Evening Magazine” and NBC’s “Today Show” have all featured Astoria and the bicentennial celebration in the last few weeks.

“The Today Show aired a piece last Saturday and it was a story about real estate and the top five places to buy a charming historic home,” said Paulette McCoy, director of the bicentennial.

“Astoria made that list, but they mention the bicentennial and Astoria’s history. It was great to have a mention from them,” McCoy said.

That was not the first time Astoria received mention on the NBC morning program, however. McCoy said a few weeks ago, a cheerleader and ambassador for Astoria, Willow Bill, who has partial residence in both Astoria and New York, held up a sign at the show, standing right behind host Meredith Vieira.

Bill has also placed hundreds of postcards for the bicentennial throughout the Astoria neighborhood in Queens, New York.

HAMMOND — Workers are expected to complete construction of a breakwater jetty at the northwest entrance to the Hammond boat basin early this week.

Some 10,000 tons of rock, a portion of it removed from an old breakwater fill, are being put in place by W&W Logging Co. trucks and heavy equipment. Basin dredging work was done by Coast Marine Construction.

The council considered possible conditions to attach to a conditional use permit for the development on the Grace Haven property in Tolovana Park, a residential zone.

Fire Chief Bruce Haskell said a serious water situation could result if the condominium hooked onto the present system. Brenner volunteered to undertake certain water system improvements if he could be repaid later.

SEASIDE — With most large grocery stores stocking hundreds of different items, it was inevitable that the computer would find a home between the food shelves. Seaside’s Public Market, owned by Gene Lowe, became the eighth retail store in Oregon to turn to the computer as a time saver when it recently installed a Digitronics ordering machine.

It is composed of a nine-digit adding machine which is wheeled down the store aisles; a magnetic tape onto which all numerals are automatically recorded; and a speaker through which the tape recorded “beeps” are transmitted to Portland via telephone. There, the beeps are transferred onto another tape and then fed through a computer, which produces special order forms for immediate processing.

Eliminated from the new system are the bulky 180-page order books with rows of posted foods and numerous check spaces. With an identifying numeral posted in front of every store item, employees using the ordering machine make fewer ordering mistakes and are able automatically to check themselves against the numerals transcribed on the machine’s visible tape.

School children and other volunteers took part in various Earth Day observances Thursday as streets were cleaned of litter in several places throughout Clatsop County.

Members of the Clatsop Environmental Council were stationed at a number of area grocery stores assisting buyers in discarding excess packaging on purchased items. The council also had petitions available regarding pollution.

Veterans and other prospective home builders in Astoria are warded against the danger of “jerry-built” houses that fail to meet minimum standards in a statement issued today by Fire Chief Wayne Osterby.

Osterby, who also serves as building inspector, warned that many people, seeking to circumvent high building costs, are planning houses that will “neglect one of the most important considerations of all — fire safety. Make fire safety the cornerstone of your new home and choose the local architect and builder who agree with your requirement that common sense fire safety as well as livability be considered in the planning of your new home,” Osterby said.

The Astoria Chamber of Commerce is marshalling evidence and arguments in favor of allowing the U.S. Maritime Commission to establish a temporary moorage for 350 reserve merchant ships in Prairie Channel and expects to present a strong case before Capt. Albert Martinson of the U.S. Coast Guard at a hearing on the matter in Clatsop County Circuit Court.

The chamber is fighting for the temporary moorage in the expectation that it will result in establishment of a permanent moorage for 500 to 1,000 ships in Youngs Bay, bringing a payroll of around 1,000 people to Astoria on a permanent basis.

The Columbia River Fishermen’s Protective Union adopted a motion at a special meeting to oppose establishment of temporary moorage in Prairie Channel for anchoring surplus vessels of the U.S. Maritime Commission.

Fishermen opposed establishment of the temporary moorage for the following three reasons:

1. It would interfere with fishing of Prairie Channel drift by gillnetters who have cleared the fishing area and expended considerable sums of money in its maintenance as a fishing drift.

3. Anchorage of the vessels in the fishing drifts would result in debris being thrown overboard and cluttering the drift, which has been cleared at much expense to fishermen.

Figures recently tallied in the Clatsop County Cerk’s Office reveal that voting in the pending May 17 primary elections will be heavier than in the Jan. 11 special election but lower than in the last primary elections of May 1944. Republicans still top the breakdown of Clatsop registrants, listing 1,034 more members than the Democrats.

The U.S. cruiser Astoria, veteran of the war against Japan, will make her first appearance in the Columbia River soon. The U.S. Navy is sending the cruiser to Portland for the annual Rose Festival, according to Jesse Gard, festival head. Gard took the matter up with U.S. Sen. Wayne Morse, an Oregon Republican.

Efforts will be made locally to have the cruiser, which bears the name of this city, arrive in the river a day before the Rose Festival and remain overnight.

The cruiser is the second Navy cruiser to bear the Astoria name. The first was built at the Bremerton, Washington, Navy yards and was launched in the early 1930s. She sank early in the war near Guadalcanal along with the U.S. cruiser Quincy, Vincennes and the Australian cruiser Canberra.