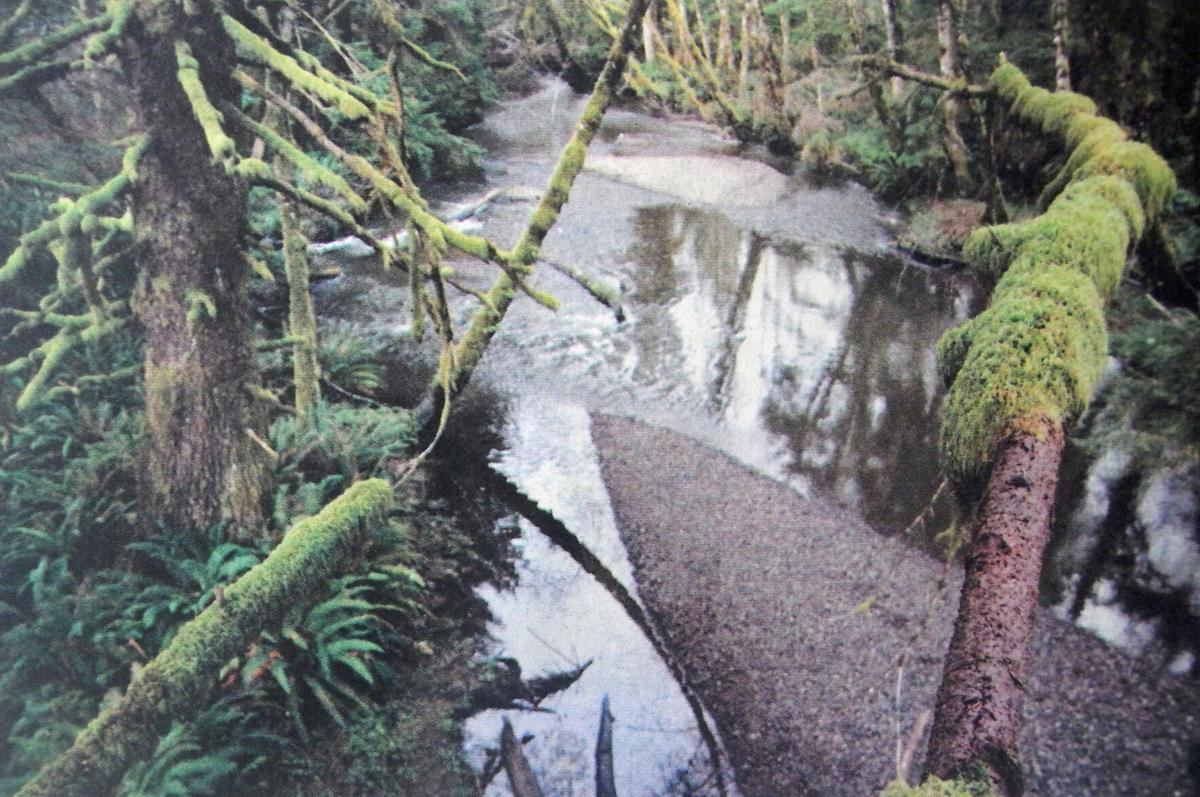 Ecola Creek flows through the lush forest of the Ecola tract toward Cannon Beach in 2011. 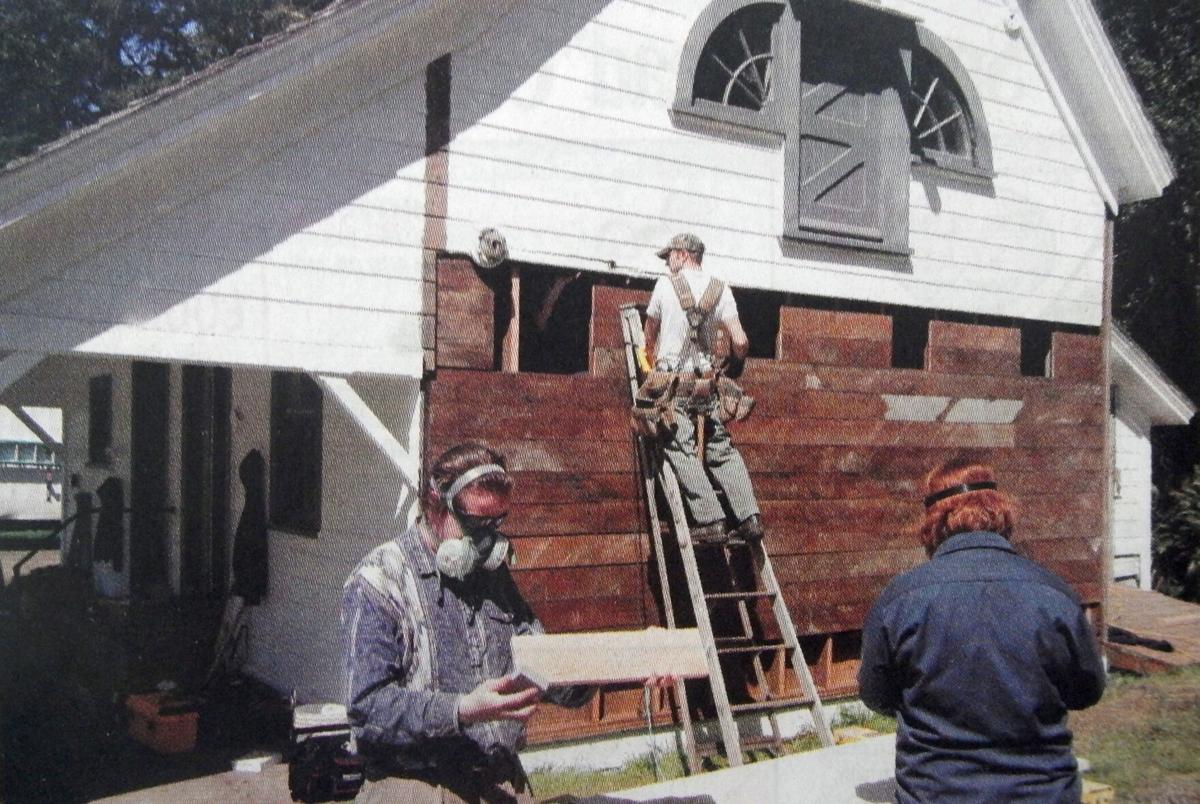 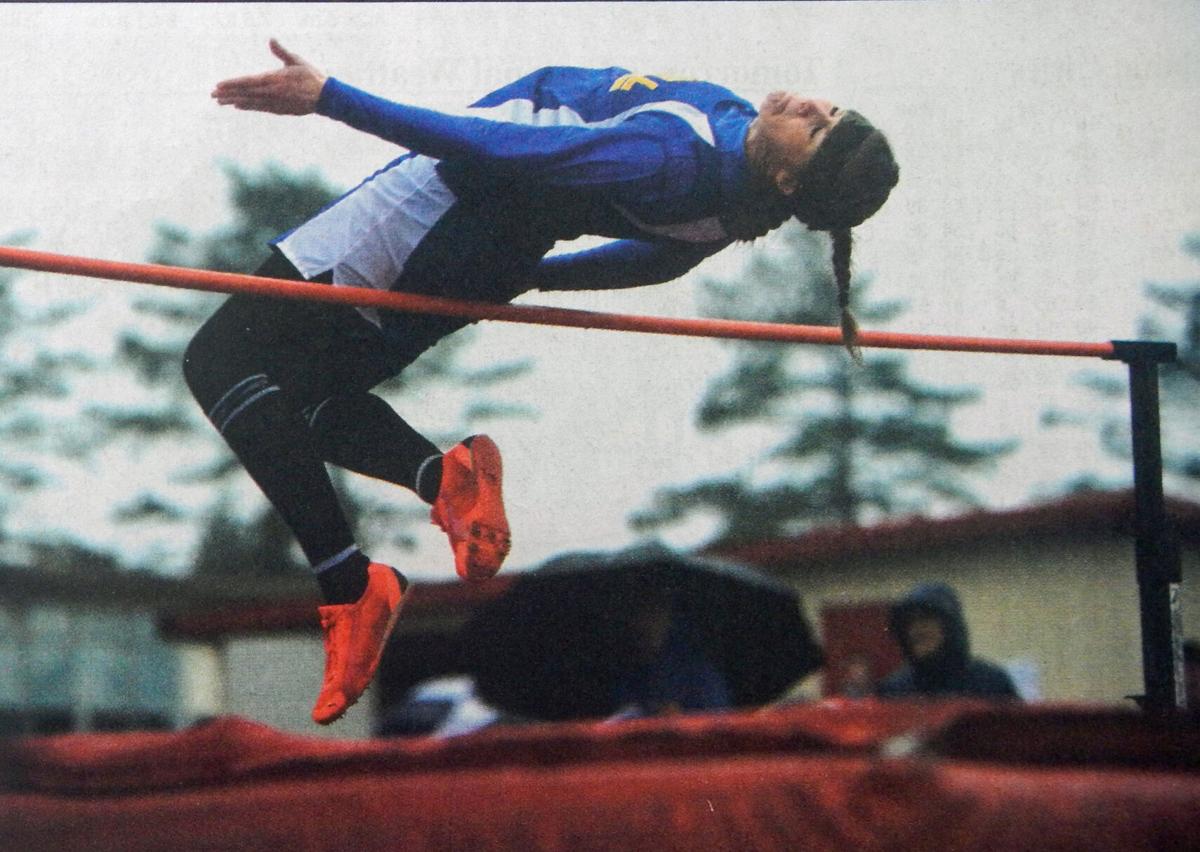 Jewell high jumper Randi Harhart makes a 5-foot clearance attempt, arching her back above the bar in 2011.

The formation of a cross made of daffodils in 1971 at the Pioneer Presbyterian Church. 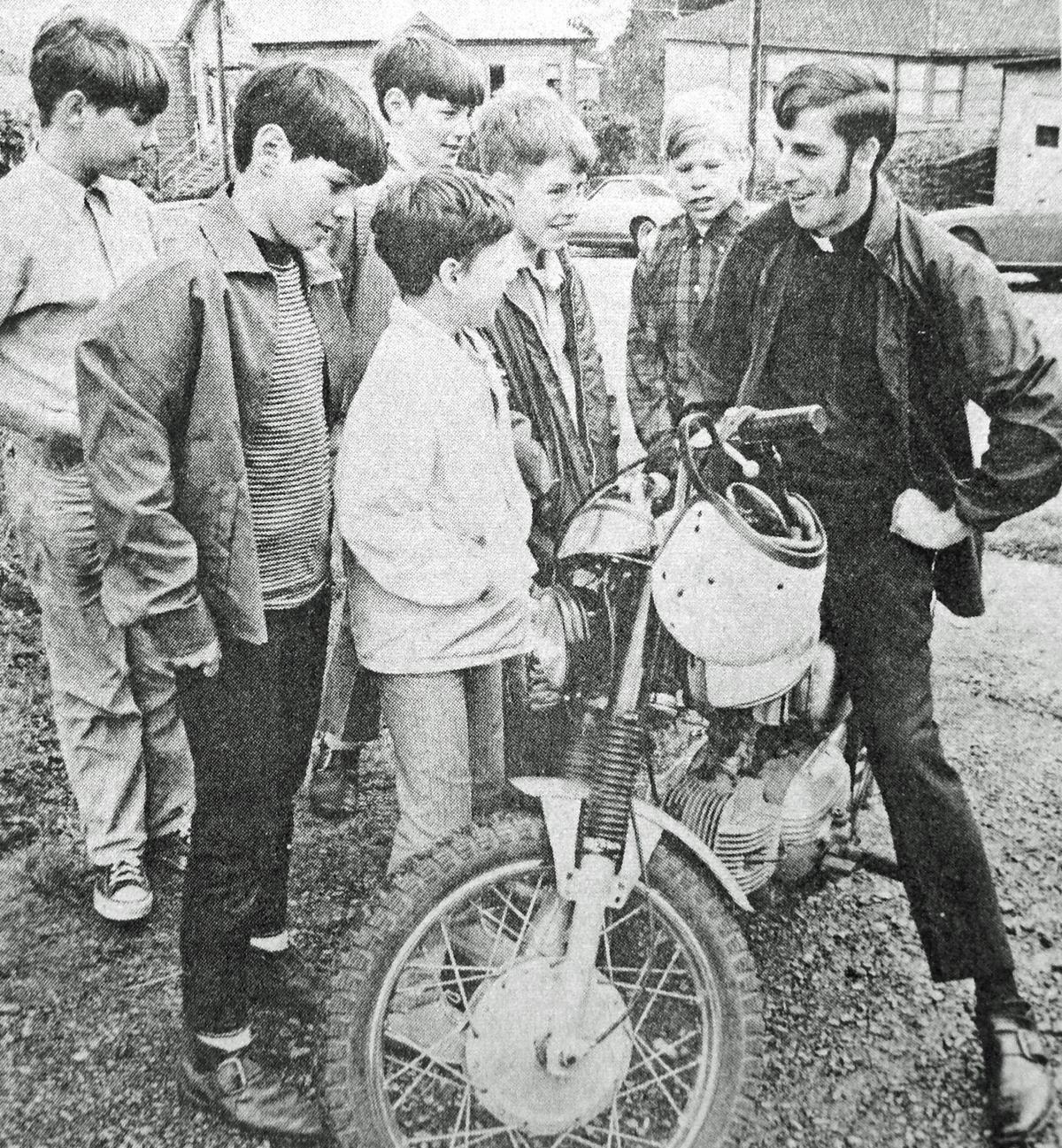 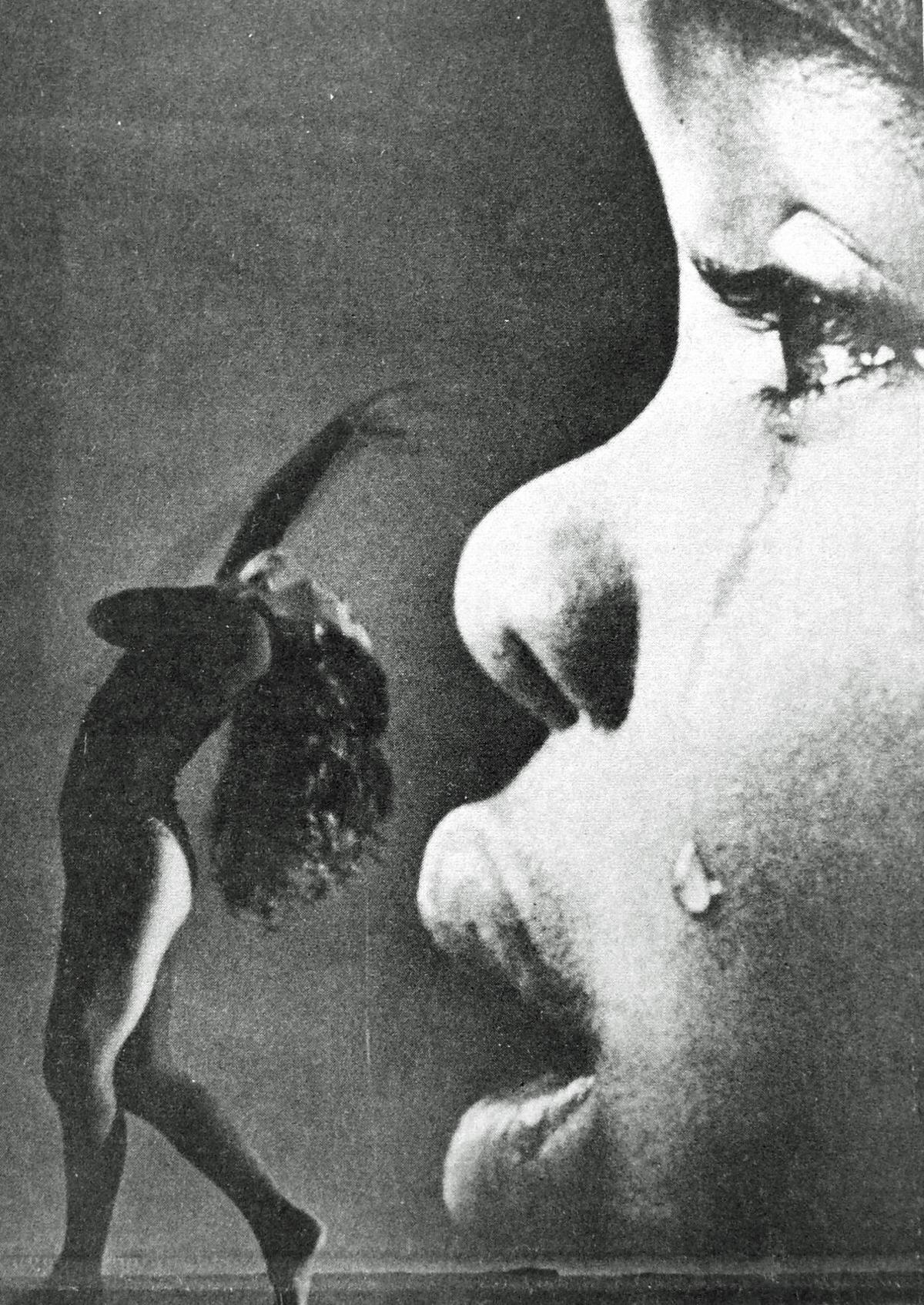 Choreography and photography coupled with the recorded score from ‘Jesus Christ Superstar’ was used in 1971 by a group of Astoria residents. 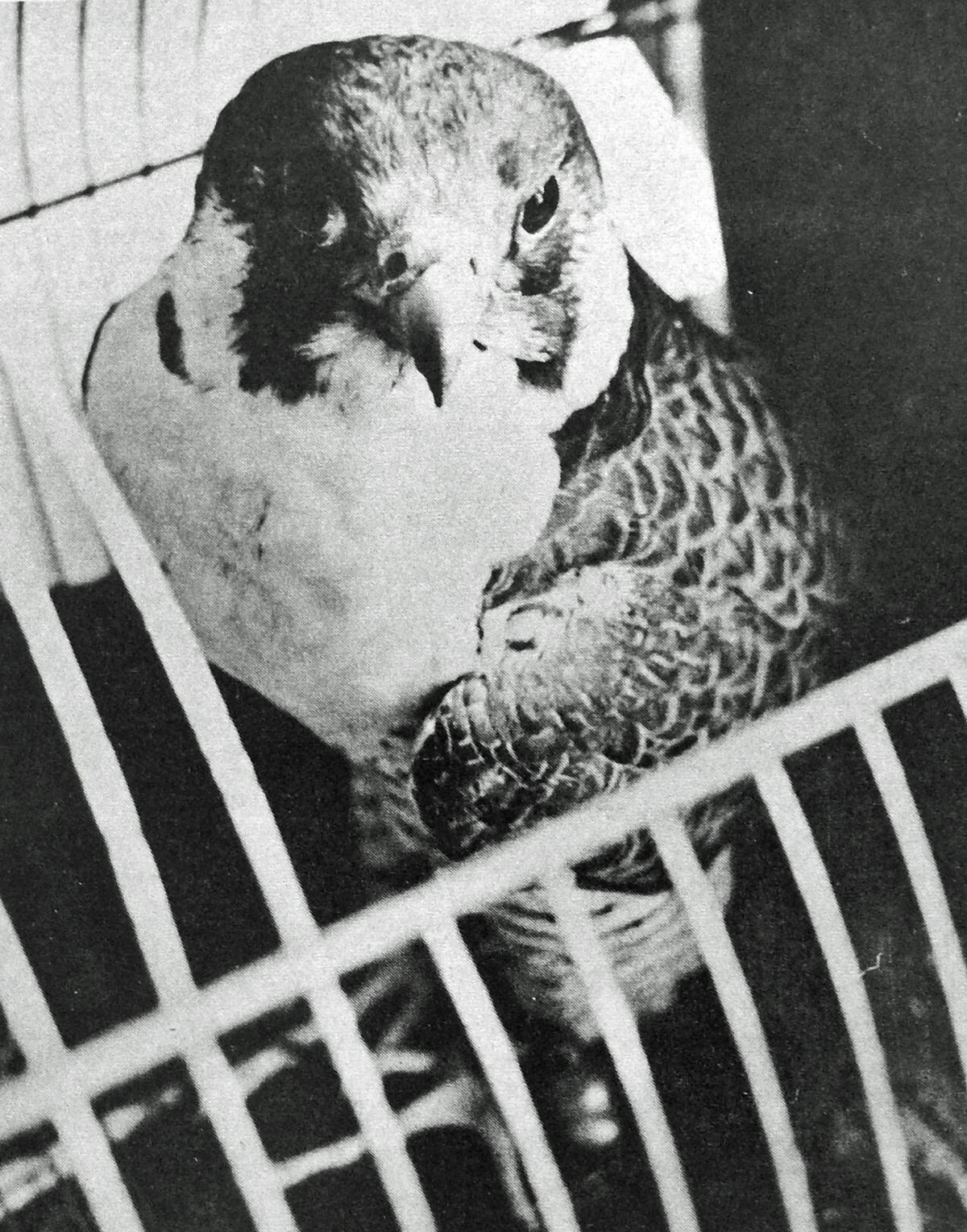 A falcon was found in the vicinity of the Port of Astoria docks in 1971.

Ecola Creek flows through the lush forest of the Ecola tract toward Cannon Beach in 2011.

Jewell high jumper Randi Harhart makes a 5-foot clearance attempt, arching her back above the bar in 2011.

The formation of a cross made of daffodils in 1971 at the Pioneer Presbyterian Church.

Choreography and photography coupled with the recorded score from ‘Jesus Christ Superstar’ was used in 1971 by a group of Astoria residents.

A falcon was found in the vicinity of the Port of Astoria docks in 1971.

In the world of neurology, doctors dealing with stroke victims have a saying: “Time is brain.”

When a person has a stroke, the next minutes are crucial. Doctors and nurses need to work fast before the brain is damaged.

Doctors in rural counties like Clatsop County have experience in just about everything but may not feel confident in making certain calls during a medical emergency. It helps to have a specialist’s opinion in the emergency room.

Hospitals in the county don’t have resident neurologists or many specialists but they do have robots.

A mobile telemedicine unit provides two-way video and audio communication. It brings the eyes and ears of a specialist into emergency and exam rooms through what is, at its bare bones, a video conference-type of unit.

SEASIDE — There are two parts in every track and field season on the North Coast — the rainy season and districts.

The rainy season hit a new low — or high, depending on how you view the season.

The Seagulls of Seaside were hosting the annual Daily Astorian Invitational.

“This is the wettest meet I’ve ever seen at Seaside,” said Seaside coach Jeff Kilday. “And I’ve been coaching middle school and high school here for 15 years.”

So — just for fun — Kilday decided to make a little competition out of it.

“Astoria had such a wet Daily Astorian meet last year, I wanted to beat them, and I think we did,” he said.

CANNON BEACH — When they thought about the future of the forest east of the picturesque and environmentally sensitive Cannon Beach, city officials didn’t want to leave the job of managing it to another agency.

So they devised an intricate plan involving the purchase of eight parcels of privately-owned timberland to trade with the Oregon Department of Forestry in exchange for 805 acres of state-owned land in the Ecola Creek Watershed.

A $4 million bond measure, narrowly approved by Cannon Beach voters, would pay for the private land.

All the planning paid off. Last September, the state Board of Forestry approved a land exchange that resulted in Cannon Beach’s ownership of what is known as the Ecola Creek Forest Reserve.

The forest reserve connects to 220 acres of the Ecola Creek Watershed already in city ownership. Cannon Beach Mayor Mike Morgan said that the combined 1,025 acres is nearly as large as the 1,300-acre Ecola State Park north of Cannon Beach.

The executive committee of Astoria’s downtown plan study committee settled on eight recommendations which will be submitted to the Astoria Downtown Committee before going to the Astoria Planning Commission and Astoria City Council.

Although the priesthood is an all-the-time job, Father Wilfred Wyffels, assistant priest at St. Mary, Star of the Sea Catholic Church, doesn’t see his work as confined in the church building. Instead, he feels his calling is to the whole community — that means being out where people live work and play.

“People are persons,” he said. “Therefore, I don’t simply deal with people because they are Catholics or in order to sell Catholicism. I’m most interested in helping people develop as people.

“The priest must walk a tightrope, leaving himself open to criticism, for how can he know what people are living, thinking, saying and believing unless he is sharing in their common, everyday experiences.

“One who hibernates in his room with a prayer book and is not out communicating in every living situation cannot be effective in the world of today,” Wyffels said.

A U.S. Coast Guard helicopter crew rescued a young man from rocks off Indian Beach at Ecola State Park after receiving a report that the surf was breaking over the rocks and over him.

Dennis Manning, 20, of Portland, suffered only minor scratches from the ordeal. He had been surfing and became stranded on the rocks.

Johnson is claiming that the oceanfront hillside owned by developers should be public property on the basis of long-standing public use.

ILWACO, WASH. — Victor Estergreen, seaman first class, stationed at Tongue Point, fell 60 feet from the brow of North Head to the jagged rocks below, when he slipped while on a fishing trip on Saturday night. He was knocked unconscious and suffered severe injuries.

More than 100 years ago, a covered wagon arrived in Astoria, coming up from the south. His feet dangling over the buckboard, Orville Ewing, of Pritchett, Colorado, drove into town along Taylor Avenue and staked out for the night at 11th and Bond streets.

His wagon was propelled by an ox and a burro. Other animals in the party were goats and dogs. The sound of cackling coming from within suggested that there were chickens.

Ewing rode his wagon to the San Francisco fair and later shipped his outfit to Colorado from where he headed for the New York fair. From there he returned to Colorado, a state where the burro is ideally suited for traveling in the high altitudes.

If he remains long here, Ewing may pick up a few ducks to add to his wares.

Trees will still be the big factor in the economic life of Clatsop County in future generations if modern forestry practices are adopted, Frank Mackaness, agricultural agent for the Portland General Electric Co., told the Astoria Rotary. The great part of the land in the U.S. is adapted to nothing but the growing of tree crops and scientific research is necessary for future crops, he said.

CHINOOK, Wash. — The oldest motor vehicle in active service in the lower Columbia tonight will pass to a new owner in the school gym in Chinook at ceremonies directed by the Progressive Club of Chinook.

Proceeds from the disposal of the 32-year-old Ford fire truck will be used to purchase new fire fighting equipment and providing town lights in Chinook.

Years ago, the fire truck, which has the copper radiator and other claims to automotive antiquity, served as a fire truck in Raymond, Washington. Built in 1914, the truck has wooden wheels and small tires.

Boat operators for the Astoria Salmon Derby are exempted by law from the necessity of obtaining boat operators’ licenses, according to U.S. Coast Guard Adm. F. Zeusler.

However, the Coast Guard believes that “for the protection of the public and in an endeavor to prevent marine casualties, it is recommended that moral suasion be used in inducing operators to be licensed,” Zeusler said.

Despite the end of the war and an anticipated slacking off of postal traffic in this area, the post office in Astoria noted the first quarter of this year with a marked increase in all types of postal business over the first quarter of 1945, according to figures released today by Postmaster Pearl Euna Burke.