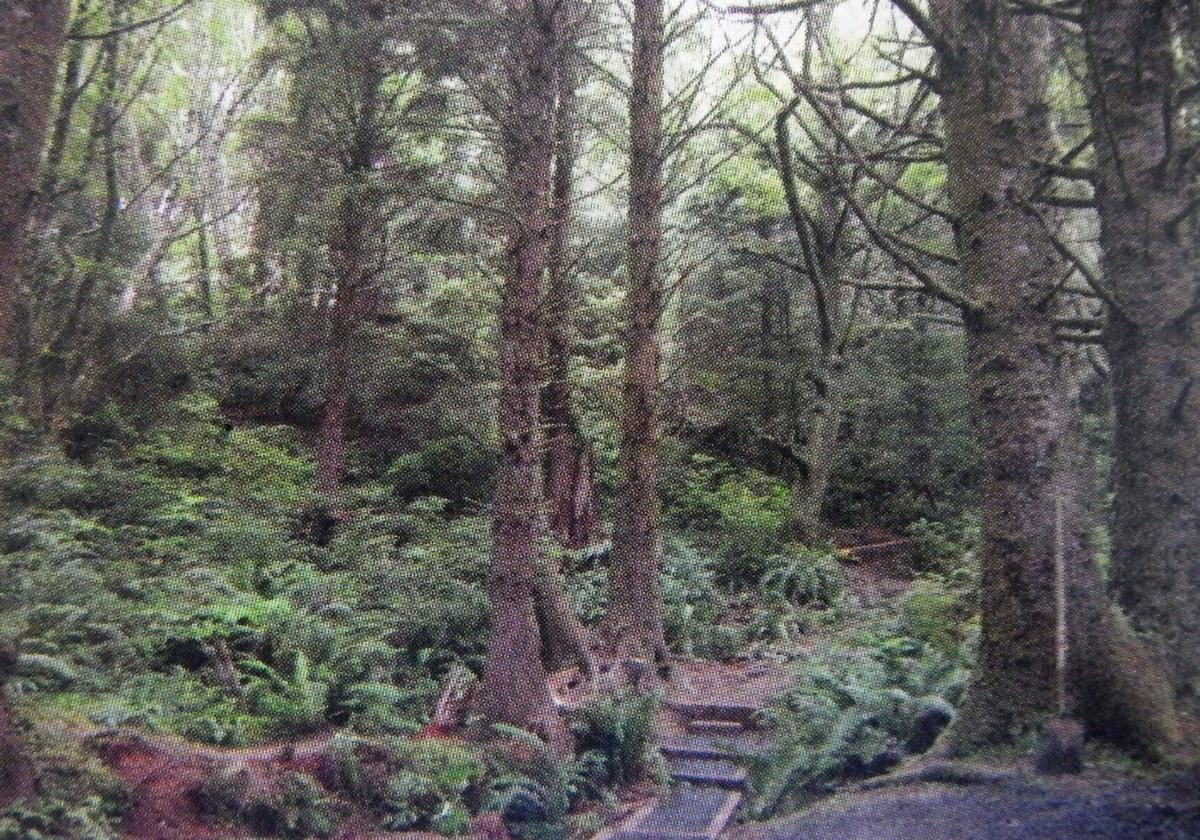 A crew with the Oregon Youth Employment Initiative repaired this stretch of trail in Ecola State Park in Cannon Beach in 2010. 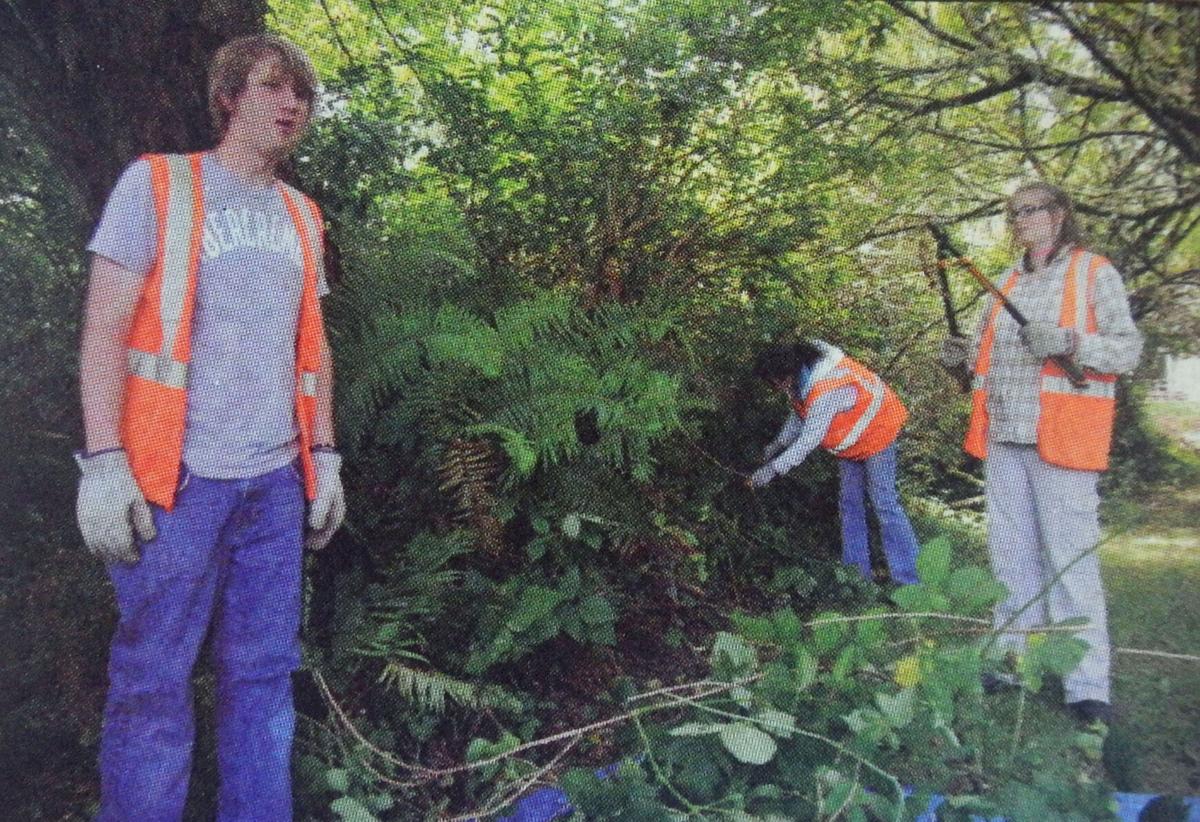 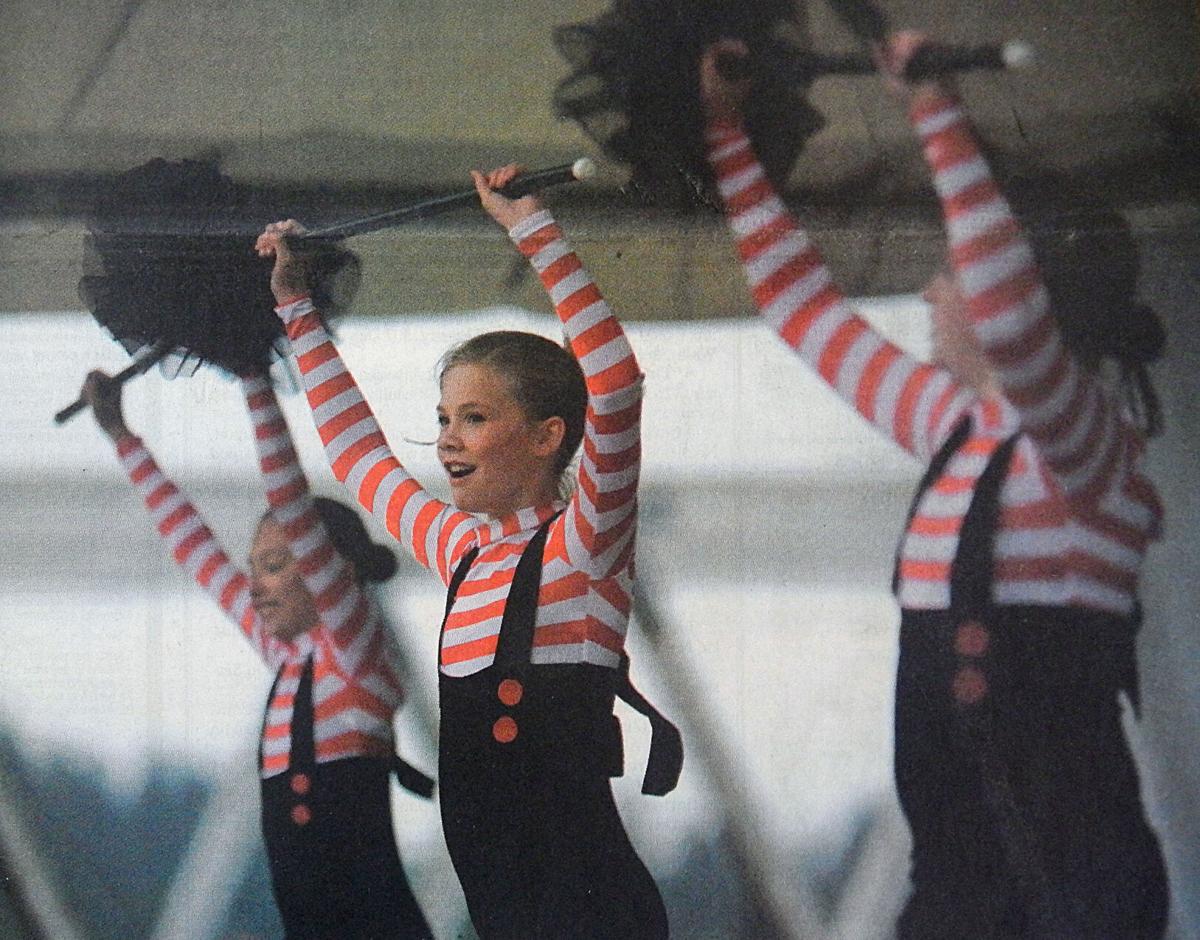 Ally Berger, middle, 11, raises her chimney brush overhead while performing ‘Chim Chim Cher-ee,’ with other members of the Maddox Dance Studio at the Clatsop County Fair in 2010. 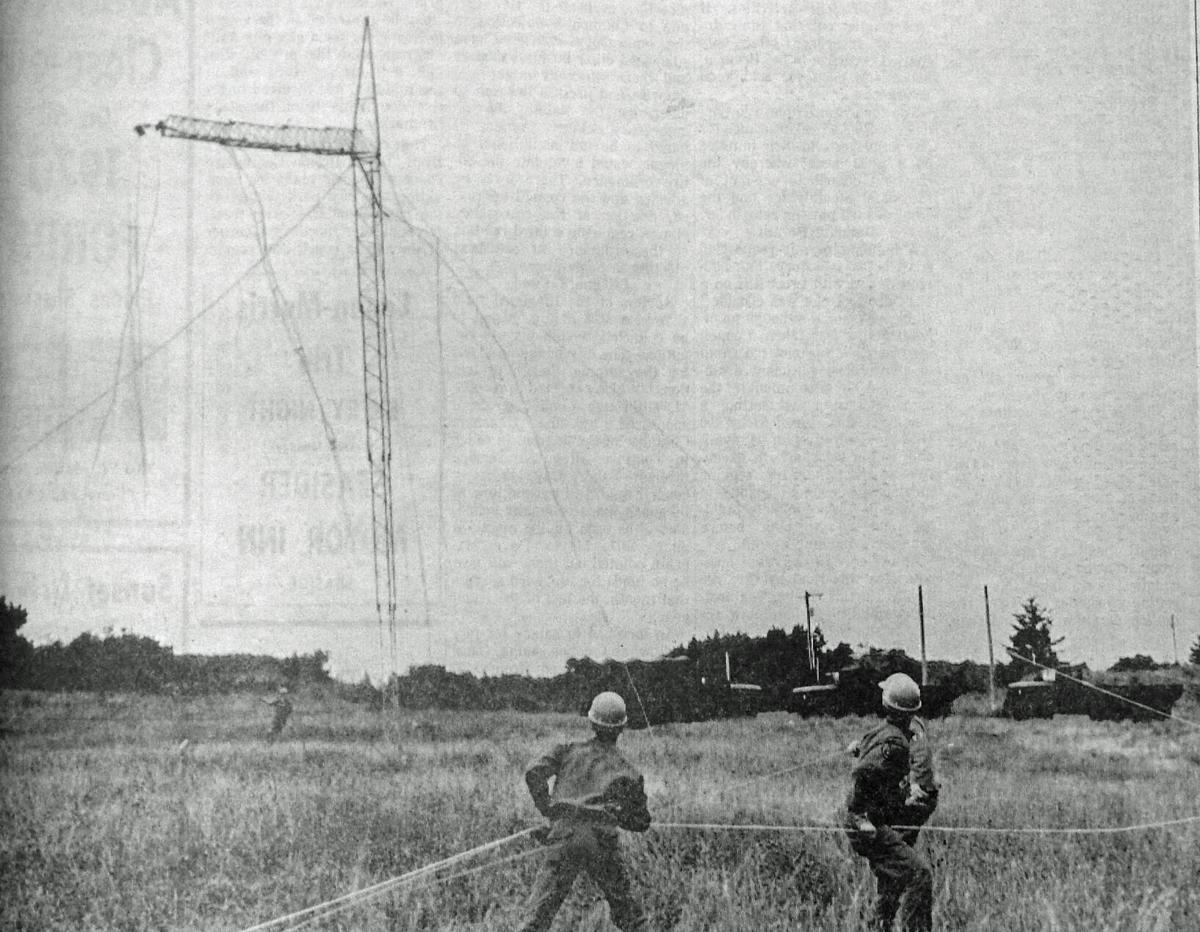 A portion of a radio relay tower collapsed in 1970 at Camp Rilea but was later replaced undamaged. 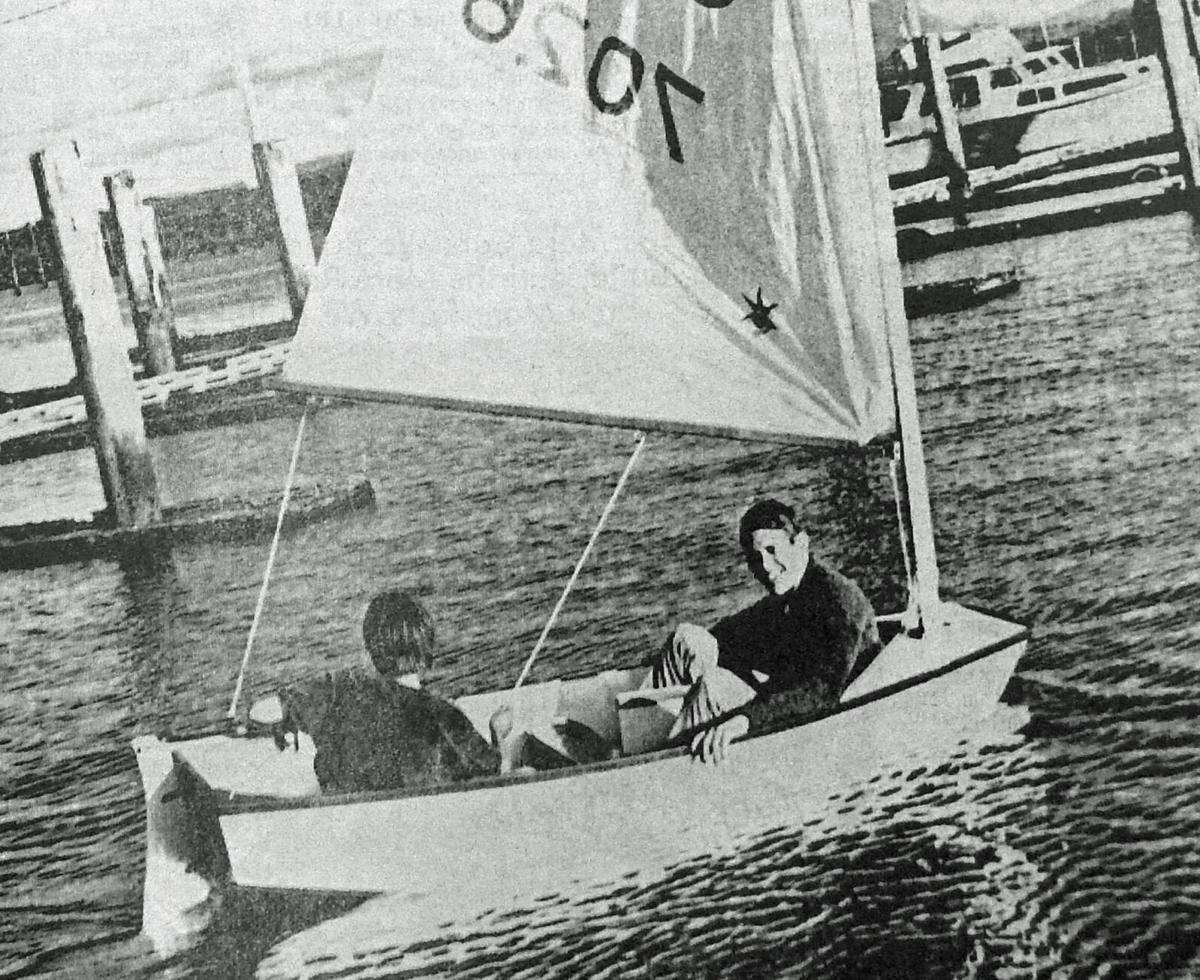 John Rickman, Regatta button chairman, with Tim O’Bryant manning the sails, takes a ride in a replica of an El Toro sailboat to be given away in 1970. 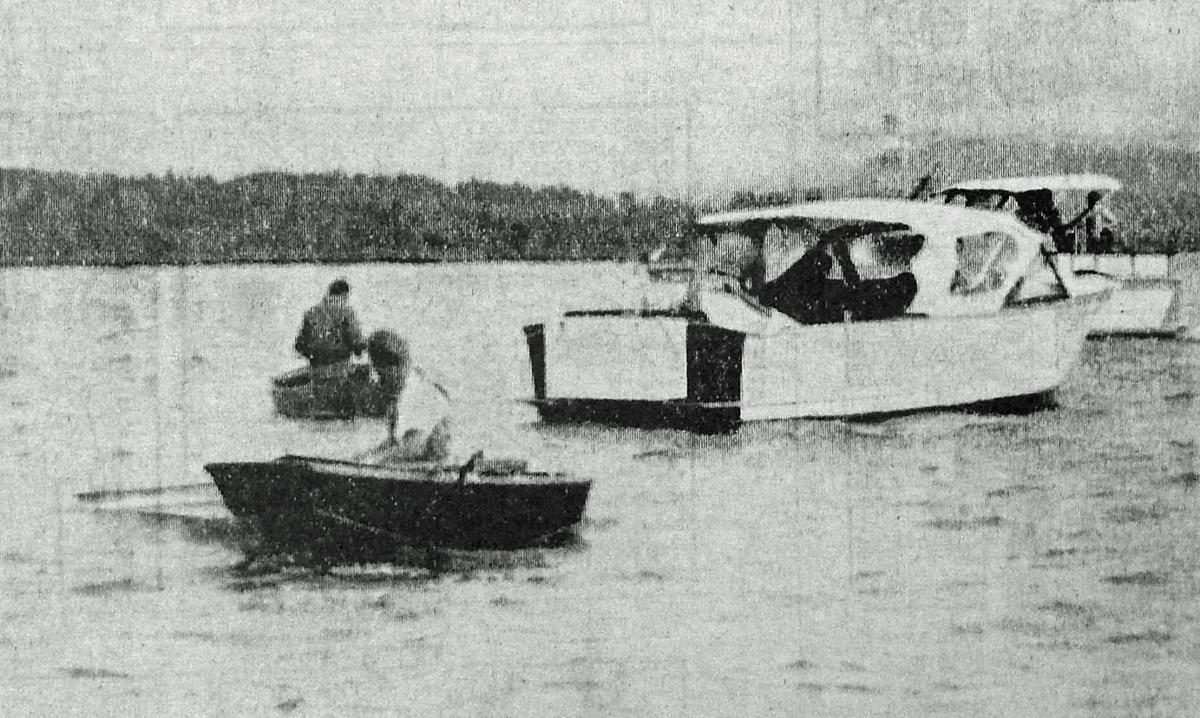 An unlucky El Toro sailboat racer who lost his mast gets help from patrol craft in 1970.

A crew with the Oregon Youth Employment Initiative repaired this stretch of trail in Ecola State Park in Cannon Beach in 2010.

Ally Berger, middle, 11, raises her chimney brush overhead while performing ‘Chim Chim Cher-ee,’ with other members of the Maddox Dance Studio at the Clatsop County Fair in 2010.

A portion of a radio relay tower collapsed in 1970 at Camp Rilea but was later replaced undamaged.

John Rickman, Regatta button chairman, with Tim O’Bryant manning the sails, takes a ride in a replica of an El Toro sailboat to be given away in 1970.

An unlucky El Toro sailboat racer who lost his mast gets help from patrol craft in 1970.

Astoria is about to get tough on false alarms.

Every year the Astoria dispatch center receives an average of 250 false alarms from within the city limits of Astoria. To cut down on those false alarms, the City Council recently put an ordinance in place that will cost the alarm owners money.

The penalties range as high as $250 and apply to all alarm users, including residential, commercial, governmental and nonprofit organizations. Repeat offenders could find themselves without police response to their burglar alarms.

Astoria Police Chief Peter Curzon proposed tougher rules because responding to those alarms is time consuming and can be dangerous. He said officers always assume there is a crime in progress, but since 99% of alarms are false, there’s a risk of complacency and injury driving to calls.

A minimum wage job feels a little nicer when it’s in the woods at Ecola State Park.

It’s one of several conservation projects getting attention from workers this year with Oregon Youth Conservation Corps funds.

The Astoria office of Management & Training Corporation received a $35,000 grant from the conservation corps this year to fund workers in its Oregon Youth Employment Initiative.

“Do you want to pet Fluffy?”

At the fair, this question could be a part of a lot of conversations.

With hundreds of animals ranging from chickens and rabbits to pigs horses and steer, Fluffy could be the name for any number of them. But at the 2010 Clatsop County Fair, Fluffy isn’t some cute, little rabbit, staring up at passersby from its cage in the indoor arena.

No, Fluffy is the name of a baby alligator.

El Toro sailboat racers had a stormy afternoon on Youngs Bay Monday as winds from 15 to 18 knots churned the water into a choppy sea.

It was rough riding for the 8-foot racing craft and more than a score of the 80-odd competing crafts capsized or were dismasted.

Four patrol boats and two other volunteering power boats were kept busy fishing boats and boatmen out of the bay.

Testimony that only nine applications have been received by the county asking that the state give quitclaim deeds to submerged and submersible lands within Astoria was given this morning at a meeting of the state land board advisory committee, and the finger was pointed at a title company as part of the reason.

There were still no breathtaking deliveries of $390-a-ton albacore tuna in this port today, but ideal weather, flattening seas and radio reports of fishing on the banks indicated by noon that some of the fishermen were striking gold.

Cannery workers of the Columbia River Fishermen’s Protective Union were called to a mass meeting at the Odd Fellows Hall at 7 p.m. today, to hear industry representatives, union officials and others discuss a proposed wage incentive program which may be put into effect at outset of albacore packing.

A 50-foot Portland pleasure boat, the Eleanor, converted for albacore fishing, opened up at the seams or otherwise developed a disastrous leak 11 miles at sea west of North Head, Washington, Monday and sank, it was learned today from W.W. Grubb, commanding officer of the U.S. Coast Guard’s Point Adams station in Hammond.

The boat, owned by Hollis Johnson, of Vanport, and with Charles Moore, of Vanport, aboard as crew, sank about 2 p.m. Monday as it was headed to albacore fishing grounds with four tons of ice aboard. The men leaped into a life raft, and were picked up by a tanker and then transferred to the fishing boat Starlight, which brought the pair to Point Adams.

The boat sank so rapidly that one of the men lost a wallet with $100 in it before he could retrieve it. Planes from the naval air station and two motor lifeboats searched the area where the boat went down, but reported seeing only miscellaneous articles from the boat and an oil slick.

The August run of Chinook salmon, tardy by about two weeks, appeared in the Columbia River last night, and some boats were netting from 600 to 800 pounds after a summer of almost complete disappointment.

A special naval board will visit Astoria and the lower Columbia tomorrow to inspect various sites for the storage of surplus naval vessels after the war. It has been looking over sites at and near Portland, Vancouver, Bonneville and Longview and, after visiting, will go on to California.

According to a statement attributed to Capt. Lind in a Portland paper, the Navy has 514 naval vessels to store in the Northwest after the war, for which 3,000 linear feet of waterfront will be required. The crafts will be of various types and sizes, ranging from less that 100 feet to 350 feet and including destroyer escorts, patrol vessels, mine sweepers and landing craft.

Maj. James H. Thorne, who “loafed” the 130 air miles from Portland to McChord Field in 19 minutes, swooped his P-59 Aircomet through a series of smoking gyrations yesterday in the Northwest’s first public demonstration of a jet-propelled plane.

“I can’t reveal how fast the P-59 goes,” the Chico, California, pilot said, “but I loafed from Portland to McChord in 19 minutes.”

Harvesting of this year’s daffodil bulb crop is nearing completion on Clatsop Plains, and the little brown tubers — potential acres of gold — are being readied for their trip Aug. 15 to the bulb growers cooperative in Portland where they will claim a tonnage price of $450.