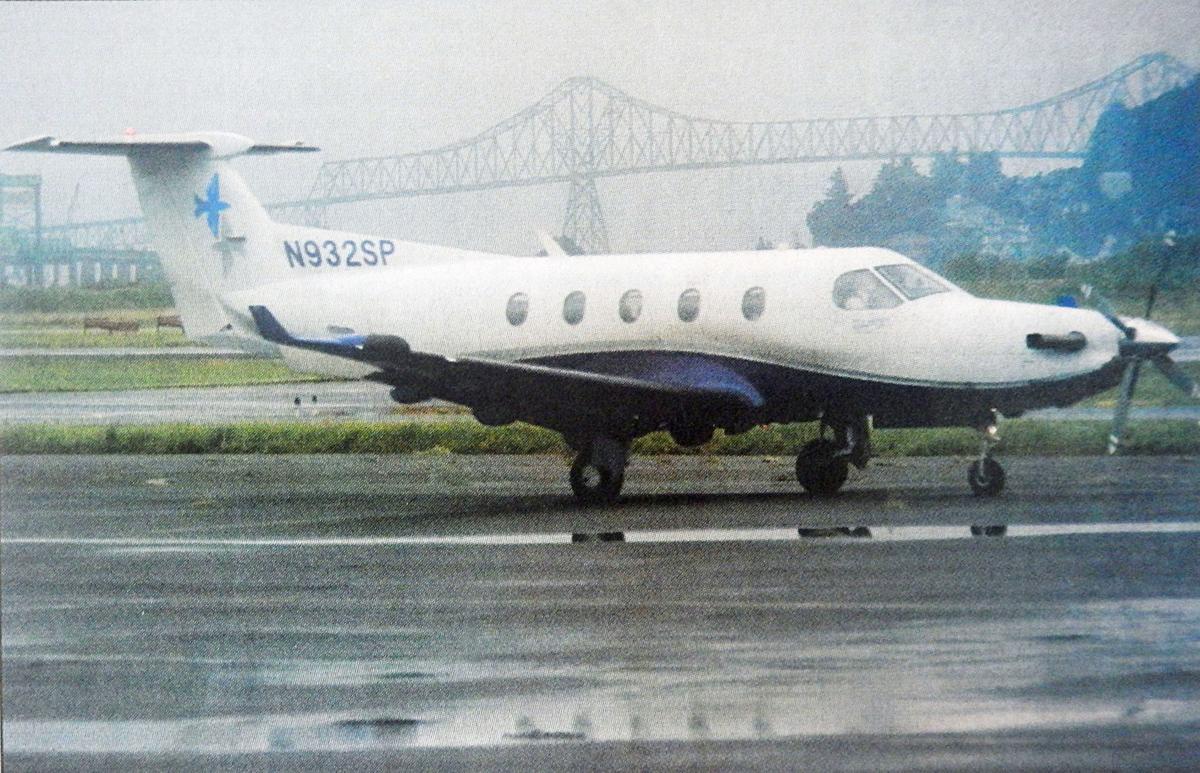 SeaPort Airlines started service to Astoria in 2010 with a ConnectOregon grant. The airline uses the Pilatus PC-12 aircraft. 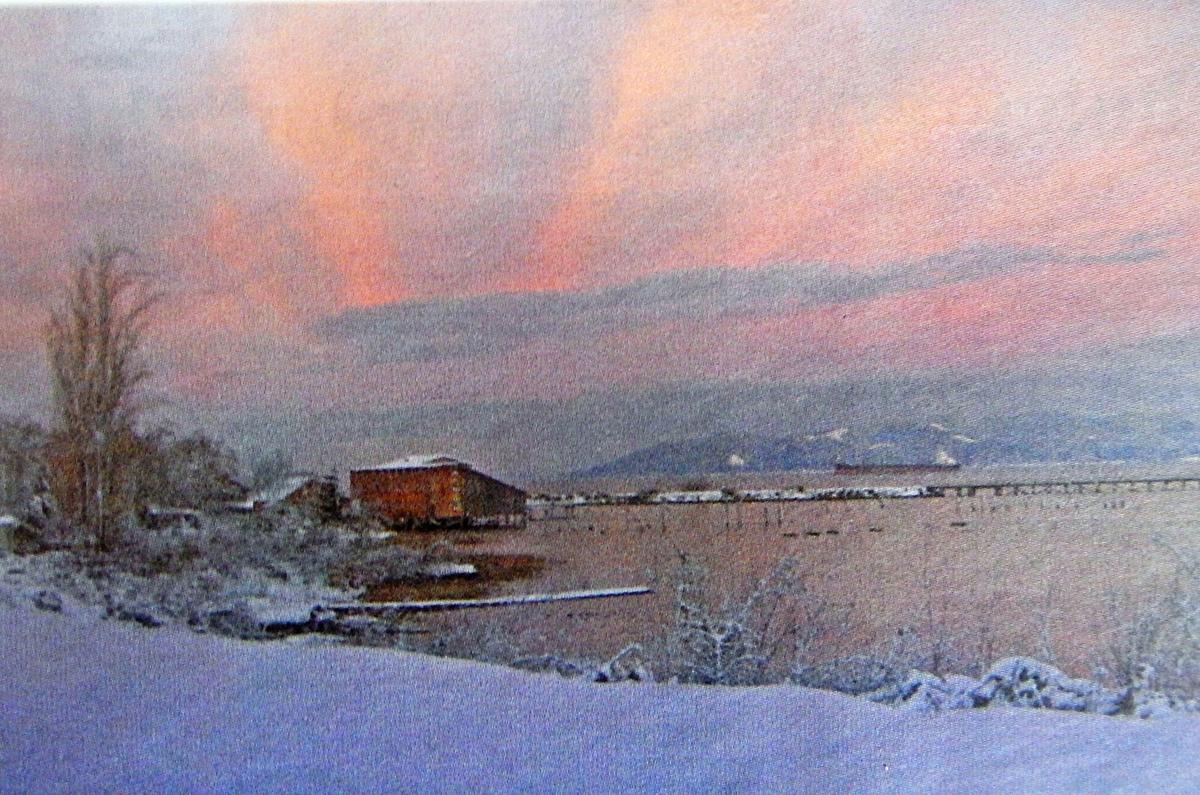 Photographer Arno Michaelis captured a breathtaking sunrise in 2010 over the Alderbrook lagoon, drenching the snowy riverbanks in pink and orange light in his photo titled 'Global Warming.' 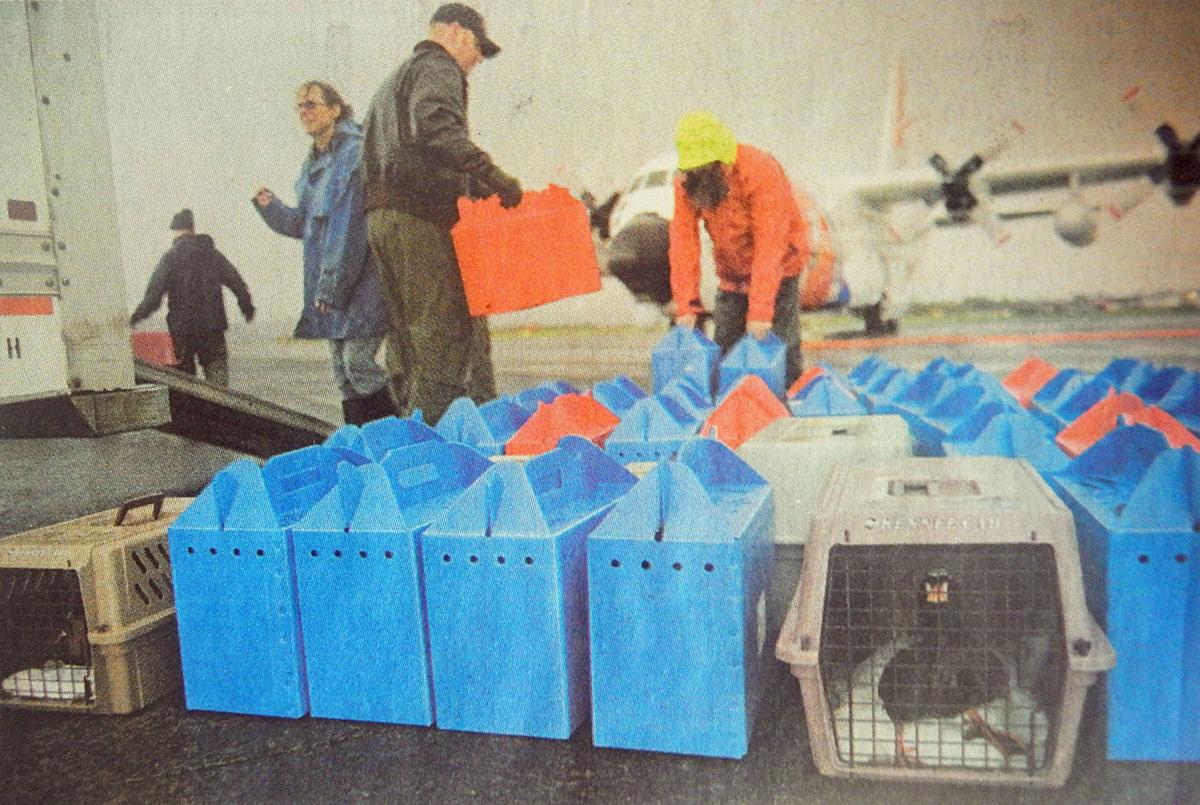 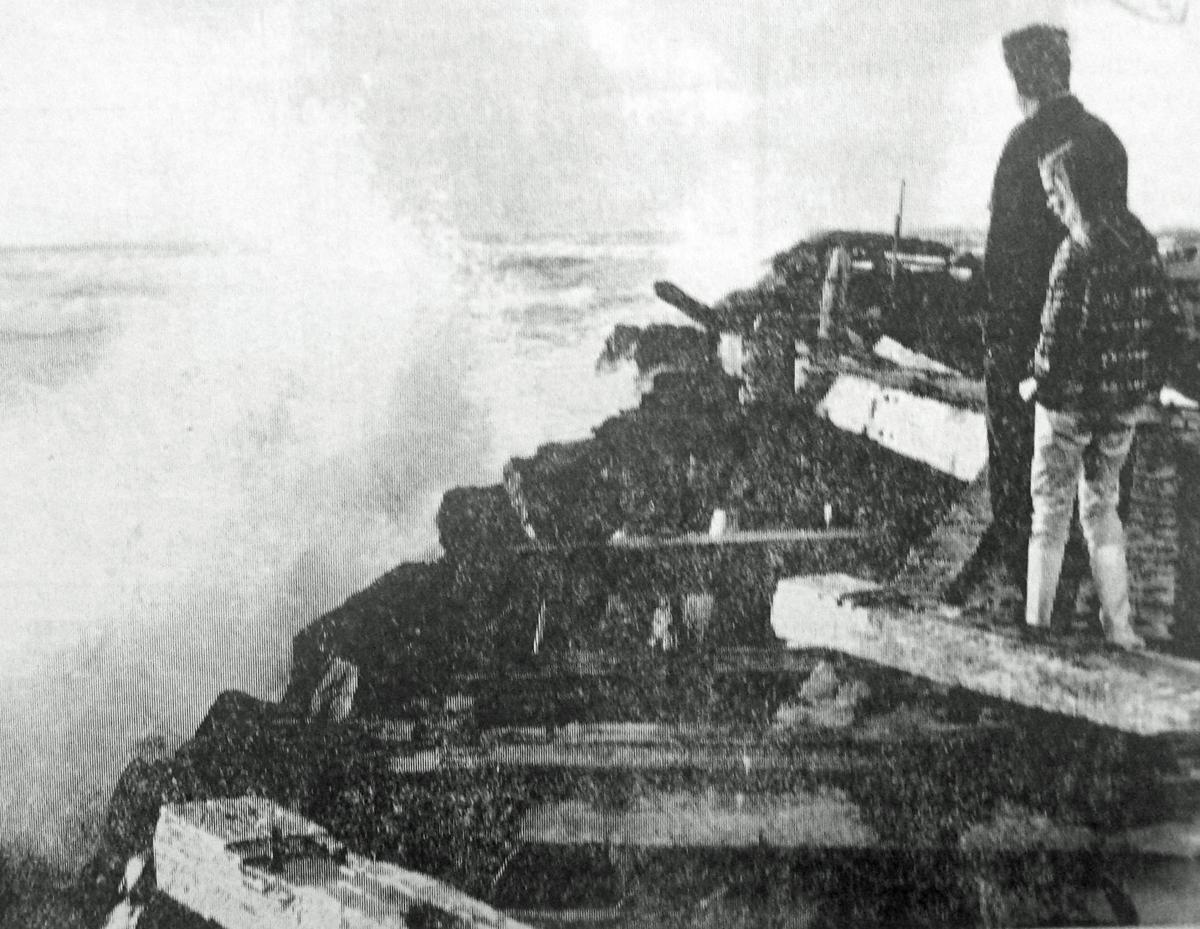 Onlookers stand at the South Jetty as waves lap up at the rocks during rough seas in 1970. 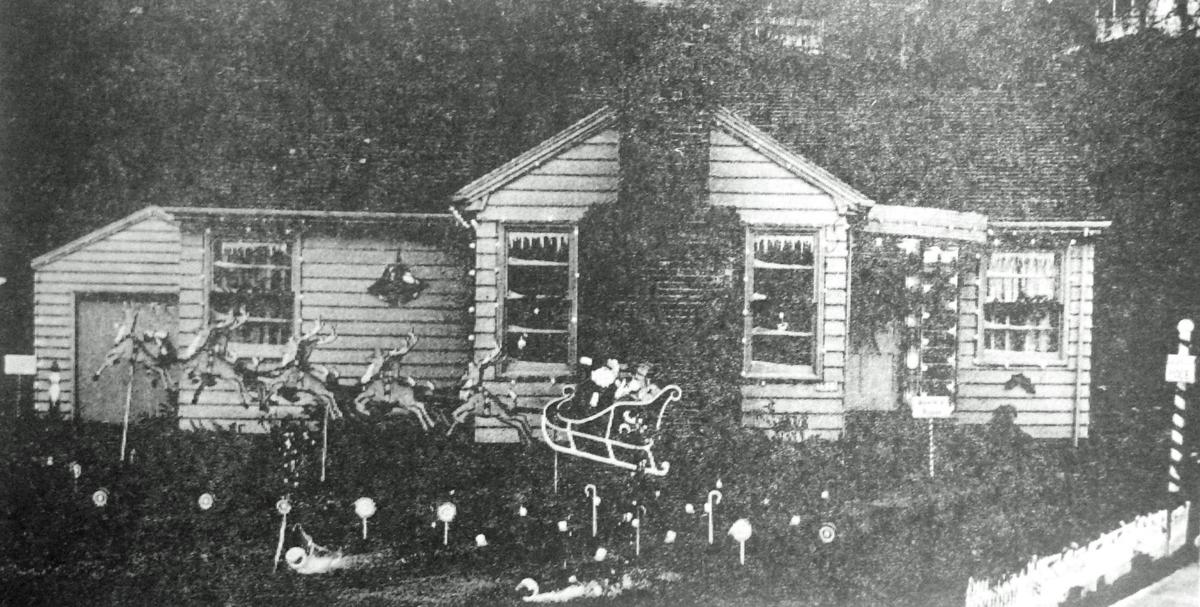 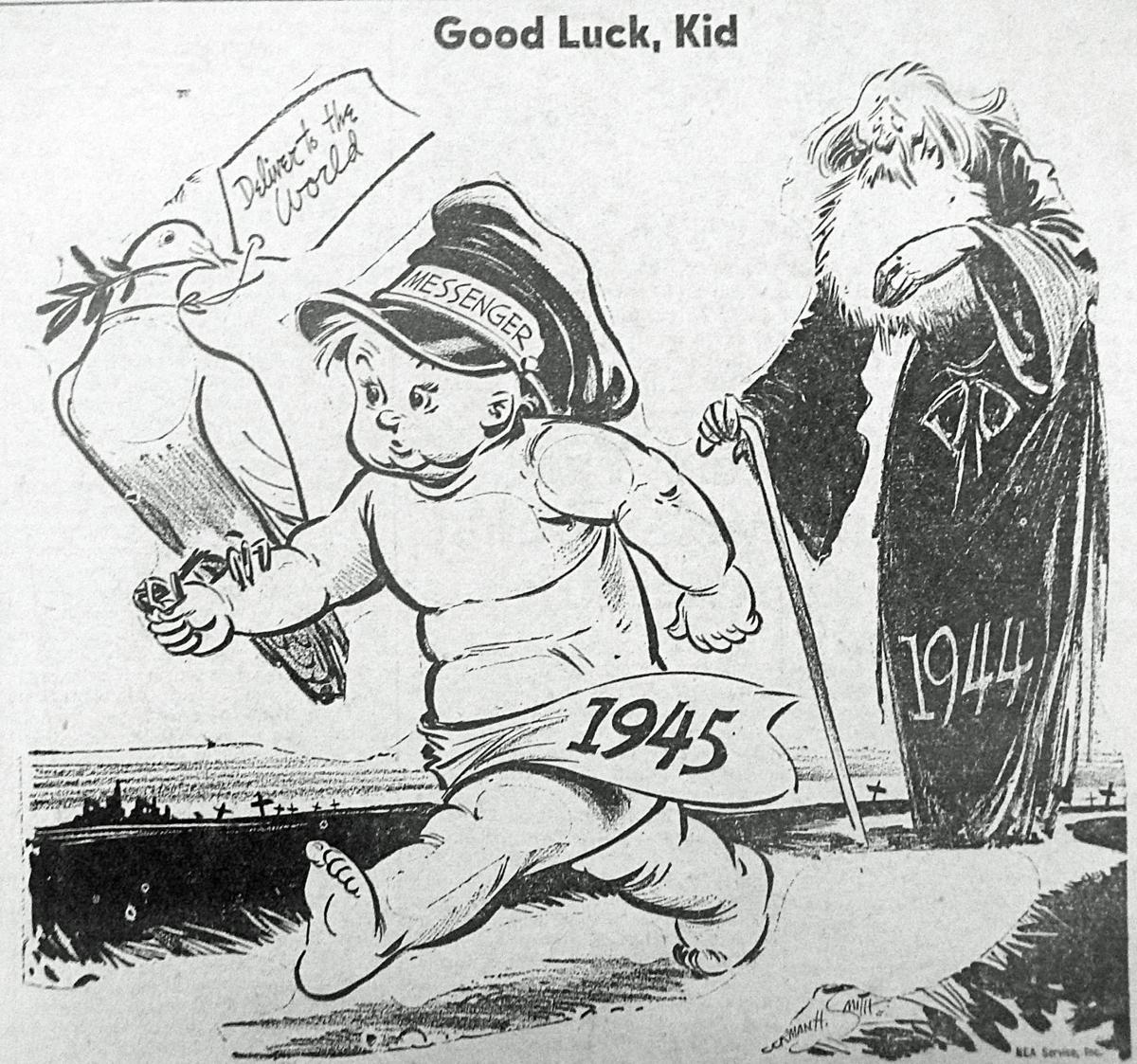 SeaPort Airlines started service to Astoria in 2010 with a ConnectOregon grant. The airline uses the Pilatus PC-12 aircraft.

Photographer Arno Michaelis captured a breathtaking sunrise in 2010 over the Alderbrook lagoon, drenching the snowy riverbanks in pink and orange light in his photo titled 'Global Warming.'

Onlookers stand at the South Jetty as waves lap up at the rocks during rough seas in 1970.

The decade ended with the North Coast looking back on many headlines, including developments in the liquefied natural gas controversy and three county recall elections.

Because of their stance on LNG, Clatsop County Commissioners Ann Sameulson, Jeff Hazen and Patricia Roberts all face the wrath of voters. Samuelson was ousted, by a very small margin, but the other two survived easily.

There were other highs and lows, perhaps characterized by news about aircraft.

Another aircraft story created the worst “what if?” thoughts.

Astorians were shocked when a single-engine plane crashed into the Columbia River on a Friday afternoon in April and even more shocked to learn former Astoria Mayor Edith Henningsgaard-Miller was on board and her son, Bill Henningsgaard, was the pilot. The community breathed a collective sigh of relief when the pair were rescued relatively unscathed.

The controversy over liquefied natural gas development in Oregon made the biggest ongoing headlines. The Bradwood Landing project, proposed for a site 20 miles east of Astoria on the Columbia River, got approval from Clatsop County to change the zoning on a tract of land in Westport that was blocking its planned natural gas pipeline route, but developer NorthernStar Natural Gas Inc. of Houston continued to wait for resolution on its applications for county, state and federal permits.

Battered and beaten, the old City Hall at the corner of Roosevelt Drive and Broadway remains the focus of plans for commercial redevelopment, said Pamela Ulbricht, the building’s co-owner.

Although most of the second story of the brick building was removed late in November after a windstorm took off the roof, engineers and insurance investigators have deemed the first story safe. A second story, two-thirds the length of the building will be constructed, Ulbricht said.

“At this point, we are redesigning the project,” she said. “Our initial plans had to be redone.”

That was the name chosen by 18-year-old Penny Dimick of Astoria for the 11-foot, 7-inch penguin class sailboat she has spent one and a half months building.

Why did she name the boat Life? Answered Dimick, “My brother said you’d ask that. It’s bright and cheery – it fitted the boat.”

Life has yet to go into the water but its builder hopes to make a maiden cruise this weekend on Youngs Bay, probably with a friend. Launching is tentatively set for Jan. 10.

A Christmas lighted display of the Reed Barker family, 3535 Harrison Drive, has been judged winner of the Astoria Jaycees Christmas display contest.

The Barker’s display features Santa in his sleigh and reindeer with candy canes, lollipops and the North Pole.

One coastal legislator on Monday criticized the State Highway Commission’s proposed blanket closure of beaches to motor vehicles. And several other representatives said they think there should be more hearings on the proposition.

State Rep. Paul Hanneman, Cloverdale, said the decision to keep vehicles off all beaches except by permit is contrary to the intent of the 1969 beach bill, and “will end in a nightmare of confusion.”

Columbia River Maritime Museum received a new display item this week, a piece of tektite from the lunar crater Tyco, found in Thailand.

The small moon rock was sent to Rolf Klep, museum director, by Bob Dahl of Portland, nephew of Mrs. George Fulton of Astoria.

The tektite will join other space-oriented displays at the museum, including a gold-plated retro or steering rocket from one of the Agena docking missions in outer space, loaned by R.W. Armstrong of Astoria, a collection of letters from the Apollo 11 astronauts and pieces of tektite found in the southwestern U.S., on loan from Trodbridge of Astoria.

Main features of the space exhibit are models of the Apollo command module, lunar module and Saturn rocket, on indefinite loan from the NASA Marshall Space Flight Center through the efforts of Dr. Wernher von Braun, Klep pointed out.

A less than bright economic picture hung over Astoria at the advent of the new year with unemployment up about 2 ½% over December, 1968, and job openings down about one third.

The ’60s will go down in Astoria area history as the Decade of the Bridge.

There were a great deal of stories the past 10 years, but the bridge story dominates all others.

Astoria sorely needs a modern Pied Piper of Hamelin, a phantom of the catacombs and several regiments of rat terriers to deal with the swelling population of rats.

This is the opinion of Alvert Swain and Roy Fugate, both of the federal fish and wildlife service in Portland, and Dr. Dorothea Scoville, Clatsop County health officer. The trio, with a canvass sack of rat poison and some flashlights, took a rat’s tour of the town today, and what they found wasn’t pretty.

Scoville, Swain and Fugate took to the “underground” to examine the maze of tunnels that honeycomb subterranean Astoria under downtown streets today. They found some rat bivouacs which in rodent terms would be Savoys and Book-Cadillacs. They found rat colonies scattered plentifully, not only under the streets, but also in refuse dumps around Astoria’s un-improved and bush-chocked downtown vacant lots.

More than 1,200 West Coast loggers, twice as many as the attendance at any previous session, are expected to make the trip from points throughout the Northwest and Canada to Seaside for the 35th annual Pacific Logging Congress meeting Jan. 10 to 12.

Truck logging will be the theme of the three-day agenda, which will include speeches by state and federal forestry service officials, logging operators and representatives of logging machinery manufacturers.

Sergeant Thorsnes, a former Co. L member in the National Guard, said his latest battle service is on the island of Biak following campaigns on New Guinea against the Japs.

Though visitors to Astoria may complain of the many cloudy and rainy days here, official figures for 1944 from the Astor experiment station reveal that it was the driest year since 1929. A total of 55.10 inches of moisture fell as compared to a 40-year average of 77.46 inches.