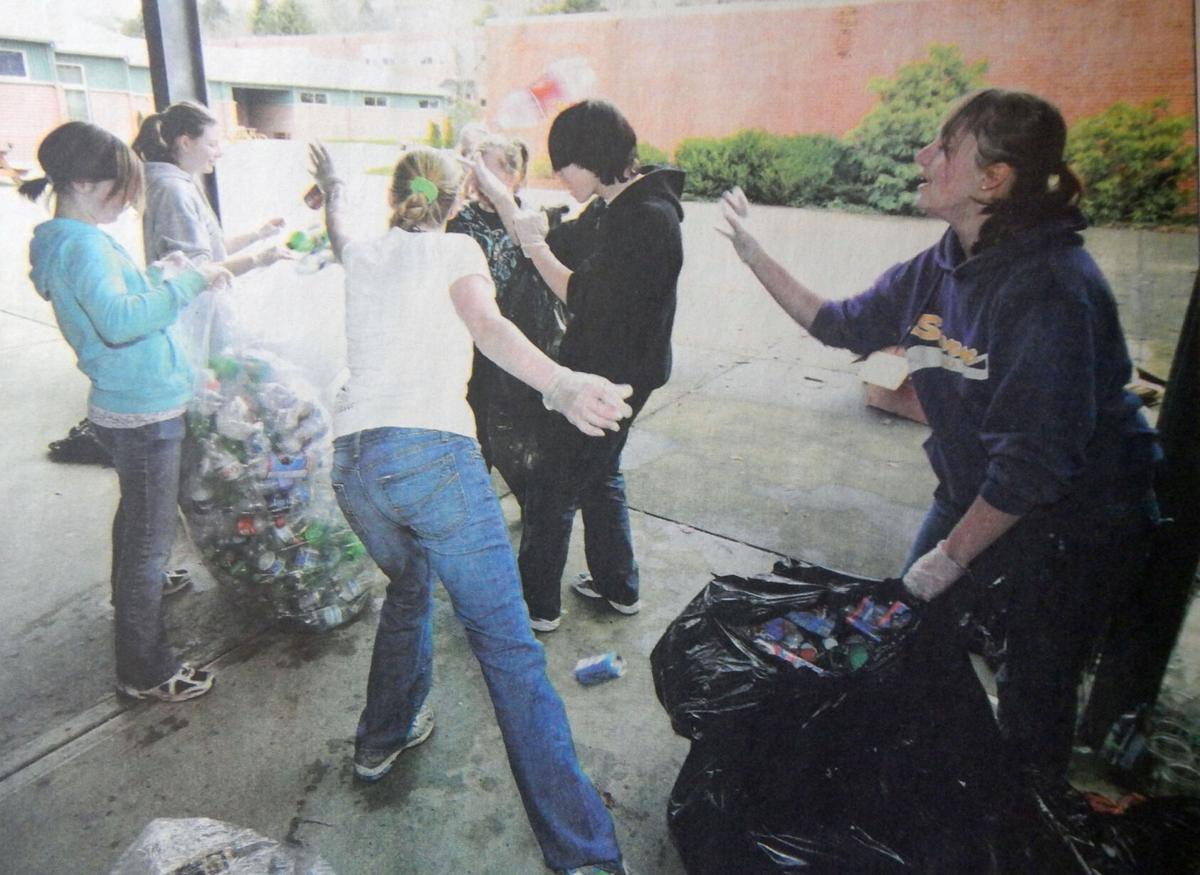 Bottles and cans fly through the air during an Astoria Band Boosters bottle drive in 2011. 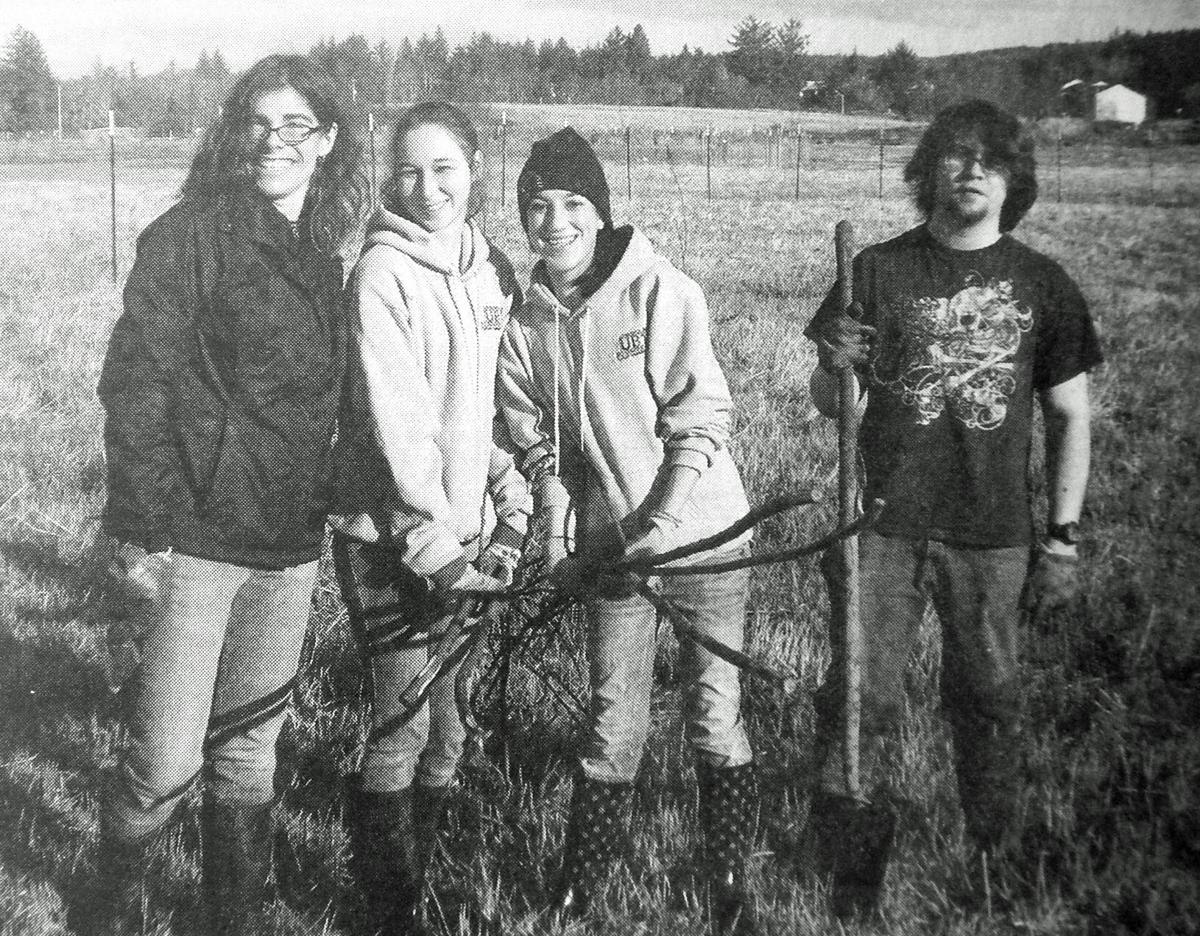 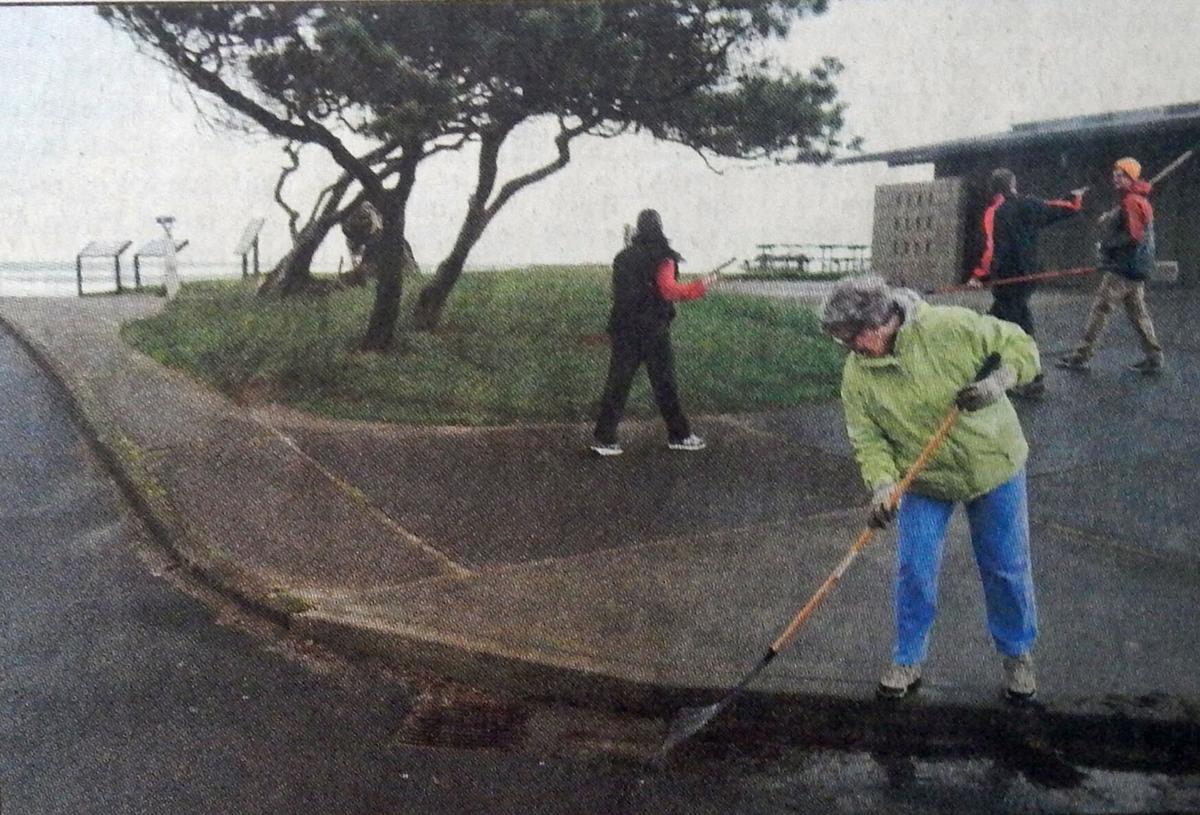 Jean Williams, foreground, sweeps clutter from a storm drain after gathering a group of volunteers to clean Cannon Beach’s Tolovana Beach Wayside in 2011. 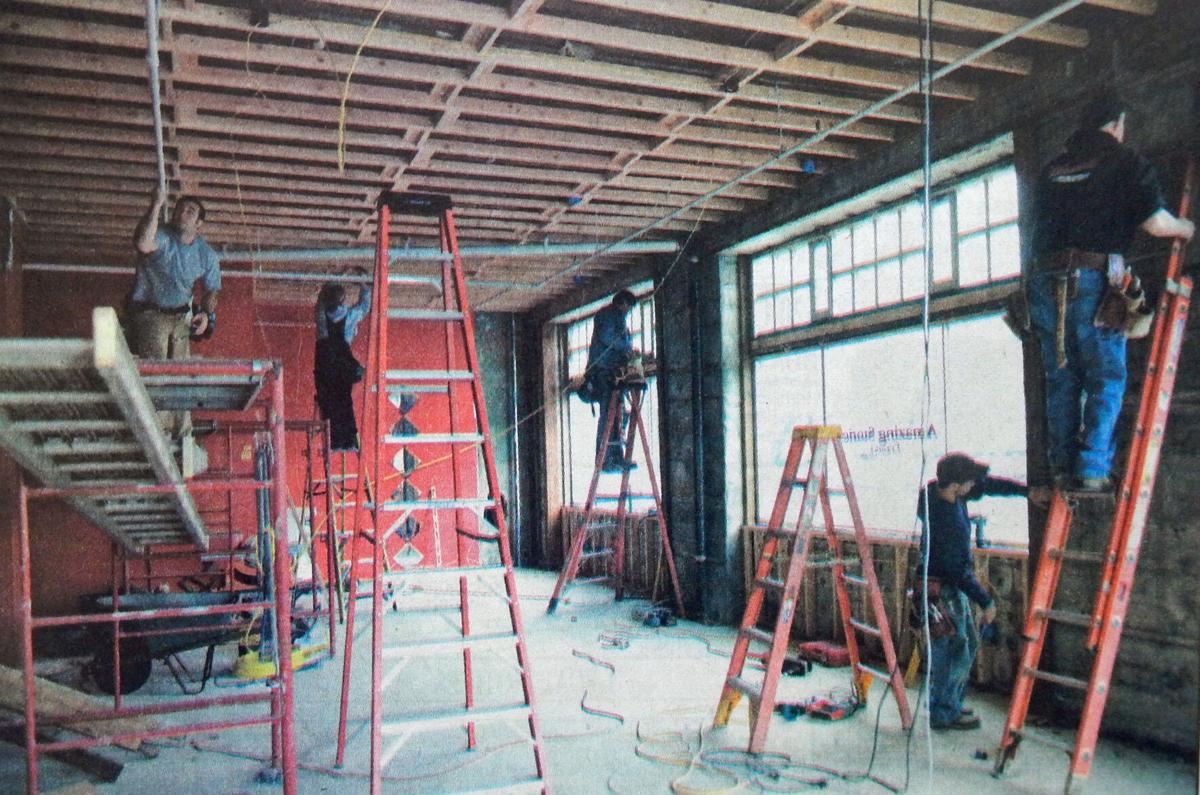 Workers with Seaside’s Butler Construction work on framing along the wall of the Amazing Stories comic book shop in the Astor Hotel in preparation for installing sheetrock in 2011 after water damage. 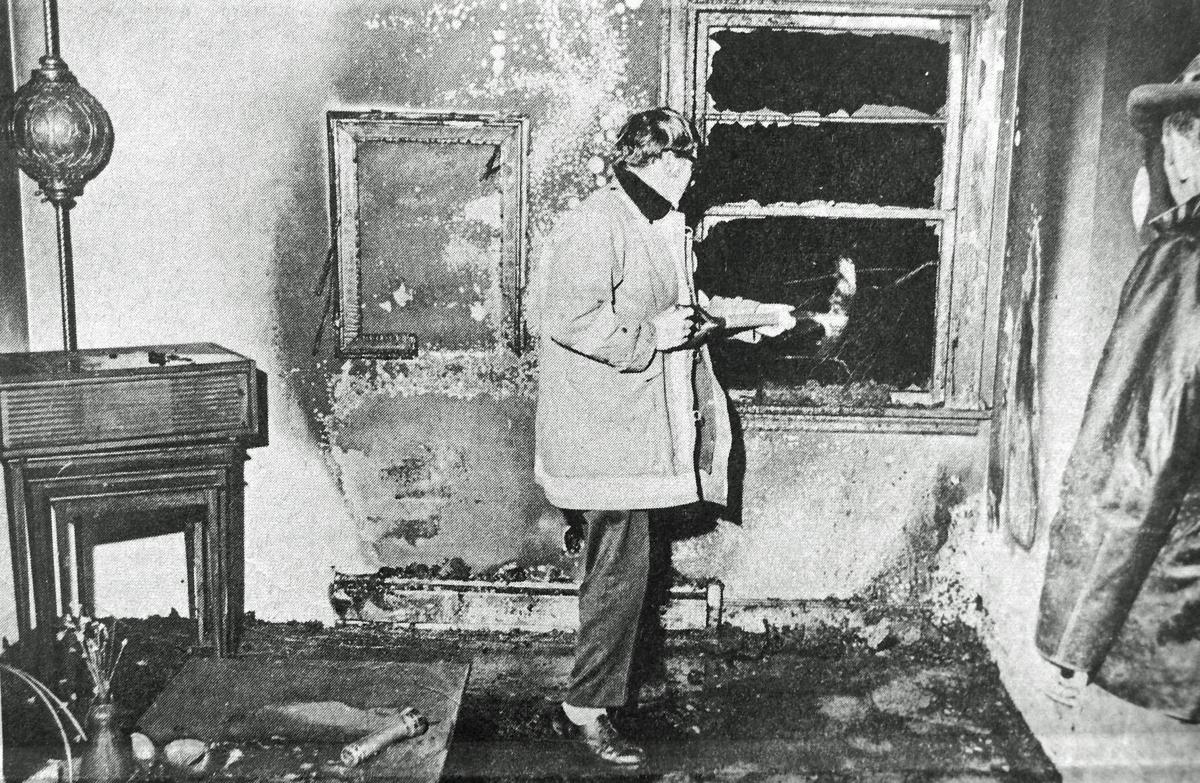 A fireman clears charred debris from an Astoria home in 1971. 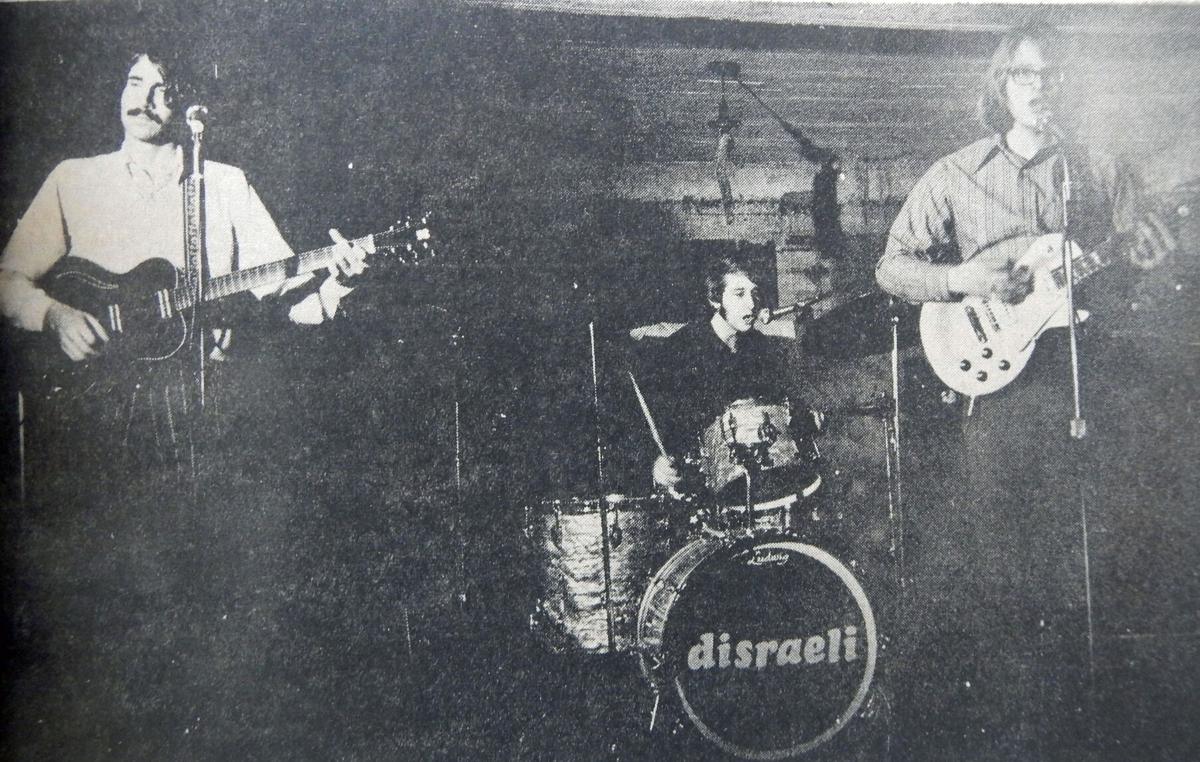 The band Disraeli rehearses in 1971. 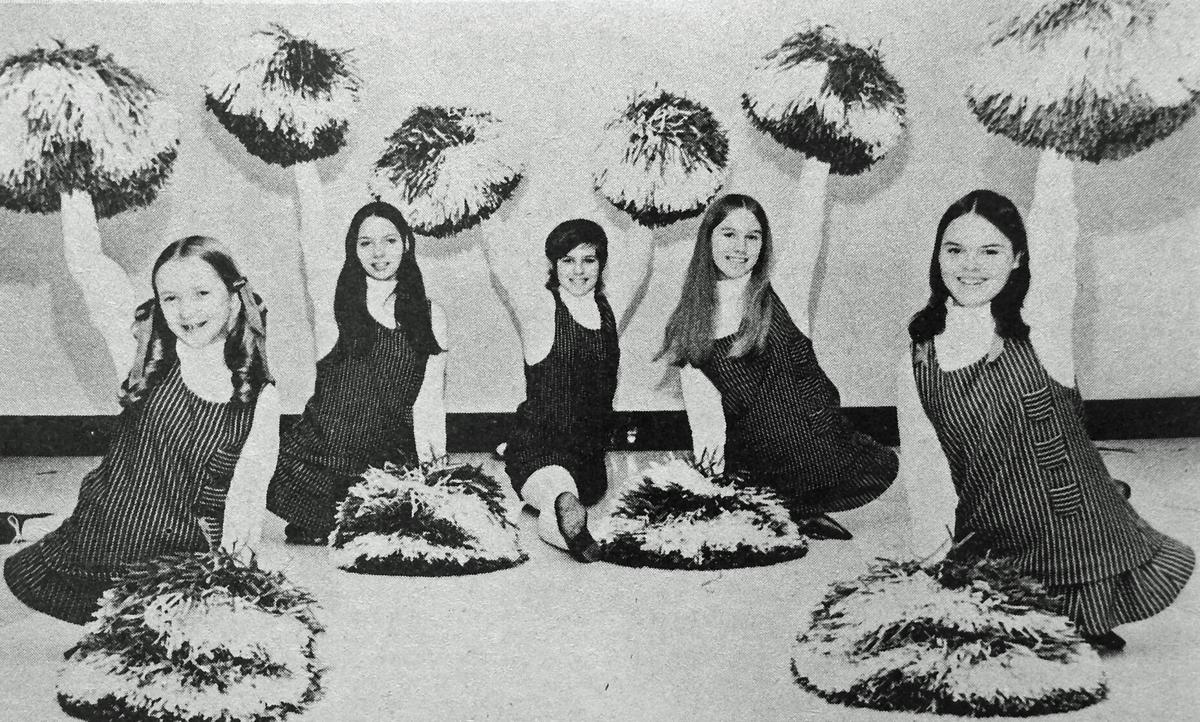 Bottles and cans fly through the air during an Astoria Band Boosters bottle drive in 2011.

Jean Williams, foreground, sweeps clutter from a storm drain after gathering a group of volunteers to clean Cannon Beach’s Tolovana Beach Wayside in 2011.

Workers with Seaside’s Butler Construction work on framing along the wall of the Amazing Stories comic book shop in the Astor Hotel in preparation for installing sheetrock in 2011 after water damage.

A fireman clears charred debris from an Astoria home in 1971.

The band Disraeli rehearses in 1971.

Each year, in honor of National TRIO Day, the college’s TRIO students find ways to serve their communities. This year, students were active in a variety of socially conscious pursuits. The Plus Program sponsored a campus-wide food drive Jan. 27 and Jan. 28 in Astoria. The drive collected roughly 130 pounds of food for distribution through the Clatsop Community Action Regional Food Bank.

Additionally, several students from the college’s Upward Bound program volunteered for the North Coast Land Conservancy to rebuild beaver habitat. Their work with the agency included the planting of willow and alder trees.

The snap of plastic gags, the crackle of aluminum cans and the pop of plastic bottles were music to the ears of Astoria High School band members on Sunday.

The students and the Astoria Band Boosters collected beverage bottles and cans to return for deposit.

North Coast residents brought bags of unwanted bottles and cans the students unloaded from cars and trucks. Bottles flew through the air as the students tossed them into larger bags and they sorted their haul in the school courtyard.

Because of budget problems, the Astoria School District has frozen, or stopped, funding student activities. So if school bands want to perform or join in a parade, they have to come up with the money. The Astoria Band Boosters support all band programs in the district by fundraising for instruments, equipment, music and other aids, and by providing on-site support for the band groups at concerts, competitions and contests.

After a fire in the Astor Hotel on Feb. 7, thousands of gallons of water washed down into Tim Allwein’s Amazing Stories comic store. The fire was on the sixth floor of the building and set off the sprinklers, also damaging 11 apartments.

The massive rush of water damaged much of Allwein’s inventory. The space, after being completely gutted, is undergoing a top-to-bottom renovation.

CANNON BEACH — Jean Williams has adopted a new baby. It’s not large, as such babies go, but it will take some maintenance. That’s why she’s asked for volunteers to help out.

And like any adoptive parent,volunteers are eager to assist.

Their baby is the Tolovana Beach Wayside, a one-block by two-block site west of South Hemlock Street in the southern area of Cannon Beach. It consists mostly of a parking lot bordered by grassy strips on three sides and the beach to the west. A restroom, children’s swings and two picnic tables are also there.

Although the wayside is operated by the Oregon Department of Parks and Recreation, sometimes in the summer, Williams says, parks officials don’t have time to do routine chores.

This is the first state park in the Cannon Beach area that has been adopted, said Tammy Baumann, the department’s statewide volunteer services coordinator.

The adoption is a “win-win situation for the parks department, which can’t always be there, and for the neighbors,” Williams said.

The U.S. Coast Guard has not received any guidance yet on what their position will be, if any, in keeping surveillance on Soviet fishing vessels visiting Portland, according to Capt. James Clune, commanding officer of the Astoria Air Station.

In fisheries agreements signed by the United States and Russia last Friday, the Soviets were allowed port privileges in Portland and Seattle for four fishing vessels (in each port) per month. James Parker, Astoria otter trawl fisherman who served as an advisor to the fisheries negotiations with the Soviets, told The Daily Astorian Tuesday he felt the port provision would cause an extra burden on the Coast Guard, “which is already spread too thin for them to do a thorough job of surveillance on the Soviet fishing fleet.”

A coalition of independent fishermen’s wives between Eureka, California, and Seattle are protesting the fisheries agreement and seeking extended fisheries conservation jurisdiction for the United States.

A group of the fishermen’s wives went to Seattle on Wednesday to protest the Soviet port privileges.

A meeting is scheduled to be held in Astoria within the next two weeks to decide how to proceed on a study of the Columbia River estuary in connection with the planned American Metal Climax aluminum plant in Warrenton.

Dr. Noel Rawls, chairman of the American Metal Climax Citizens’ Advisory Committee and Clatsop County health officer, said a meeting of state officials last week in Portland on the estuary study was inconclusive and was resulting in officials of various state agencies getting together to figure out who ought to study what and with what financing.

No fuel lines were broken, but Carmichael said the impact broke off two or three pilings and numerous braces beneath the dock, and pushed the dock approximately 18 inches toward the shore, buckling it.

The second version of the rock group which has more than 100 stockholders — most of them from Clatsop County — has recently cut its first record and will be performing the songs from it at a Saturday night dance.

The original Disraeli disbanded in May 1969 but reorganized with two new musicians in December. The original group cut three records, but it was quite an effort for the reorganized group to cut its first disc.

The Columbia River Bar shed the deckload off the coastwise steamer Whitney Olson but Grays Harbor, Washington, beachcombers are getting all the lumber lost by the vessel. It has been washed ashore after the recent storm.

This is an old story about lost cargo. If the Whitney Olson had lost her deck load on Peacock Spit, outside the jetties, the lumber would now be stocked up neatly and well guarded on the Long Beach Peninsula. During southeast gales, cargo lost south of the Columbia River may drift well to the north. Ships lost on the north side of the ship channel west of Astoria will have their cargo carried to the beaches from Baker’s Bay on to the South Jetty. In the flood tide, cargo lost from ships on Clatsop Spit will come inside the river from Hammond to the sea.

It was a young sailor from Boston, Massachusetts, who Monday wrote to the Astorian-Budget, that the “girls of Astoria are a bunch of snobs.”

His name is John C. Calhoun, named after the famous southerner statesman and former vice president.

Calhoun was a member of a committee for an enlisted man’s dance held Saturday night at the port docks naval station. The committee arranged for a dance band and publicized the event with advertising on Thursday, two days before the dance.

In the meantime, a dance was also scheduled for the bachelor officer quarters, for the same evening. According to Calhoun, this was an accident. When the fact that two dances were to be held at the same time and same station became known to the two dancing elements, it was too late to change plans, Calhoun said.

Plans for the second dance were somewhat different. Seventy-five Astoria girls had been invited to the affair. A buffet luncheon was served. A jukebox played dance music.

Clatsop County experienced an earthquake Thursday night at 7:18 p.m., nodding to the east and west while Washington state rocked back and forth.

About half of the people of the lower Columbia felt the few easy movements. They had difficulty in convincing the other half that an earthquake had occurred. As is usual in such cases, doubtful people went to their telephones to call those among their acquaintances who they thought were earthquake feelers. A rush of calls occurred at the Astoria and Seaside telephone exchange.

One of the mines which recently came ashore on north shore beaches was a U.S. Navy mine, which drifted on the beach half a mile south of the U.S. Coast Guard Station at Klipsan Beach.

A bomb disposal squad from Seattle was called to deal with the mine. It was first rendered harmless and later discharged at an appropriate time and place.