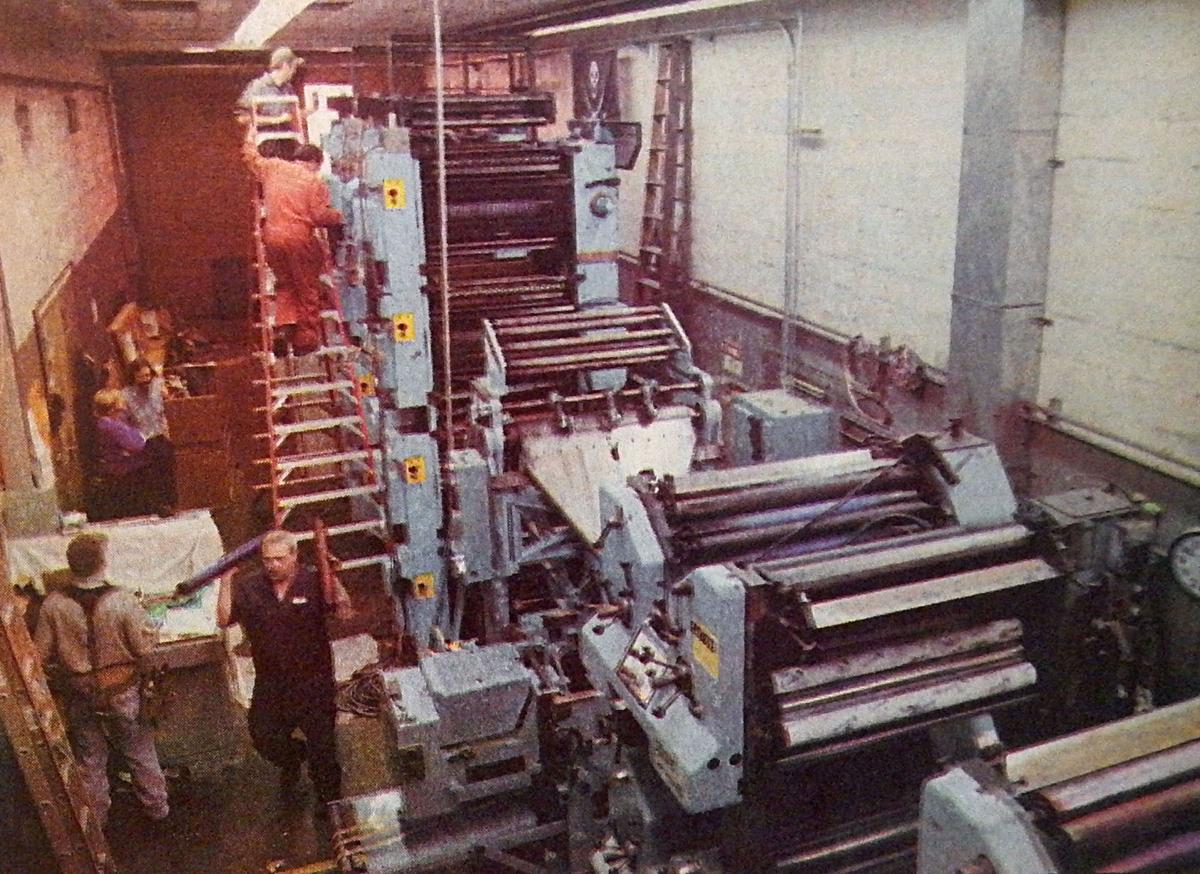 The Astorian’s new printing press is installed in 2010. 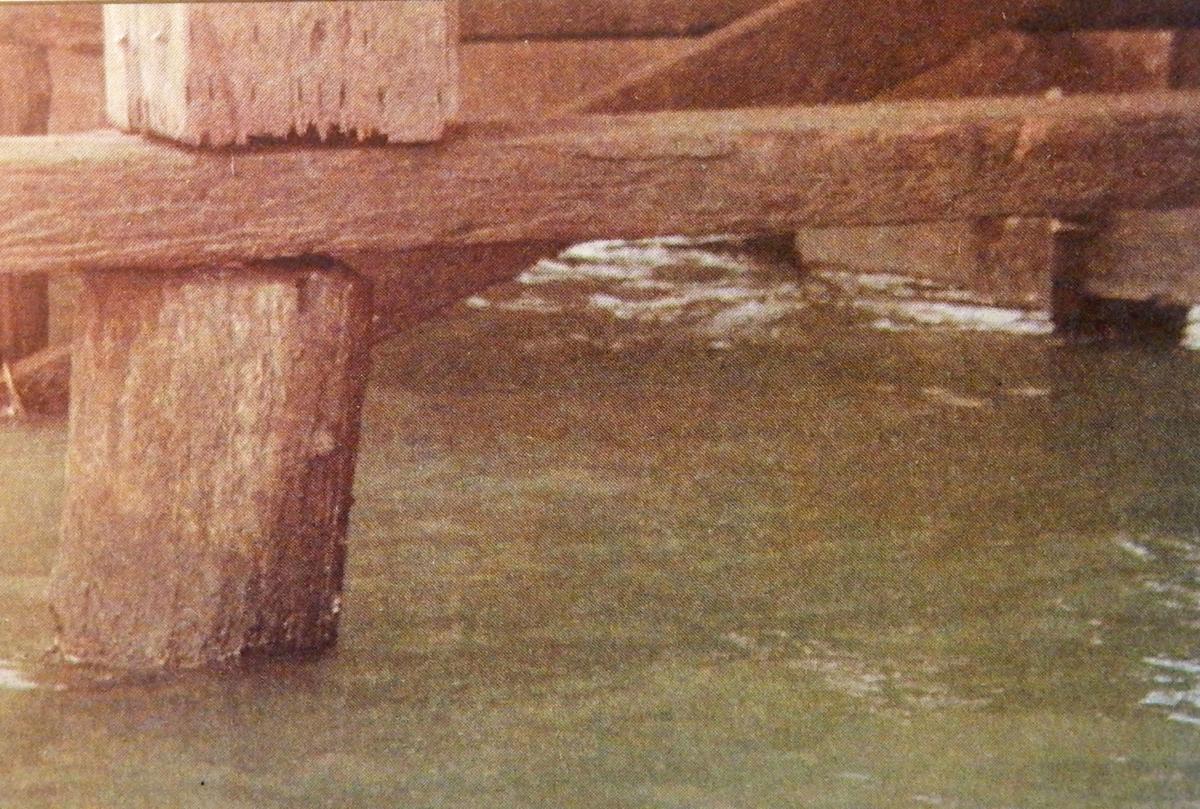 Deterioration in the East Mooring Basin causeway in 2010. 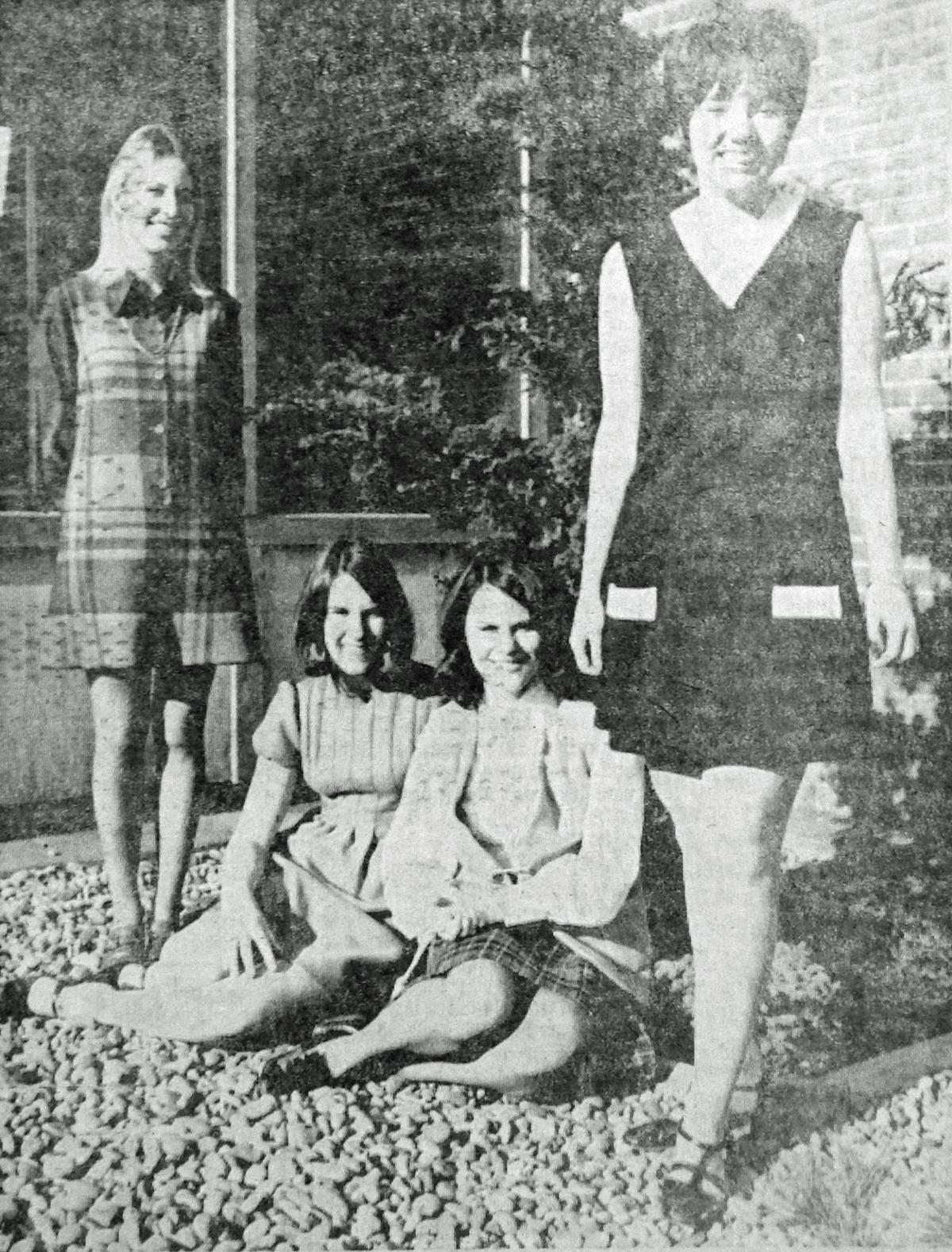 ‘Under the Sweetheart Tree’ was the theme of Winter Ball in 1970 at Astoria High School. From left, princesses standing among the trees, Mechthil Luger, Kathy Falbetich, Nancy McGowan and Rainie Hill. 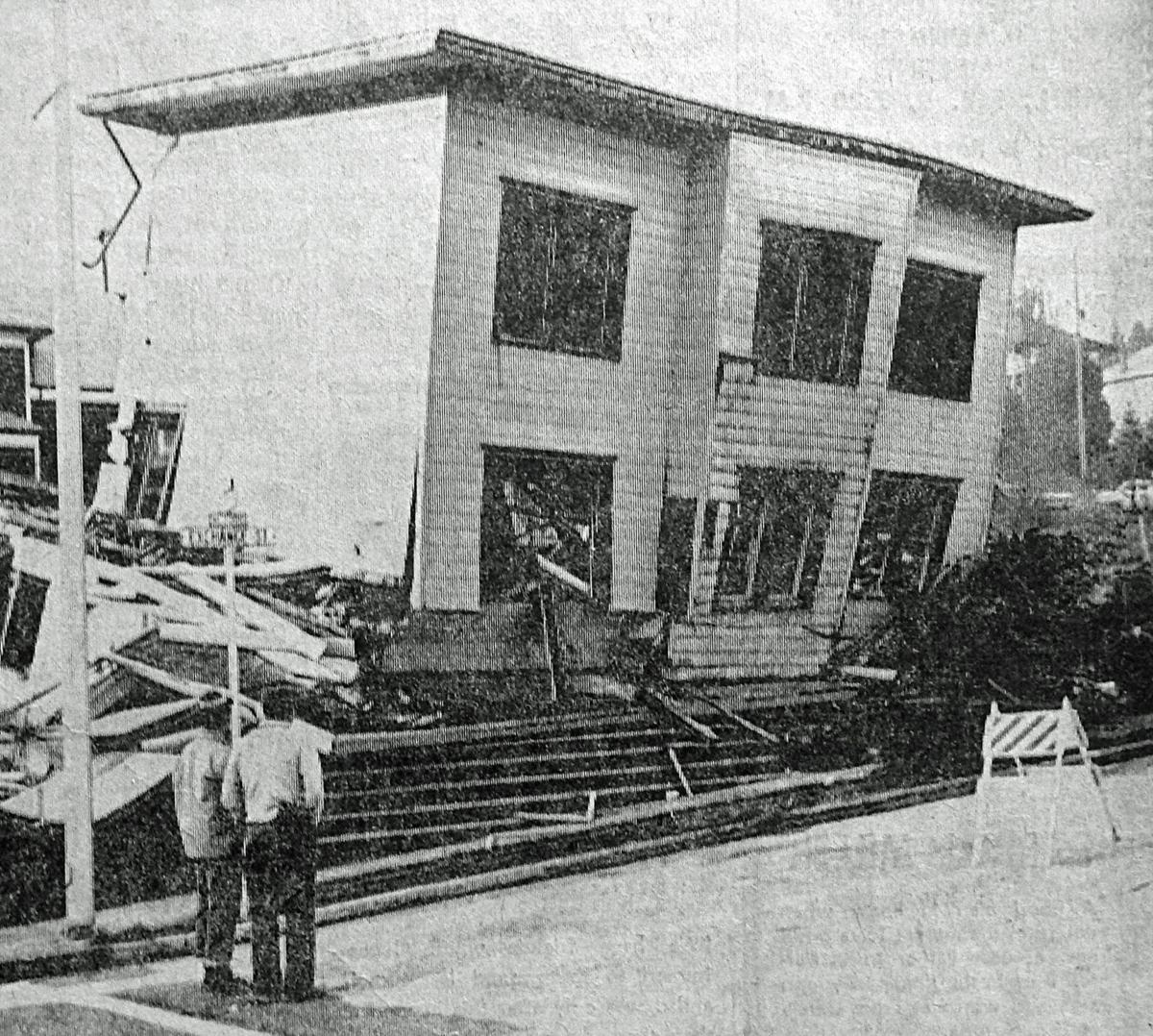 The last of seven structures came down this morning on the south side of Exchange Street between Ninth and 10th, in preparation for construction of a new building for The Astorian in 1970.

The Astorian’s new printing press is installed in 2010.

Deterioration in the East Mooring Basin causeway in 2010.

‘Under the Sweetheart Tree’ was the theme of Winter Ball in 1970 at Astoria High School. From left, princesses standing among the trees, Mechthil Luger, Kathy Falbetich, Nancy McGowan and Rainie Hill.

The last of seven structures came down this morning on the south side of Exchange Street between Ninth and 10th, in preparation for construction of a new building for The Astorian in 1970.

The cat is out of the bag.

At a Port of Astoria Commission meeting Tuesday, Jon Englund, whose business is at the base of Pier 3, told board members they needed to start talking about their plan to lease piers 1 and 3 to a log exporter.

For the past few weeks, the Port has been having confidential talks with a company interested in shipping logs from private tree farms to Asia.

Englund, owner of Englund Marine & Industrial Supply at the base of Pier 3, said he thinks the Port should be working with tenants that could be affected by the business venture, which would mark a significant change in direction for the Port if it comes to fruition.

“You have a lot of things on your plate all of a sudden,” said Englund. “I’m OK with being out front with stuff, but I don’t like being blindsided. That really irritates the hell out of me.”

Englund said it looks like the Port is making a transition “from where we have been to where we want to go,” and that the transition is “very delicate” because of the existing tenants who made investments in the Port under the previous leadership regime.

The East Mooring Basin causeway was closed abruptly to all vehicle traffic Friday after an engineering report from Oregon Department of Transportation showed the support structure is “near collapse in some areas.”

The sudden closure has upset some tenants in the East Mooring Basin, where the causeway connected 36th Street to large boat mooring spaces.

Georgia-Pacific is donating a rare, 682-acre parcel of Sitka spruce swamp in Knappa’s Blind Slough to The Nature Conservancy.

The land has been protected through a conservation easement since 1992 and managed by The Nature Conservancy ever since. It’s part of a 900-acre swamp preserved in Blind Slough — one of the largest remaining Sitka spruce swamps in the lower Columbia, according to Dick Vander Schaaf, coast and marine conservation director for The Nature Conservancy.

Northwest Aluminum Co.‘s projected Warrenton plant, for which construction is to start this summer, will be the third aluminum manufacturing plant in Oregon.

The revised processing method announced last week is the same as that used by the two other plants, Harvey Aluminum in The Dalles and Reynolds Aluminum in Troutdale.

Northwest’s current plan calls for processing granulated aluminum into aluminum ingots. The company had originally intended to import bauxite from Australia. Essentially the change eliminates one step in the local manufacturing process, conversion of bauxite to alumina.

Opinion is divided in Lewis and Clark District 5 desirability of a proposed merger with Warrenton School District 30.

The plan, to be up for State Board of Education consideration at a Feb. 19-20 meeting and, if approved, a vote in each district, would bring Lewis and Clark into a district offering education in grades one through 12.

It would give Lewis and Clark residents a voice in curriculum and operation of the high school their children attend. Lewis and Clark School now houses about 425 students in grades one through eight. Ninth graders attend Astoria Junior High School and 10th through 12th grades, Astoria High, on a tuition basis, as they have done for about 50 years.

A proposed revision of Astoria High School’s dress code, endorsed by the student council, gained approval of the school board Monday night.

Board members, noting that dress codes are not an official board policy and are up to the individual schools, adopted a resolution at the request of Larry Oja of the student council legislative committee.

Neatness and cleanliness always be observed.

The current dress code states that dress and hair style should be appropriate for school; that sideburns lower than the ears and beards should not be worn.

Oja believed the primary result of the change would be to allow girls to wear slacks at school.

The freighter Anton Chekhov, first Russian vessel to enter the Columbia River since 1948, is scheduled to unload 1,000 tons of steel products from Japan in Portland Feb. 17.

Astoria and Portland Coast Guard units will be in charge of security while the freighter is in the river.

News that her husband was one of 510 freed from Japan’s Cabanatuan prison camp on Luzon by the spectacular dash of Yanks and Filipino guerrillas ahead of MacArthur’s legions have been received by Mrs. Lucille Batcheler, trim, young enlisted Wave at the U.S. Naval Station here.

Astoria’s Fighting Fishermen lived up to their name last night, and ran their arch-enemies off the maple court into the USO Pavilion floor when they beat the Salem Vikings in a man-killing basketball game, 37 to 34.

The Fishermen and no-less stubborn Vikings meet again tonight in the first game of a doubleheader. In the second game the Fort Lewis Engineers, a powerhouse outfit from the nation’s largest training camp in Washington state, clash with Astoria’s U.S. Naval Fliers in the latter team’s last home appearance.

A vicious southerly gale, bearing sheets of rain, roared into Astoria and raked over the lower Columbia River last night and today, plunging power, transportation and communication facilities into their worst snarl in years, and threatening to hold on well into tonight.

The storm was judged locally to be the worst since October 21, 1934, and equal to the gale that doomed the freighter Iowa on Peacock spit with 32 hands lost on January 12, 1936.

If the Astorian-Budget is short on news today blame it on the storm.

At 8:45 a.m. the power in this plant, as through most of Astoria, failed. This meant a black-out of the United Press ticker in this office, and complete immobilization of all composition and printing machinery. This meant that metal in the lineotype machines hardened, and the prospects for the Astorian-Budget hitting the street at all, much less on time, were lower than the proverbial snake in a wagon track.

The United Press wire from Portland was not re-activated until well after noon. Meanwhile, power having been restored, the cold metal was heated again as rapidly as possible, and the nimble-fingered printers returned to their iron steeds for a desperate last-minute ride with the news. Much local news had to be ignored. Some departments thrown out all together. So there you have it.