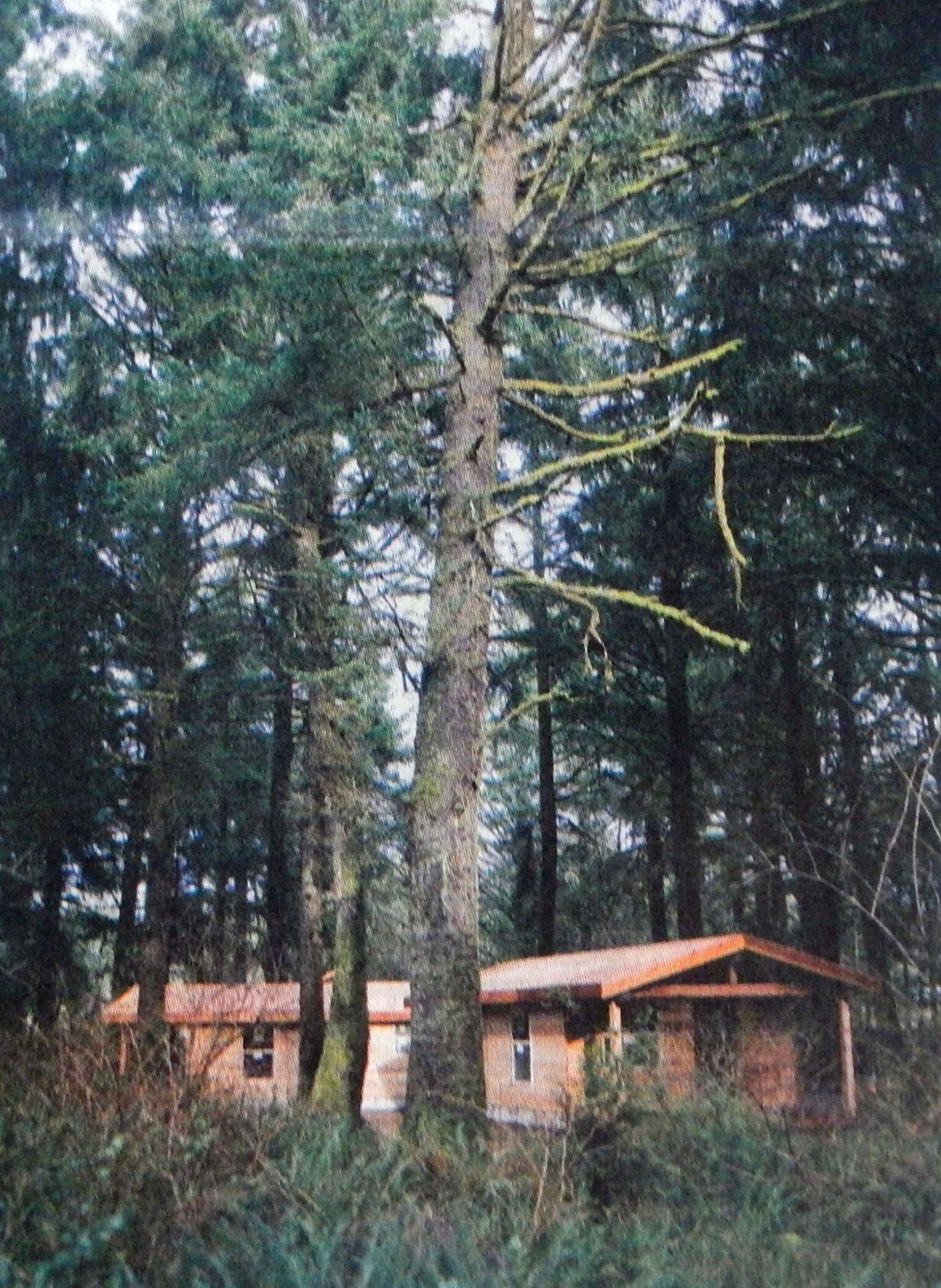 A pair of new deluxe cabins in Fort Stevens State Park in 2011. 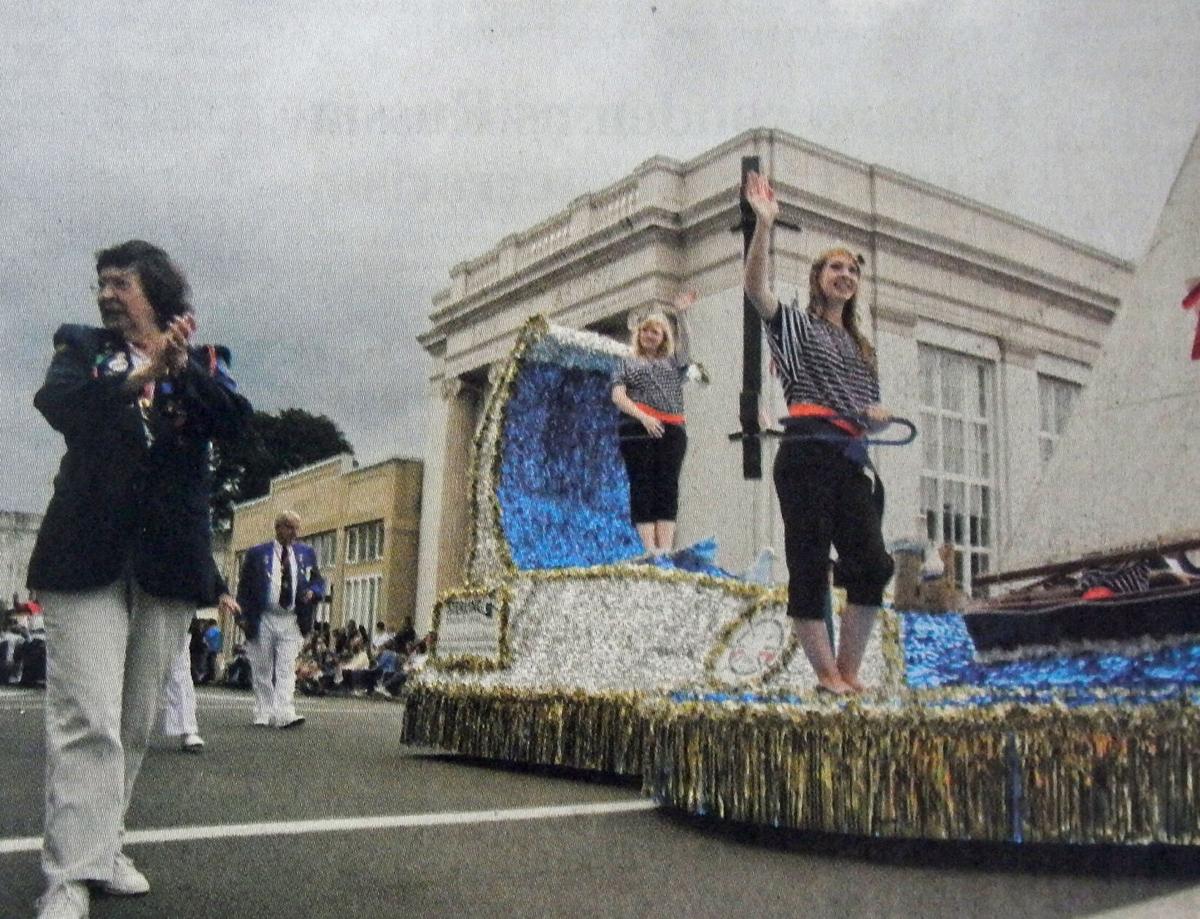 Charlene Larsen, left, leads the Astoria Regatta parade float in 2009. Larsen was the 2010 recipient of the Astoria-Warrenton Area Chamber of Commerce's George Award. 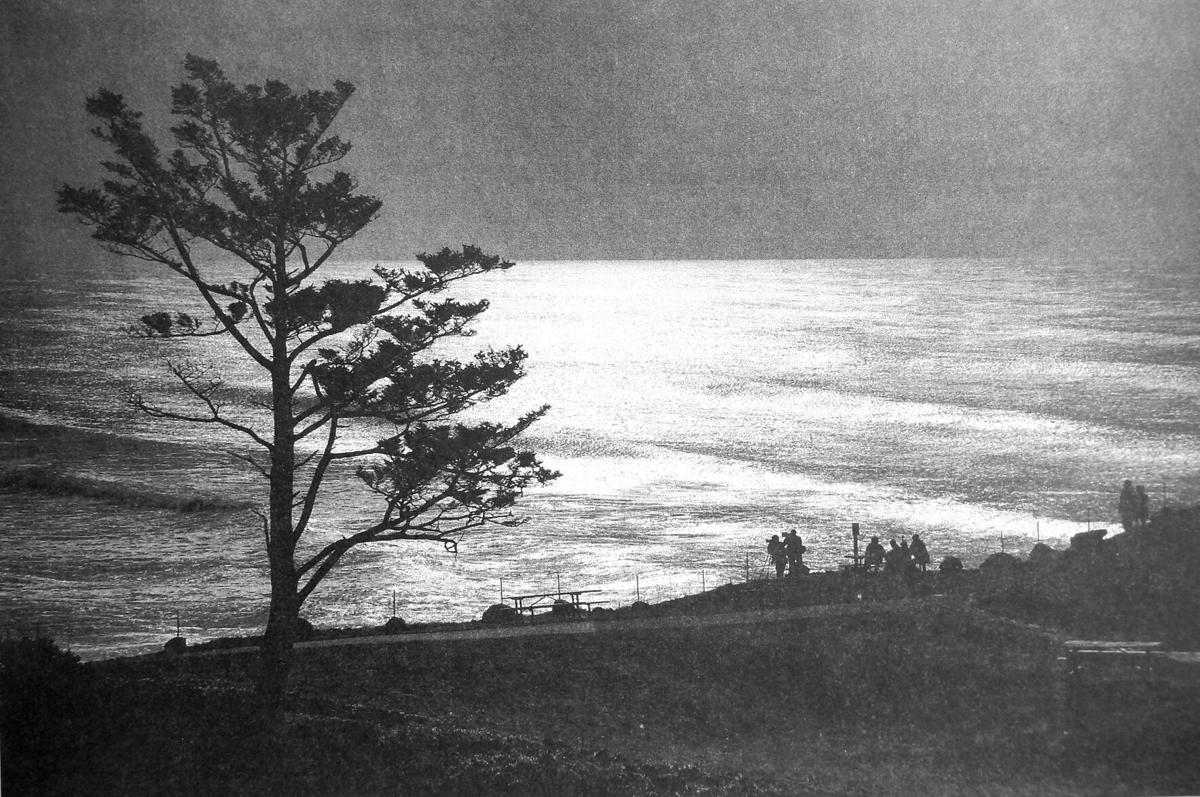 The sun reflects off the Pacific Ocean near Ecola State Park in 2011. 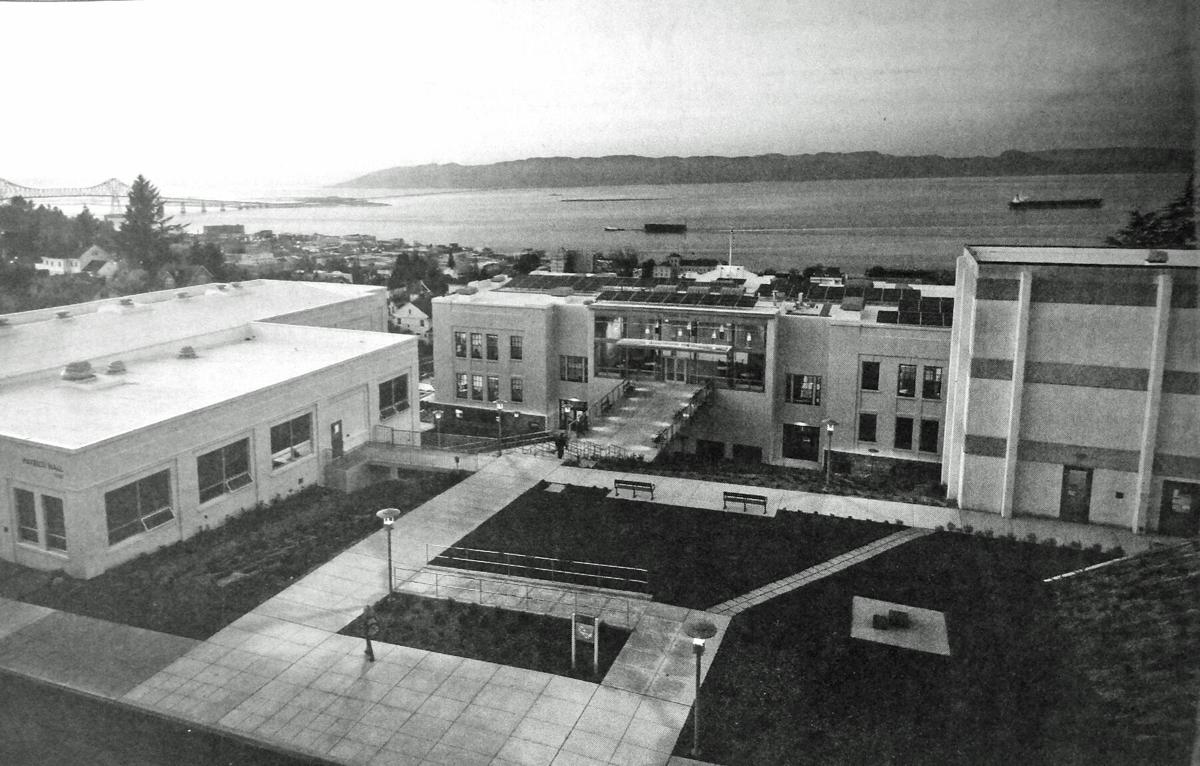 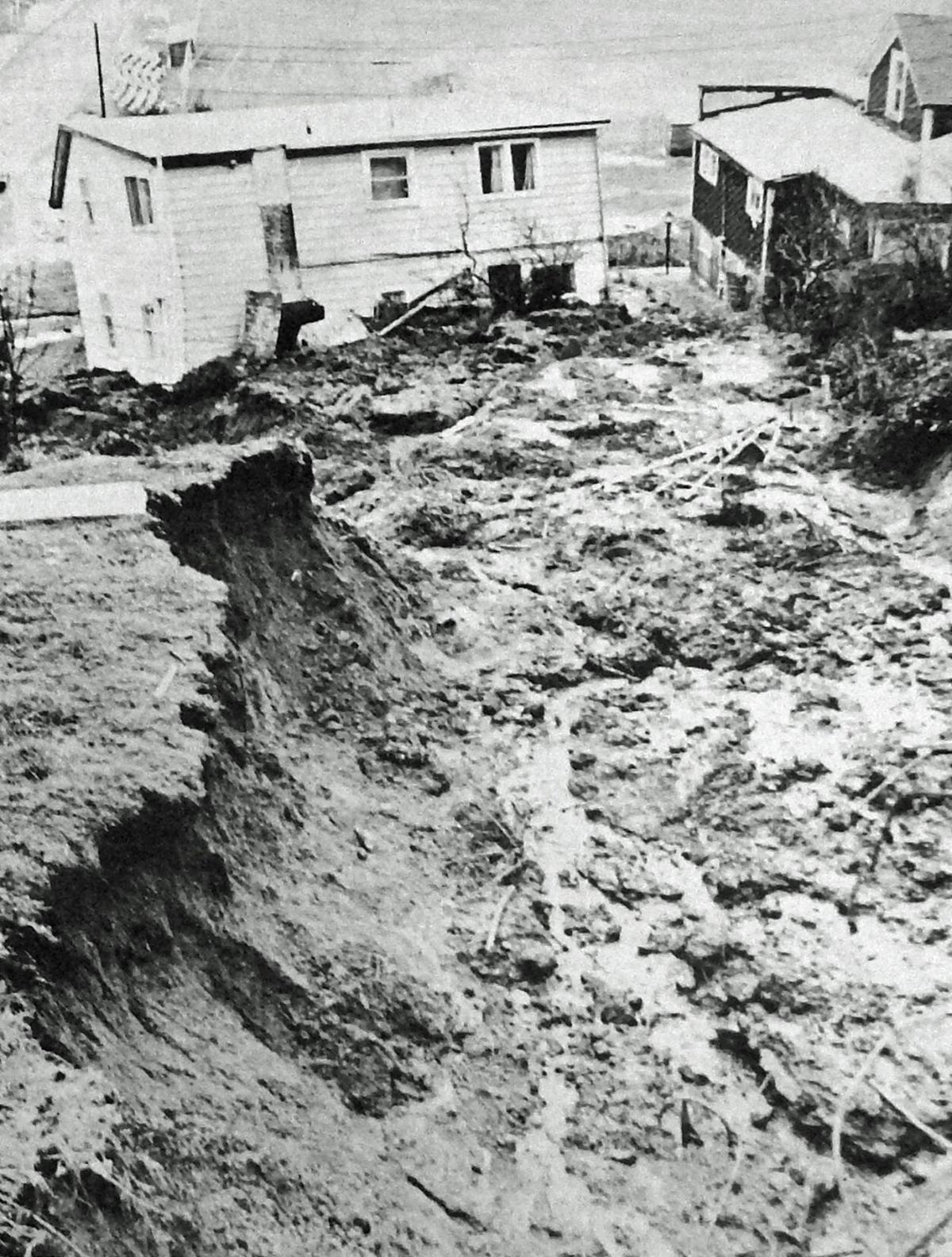 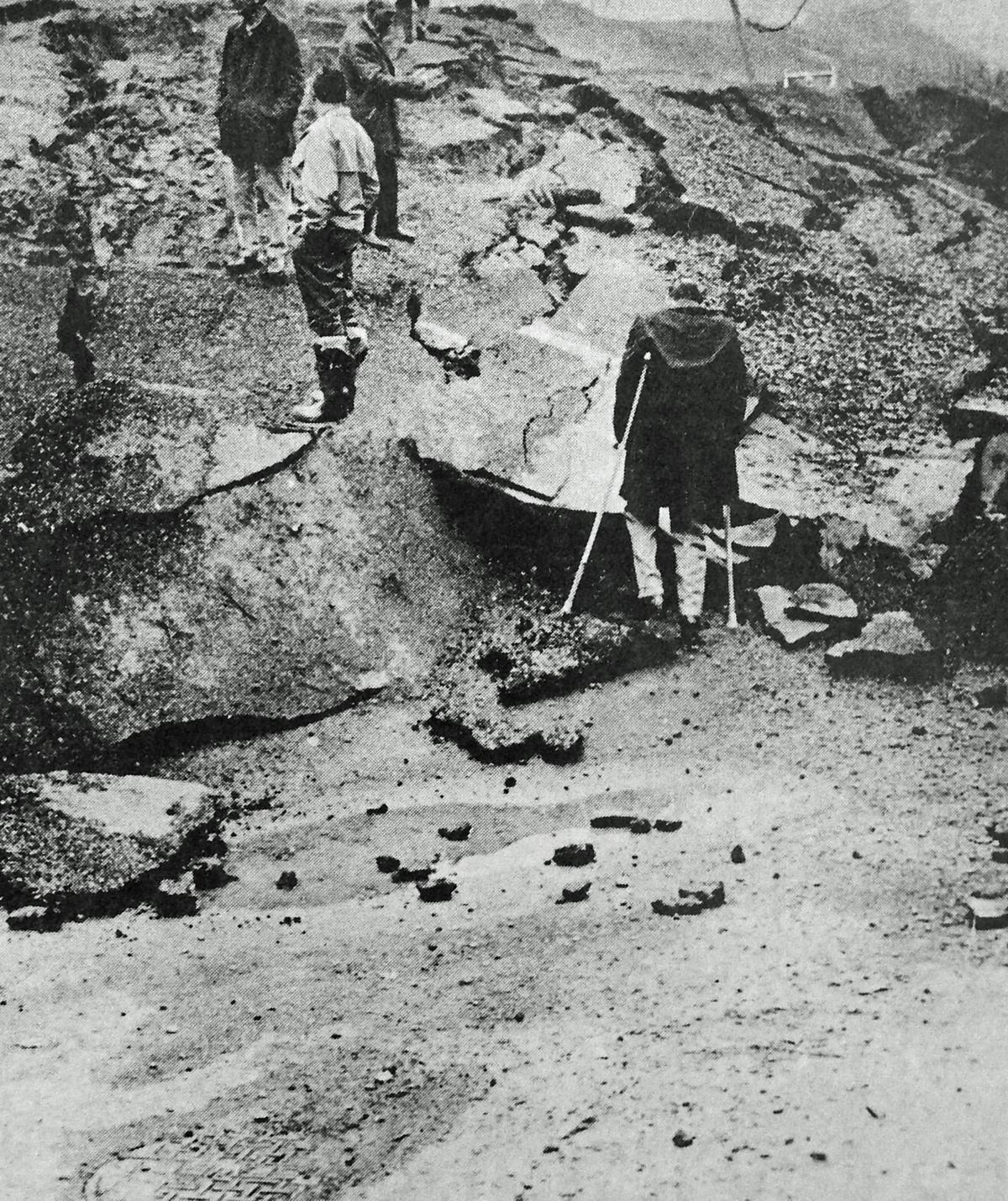 An Astoria mudslide is inspected in 1971. 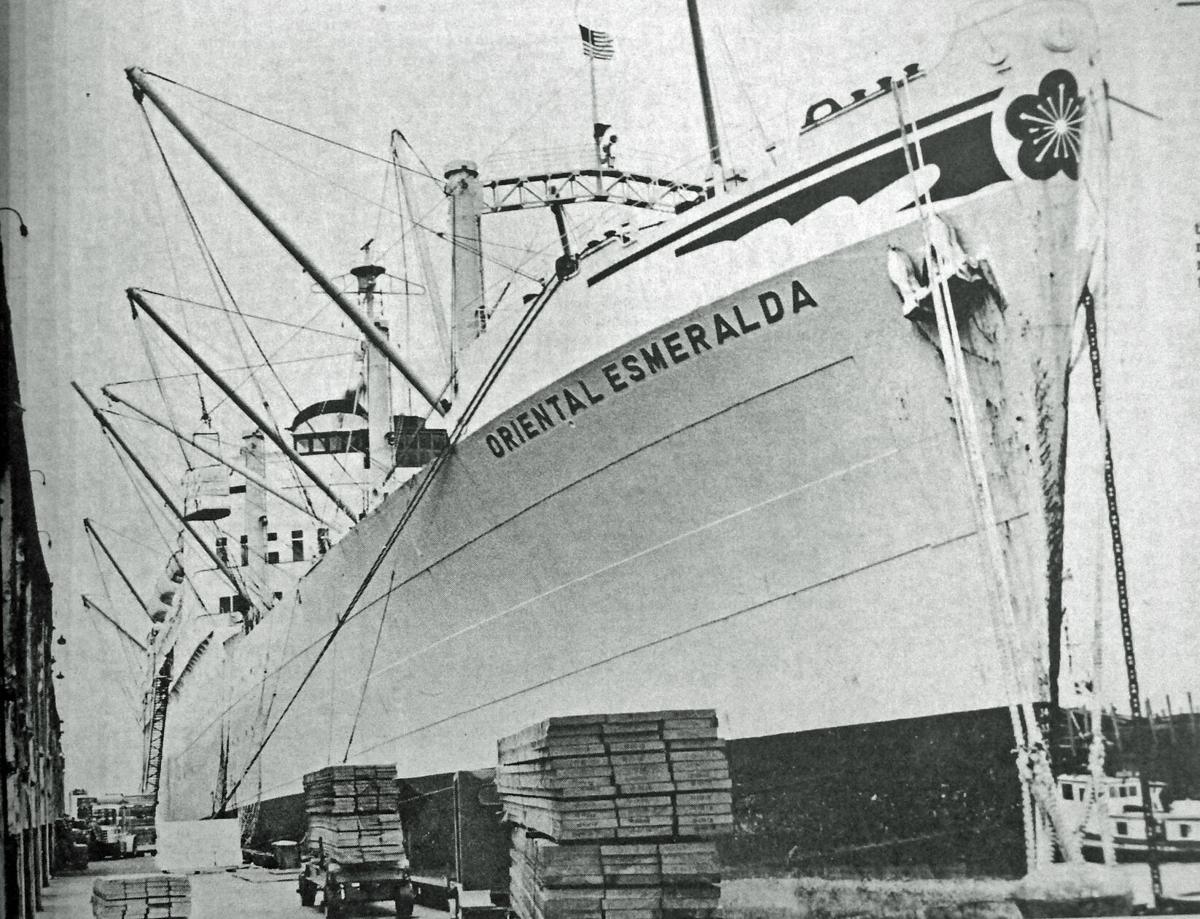 The Oriental Esmeralda, a large passenger freight ship, was delayed while traveling to Astoria in 1971 because of storms.

An Astoria house damaged by a mudslide in 1971.

A pair of new deluxe cabins in Fort Stevens State Park in 2011.

Charlene Larsen, left, leads the Astoria Regatta parade float in 2009. Larsen was the 2010 recipient of the Astoria-Warrenton Area Chamber of Commerce's George Award.

The sun reflects off the Pacific Ocean near Ecola State Park in 2011.

An Astoria mudslide is inspected in 1971.

The Oriental Esmeralda, a large passenger freight ship, was delayed while traveling to Astoria in 1971 because of storms.

An Astoria house damaged by a mudslide in 1971.

From the Astoria Regatta Association to the Astoria Lions Club, to just about every organization in between, Charlene Larsen has done it all and she’s done it with gusto.

Larsen was chosen as the recipient of this year’s George Award from the Astoria-Warrenton Area Chamber of Commerce on Saturday.

“In a community, such as Astoria and Warrenton, and the place I came from before, Seaside, volunteerism goes a long way,” Larsen said. “I’ve always been pleased to be part of our community, to make our community better and to be involved in the things that really make a difference in our community.”

The power-producing network that employs the rooftop solar panels on Clatsop Community College’s Towler Hall is now operational. The system has the potential to generate 42.5 kilowatts of power for Towler Hall.

The college has entered into a Power Purchase Agreement with the company SolarCity and its investors. According to the company’s website, SolarCity is the nation’s leading full-service solar provider for homeowners, businesses and government organizations — the first company to provide solar power system design, financing, installation and monitoring services from a single source.

SolarCity installed the net metering system and will maintain it for 15 years. The agreement allows the college to utilize clean, solar power electricity.

St. Mary Star of the Sea School will close at the end of this school year.

The Astoria school has been consistently running a deficit between $100,000 and $250,000 each year for a number of years. Tuition, fees and regular fundraisers have barely covered half of the school’s total operating expenses, according to a letter sent to students’ parents.

The closure is “due to the profoundly challenging nature of funding Catholic schools in the 21st century,” states the letter, signed by Rev. Ken Sampson and principal Tom Rogozinski.

It is “not due to any impropriety or mismanagement by the current, nor any previous leadership team,” the letter continued.

Rangers hope it will be the same way with the 10 new cabins under construction at the park.

If all goes according to plan, the cabins should be ready this spring, but no official opening date has been set.

Five houses were sliding in Astoria on Monday night and this morning. Residents had been evacuated from at least three others and those on Irving Avenue between 20th and 22nd streets were warned to be ready to move at any time.

As 4.8 inches of rain fell on the area in a 48-hour period, adding to the area’s seemingly continuous weather woes, slides and sunken pavement also hampered traffic movement on Clatsop County’s highways and roads, breaking the main water line to Astoria. The rail line into Astoria was also closed.

The hardest hit home was that of Mr. David Kindred, 666 20th St., which was ripped off its foundation by a massive mudslide at about 9:45 p.m. Monday. This morning it was 20 to 25 feet further downhill, with a sea of mud on both sides and projecting inside the house. The house was setting at a sharp angle and was in shambles inside.

The Astoria Area Chamber of Commerce enacted a resolution Monday reaffirming the position taken by the organization last August regarding location at Warrenton of an aluminum facility by American Metal Climax.

Supporting American Metal Climax in the controversy over possible plant pollution, the chamber points out that both state and federal regulation agencies are responsible in regulating harmful pollution and in the protection and promotion of “our many natural resources.”

The resolution also points out that the federal agencies are responsible for protecting the environment and ecology, with the power to regulate and close offenders.

The chamber notes, too, that the company has a good history and has won awards for responsible operation and control of their industries.

Gov. Tom McCall said that the company will be “a responsible citizen concerned with maintaining the splendid livability of Oregon.”

McCall also said the big plant will be of substantial importance to the economy of the North Coast.

“Oregon,” McCall said, “has a firm, well known and frequently expressed public policy of insisting that industry which comes to our state meet the most rigid environmental protection programs ... so far as the state is concerned, AMAX operate under the highest and best possible treatment technology available ... there will be no environmental damage.”

A temporary restraining order was issued against four Long Beach, Washington, families on Monday, prohibiting them from leveling sand dunes on their ocean-front property.

A hearing on Feb 1. will be for the four families to show why they should not be permanently restrained from bulldozing dunes on their Long Beach Peninsula property.

Warrenton, which in 1927 was described by an auditor as “hopelessly insolvent” and which in Depression years had a bonded debt of $440,000 saddled upon a population of 1,000 people and a total assessed valuation only slightly greater than the volume of debt, is now for all practical purposes on a cash basis.

Once considered by outsiders as the state’s most horrible example of municipal financial woes today had an outstanding bonded debt of $20,000, including interest due. The city has cash on hand to pay it off and would pay it off if the holders of the outstanding bonds could be located.

How has this near-miracle in municipal financing been accomplished? It is one of the most remarkable jobs in Oregon’s financial history, accomplished in large part by the expert work of two men, now both dead, who piloted the city by the Skipanon up out of the morass of hopeless insolvency into the clear day of solvency. These men were the late G. Clifford Barlow, auditor, city manager and police judge for many years, and Frank Franciscovich, Astoria attorney, who served for years as Warrenton’s city attorney. They worked closely together, under direction and general supervision of the City Commission in paying off the debt.

Many of the details of how they did it cannot be learned, as neither of the men responsible is here to tell the story.

Unloading at Beaver has been seriously handicapped by difficulty in obtaining freight cars.

SALEM — A certificate of election today was issued to Walter Norblad, a Republican, who was elected U.S. Representative from the 1st Congressional District of Oregon.

M.W. Pulkin, Astoria contractor, will put a bulldozer to work tomorrow on a tract of land in Warrenton on which he proposes to erect 15 modern residences for sale.

Pulkin purchased from Clatsop County a tract of an acre and a half on which he proposes to erect the homes. The land is on the main street of Warrenton, about 100 yards south of the road to the Warrenton Civilian Conservation Corps camp.

More than 50 railroad cars of lumber, cut to specified lengths, were shipped from the Bradwood mill during 1945 for the construction of pre-fabricated houses in Lafayette, Indiana, by the National Homes Corp.

The Seattle office of the National Housing Agency will open the trailer camp in Astoria for new rentals only for the use of construction personnel for the inactive fleet group berthing area project to begin here about mid-February.

Local interests had requested that the trailer camp be made available for such workers. Previously, no new applicants for renting trailers have been accepted.