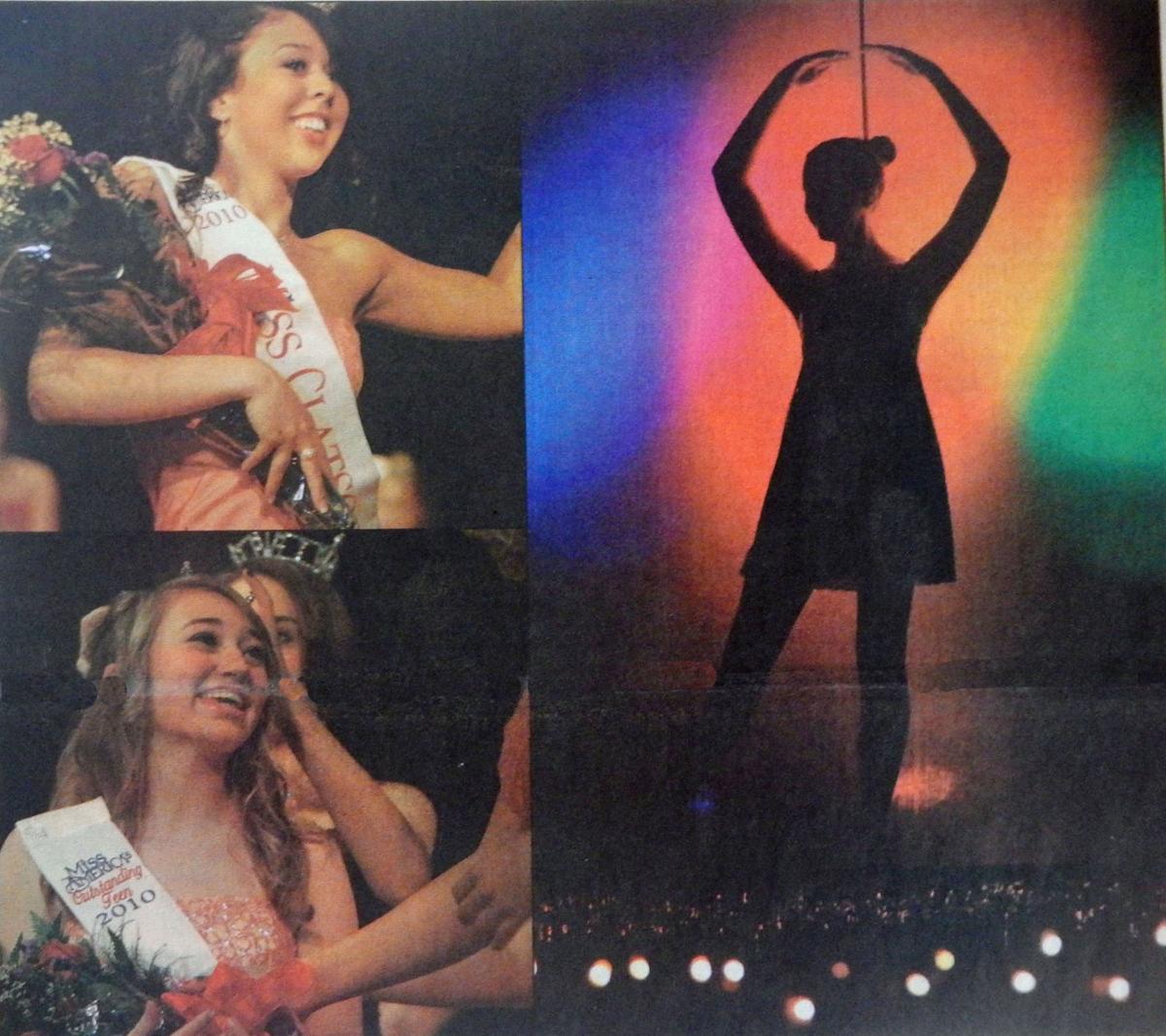 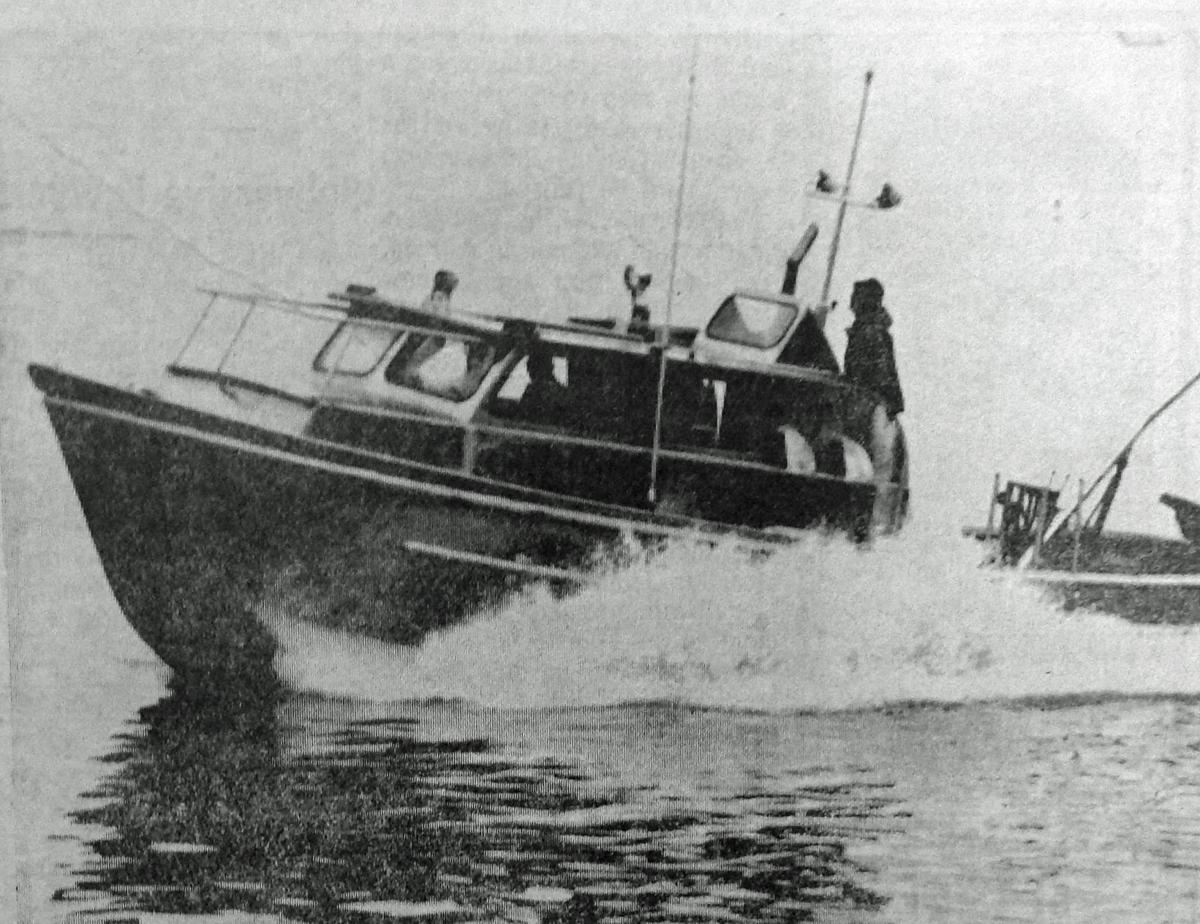 1970 – Astoria-based research vessel Sacajawea has joined the Oregon State University fleet used by scientists for studying Oregon bays, rivers and the ocean. The all-aluminum vessel, built in Canada, is 37 feet long and powered by a 300 horsepower engine. 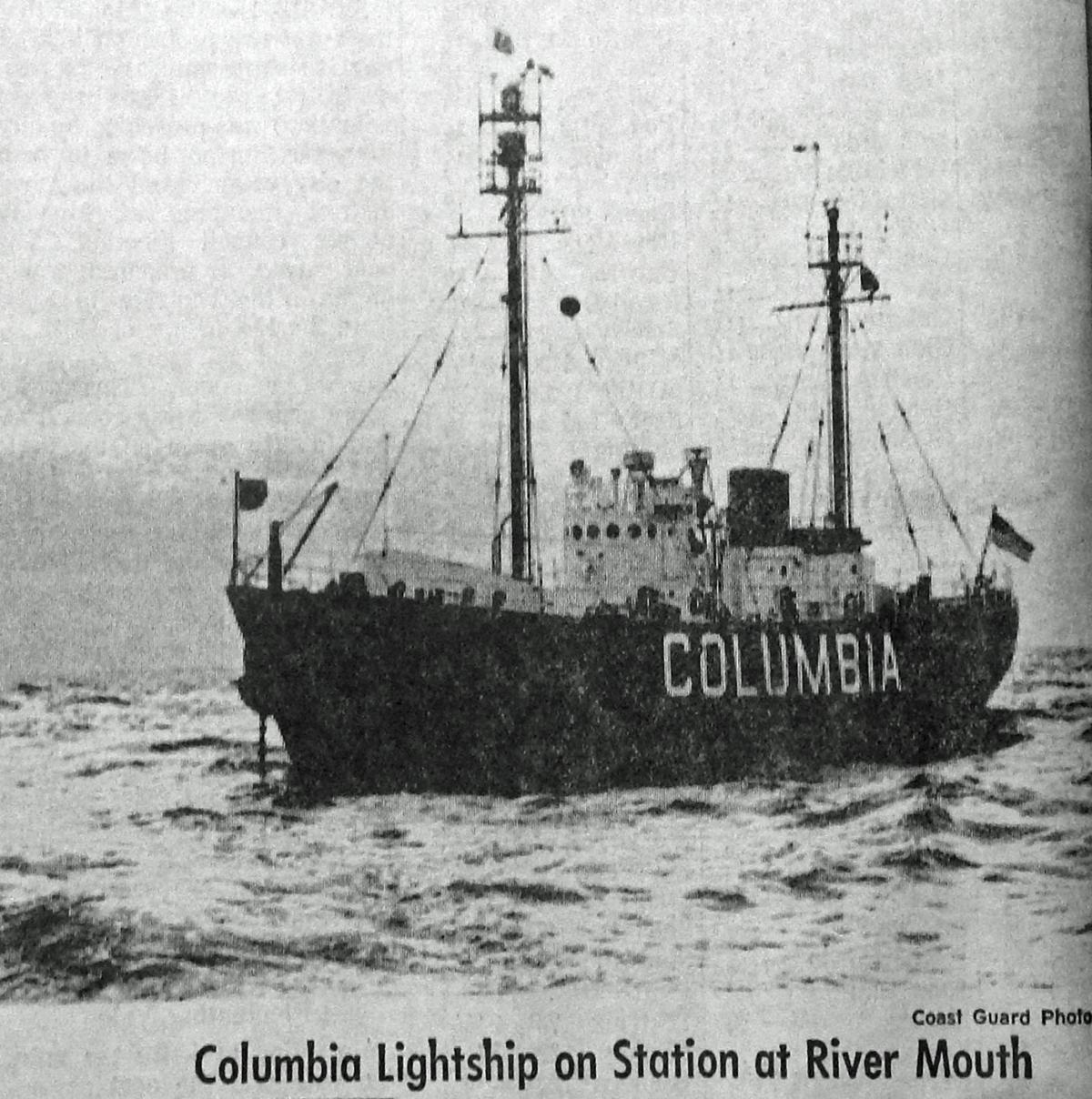 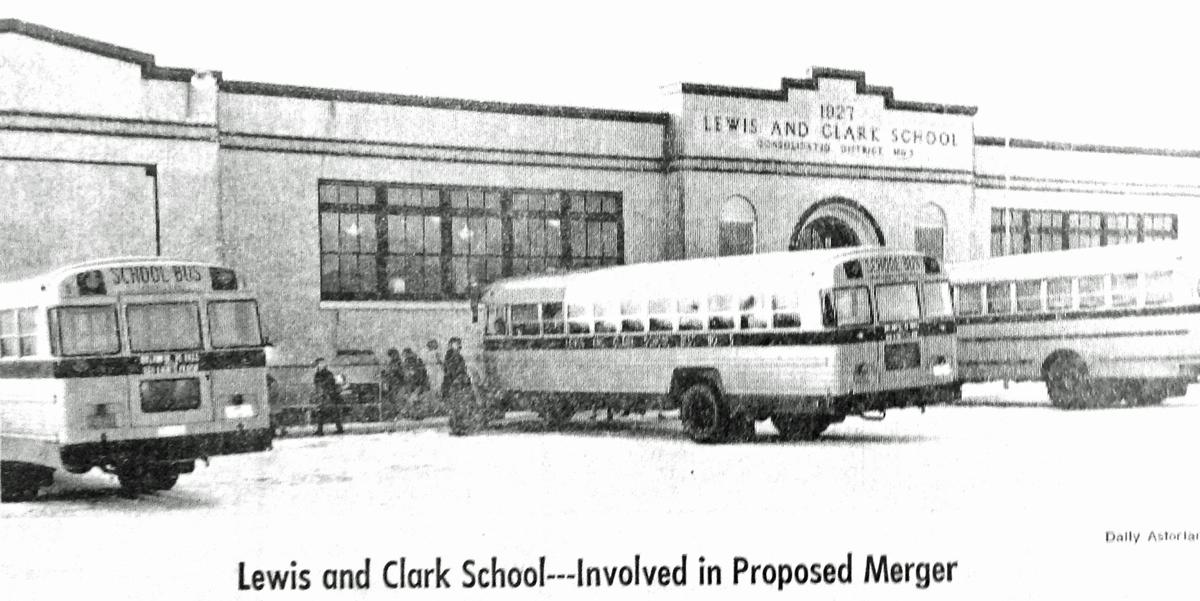 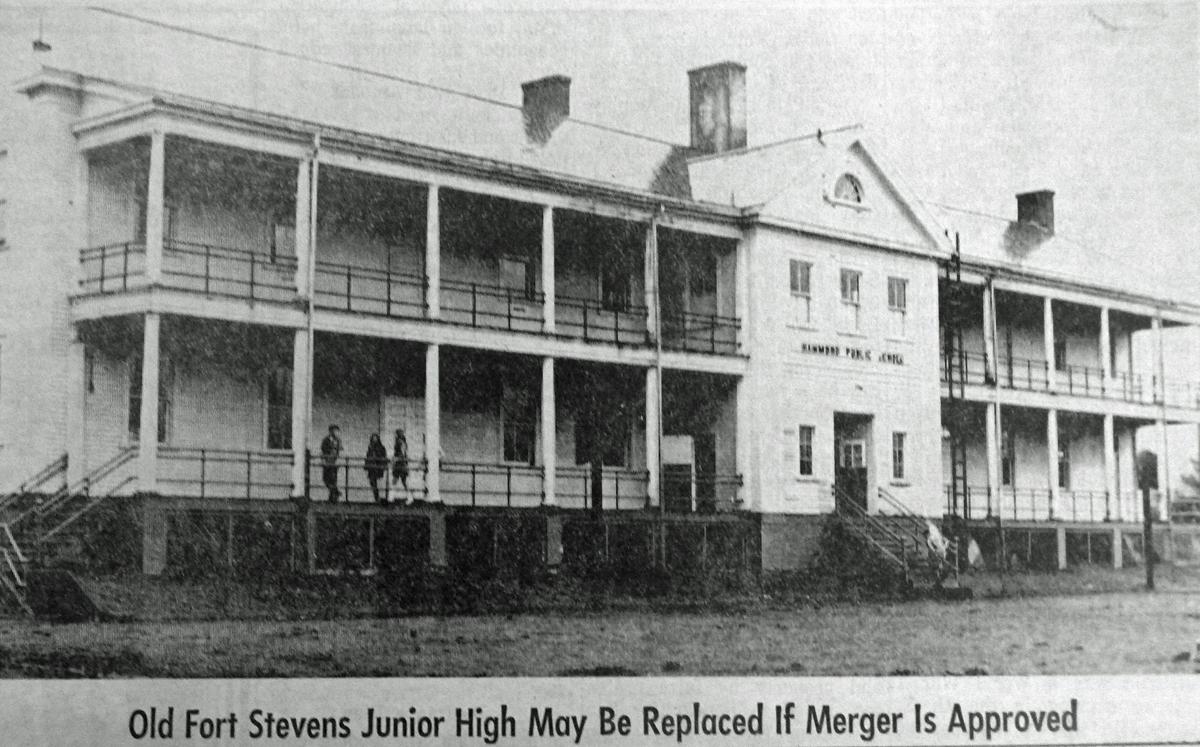 1970 – Astoria-based research vessel Sacajawea has joined the Oregon State University fleet used by scientists for studying Oregon bays, rivers and the ocean. The all-aluminum vessel, built in Canada, is 37 feet long and powered by a 300 horsepower engine.

SEASIDE — Alanna McCleary, 17, a senior at Astoria High School, is the new Miss Clatsop County. She will compete in the Miss Oregon pageant this summer.

McCleary received $1,025 in scholarships, and also won the Best Evening Gown Award, and the Best Lifestyle and Fitness Award.

They earned the awards Saturday night in front of a crowd of about 500 at the Seaside Civic and Convention Center. Among those congratulating her was outgoing Miss Clatsop County 2009, Jessica Hoffman.

WASHAWAY BEACH, Wash. — Beachcombers recently discovered a framework hewn from and partially decked with foot-thick wooden beams in the sands of Washaway Beach, on Washington State Route 105 west of Raymond near the mouth of Willapa Bay. Jutting hundreds of thick metal rivets, the wreckage was discovered on the extremely unstable beach area between North Cove and Tokeland and just south of Warrenton Cannery Road.

Its location prompted Pacific County officials to caution all who may be curious about the wreck.

“The public is warned to stay away from this shipwreck and the entire area,” County Administrative Officer Bryan Harrison said Friday. “Residents and tourists should consider the entire Washaway Beach area as potentially hazardous. It is not a safe place for the public to visit.”

Immediately, speculation began as to what the wreckage was and where it had come from. Rex Martin, executive director of Westport Maritime Museum, said the wooden structure could be what remains of the Canadian Exporter, a vessel that went aground in dense fog late on the evening of July 31, 1921, or possibly early the first day of August that year.

The Canadian Exporter is no stranger to being discovered as the Chinook Observer reported March 11, 1999, when 2-foot-by-2-foot fir timbers each worth $2,000 to $7,000 began washing up between Willapa Bay and Grays Harbor. They were marked “HRM” — short for timber company H.R. McMillan — and were believed to have worked their way loose from an unsalvaged portion of the Exporter.

U.S. Rep. David Wu stopped into the Tongue Point Job Corps Center Thursday to celebrate a birthday and more than a dozen new “green” projects at the Astoria campus.

Forty-five years ago, on Feb. 2, the center accepted its first students with funding from President Lyndon Johnson’s Great Society program; it was the country’s second job corps center of the 124 now in operation, and it is the largest in the Northwest.

“We’re primarily an aid to navigation vessel,” career Coast Guardsman Melvin Hirahara explained casually as the Columbia River Lightship bounced and jerked on the rough water at its station some 2 miles beyond the Columbia River Bar.

Every dizzying dip of the ship could be felt in the ward room where Hirahara, sorting through the ship’s mail, continued explaining how the ship acts as a kind of floating lighthouse for mariners approaching the mouth of the Columbia River.

The ship broadcasts a steady radio beacon of two long and two short signals around the clock to let approaching ships know the lightship’s exact location, and from that the oncoming ships chart their course for the Columbia River.

On top of the main mast, some 57 feet above the water line, a main light slowly revolves every 10 seconds, sending their location out across the waves.

In foggy and foul weather, a fog signal is added to the lightship’s arsenal of navigation aids.

John Christie, board chairman, called a special meeting of the IED for the purpose of voting following the second and final formal hearing on consolidation. The IED will now submit the plan to the state Department of Education for their consideration, and if approved there, will be submitted to the leaders of the two districts for approval. Some 150 residents were in attendance at the hearing.

One of the largest vessels ever to load cargo at the Port of Astoria will head for home sometime next week, on the last leg of a six-month voyage which has taken the Indian bulk carrier nearly around the world.

The Chennai Sadhanai, owned by South Indian Shipping Co., of Madras, is one of the port’s largest visitors both in gross tonnage, 24,365, and length 666 feet (and 6 inches, emphasized Capt. A. Rikhye).

Bumble Bee Seafoods objected publicly today to the proposed site of a sewage treatment lagoon (39th and Leif Erickson Drive) the day before Astorians vote on a proposed $5 million bond issue to finance the project. The company, whose cold storage plant is next to the proposed lagoon site, said it “enthusiastically endorses and supports” the proposed bond issue, though.

Bumble Bee President John McGowan told The Daily Astorian this morning his firm was completely in favor of Astoria building sewage disposal and treatment facilities” but was opposed to the site location.

Representatives of the Pacific coast logging industry started converging on Seaside today for the opening Wednesday of the three-day Pacific Logging Congress, which is expected to attract more than 1,300 delegates and jam the hotel and and transient housing facilities of Seaside and Gearhart.

There were 1,300 registrations on file for the congress last week. The event, last held at Seaside in 1937, will take place in the Hotel Seaside Wednesday, Thursday and Friday. The hotel will be closed to the public during the congress, and the big Hotel Gearhart will be opened for the event by John Osburn and Marshall Leathers.

A part of the program will be a gigantic log-truck parade at 10 a.m. Thursday, when 50 loaded trucks will roar through Seaside as part of a feature that will be filmed for widespread distribution.

Arthur Anderson, manager for the Northwest system of the Northwest Cities Gas company with headquarters in Walla Walla, Washington., was elevated to managership of the corporation’s three-state holdings from his position as Astoria’s branch manager.

Anderson said Astoria continues to lead all cities of the system in “precustomer use” of gas, largely because of the many combinations of gas appliances in Astoria homes. He said that although Eugene (with a population about three times that of Astoria) has more customers, there is more gas consumed by Astoria homes.

Despite loss of key faculty members and problems incident to war time, the Astoria school system continues to function in every vital particular and with emphasis on the vocational guidance program, Emmett Towler, high school principal, told Kiwanians at their regular weekly luncheon session at Amato’s Thursday noon.

Towler said that graduates of the Astoria High School, entering colleges of the Northwest recently, are maintaining the high scholarship grades reported in former years and that more than half of the entire 1945 high school student body is enrolled in some kind of home economic or industrial training courses.

Clarence Short, member of the Astoria School Board, voiced appreciation of the educational leadership given locally by Arle Hampton, city school superintendent, during his introduction of Towler.

The Astoria High School principal said that he expected that post-war educational programs would feature instruction in languages, especially Spanish and Portuguese and possibly Chinese, in connection with this country’s “good neighbor policy” with the nations of South America and the far east.