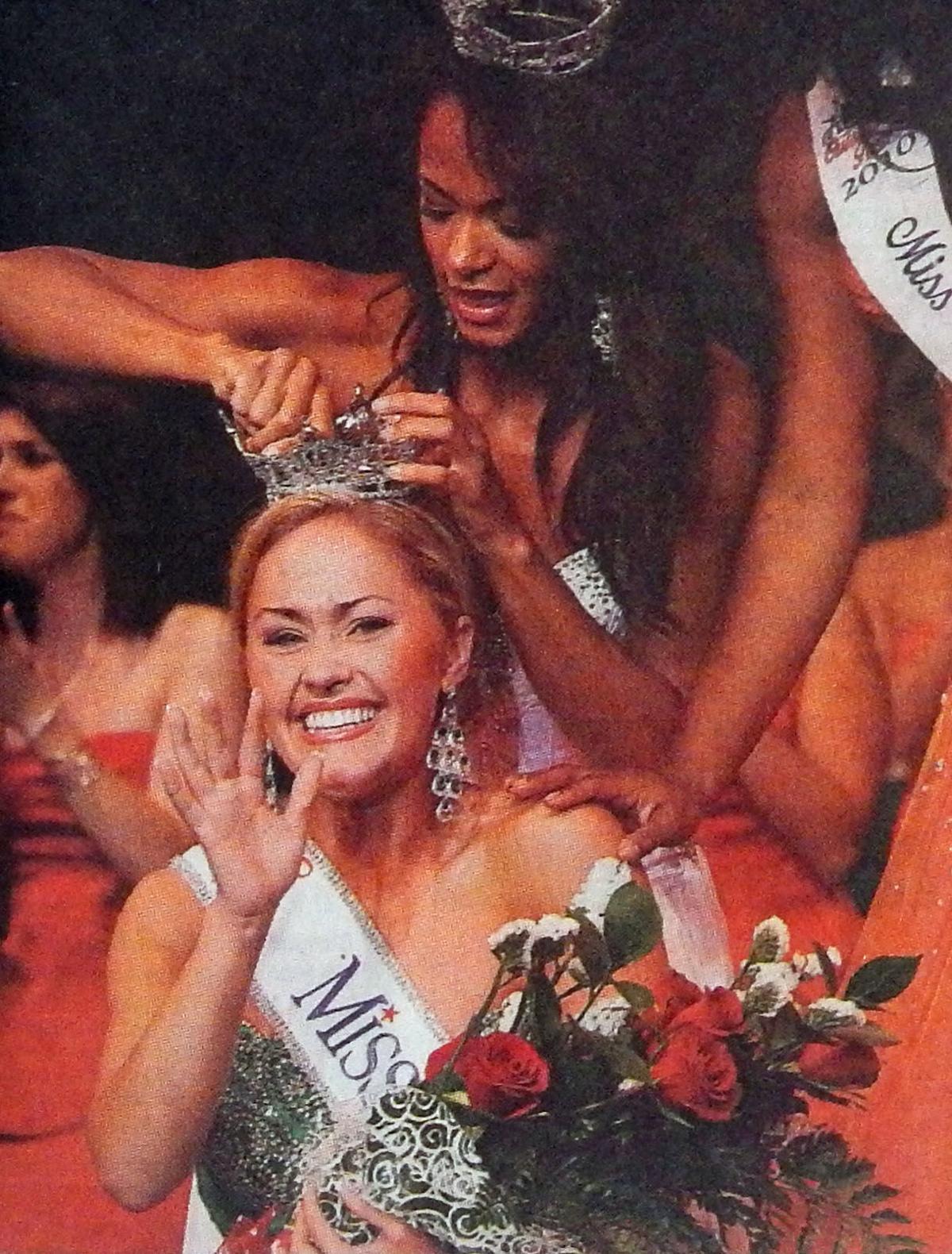 Multnomah County’s Stephenie Steers reacts with joy and tears as she is crowned Miss Oregon in 2010. 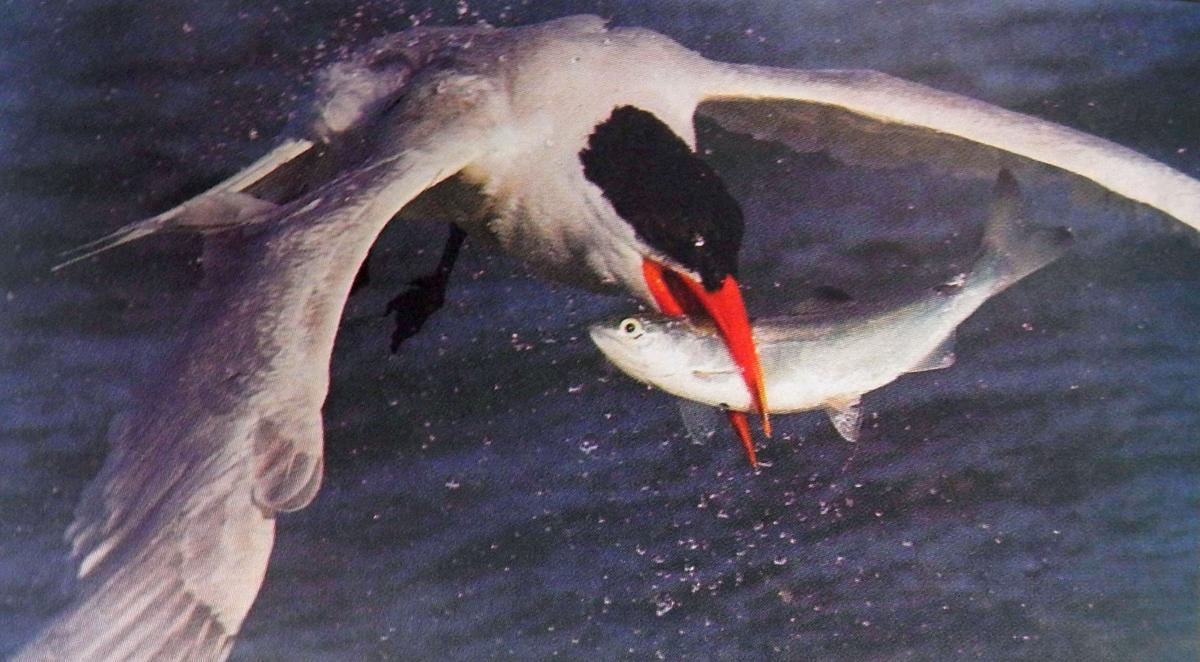 A Caspian tern snatches a salmon fingerling from the waters of Youngs Bay in 2010. Some researchers believe that terns are a major source of salmon depletion in local waters. 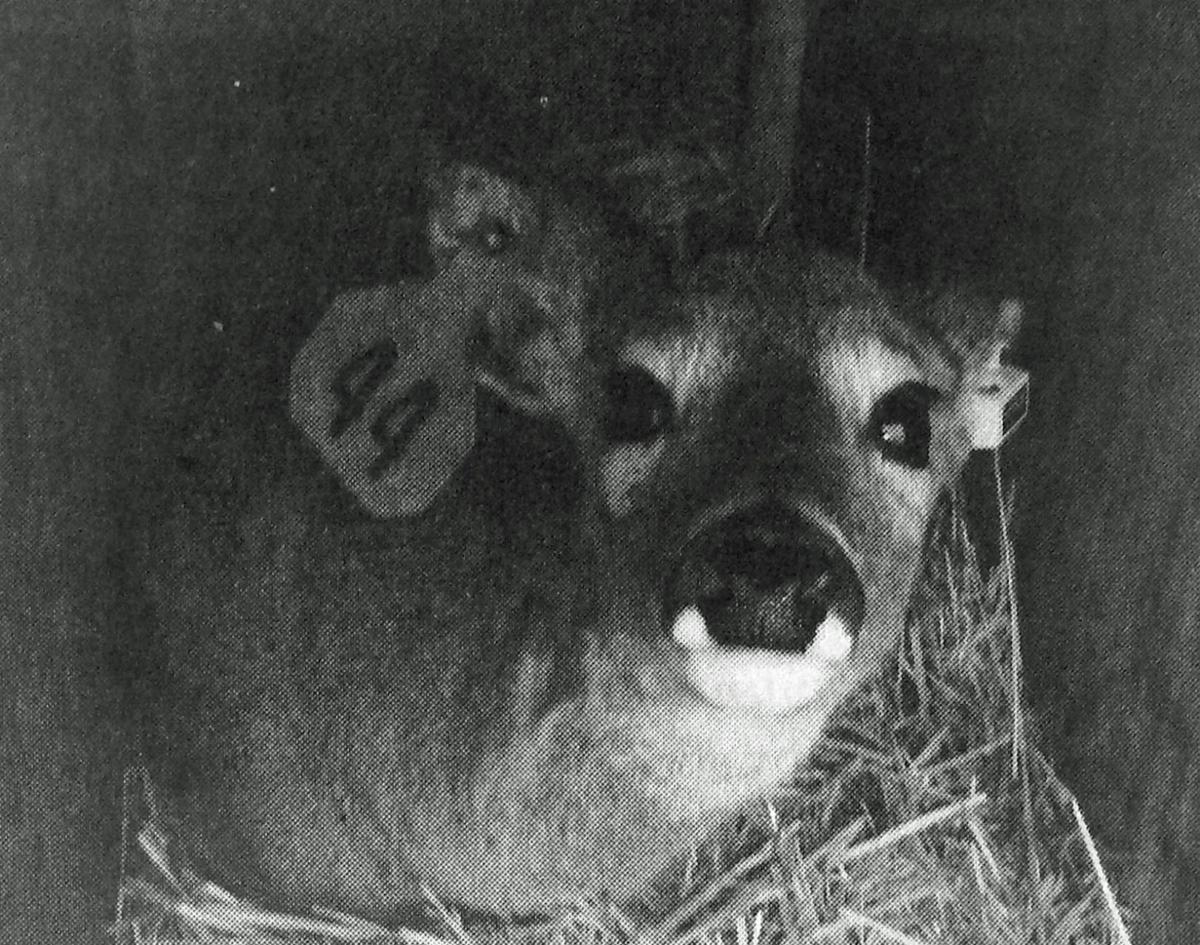 A Columbian white-tailed deer was transported from Douglas County to the Julia Butler Hansen Refuge in Cathlamet, Washington, in 2010. 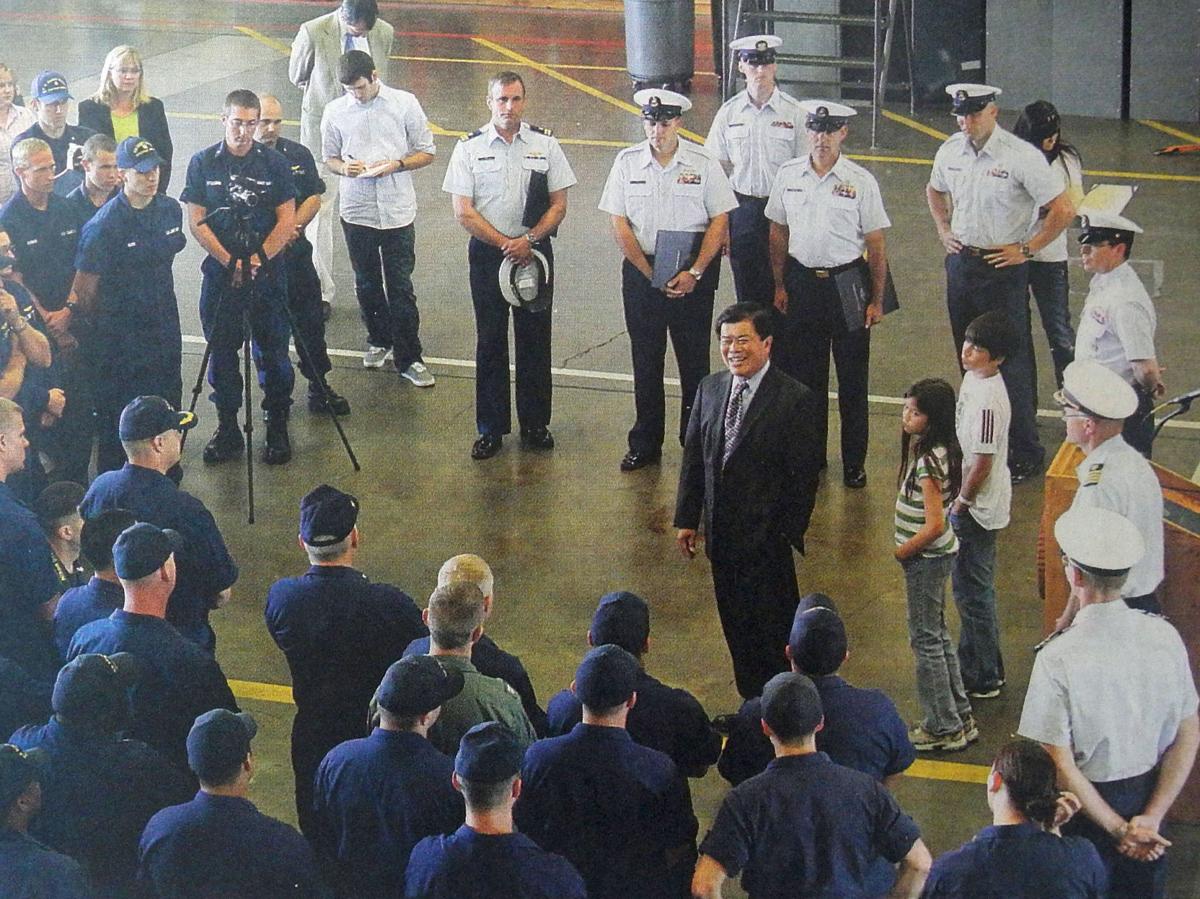 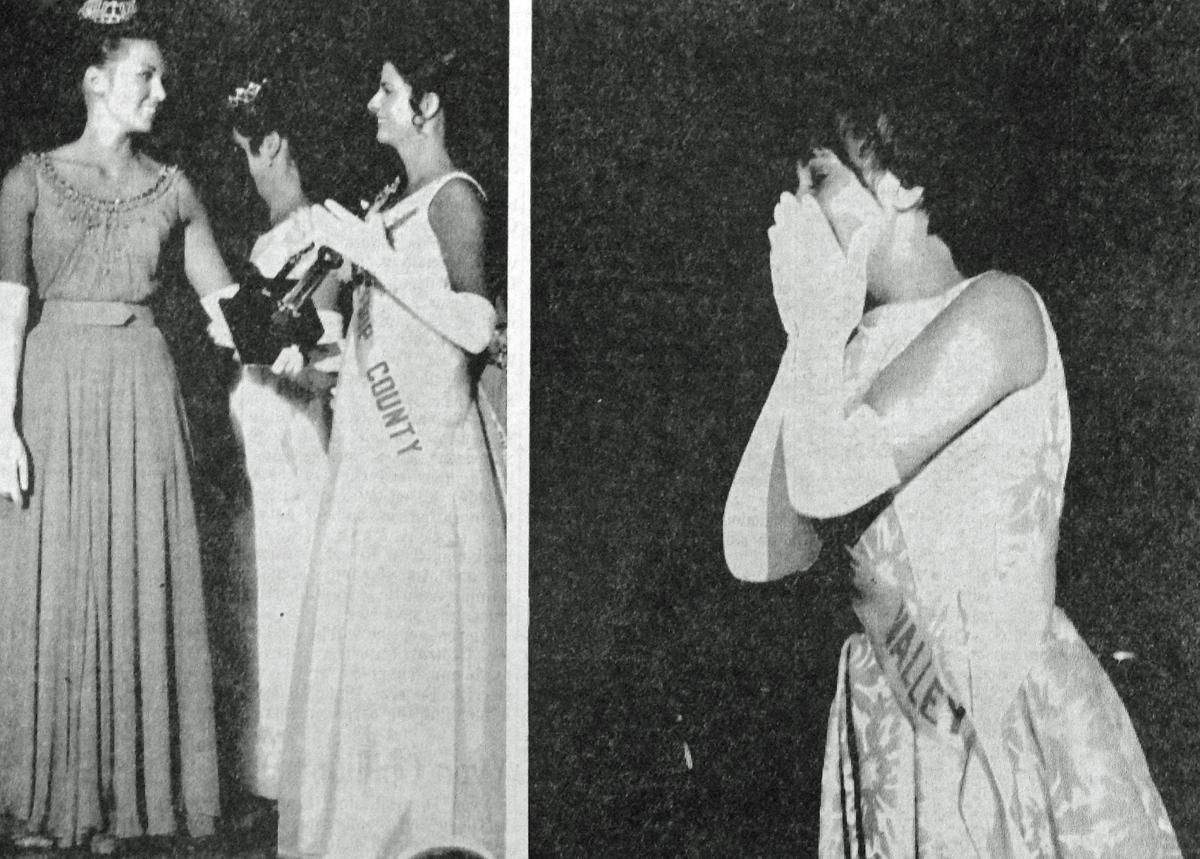 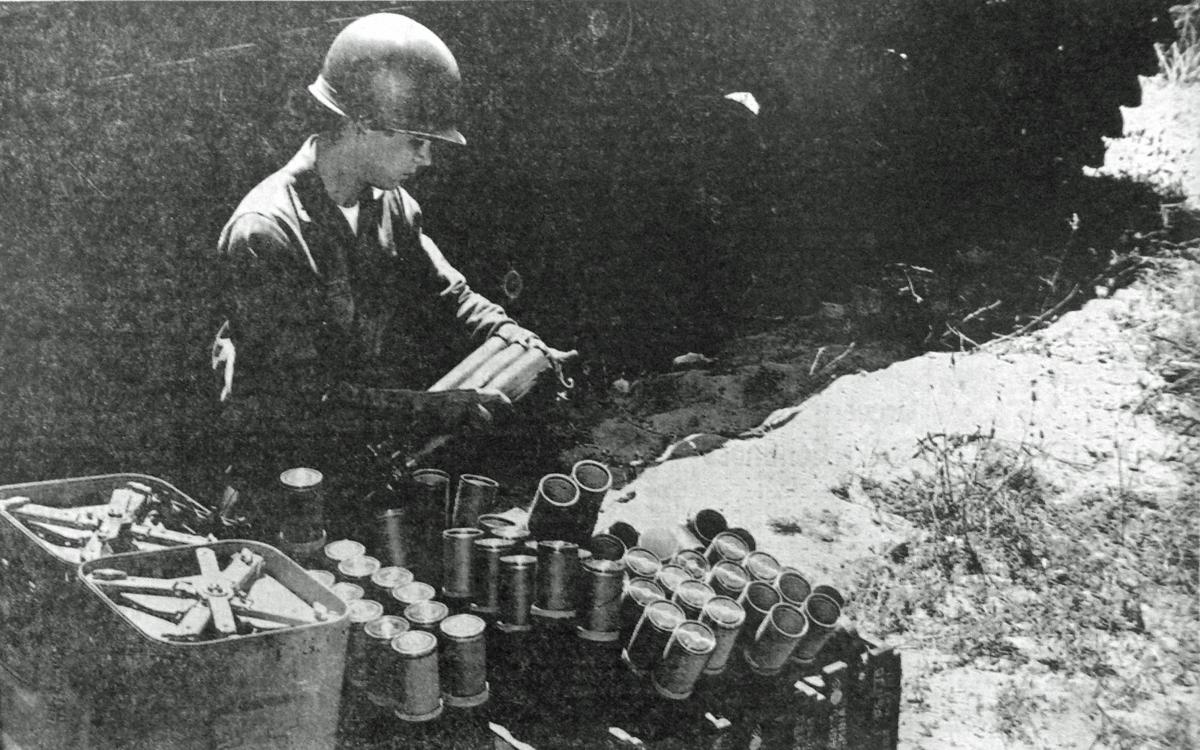 A National Guardsman loads 40 caliber rounds for practice firing in 1970. 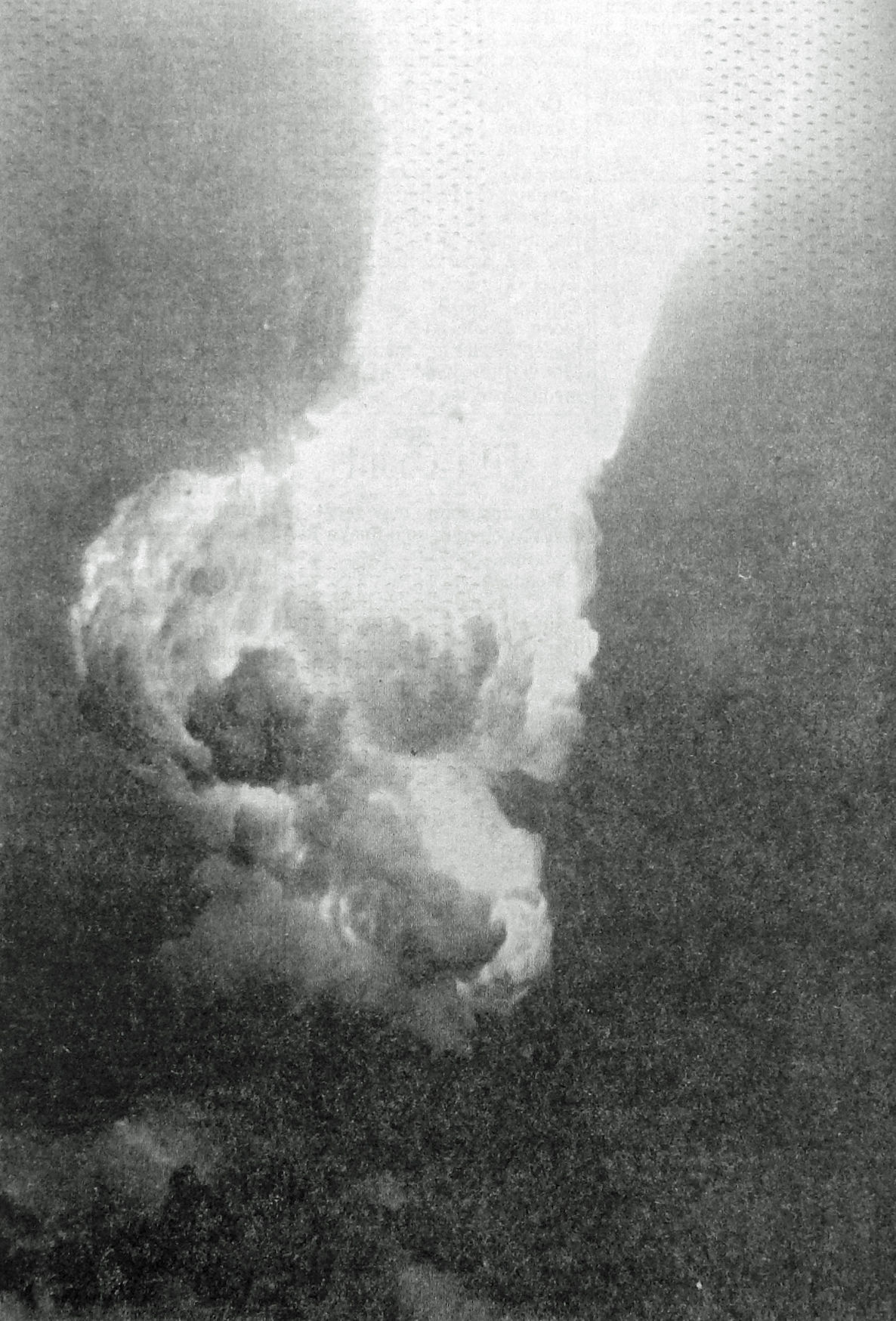 A ball of fire soars skyward from a simulated atomic explosion at Camp Rilea in 1970.

Multnomah County’s Stephenie Steers reacts with joy and tears as she is crowned Miss Oregon in 2010.

A Caspian tern snatches a salmon fingerling from the waters of Youngs Bay in 2010. Some researchers believe that terns are a major source of salmon depletion in local waters.

A Columbian white-tailed deer was transported from Douglas County to the Julia Butler Hansen Refuge in Cathlamet, Washington, in 2010.

A National Guardsman loads 40 caliber rounds for practice firing in 1970.

A ball of fire soars skyward from a simulated atomic explosion at Camp Rilea in 1970.

SEASIDE — Tears appeared on Stephenie Steers’ cheeks when her name was announced. For a moment, she didn’t know what to do, but her fellow contestants in the Miss Oregon pageant swept in and took care of any indecision.

The women on stage in the Seaside Civic and Convention Center Saturday night showered Steers with hugs and smiles, and presenters placed the tiara on her head. Still in shock at being named Miss Oregon 2010, Steers stared out over the crowd and tried to thank the judges with a few mouthed words of gratitude, but then she was enveloped once again by the swarm of well-wishers.

NASSAU, BAHAMAS — For two years he stayed a step ahead of the law — stealing cars, powerboats and even airplanes, police say, while building a reputation as a 21st century folk hero.

He even made appearances in Warrenton and Ilwaco, Washington, recently.

But Colton Harris-Moore’s celebrity became his downfall. Witnesses on the Bahamian island of Eleuthera recognized the 19-year-old dubbed the “Barefoot Bandit” and called police, who captured him Sunday after a high-speed boat chase.

In an effort to bolster the endangered Columbia River population of white-tailed deer, agency biologists relocated eight deer from Douglas County in Oregon to the Julia Butler Hansen Refuge in Cathlamet, Washington. The deer were captured, disease tested, transported, collared and released in March.

After three months, six of the eight deer are accounted for and Paul Meyers, U.S. Fish and Wildlife Service biologist for the refuge, is pleased with the result.

Bipartisanship is usually an elusive thing in politics, but when it comes to the U.S. Coast Guard, it’s all but guaranteed — at least it is with U.S. Coast Guard Group Astoria.

In February, U.S. Rep. David Wu, D-Ore., introduced a resolution on the floor of the House of Representatives that sought to acknowledge the hard work and dedication Group Astoria has shown in over 60 years of service.

On Monday, Wu was in Warrenton to present Group Astoria with copies of that resolution and to personally give his thanks. As an officer read the entire three-page resolution, Wu shook the hands of the ranking officers, presenting each of them with a bound case with the resolution inside.

Looking stunned with the announcement of her selection to represent Oregon in the Miss America pageant this fall, the brown-haired, brown-eyed Medford miss rose graciously to accept a gold crown and scepter from Margi Huhta, ending her reign as Miss Oregon 1969.

A five mile stretch of beach bordering Camp Rilea will be closed, during parts of the next two weeks, starting today, according to Oregon Army National Guard officials.

The closed beach area is being used as an impact area for rounds from M-42 self-propelled guns fired by 3rd Automatic Weapons Battalion, 248th Artillery, the largest of 12 units which is undergoing annual field training exercises at Camp Rilea. There are approximately 90 officers and 658 enlisted men participating in the training.

The Washington State Department of Ecology has ordered the Weyerhaeuser and Georgia Pacific companies to eliminate mercury pollution by 1971 or shut down operations. Both have reported ability to meet the deadline.

The plants discharge mercury waste used as electrodes in the production of chlorine and alkali for use in the manufacture of wood pulp.

Prospects of a new Warrenton industry which would cost approximately $3 million to construct and employ an ultimate labor force of 500 to 600 men are considered by the Port of Astoria Commission Tuesday night.

American Pipe and Construction Co. (an Ameron company), of Portland, submitted to the Port a check for $300 for “first right of refusal” option for possible lease of port-owned land on the east side of the Skipanon waterway.

Port Manager C.E. “Ted” Hodges said the firm plans to bid on a contract for deep-water fixed building offshore oil drilling production platforms and, due to the height of the 17,000 ton platforms, it is necessary for them to be constructed west of the Astoria Bridge. They would be built here and transported by sea to their destination points, he said. It may be up to a year before the company knows if it will get the contract, however.

CAMP RILEA — A simulated atomic blast that may be visible for miles along the Clatsop County coast will be detonated here between 7 and 7:30 p.m. today. The detonation is part of tactical training exercises being conducted by Headquarters Battery, 249th Artillery and the 3rd Automatic Weapons Battalion of the Oregon Army National Guard.

The explosion begins a 24-hour exercise in which the capabilities of the units to respond in the event of a nuclear attack will be evaluated.

National Guard officials said the blast will probably be heard from as far north as the South Jetty and from as far south as Seaside. The simulated atomic explosion will in no way endanger National Guardsmen, officials said. The device which creates the explosion is a 50 gallon drum filled with an explosive designed exclusively to produce a loud noise and to frighten the soldiers. The Guardsmen will not be notified in advance when the explosion is to occur.

Officials said the mushroom from the blast could be as high as 1,000 feet if there is no wind. The mushroom may be visible for as long as half an hour.

CANNON BEACH — The sixth annual Cannon Beach Sandcastle Contest gets under way in the early morning hours Saturday, when adventurous sandcastle sculptors arrive on the beach near Haystack Rock to begin their projects.

Although no large deliveries of albacore were made at this port today, there were increasing signs that the flood was about due, and fishing boats were icing up madly Monday and today in anticipation of the grand and official opening of the 1945 albacore season.

The Navy’s blimp radioed news of a school of albacore off Cape Disappointment this morning, and was heard giving radio directions to fishing boats in that area. The news was broadcast over radio station KAST at noon today.

The largest fleet in the history of the local industry was ready for the banks this week, and many of them were already fishing, according to industry sources.

Cash awards were given to three civil service employees of the Astoria naval air station for suggestions beneficial to the war effort submitted to the station under the beneficial suggestion program, the Navy announced today.

Loud explosions heard today near the mouth of the Columbia River were the result of naval gunnery operations being held in local waters, the 13th naval district stated.

The Navy declined to disclose details of the operations and stated, “routine gunnery operations being held today in local waters have resulted in loud explosions.”

An experiment in the growing of mint on irrigated land in the southeastern part of Clatsop County is underway by Wilfred Parman who several years ago bought a considerable tract of cutover land from the county. He has 15 acres in mint across the Clatskanie-Birkenfeld highway from the Vesper schoolhouse and will start his irrigation as soon as the Western Oregon Electric company completes a power line to his pumping plant. This is expected to be done within the next few days.

The need for a new mooring basin in Astoria for the fishing fleet has been found to be a real one by C.B. Carlson, fisheries engineer for the U.S. Fish and Wildlife Service, who has been here for several days pursuing an investigation for his department. He will make his formal report soon to the division of commercial fisheries in Washington and anticipates that this office will support any move in Congress to provide funds for the basin.