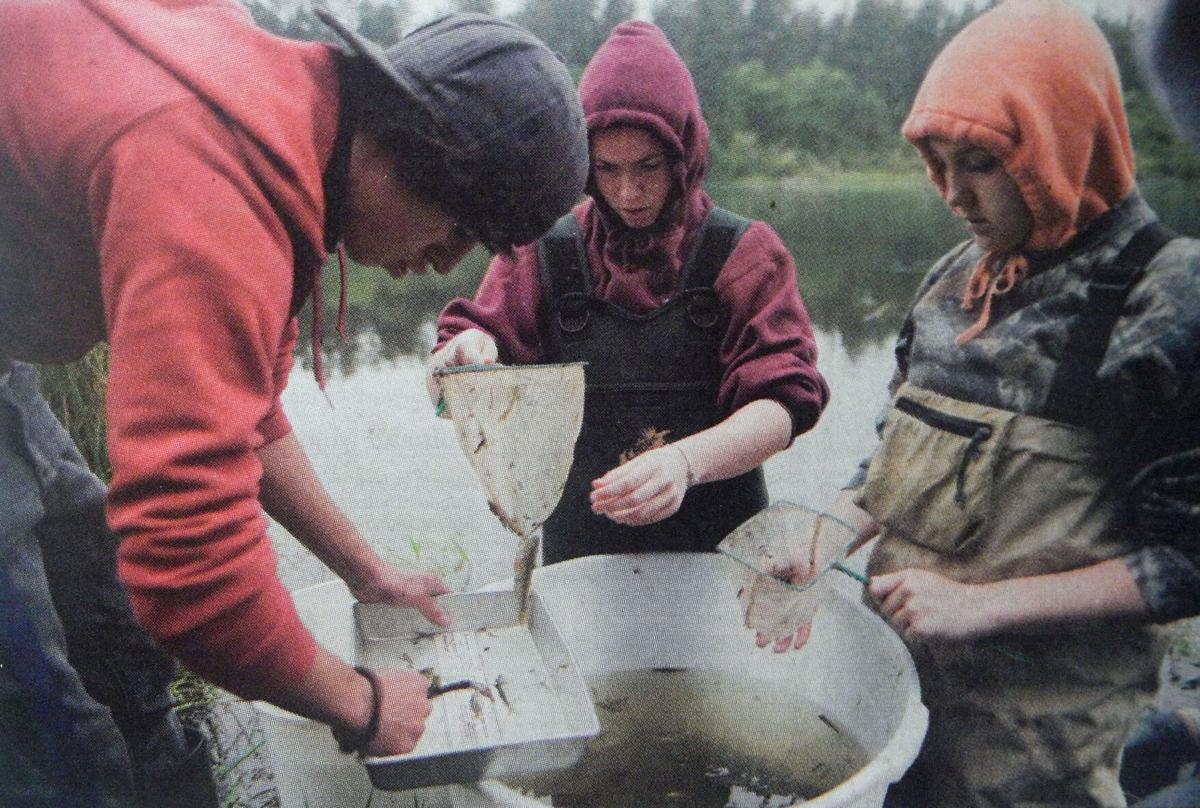 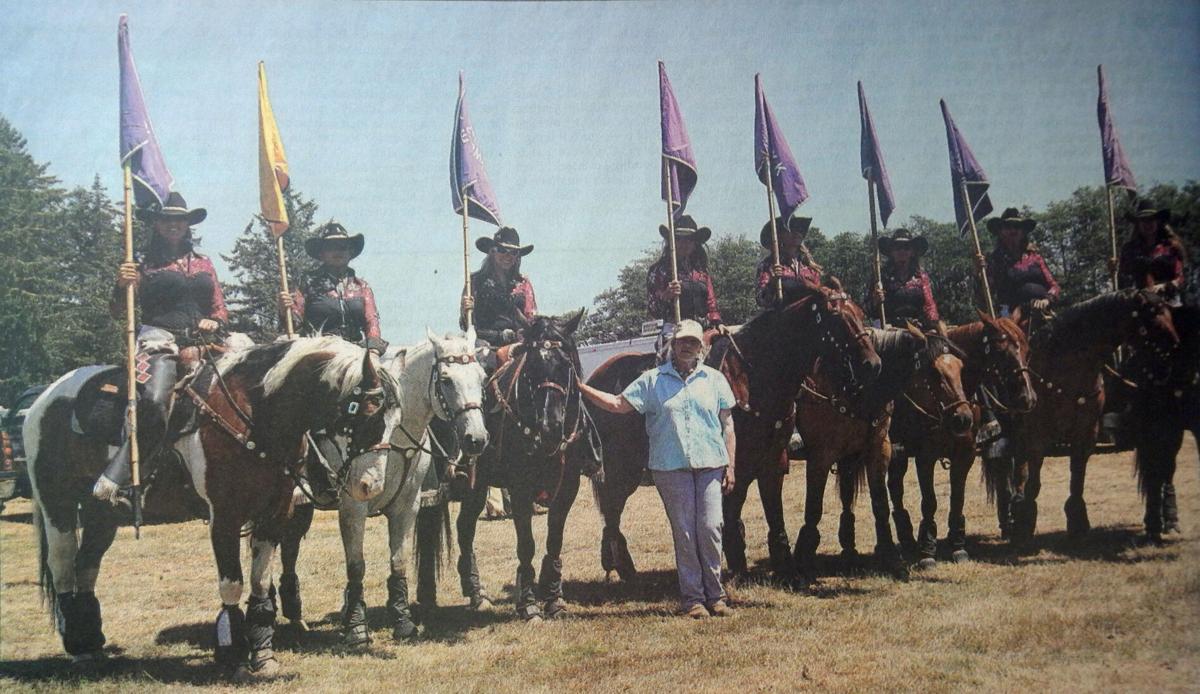 Dodie MacPherson, of the Peninsula Saddle Club, poses with the Sunsations Drill Team at the Long Beach Rodeo in 2010. 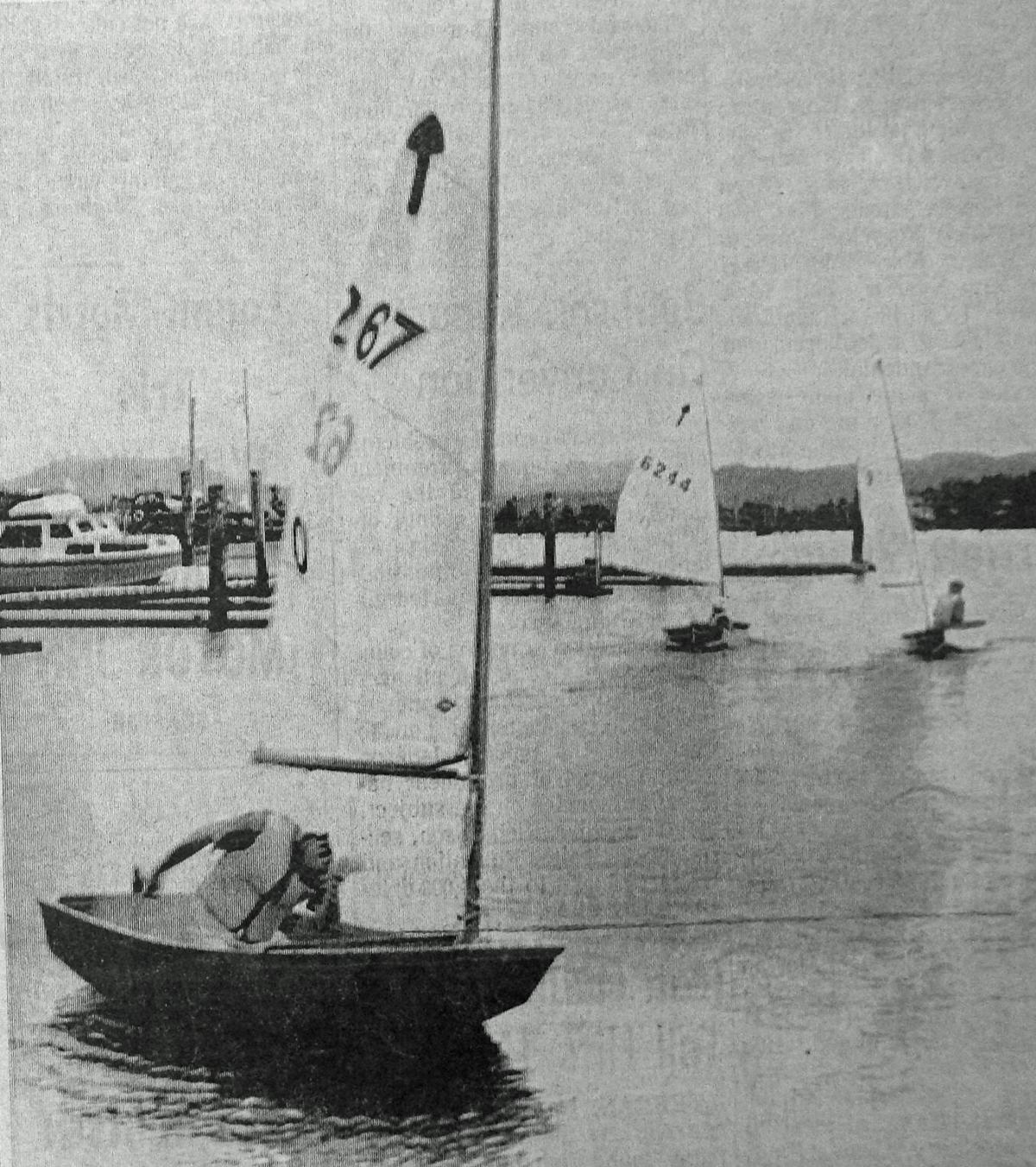 El Toro sailboats are assembled in 1970 at the Astoria Yacht Club in preparation for the North American championship race.

Multicolored sailboats massed in the Columbia River in 1970 as most of the 28 Oregon Corinthian Sailing Association of Portland boats returned to Portland after visiting Astoria. 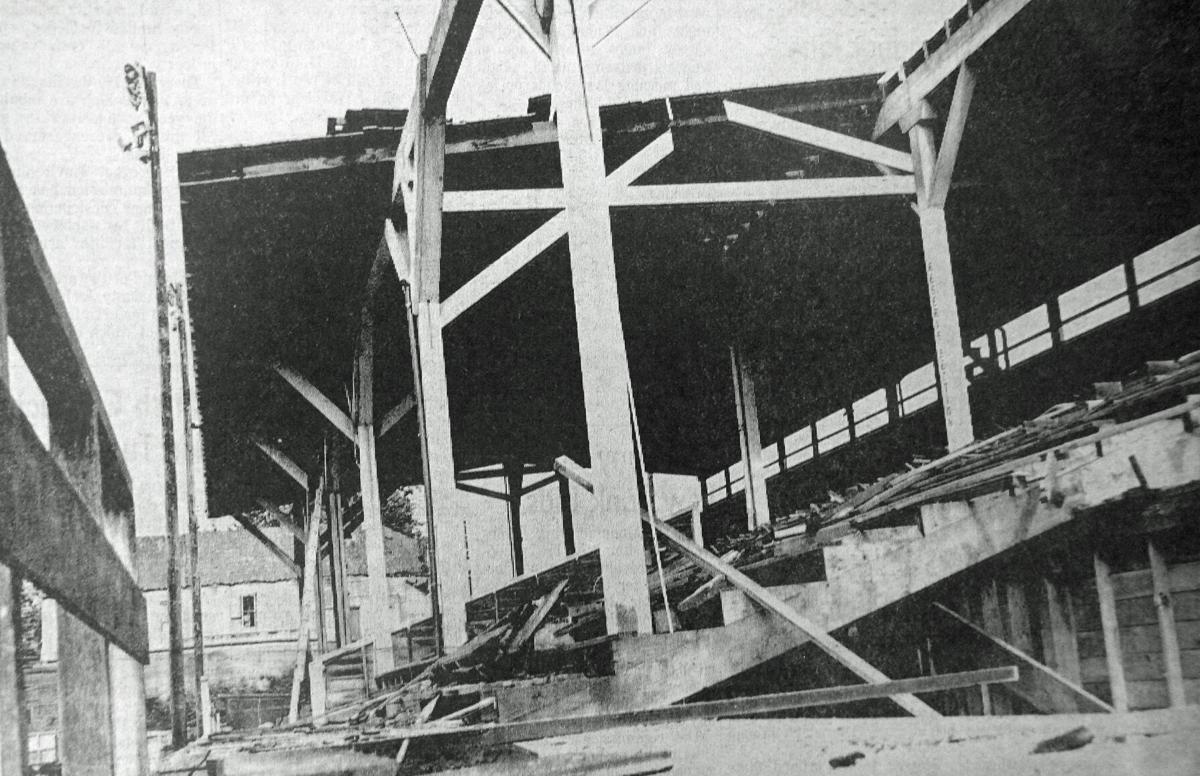 A cold, damp fall for football fans was likely in 1970 with the demolition of the covered grandstand at Gyro Field.

Dodie MacPherson, of the Peninsula Saddle Club, poses with the Sunsations Drill Team at the Long Beach Rodeo in 2010.

El Toro sailboats are assembled in 1970 at the Astoria Yacht Club in preparation for the North American championship race.

Multicolored sailboats massed in the Columbia River in 1970 as most of the 28 Oregon Corinthian Sailing Association of Portland boats returned to Portland after visiting Astoria.

A cold, damp fall for football fans was likely in 1970 with the demolition of the covered grandstand at Gyro Field.

The tiny, spined fish is barely noticeable in the water. Its silver scales reflect the light, making it almost impossible to see from the surface. It swims in bays, creeks and the Columbia River, and if you sweep a net along the bottom you’re almost guaranteed of snagging at least a couple.

The three-spined stickleback is the most abundant fish in the region, and for the past two years a group of high school students have been studying how many of the stickleback and other fish are in the lower Columbia estuary. A group of seven students from the Upward Bound Summer Academy have been in the field, sampling the waters from the region for fish presence and abundance, with the data going to groups in the community who can utilize it.

“It’s applied science,” said project leader Lee Cain, a biology teacher at Astoria High School. “It’s not just doing it for the heck of it ... it’s stuff we need,” he said.

So far, Astoria’s second year of passenger air service to Portland is not looking any better than the first.

In fact, it’s looking quite a bit worse.

June’s passenger counts on SeaPort Airlines’ 25 minute flight between Astoria and Portland were half what they were last June. The last full week of June saw the lowest weekly count since the service started: 29 passengers.

SeaPort has tried changing flight times, offering promotional rates and many other advertising strategies to make the service. But so far – three-quarters of the way through a two-year subsidy plan – the planes are still averaging less than two passengers per flight.

An official of the Bonneville Power Administration said today that at least four firms were interested in either buying out or buying some of the Northwest Aluminum Co. project in Warrenton.

Bernard Goldhammer, power manager for Bonneville Power, said that in addition to the Japanese firm Showa Denko and American Metals Climax, at least two other firms that don’t want to be mentioned are or have been negotiating with Northwest Aluminum.

The Yocona returned last week after being on patrol since May 17.

The Astoria-based vessel was one of two Coast Guard cutters responsible in locating the Korean fishing fleets and, eventually, having them routed back to Korea.

As told by Schowengerdt, the Yocona came upon a Korean gillnet vessel, the Suyng Nam No. 5, on the evening of June 21. Although they have no direct jurisdiction over Korean vessels outside the U.S.’s 12-mile limit, they received permission from the captain to board the vessel.

The Port of Ilwaco is depending on a federal grant from the Economic Development Administration and an approximate 50% increase in moorage rates to finance their proposal to increase moorage spaces in their boat basin. The increase would be from the present 803 to 1,441 by 1972 and to 2,042 by 1985.

Margie Huhta, 1969 Miss Oregon, will be among a group comprised of Miss America 1970 and six state pageant winners who will depart soon for a 22-day USO tour of military bases in Vietnam.

Tuna deliveries reached what are believed to be record proportions in Astoria this week. But reports this morning indicate the bonanza is thinning and the fleet of albacore boats, which has been massed off the Columbia River, is beginning to spread out.

Albacore Central, Corvallis, said the 700 tons of Albacore landed in Astoria Wednesday may be a record high for one-day deliveries in Oregon.

LONDON — Ringo Starr has been 30 for 20 days, and he says it isn’t so bad after all. “When I was 19, I thought 30 would be the end of the world,” the Beatles drummer told an interviewer from the Daily Express, “but it’s nothing. It’s okay.”

Five men were rescued from a yellow life raft Tuesday afternoon after they escaped the foundered 48-foot albacore boat Melody of Petersburg, Alaska, which swamped 10 miles northwest of North Head.

The Melody was saved, after having been towed into the river by another fishing boat, the Sampede II of Astoria, and by the U.S. Coast Guard. Both the Melody and Stampede were beached in the river near the Point Adams Coast Guard Station in Hammond. The Stampede had fouled her wheel with a line, and was beached to free the propeller.

Pork on the hoof was selling like hot cakes on a downtown street corner this morning as S.A. Gotter of Hillsboro disposed of his wares from his farm wagon to all comers with the price.

Gotter raises porkers on his ranch near Hillsboro and when the “feeders” are about two months old he starts out with a wagon load of pigs, disposing of them. He sold 40 of the squealers here this morning, loaded up his truck wagon with shingles and drove back to his Willamette Valley ranch before noon.

SEASIDE — Fire at midnight gutted one of the cottages at the Promenade court here at Fourth and North Prom last night and water damaged the interior of an adjoining cottage as the city’s two fire trucks worked to save the other buildings nearby.

The northern front of the Salmonberry and Wilson rivers forest fire, which by today had burned over 100,000 acres of forest and denuded timber lands of northwestern Oregon, was said to be on Spruce Run creek, midway between the Salmonberry-Nehalem junction and Elsie in Clatsop County today.

The entire county, for more than 15 miles south to the Wilson River, was long a series of fires.

The three-county fire will have been burning three weeks tomorrow, but state forestry officials were hopeful the weather would hold long enough to finish strengthening of bulldozer fire lines and bottle up the fire in its present 200,000 acre area. There are green “islands” within the area, which weary crews hope to save.