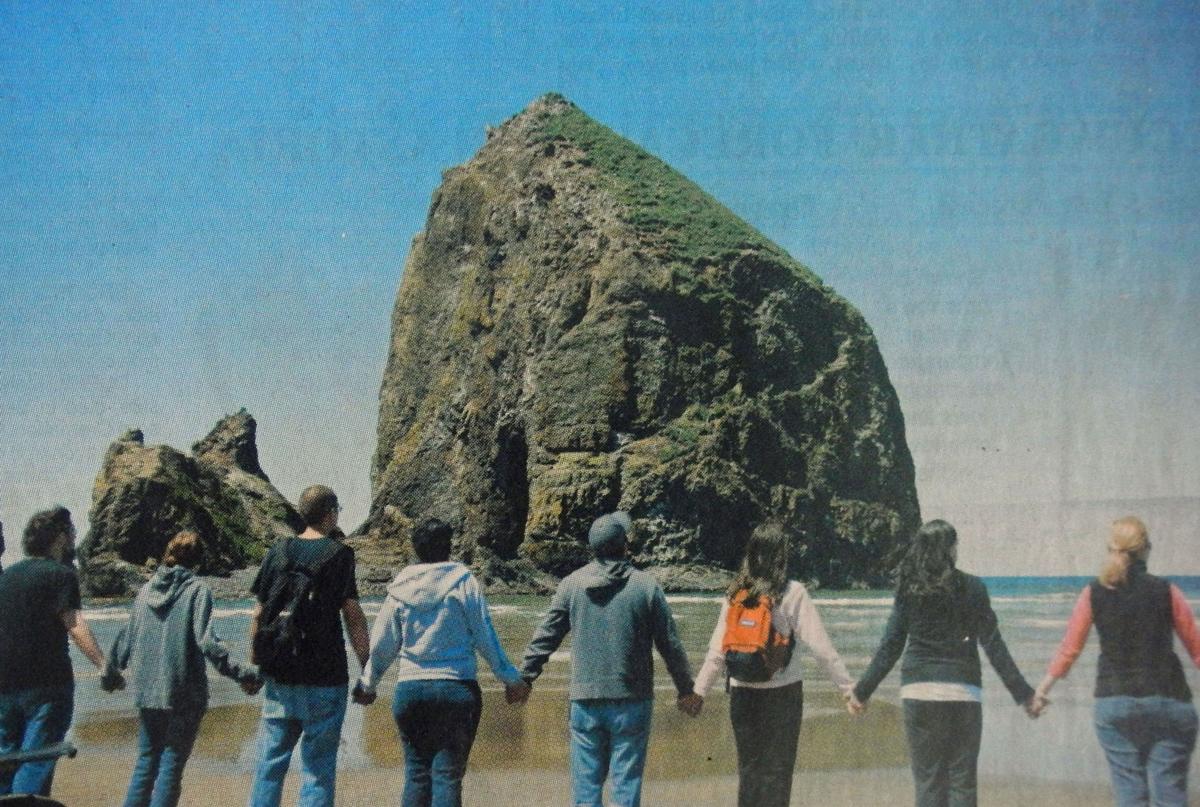 About 70 people joined hands across the sand in Cannon Beach in 2010 during a national Hands Across the Sands demonstration against offshore drilling. 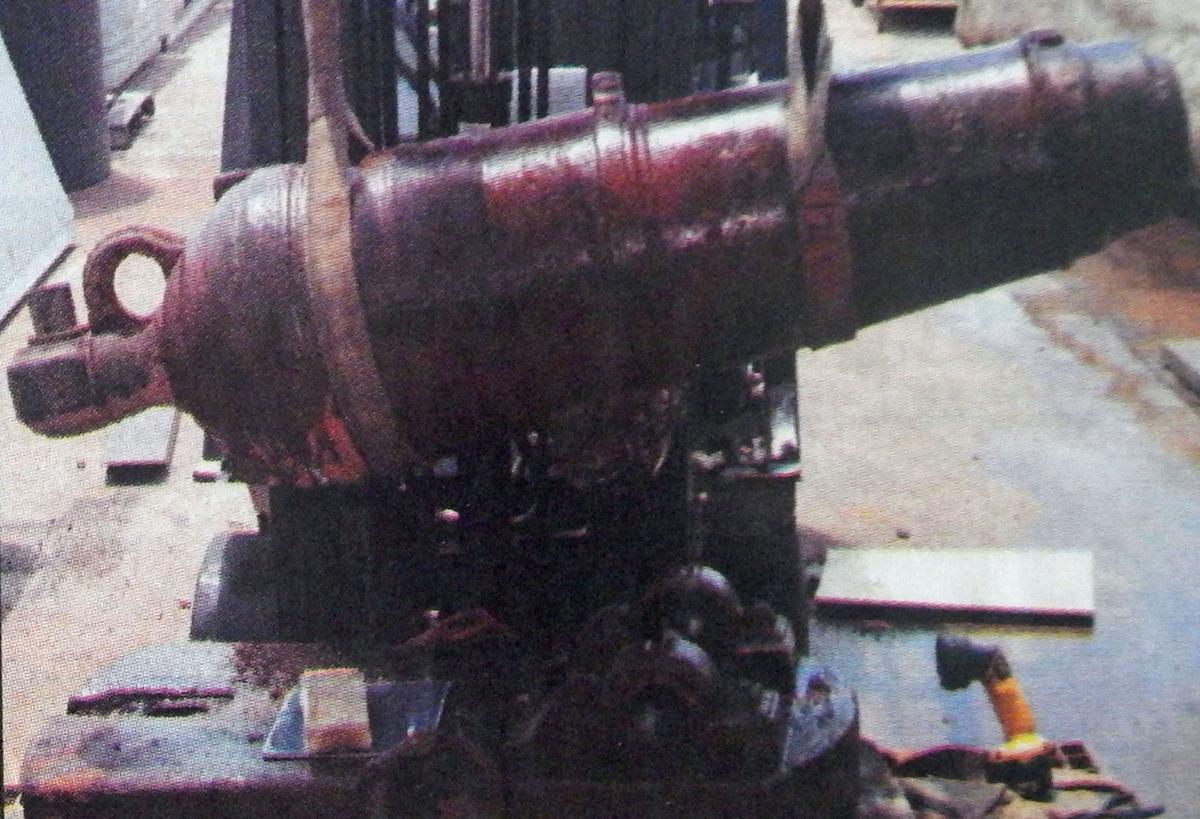 Nearly all concretions were removed from the cannons found in Arch Cape and the cannon barrel was separated from the wooden base in 2010. 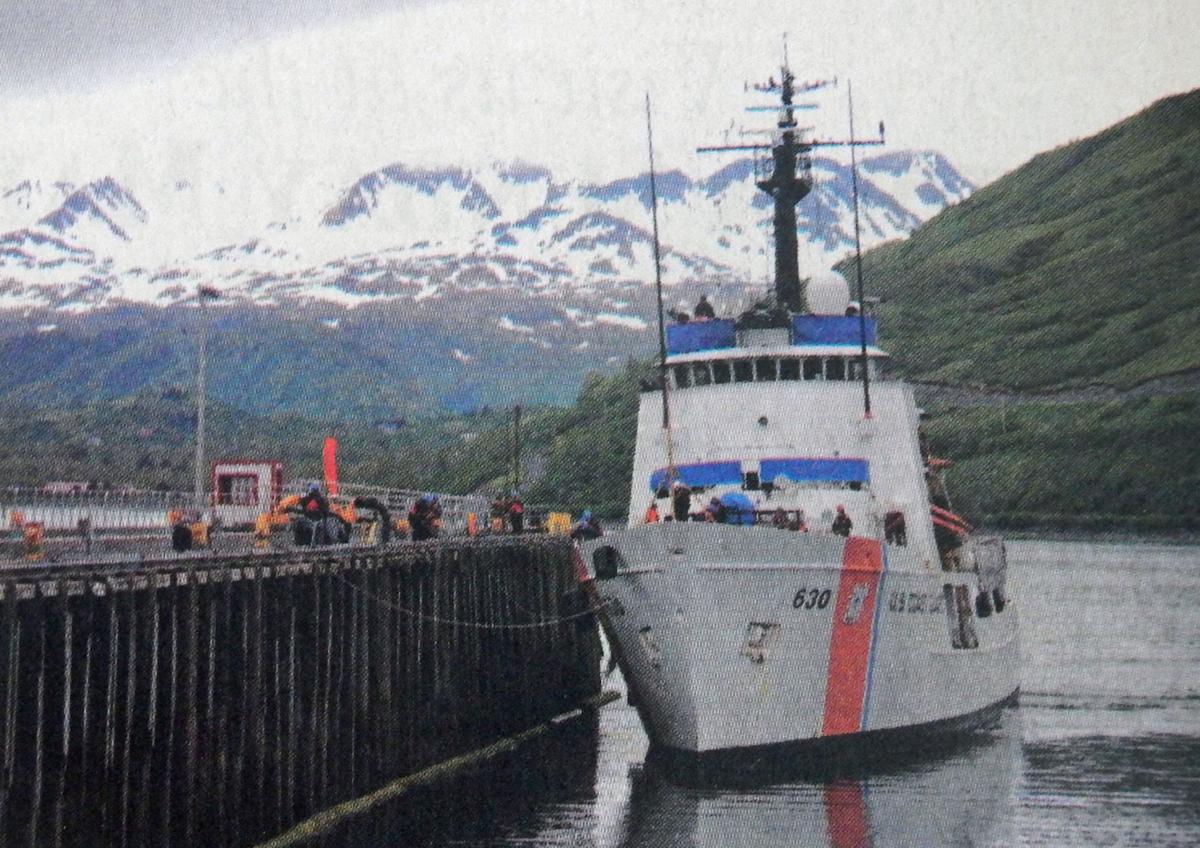 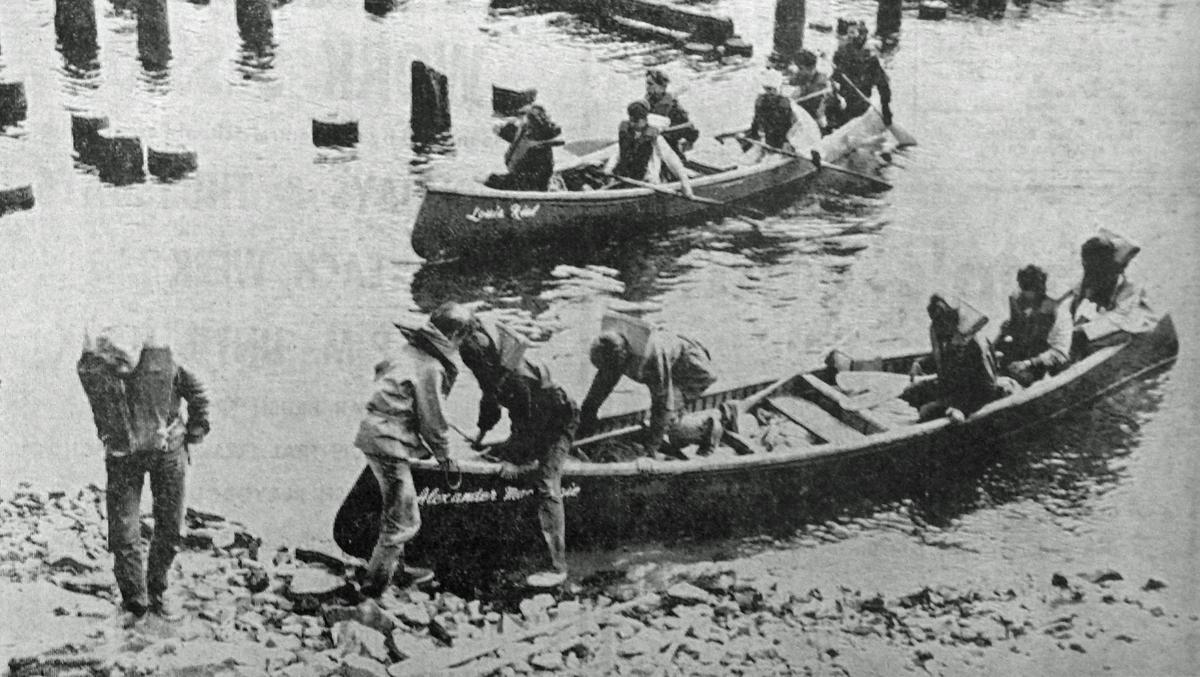 Eleven Canadian students and two adult supervisors sailed these canoes 1,260 miles down the Columbia River in 19 ½ days, arriving in Astoria in 1970. 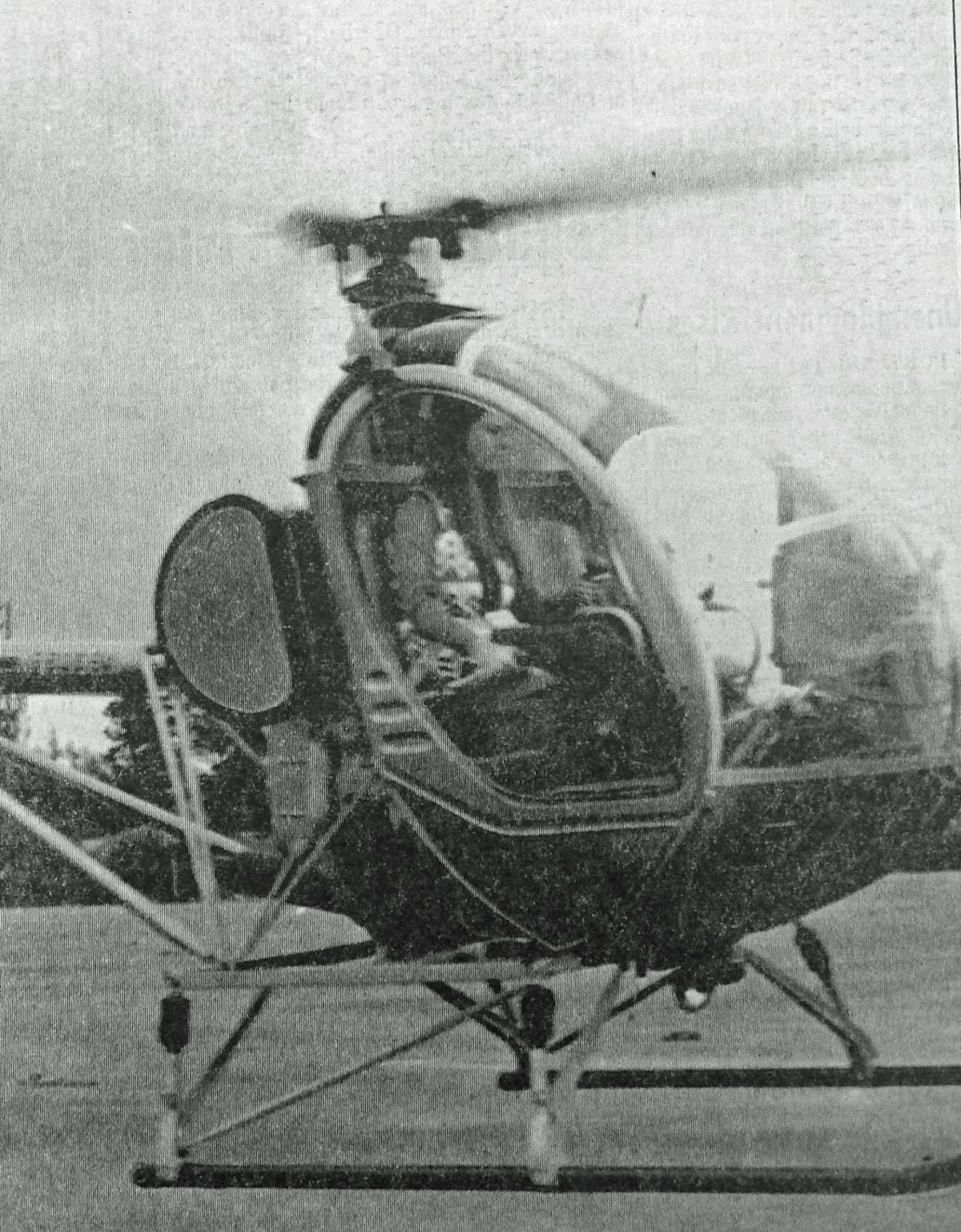 Teri Lynne Bowers prepares to become the youngest person in the United States history to solo a helicopter in 1970. The Seaside High School senior made her flight on her 16th birthday. 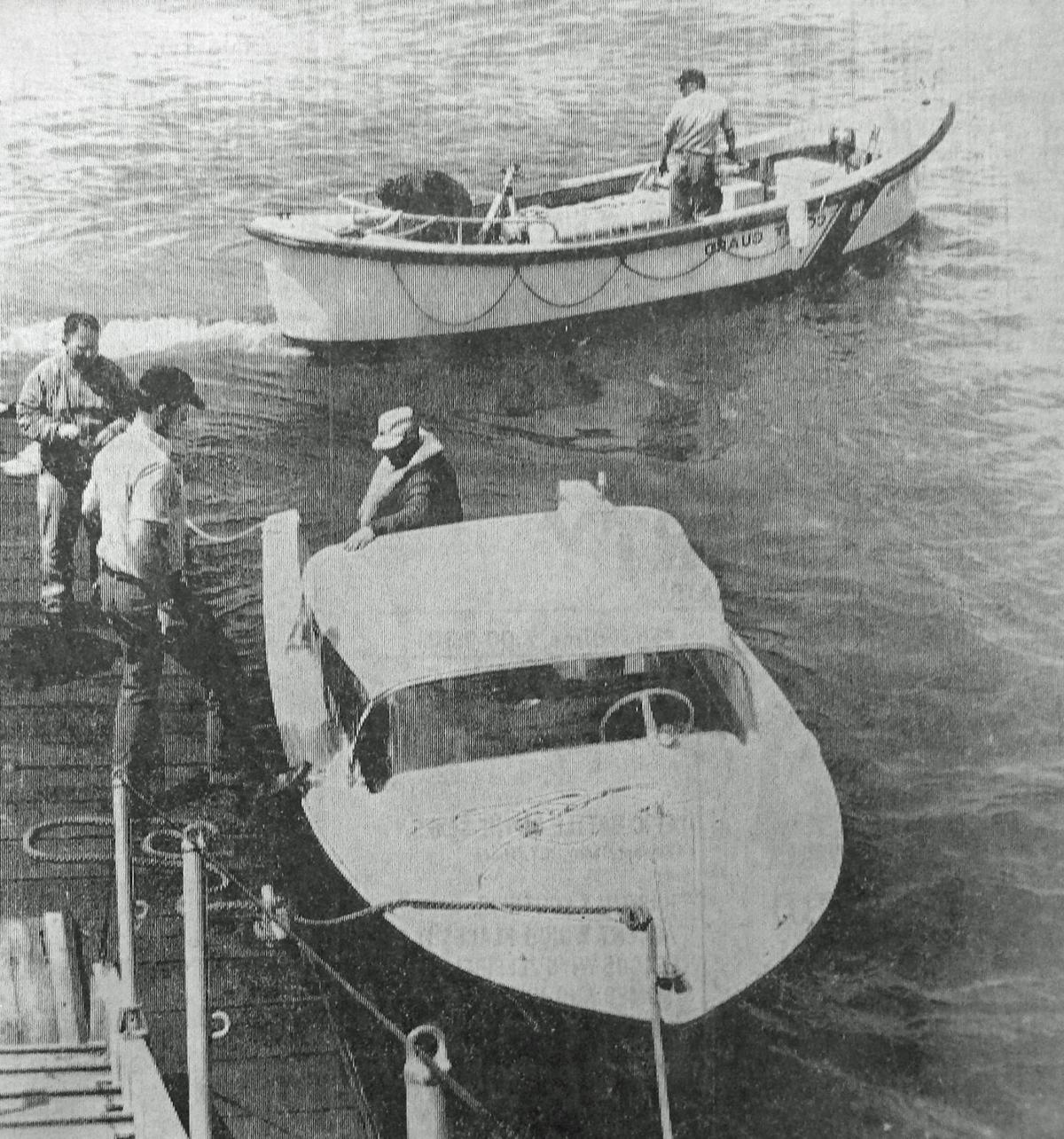 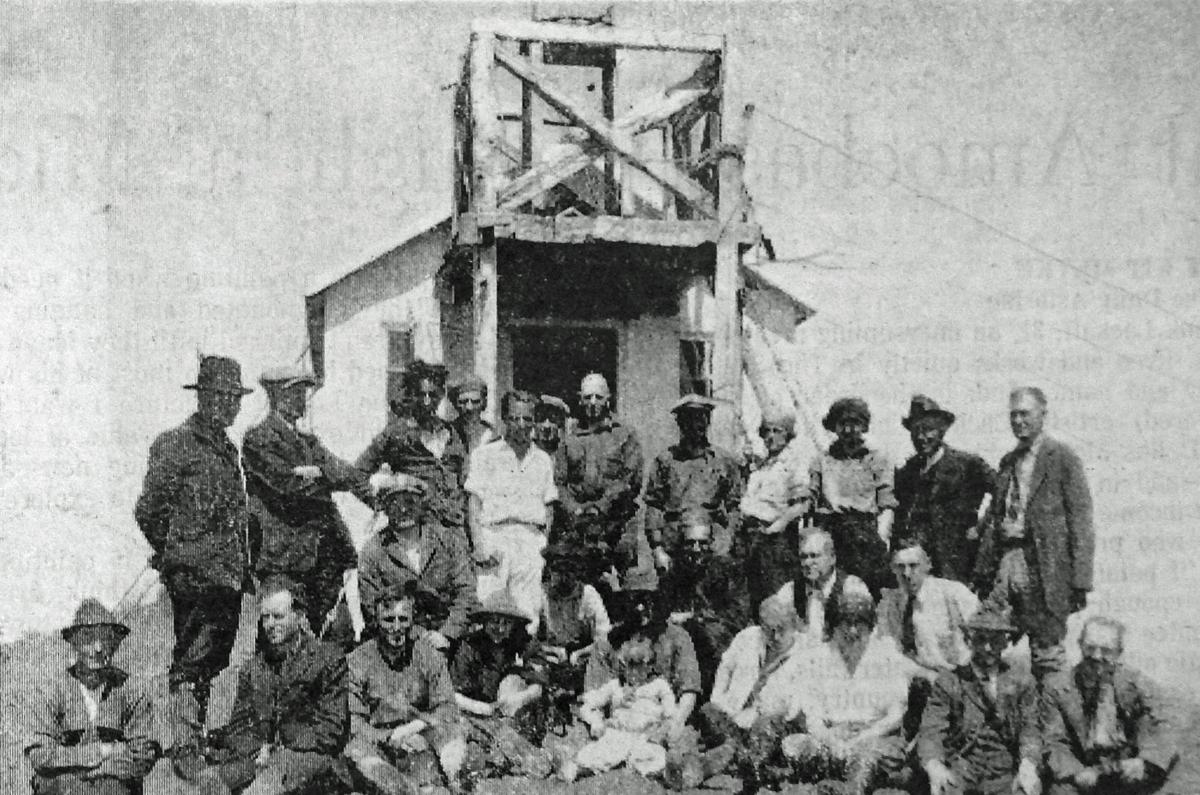 The Angora Hiking Club celebrates the club’s 50th anniversary in 1970.

About 70 people joined hands across the sand in Cannon Beach in 2010 during a national Hands Across the Sands demonstration against offshore drilling.

Nearly all concretions were removed from the cannons found in Arch Cape and the cannon barrel was separated from the wooden base in 2010.

Eleven Canadian students and two adult supervisors sailed these canoes 1,260 miles down the Columbia River in 19 ½ days, arriving in Astoria in 1970.

Teri Lynne Bowers prepares to become the youngest person in the United States history to solo a helicopter in 1970. The Seaside High School senior made her flight on her 16th birthday.

The Angora Hiking Club celebrates the club’s 50th anniversary in 1970.

If the North Coast’s three chambers of commerce were to change their slogans to “We Have It All!” who could blame them?

Amid bright and consistent sunshine for the first time this year, the region from Cannon Beach to Oysterville, Washington, enjoyed a couple of days where residents and visitors alike could not complain there was nothing to do.

About 70 people joined hands across the sand at Cannon Beach Saturday during a national “Hands Across the Sand” demonstration against offshore drilling. Demonstrations also were planned in Seaside and Short Sand Beach in Oswald West State Park.

ARCH CAPE — Conservation work at Texas A&M University on the two historic cannons recovered from the beach at Arch Cape in February 2008 is starting to show results.

The cannons, found by teen beachcomber Miranda Petrone while walking at Arch Cape with her father, were recovered from the ocean shore by the Oregon Parks and Recreation Department with help from Arch Cape officials. The cannons were heavily coated by a concretion — a thick, hard layer of solidified sand and rock — after being buried deep on the beach for an unknown amount of time.

It is possible the two cannons are the remnants of the 1846 wreck of the USS Shark, a U.S. Navy vessel that sank on the Columbia Bar. Three of the Shark’s cannon broke away from the wreck, and one was recovered from the Arch Cape area in 1898. The other two were never found.

The crew of the U.S. Coast Guard cutter Alert is a long way from home — the 210-foot Astoria-based ship is now doing fisheries patrols off the coast of Alaska.

The diversion into unfamiliar territory is unusual, and the cutter has not made an Alaskan port call in years, said Cmdr. Brad Mynatt, the Alert’s commanding officer. The crew has resupplied and trained in Kodiak and is now underway for a Bering Sea patrol.

“Although I have had work trips to Alaska in the past, this is my first time taking the cutter to Alaska,” Mynatt said.

There appears to be little of the heroic in the nature of Coast Guardsmen at Cape Disappointment motor lifeboat station.

They may perform heroic deeds daily, or perhaps twice and thrice or more daily, but little bravo is apparent to the observer, because heroism of one degree or another is the day-by-day duty of guardsmen at the Cape.

Each year they save many lives and recover the bodies of those whose lives were beyond saving, but most of all they tow, tow, tow.

Some 85% of the cases on which the eight Cape Disappointment motor lifeboats are called while patrolling the rugged and deceptive Columbia River Bar are of a “routine nature” and require nothing more than a tow job across the bar and back to the Ilwaco Boat Basin or harbors on the Oregon side of the river.

Boaters who run into trouble and require assistance from the Coast Guard’s Columbia River Bar patrol undergo an extensive inspection of their vessel and its equipment before the Coast Guard is through with them.

Every boat towed to port by the motor lifeboats is boarded, either at the Cape station or at whatever boat basin on the Washington or Oregon side of the river to which it is towed.

Lots of tourists but they’re not spending so much money.

That seems to be the picture at the beginning of July as Clatsop County plays host to out-of-area travelers.

Carol McCallister reports more persons are stopping in at the state Travel Information Office by the Astoria Bridge this year than last to ask about attractions in the area.

And yet the Columbia River Maritime Museum reports more than 100 persons coming through daily, and Ranger Paul Haertel at the Fort Clatsop National Memorial says the number of persons through the site of the Lewis and Clark winter fort is up by 25% over 1969.

The Angora Hiking Club will observe its 50th anniversary with a celebration at 8 p.m. Friday in Shively Community Hall, Shively Park, and a climb of Saddle Mountain the next day.

The Saddle Mountain climb will commemorate the club’s inception at the summit of that mountain July 4, 1920.

“The Angora Club has always been small in membership but large in work and deeds,” writes Mrs. Axel Ramvick, club historian, in reviewing the half-century of the organization’s life.

The cost of battle in money and men was diagrammed starkly for Astorians Saturday night on Gyro Field by veteran infantrymen who relived a concentrated fraction of the war that is “hell and infantry.” The doughboys dug into the dirt of the city’s football field and made it a grim scene of battle for 5,000 spectators, firing 3,400 rounds of blank ammunition.

“Tonight the setting is a football field in Astoria,” said the loudspeakers. “Last Tuesday it was a barren island in the Pacific. Tomorrow it will be Tokyo ... A fighting infantryman does the toughest work of the war and it’s high time that people appreciate it.”

“Sure, sure, come and sit down with us, we’re just having breakfast. What’ll you have? Hey, Gracie, this is the press — what did you say your name was? We’re glad to see you, aren’t we, Gracie?”

And that, you may believe me, was the way George Burns, radio star of the team of Burns and Allen, greeted us Monday noon over at the Hotel Astoria coffee shop, when we dropped in on them in line of duty, of course.

If there had been any question about the identity of Mr. and Mrs. Burns, which incidentally there wasn’t, it would have been quickly dispelled when we entered Austin’s dining room. The table with the youngsters cluttered about with their autograph books was a cinch to be where the radio stars were.

It’s probably an old story to George and Gracie, this business of autographs and meeting the representatives of the newspapers, but neither of them let on by word and gesture that they weren’t having the time of their lives and really enjoying the experience.

Plans for the big crow shoot up in Brownsmead Sunday are complete, according to Clatsop County Rod and Gun Club officials and a committee of Brownsmead grange members. Albert Barendse is the spokesman for the farmers, and Angus Walker for the gun clubbers, and under their direction the final plans for the “battle” are being worked out here today.

Members of the gun club will meet here at 7 o’clock Sunday morning in the Safeway parking lot across the street from the City Hall where transportation will be provided to the shooting grounds, according to Walker. Competing teams will be organized when the gun club members arrive at the Brownsmead district and generally have expressed a willingness to cooperate with the local shotgun enthusiasts.