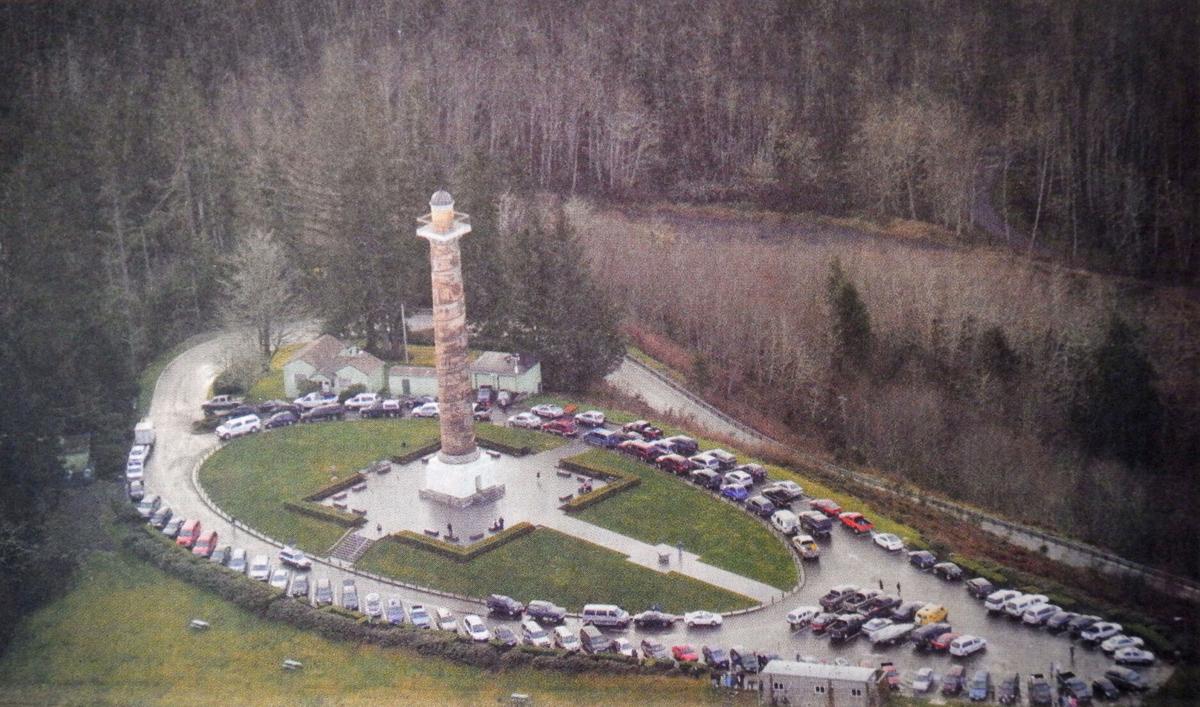 North Coast residents crowd the Astoria Column atop Coxcomb Hill, taking precautions against a tsunami caused by an earthquake in Japan in 2011. 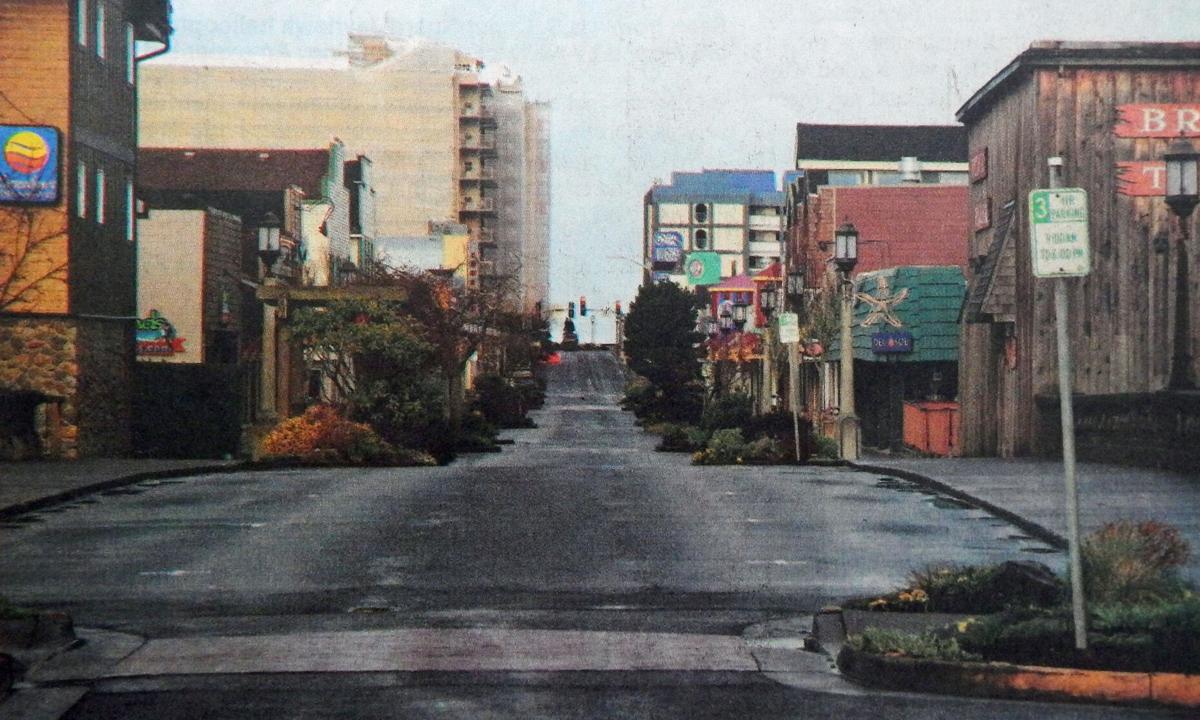 Broadway Street in Seaside was empty after residents were evacuated as a precaution for a tsunami due to the earthquake in Japan in 2011. 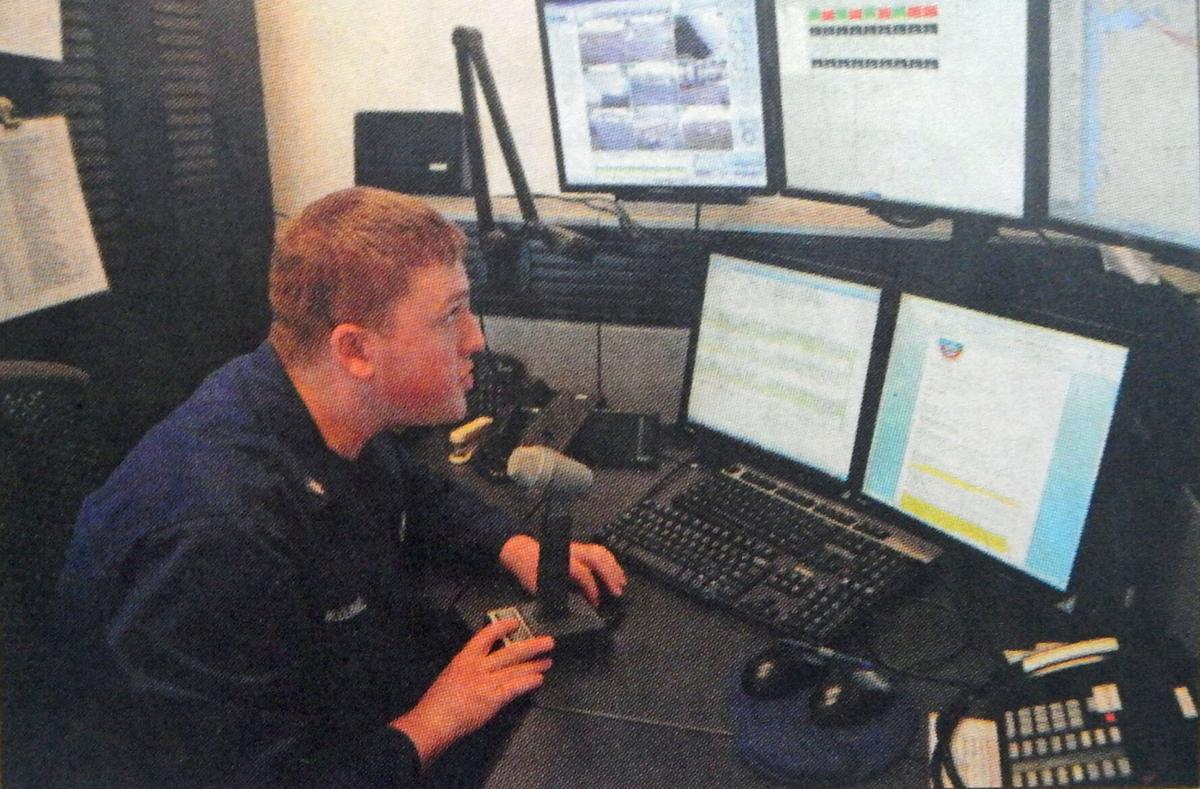 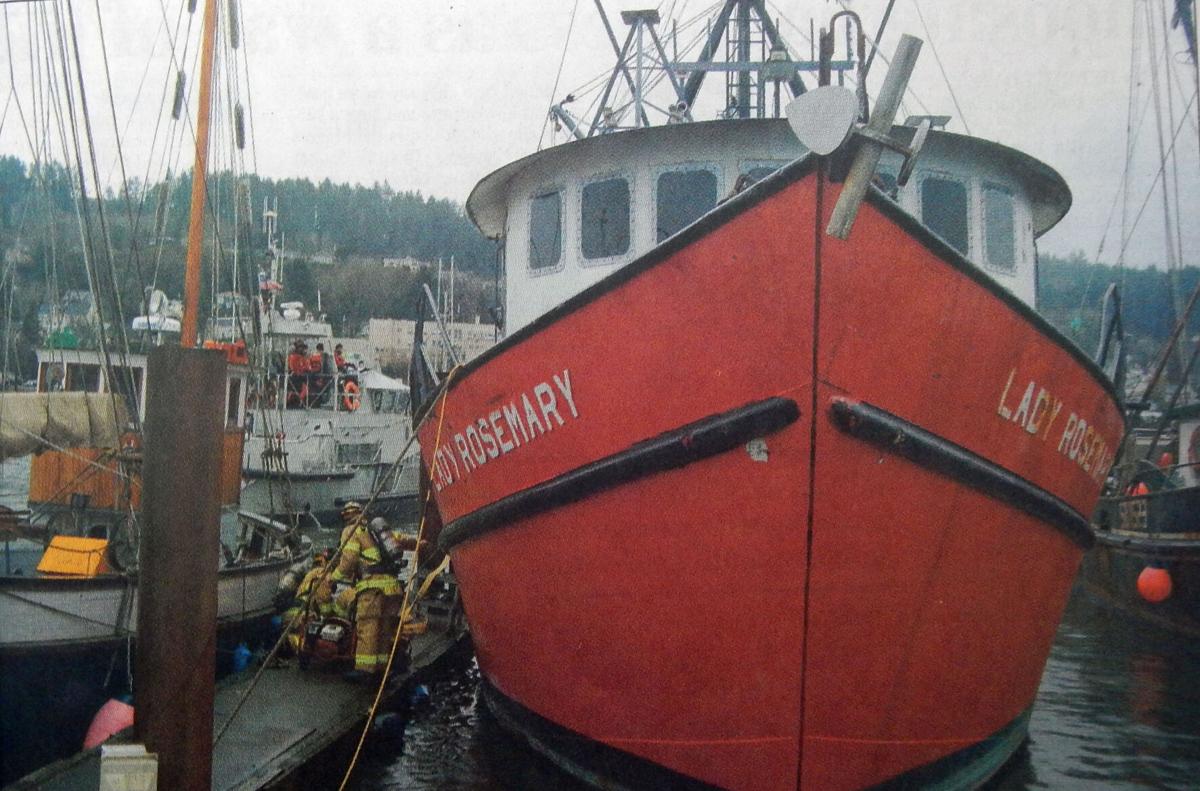 Astoria driver-engineer Wade Mathews and firefighters Aaron Bielemeir and Mark McGinnis set up a portable water pump to extinguish a fire onboard the Lady Rosemary in 2011. 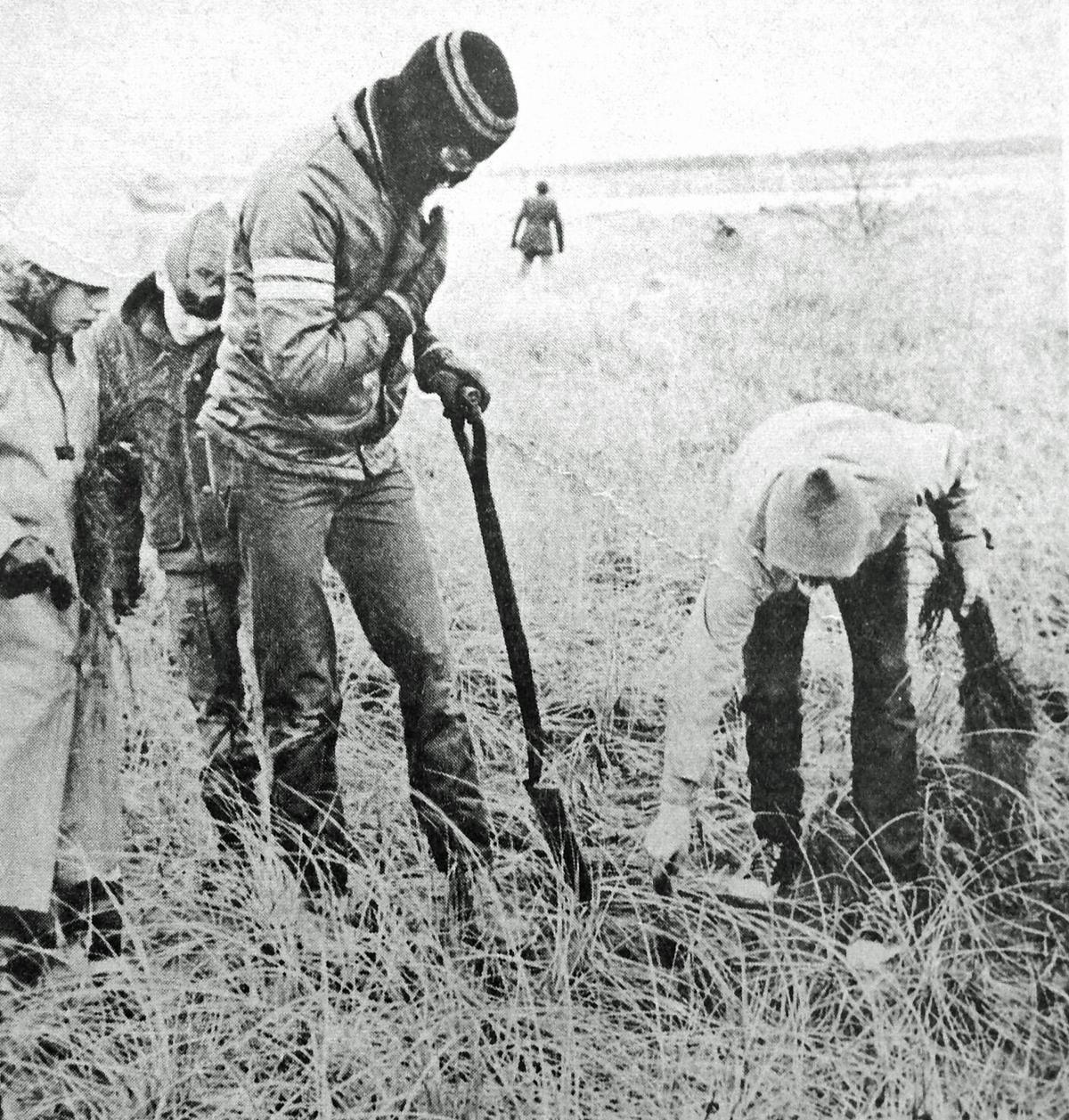 Waves crash over a road during a storm in 1971. 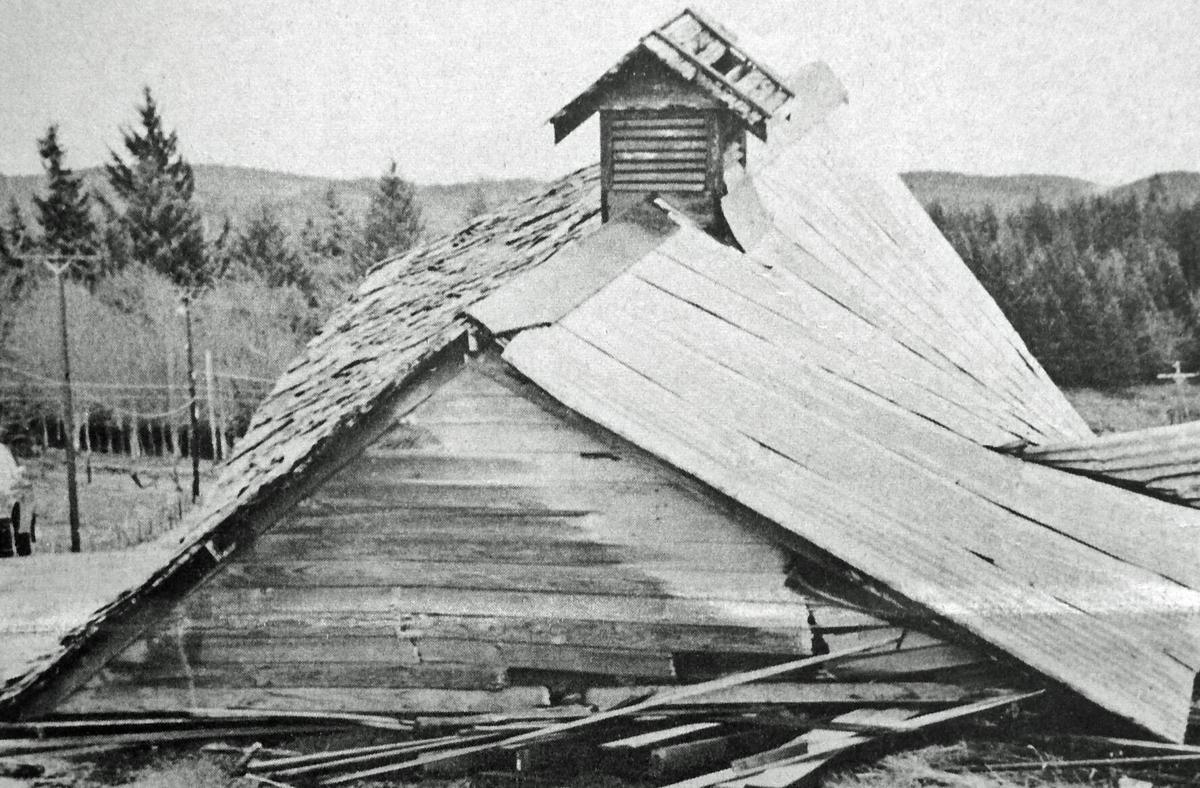 A building is damaged after a 1971 storm. 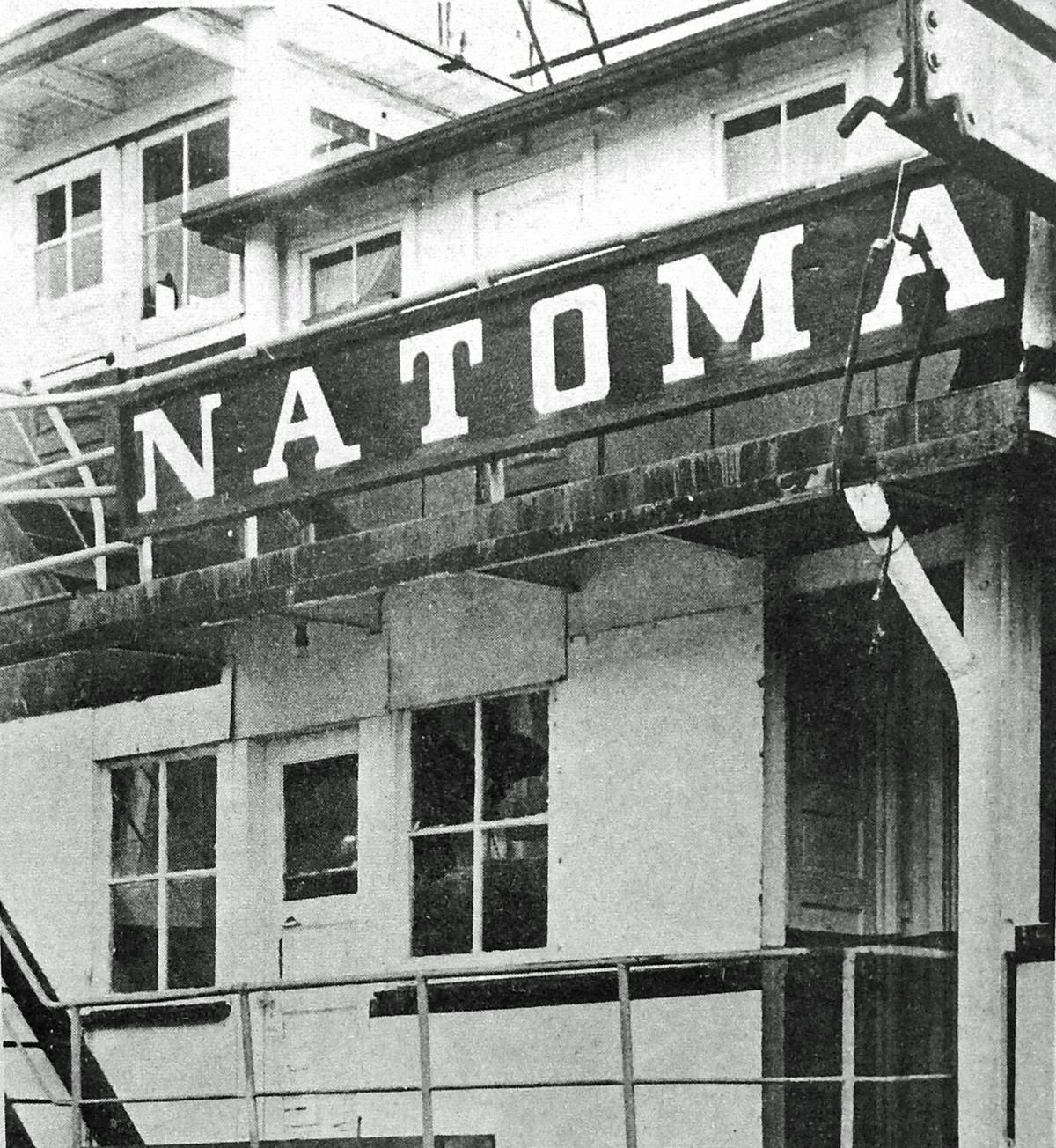 In 1971, the Port of Astoria Board of Commissioners voted to pay $42,337 in controversial back taxes on the dredge Natoma.

North Coast residents crowd the Astoria Column atop Coxcomb Hill, taking precautions against a tsunami caused by an earthquake in Japan in 2011.

Broadway Street in Seaside was empty after residents were evacuated as a precaution for a tsunami due to the earthquake in Japan in 2011.

Astoria driver-engineer Wade Mathews and firefighters Aaron Bielemeir and Mark McGinnis set up a portable water pump to extinguish a fire onboard the Lady Rosemary in 2011.

Waves crash over a road during a storm in 1971.

A building is damaged after a 1971 storm.

In 1971, the Port of Astoria Board of Commissioners voted to pay $42,337 in controversial back taxes on the dredge Natoma.

In Japan it was a disaster.

In Hawaii, it caused serious worries.

On the North Coast, it was more like a drill — except it was real.

Tsunami warnings — long anticipated in places from Wheeler to Ocean Park, Washington — kicked into motion early this morning after the earthquake hit Japan. There were estimated hundreds dead in Japan.

Emergency service crews on both sides of the Columbia River went into action.

People were evacuated in the Cannon Beach and Seaside areas. As reports came in for Clatsop County to expect only 1 to 4 foot waves, officials relaxed a little but still advised people to stay away from beaches, rivers, bays and other low-lying coastal areas.

The first wave hit the county between 8 and 9 a.m. More waves followed in approximately 18-minute intervals.

It was a battle that the chief led from the front.

Astoria firefighters were called to extinguish a fire on board the Lady Rosemary at the East End Mooring Basin in Astoria Friday.

The report from the fishing vessel was that smoke was coming from the pilot house.

Because of weight limitations of the trestles at the East End Mooring Basin, Fire Chief Lenard Hansen, one of the first to arrive, boarded the boat with a portable water extinguisher and knocked down the flames while his firefighters packed fire equipment to the fishing vessel.

A portable water pump was set up on the dock to pump water from the Columbia River for firefighters to extinguish the fire. Fire personnel used a thermal imaging camera to verify that there weren’t any hidden sources of heat.

The fire was brought under control at approximately 12:15 p.m.

WARRENTON — Time. Floating in the icy ocean off the North Coast, having just a little extra could save your life.

Inside, the center’s staff must make split-second decisions with speed and accuracy when time lost can mean paying the ultimate price.

“Minutes are the difference between life and death,” said Luke Cutburth, senior chief operations specialist and the command center’s supervisor.

After months of working out of a temporary home, the center’s staff is back at work in their new, advanced command center. The space and its design has helped quicken response times and maximize efficiency, saving minutes when a moment lost could mean disaster, Cutburth said.

An American Metal Climax official said today the company will do some site work and test drilling this summer at its Warrenton plant site and at the Port of Astoria docks. The company said Friday it was delaying until 1972 the start of construction of an aluminum plant.

Astoria and Warrenton residents interviewed at random on city streets Monday reacted somewhat negatively to the announcement that the company will postpone construction of the plant.

Construction of a complete cabin suitable for erection on a beach lot could be part of an Astoria High School class during the 1971 to 1972 school year.

John McRae, director of instruction, told the Astoria school board Monday night that the course guide for a construction Trades Program has been developed by Chuck Raymond, Clatsop Intermediate Education District vocational director, and George Huhtala, high school woodshop teacher. Prerequisites for entry in the program are being developed.

McRae said the idea of constructing a cabin suitable for a beach lot had been suggested as a major project for the students and he wanted to get the tentative reaction of the board. He said they would seek to obtain a loan from one or more of the local lending institutions to finance the purchase of materials, with repayment to be made from the sale of the cabin.

Adult Student Housing, Inc. is re-advertising for bids on its planned 100 apartment units in Astoria because of a federal directive on construction wages.

Fred Bender, of Adult Student Housing Inc., said today from Portland that new bids will be opened next Wednesday. The corporation plans to build apartment units for Clatsop College students on property just north of the Astoria approach to the Old Youngs Bay Bridge. Financing is from a $1 million loan from the federal U.S. Department of Housing and Urban Development agency.

A fishing boat sank in the Columbia River east of Sand Island Thursday as the result of a storm which whipped the area with strong winds Thursday afternoon. An old milk house was blown off its foundations in Seaside, but little other damage was reported.

Three Seaside men, returning from crabbing off Seaside in their 35-foot fishing boat, were rescued by the U.S. Coast Guard after their boat split up and sank at the east end of Sand Island early Thursday afternoon.

Astoria ranked 11th among Oregon cities in volume of home building in 1945, according to figures issued by the Equitable Saving & Loan Association in Portland.

Running a “duck” a mile and a half out to sea through the winter surf and coming back to take sounding on the way to shore may sound like a particularly unpleasant job but that is the job a crew of four men and two ducks are doing along the North Coast this winter.

They are working under what they call the “WOBS project,” to study wave action along the coast.

The party of four men is operating in the Astoria vicinity now and will be here two or three more days.

The project takes its name from Wave Observation, Bureau of Ships. The purpose of the study is to determine the nature and causes of wave action.

The party has two ducks provided by the U.S. Army. Ducks, to the uninitiated, are amphibious 2.5 ton trucks, with a seagoing body instead of the ordinary truck body. The duck is a sturdy craft and capable of taking a considerable beating from the seas — as it would have to be to make frequent trips through winter surf on the North Coast.

PORTLAND — Herbert West, mayor of Walla Walla, Washington, championed the development of navigation on the upper Columbia and Snake rivers by the construction of a series of dams Monday at the forum meeting of the Portland Chamber of Commerce. The dams, which will provide for suitable boat and barge navigation, are to rise at The Dalles, Arlington, John Day, Umatilla and on the Snake River.

By a deal made yesterday, The Astorian-Budget Publishing Co. will become the owner of the Troy Laundry company property at 10th and Duane streets. The purpose of the acquisition is to remodel the structure to house the expanding business of the newspaper and job printing department.

Members of the newspaper industry touring the northwest as guests of the National Association of Manufacturers displayed more intimate personal interest in Clatsop industries than many of the larger ones they had seen elsewhere.

They were concerned about what has happened to timber and what is happening to fish. Driving along Sunset Highway, they inquired about the possible utilization of land which to them formed an ulcer on the economic body of the country.

In Astoria, the party was acquainted with the practical problems of processing 35 million pounds of fish annually by James H. Cellars, public relations official of the Columbia River Packers Association.

They visited freezers and other units of the company’s installations. Late, individual members of the group were interested in the by-product phases of the industry. They saw important possibilities in the use of the Carruthers new can filling device, the Pac-E-Lector, which has been installed in several canneries.