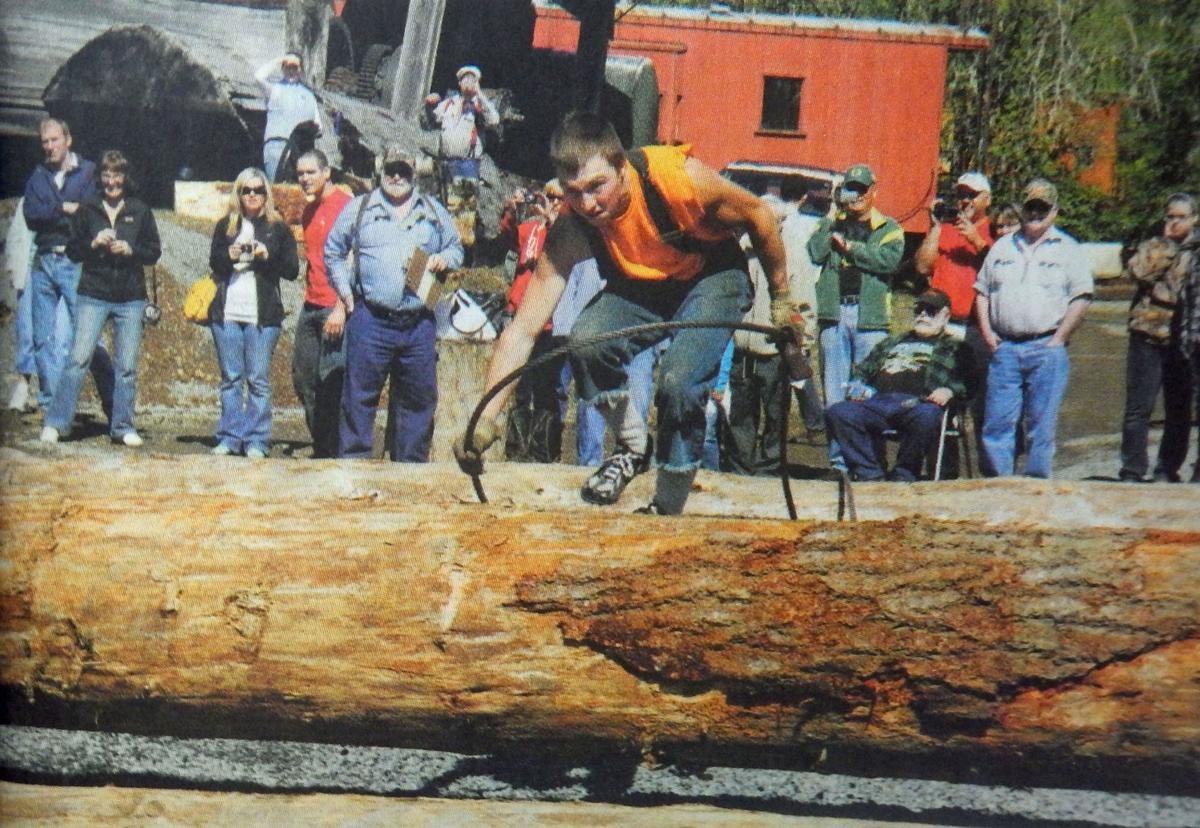 Daniel Gray competes in a choker-setting contest in 2010.

Looking north on 12th Street at the Astoria Sunday Market opening day in 2010. 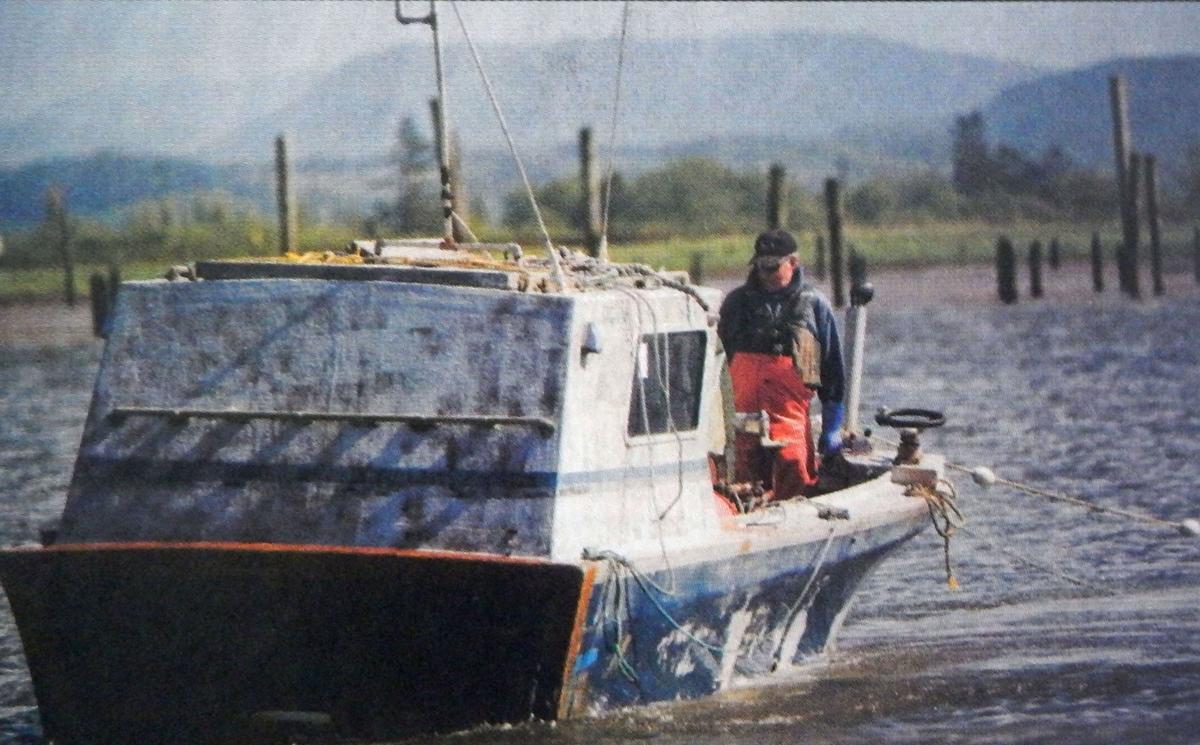 Mark Fick sets out his net while fishing east of the Old Youngs Bay Bridge in 2010. 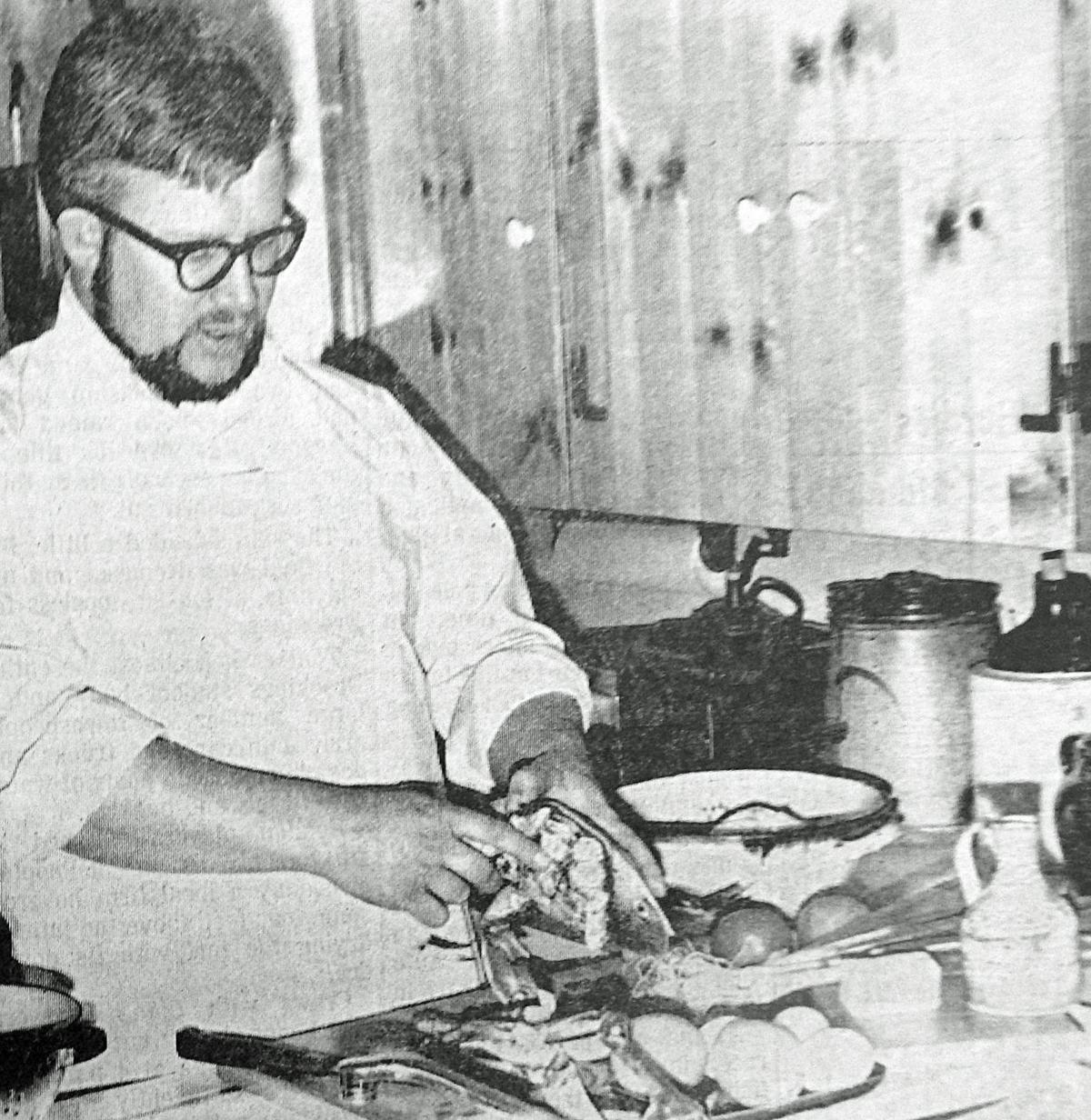 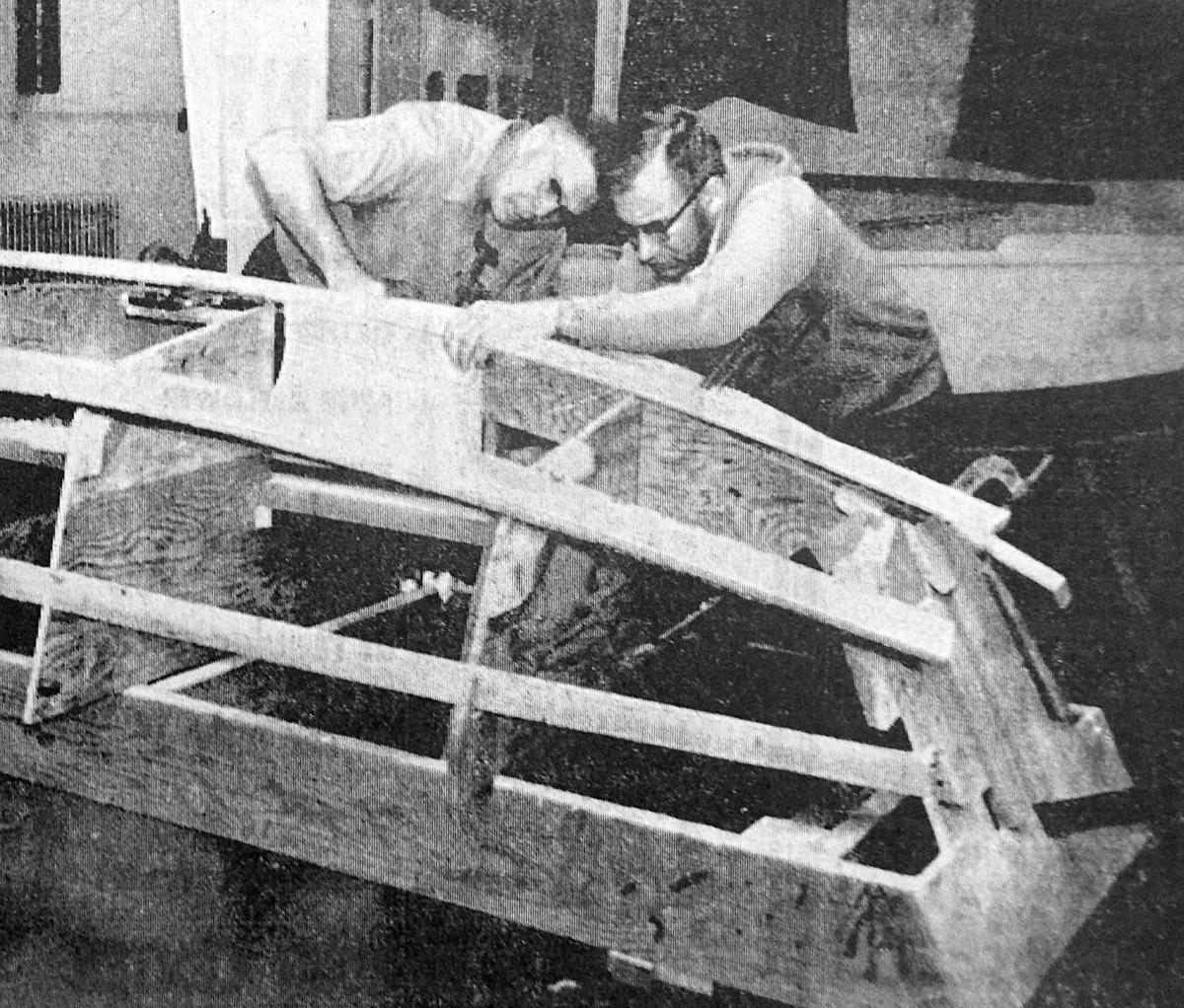 Earl Craven, left, and Ray Dreszen construct an El Toro boat, one of several to be entered in the 1970 National El Toro championship regatta in Astoria in 1970.

Daniel Gray competes in a choker-setting contest in 2010.

Looking north on 12th Street at the Astoria Sunday Market opening day in 2010.

Mark Fick sets out his net while fishing east of the Old Youngs Bay Bridge in 2010.

Earl Craven, left, and Ray Dreszen construct an El Toro boat, one of several to be entered in the 1970 National El Toro championship regatta in Astoria in 1970.

ELSIE — When the wood chips had settled, the winner was Knappa High School, with Nygaard Logging in second place.

The contest pitted high school forestry teams against working loggers. Judy Skirvin, an organizer, said that one of the attractions for the high school team was the chance to compete against adult loggers.

The Columbia River spring salmon run won’t make it to the epic prediction of 470,000 fish, officials concluded this week.

That said, the estimated run of 350,000 has made for some great fishing for both sport and commercial boats. And, the nearly 195,000 adult salmon that have passed over Bonneville Dam represent the third-highest count since 1977.

While Cannon Beach takes its natural resources seriously, and several volunteer committees monitor those resources, they have little interaction with each other.

But that could change if the committees turn their attention toward creating a natural history park in Cannon Beach, Katie Voelke told the Cannon Beach City Council Tuesday night.

Voelke, executive director of the North Coast Land Conservancy, has worked on a proposal for the past year calling for the city to develop a comprehensive plan that would focus on the natural resources contained in and surrounding Cannon Beach.

Those include Ecola State Park, the Ecola Creek Forest Reserve east of the city, Haystack Rock and adjacent marine areas and the Haystack Hill viewpoint.

It also would include a proposed park that would contain the former wastewater lagoons, Little Pompey wetlands, the Spruce Forest east of Spruce Street and the wetlands east of U.S. Highway 101.

Corpswoman Wanda Clark, of Buckeye, Arizona became the official representative of the Tongue Point Job Corps Center’s Volunteer Fire Department when she was awarded the title of Miss Flame 1970 following a competition with 19 other girls during the observance of Fire Services Recognition Day Saturday.

The festivities for the day began with a parade involving the staff and corpswomen members of the volunteer fire department and firefighting equipment on the base.

Clark is a fire marshal for Residence 3, having been active in the volunteer fire department for over a year. She is a student in the business and clerical vocational department and a member of the Tongue Point Civil Air Patrol.

Shooting of sea lions on the Oregon Coast will no longer be permitted, the Oregon Fish Commission decided Wednesday.

The commission staff had recommended the action, saying sea lions are not a threat to salmon runs.

Jeffry Gottfried, curator of the Portland Zoo, agreed, saying sea lions prey on rockfish and lampreys which are salmon predators.

Cannon Beach chef Chuck Miles will attempt to convince four gourmet experts in San Francisco that the Clatsop County area type of crab is the tastiest of all, prepared in the most tempting, attractive, delicious and simple manner that he can devise.

Elks Youth Day, held last Friday, saw high school students holding the key positions in Clatsop County throughout the day at Tongue Point Job Corps Center in the city and county governmental positions, and in business through the city of Astoria.

In an opportunity to observe these jobs in action, students from Knappa, Warrenton, and Astoria high schools started the day at 9 a.m. at Astoria City Hall with a briefing by the Astoria Elks Lodge. The day ended at the Elks Lodge at 6 p.m. when the students were guests of the Elks for dinner, with Gil Gramson, Elks youth activities chairman in charge.

All Columbia River and coastal Oregon ports were closed today as longshoremen held stop-work meetings in support of Portland’s Local 8.

Two ships were idled at the Port of Astoria today by a stop work meeting being held by the International Longshore and Warehouse Union Local 50. Jerry Riggs, local president, told The Daily Astorian, “At this time, we are presently in a special stop work meeting to discuss the numerous problems up and down the coast.”

PARIS — The bloodiest war in Europe will come to its official end at 12:01 tomorrow, European time, (3:01 PWT today), with the formal end of hostilities on a continent desolated by more than five years of conflict.

The agreement formalizing the unconditional surrender will be ratified in Berlin today, with Field Marshal Wilhelm Keitel, chief of the German high command, officially acknowledging that Germany is beaten.

GUAM — The joint chiefs of staff now are working on plans for an invasion of Japan, Adm. Chester W. Nimitz disclosed today.

The Astoria Marine Construction Co. expects to start work next week on repair and overhaul of the battle-seasoned YMS-100, a Navy mine-sweeper which was the first of 16 constructed by AMCO, and now returning from the wars, the management announced today.

Navy carrier and land-type planes are being flown from the short seaplane taxi apron at the U.S. Naval Air Station, Tongue Point, and the success of these take-offs may bring the establishment of a major naval aircraft overhaul project to the base, station authorities said today.

Heretofore, full use of the assembly and repair facilities at Tongue Point have been stymied by the difficulties of efficiently and quickly transporting the planes repaired there to a flying field for final flight checks, it was stated.

Astoria has been allotted priorities for 60 new permanent residences for immediate construction, according to word received this morning by the Chamber of Commerce from Fred Cuthbert, of Portland, state representative of the National Housing Administration. Of this 60, according to the information, 40 may be built for sale and 20 for rent or owner occupancy. Those for rent will have an OPA ceiling of $55 a month. Maximum cost of each unit will be $7,500, which is $500 more than at first anticipated.

After almost five years of continuous operation, the war production training school at the county building in Uppertown will be formally closed on May 25, which is the end of the current school year, according to word received by A.C. Hampton, superintendent of schools who has also acted as chairman of the special board under which this school has been operated. The orders came from the state vocational division of the state superintendent’s office which received it from federal authorities.

While it will be closed as as a school for training war production workers, it is very probable that it will be opened later as vocational training school, not only for high school students but also for returned veterans.

Washington has joined Oregon in paying a bounty on hair seals and Director of Fisheries Milo Moore, in Astoria Tuesday, announced the appointment of Frank Telquist of Kenmore, Washington as administrator of seal control. The Washington Legislature appropriated funds for the payment of bounties on seals and also sea lions killed within the waters of Washington.