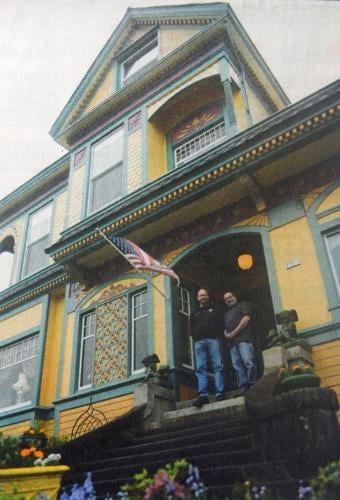 This home on Grand Avenue owned by Jack Osterberg, left and William Bender was the residential winner for the 2012 Dr. Edward Harvey Historic Preservation Awards. 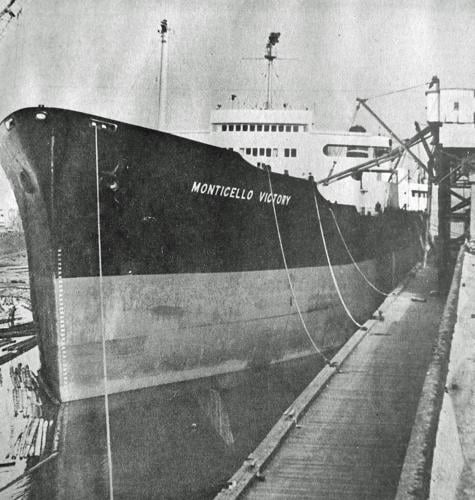 The Monticello Victory is seen in Astoria in 1972. 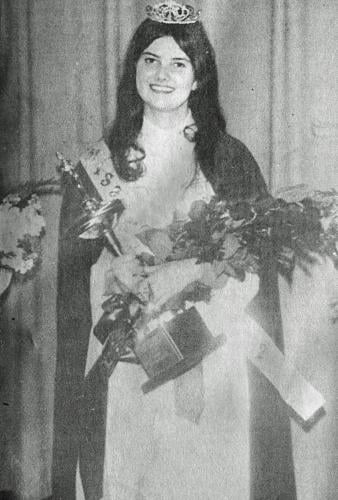 Trudy Rae Tetz was chosen to be Miss Loyalty Day in 1972. 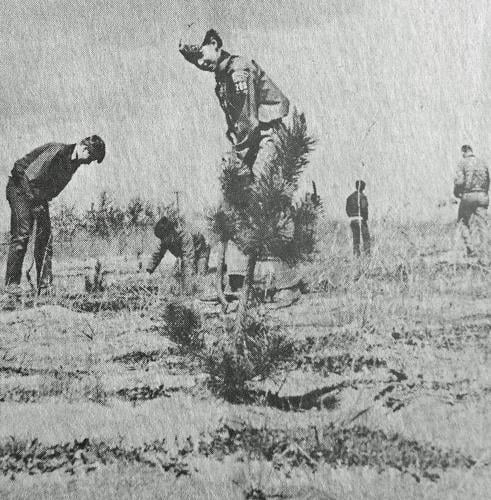 Boy Scouts and members of the 4-H Photography Club planted trees at a new park near the edge of a planned lagoon in Astoria in 1972.

This home on Grand Avenue owned by Jack Osterberg, left and William Bender was the residential winner for the 2012 Dr. Edward Harvey Historic Preservation Awards.

The Monticello Victory is seen in Astoria in 1972.

Trudy Rae Tetz was chosen to be Miss Loyalty Day in 1972.

Boy Scouts and members of the 4-H Photography Club planted trees at a new park near the edge of a planned lagoon in Astoria in 1972.

A historic home on Grand Avenue has been selected as the residential winner of this year’s Dr. Edward Harvey Historic Preservation Awards.

The winners for the 2012 awards were selected by the Astoria Historic Landmarks Commission.

“I think it’s an honor,” said Grand Avenue homeowner William “Bill” Bender. “We enjoy the house certainly and we’re very proud of what we’ve done to it, as is the original family. They’re just thrilled that we’re taking care of it ‘cause it had been neglected for many years.

SEASIDE — There are signs that the local economy isn’t bouncing back rapidly: More nonprofit agencies than ever are requesting grants from the city, and the city itself will have to lay off at least one more employee in addition to the five it has already laid off.

“This is a tough economy ..., I’ve never seen an economy fall off the table like it did,” Winstanley said.

The U.S. Coast Guard escorted a fishing vessel that was listing severely and in danger of capsizing approximately 2 miles south of the Columbia River entrance early Monday.

The crew of the 53-foot, steel-hulled fishing vessel Ashlyne made a frantic mayday call to the Coast Guard after the vessel began listing for unknown reasons. The crew then reported their 70,000-pound catch of fish had shifted in the fish hold, causing further listing and reduction in vessel stability as the Ashlyne attempted to return to port.

The Coast Guard MH-60 Jayhawk helicopter crew out of Astoria and a 47-foot motor lifeboat out of Cape Disappointment deployed to escort the vessel back to Ilwaco, Washington. The onboard pumps were able to keep up with flooding in the fish hold throughout transit.

There wasn’t exactly a wave of people participating in the tsunami emergency drill in Seaside Wednesday, but those who did hike to the hills said it was a worthwhile exercise.

About 45 people, plus over 330 students from Broadway Middle School, walked to designated assembly areas on high ground after emergency sirens went off at 11 a.m.

Astoria fisherman Chris “Crunchy” Cameron has sent word to The Daily Astorian from more than 23,000 feet up on Mount Everest.

Cameron wrote that the group has made it to Camp 3 to finish acclimatization, but the trip has not gone as smoothly as some may have hoped.

“Mount Everest is in a tough condition right now for us with little snow consolidating the rock to the mountain,” he wrote. “There has been many injuries from rockfall going up to Camp 3 and some teams have put a halt to operations until conditions improve.”

ILWACO, Wash. — Judges chose a 17-year-old Long Beach girl to reign over the May 6 and May 7 Loyalty Day weekend.

Chosen as Miss Loyalty Day 1972 was Trudy Rae Tetz, who was sponsored by the Long Beach Peninsula Jaycees. Tetz is a junior at Ilwaco High School.

Astoria officials expect a delegation of people to attend the City Council meeting tonight to register protests against the opening of a store that is selling sex-oriented magazines and material.

Astoria’s problems in getting a sewer lagoon constructed haven’t deterred two troops of Boy Scouts and members of the 4-H Photography Club from beginning work on a park adjacent to the lagoon site.

Some 50 youths were busy Saturday planting more than 125 trees along the edges of the planned lagoon, creating a buffer zone between the lagoon and what will become a park area to the west.

Members of the 4-H Photography Club and Boy Scout troops 269 and 211 participated in the planting operation last weekend.

“There is a lack of interest within Clatsop County for any industry, good or bad, according to Port of Astoria Manager C.E. “Ted” Hodges.

“There seems to be too much ‘let’s not go ahead,’” Hodges told some 30 people attending the third League of Women Voters-sponsored meeting to discuss Clatsop County’s land use series and the future of the county on Monday night. The session was devoted to industrial development in the county.

“We have to go ahead,” Hodges said. “The only ax I have to grind with the environmentalists is that they don’t want progress ... they want to leave it they way it is. It’s fantastic that a green veneer plant didn’t go up at Knappa (proposed Boise Cascade plant). We have to have jobs for our children and grandchildren.”

“I would love to have clean industry,” he said. “It’s up to us to keep them clean.”

Asked about what types of industry he would like to have, he said “anything that produces jobs.” He said he was hoping AMAX would locate an aluminum plant in Warrenton and would attract other satellite industries.

The salmon canning industry of the Columbia River is getting ready for the opening of the 80th season on Wednesday at noon.

From Celilo Falls to the sea, fishermen are trying to figure out where the salmon will show up the best. For several days, boats from Astoria and other lower river ports have been chugging for upriver grounds, some as far as Celilo Falls.

Fishermen at the Astoria mooring basin believed that the new 29-foot gillnet fishing boat built by K.J. Karna and his son, Karlo Karna, at Smith Point is the fastest commercial fishing boat on the Columbia River.

The boat has a 140-horsepower gasoline engine. No speed trials have been held. Fishermen are impressed by the design of the hull, which drops at the stern instead of flaring out of the water. At one time the most popular boat engine on the river developed five horsepower.

Karna has fitted out the classy boat with monel in tanks and the shaft, hardwood trimming and inlays, and specially turned glass for the cabin.

A large herd of sea lions, lorded over by several big bulls, is cutting up on the outer end of the South Jetty.

Ocean salmon trollers report that the colony is unusually large. Its members are a vigorous lot, swimming off the rocks and then climbing in the jetty for beach sunshine. Young sea lions are dark and the big bulls have a lighter reddish hue to their thick coarse-hair coats.

Among the many attractions of the Clam Festival in Long Beach, Washington, on Sunday will be 500 quarts of clams, the Astoria Elks Band and the world’s largest frying pan.

The U.S. Army will be represented by a sound truck with the lungs of a first sergeant.

A poem, specially written for the clam celebration, will be read by its author, John Schuff, who is building a home in Long Beach, near the clam beds which his poetry salutes.

In a final drive to get the clams for the festival, volunteers dug 1,000 pounds Friday. In the first dig Wednesday, 1,510 pounds were produced.

The program begins at noon, and the two chefs, Earl Coughman and Wellington W. Marsh, both frying clams in the same large pan, start feeding the public with the most delicious clams in the world — for free.

The festival is presented as a pleasant tourist attraction. Instead of bragging about the seashore and sea breezes, the people of Long Beach simply ask you to have a clam on them, free and fried.

A motor boat designed by Marvin Tolonen, 9, “the third generation of boat building Tolonens,” is being built in the basement of the Tolonen home in Astoria.

Matt Tolonen, chief boat carpenter on the job and father of the designer, is proprietor of Columbia Boat Works, which his father, Matt H. Tolonen, operated for years.