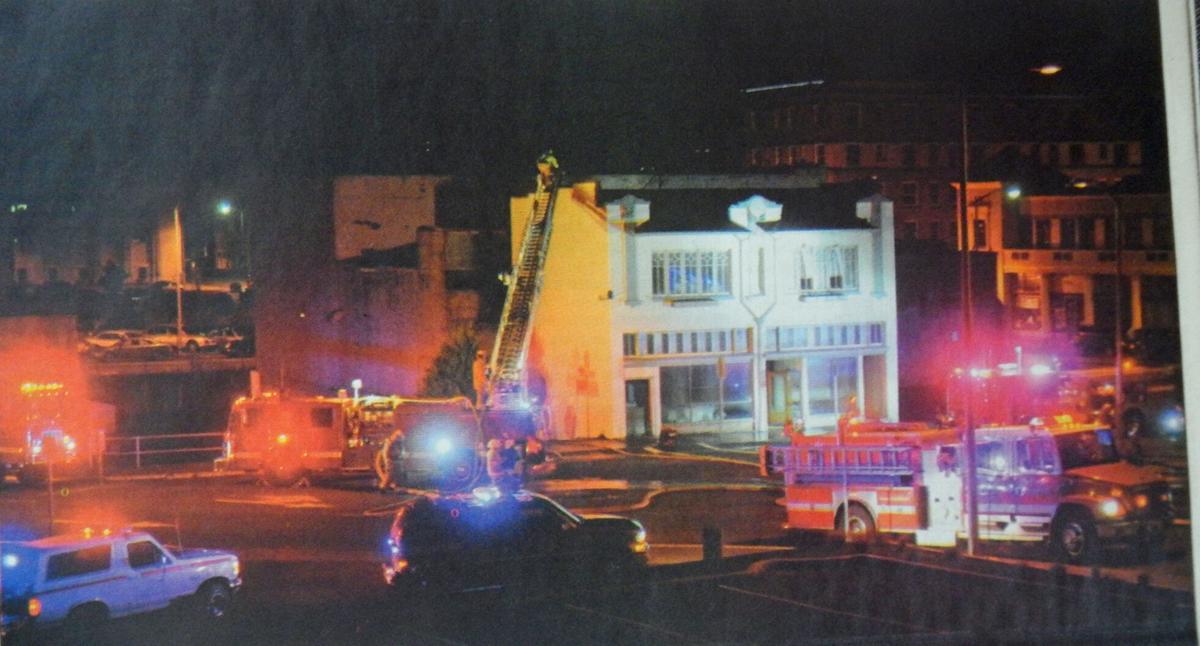 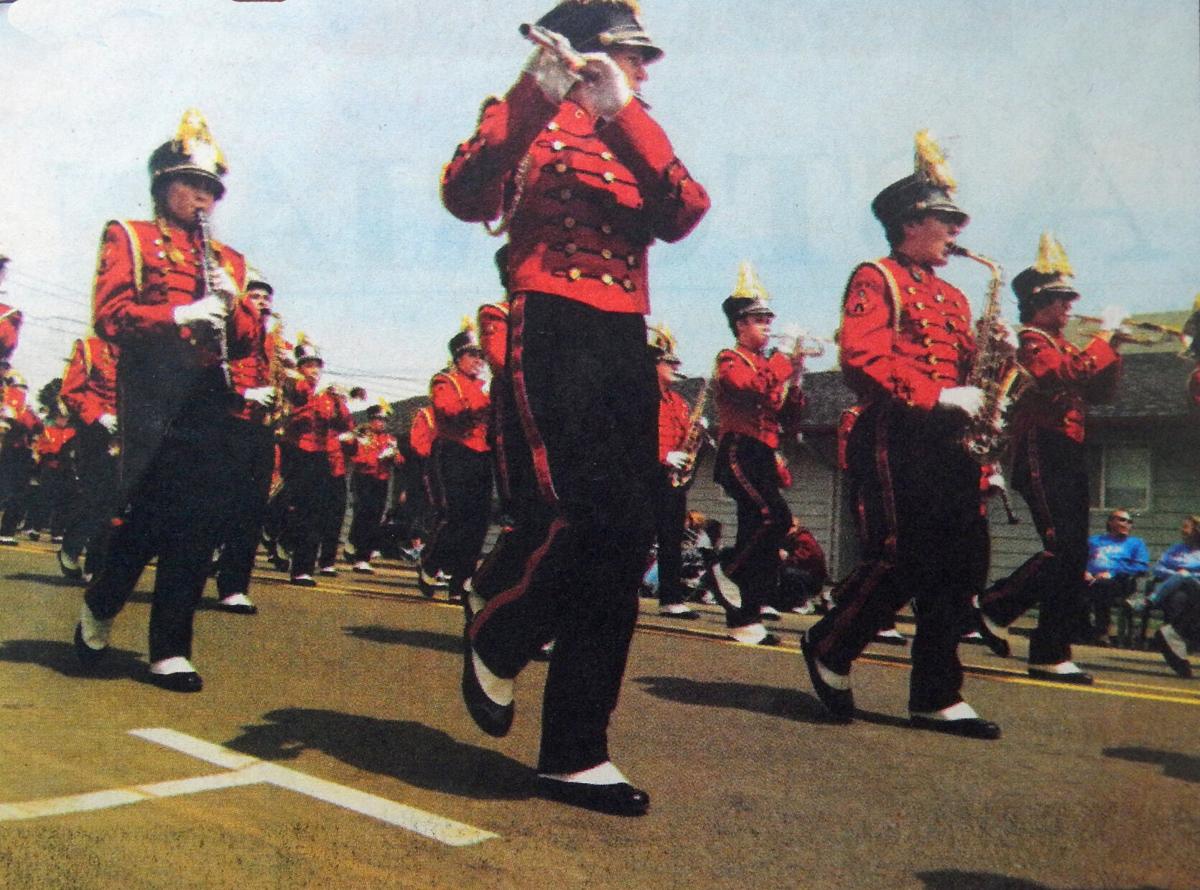 This visiting band was in the spotlight at the annual Loyalty Days Parade in Long Beach in 2011. 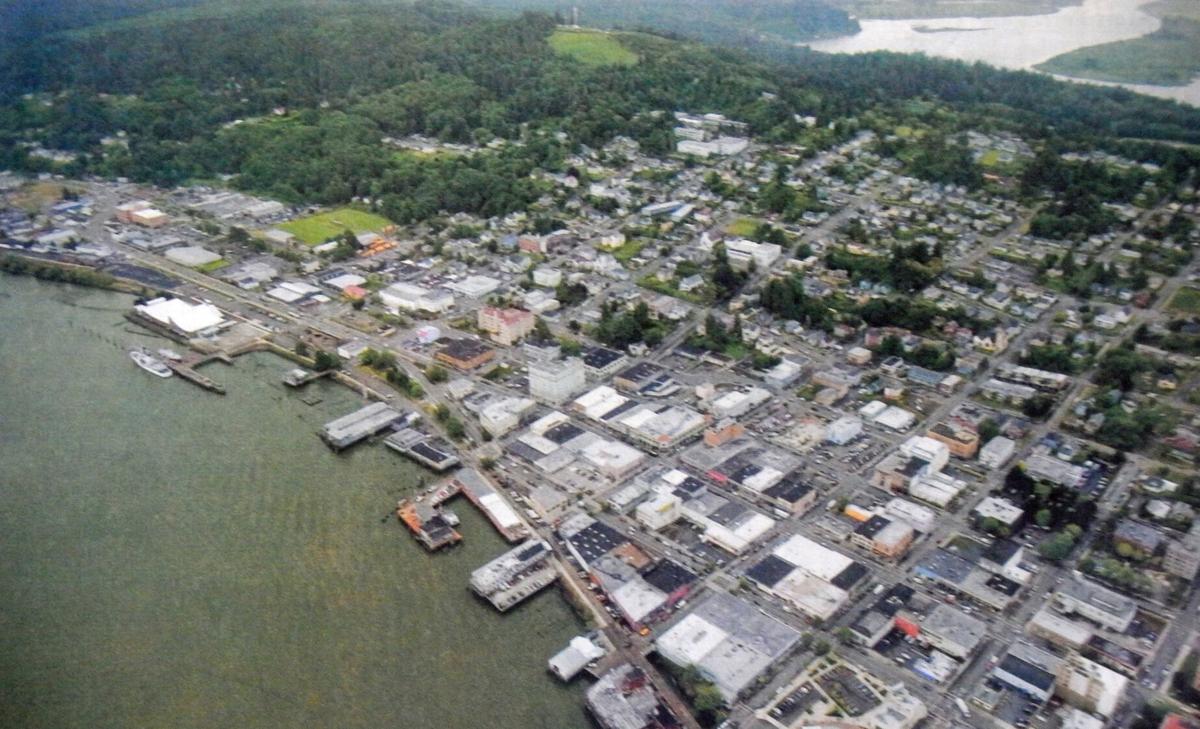 Seen from the air in 2011, Astoria appears to have a sizable amount of undeveloped land on the eastern end of the city around the Astoria Column. When assessed from the ground, some lands are not buildable because of slopes, wetlands and access to utilities. 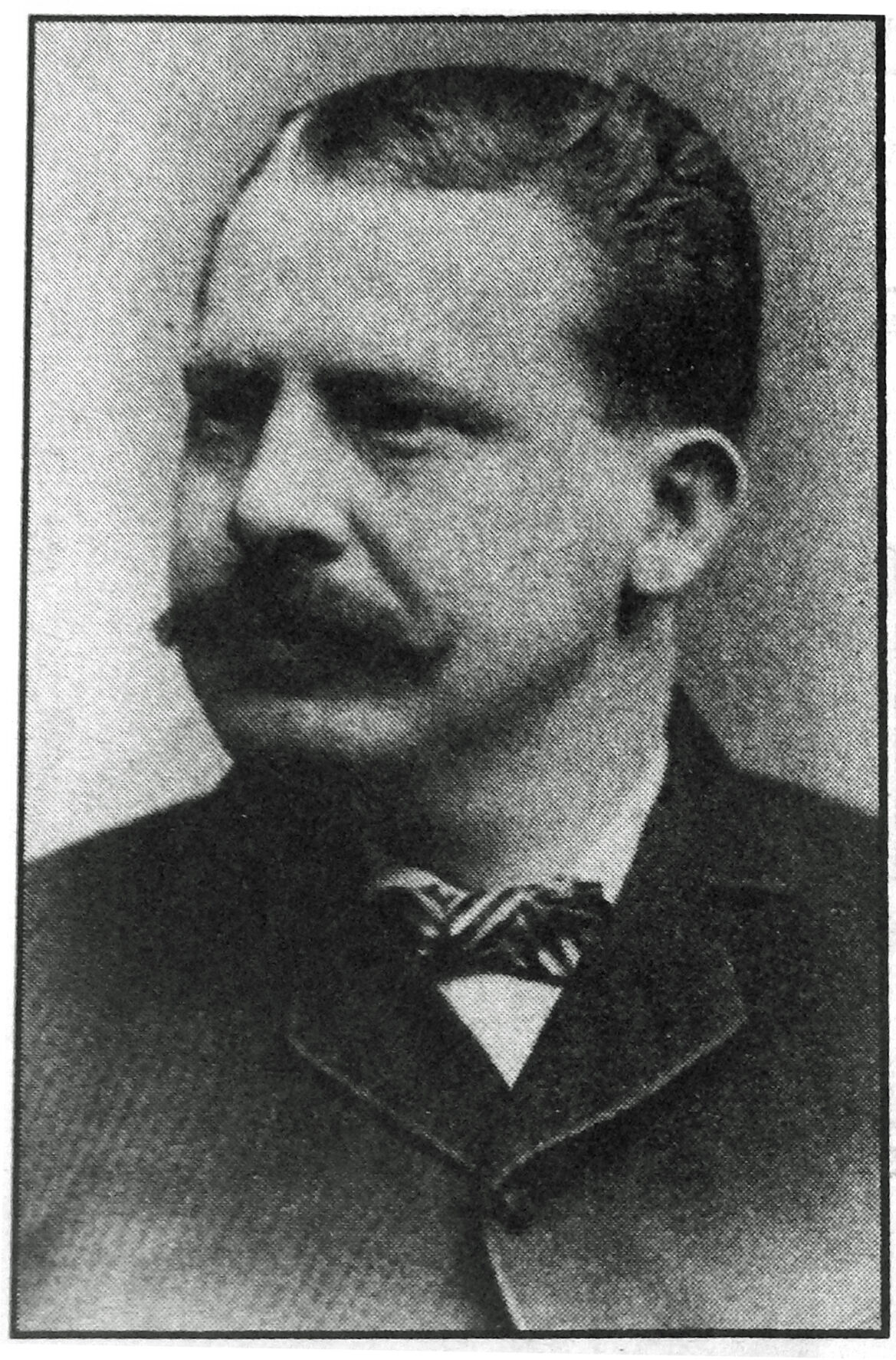 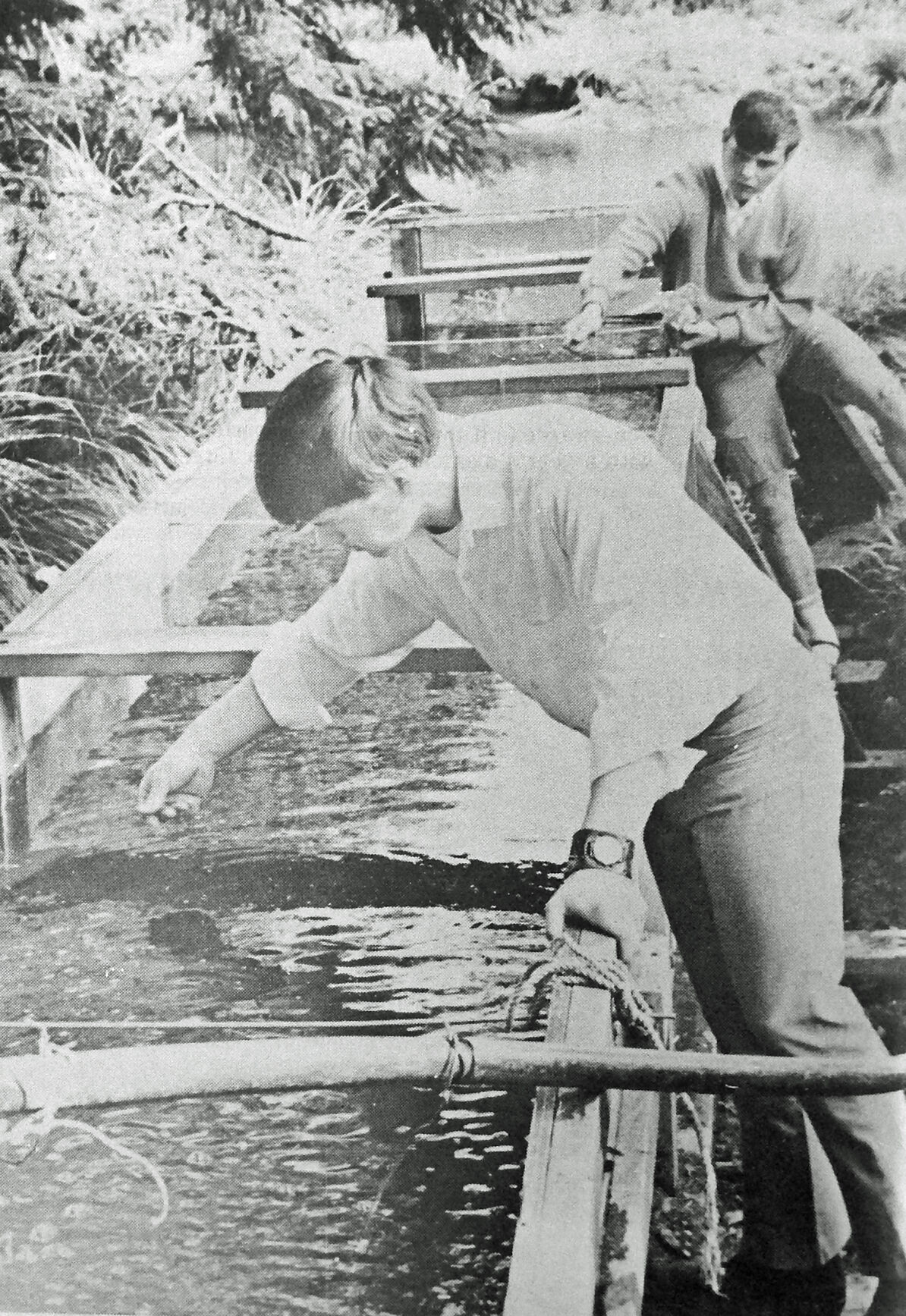 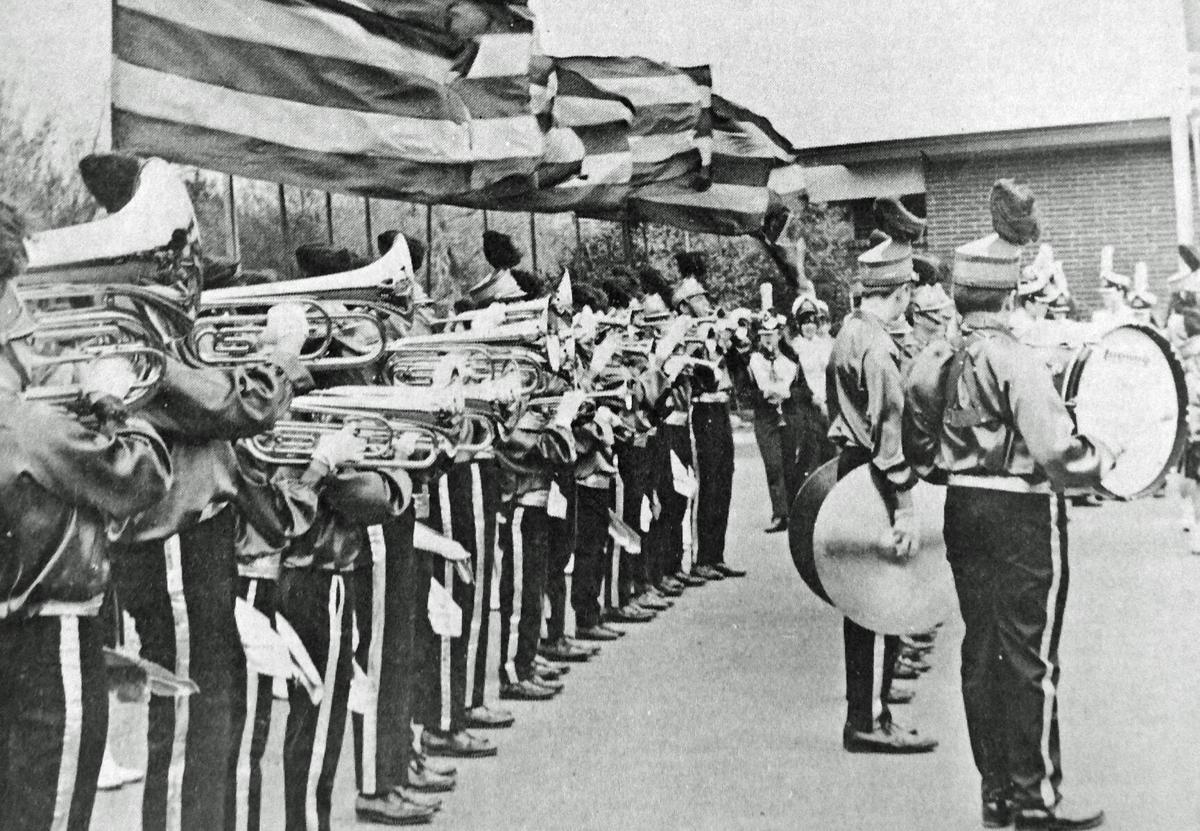 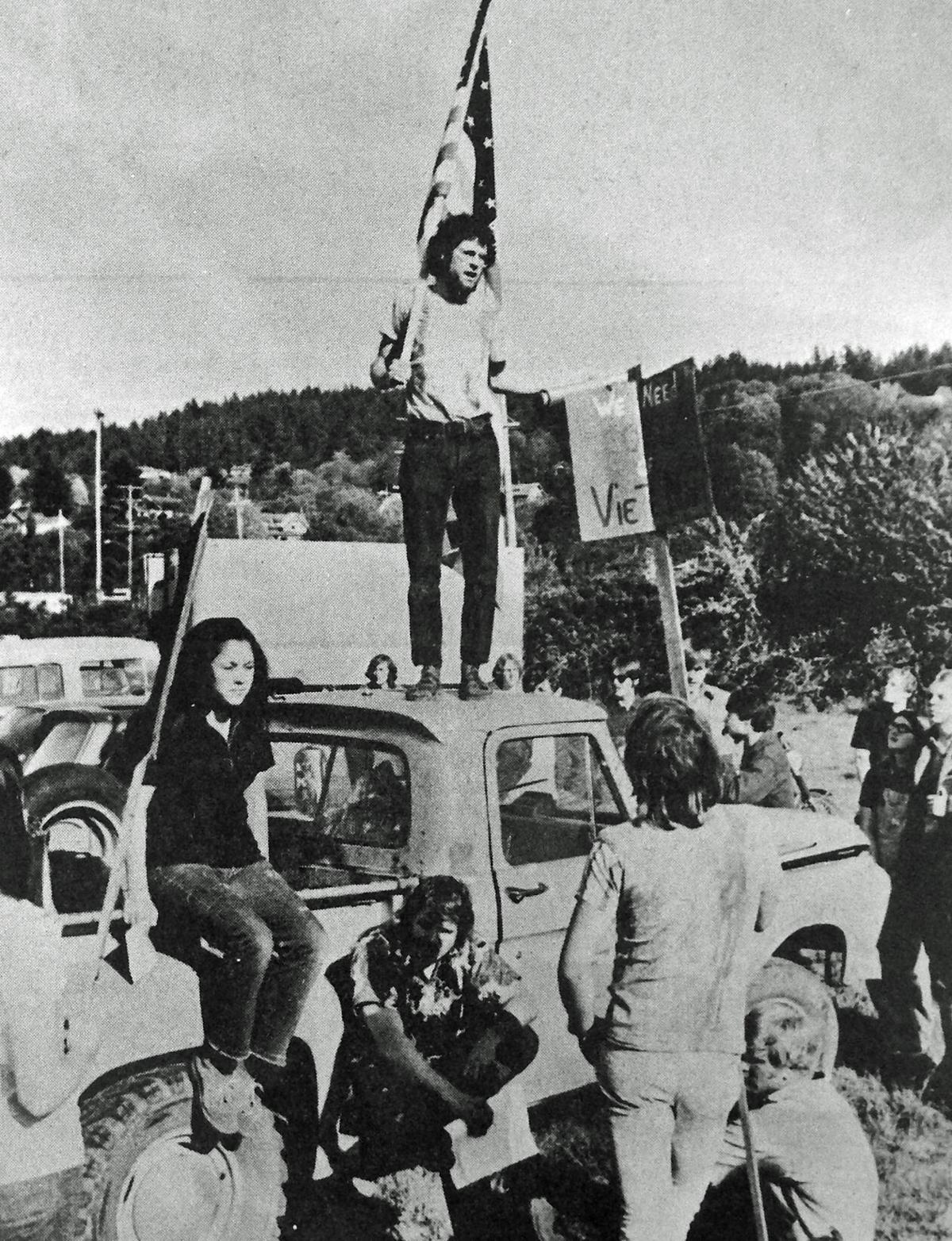 Protesters against the Vietnam War gathered in Astoria in 1971. 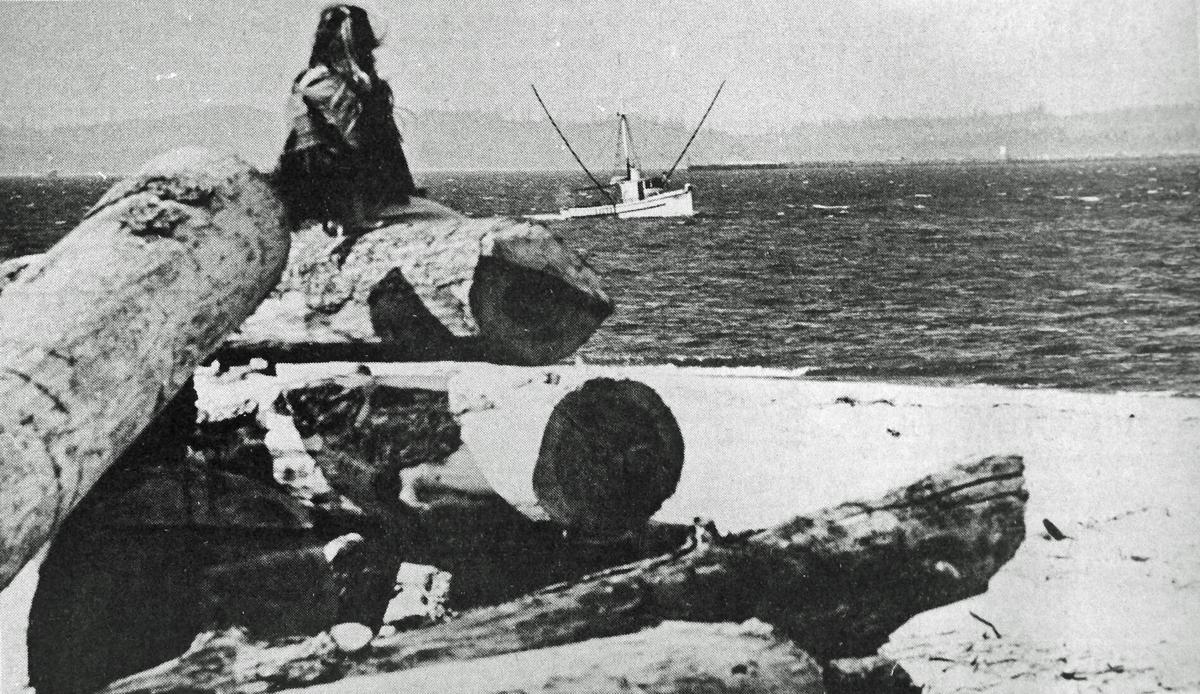 Beachcombing and boat-watching were high on the list of water’s edge activities in 1971.

This visiting band was in the spotlight at the annual Loyalty Days Parade in Long Beach in 2011.

Seen from the air in 2011, Astoria appears to have a sizable amount of undeveloped land on the eastern end of the city around the Astoria Column. When assessed from the ground, some lands are not buildable because of slopes, wetlands and access to utilities.

Protesters against the Vietnam War gathered in Astoria in 1971.

Beachcombing and boat-watching were high on the list of water’s edge activities in 1971.

The cause is still unknown for a weekend fire in downtown Astoria that caused an estimated $275,000 in damage.

The Clatsop County Fire Investigation Team is searching for answers in the burned two-story building with two upstairs apartments on 13th Street.

The Astoria Fire Department and other local fire departments responded to a report of the structure fire at 3 a.m. Saturday.

Tenants of the apartment building, located across from Astoria Indoor Garden Supply, were able to safely evacuate as fire spread from the basement to the attic and vented out the roof.

It took 30 minutes to get the fire under control. But the building, owned by Rosemarie Paavola, suffered significant damage, estimated at $225,000 for the structure and $50,000 for contents.

Today marks something of a journalistic milestone in Astoria, which is celebrating the bicentennial of its founding.

It was May 1, 1876, that saw the town’s first daily newspaper. The Daily Astorian hit the streets. The four-page broadsheet was the progeny of DeWitt Clinton Ireland, “D.C.” to family and friends.

The Astorian’s history traces back three years earlier, to July 1, 1873, when Ireland gave the town its first newspaper, the Tri-Weekly Astorian. His career as a pioneering peripatetic newspaperman precedes that by years.

His work was not uncommon in the 19th century. Publishers frequently packed up their presses and moved on to seek fortune in the latest boomtown.

Some places are rocky. Others, more steep.

But some are just fine, says Brett Estes, Astoria’s community development director. The city has fought to bring buildable land in Astoria back.

With the city’s hills and rocky structure in some areas, the state had declared them buildable or not buildable — from 30,000 feet in the air.

When all you’ve got is a map to lead you, that mistake can easily be made. That’s where consultant Patrick Wingard comes in.

The city challenged the state to declare lands buildable — or not buildable — from an on-the-ground perspective.

“It’s a project that we’ve been working on for several years,” Estes said. “We needed to get true and accurate numbers. The way that the land inventory for development is traditionally done, they weren’t accurate. So we changed that.”

WASHINGTON, D.C. — Anti-war demonstrators fought police in a six-hour series of skirmishes on the capital’s streets today. Rush-hour traffic was snarled. The arrest of more than 6,000 protesters frustrated their efforts to paralyze the nation’s government.

LONG BEACH, Wash. — Between 10,000 and 15,000 people crowded into Long Beach Sunday to watch probably the largest Loyalty Days parade in the Pacific Northwest.

More than 100 entries — and more the 2,000 people — marched and rode in the parade, according to Quentin Herwig, publicity chairman. The sweepstakes winner was the North Olympic Highlanders Bagpipe Band from Port Angeles, Washington.

The weekend’s varied events were climaxed with a Loyalty Days program following the parade, with Washington state Secretary of State Albert Ludlow Kramer III as the featured speaker.

“What we see here represents what America is all about,” Kramer said. “It seems especially fitting at this time in history, because so many people have began to question America and what America is for. I hope today will be the beginning of loyalty week, loyalty year, loyalty decade and loyalty century.”

ILWACO, Wash. — A classic battle of ecology versus economy took place in Ilwaco Friday and, after it was over, it appeared the ecologists had the upper hand.

The combatants were officials of the Port of Ilwaco, representatives of the Federal Bureau of Sports Fisheries and Wildlife and the National Marine Fisheries Service. An interested but non-committed third force in the skirmish was the U.S. Army Corps of Engineers.

The battlefronts were the breakwaters of the Port of Ilwaco’s mooring basin, and a mudflat and marshland to the west, where the Port hopes to construct a new mooring basin and parking area. Like most modern warfare, peace negotiations soon began — over lunch in a downtown Ilwaco cafe. And like most peace negotiations, there was lot of talk but nothing much was accomplished.

A walk protesting the country’s continued role in Vietnam is scheduled to take place Thursday evening in Astoria, from the fairgrounds to the post office building.

The scientific answers as to what effects fluorides may have on salmon may well be aided by an enthusiastic group of students from Warrenton High School and their instructor.

Recently completing a planning and laboratory building project, which has taken 13 years, members of the high school’s Science and Math Club have received 2,000 fingerling salmon from the Clatskanie Fish Hatchery for their experiment.

The goal of the research program, according to biology teacher Larry Hallman, is to get fish back into the Skipanon River and to study the effects of fluorides on the salmon.

Astoria will become an intermediate refueling point on a new airline flying produce from Southern California to Alaska, according to Ed Parsons, of Astoria, who flew back from Bakersfield, California, where he conferred with promoters of the new enterprise.

Ellis Bunch, of Bakersfield, will manage the line, which will begin operations with two C-47 transports obtained from the U.S. Army’s surplus stocks.

Parsons made arrangements for the firm of Parsons and Washburn to do the refrigeration installations on the planes and for Radio and Electronics Inc. of Astoria to install the necessary radio stations between Southern California and Alaska for navigation purposes.

Plans are to use Astoria as the only intermediate stop on the run, provided U.S. Navy permission can be obtained for use of the county’s naval air station.

With 45 light planes landing in Seaside, the largest flight of the Oregon Sportsman-Pilots Association since World War II was held. The pilots, coming from Oregon and Washington state, came at the invitation of Irving Allen and Elmer Smith, operators of Seaside’s new 1,650-foot airstrip.

Convill declared that he has notified the Navy that extensive damage was done to the Column property and that the city will seek reparations.

The Column has been so defaced by obscene writings that much repainting must be done before it is fit to show visitors, Convill said. Two buildings left there by the Navy must be removed.

In the near future, the Astoria garbage dump will not be run like a gold rush strike.

It is the intention of the city to post a guard over the proposed new site, where garbage will be buried in a trench dug by a bulldozer. This policing is routine in other cities. It has been planned for some time and did not result from the recent investigation of the dump by the U.S. Navy.

One city official said that if the garbage was valuable, the city would sell what could be disposed of. The official regarded garbage left in the city dump as city property.

There are no existing U.S. Navy regulations which would permit civilian use of the Clatsop County airport on a joint Navy-port maintenance agreement after the Astoria naval air station goes on a caretaker basis June 1, authorities of the 13th naval district informed the Astorian-Budget.

The question of the future of the airport, brought to a head by the pending change in the air station’s status, has been causing some concern to local aviation interests and to the Port of Astoria commissioners.