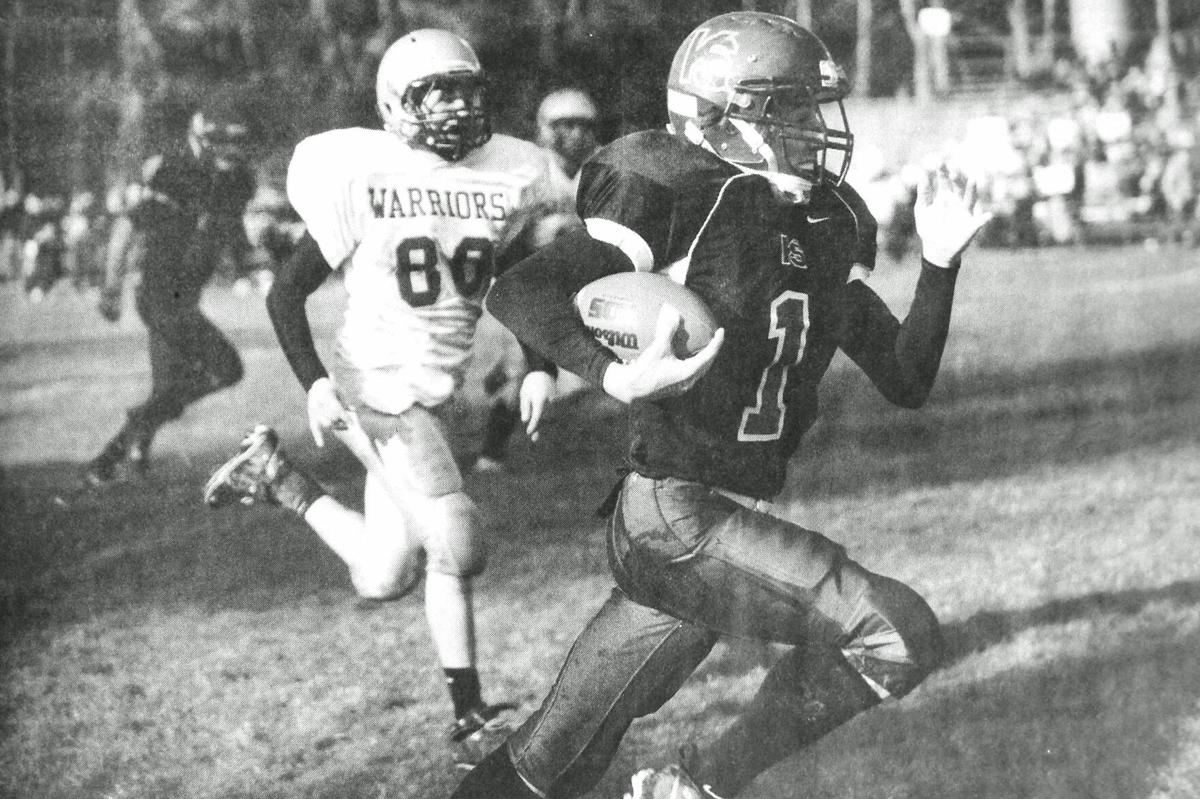 Knappa’s Pat Morgan outruns Jamie Marscal and the Oakridge defense on an 80-yard touchdown sprint at Knappa High School in 2010. 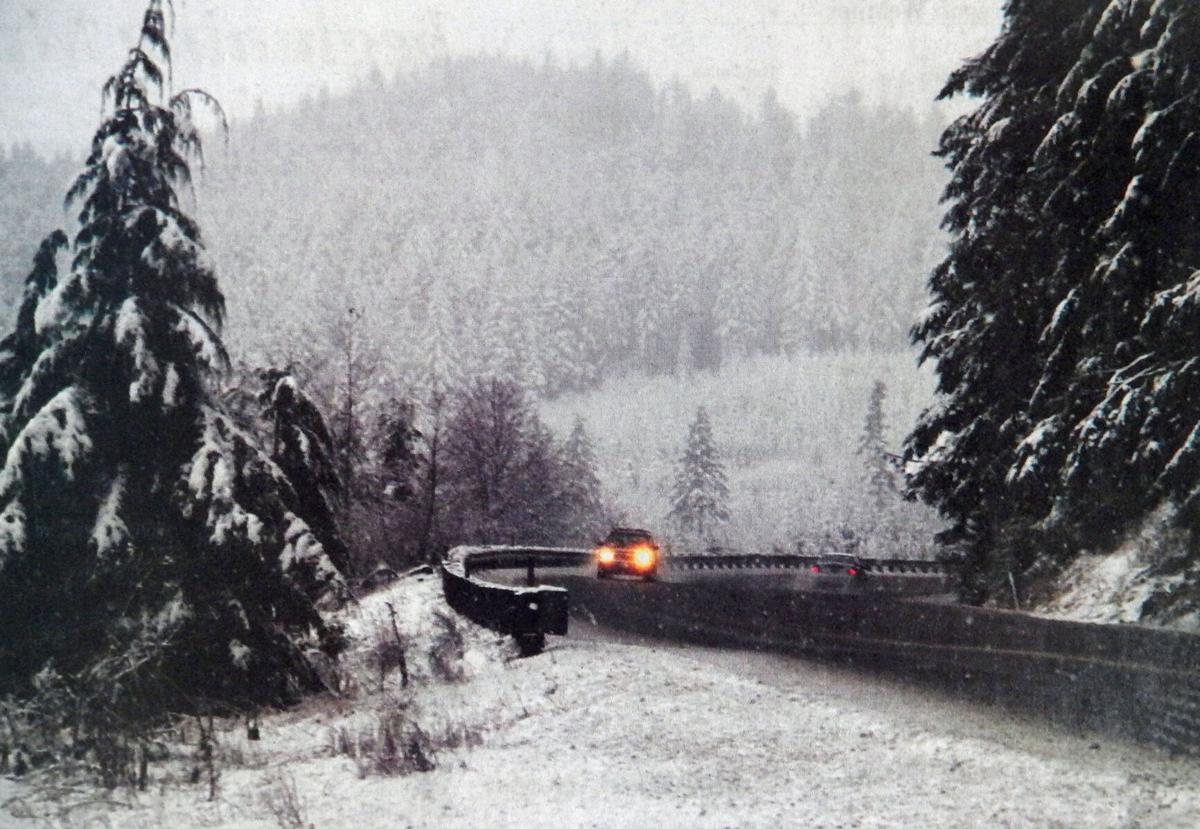 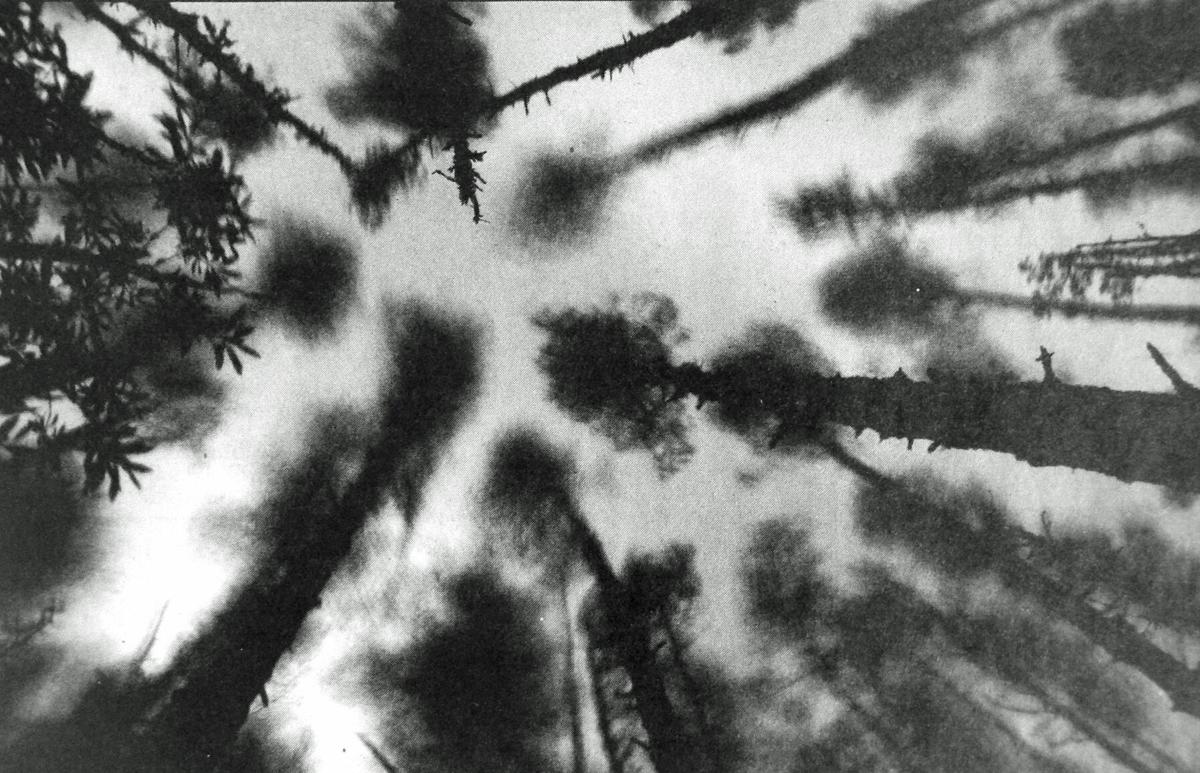 Shore pine trees sway overhead in the wind and rain at dusk near DeLaura Beach in Warrenton in 2010. 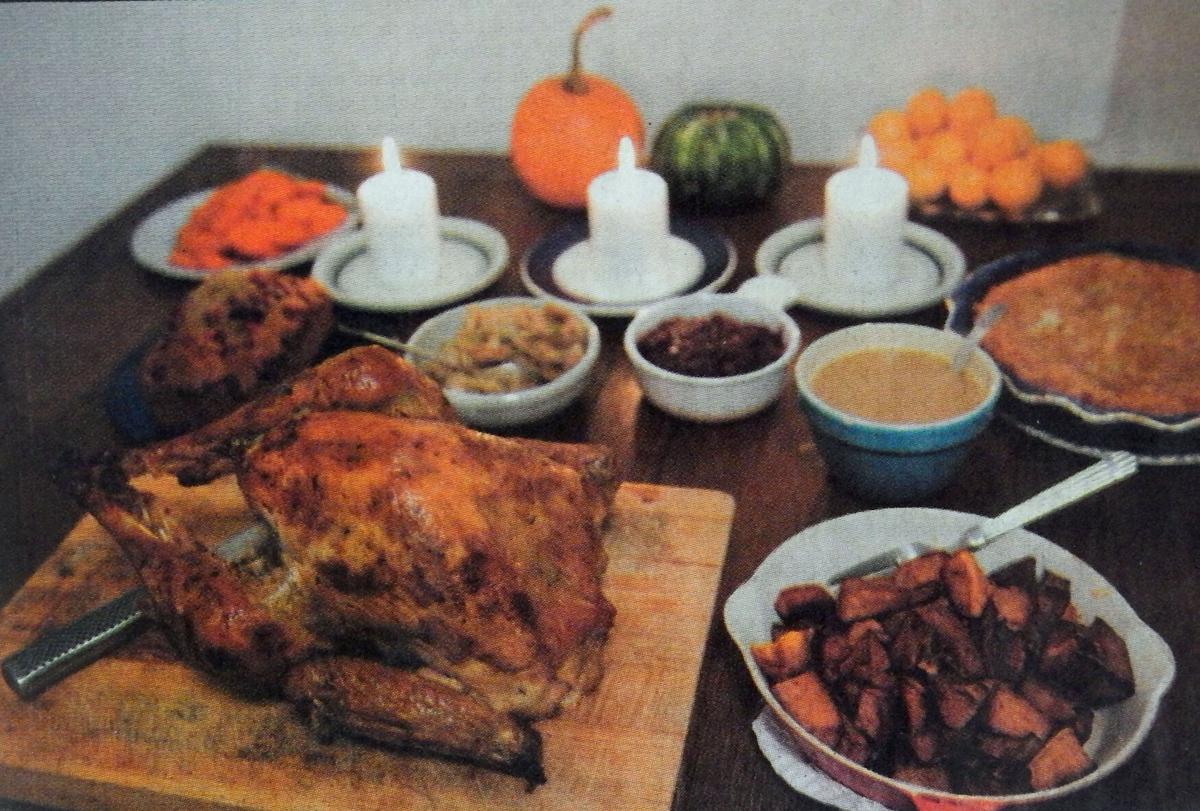 A Thanksgiving dinner in 2010. 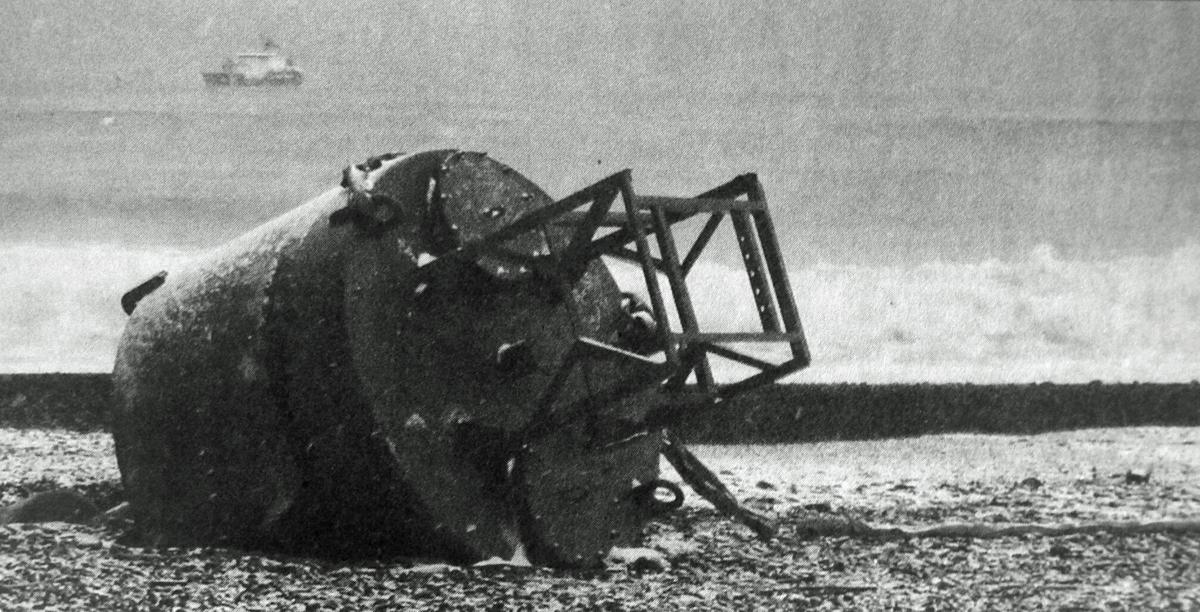 A buoy from the Quillayute River Bar in Washington state sits high and frozen on the beach in 2010. 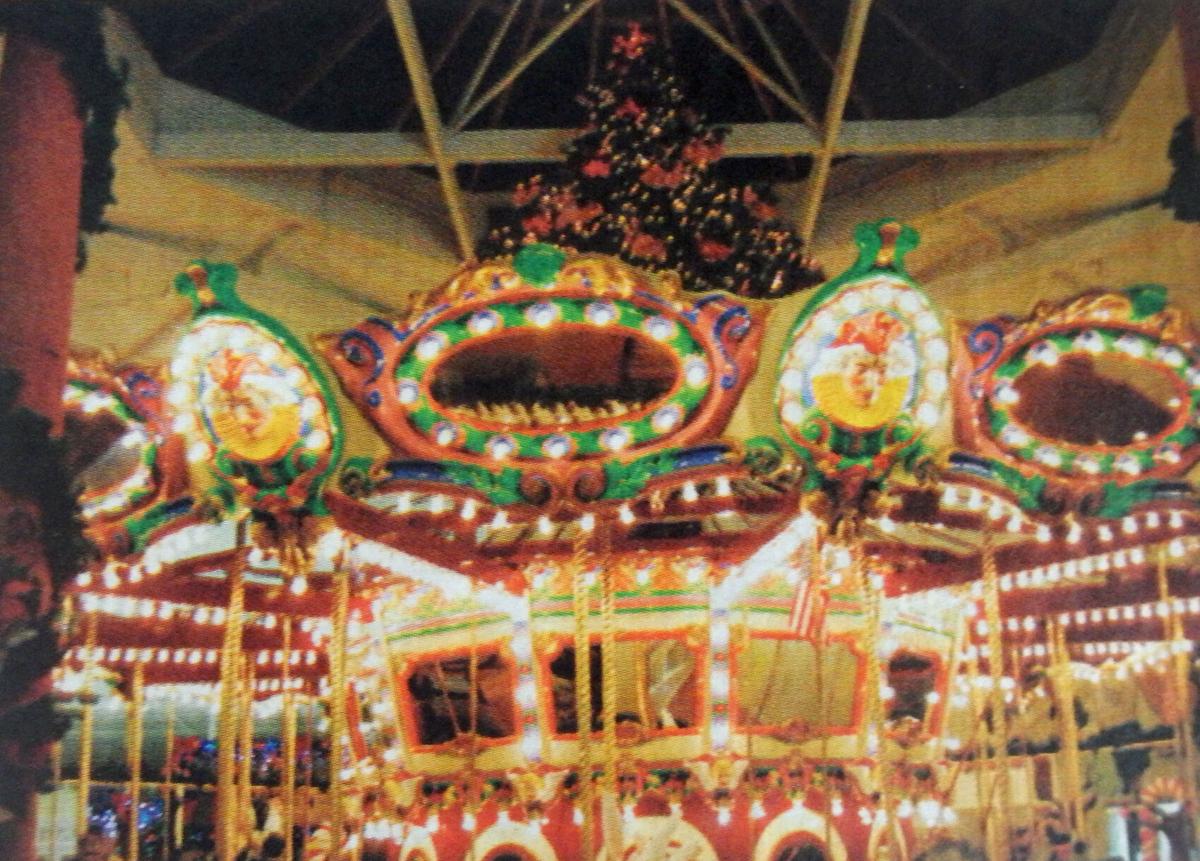 The Seaside Carousel Mall celebrated its 25th anniversary in 2010.

Knappa’s Pat Morgan outruns Jamie Marscal and the Oakridge defense on an 80-yard touchdown sprint at Knappa High School in 2010.

Shore pine trees sway overhead in the wind and rain at dusk near DeLaura Beach in Warrenton in 2010.

A Thanksgiving dinner in 2010.

A buoy from the Quillayute River Bar in Washington state sits high and frozen on the beach in 2010.

The Seaside Carousel Mall celebrated its 25th anniversary in 2010.

Recess is about to get a whole lot more fun at Capt. Robert Gray School, thanks to Columbia Memorial Hospital, which has given a $10,000 donation to remodel the school’s playground.

Erik Thorsen, CEO of Columbia Memorial, announced the donation Nov. 7 on behalf of the CMH Health and Wellness Pavillion’s pediatric clinic. “We believe the good health of our children is at the core of our mission and by making this donation we are contributing to a safe and healthy play environment,” Thorsen said.

Douglas eliminated the Fishermen, 24-12 in a back-and-forth 4A quarterfinal game, earning the school its first spot in the final four.

Knappa football coach Aaron Thornton is trying to keep his team as humble and down to earth as possible — but when the Loggers’ pregame chant at the start of the season was “Who dat gonna beat them Loggers!?” — there’s only so much he can do.

The Knappa Loggers are brash, confident and play with a lot of swagger. And why not?

Knappa’s 55-22 state quarterfinal win over Oakridge Saturday afternoon at Knappa was the 10th straight victory for the Loggers.

Forget “Graveyard of the Pacific” — the ocean and Columbia River weren’t bothering very many people Monday as cold weather blew through Clatsop County. The problems were almost entirely on icy land.

Both Highway 26 and U.S. Highway 30 were closed at different times Monday while state police and the Oregon Department of Transportation sorted out traffic snarls and minor accidents.

The crew of the U.S. Coast Guard cutter Fir is back in port after working hard in the harrowing weather nature has thrown at the North Coast this week.

They’ve been picking up the scattered pieces left after this fall’s stormiest weather ripped a Quillayute River Bar navigational buoy in half, bounced it off the bar’s bottom and flung it up on a now snow and ice crusted shore.

The 225-foot buoy tender’s commanding officer, Cmdr. Mark Vlaun, said the effort was a part of a big push to get several buoys ready for the start of crab season, expected to kick off Dec. 1. The weather, though, has been an impediment.

“This has been a pretty rough season so far,” Vlaun said. The storms waves can make buoys with heavy sinkers, thick chain and tens of thousands of pounds of metal, like the rogue Quillayute River Bar buoy, seem like lightweight toys.

It snowed. It sleeted. The wind almost blew you off your feet. It was the worst football night in the history of Gyro Field in years. Weatherwise, of course. But this didn’t deter Knappa High School’s championship bound Loggers.

Knappa, just barely favored Friday night in class A state semifinal action against unbeaten District 3 champ Monroe, near Eugene, simply lowered the boom against the Dragons and won 13 to 0.

American Metal Climax has spelled out the economic benefits it says its Warrenton aluminum plant will bring to the area. And the presentation last week was impressive: the high pay and fringe benefits, the local purchasing, the lowered tax rate, paying to expand Warrenton’s water system etc. But the doubts and fears of many Clatsop County residents continue.

Some fear or oppose the planned facility because it would bring more people and activity to the area. Others because they are pretty sure it will bring a pollution problem. Some are against it on both counts. Some know next to nothing about aluminum plants and oppose the project. Some have taken the trouble to inform themselves about the issue and are against the plant.

Of the question marks surrounding the planned aluminum plant, housing is definitely one.

The county should know next month how many housing units it has, about how many are occupied and vacant and what kinds of units they are. That’s because the federal census reports on housing and population for Oregon will be available sometime in December.

Those reports should give a clearer picture about where the county stands with regard to the coming of a major industrial plant. The other question is, of course, how many persons will come in from outside to work in the plant. American Metal has said it hopes to obtain some 90% of its workforce from the Clatsop area, but no one knows whether that will in fact be possible.

At least one firm, Waterhouse Logging Co., has already laid off 15 of its 20 employees, most of them loggers and truckers. A smaller outfit, it own its timber and handles all phases of timber operations. A spokesman blamed “the poor timber market” as a cause for the number of layoffs.

WARRENTON — Rumors that the state is planning to construct a public marina facility at Clatsop Spit were confirmed this week by Dave Talbot, state parks superintendent. He said a preliminary study of marina feasibility for the area has already been run with positive results.

Long-range plans now include further study of a fairly large marina complex, which he said could conceivably include the entire small bay area.

Plans for such state development have caused concern in Hammond and Warrenton, towns which enjoy thriving businesses with their mooring basins. And, though Talbot stated the government’s concern “not to run anybody out of business,” Hammond and Warrenton officials have expressed opinions that boating business does not warrant extensive development by the state, which might instead halt steady growth of the two municipally operated boat basins in the northern Clatsop County area.

A gale from the direction of California today halted local shipping, disrupted communications widely, knocked out power lines and broke loose a steel barge on the Astoria waterfront.

Heavy rainfall accompanied the blasts from the south which reached a velocity of 60 miles at 6 a.m. this morning. Trees falling on power lines cut off electricity from Astoria to Jewell.

Astoria has contributed generously to the clothing collection to aid Holland, according to Mrs. E. D. Towler, publicity chairman for the campaign, who revealed that more than 1,000 pounds of top-quality clothing is now ready to be shipped in the war-ravaged country.

John Reith, 17-year-old son of Mr. John H. Reith and his wife, Route 3, Box 280, left Wednesday afternoon for Chicago where he will compete for the national prize in dairy production against winners of other sections of the United States in the 14th national 4-H Club Congress, Dec. 2 to Dec. 6.

Jaywalkers in the central business district are now crossing streets in peril of loud-spoken reprimand from a police car.

Police Chief John Acton said today that his previously-announced plan of calling jaywalkers’ attention to their misdeeds by reminding them loudly from a police car loudspeaker right in the midst of their act is now in effect.

One police car with a loudspeaker went on duty in the central business district this morning. All persons caught crossing streets at other places than properly designated pedestrian crosswalks will be reminded that they are in error and will be asked to go back where they started and cross at the proper place.

Fish processing industries, both canning and frozen, and the fresh fish market have to make adjustments from war-time business to the eventual free market of a peaceful fish-eating world.

Operators of the nation’s diversified fisheries realize that they face growing competition as the world’s fish grounds, out of production in many instances during the war, again release their fish on the best markets.

Astoria’s acute housing situation was brought more forcibly to the attention of city officials Wednesday with the disclosure that the national housing agency wishes to eliminate as soon as possible the temporary wartime housing provided by 88 trailer units and the 240 units at Riverwood Park in Jeffers Gardens.

The U.S. House of Representatives has passed the House concurrent resolution, which authorizes the full-time operation of 18 U.S. Navy air stations, including the Astoria naval air station. The resolution will now go to the Senate for concurrence and no opposition is anticipated.