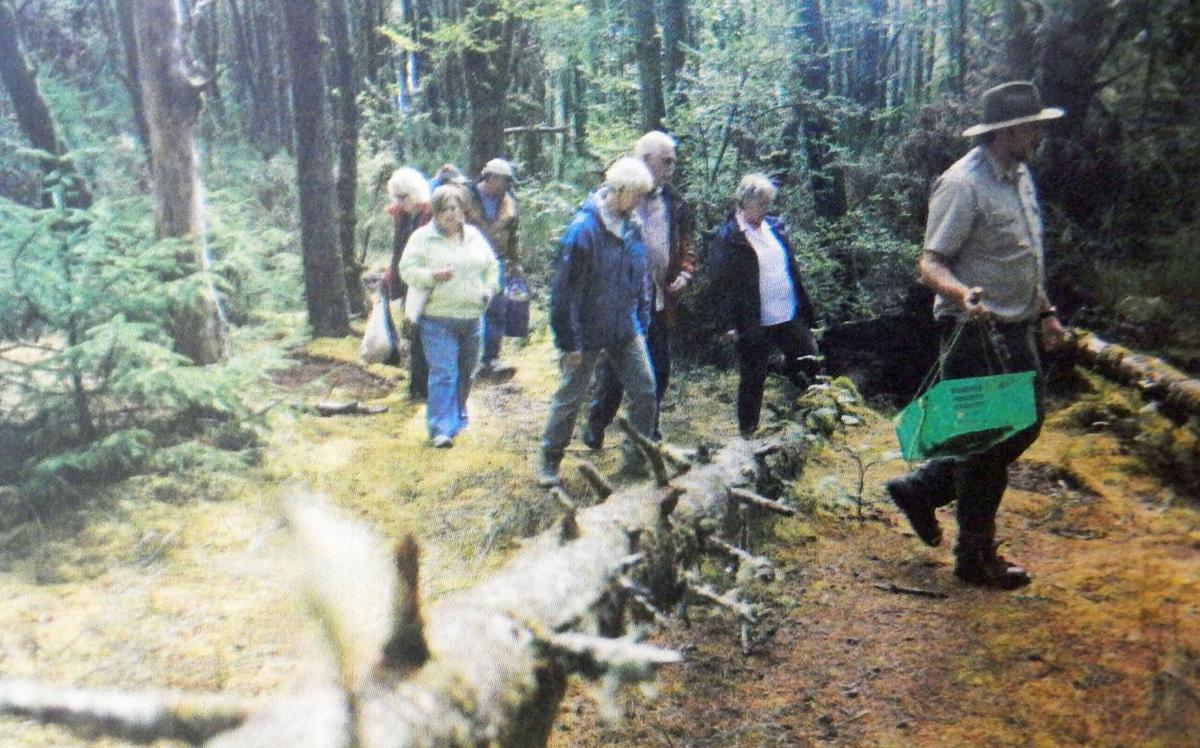 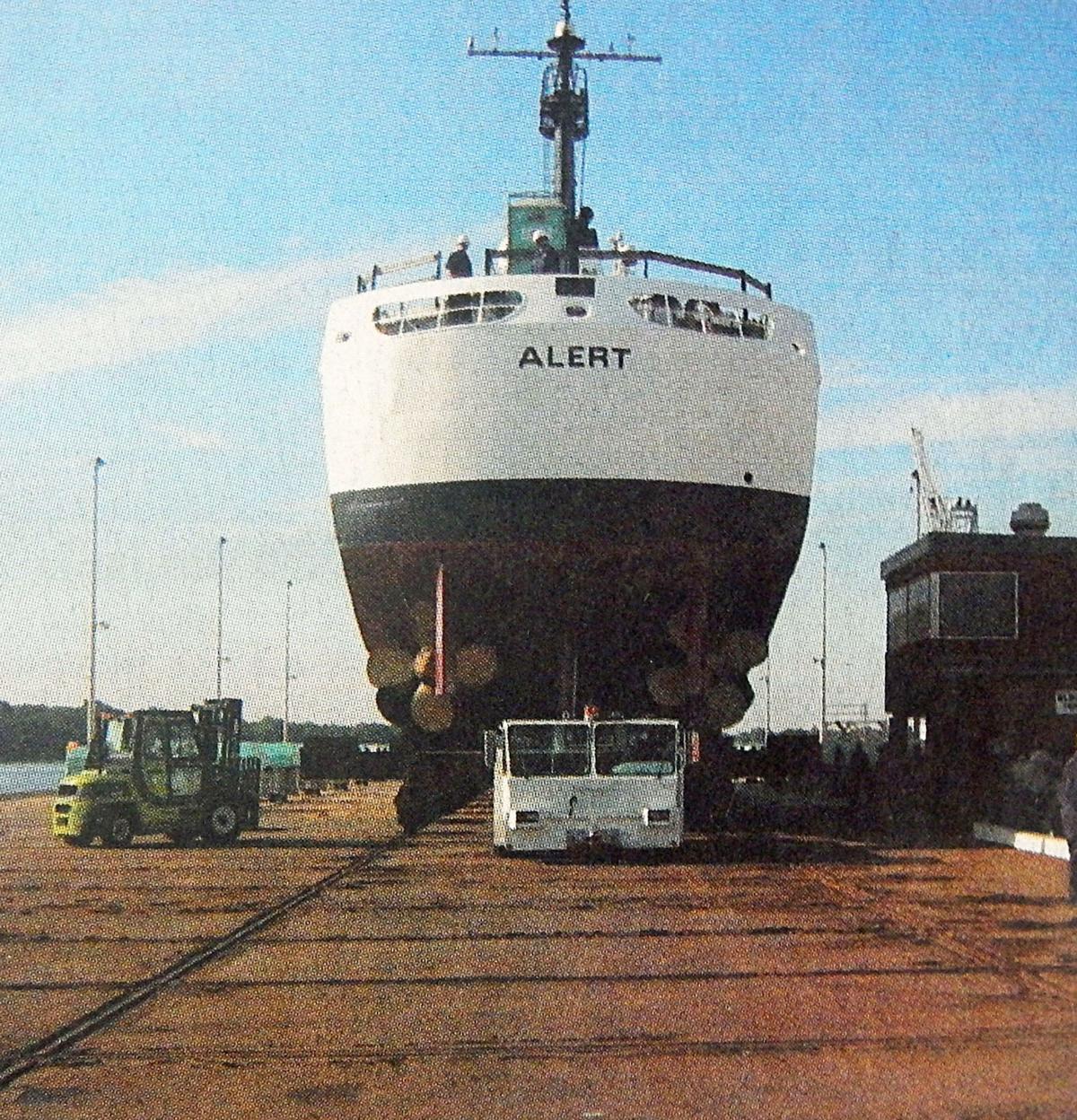 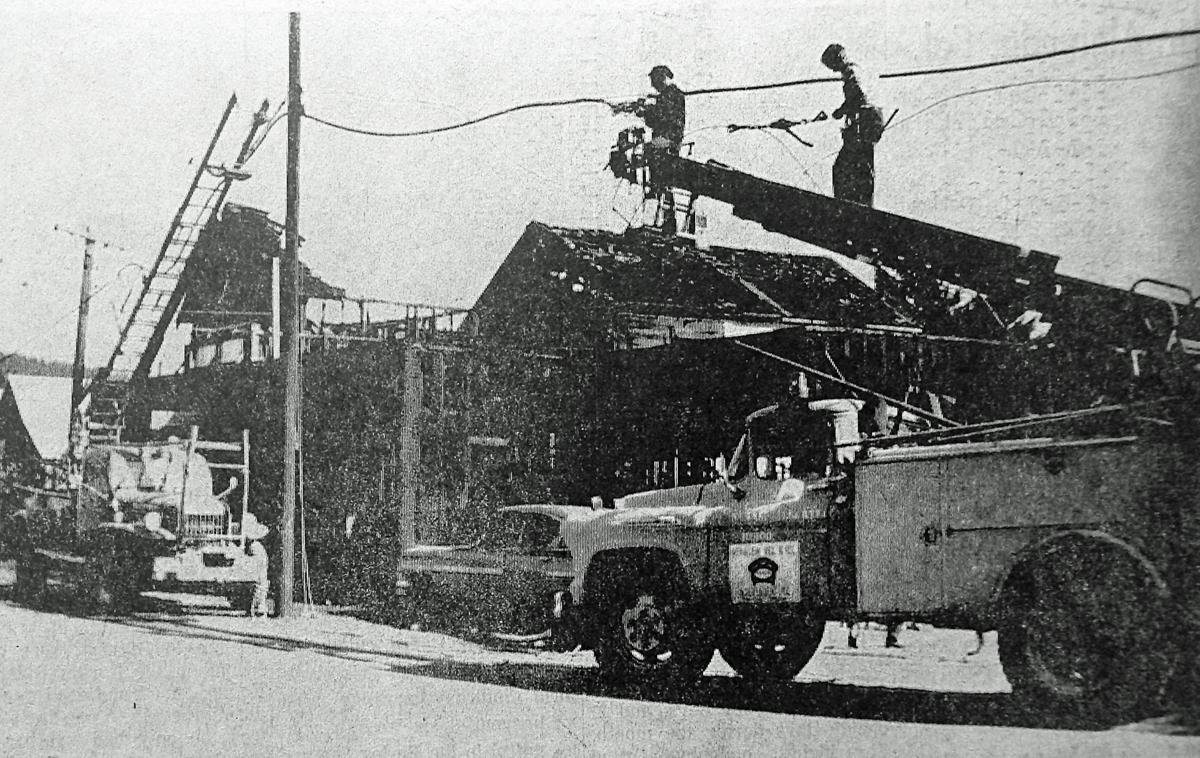 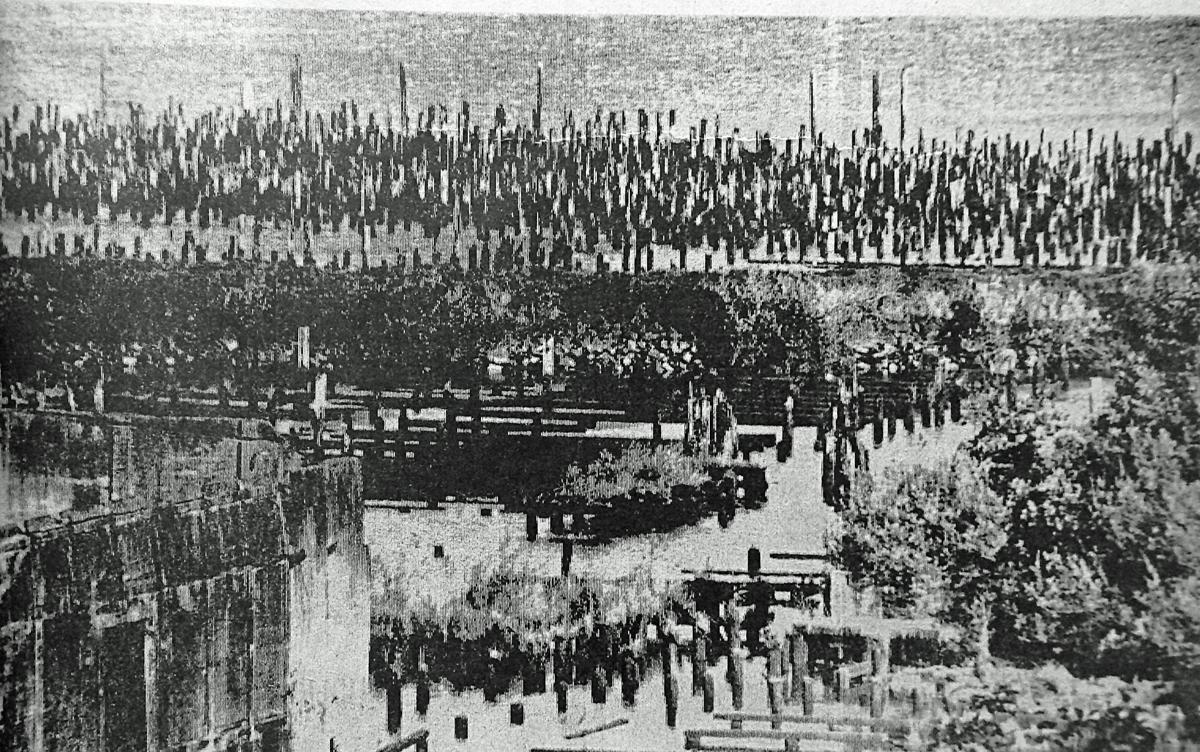 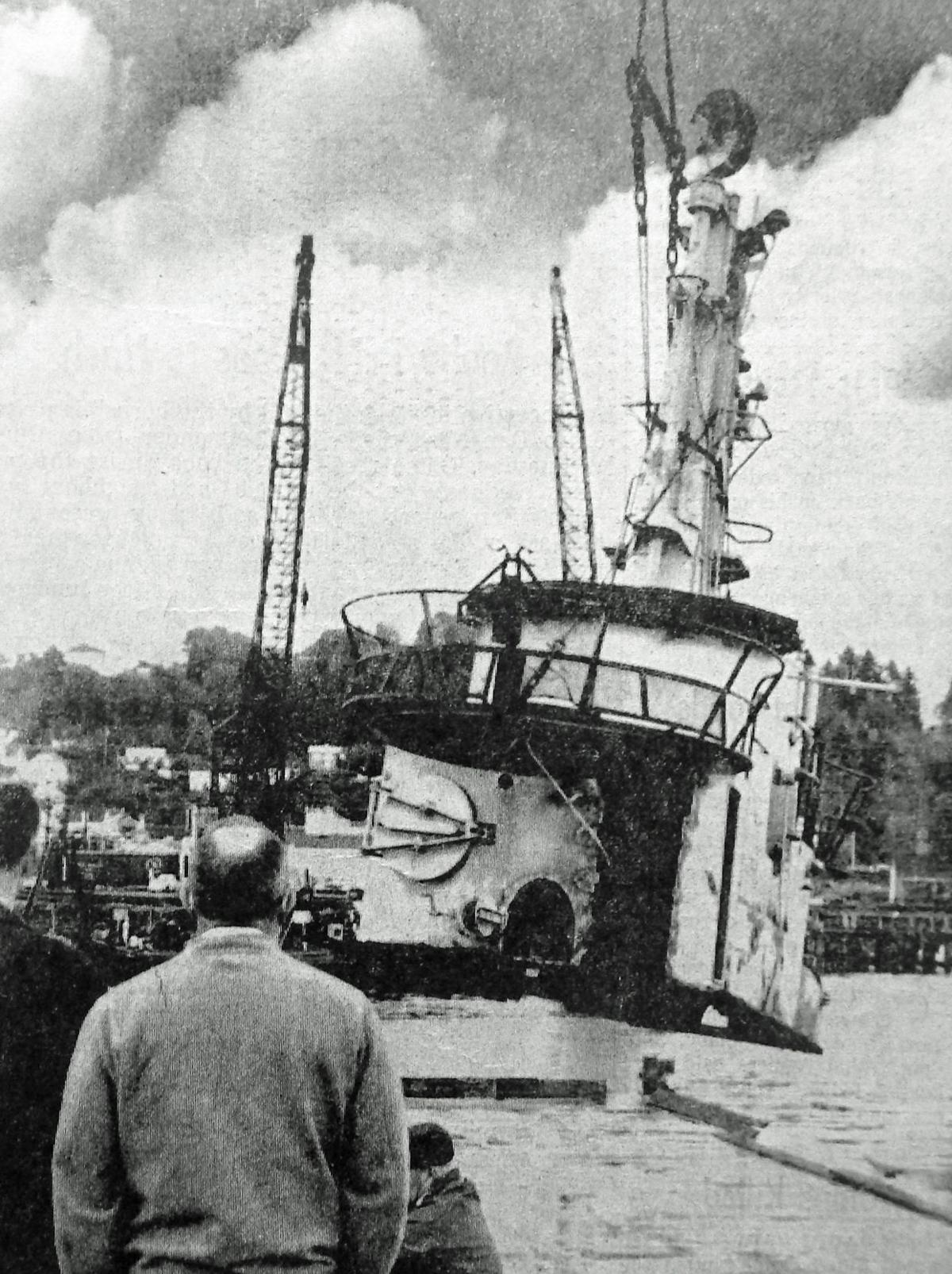 The hungry and the mushroom-curious are heading for the forests. It’s autumn, and on the North Coast that means mushroom season.

Chanterelles, some of the most prized mushrooms around, have been appearing for some time now. But other favorites – like the king bolete – are a little slow to fruit, possibly because rains are late this year.

Whether it’s to learn about mushrooms or their habitat, to find a succulent feast or simply for an excuse to take a walk in the woods, visitors and locals alike have found the ranger-led wild mushroom hikes at Fort Stevens State Park an informative and confidence boosting way to pass an afternoon.

The Port of Astoria is reopening Pier 1 for public access today.

Heightened security requirements following the 9/11 terrorist attacks forced the Port of Astoria to close the pier to public access.

Port staff has worked closely over the past year with the U.S. Coast Guard to provide a means to allow access to the pier during periods of inactivity.

“We are excited to announce the reopening of this pier to allow our local citizens to access a popular area in Astoria for fishing, crabbing and enjoying the view, as we enjoyed in the past,” said Commission President Bill Hunsinger.

Though few details are known about what caused the plane to go down, local authorities had been in communication with the pilot of the experimental aircraft. Soon after communication stopped at about 10:15 a.m., Columbia County Sheriff’s deputies began looking for the plane, and contacted the Coast Guard for help.

Air Station Astoria launched an MH-60 Jayhawk rescue helicopter to the area west of St. Helens at about noon, and the crew began searching.

It was then that the first saving factor kicked in, said Mark Dobney, civilian search and rescue controller for Coast Guard Group Astoria. The airplane had an ELT, or emergency locator transmitter on board, and as the MH-60 helicopter closed in on the area, it was able to pick up a signal.

“The ELT worked, helping us narrow in on the search,” Dobney said.

But even though the signal was detected, the crew didn’t initially see a crash site, or any trace of the pilot among the remote 800-foot hills and towering 80-foot trees, Dobney said.

Petty Officer Byron Cross, whose usual duties are as a rescue swimmer, was lowered to a fire road, and he began to search the area. The helicopter crew continued combing the hills until one saw what they’d been looking for – a glint of light reflecting from among some broken branches.

Cross was directed to the exact site, and after some quick bushwhacking, found the pilot – alive – although he was trapped in a tangle of debris.

Superstructure of the submarine USS Loggerhead arrived in Astoria about midnight Monday after a trip downriver from Portland aboard a Western Transportation Co. barge.

The 15 to 17 ton fairwater is destined to become an exhibit in the Columbia River Maritime Museum’s 17th Street waterfront park.

In the meantime, it will be stored at the Port of Astoria after unloading Thursday morning by the port’s steam crane. Rees Williams, assistant port manager, said the superstructure will be placed in the yard near the Port Plywood building.

Preparation of a site for the superstructure probably will take several months, according to Rolf Klep, maritime museum director.

A townhouse concept for development of about 45 acres in the south slope area was outlined for the Astoria Planning Commission Tuesday night by Ernie Garcia, Astoria, who purchased the tract from the city last year.

Garcia said development plans had been modified following engineering studies by Cornell, Howland, Hayes and Merryfield, Corvallis, to increase the number of residential units in the area. Engineering work indicated more units would be necessary to pay for cost of development, according to Garcia.

Six hunters died in the first weekend of the Oregon general deer season.

Two were asphyxiated in their camper, two died of heart attacks and two were shot to death.

Local hunters who have had itchy fingers for some time are preparing to take to their blinds Saturday morning for opening of the duck hunting season at 3 minutes to 7 a.m. With fewer shells than ever before, they will greet the 1944 duck season, which is expected to yield an even larger number of birds than the fruitful ‘43 season.

Cranberry harvest in the county begun this week. It is progressing satisfactorily, although there is a demand for more hands, according to a report from Don Jossy, county agent.

Jossy said recent sunny days have speeded ripening of the berries and that success of the crop is sure unless the bog area is hit by frost before the harvest is completed, probably the middle of November.

A possible explanation of the poor returns of salmon from the fry produced at the Klaskanine hatchery is offered by Henry McGowan, veteran packer of McGowan, Wash. He thinks it may result from the deposit of bark and splinters on the Lewis and Clark and Young’s River.

The Oregon State fish commission met here today with fish packers, fishermen and members of the legislative interim committee to study budget proposals that will include request for direct state aid.

The commission and industry members discussed a budget they will prepare to introduce along with request for legislation to permit direct state aid. The request will propose that all special fees and poundage taxes now paid by the industry shall go into the general fund of the state, and the state shall make a biennial appropriation for operation of the fishery department.

A mayor’s committee recommended Monday night that the City of Astoria subsidize a private bus operator, either through regular budget funds or a serial levy, to keep a bus system going in the city.

Bill Hoag, operator of the financially troubled Astoria Transit System, told the city council he disagreed with the committee’s recommendation and presented petitions bearing the 469 signatures urging the city to take over the bus system.

Hoag, who has said he will quit the bus business at the end of 1970, has offered the system to the city for $1.

Clatsop County 4-H club members returned from state 4-H work by placing one girl as the grand champion, capturing numerous blue and red awards, while giving close competition to champions in many fields.

Board of directors for the Astoria Chamber of Commerce Friday endorsed the application of the Roy F. Owen Co. for franchise to operate a passenger air line service out of Astoria to Portland, via Kelso and also the Oregon coast.

The board took the action to affirm its policy of promoting, whenever possible, development of both air passenger and freight traffic here.