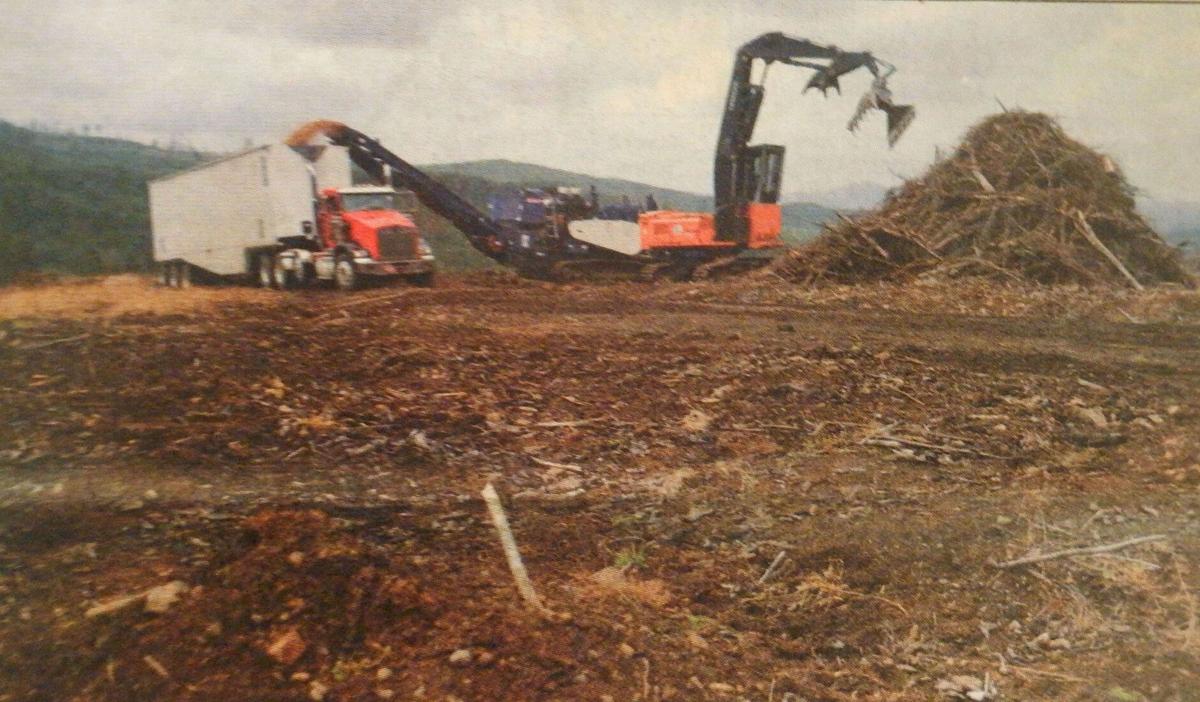 At a logging site southeast of Astoria, workers with Biomass Harvesting cleaned up branches and woody debris in 2010 left from timber harvests on land owned by the Campbell Group. 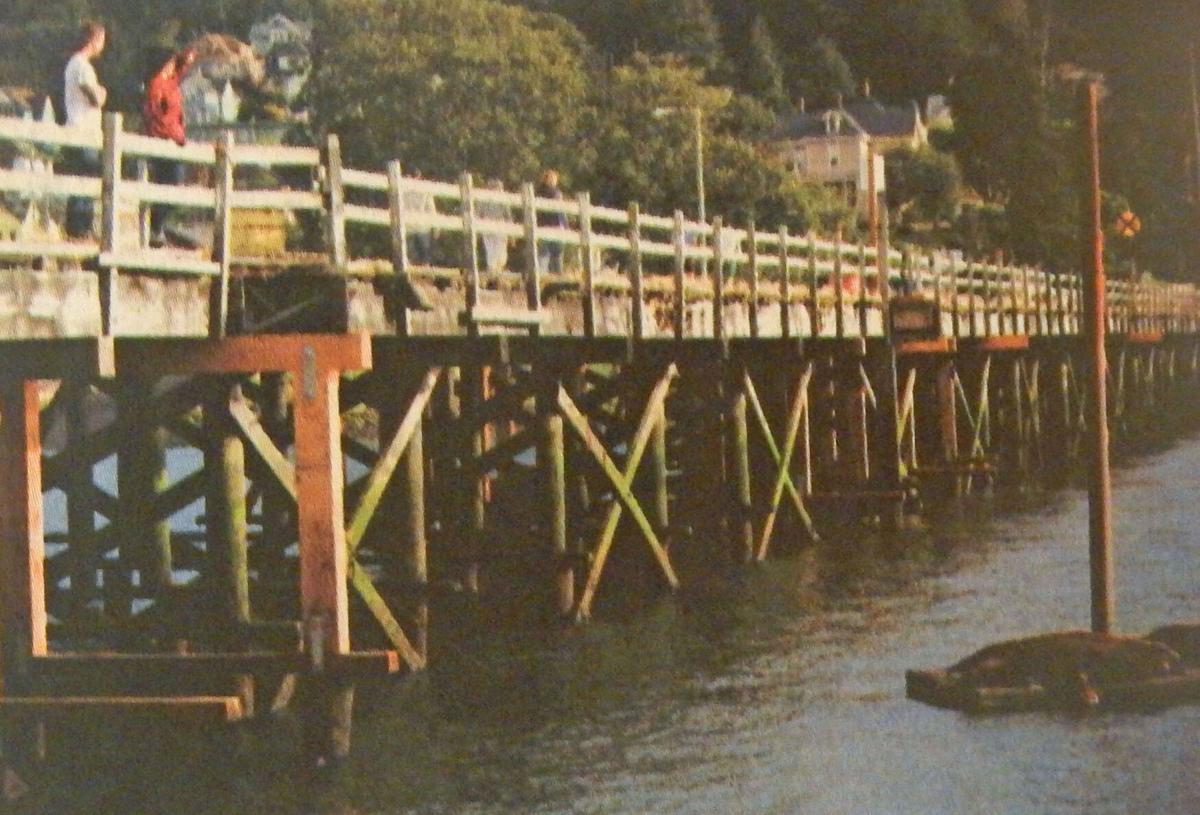 Visitors to the East Mooring Basin observe the bevy of sea lions from atop new pilings built with untreated wood in 2010. 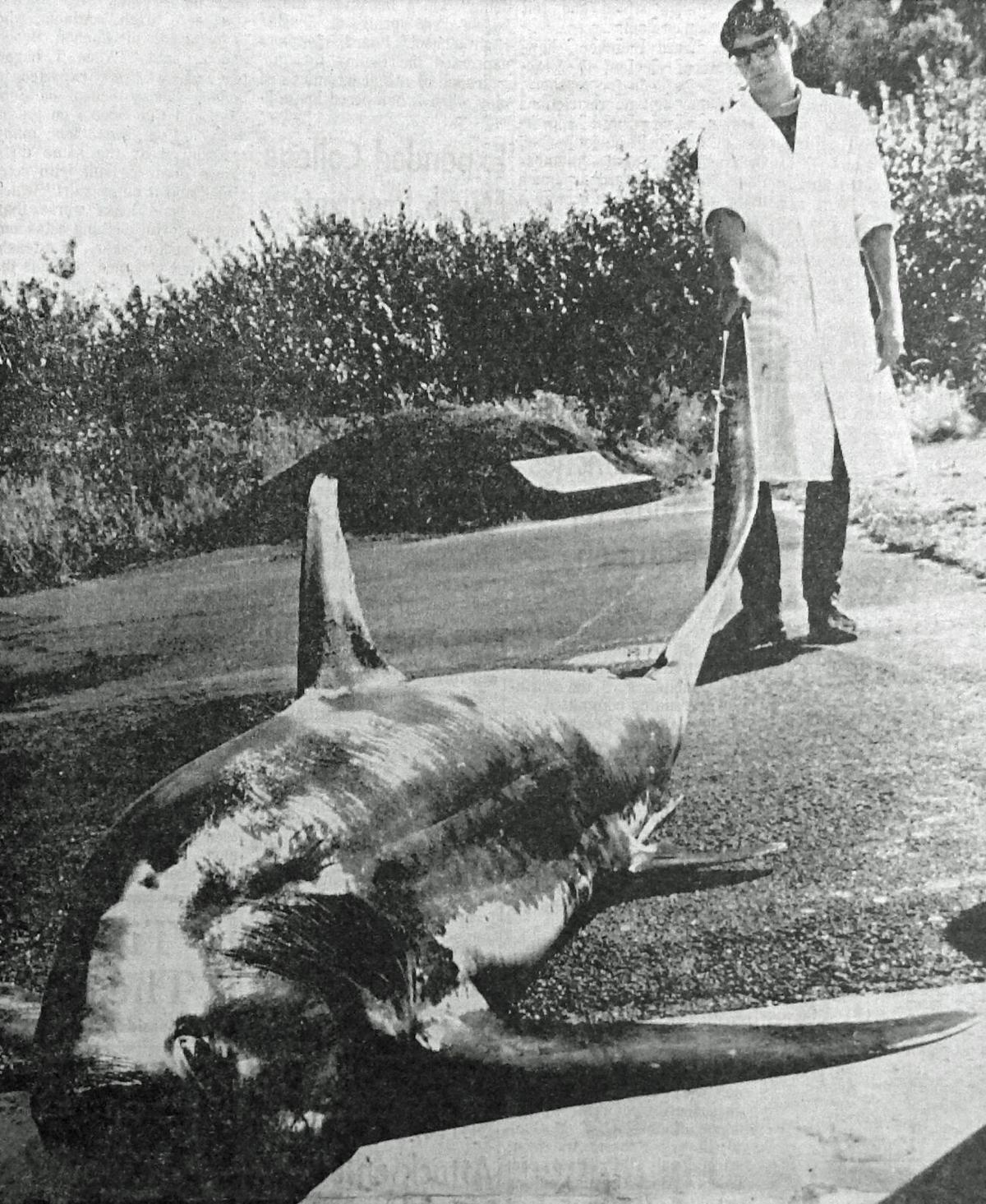 Dennis Dubek, a laboratory assistant at a seafoods lab, maneuvers the carcass of a shark caught by a shrimp boat in 1970. The lab intended to use portions of the skeleton for display purposes. 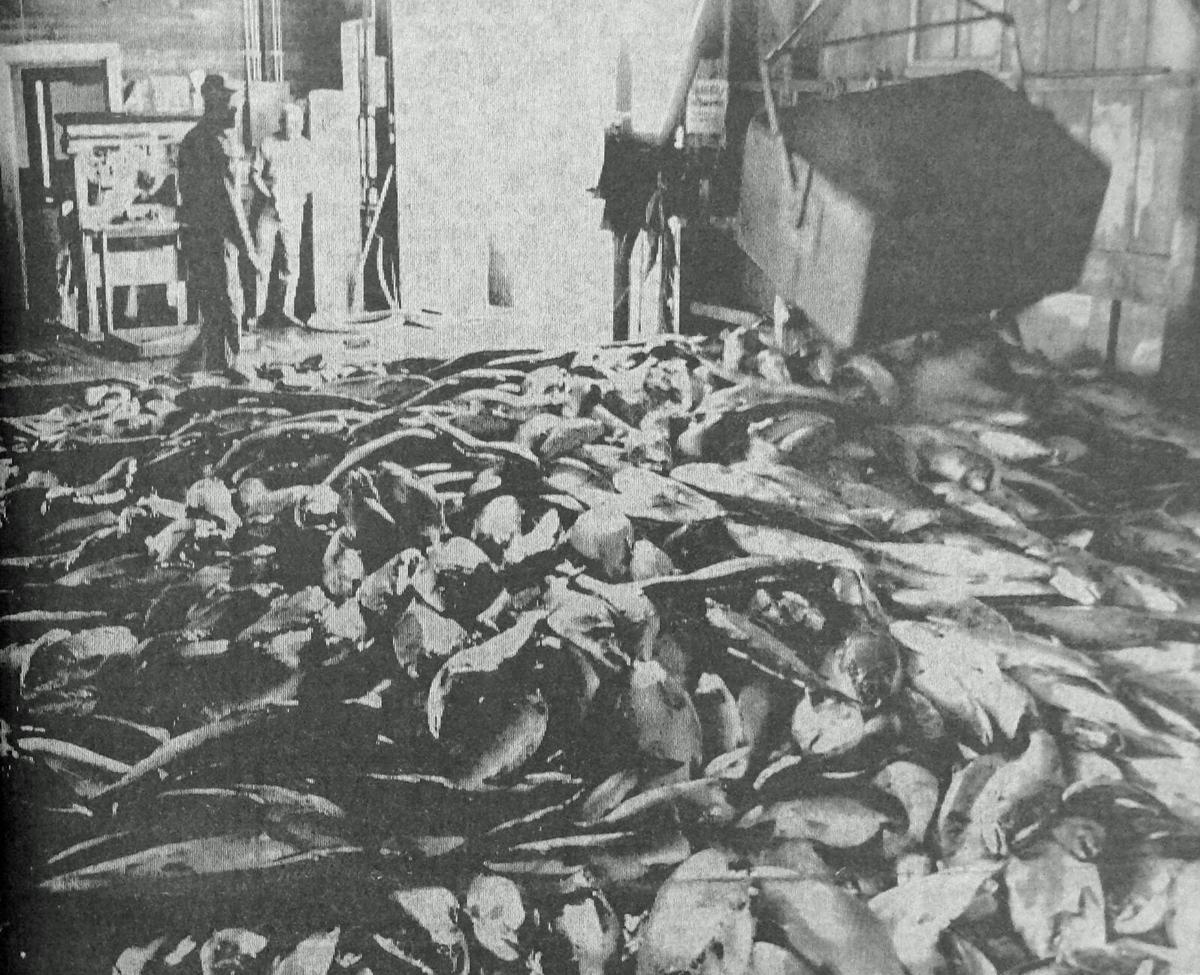 Tons of salmon, caught in the fall commercial season in the Columbia River, await processing in the Bumble Bee Seafoods cannery in 1970.

Graduates of the Tongue Point Job Corps Center in 1970.

At a logging site southeast of Astoria, workers with Biomass Harvesting cleaned up branches and woody debris in 2010 left from timber harvests on land owned by the Campbell Group.

Visitors to the East Mooring Basin observe the bevy of sea lions from atop new pilings built with untreated wood in 2010.

Dennis Dubek, a laboratory assistant at a seafoods lab, maneuvers the carcass of a shark caught by a shrimp boat in 1970. The lab intended to use portions of the skeleton for display purposes.

Tons of salmon, caught in the fall commercial season in the Columbia River, await processing in the Bumble Bee Seafoods cannery in 1970.

Graduates of the Tongue Point Job Corps Center in 1970.

The Astor Street Opry Company has announced the successful completion of its capital campaign to purchase the ASOC Playhouse at 129 W. Bond St. as the permanent theatrical home for the nonprofit community organization.

Judith Niland, managing director, was ecstatic at the news. “After 26 years, the dream of owning our own theater has finally happened,” she said.

“All who have been involved in this process realize this could never have happened without the dedication of this wonderful community to the homegrown ‘Shanghaied’ and all ASOC productions have a permanent home and will remain available for all North Coast community members and its visitors, now and in the future.”

The services in place for veterans, family members and current military service members at Clatsop Community College have earned the college recognition as a “Military Friendly School for 2011” by G.I. Jobs magazine.

This honor places the college in the top 15% of all colleges, universities and trade schools nationwide that strive to meet the needs of America’s veteran students.

Astoria, prepare to be boarded.

The last of this season’s cruise ships are on their way, bringing a rough total of over 12,000 people (crew and passengers) with them, said Bruce Conner, the cruise ship marketer for the Port of Astoria and the owner of Sundial Travel.

It’s out there, lurking in the woods, between the trees, in piles: Biomass.

Around 50 people participated in the annual forestry tour Thursday with the Clatsop Forestry and Wood Products Economic Development Committee. It was a chance for the group — which ranged from state Sen. Betsy Johnson and community leaders to interested citizens — to “stay informed on what’s going on in the forests, on what are the economic news items, hot topics or problems,” said Glenn Ahrens, Oregon State University extension forester.

This year’s hot topic was biomass.

The tour group visited two active forestry project sites, including one biomass harvesting site, and heard a presentation from a local company about a proposed biomass-based power plant.

SEASIDE – The private torment of many school boards — the subject of personal appearance and dress code — was introduced at Seaside’s school board meeting Monday evening by Joyce Williams, board chairwoman, who suggested that beards worn by district teachers were not in keeping with the proper image which she felt they should project.

Other board members, however, were reluctant to establish a dress code for teachers, saying they felt no restrictions were necessary until appearances became objectionable. Board member Paul See said, “A beard is much more acceptable than it was a year ago,” citing current fashion trends as a basis for acceptance of beards and mustaches.

Lancaster is believed to have been in the area primarily to tour island property he and others purchased more than a year ago in the lower Columbia. The island is Tenasillahe. Member of the purchasing combine include Herb Alpert, of the Tijuana Brass, and two attorneys, also believed to be from California.

Mayor and Mrs. Harry Steinbock will extend Astoria’s congratulations to Walldorf and present a myrtlewood clock to officials at the Walldorf City Hall.

Take some strangers from a myriad of backgrounds, problems, outlooks, and fears; and in an unfamiliar climate; season with a few learn-’em-the-hard-way lessons; simmer with the patience of dedicated instructors, and a few months later, dish out a collection of very proud graduating corpswomen.

Such was the impression Tuesday when 38 Job Corps women graduated in ceremonies at the Tongue Point Job Corps Center, bringing the number of corpswomen graduated at the center to 211 since July 1.

The Tongue Point Job Corps Center has reached a new high in the percentage of young women graduating from training at the center.

Assistant Director Waddell Snyder said Tuesday night that in the past month the center had 45% of its corpswomen in category one, meaning those who have been at the center at least 180 days and have completed their vocational programs.

Beginning Sept. 28, the Navy will make one-third of the 287 men in “ship’s company” available for transfer; another third on Oct. 5; the last group on Oct. 12, the day the school is expected to be decommissioned.

How gainful deep sea fishing has been for aggressive fishermen in this region is reflected in the way a local fisherman made good in the eight years since he left Finland.

Eight years ago Veikko Romppanen arrived here from Finland. In a short time he went fishing in a small troller. In another season or so he obtained a larger troller, the Valhalla. He was making good, but could do better in a larger boat. Today he is owner and skipper of the deep sea fishing boat Valhalla II, a 48-foot craft. It was recently launched at the Columbia Boatshop, and is back from its maiden trip.

Astoria today launched plans for her biggest U.S. Navy Day celebration on Oct. 27. At a luncheon meeting at the American Legion club, representatives of the Navy and other armed forces met with representatives of official and civic bodies to formulate and carry out an extensive program.

Taking exception to the declaration of the county industrial commission to the highway commission that the present Astoria-North Beach ferry service is inadequate, Fritz S. Elfving, operator of the service, today issued a statement in which he claimed that any occasional inadequacy has been due to war conditions over which he had no control and that he should not be held responsible. Moreover, he revealed his plans for the future which he contends will improve the service and eliminate such complaints as have been made.

WASHINGTON — Six of the U.S. Navy’s air stations in the Northwest will be declared surplus during the last quarter of this year, releasing the installations for disposal, Assistant Secretary of the Navy for Air, John L. Sullivan, testified late Thursday before the U.S. House Naval Affairs Committee.

Full operations will be maintained at the Astoria and Whidbey Island, Washington, air stations, he said.

Two first place awards in the 1944 Oregon cities traffic safety contest, sponsored by the safety division of the secretary of state’s office, went to cities in this area today.

Astoria received a first place award for cities in the 10,000 and over population classification, the award being presented to Mayor Orval Eaton. Astoria was the only city in its population class to go through the year 1944 without a traffic fatality.