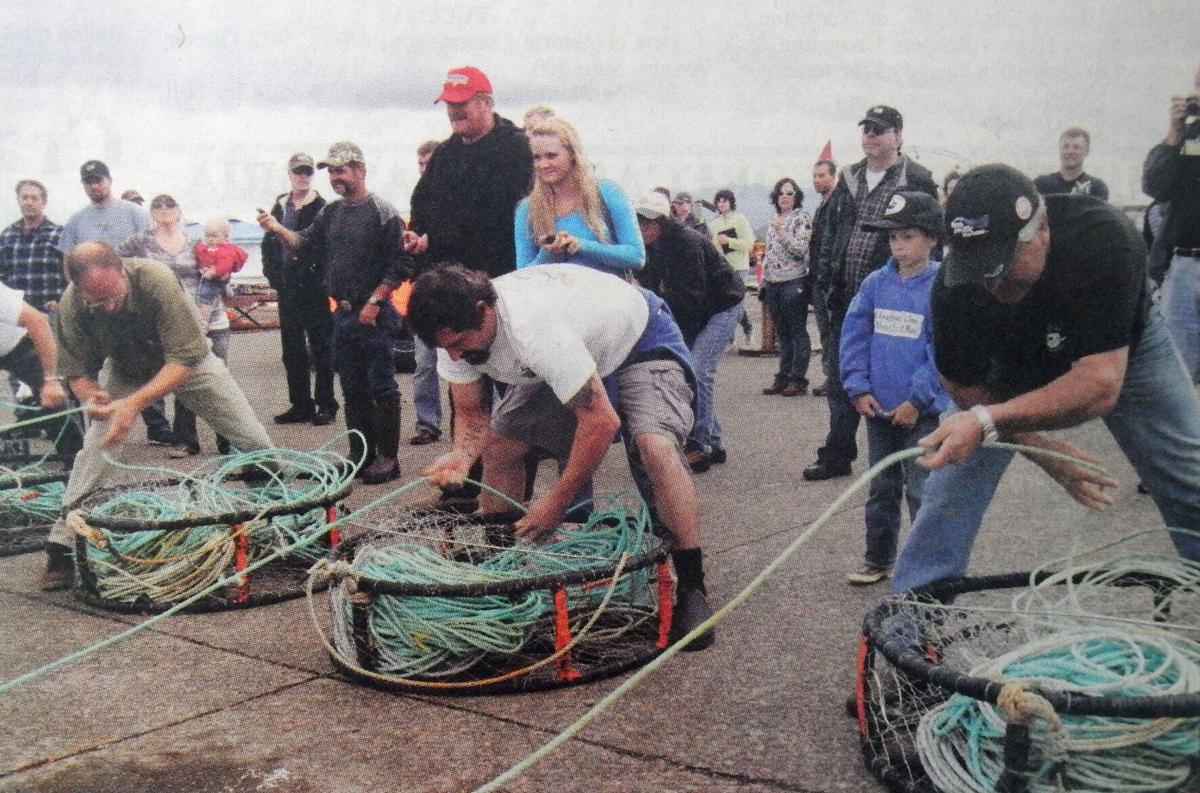 The rope coiling race was one of the closest contests of the Commercial Fishermen’s Festival in 2010. Contestants had to coil about 50 yards of rope, including floats, inside an open crab pot. 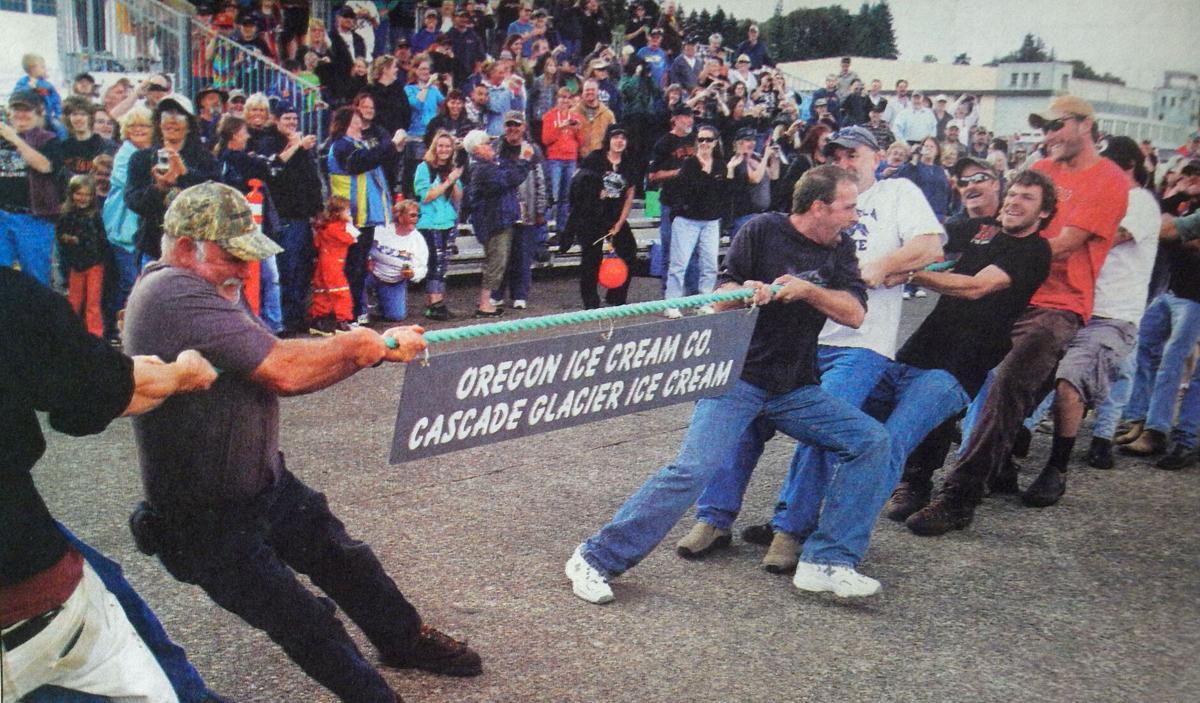 The commercial fishermen defend their title against the loggers in the tug of war event in 2010 at the Commercial Fishermen’s Festival.

The Norwegian Pearl prepares to unload cruise ship visitors at the Port of Astoria in 2010.

Students at Lewis and Clark School participate in parachute exercise in 1970. 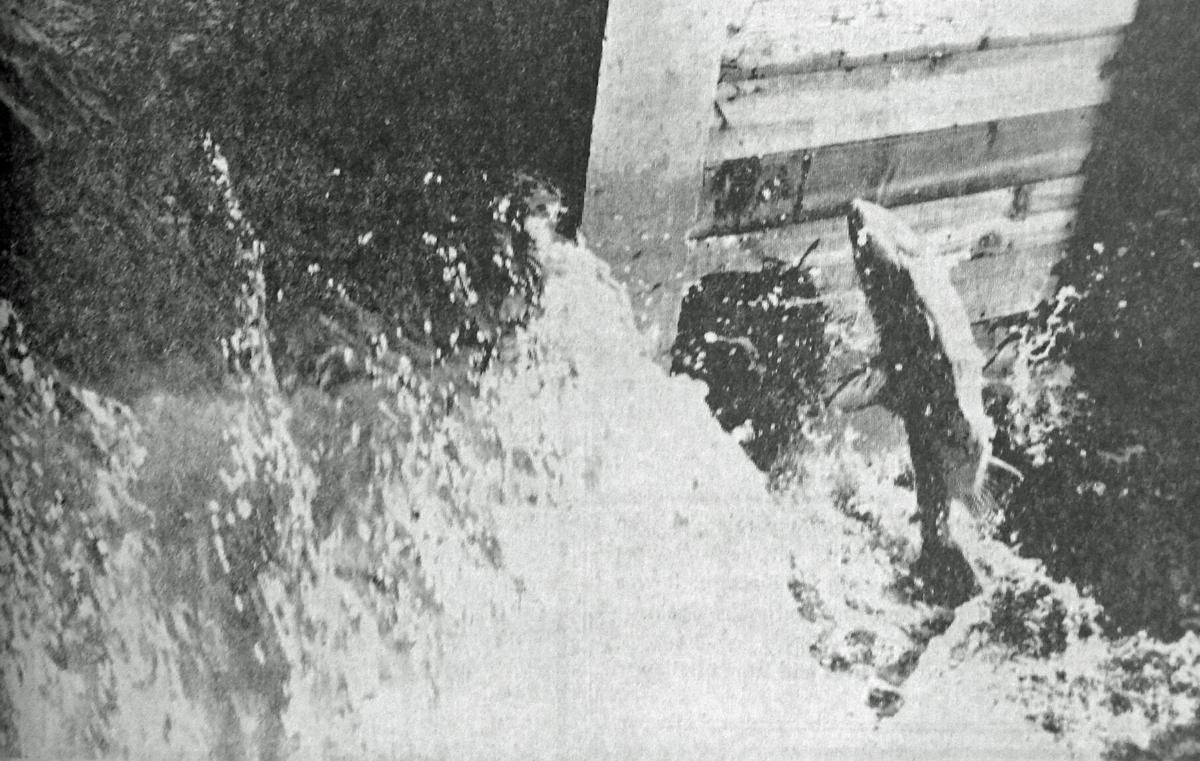 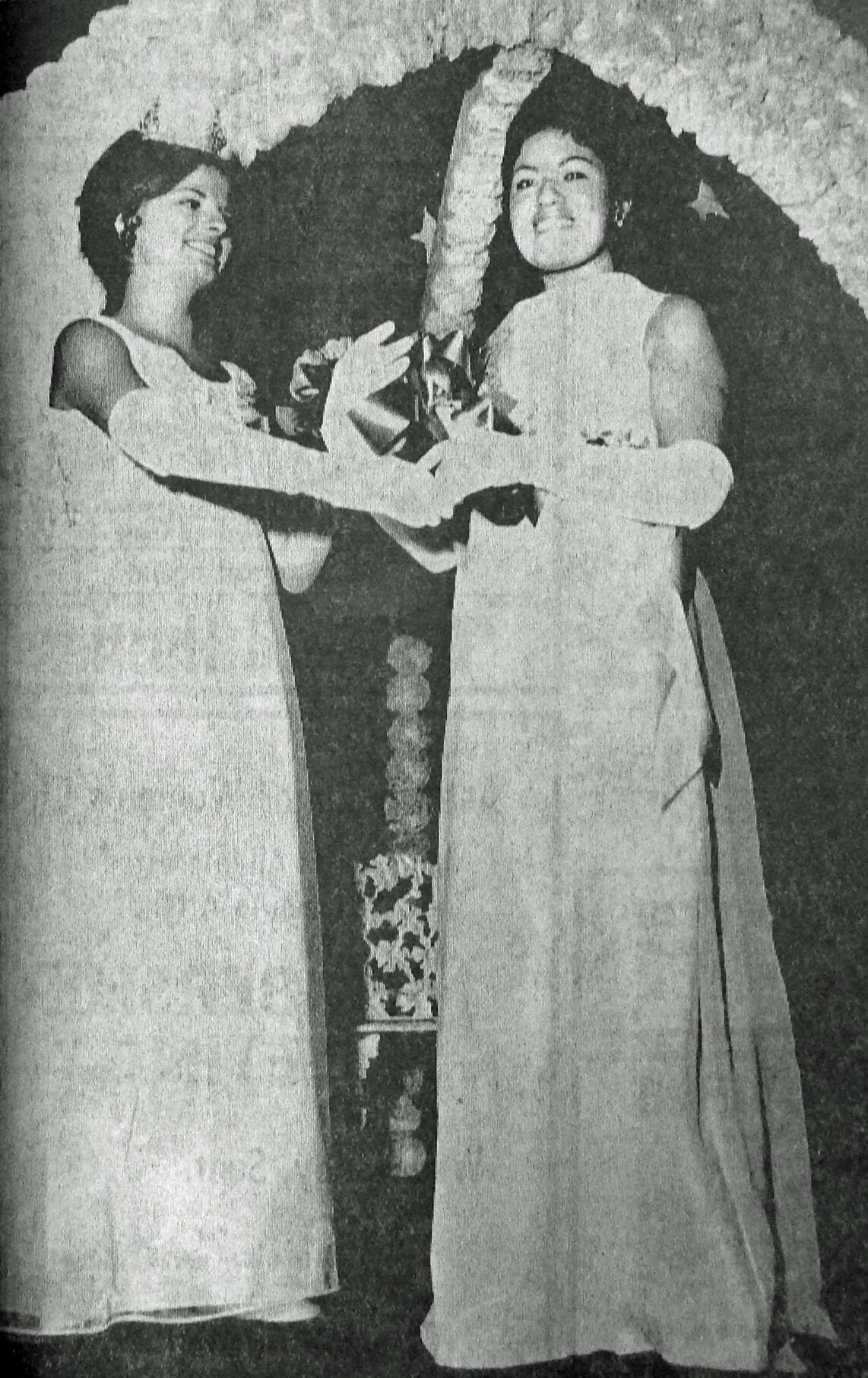 The rope coiling race was one of the closest contests of the Commercial Fishermen’s Festival in 2010. Contestants had to coil about 50 yards of rope, including floats, inside an open crab pot.

The commercial fishermen defend their title against the loggers in the tug of war event in 2010 at the Commercial Fishermen’s Festival.

The Norwegian Pearl prepares to unload cruise ship visitors at the Port of Astoria in 2010.

Students at Lewis and Clark School participate in parachute exercise in 1970.

It was fitting that the Unangax Indian dance should start the 2010 Commercial Fishermen’s Festival because Native Americans were the first commercial fishers in the area. Coastal and river tribes traded and sold salmon and other fish species to inland tribes. Later, they would trade fish to fur traders, explorers and settlers as well.

“We were here 10,000 years before the white man,” said Becky Bendixen of King Cove, Alaska, who led members of her tribe, the Unangax, in various native dances before a captivated crowd at the Tongue Point boatyard. Her group’s name, “Snagim Axasniikanigin” means “dream dancers” in her native language.

Guests at the Astoria festival were fortunate to experience a good amount of sunshine both Saturday and Sunday that allowed them to enjoy a variety of local seafood, tough competition and dozens of booths from local businesses. They were also able to chat with cast members from the TV show “Deadliest Catch.”

Tinker with the genetics of salmon and maybe you create a revolutionary new food source that could help the environment and feed the hungry.

Or maybe you’re creating what some say is an untested “frankenfish” that could cause unknown allergic reactions and the eventual decimation of the wild salmon population.

The Food and Drug Administration is hearing both arguments today as part of a two-day meeting on whether to approve the marketing of the genetically engineered fish, which would be the first such animal approved for human consumption. The agency has already said the salmon, which grows twice as fast as conventional salmon, is as safe to eat as the traditional variety.

She examines her green beans, clucks over her carrots and exclaims over he cabbage.

But Thiers doesn’t limit her enthusiasm to her own plots in Seaside’s two community gardens. She points to plots planted by local 4-H students and another youth group. She congratulates Hank Johnson, the “farmer” next to her for successfully growing what she says must be the only cucumbers in Clatsop County this year, because of the cool weather.

An avid gardener since she helped her father work his Victory Garden during World War II, Thiers, 76, is the manager of the Sunny Hunt garden behind Sunset Pool operated by the Sunset Empire Park and Recreation District. The garden is named after an Oregon State University Extension agent in Clatsop County who advocated for community gardens when they were a new idea in the county.

Thiers is delighted about her gardens’ abundance this year.

An ordinance annexing the Blue Ridge area to Astoria is closer, the city staff told City Council members Monday night. Fred Long, assistant to the city manager, said just about the only action left before annexation can start is obtaining the signatures of Blue Ridge residents to dedicate the streets in the area to the city.

Blue Ridge residents petitioned for annexation, several months ago, not long after a pre-dawn house fire there killed two young children. Blue Ridge didn’t have contracted fire protection at the time but since has arranged for protection from the city.

Astoria has written American Metal Climax that it doesn’t have the water supplies to furnish the 2 million gallons of water daily which the firm inquired about regarding it’s planned Warrenton plant.

A letter from City Manager Dale Curry, written Monday, says the city has had worries about its water supply during dry times of the year and said the city couldn’t provide 2 million gallons daily.

An American Metal official, at the company’s Ferndale, Washington, plant, said today the company was exploring various alternatives on water supply and indicated that Astoria’s answer wasn’t a serious setback.

The physical education department at Lewis and Clark School takes exception to a recent wire service news story that stated the Seattle school system was first in the Northwest to use parachutes as part of PE classes.

Girl’s physical education instructor at Lewis & Clark, Violet Carruth, has used a parachute in her classes for two years and has introduced this into the PE program here last September. Both she and boy’s physical education and health teacher, Max Bigby, work together with mixed groups in the first through third grades.

Why a parachute for exercise class purposes?

Bigby said boys and girls of younger years learn to work together as a team in performing the exercises and, at the same time, are developing arm and shoulder muscles plus hand dexterity.

KNAPPA – Although the huge invasion of spawning fall Chinook salmon has prevented complete updating of records, Vern Knowles, superintendent of the Oregon Fish Commission’s Big Creek Hatchery believes there are twice as many returning Chinooks this year as any of the seven years he has been in charge of the hatchery.

“It looks like twice as many as last year and there are considerably more than any other year,” Knowles said Wednesday, after he and his crew had removed approximately 1.7 million eggs from about 350 fish for shipment to the Cascade Hatchery above Bonneville Dam.

For more than a week now, Big Creek below the hatchery has had a continuous mass of big, ripe salmon splashing through the shallow waters, most of them heading for the hatchery, but many of them spawning in the gravel beds below.

Five Astoria-commissioned escort aircraft carriers were sunk during the war and 10 others of the 50 sent to sea from the naval station here were bruised and bloodied in battle, the 13th naval district said today in telling how they died and in what manner the wounded had suffered.

In the days of ’43 and ’44 when the Kaiser-built “jeep” flat-tops were churning into Astoria from Portland and Vancouver, Washington, sailors filled streets here who later filled casualty lists as the Liscome Bay, the Gambier Bay, the Saint Lo, the Ommaney Bay and the Bismarck Sea were lost to enemy action.

The first to go was the Liscome Bay. She was hit and sunk off Tarawa in the Gilbert Islands on Nov. 24, 1943, by a submarine torpedo.

The second to die was the Gambier Bay. On Oct. 25, 1944, in the great battle for Leyte Gulf which ranged east of Samar Island in the Philippines, she was the target of over 26 gun hits from the nip fleet.

Local enterprise in Willapa Bay is making a comeback for the important place that region once held in seafood processing.

The South Bend Oyster Co. has opened a new plant in South Bend, Washington. An opening table employing 10 oyster workers has been provided. Quarters of the new plant are in the building recently occupied by the U.S. Coast Guard. Improvements have been made in the building, including all metal construction of grading and packing rooms. The Coast Guard armory vault is now fitted out as a cold storage room. Live steam is provided for sterilization.

Three of Clatsop County’s six major lumber milling and processing operations were closed down at midnight Sunday night by the industrywide strike of AFL sawmill workers in the northwest states.

An estimated 390 men were out of work in the three Clatsop County mills affected.

All three mills were down 100%. The striking workers, as nearly as could be determined, were staying quietly at home or employing the opportunity to get in a little fishing.