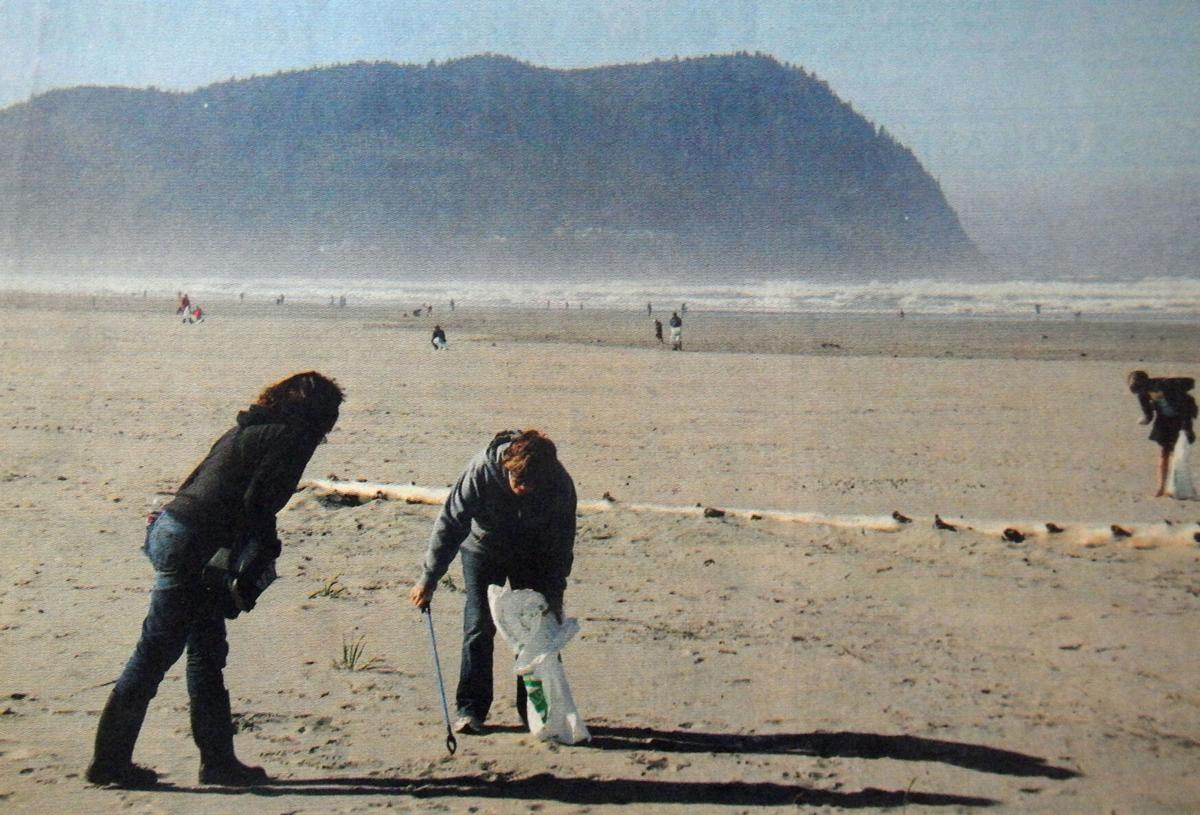 Denise Russell, left, helps Karen Duggan as she picks up trash at the beach in Seaside. Russell and Duggan brought nine Girl Scouts from Beaverton to help with at the SOLVE beach cleanup in 2010. 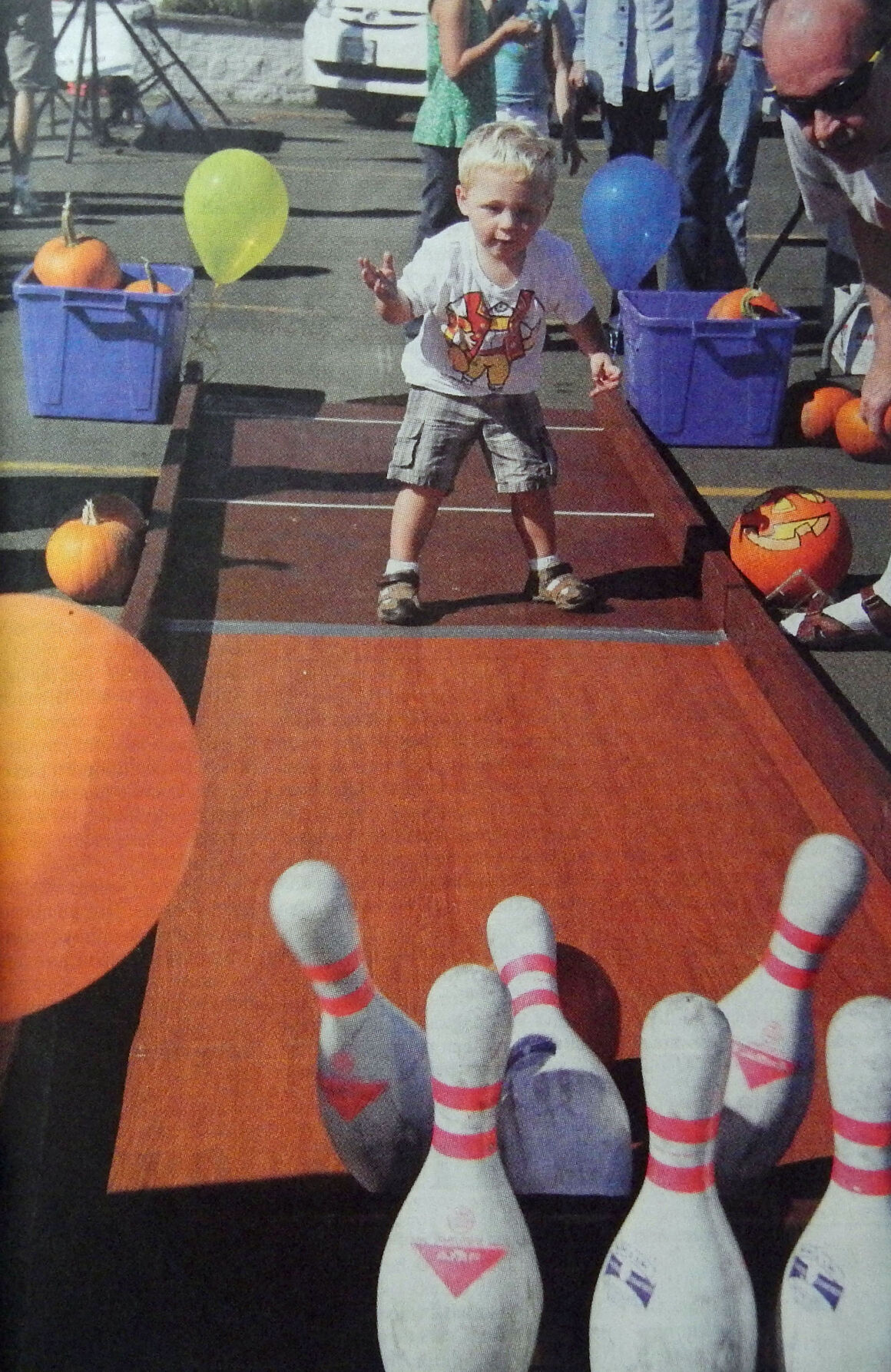 Kane Perry, of Surf Pines, bowls with a pumpkin during the Great Pumpkin Weigh Off in Seaside in 2010. 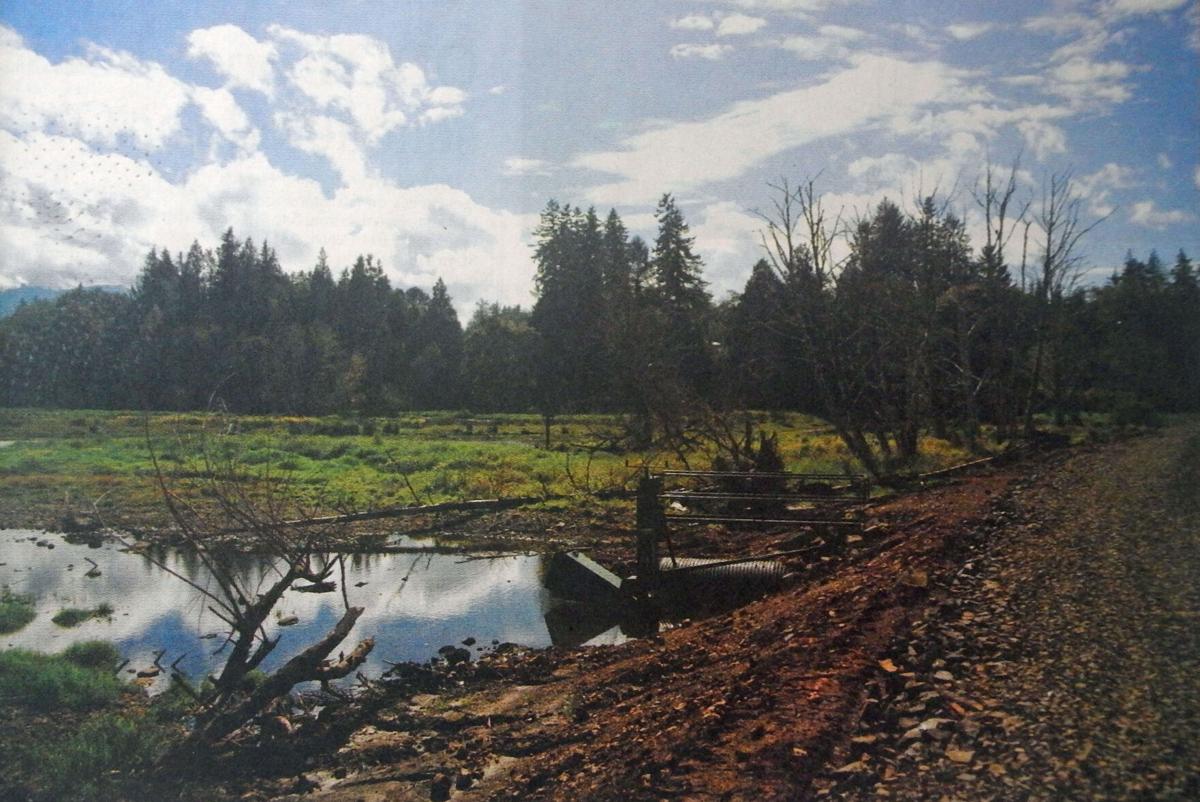 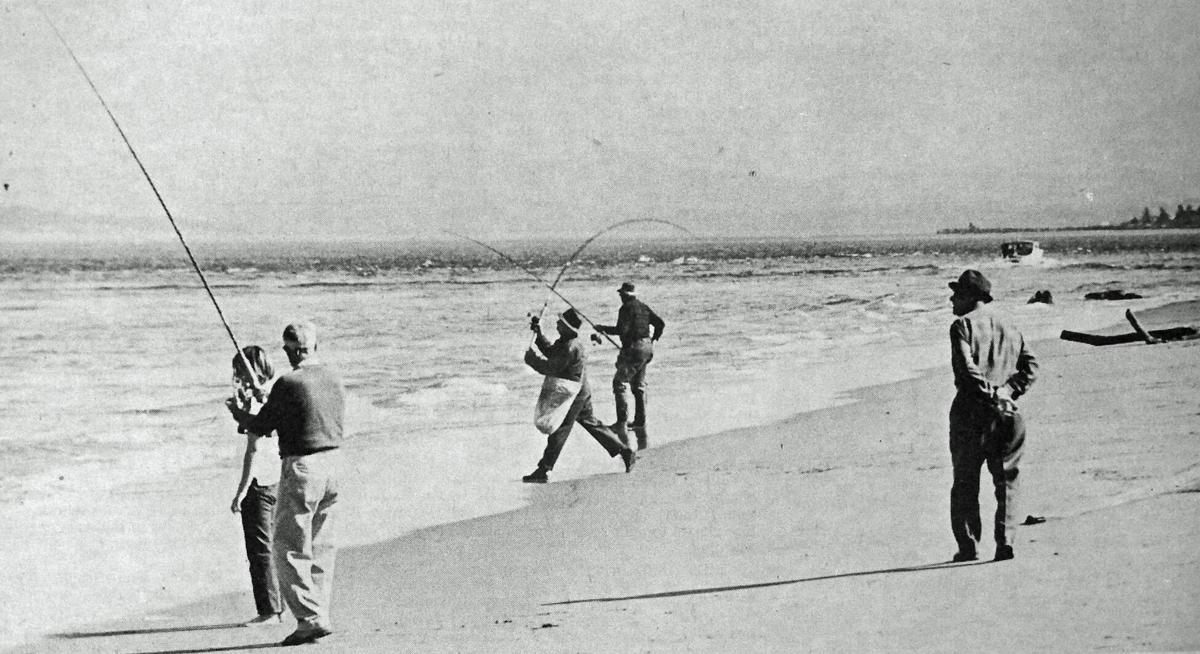 Residents and vacationers surf fish during an Indian Summer in 1970. 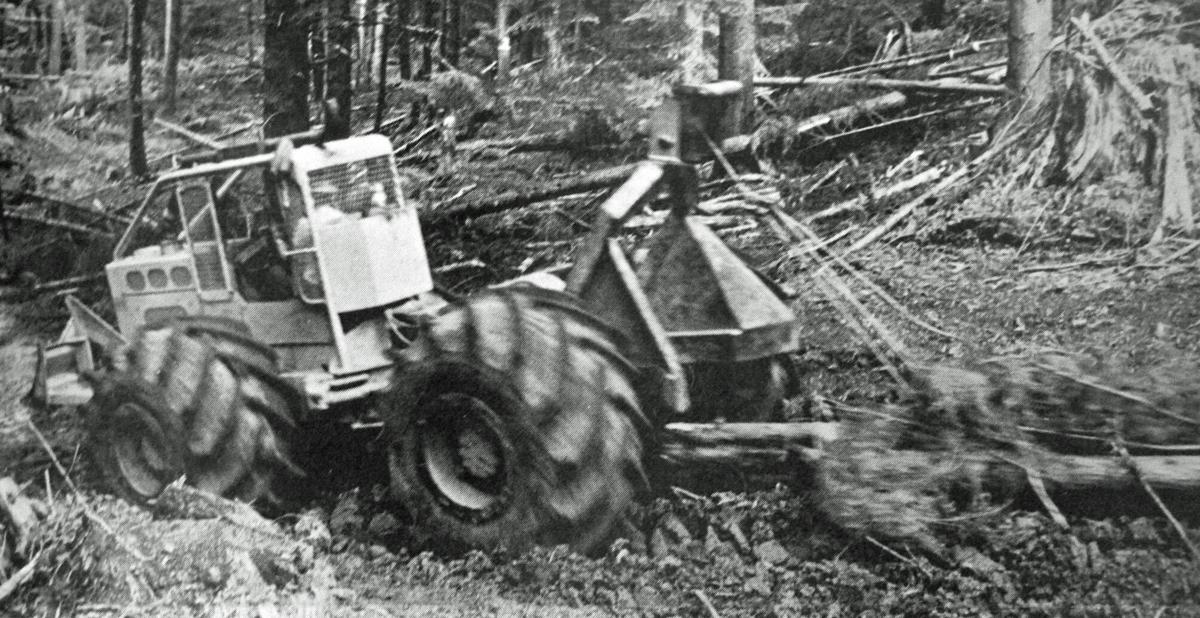 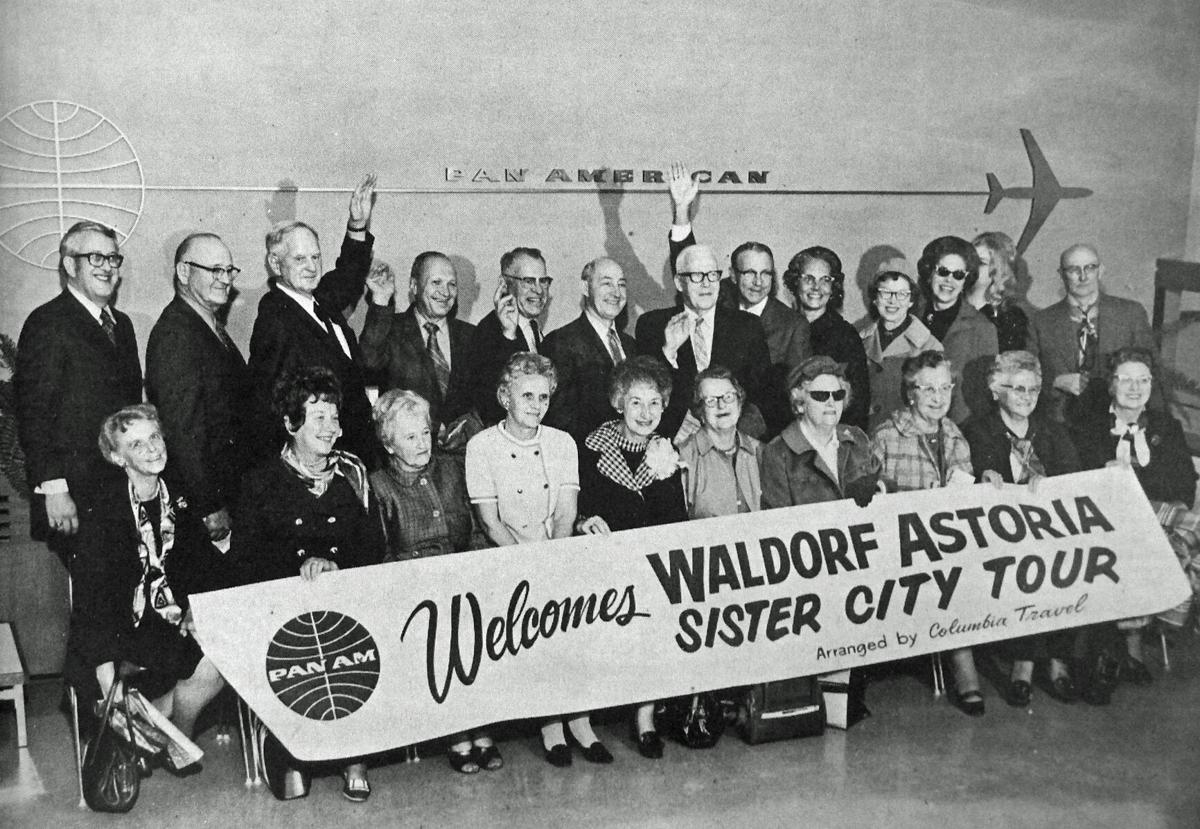 Denise Russell, left, helps Karen Duggan as she picks up trash at the beach in Seaside. Russell and Duggan brought nine Girl Scouts from Beaverton to help with at the SOLVE beach cleanup in 2010.

Kane Perry, of Surf Pines, bowls with a pumpkin during the Great Pumpkin Weigh Off in Seaside in 2010.

Residents and vacationers surf fish during an Indian Summer in 1970.

KNAPPA — The sun was shining and water was whirring through the newly-installed tide gate at Warren Slough near Knappa on Monday.

It looked like someone had come through with a broom: the water swept into respectable pools between low and high tide and the different metal and wood pieces of the washed-out rail line were in neat piles.

The tide gate and an accompanying culvert represent a point of balance for the multiple agencies involved in Warren Slough.

A series of breaches and washouts at the slough’s railroad dike roughly five years ago did several things:

• Allowed a lot more water to flow through the area, creating what some saw as ideal habitat for juvenile salmon. Local conservationists and the National Oceanic and Atmospheric Administration wanted to preserve the naturally restored wetlands.

• Damaged nearby landowners property and threatened the bridge owned by Clatsop County on Ziak-Gnat Creek Road.

• Turned into a tangle of agencies and interests.

But despite everything — all the meetings, setbacks, interests and arguments — a tide gate was installed at the end of August and appears to be working.

“I think everyone should be happy with the results,” Gary Ziak, a landowner, said.

SEASIDE — Shortly after moving to Seaside in 1984, Coral Cook participated in the first SOLV beach cleanup. And she’s worked on every one since.

On Saturday, the Seaside woman was among 6,135 volunteers who turned out for the statewide SOLV Beach and Riverside Annual Cleanup, held for the 26th time and the nonprofit’s biggest effort yet.

Alarmed by the dangers of plastics to wildlife, Oregon Department of Fish and Wildlife employee, Judi Neilson Hanson, and Eleanor Dye, of the Oregon Sanitary Service Institute, organized the first statewide beach cleanup, and SOLV helped. SOLV (Stop Oregon Litter and Vandalism), founded in 1969 by Gov. Tom McCall, has partnered with the Ocean Conservancy to give the event global impact. Since then, annual beach cleanups have spread to every state in the United States, all U.S. territories and more than 100 countries. This year, the 362-mile Oregon Coast and more than 100 inland waterways were targeted for cleanup.

After a 2 1/2 month delay, Circuit Court Judge Donald Kalberer, of St. Helens, rules over the weekend in favor of the Port of Astoria in its forcible entry and detainer suit against Sea Fare Inc., operators of the Sea Fare Restaurant at the West Mooring Basin.

Larry Dean, attorney for Sea Fare, said the brief decision merely stated that the plaintiff was entitled to possession of the property, which is owned by the Port of Astoria and was leased to Sea Fare. The lease expired Dec. 31, 1969, and there has been no renewal while the Port and restaurant operators were involved in two court cases.

SEASIDE — An application to the U.S. Army Corps of Engineers by Kona Equipment Co. to rip-rap 800 linear feet along the Necanicum River for development of the marshland area has been opposed by the Clatsop Soil and Water Conservation District. The district believes the project will impede flood control in south Seaside.

Site of the proposed rip-rap is just south of the Avenue C Bridge, between Avenue N and Lewis and Clark Way, where the Necanicum branches into two streams and is bordered by a 10-acre marshy area on the west. William R. Manion, real estate representative for Seaside-based Kona Equipment, explained rip-rapping along the area would contain the river and reclaim the land that is periodically flooded during high tides.

To file objections to the proposed dam at The Dalles, a delegation representing the Columbia River fishing industry will go to The Dalles for a hearing next Saturday morning which the U.S. Army Corps of Engineers will hold. The dam, the fisheries people contend, will do irreparable damage to the salmon runs.

The Native Americans who fish at Celilo Falls are also protesting the building of the dam as it will drown out their established fishing grounds. Oregon and Washington state officials of the fishery departments will also be present.

Some employees of local canneries trace progress in the fishing industry to the day that coffee was first served on the job between meals during the canning season.

Progress has leaped again. Not only cannery employees but also other members of the firm and fishermen may now have lunch at the Columbia River Packers Association Elmore Cannery. Instead of the one coffee cook and her kettle, the local packing firm has a force of nine people, an excellent kitchen and a dining hall, 70 feet by 40 feet, well-lit and attractively designed. There are tables for 165 people. Several hundred can be served in an hour during the canning season rush.

Prospects for a publicly operated trans-Columbia River ferry service in Astoria were considerably brightened by a conference Wednesday afternoon between highway officials and representatives of Clatsop and Pacific counties, the city, Port of Astoria, the Astoria Chamber of Commerce and the Clatsop industrial council. The conference was held pursuant to action by the highway commission Monday in directing its engineering and legal staff to explore the proposal and submit back recommendations.

The only change in the sawmill strike situation in Clatsop County Wednesday was the return to work of striking CIO mill workers at the Wauna lumber company plant.

The local union there had striked on Sept. 14 over a purely local issue. A federal conciliator had offered a program for settlement of the dispute, which union members accepted Tuesday. They returned to the work Wednesday and the mill was in operation.

Thousands of modern ships, large, fast and sturdy, have slid down the ways to sail the seas, but there is still more than enough water and business for the coastwise steam schooner.

Two of these old ships, which duck in and out of ports in fair and foul weather, are back in the Columbia River after and absence of several years. At least one of them might be under independent charter. Local longshoremen renewed their acquaintance with the Daisy Gray in Warrenton and Wauna, where she picked up lumber. Loading at St. Helens today is the steam schooner Peter Helms, also on the “comeback” run.

These two vessels have been running between Coos Bay and California ports in the lumber trade for several years.

Operation of local tuna canneries will cease for the year in a short time unless new deliveries are made soon. In contrast to last season when plants operated for months on frozen stocks, the present cold storage holdings are very light.